LEGO have released hundreds of Star Wars sets. Some have been good others have been great, but I am here to discuss the downright bad. This list will consist of 10 worst LEGO Star Wars sets that I personally think are inaccurate, poor value for money or just look bad. So, without further ado we start at number 10… 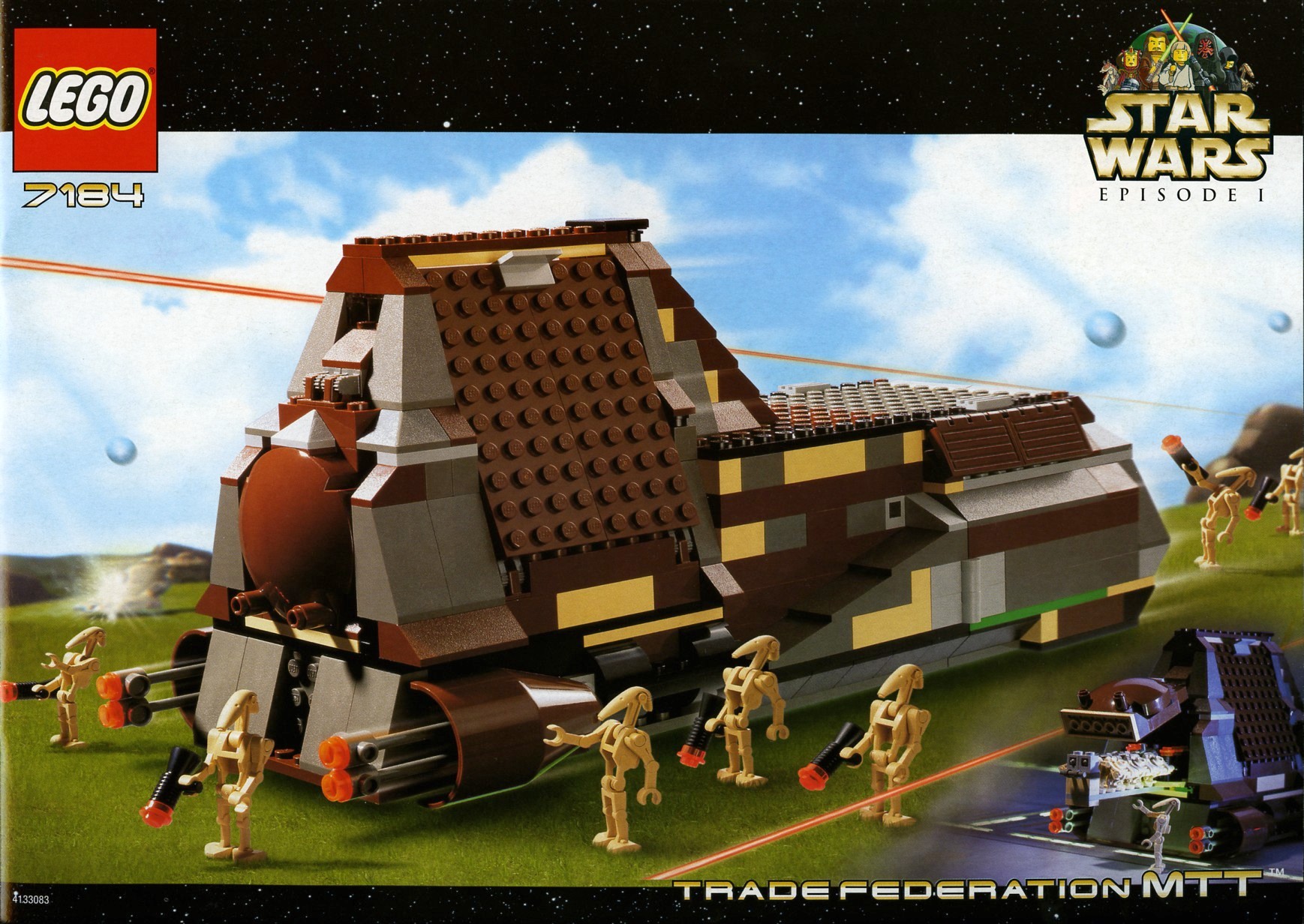 At number 10 is the original MTT which I think many will agree is a bit of a mess. It has 470 pieces, 7 minifigs and cost £39.99 back in 2000. These are respectable figures, 470 pieces for £39.99 is not bad and 7 Battle Droids is ok. But the set really falls flat when it comes to the colours used. The mix of tan, grey, black, and green (yes green on an MTT) on what should be an all-brown set really detracts from the overall appeal of it.  This set is eye catching for all the wrong reasons and it’s a shame the true colour scheme wasn’t kept to as it probably would have looked decent for a 2000 MTT because the general shape and design is actually good for the time. 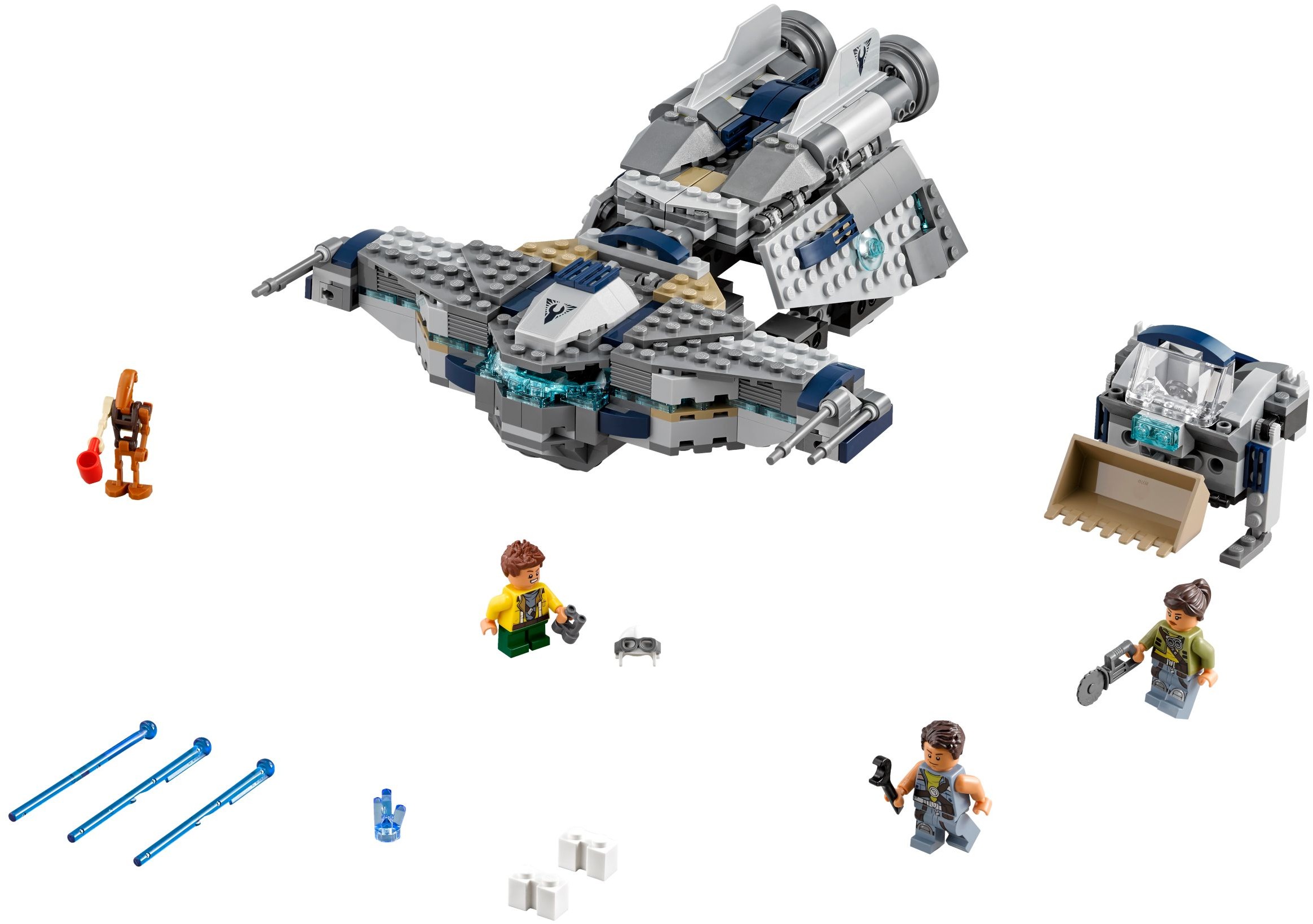 At number 9 we jump forward to 2016 to a LEGO original Star Wars ship from the animated show The Freemaker Adventures. This set makes this list as I never really liked the style of the ship. The 4 minifigs are only appealing if you like the show and whilst I do like the trans-blue accents on the ship, it is let down by the gaps in the back of the ship where the side plates do not even cover up the sides fully. Furthermore, the little side-build is just plain ugly. The legs are disproportionately small, and the body is just too blocky looking. Also did I mention this set cost £54.99? Enough said, onto number 8.

At number 8 is a set that looks pretty good. The Naboo starfighter released in 2015 was one of the best looking Naboo starfighters released with a pretty good selection of figures (9 in total including the Destroyer Droids) and had 442 pieces. So why is this set at number 8 on the worst LEGO Star Wars sets released? Well, simply, it costs £54.99. This is quite steep in my opinion for a Naboo Star Fighter as the 2011 version only cost £40 and the 2007 version only £30 and that came with a vulture droid. Heck, the UCS version cost less than this and it had chrome pieces.

I think I have made my point on the price quite clear however, this set really grinds my gears as it looks like a big money grab by LEGO and what I mean by this is that there is 3 small pointless side builds which serve no purpose to the set other than bumping up the piece count to justify a £54.99 price point. It could have easily have been £45.00 without these side builds, which I would still see as quite a lot, but it is still better than £54.99. On to number 7, a set riddled with inaccuracies. 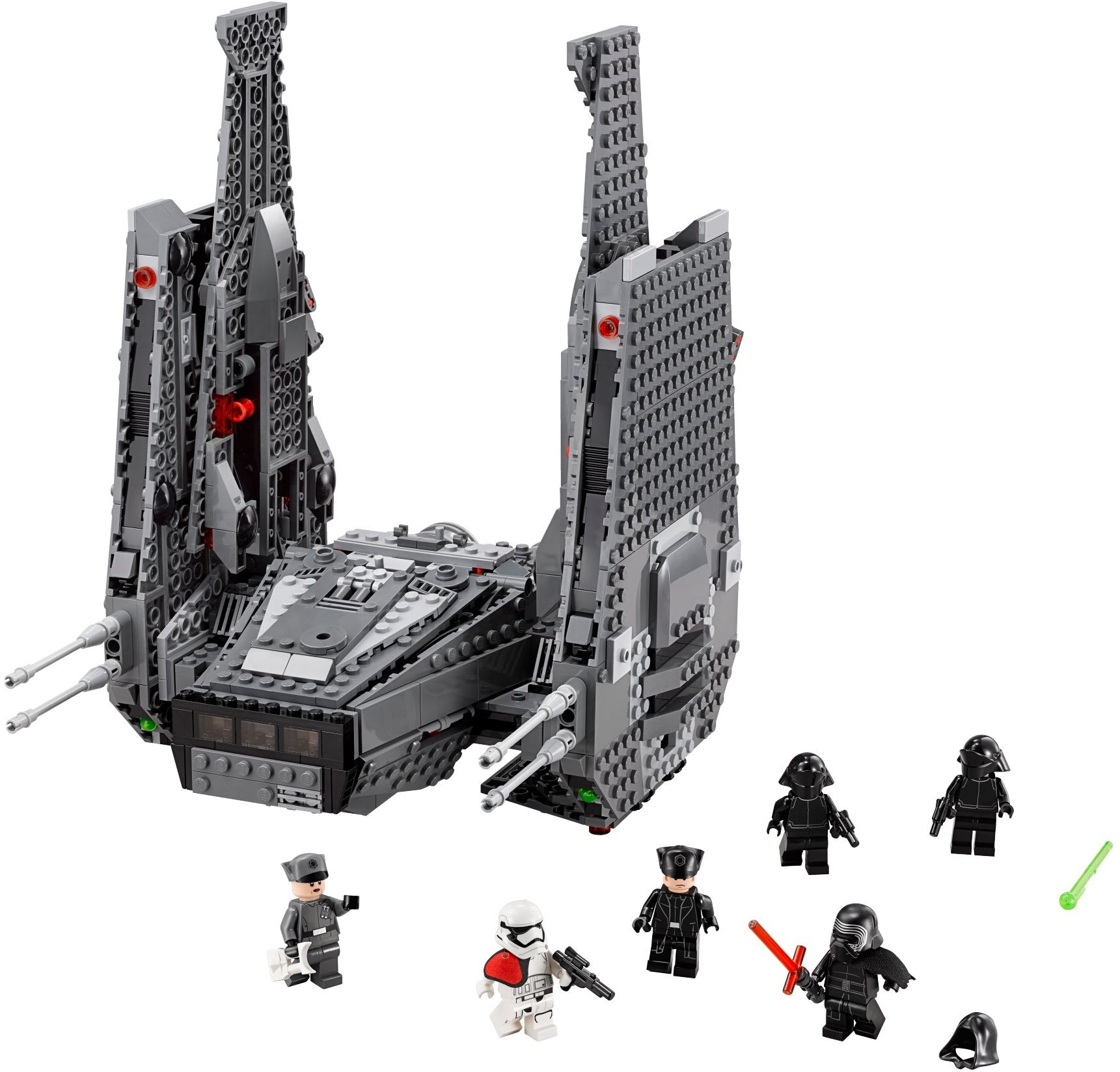 Kylo Ren’s Command Shuttle had the potential to be great set, 1005 pieces for £109.99 was not bad and the minifigures were decent with a cool Kylo Ren figure that had a detachable helmet along with a printed version on his head so you can have it with the cloak on. This is where the positives end unfortunately, and the inaccuracies begin. The first inaccuracy is the colour. In universe this ship is black, and LEGO’s model is dark grey (better than blue I suppose) and even though the dark grey looks good it is clearly black in the movies. So, with LEGO’s motto only the best is good enough this set should have been black. The second inaccuracy (yes one was not good enough for LEGO) is that the main gimmick of the ship is the ability for the wings to fold out and unless heavily modified this is not possible with this set.

These inaccuracies are a huge draw back from this set and it is even more disappointing that it happened to one of the main character’s ships. LEGO did however address these problems releasing a newer, more accurate model in 2019. Better late than never. 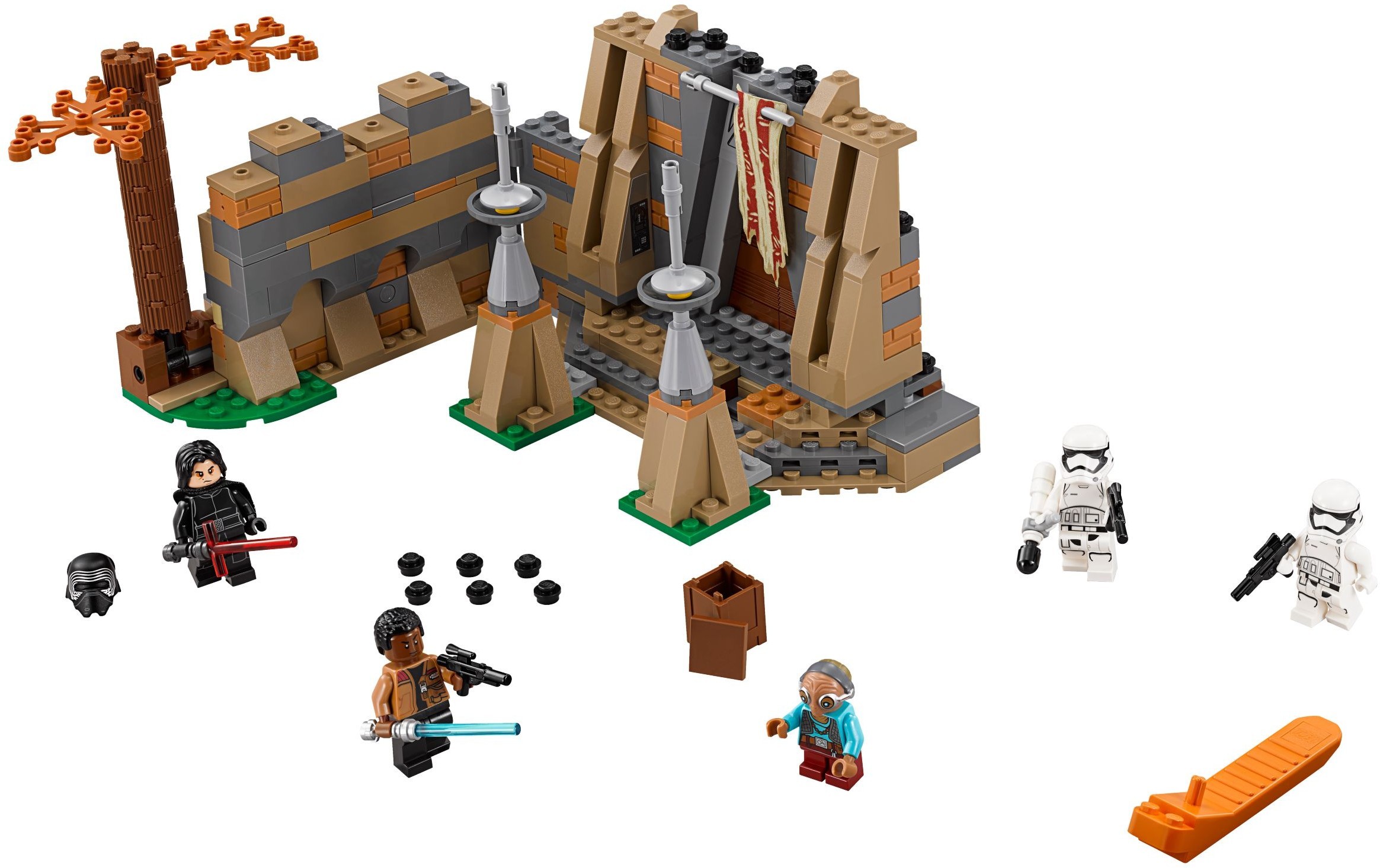 At number 6 is a set that I would struggle paying £35 for, so £54.99 is just a joke. That’s right, the Battle of Takodana released in 2016 costs £54.99 for what is essentially two walls and half a tree. Whilst the minifigures may be above average the set does very little to justify its price. That’s all I really have to say about this set. I’m not angry, I’m just disappointed. 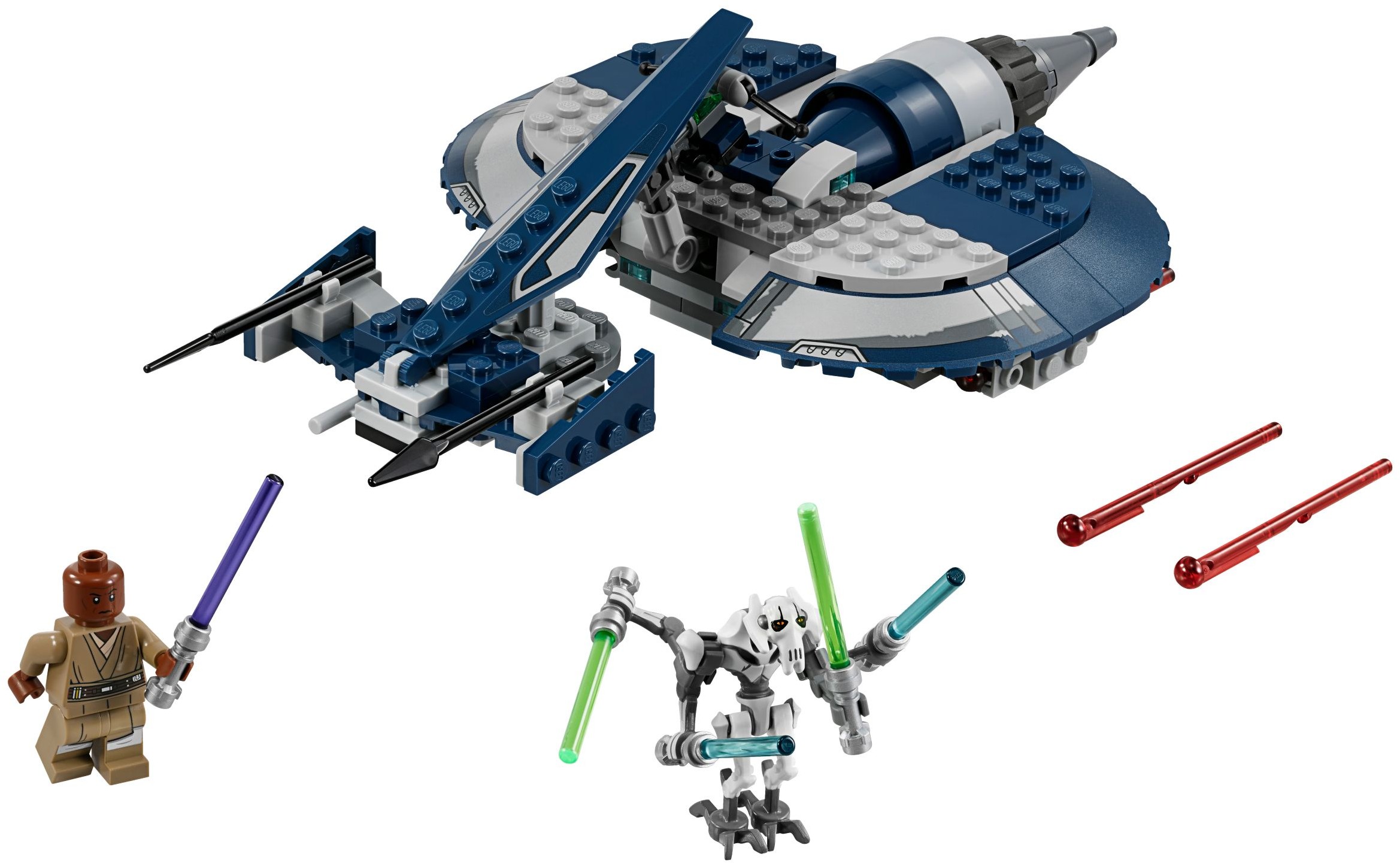 At the halfway point we have a set I know many would have put lower, yet I believe whilst overall this is a poor set there are a few positives and that lies with the minifigures. The set offers a cheap way (it cost only £25.99) to get a new Mace Windu figure and a cool General Grievous figure. However, the set is limited when it comes to the build being grossly oversized. It is disappointing as the figures are so cool. A better alternative for this set could have being a smaller, neater version of the speeder and either a speeder for Mace Windu or a Jedi Starfighter. It’s a shame this had the potential to be a really good Clone Wars set. 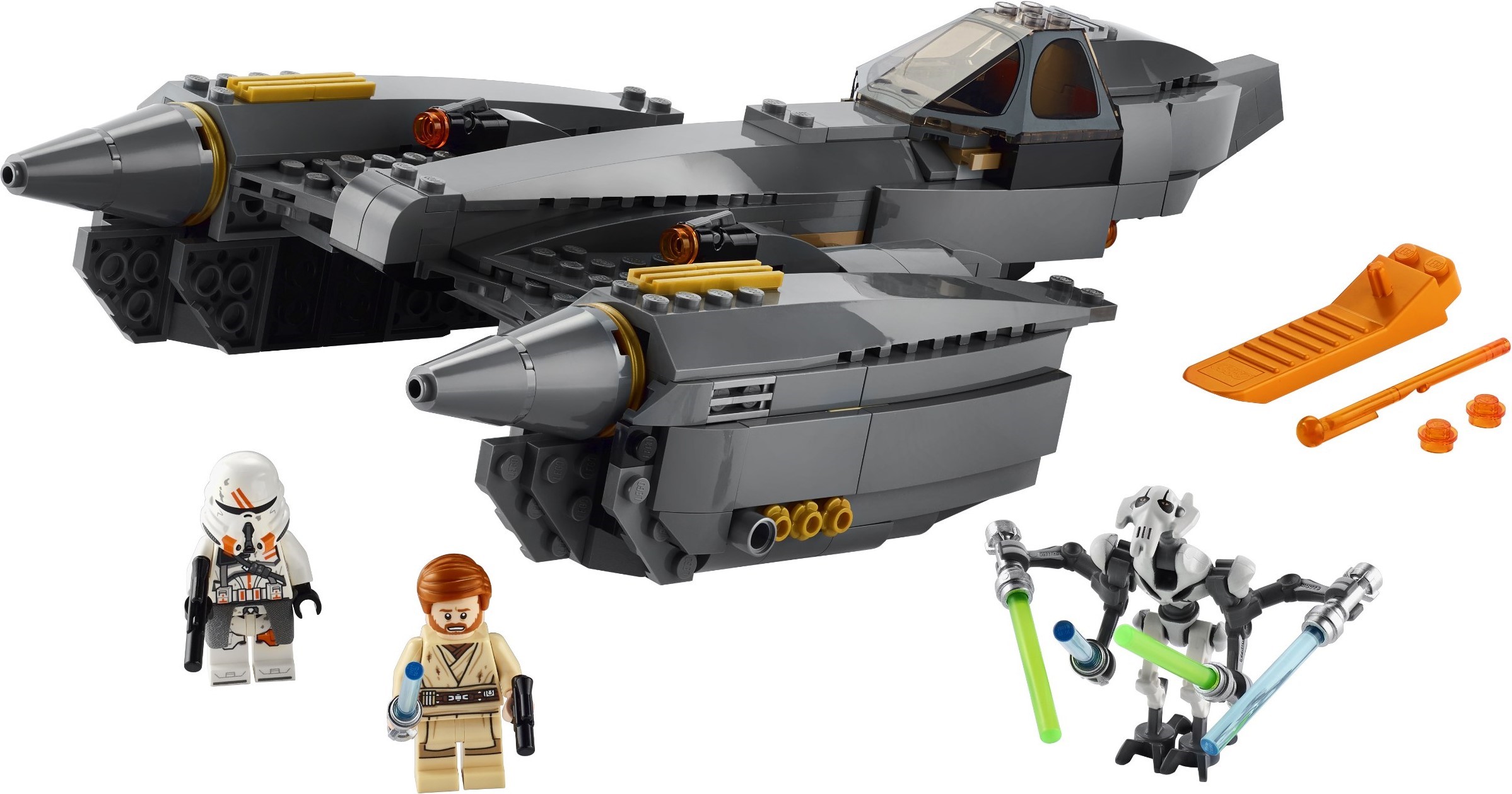 At 4 we have what I would regard as the disappointment of the century. Don’t get me wrong or anything, but I think this is a great looking set if it were to cost £54.99 or less but at £74.99 for 487 pieces and only 3 minifigures (more on the figures later) it is the definition of a rip-off. When this set was first leaked you could clearly see that there were General Grievous and Obi Wan minifigures. However the third was hard to make out, it was definitely a clone trooper, and it definitely had orange on it. The set was going to cost £74.99 so surely it would make sense for this mystery figure to be the highly requested phase 2 Commander Cody. Why else would this set cost so much?

Well, all was eventually revealed and what would have been a great chase figure turned into an Airborne Trooper. So disappointing. What an anti-climax. Also, the Obi Wan figure is a good figure in the wrong set, he belongs a couple of scenes later when he is battling Anakin on Mustafar. I would love to say things can only get better from here but unfortunately, we are doing the worst Star Wars sets so it is as unlikely as getting a phase 2 Cody anytime soon. On to the top 3…

At number 3 is what I would consider one of the ugliest Star Wars sets ever released and its £39.99 price point for 294 pieces does nothing to help its case. The 3 minifigures are ok but this set to me only ever seemed to be worth at most £30. The confusing thing I found about this set though is that it was cheaper in the US costing only $29.99 which converted to pounds is £21.49 so why it was so expensive here in the UK is beyond me. I honestly think that the price of this set really kills it and for me has no appealing design or minifigures. 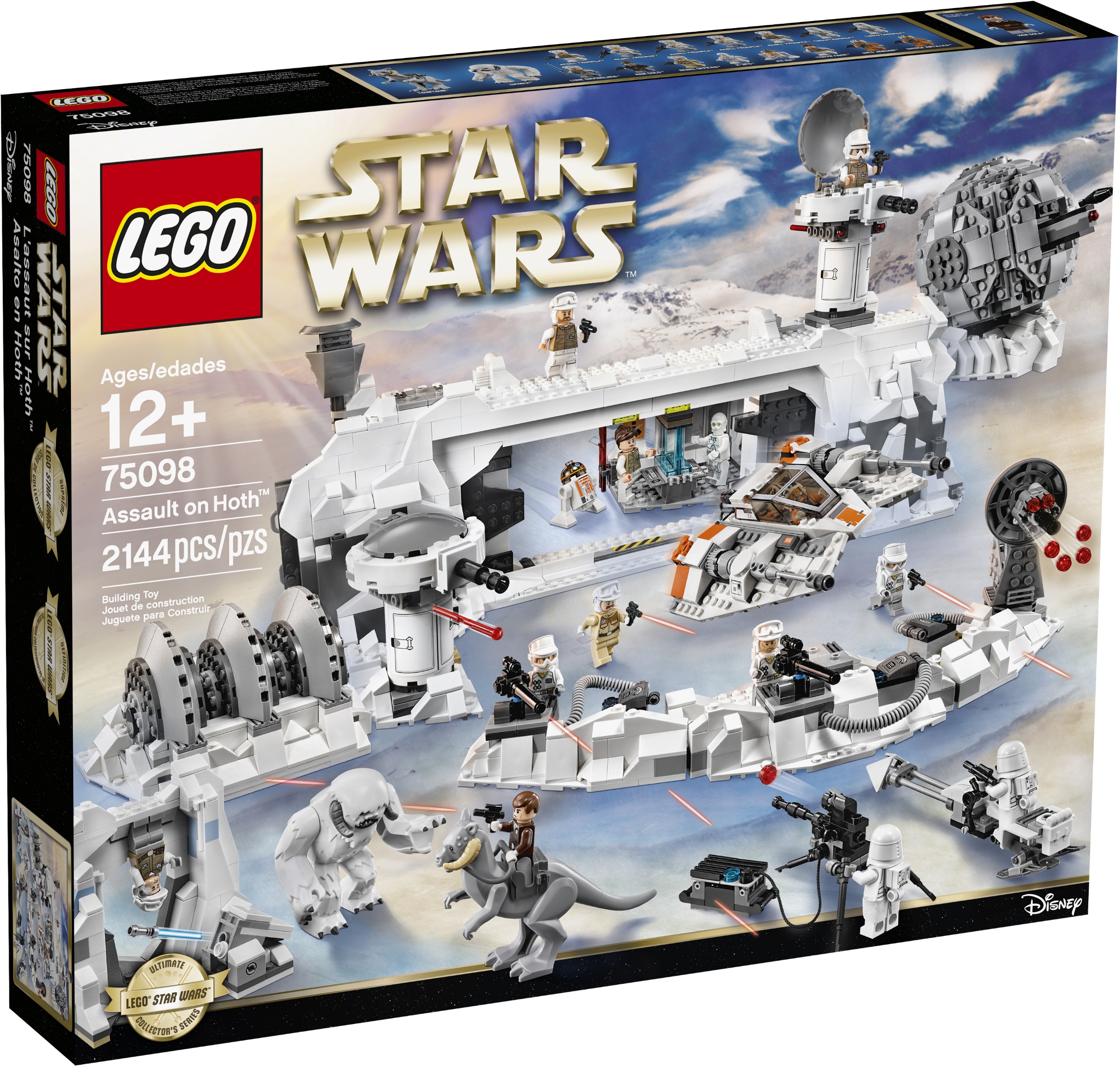 Just missing out on the top spot at number 2 is the Assault on Hoth which has been plagued with inaccuracies, design flaws and poor branding. The branding really has let down this set as it was marketed as a UCS (Ultimate Collectors’ Series) set which should be big, highly detailed, highly accurate, and with collector pieces. In no way, unfortunately, did this set live up to these high standards.

First off, the ion cannon had a spring-loaded shooter and an open back detracting from its accuracy. Secondly, the shield generator only had 3 generators, where it should have had 4.  Thirdly, the Wampa was not even able to fit in through its own cave entrance. Overall, this set, with little interior and costing £299.99, it was highly underwhelming and could have been easily improved with the UCS branding being taken away. Now what set could have possibly been worse than this? Let’s find out… 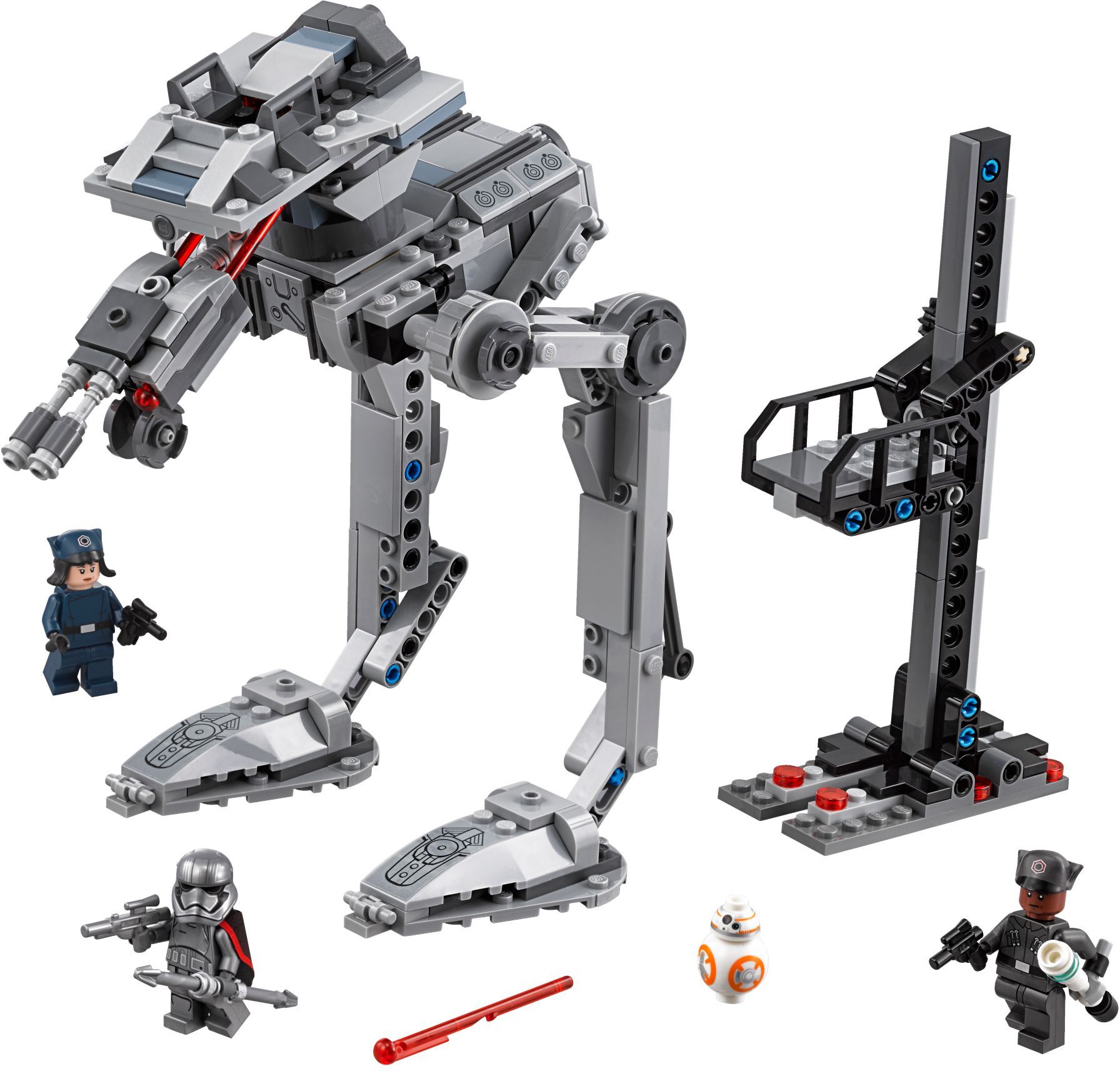 At number 1 the worst Star Wars set ever in my opinion is the half first order AT-ST and I say half because as you can see it is missing its head. Why is this set number 1? Well for £54.99 you are getting 370 pieces to build half an AT-ST when a year earlier if you paid £44.99 you could get a whole AT-ST. If you really wanted this set (though I don’t see why you would) I suggest getting the Rouge One version and smashing it against a table until its head comes off. LEGO probably created this set by doing exactly that. On a serious note, however, this set (whilst accurate) is ridiculously overpriced and could have being made better by adding a play feature where the head can be blown off. This must be the worst Star Wars set as it is overpriced, ugly and a major disappointment for something that could have been really good.

So, there you have it the 10 worst LEGO Star Wars sets and whilst I may come across as being very critical, I do love LEGO Star Wars and the sets they release (well apart from the 10 above). Comment bellow if you agree or would change any part of this list. See you next time.