Hey everyone! We are back for part 2 of our 2019 LEGO DC Retrospective! We might as well rename this theme to Batman. Oh wait, they did that in 2020. Technically. Instead of labelling the sets under ‘DC Comics’, LEGO decided to make Batman sets, and the mention of DC Comics as the theme was not present. Out of all the sets we looked at last time, two of them were amazing. The figure selection overall was good, but we definitely needed more new characters, and especially leg printing for all the figures. And in this retrospective, LEGO delivered – to a certain extent.

Let’s face it, nobody in their right mind would’ve spent $30 USD on this to get these two figures. This set had to have one of the worst LEGO minifigure selection in DC Comics’ history. The 80th anniversary Batman wasn’t exclusive, and LEGO did us dirty by not giving us any dual moulded legs, leg printing or arm printing. At least for this special Batman, they should’ve done something more. But no. We got a very basic looking figure. The Joker was also average. Although he was new at the time, he was still very similar to past versions. His face print was generic, and so was his new torso. Again, they skipped out on leg printing. With this being an 80th anniversary Batman set, they should’ve included an iconic Joker from a movie or tv show that we haven’t ever received before in LEGO form. But, LEGO gave us a model of the DC Supervillains game version. 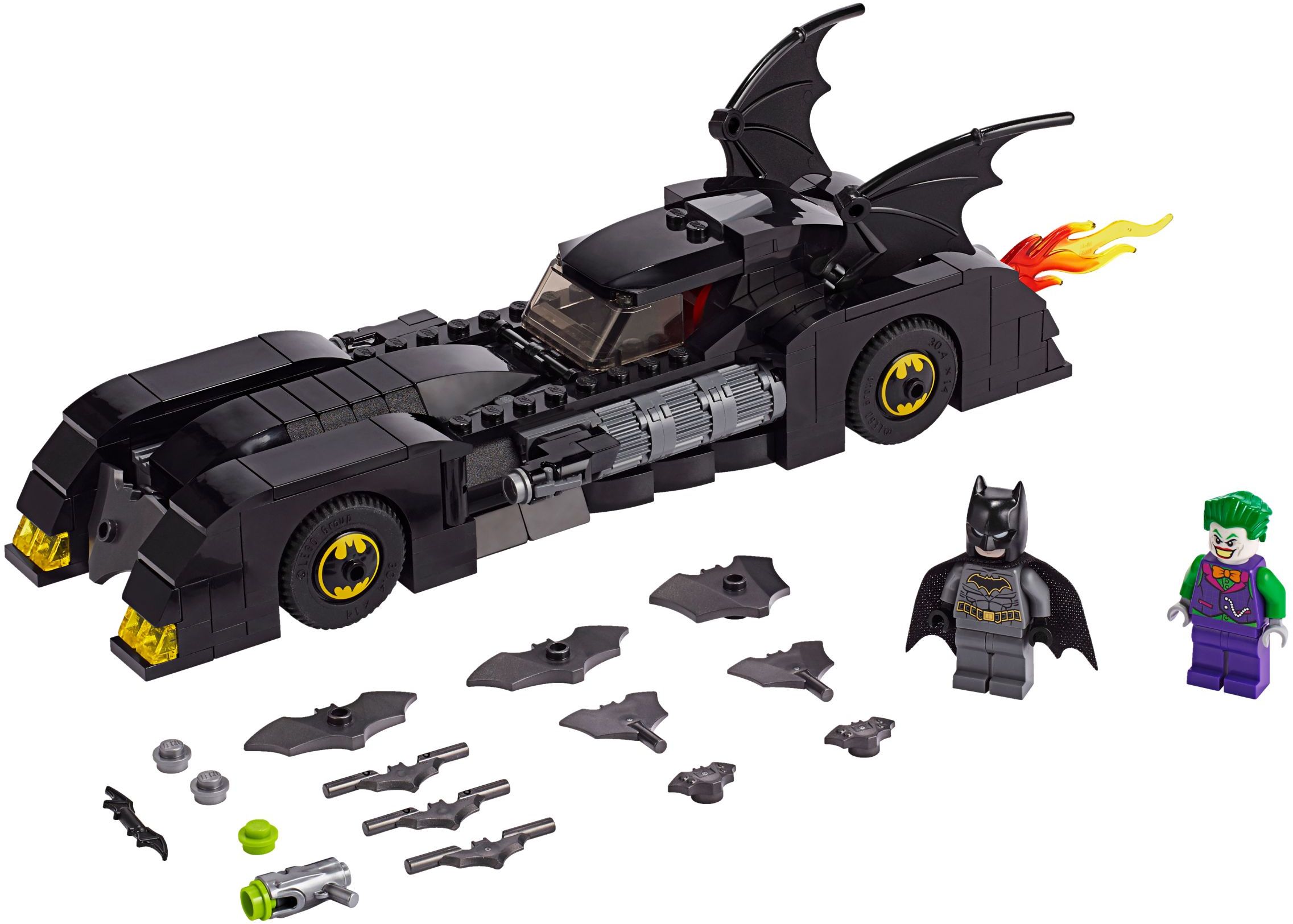 The Batmobile was beautiful. Over the years, LEGO has, for the most part, exceeded expectations in regards to their Batmobiles. This particular model seemed to be based on the 1989 Batman movie Batmobile. It took a lot of design inspiration from the original model, while still changing it up so that it looked unique in some sense. There was hardly any play features in this set. There was a stud shooter at each side of the Batmobile, which could be angled in and out. The wheels were part of a mechanism that spun the fire piece at the end of the vehicle when moving forward or backward. Finally, the window and roof could be hinged up to allow access to the figure inside. I especially love the use of the printed wheel hubcaps and the Batman accessory pieces. I am fortunate enough to own this set, and I do not regret my decision to this date.

I loved this $50 USD set. I would argue that it was probably the best LEGO DC set of the year, excluding another set that I will later talk about. The minifigures were pretty solid. Again, you know my complaints with the Batman figure, so I will not waste your time talking about him again. The Shazam figure was probably everyone’s main reason for buying the whole set. LEGO had released this character before, but as a SDCC figure, meaning people couldn’t really get their hands on him. And with the 2019 movie Shazam!, the character’s popularity began to increase, meaning he was a highly demanded figure from LEGO. And they delivered.

LEGO gave him a white hood and cape piece to match his comic appearance – although they should’ve included the Superman hairpiece in black so we could swap the hood and hair out. It would’ve costed them next to nothing to add in the set so I’m disappointed that they skipped out here. His dual-sided face print was amazing – one with a big grin, and another with lightning in his eyes. He came with two power blast pieces, which could be shot out from his arms.

Commissioner Gordon was one of the best versions of this character in LEGO form that they have ever created. He came with a really cool face and torso print, which extended onto his legs, to represent his trench coat. The Riddler figure was quite unique from his previous versions since his base colour was primarily lime green. He seemed to be based on the New 52 version of the character, with the short hat, and lime green coat. His faceprint reminded me of a typical crook that would be in a LEGO City set.

The set was split into three main sections. The Batwing was obviously the star of these builds. Similar to the Batmobile, it seemed to be based on the Batman 1989 film, especially in the wing design and wings next to the cockpit. It had two stud shooters, and two tile launchers, which shot three 1×1 smooth circular tiles at enemies. The cockpit could be opened up to seat Batman.

The Riddler helicopter took heavy inspiration from the Batcopter from the classic Batcave set from a few years ago. Besides the ability for its rotor to spin, and an opening cockpit, the chopper had two flick-fire missiles, and a chain. To accompany the chopper, there was a safe with a locking mechanism. It was quite simple, but was such a brilliant idea. You had to turn to lock a certain way to open the safe, to reveal the gems and money. The chain on the helicopter could be hooked onto the safe and carried away. 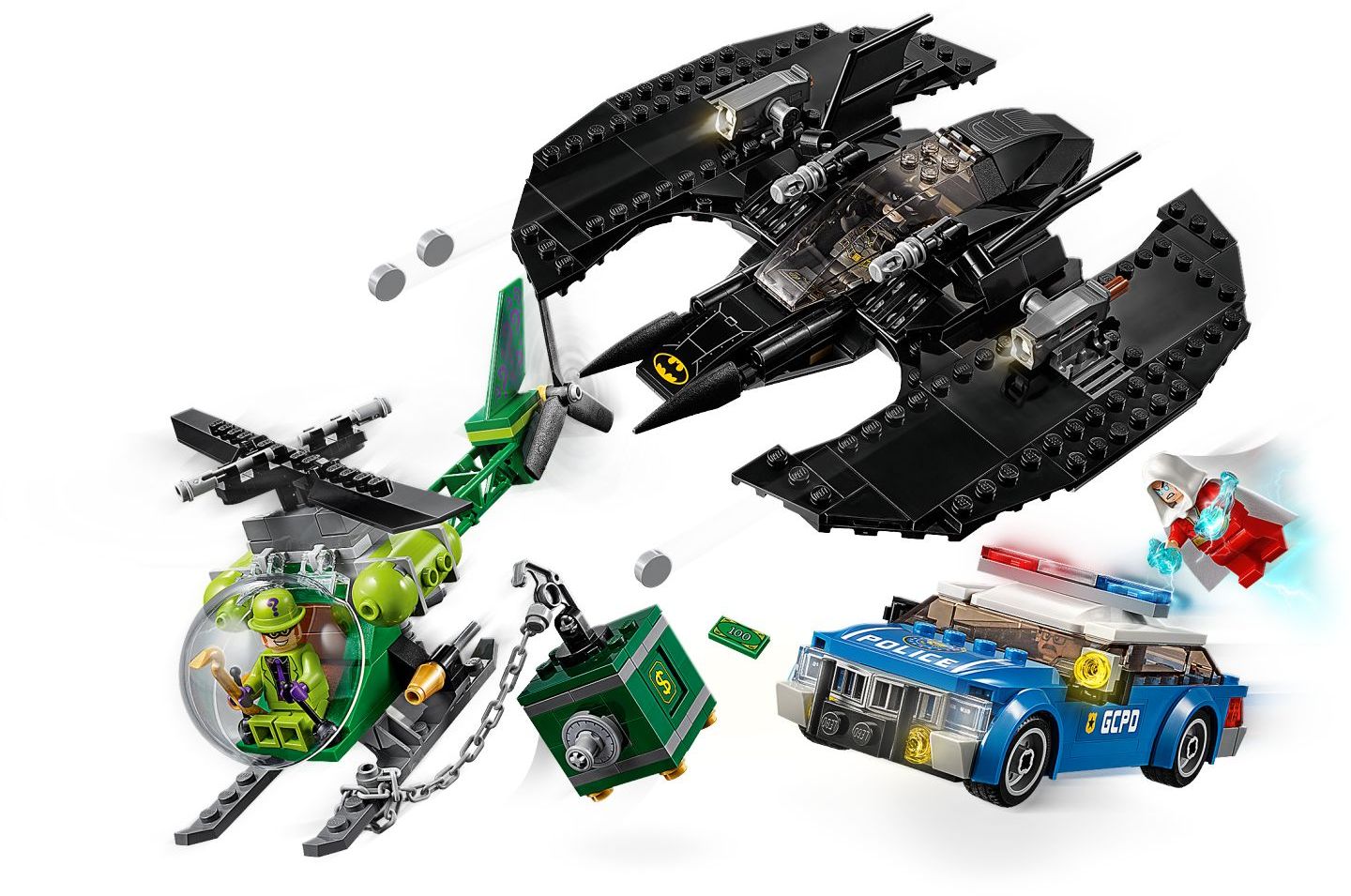 Finally, the GCPD cop car was such a cool build – probably my favourite police car that LEGO has ever made. Its design was very unique – it almost looked like it had been squashed down. You could seat Gordon, and there was a very small cell for a prisoner. Overall, it was a sick build. I also did buy this set, and I don’t regret my decision.

2 years after the LEGO Batman Movie Batcave, LEGO released a new one for $100. The Batman and Robin repeated, so nothing was too cool about them. Batwoman was also another repeat from a 2019 set. I really liked the headpiece, as it was a combination of her cowl and hair. Her head and torso were cool. The Two-Face figure was new in this set, with a really cool print on his face and hair. His torso print was also new. Catwoman was also new. She used the same headpiece as her LEGO Batman Movie version but in black. I loved how her eyes were painted red, and the rest of her suit was black. A new version of Bruce Wayne was also included in this set, with a new torso print.

The first build in this set was Clayface, which was a crappy build in my opinion. He had a lot of points of articulation, especially in the arms, legs and fingers. The left side of the Batcave had a prison cell. It had a knob at the back which allowed you to break a prisoner out. On top of the cell was a docking station for the Batwing that came in the Riddler Heist set. Next to that was a trophy room, with a dinosaur and a Joker card. On top was a storage place for one of Batman’s arm contraptions.

The mid-section was basically an opening that allowed every single vehicle from this Batman wave to fit inside. Above that was the Bat-Computer, with a table and a spinning chair. To its right was a workout station, and below that, a weapons rack. 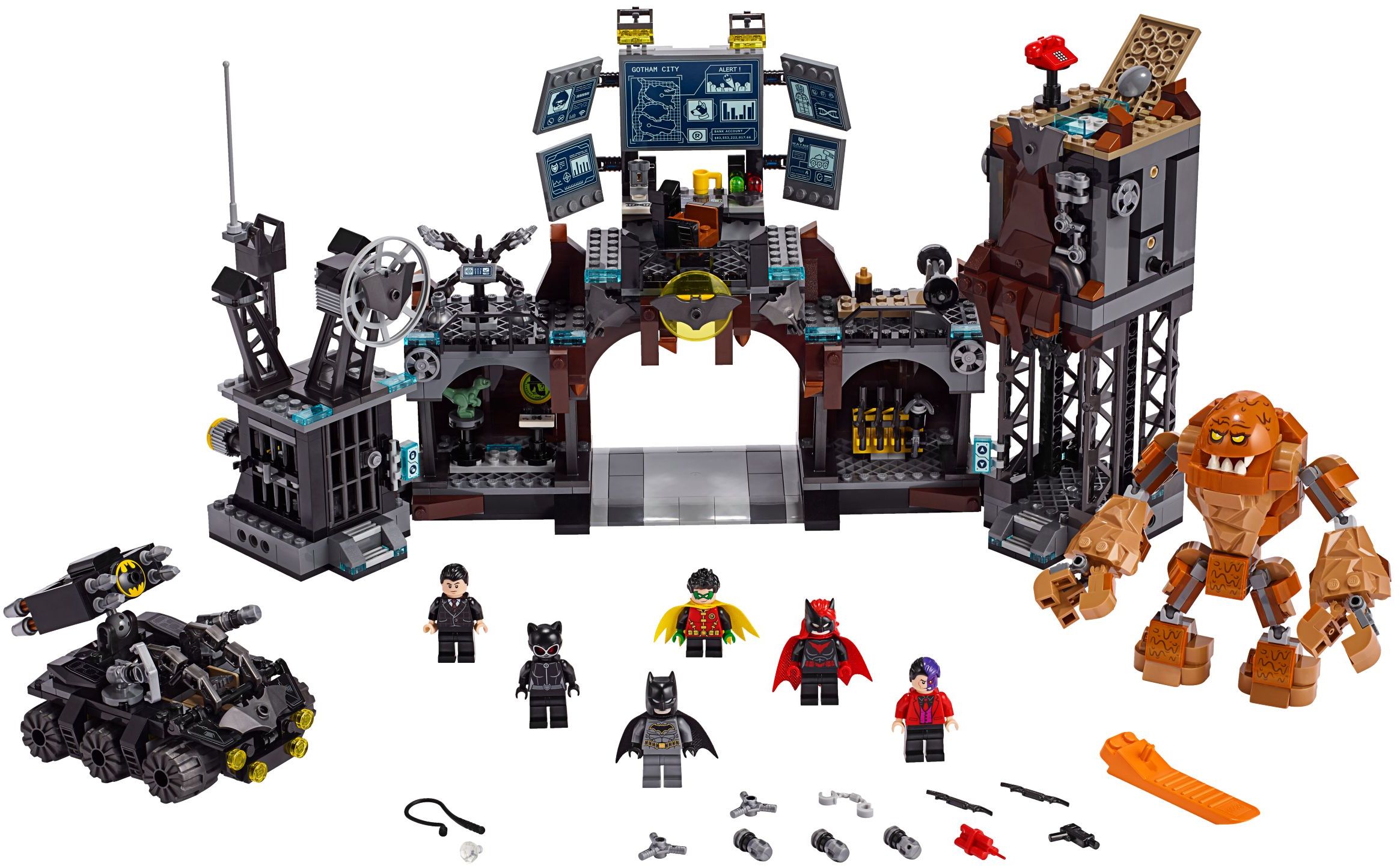 The final section of the cave was a transformation chamber for Bruce Wayne. You would place the Batman figure inside the box, and Bruce Wayne on top. Then, you could pull the Technic lever at the back, which would drop Bruce into the box, and Batman, out of the box, onto the floor.

The Bat-tank was a unique build. It was packed to the brim with weapons and armour. The top array of missiles could be shot off as they were flick-fire missiles. They could be angled up and down and could be turned around. Below them were two stud shooters. But that was it for the set. It was pretty average, which is why I didn’t buy it.

And we have finished part 2 of my LEGO DC retrospective. Hope you guys enjoyed it, and I shall see you next time! Peace.