And we are back for Part 4 of my 2020 LEGO Marvel retrospective! So welcome! Today, we will be taking a look at the second wave of the Avengers wave in that year. More specifically, we will be taking a gander at the Wrath of Loki and the Iron Man Hulkbuster versus A.I.M Agent sets. But before we do so, let’s get the disclaimers out of the way, since I still believe that 2020 was the worst year for this theme so far.

Just because I think that 2020 was a bad year for LEGO Marvel, doesn’t mean you have to agree with me. We can all have different opinions, and that’s ok. I just believe that compared to 2016 (in my opinion the best year of the theme), 2020 matches that quality in no way. And that is no disrespect to the designers. What they do is hard, and especially with budget constraints and other requirements, what they produce is a quality product for the mass market. However, as a consumer of their product, I get to criticise it, so it can hopefully be improved. Anyways, let’s just jump into this retrospective.

This was probably the most overpriced set of the year in any theme. But for a 4+ set, the minifigure selection was surprisingly solid. Of course, we got Iron Man. How could they not shove him into every set? He was the same minifigure from the mech as discussed in Part 1. Granted, it was a great minifigure, based off the Avengers 2020 game. The helmet, torso and legs had phenomenal printing overall. And yes, we got the same-looking Thor as in the Avengers bike set, as discussed in Part 1. He had the same face and torso print. The only thing different about him was that his cape had one hole, opposed to two, like the regular version. 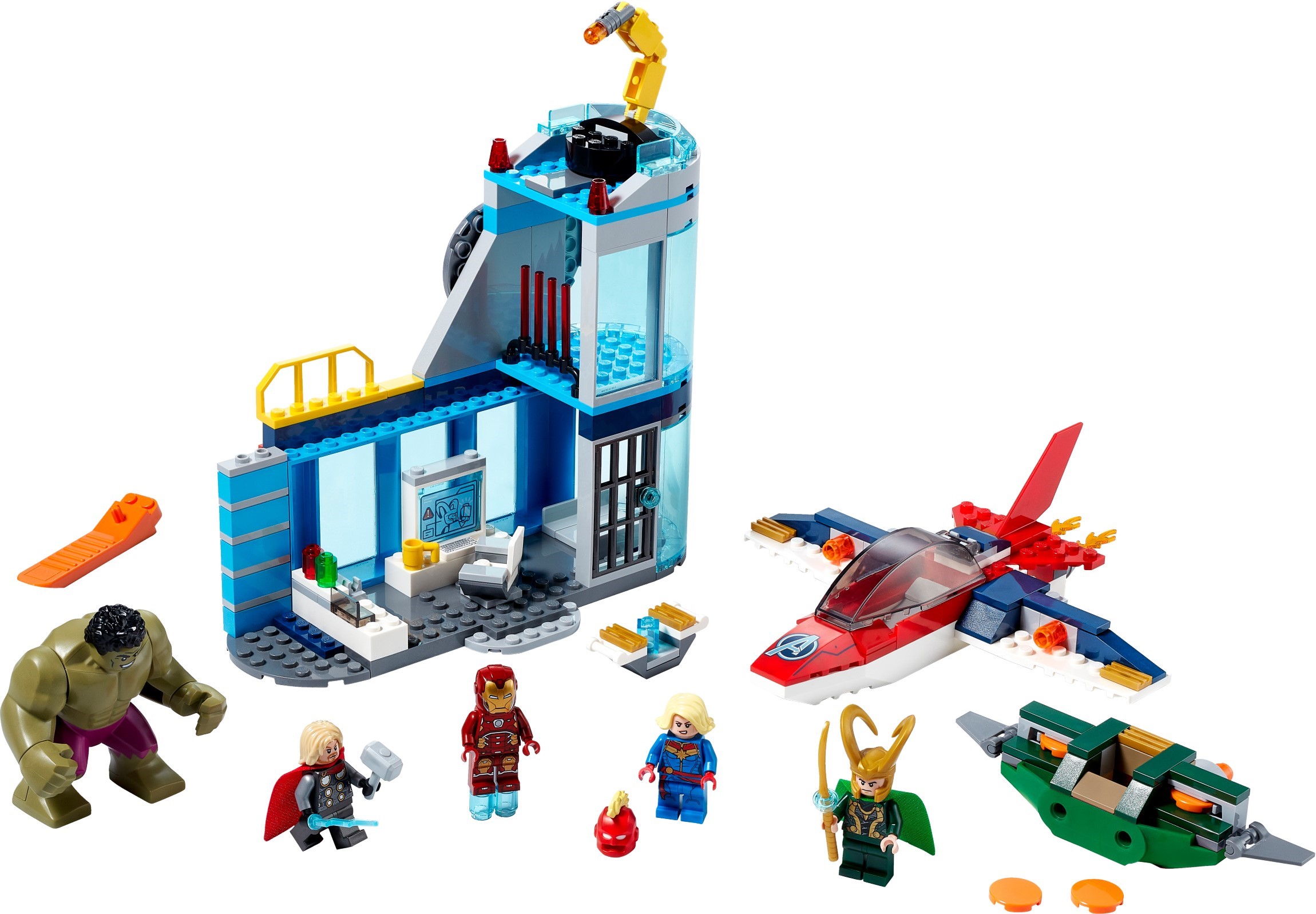 All 4+ sets tend to have one-hole capes, as it is easier for children to place them onto the minifigure. I remember when I was 12, I got my first caped minifigure from Series 10 (Roman Commander), and I didn’t know how to place the cape on. I took the arms off and placed it around the armholes. Yeah, I didn’t read the instructions. Finally, I ended up folding the cape together and fitting it around the neck. Anyways, that’s the end of that side story.

Hulk was a new variant. He was alright. There wasn’t anything new, nor exciting. He had the olive green colouring for his body and a dark, purple colour for his pants. He was kind of unique as this was our only Hulk with a smile. Loki was completely new, but not cool. The only exclusive part to him was his torso print. It was very disappointing that he didn’t come with leg printing. 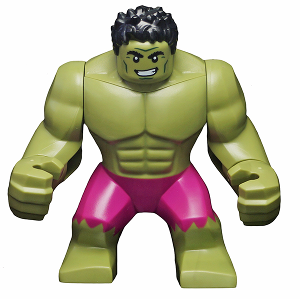 Anyways, the stand-out minifigure of this set was that beautiful Captain Marvel minifigure. Firstly, let’s talk about that new helmet mould. LEGO made a completely new mould for this figure, and it looked amazing. They even designed a new mohawk piece to fit inside the helmet to emulate her look in the comics. She came with an extremely light blonde hairpiece and cool face print. She even came with an absolutely beautiful torso and leg print. I think LEGO felt bad for delivering an underwhelming Captain Marvel figure in 2019, so they decided to make the new one the best LEGO Marvel figure of 2020.

Anyways, let’s take a look at the actual set itself. From first glance, it looks like a USD 30, maximum USD 40 set. So how much did you think LEGO charged us for this? $60 freaking American dollars. But why? Well, a good number of pieces in this set, plus the Hulk were large pieces and therefore costed more. The large window pieces mostly built up this set.

Anyways, the first floor consisted of a small lab and computer area. And yes, the chair could spin. The second level was a jail cell, which was a really bad build in my opinion. And the top-level had some sort of arm to attach Tony Stark to his Iron Man suit. The first side-build was an Avengers jet, which would only sit one minifigure. Surprisingly, it didn’t have flick-fire misses or any other play feature that involved shooting. And finally, we got Green Goblin’s hovercraft. Sorry, Loki’s hovercraft. I’m sorry, but this looks like an oversized 4+ hovercraft for Green Goblin – not for Loki. Anyways, it had adjustable winglets at the sides and had disc launchers to shoot out orange discs further emphasising my point about it being Green Goblin’s hovercraft.

This $40 beauty was probably the most memed set of 2020. It wasn’t a bad set though, despite the memes. The standout Rescue figure of the set was enough to get any Marvel comic fan into the set since she was based off her comic book suited look. Using the Invincible Iron Man helmet, LEGO put all their efforts into printing every detail throughout her body and legs. This was such a cool figure, and one of the best Marvel minifigures of 2020. 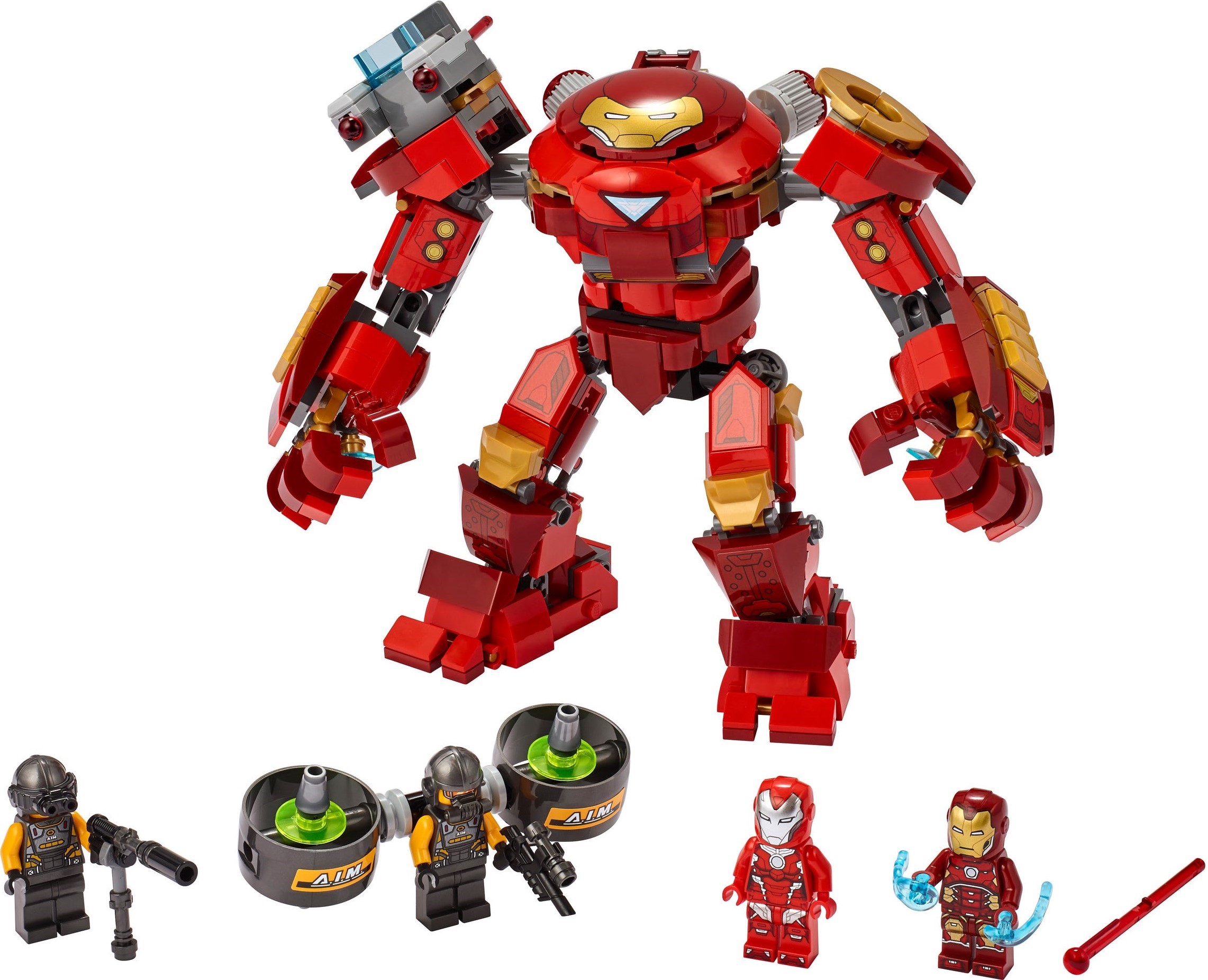 Iron Man was the same variant as in so many other 2020 sets. The A.I.M Agents were nice to get, and were a great army builder. They had great face and torso prints. I do wish they had leg printing since LEGO made many of them. It would’ve just added so much to the figures. It just annoys me that I have to continue repeating myself on this topic. Each of them came with their unique accessory. One came with a goggle attachment and a rifle. The other came with a built-up wing attachment which could shoot two flick-fire missiles, in addition to a blaster.

So why was this set so memed? Well… look at the face. It looked as if though an anvil dropped onto it and crushed it. This Hulkbuster towered over the three previous minifigure-scaled versions. It had a detachable turret which could be stuck onto each arm. You could fit Iron Man inside of it. Finally, it had a large number of points of articulation so kids would enjoy playing with this a lot. It was a solid build, despite the flaw of the head, which I like. The flat face makes it look unique – and in a theme where mechs are in every second set, unique is what I prefer. So I gave this set the thumbs up. Also, if you want to see a comparison of it to other versions of the Hulkbuster, I highly recommend you check out my comparison article on the best Hulkbuster.

And that concludes this week’s article. To be honest, these sets weren’t terrible, besides the fact that the 4+ Avengers tower was extremely overpriced. But be prepared for me to take a dump on the 2020 Avengers Helicarrier. So stay tuned for next week’s 2020 LEGO Marvel Retrospective!

Also, on an extreme side note, I opened my Instagram about 20 mins ago and I had 10.8k followers. Seems normal right? Well, it’s noon now. I woke up at 9 am today, and I was on 10.1K followers, meaning I just got 700 out of nowhere in the past 3 hours. The thing is, only 4 notifications are saying that I got 4 new followers. The rest of the notifications are the past 8 hours’ worth of likes and comments. So, 700 followers just magically appeared on my Instagram. I am genuinely confused.

Anyways, I’ll leave you today with a meme that I made of the 2020 Hulkbuster: