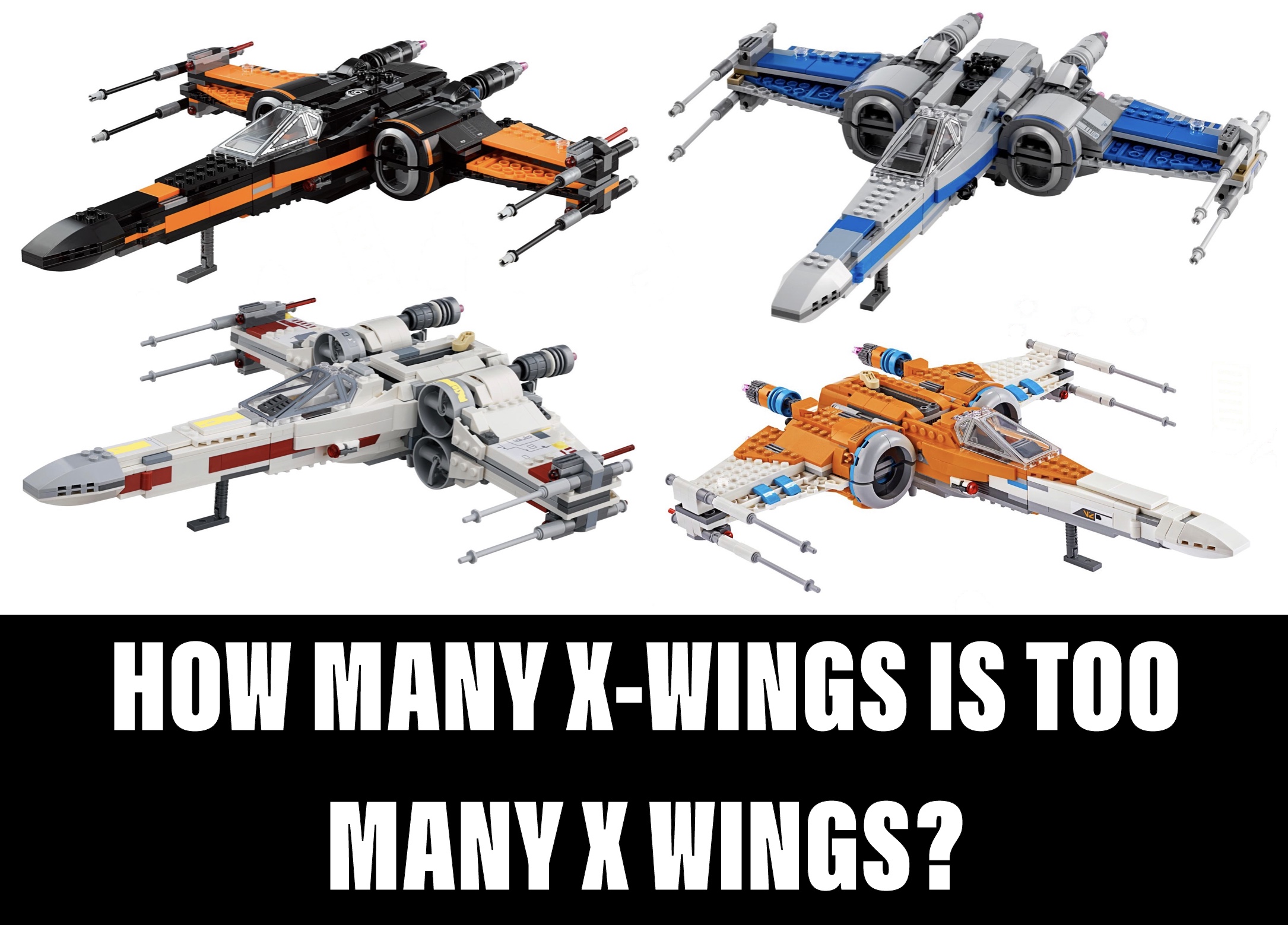 LEGO doesn’t make life easy for AFOL collectors. The constant redesigns, re-releases, additions and price hikes put many fans in difficult situations. How many X-wings is too many X-wings? Do I really need to upgrade my AT-AT? Is it worth spending another £50 just for that one minifigure? If any of these scenarios sound scarily familiar don’t worry. You are not alone. In this article I delve into five conundrums LEGO collectors face and offer some possible solutions. 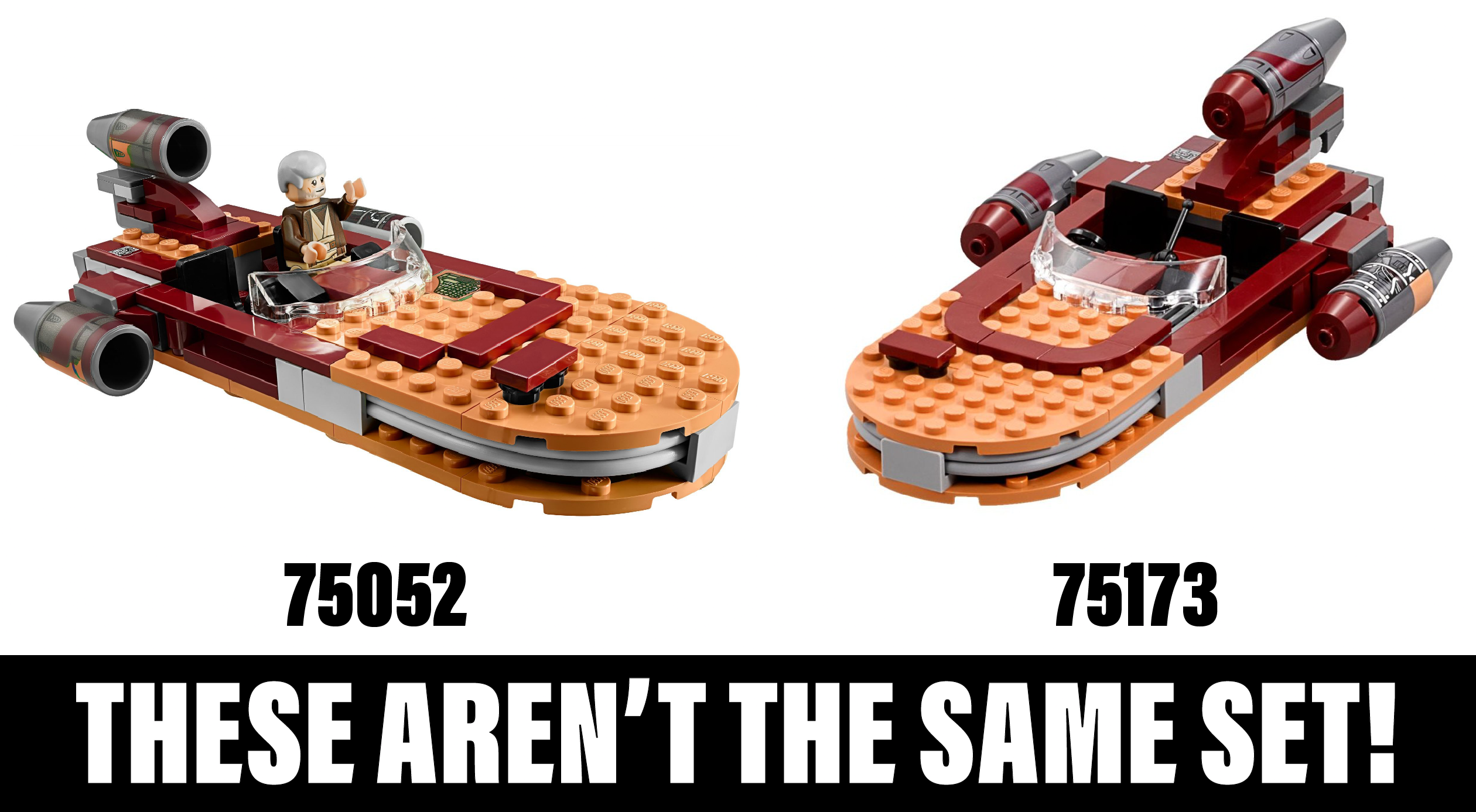 You scan the box, scouring the cover for any discernible difference. Anything to justify spending another £20. Although you spot the odd part change there’s nothing substantial. Nothing that could justify the purchase to a spouse who’s already irritated by a LEGO collection that has begun seeping into the living room. You know you don’t need it but you’ve been collecting every New Hope set since 2016. Is it really worth breaking tradition over £20? Worth having an incomplete collection?

If you are in this predicament, I sympathise. It’s hard to stop purchasing when you are a collector. Here are some suggestions that could resolve the dilemma:

I never said they were good solutions.

The Colour Swap is another huge problem. LEGO has released four different colour variations of X-wings since 2015. Four!!!

Justifying two is hard. Justifying three is very challenging. Justifying four is nearly impossible! The situation is made even worse by the fact LEGO increases the price by £10 with each new set they release. Still there are some solutions that could make things a little easier:

The Upgrade is another huge issue. For example, LEGO just released photos of a new AT-AT set

. At first glance there are some noticeable differences to the one you already have. It has more interior space. The head can seat two pilots and General Veers. The legs are taller. Luke Skywalker can winch his way up the AT-AT to plant the thermal detonators. There is no denying the set is a dramatic improvement on its predecessor. Are the improvements enough to warrant buying a new one though? 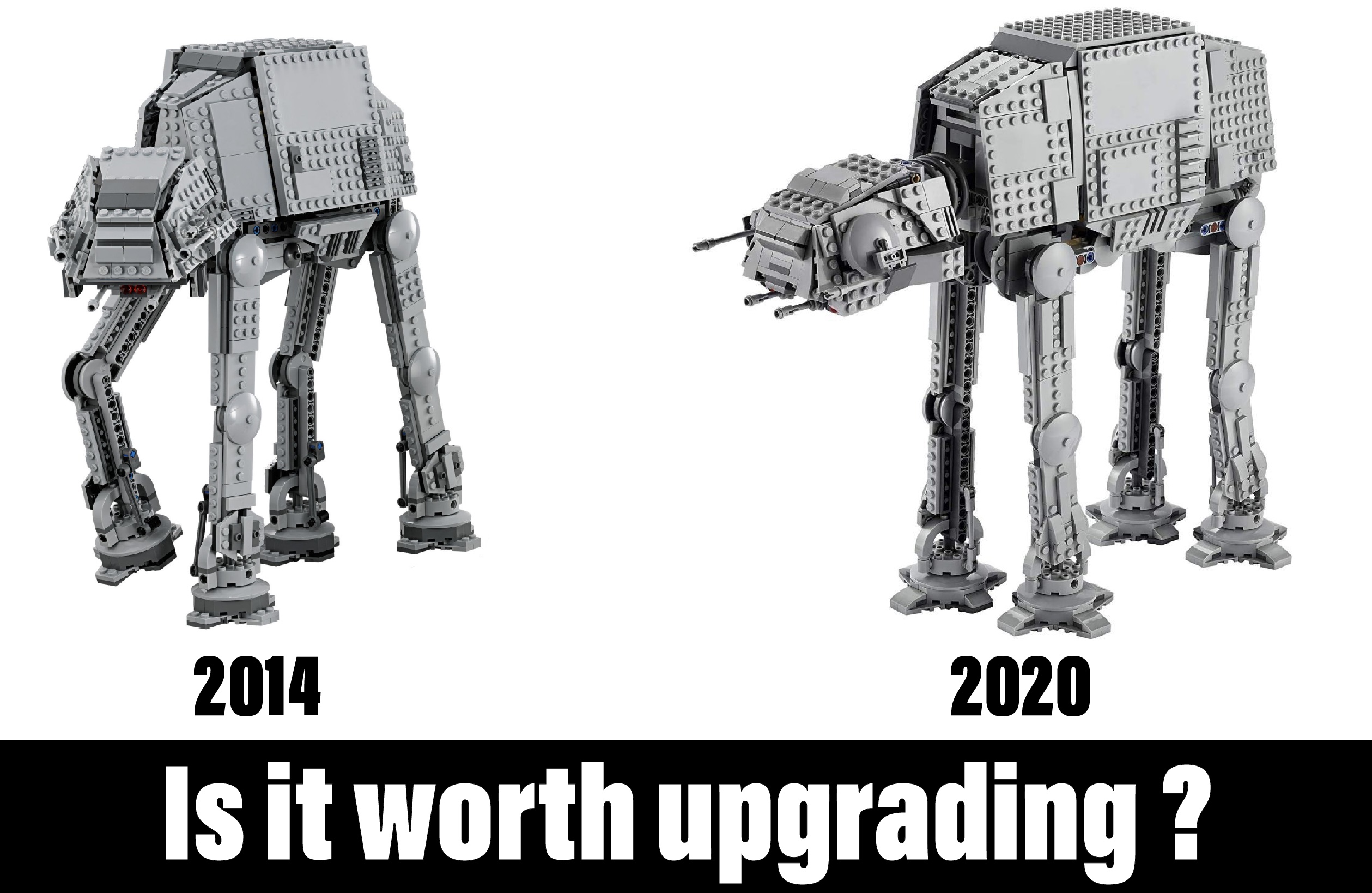 If you are in this predicament, I recommend you consider the following ideas:

The so called “Poncho Problem” is a term I created. It describes when LEGO makes the smallest change to a minifigure to make the character variant exclusive to a specific set. This infamously happened in 2020 when LEGO released another Luke’s Land Speeder but included an exclusive poncho piece. It isn’t worth spending £20 just to get a new poncho for Luke, but collectors feel they need to have it. 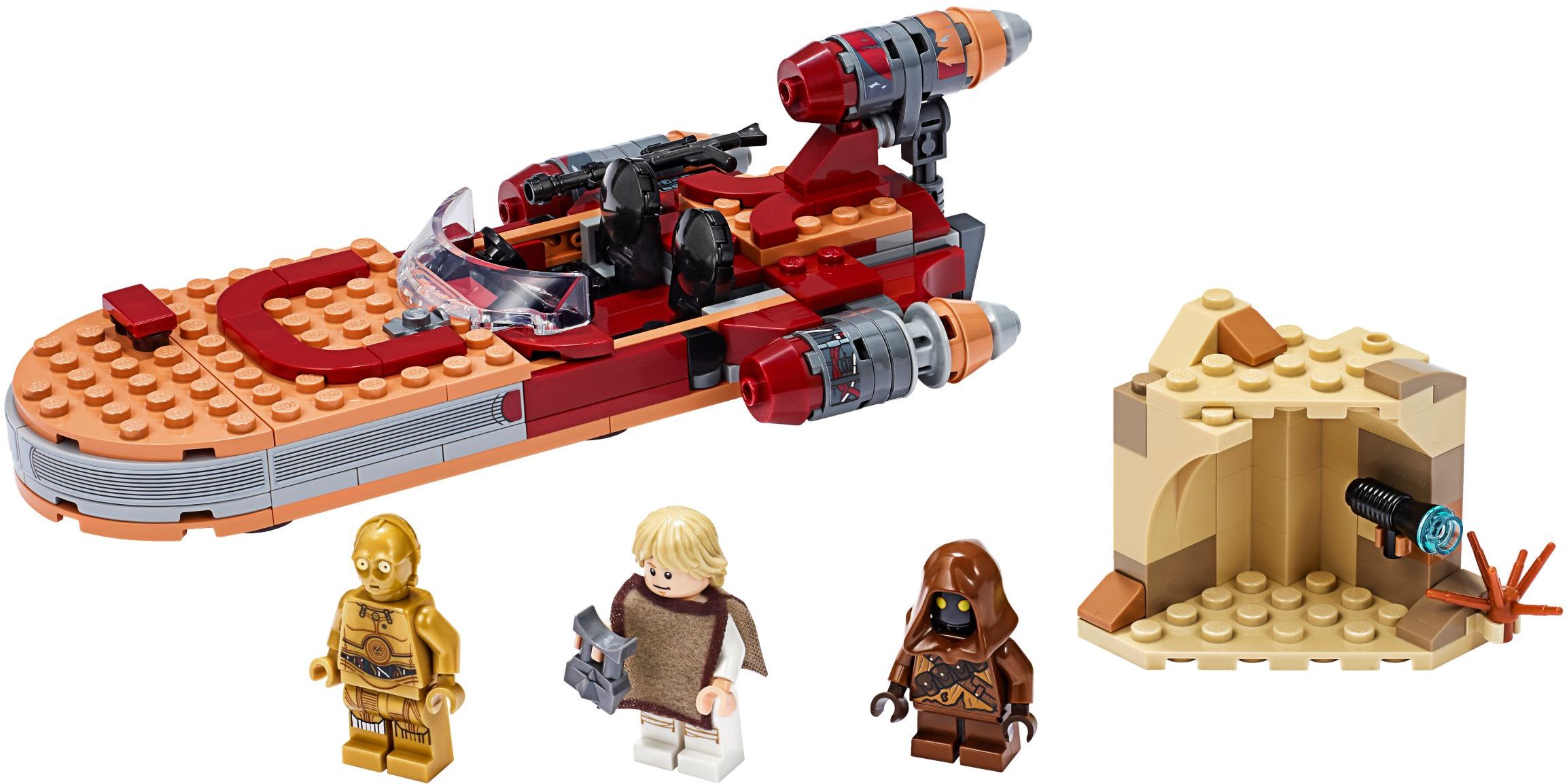 Of all the problems to have, this is probably the easiest to solve. FireStar Toys sells tons of minifigures and pieces meaning fans can acquire the exclusive figures that they desire without having to shell out on a whole LEGO set. 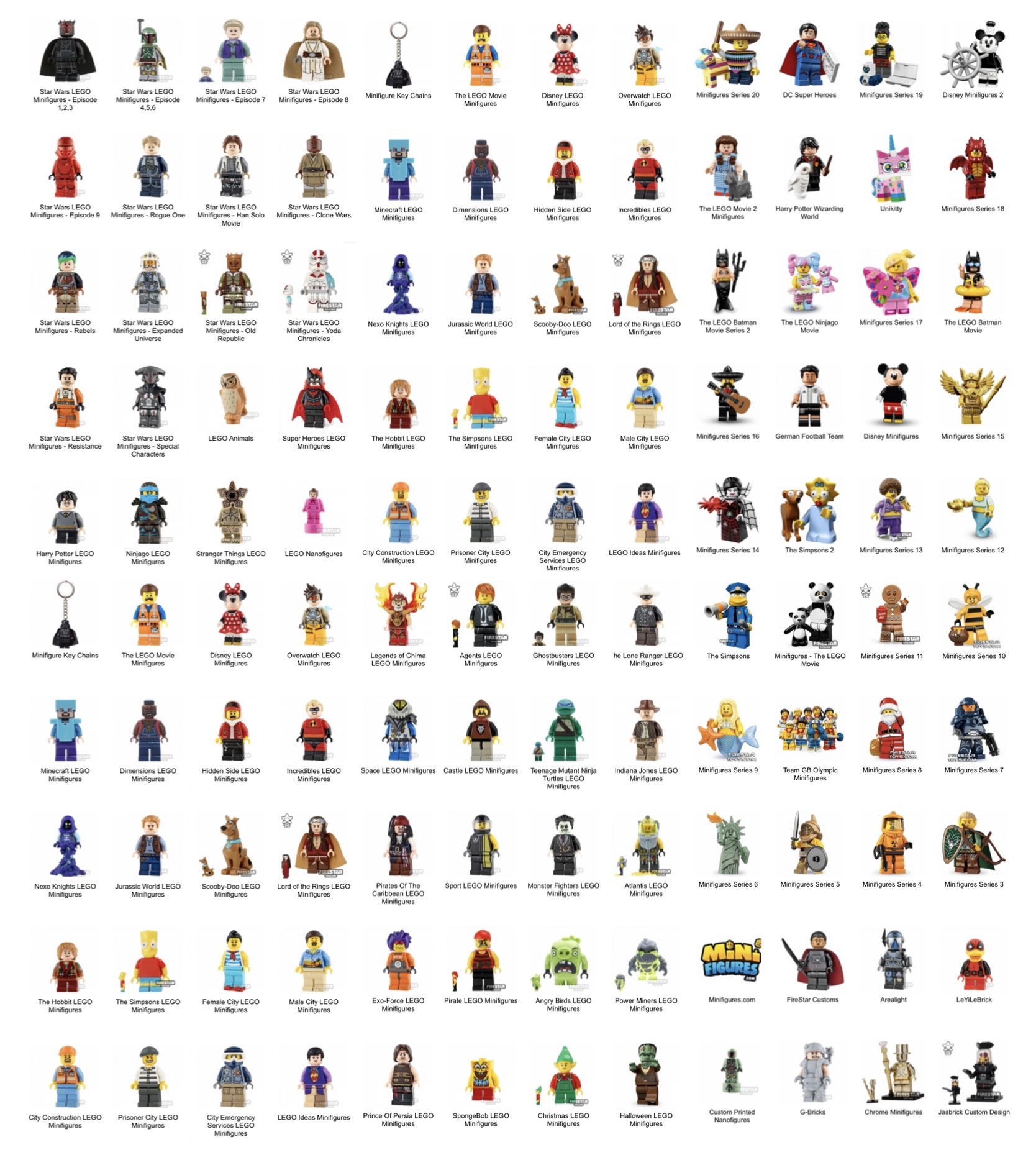 The Battle Pack Pickle is a problem that army builders frequently encounter. The issue is twofold. First, modern battle packs often include named characters or less desirable figures. For example, the Jedi and Clone Troopers Battle Pack included a Ki-Adi-Mundi minifigure. This is great for kids because it’s a cheap way to get a named Star Wars character. However, it’s a big problem for army builders. Fans want an army of Clone Troopers. No one wants an army of Ki-Adi- Mundi minifigures. Ki-Adi-Mundi is one person, it wouldn’t make sense to have multiples of him. 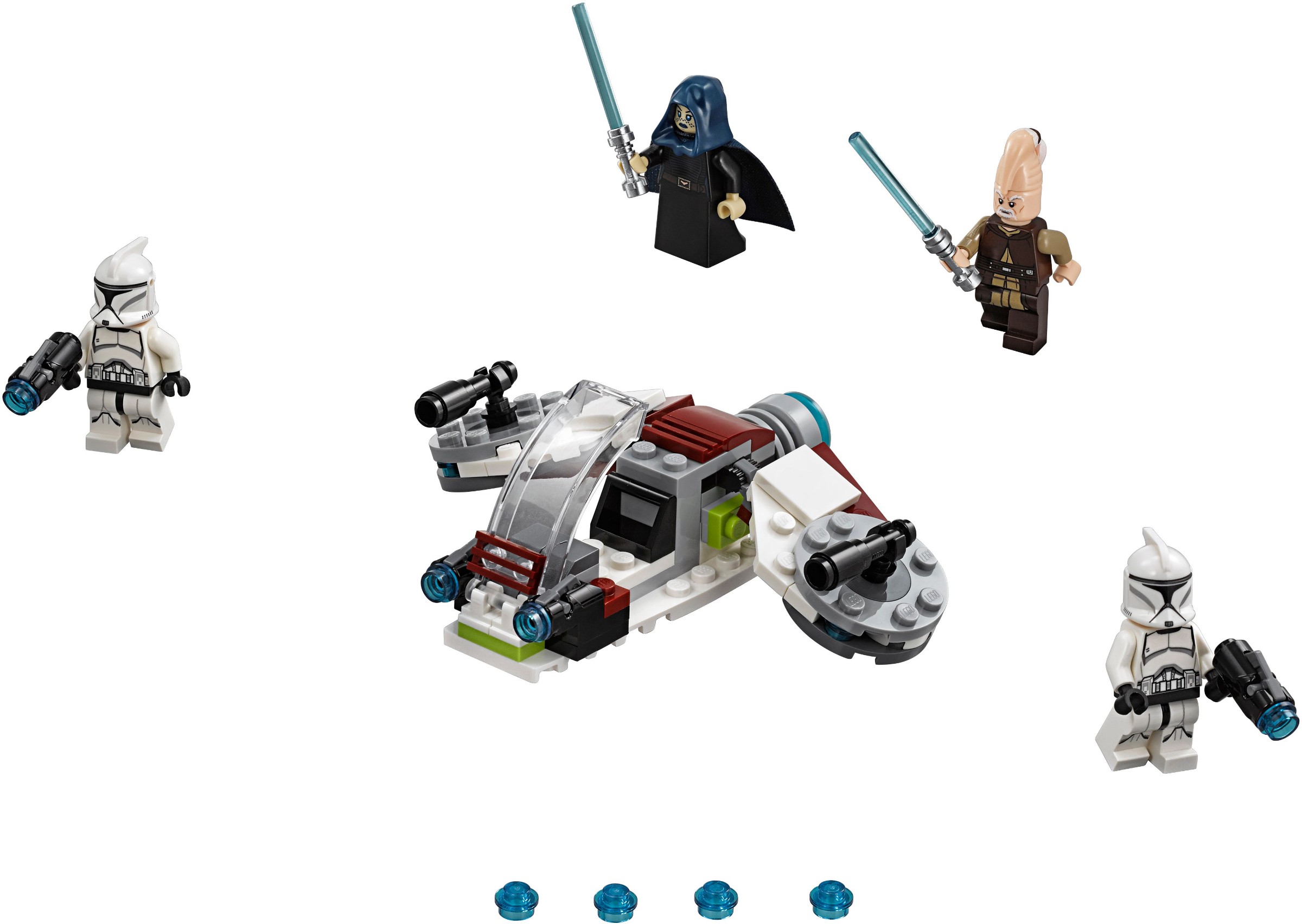 Secondly, amassing battle packs can lead to overwhelming quantities of undesirable builds. For example, the 2018 Tatooine Battle Pack. The little transport is quite cute. The problem is nobody really needs more than one. Fans who like to build minifigure armies will have purchased hundreds of these. What should they do with all the undesirable builds? 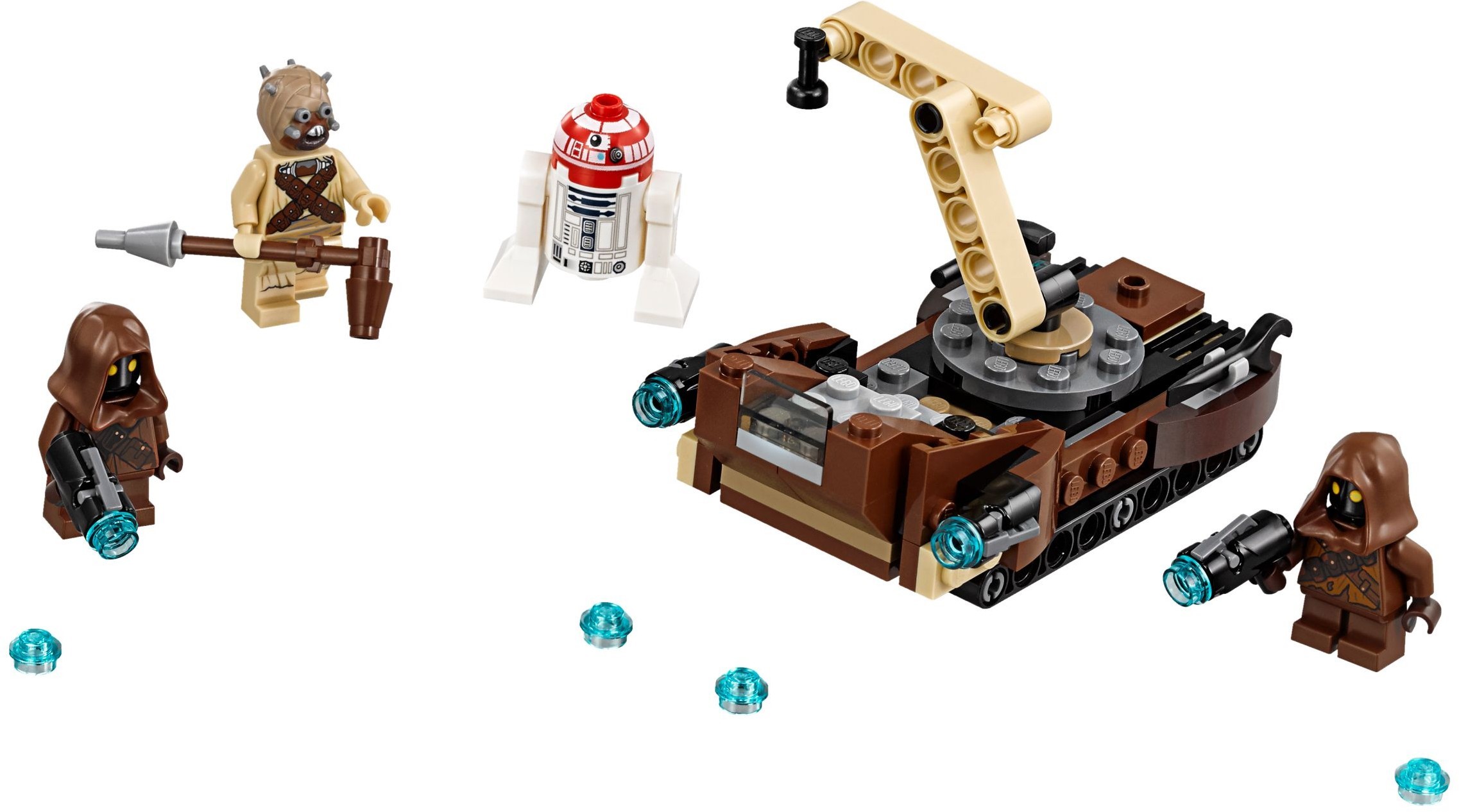 Here are some of the solutions I’ve come up with:

I hope some of you may have found this article helpful. I wish I was strong enough to take my own advice. Unfortunately, I think a fourth X-wing is destined to enter my collection.

Did I miss any major LEGO collectors conundrums?  Do you have any advice for fellow LEGO fans? Please share your wisdom and thoughts in the comments below. I’d love to hear what you have to say on the matter. 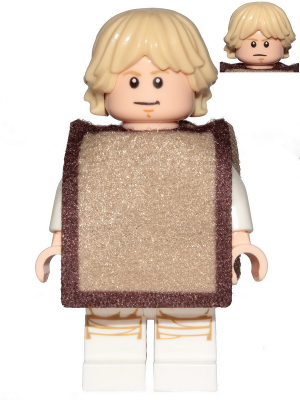