When you type “LEGO websites” into Google and hit search, you get a number of results. It starts with the LEGO Group’s official page, and continues with a number of various sites from around the world. Some of them are recognized by LEGO (RLFM) and some are not. Even if you’ve been in the LEGO community for a while, it’s easy to miss a great site simply because it doesn’t appear at the top.

Recently I’ve learned about a few sites that made me look at LEGO bricks and minifigures in a different way. Assuming I can’t simply be the only one who never heard of them before, I decided to make a list of these LEGO websites and share them with you.

A fellow blogger told me about this site when I was writing the LEGO Glossary, and said it was worth mentioning. I have to admit, I was a bit skeptic at first. I mean, if I were to mention every single LEGO website in the glossary, it would be endless! But I decided to take a look anyway.

And was I glad I did!! I was expecting a regular blog, news about this, reviews of that. Yes, they have all those. But for me what was truly fascinating was the community that builds so many awesome models. I could spend hours, look at all the different builds, and still find something new the next day.

You see, I’m not very much into building. My passion lies more in collecting LEGO minifigures. I rarely buy sets these days, and when I do, I build what the instructions tell me to build. I don’t look at the pieces and think “Hey, I can build this as well.” My mind doesn’t work like that because it’s not used to working like that.

So when I see a MOC or mini-build, I tend to lose my mind a little. I see something I can’t do, and seeing someone do it makes me appreciate them a lot.

Now imagine you’re like me, for a second, and then imagine yourself stumbling on a site with mainly MOCs – both small and large.

Yes, I did lose my mind. I think it’s still wandering around in eurobricks.com, because I haven’t heard from it ever since I first visited the site. 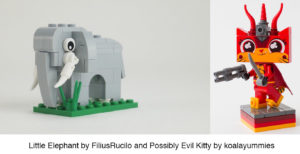 New Elementary and The Brothers Brick

For me, these two sites are worth mentioning together. It may be because I learned about them at the same time, or that they are both equally awesome. Either way, mentioning one before the other wouldn’t be fair.

Both have your regular LEGO blog stuff – reviews, news, events, competitions… In addition to those, both feature various builds. They find such great designs that like the ones on Eurobricks, they manage to blow my mind away.

What makes these two sites amazing, though, is the how they look at different subjects. Take New Elementary, for example. In addition to the “regular stuff”, they also write about new parts the LEGO company included in a certain set, or how they differ from the old versions. They look at the different color schemes produced throughout the years. Ever heard of Modulex or Jumbo bricks? You can find them there. 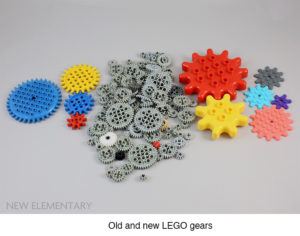 The Brothers Brick has exclusive interviews with LEGO designers, inside tours from the LEGO House, and an extensive timeline of LEGO history (among other things, of course). When they’re not writing about serious stuff, like the just-released news of a certain set, they can be very witty. Sometimes reading only the title of a post is enough to make you smile. Like “Breaking News: deadbeat dad ruins kid’s life, hand”. I mean, you just read it as if it was something that happened in your neighborhood a few days ago, and have a few laughs along the way.

Also, both sites publish reviews of LEGO books – which makes them extra special because those are especially hard to find. Reading the official description on Amazon isn’t always enough, and some books aren’t as popular as the ones published by DK, such as The Unofficial LEGO Color Guide by Christoph Bartneck, and therefore even harder to know about.

So if you like to learn about a different side of LEGO, these two LEGO websites are the best I’ve seen so far. They’re good for both a quick read and an extensive, in-depth, time-consuming one, always accompanied by beautiful images. 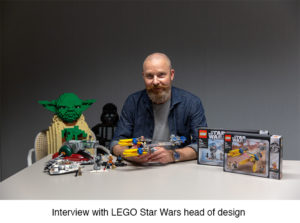 My discovery of these two are very closely connected. You see, unlike the other LEGO websites mentioned in this article, Aukbricks is not really the name of a website. Well, it is, but… ok, this isn’t going the way I planned. Here, let me explain.

Aukbricks is the Instagram and Flickr handle of a Swedish AFOL. He designs incredible MOCs, builds digitally, but in a way that you can create the exact same build if you have the right colored parts. In other words, all the colors he uses in his creations are already existing LEGO colors.

I was going through my feed on Instagram a few months ago when I saw one of his builds featured. It was a two-story stone house in a small garden. I remember thinking “Wow, it must have taken him weeks to finish it! And he photographed it so well, too.” Imagine my surprise when I found out it wasn’t a photograph at all, but a computer rendering! 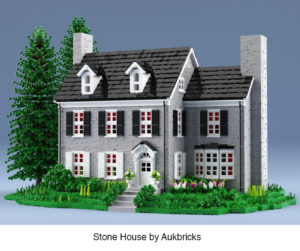 You may have heard about LEGO Digital Designer (LDD for short). It’s the official LEGO software that lets you build digitally. I had some run-ins with it in the past, but like I said, not being a builder made LDD kinda pointless for me. Later, I learned there were similar software, like LDRAW or Stud.io, but for me they were all the same, and quite useless for a non-builder.

In his bio, Aukbricks mentions that he uses LDD. Sure, that makes sense if you design digitally. But I used it too, and there’s no way he would be able to get such a realistic render out of that software. It’s for building, not rendering. Then I saw “Mecabricks” next to it. Now that was completely new for me, so I decided to check it out.

Apparently, Mecabricks has been around for quite some time. It was launched in April 2012, and even has a huge HQ of 12 square meters 🙂 It’s the first and so far the only online platform to build and render LEGO models, and it works both on a computer and a tablet.

While you can build within the online platform, if you’re already using another software, like LDD, you can import your builds and just use Mecabricks to render them. It supports files with .lxf, .lxfml, .ldr, .mpd and .io extensions. You can also export your creations as .dae and .obj formats, which can pretty much be opened with most 3D software.

One of the most important things for me in Mecabricks was the ease to create minifigures. You see, the LDD is great and everything, but the number of printed faces, torsos and legs are limited. Mecabricks, on the other hand, makes you feel like you can make any minifigure you want, be it old or new.

Another thing that impressed me – which is actually more important than creating a minifigure – was the options you had when it came to rendering. If you have a little history in 3D modeling & rendering, then you know lighting is one of the most important parts to make your model look more realistic. Luckily, for those of us who has no idea on the subject, there are more than 20 lighting presets to choose from. All of them result in a different image, letting you use them in any scenario you might have. 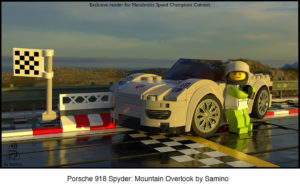 It turned out that Aukbricks uses LDD and Mecabricks, along with Blender, which is a 3D software. The plugin Mecabricks provides lets him import his builds easily to Blender, and then he renders them there. If needed, he uses a photo manipulation software to make some adjustments, too.

So if you want to build something and show it to your friends or share on social media, but lack the parts to do so, Mecabricks is definitely a great place to keep in mind. Being available online and not stressing the computer like most other 3D software makes it very appealing. I mean, if it can run on my computer, I’m pretty sure it can run on yours.

Finishing off, shutting down…

There, you have it. 5 LEGO websites that showed me a different side of LEGO bricks. I know there are many, many other great ones, but if I had to pick, I’d pick these five. The variety of topics and the possibility to do/see something different make them unique in my eyes. If there’s a particular one that calls to you, let me know in the comments section. 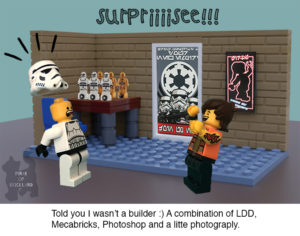 Images are taken from Eurobricks, New Elementary, The Brothers Brick, Aukbricks’ Flickr feed, and Mecabricks forum (in the order they appear). The last one is all mine 🙄