Ever seen a Resistance Troop Transporter microfighter? How about an Eravana microfighter or a AT-ST microfighter? Any LEGO Star Wars fan knows these sets haven’t been made. They don’t exist. You may think this article is some form of click bait or a late April fool’s joke. Prepare to be dumbfounded. Within the game files of LEGO Star Wars the Force Awakens, there are tons of LEGO models that most AFOLs don’t even know exist. This article is the first in a series of articles that will explore official LEGO Star Wars Microfighters that LEGO has never made into sets. 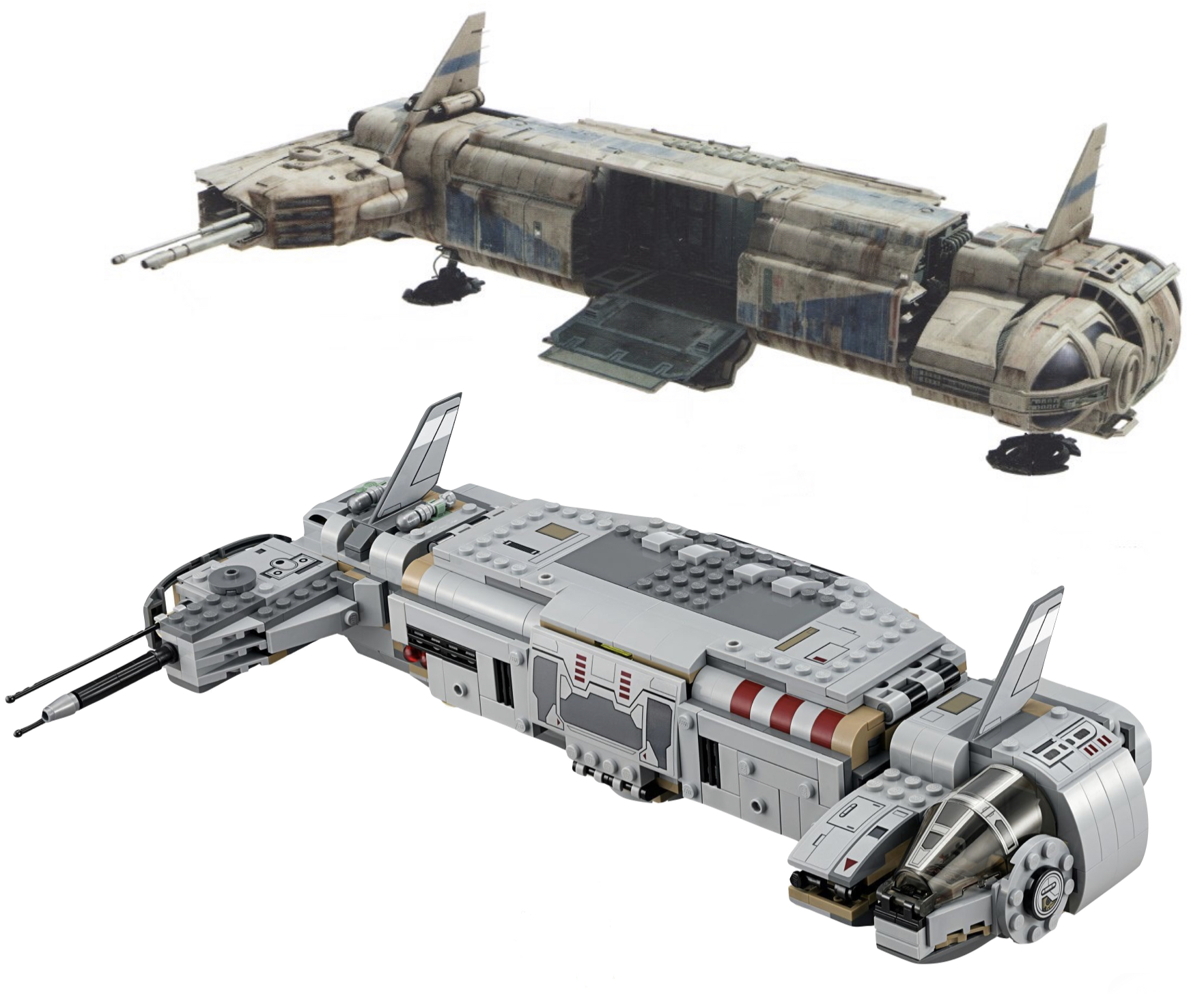 When images of the ship first appeared online, the vehicle was mocked for looking like a bulkier version of a B-Wing. However, the Force Awakens revealed the ship was intended as a troop transporter. The larger hull space enabled the ship to transport around 20 Resistance troopers into battle.  In 2016 LEGO produced set 75140, the Resistance Troop Transporter. This 646-piece set recreated the vehicle as a £60 Play set. LEGO has never released a Resistance Troop Transporter Microfighter. 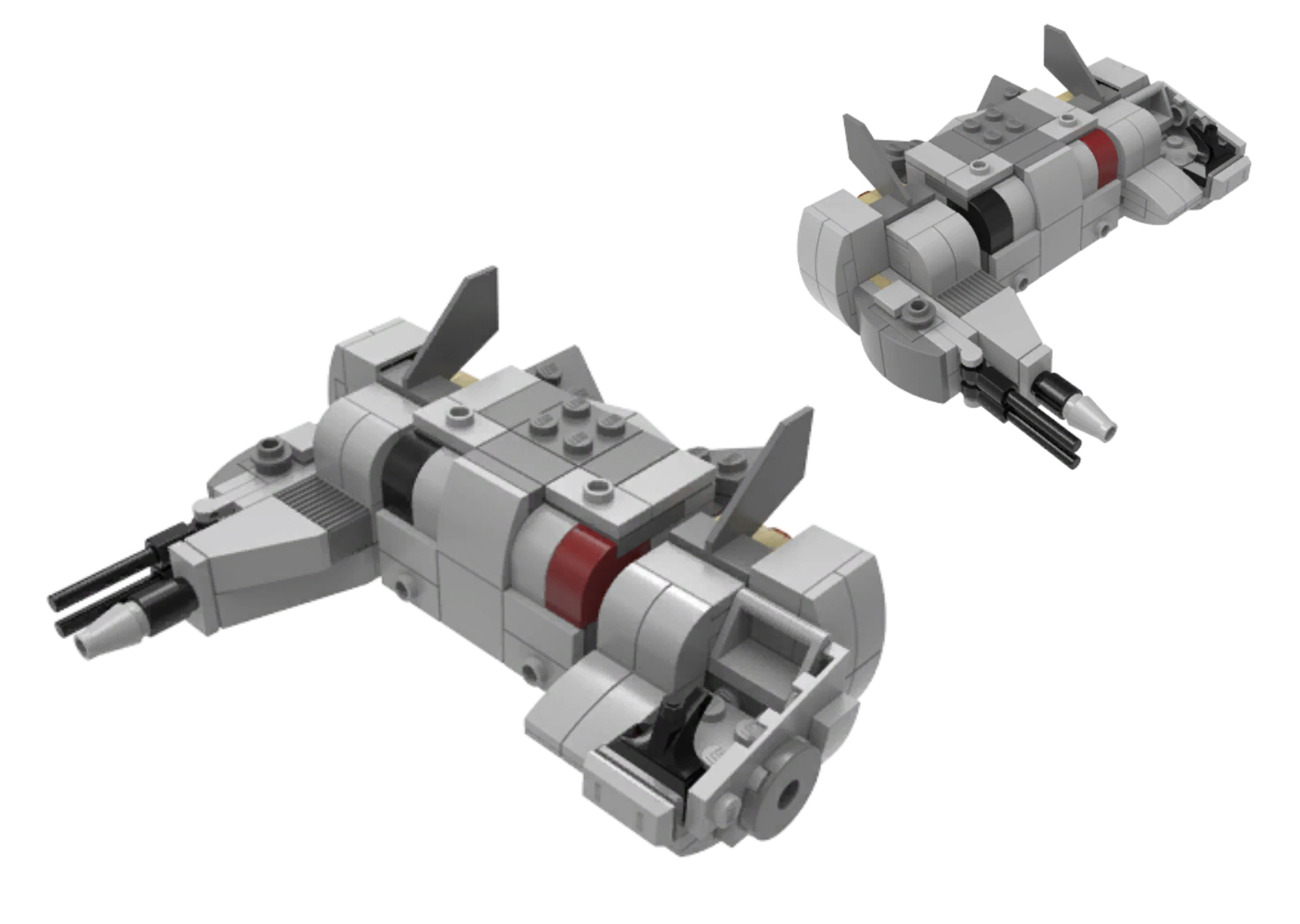 This is the LEGO Star Wars Microfighters model that can be found in the Force Awakens video game. It uses a light bluish grey colour scheme with a dark red accent colour. It also has a seat for the pilot where the cock pit would normally be. Hopefully LEGO will produce a microfighter like this in the future. 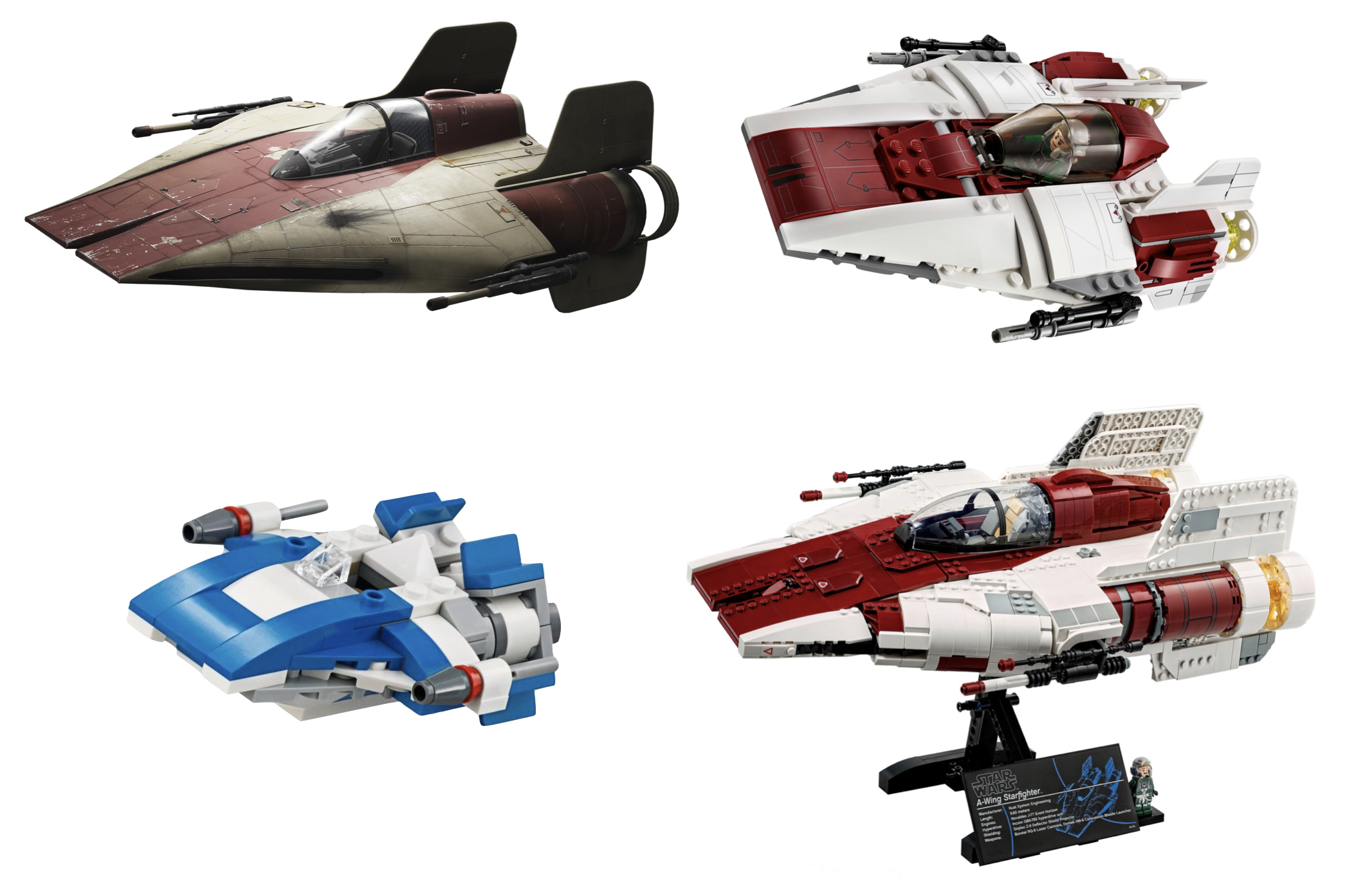 During the Galactic Civil War, the rebellion used nimble A-Wing fighters to battle the evil Empire. The ship was first featured in Return of the Jedi. LEGO released a minifigure scale rebel A-Wing back in 2017. In 2020, LEGO released a UCS A-Wing model. The set contains 1673 pieces and an exclusive A-Wing pilot minifigure. LEGO has never released an A-Wing microfighter based off the original trilogy. However, they did release an A-Wing microfighter based off the sequel trilogy. The set featured Tallie Lintra’s white and blue A-Wing. 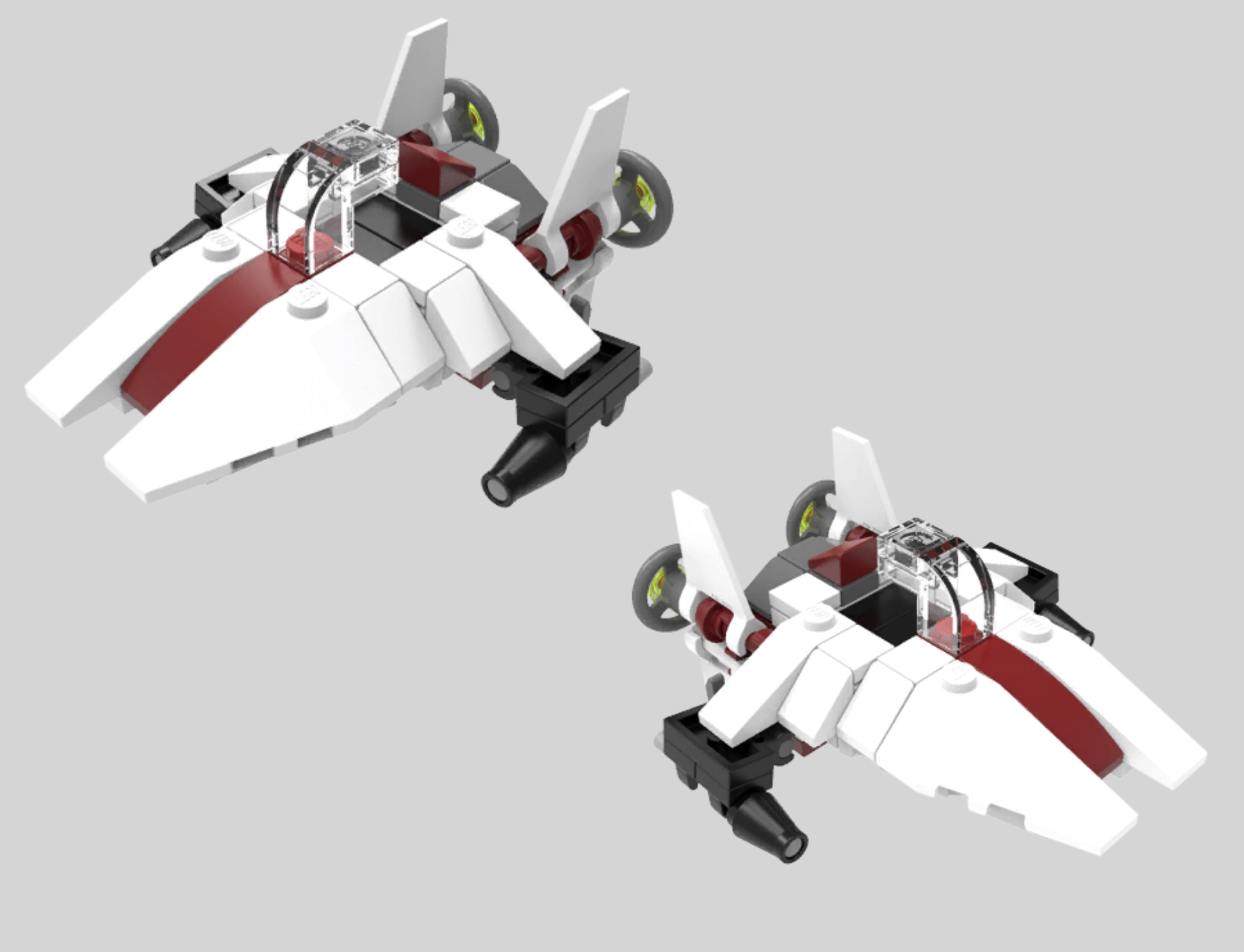 This is the rebel A-Wing microfighter that can be found in the Force Awakens video game. This model is markedly different to Tallie Lintra’s A-wing microfighter. The red colour strip is only one stud wide. The cockpit doesn’t use the classic one by one transparent cheese slope. I think that this model is very sleek and would make a great set if LEGO ever decided to produce it. 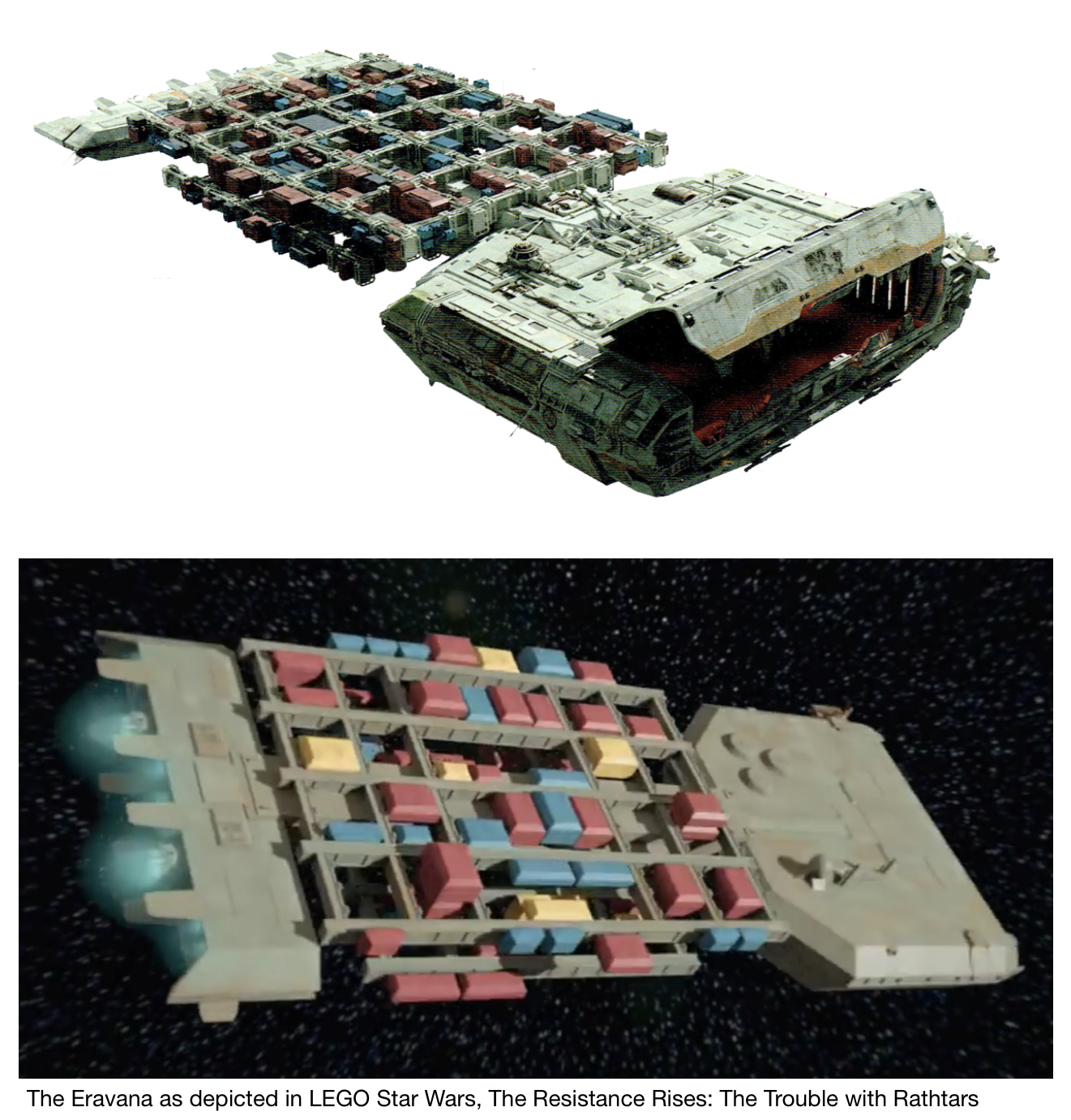 The Eravana is the baleen-class heavy freighter that Han Solo flies in the Force Awakens. Han and Chewbacca use the vessel to smuggle Rathtars to King Prana. One of the ships corridors was depicted in the Rathtar Escape set that released back in 2017. The Rathtar Escape set is the closest LEGO has come releasing a set based on the transport. Although the Eravana has never been made into a set, the ship was heavily featured in the LEGO short film, The Trouble with Rathtars. 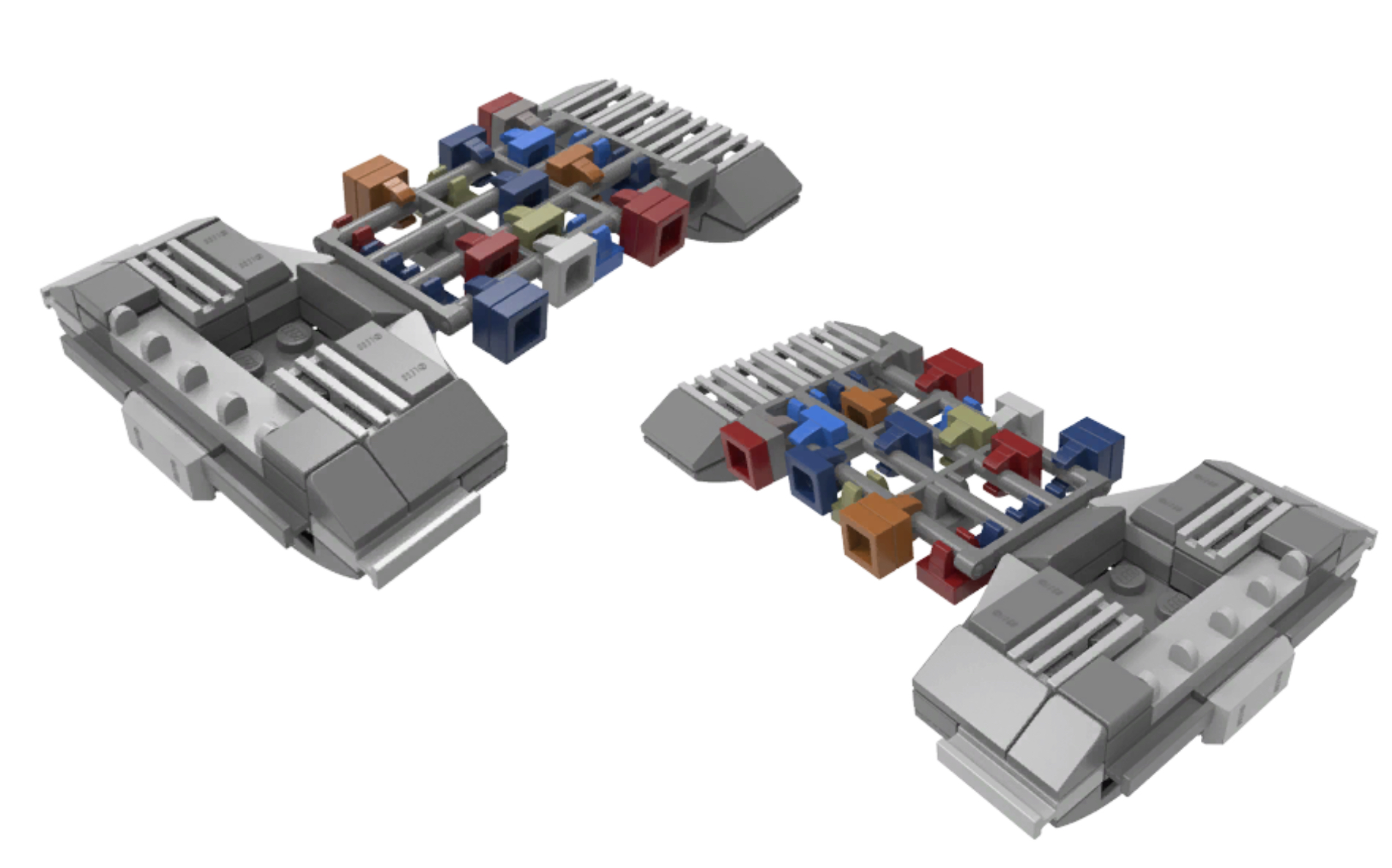 This is the Eravana microfighter build that can be found in the Force Awakens video game. I think the model looks really good. The 1×1 clip pieces work remarkably well as crates. If LEGO decided to produce this model as a set, they should include an old Han Solo minifigure to pilot the ship. The set would be a cheap way to get Han and would be a unique microfighter build. 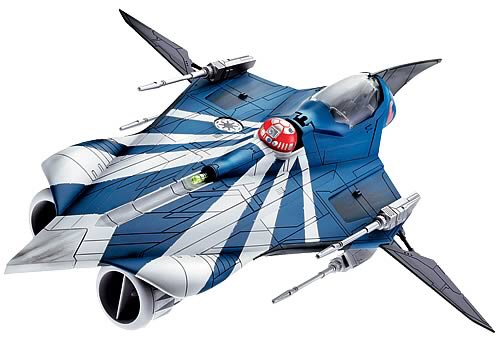 The Azure Angel was Anakin’s modified Starfighter. The vehicle may be unfamiliar to most Star Wars fans as the ship appeared in Tartakovsky’s lesser known Clone Wars series. LEGO released an ‘Anakin’s Custom Jedi Starfighter’ set based off the vehicle. Fans of LEGO Star Wars Droid Tales also know the Azure Angel as ‘Daisy May’, Admiral Ackbar’s prized star fighter. 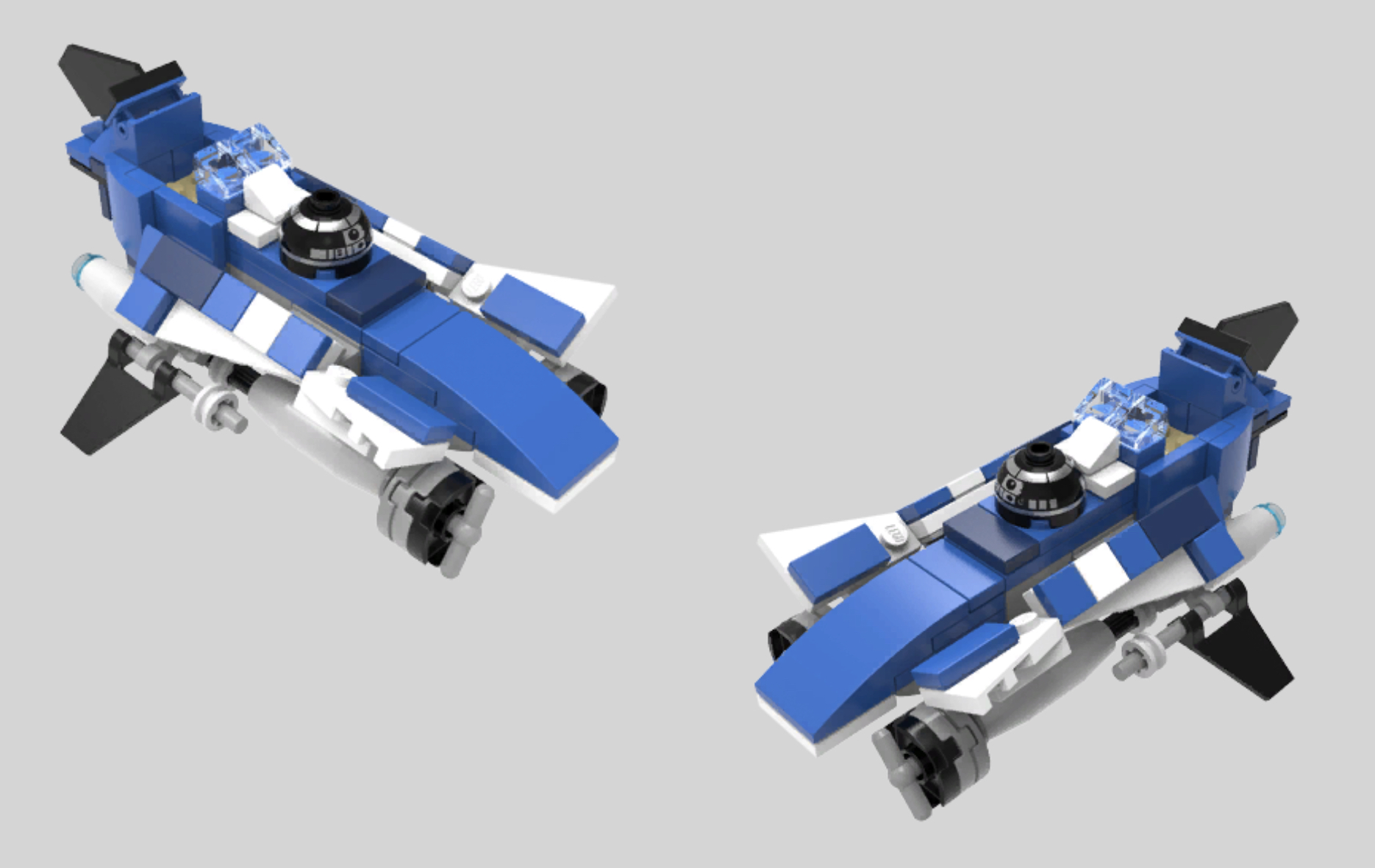 The ship was depicted as one of the microfighters in the LEGO Star Wars the Force Awakens video game. Once again LEGO captured the ship’s appearance beautifully. If LEGO were to release this as a set, they would probably change the astromech droid to R2-D2 and include Anakin Skywalker as the minifigure. 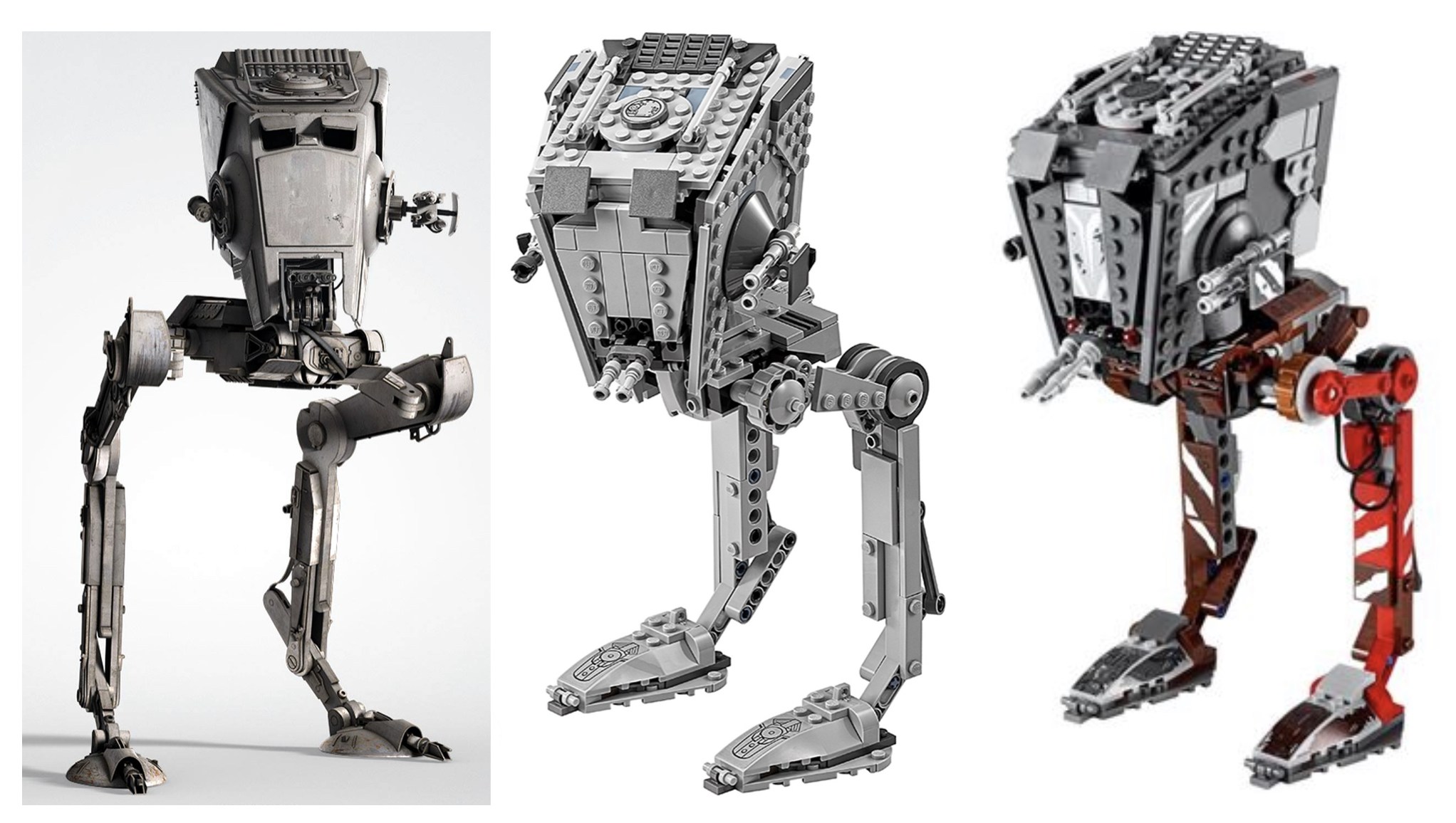 The AT-ST first appeared in the Empire Strikes Back. The Walker fought alongside the AT-AT in the battle of Hoth. Later, the Empire used the transports to defend the Death Star shield generator from fearsome Ewoks. The AT-ST has appeared in LEGO on multiple occasions. In 2019, LEGO released an AT-ST Raider set based on the fourth chapter of the Mandalorian TV series. The AT-ST can be bought from FireStar Toys if you want to add the iconic vehicle to your LEGO collection. 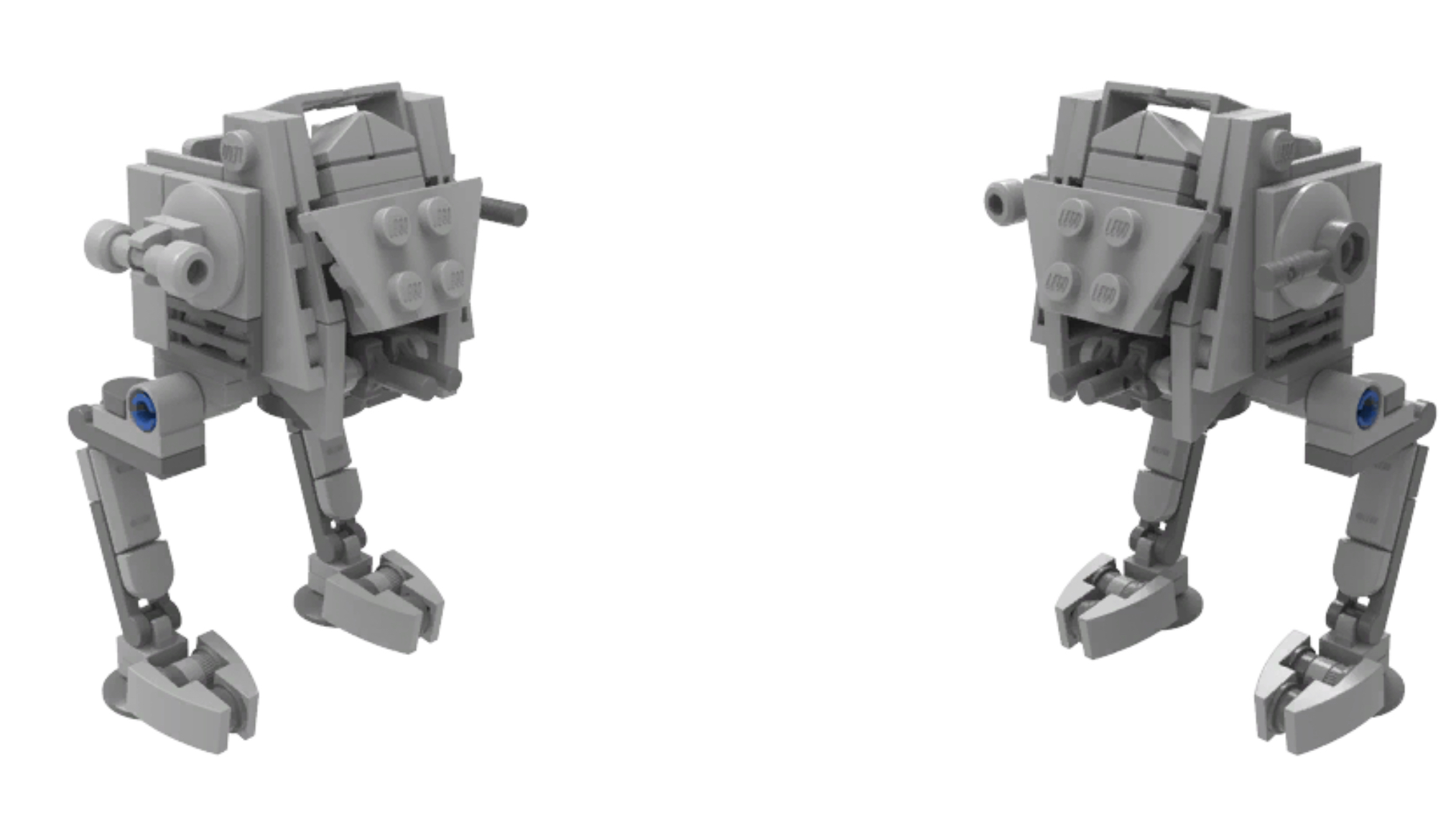 I’m honestly shocked LEGO has never produced an AT-ST microfighter. This video game model looks like it could be released as a real set although there are some clear detractors. The feet look a little small, leading me to think the model would have stability issues. The blue axel pins are an eye saw on an otherwise beautiful model. If LEGO were to produce this set, they would probably include an AT-ST Pilot. FireStar Toys sells AT-ST Pilot minifigures that would be perfect for any Star Wars fans collection.

The B-Wing was first shown in Return of the Jedi. In the Star Wars universe, the ship was designed by Quarrie, a Mon Calamari character who was named after the legendary concept artist Ralph McQuarrie. LEGO has made several sets based off the B-Wing. A UCS version of the fighter was released back in 2012 and a play set version was released in 2014. It’s probably about time LEGO released an updated versions of the vehicle. 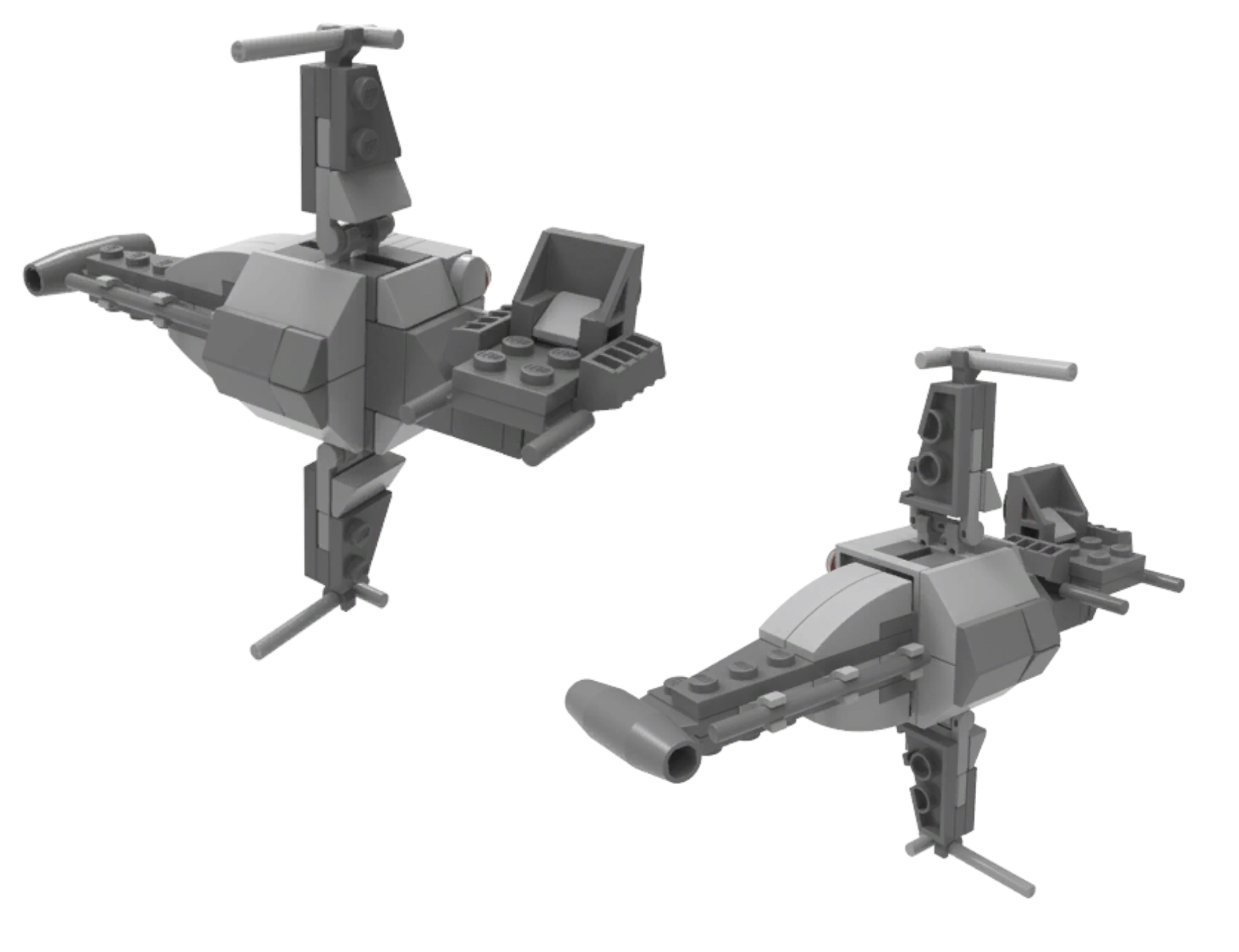 This B-Wing model looks pretty good. I’m glad the designers were able to incorporate folding wings into the model. It’s disappointing the designers failed to capture the grilled engine. Some 1×2 grill plates could achieve the right look but the ship would lose its triangular aerodynamic appearance. If LEGO were to produce this as a set it would probably include a B-Wing pilot minifigure. FireStar Toys sells B-Wing pilot minifigures if you want to add a rebel pilot to your LEGO collection.

A Grey and Red X-Wing 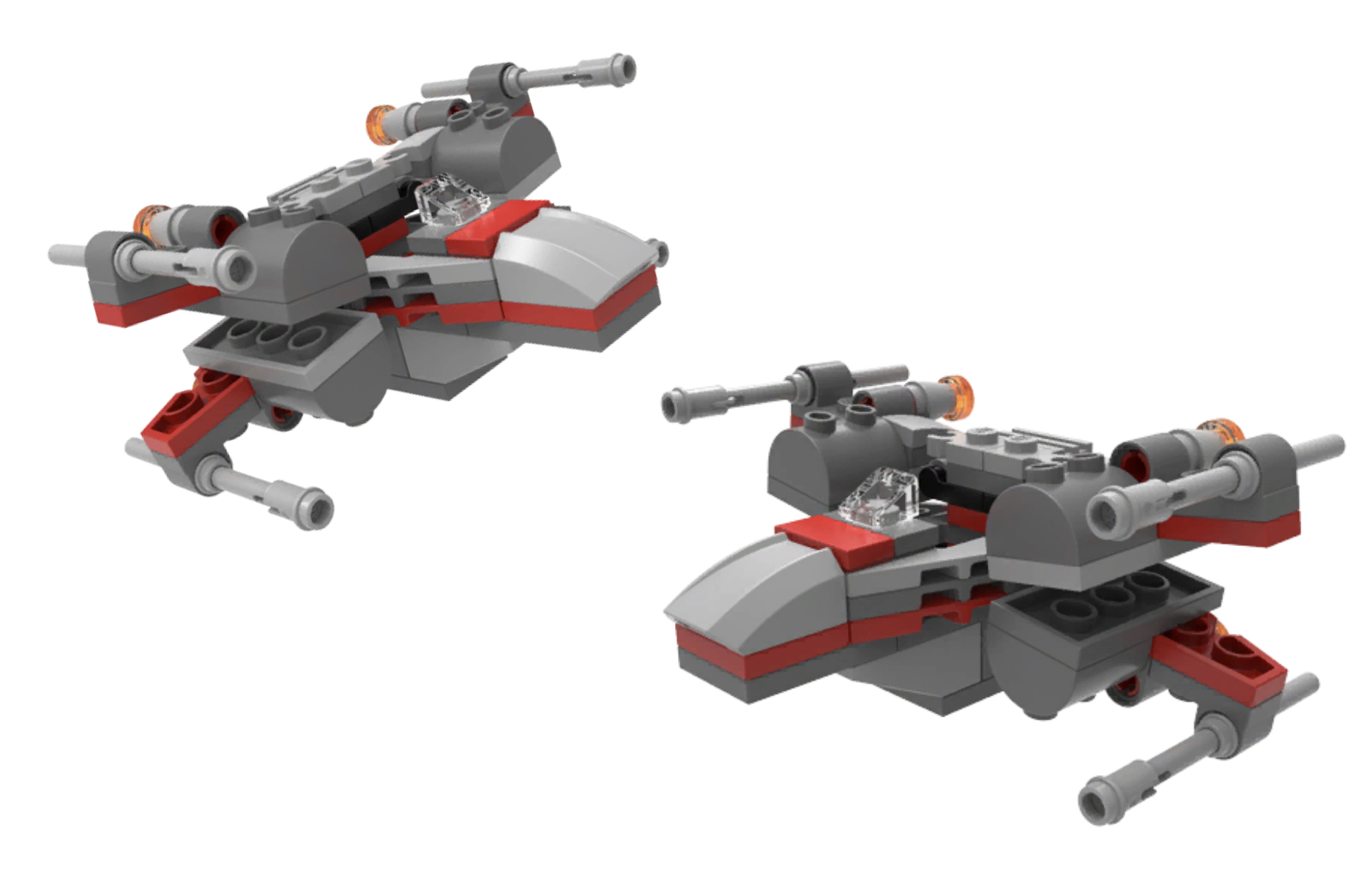 This X-Wing model is really unusual. It uses a red colour scheme, similar to the T-65 X-Wings that are used by the rebel alliance in the original trilogy. However, the half cylinder engine pieces indicate the model is a T70 X-Wing, suggesting that the ship was probably flown by members of the resistance. Due to the obscurity of the craft, I doubt LEGO would ever consider turning this model into a real set.  Despite some research I’m still unsure what this is based off or why it can be found in the Force Awakens video game. If you know, please let me know in the comments section.

I hope you’ve enjoyed looking at these official LEGO Star Wars Microfighters models. Keep reading FireStar Toys’ blogs if you want to see more unseen LEGO models. In the meantime let’s start a conversation. Which of these microfighters do you want LEGO to turn into a real set? Let me know in the comments section below. I’d love to hear your thoughts on the subject.

Bombad Bounty: A New Hope with a Mop!