LEGO has made almost every major Star Wars vehicle you can imagine. From speeder bikes to Star destroyers, the set waves are extremely comprehensive. However, some of the lesser known vehicles remain absent from the LEGO Star Wars line. LEGO has never produced the obscure AT-MA walker. No Starkiller Base model accompany the LEGO Death Star on AFOLs’ shelves. No LEGO Tie Interceptor set since 2006! Yet LEGO has produced models based on all these vehicles. Embedded deep within the LEGO Force Awakens video games are a series of models that LEGO has never released as sets. This article delves into 8 official LEGO Star Wars models that most fans will never have seen before.

This article is part of a series of articles about LEGO models that were never released as sets. If you enjoy this article, I recommend you check out my article on Unseen LEGO Star Wars Microfighters as you might find it an enlightening read. 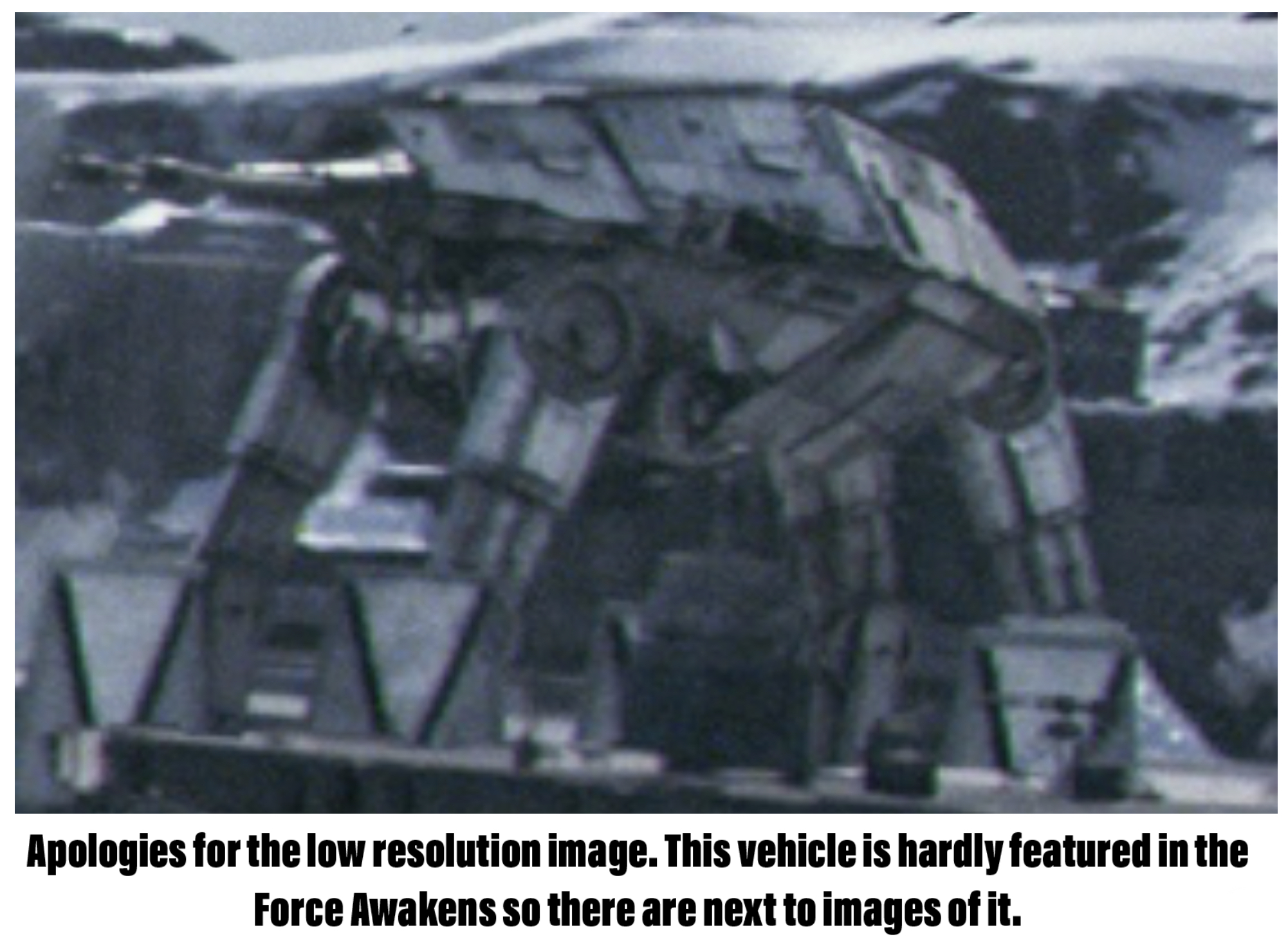 The AT-MA, or All Terrain Mobile Artillery were walkers employed by the First Order. The vehicle could be spotted momentarily during General Hux’s speech on Starkiller base. I recall being perplexed by the design when images first surfaced on the internet in 2015. It’s just bizarre. Disney, what on earth did you do to my precious AT-AT? I really don’t understand it. Designers who work on Star Wars often base vehicles on real world military transports. Perhaps the AT-MA’s odd appearance would make more sense if I understood the inspiration behind it. In fairness, the few images of AT-MA are extremely blurry background shots. Perhaps the vehicle would look better in a high resolution image.

This AT-MA LEGO model can be found in the LEGO Force Awakens video game. It seems fairly accurate to the source material but it does little to sell me on the vehicles design. Essentially, this model is a chubby version of the 2014 AT-AT set but without a neck. The two laser cannons look vastly out of proportion to the rest of its body. Due to the vehicle’s limited screen time and peculiar design I doubt we will ever see LEGO produce a AT-MA as an official LEGO set. 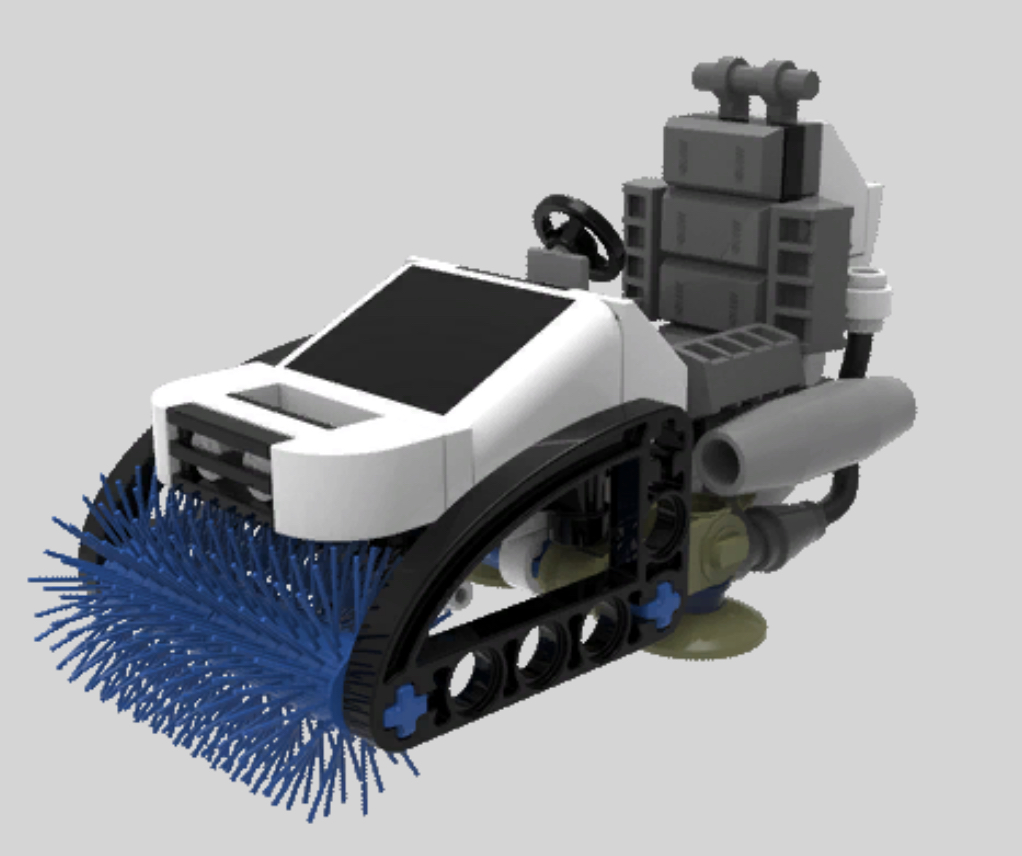 This is weird one. This is a LEGO First Order Floor Sweeper, perfect for stormtroopers left on sanitation duty. Presumably, this vehicle would drive around the floors of Starkiller base, removing grime and polishing the black floors till they gleamed. I find it hard to believe this was in a LEGO video game. Who would think to make it? If Lego were to produce this model as a set, I think they would probably include an FN2187 minifigure with a mop piece. 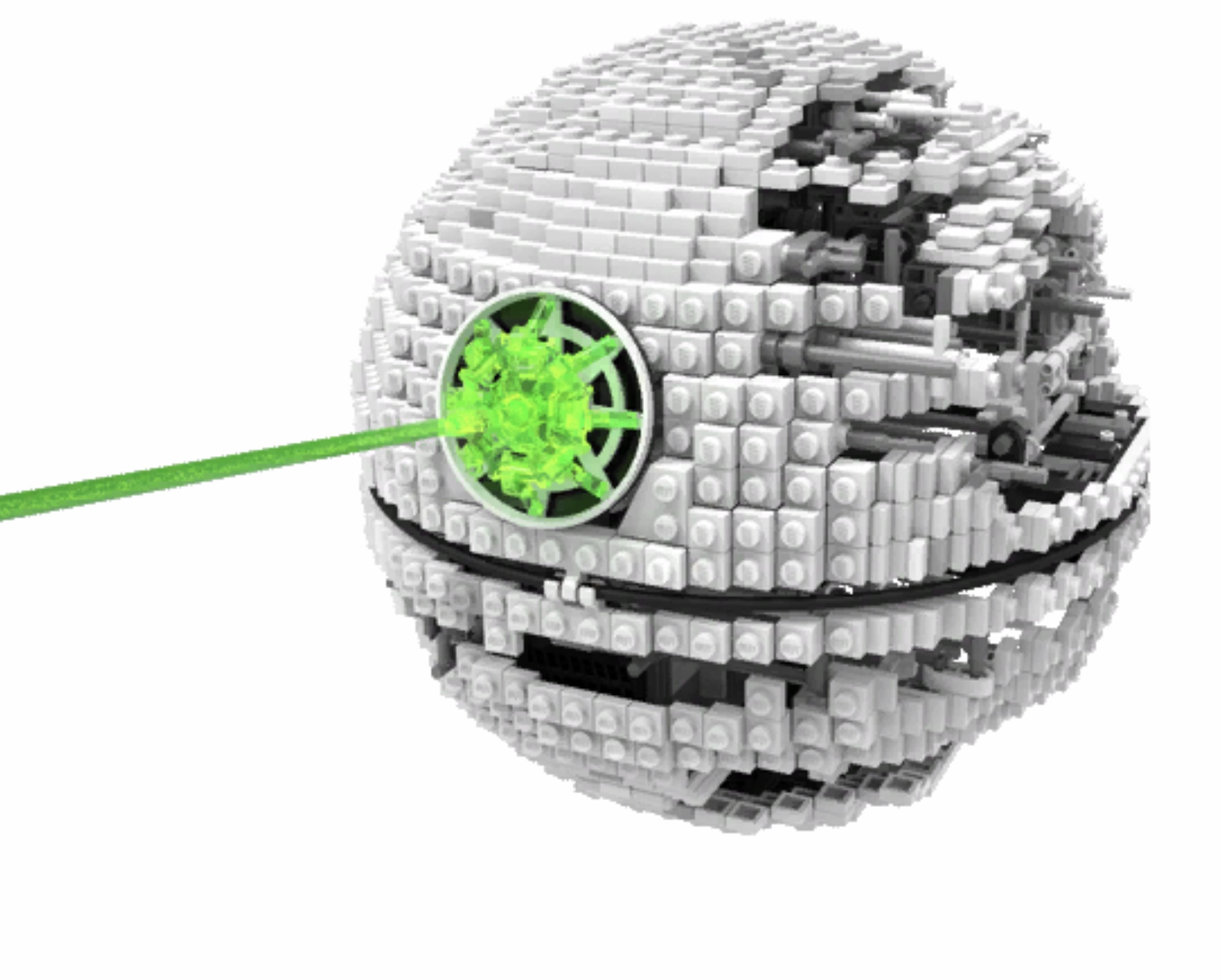 This Second Death Star model was in the LEGO Force Awakens video game. The model looks really cool. I love the use of stick pieces to represent the portion of the Death Star that is under construction. I’m also impressed that the design was able to feature the equatorial trench. Hopefully LEGO turns this model into a real set as I think it would make an incredible display piece. 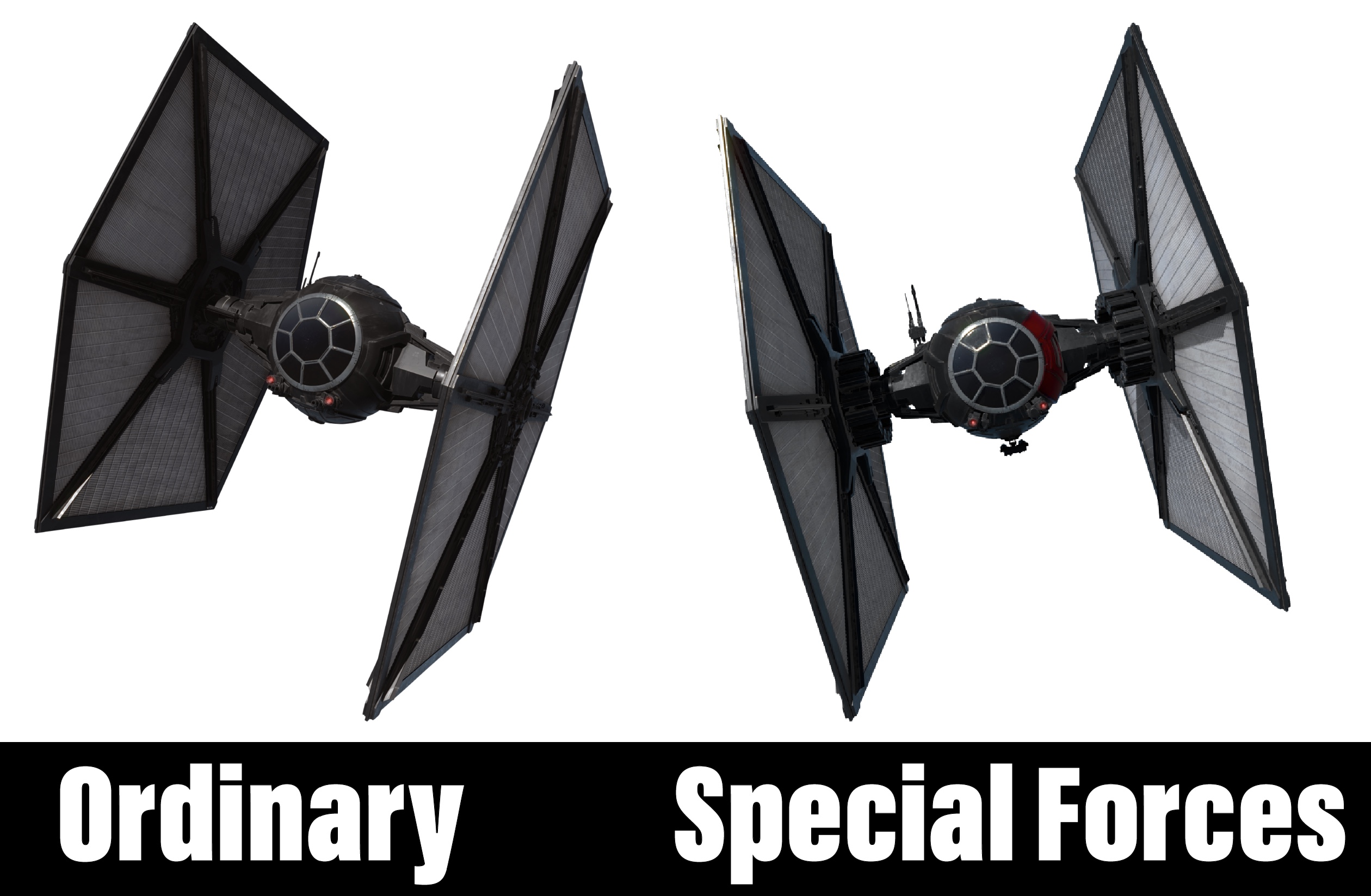 A Midi-Scale Starkiller Base

This midi-scale Starkiller base model looks great. It uses a combination of white and grey parts to represent the planets snowy and mountainous terrain. Unfortunately, the model seems to be fairly dependent on large stickers (although these do a good job depicting the technological trench that had been carved into the planet’s surface). I think it would make a great 18 plus set. Could you imagine displaying this next to the midi scale Death Star that was featured earlier in the article?

I’m not overly impressed by this model. The designers clearly struggled to capture the ships pointed angles with existing LEGO wedge plates. Since the games released in 2016, LEGO has released a series of wedge plates that would work perfectly in a LEGO Tie Interceptor set. With any luck we will see an updated Tie Interceptor model when the LEGO Star Wars the Skywalker Saga game releases later in 2020.

The Gozanti Cruiser has been depicted in LEGO before. The ship was featured in the Star Wars Rebels’ set line back in 2015. Set 75106, the Imperial Assault Carrier was a heavily modified version of the cruiser, featuring additional armour and the ability to deploy Tie Fighters. 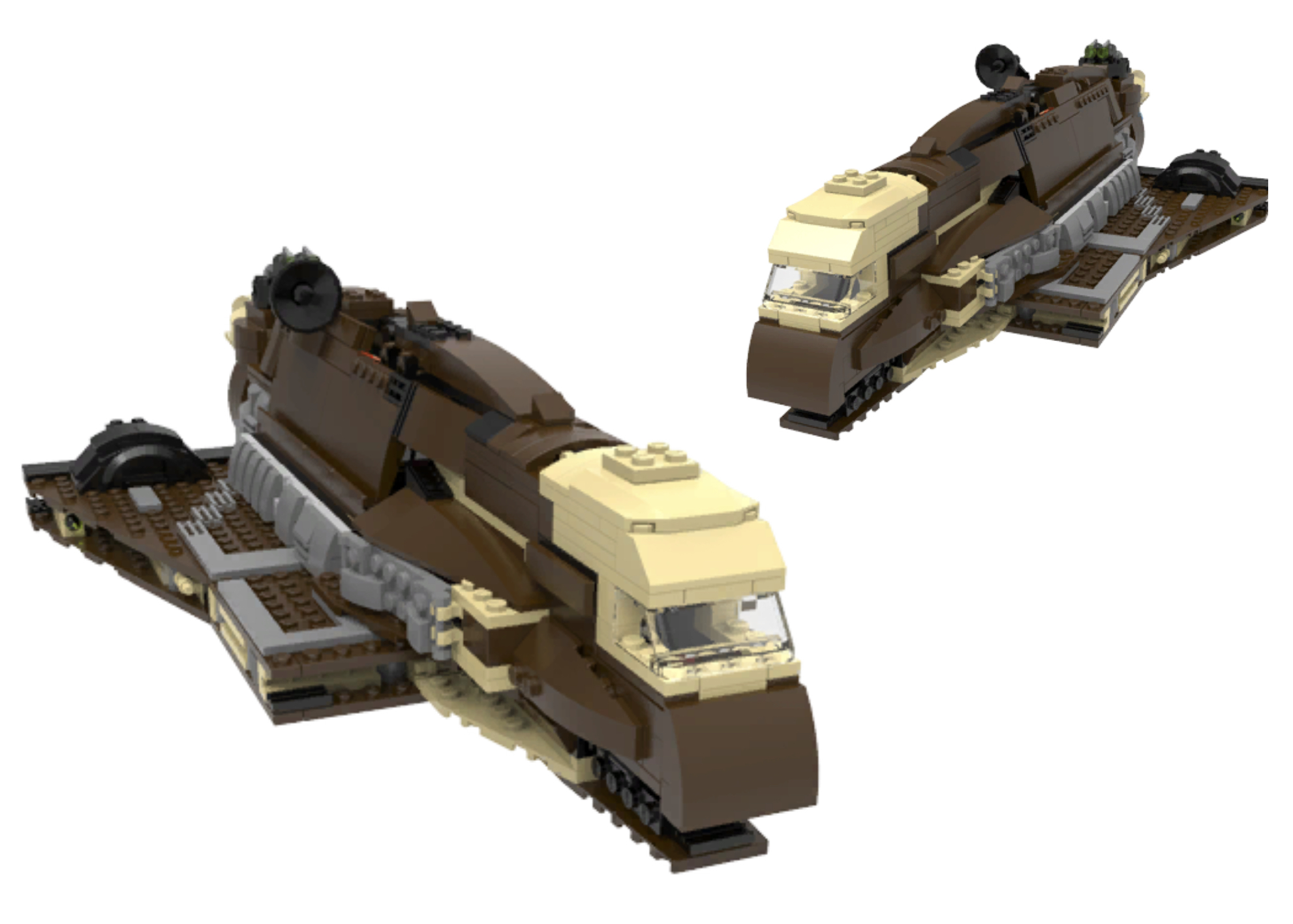 This is a brown Gozanti Cruiser. The model looks like a simple recolour of the Imperial Assault Carrier set. I’m unsure if the ship is painted brown or if it is just extremely rusty. Despite some googling I don’t know if this ship has any significance, who owns it or where it is within the LEGO Star Wars Force Awakens video game. If you know anything about a brown Gozanti Cruiser, please let me know in the comments section. I’d be fascinated to learn more about this particular LEGO model.

The Tie Bomber was first featured in the Empire Strikes Back. The Empire deployed Tie Bombers in the hope of drawing the Millennium Falcon from the asteroid field. LEGO released a Tie Bomber set back in 2003. More recently, LEGO held a fan vote to decide what a future LEGO Star Wars UCS set would be and the Tie Bomber was one of the three options. However, the Tie Bomber lost, with fans overwhelmingly voting for LEGO to produce a UCS Republic Gunship. 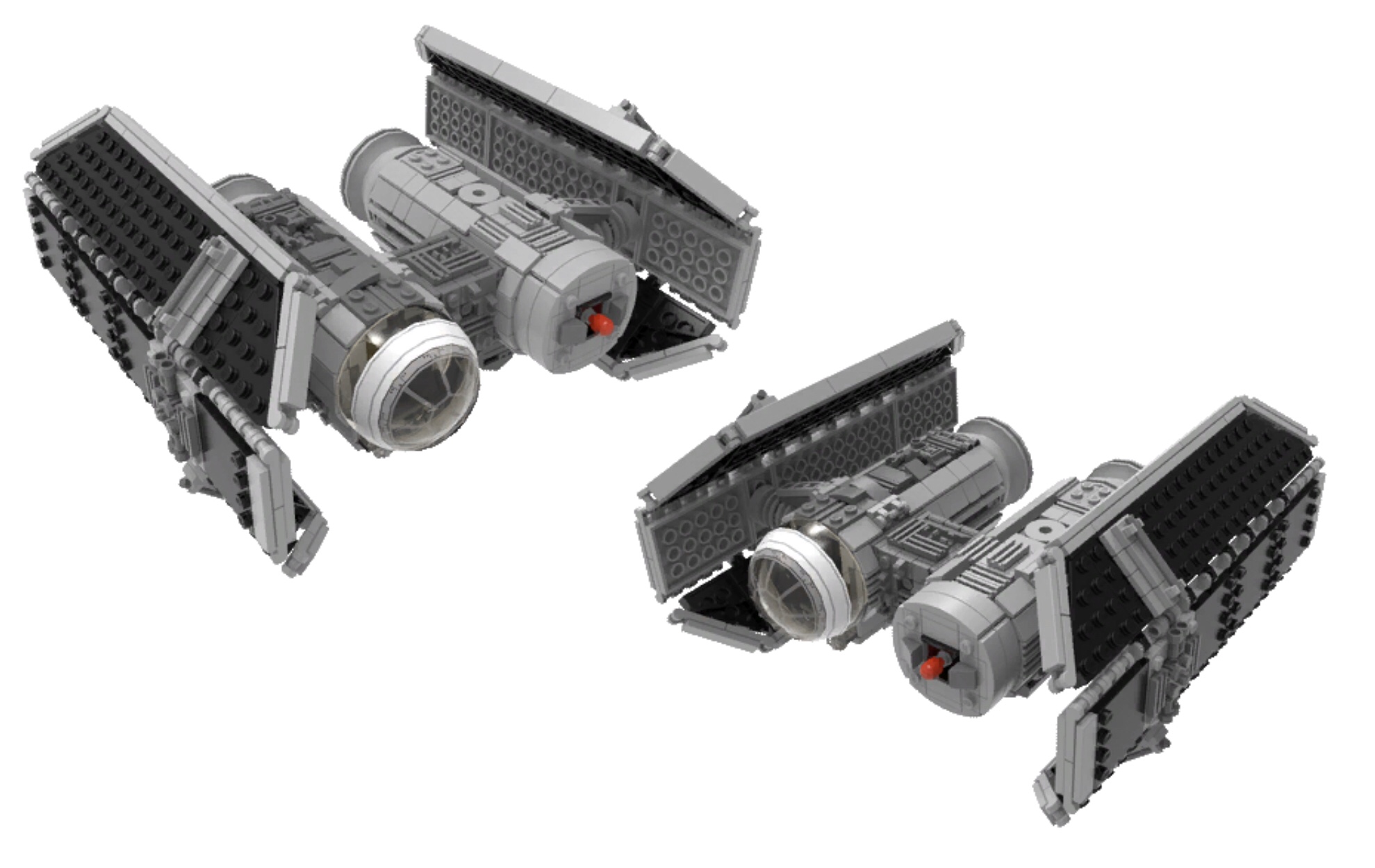 This model is peculiar. Although I’d love a LEGO Tie Bomber, I’m not particularly impressed by this model. The large dome cockpit piece looks dated. I’m baffled by the fact the designers didn’t use the smaller hatch piece that’s used on the recent LEGO Tie Fighters. It is worth bearing in mind that this model was included in a video game. LEGO designers have months or even years to design sets. Video game designers probably don’t get anywhere near as long to produce in game LEGO models. This could explain why some of the models featured in this article don’t quite look like professional LEGO sets.

I hope you’ve enjoyed looking at these official LEGO Star Wars models. Keep reading FireStar Toys’ blogs if you want to see more unseen LEGO models. In the meantime, let’s start a conversation. Which of these models do you want LEGO to turn into a real set? Let me know in the comments section below. I’d love to hear your thoughts on the subject.

The images in this article were taken from Brickset, Wookieepedia and The Spriters Resource