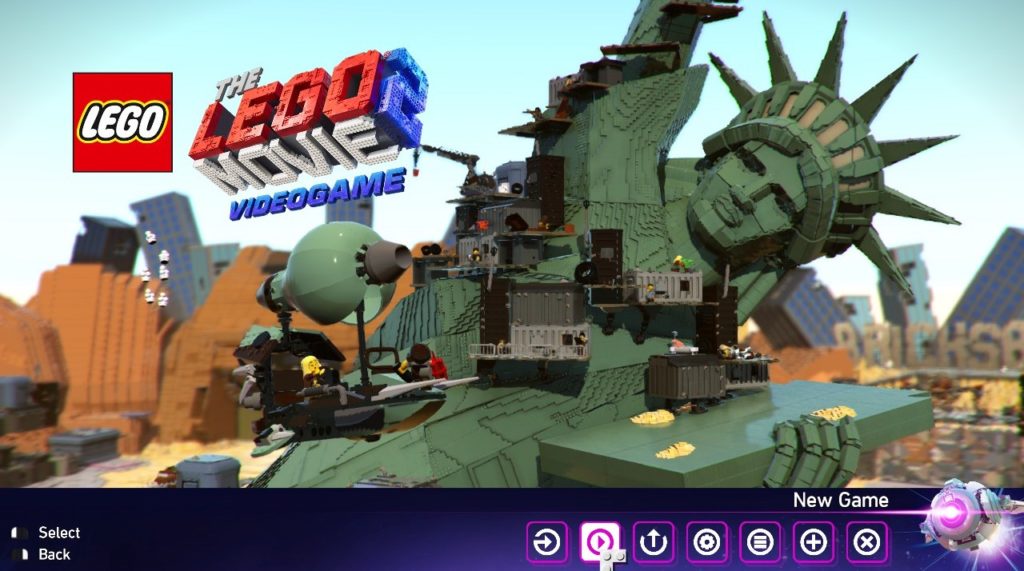 Before the LEGO Movie 2 Videogame, let’s take a step back in time. There was a magazine I used to buy as a teenager. It was mainly about computer games. There were reviews, walkthroughs, and sometimes cheat codes for the newest games. Each issue included a CD, which contained some demo versions of big-name games and some free ones.

I used to read it from cover to cover, saving each detail in my memory. I envied the writers, and wished to be one of them. In our home, the computer was always my dad’s work device. But I could also play on it. As long as it didn’t interfere with his work – or my homework – and as long as I didn’t break it (I was always a bit too curious when it came to computers).

However, thanks to living in a small town, games would take weeks, sometimes months, to arrive. At the time, downloading games from the web was out of the question. Heck, you couldn’t even find a decent picture of anything on the web back then. There was just no way for me to get a game around release, play it, and write a review.

So when I saw The LEGO Movie 2 Videogame available for pre-order on Steam, I was happy beyond words. Not only was I able to purchase it before release, but I also had the chance to play it the minute after! Imagine my excitement!

A Love For LEGO Videogames

I’ve always liked the LEGO videogames, even before Tt Games started developing them. I played almost all of the games released before 2016. The ones released after were not so lucky, because I either didn’t have time or the hardware to play them.

It was always a pleasure to see the live- action characters in LEGO, and learn more about the story through the game. The reason I know some of the Star Wars characters and scenes by heart is because I played the game on 3 different platforms, each time starting from the beginning!

I saw the changes in the gameplay and storytelling as years passed by, and I saw each game take it one step ahead, always improving.

But this article is not about the LEGO videogames in general. No, it’s about The LEGO Movie 2 Videogame. So here we go!

The LEGO Movie 2: Play Until You Go Blind! (Preferably Not…)

After 12 hours of playing, I’ve finished the game. Well, finished is not exactly right. If you’ve ever played a LEGO videogame, you know that once you finish the story there’s still lots to do in free play. The game informed me that my progress was at 24%, so it would take around 36 hours to complete the game 100%. That’s where I decided to take a break and share my thoughts with you.

The cursor was the first noticeable difference. It was the first time I’d seen a LEGO game use the mouse. I have to admit, I was a little shocked. Now, from what I’ve seen on YouTube, it appears that LEGO Worlds  has similar controls (i.e. uses the mouse as well as the keyboard), but this was brand new for me!

The game controls were very different from what I’m used to, so it took a while to adjust. You see, in the previous games (with the exception of LEGO Worlds, apparently), I had both hands on the keyboard, one for moving and the other for jumping, attacking, changing the character etc. So automatically my mind went to the default “LEGO game playing mode”, and for a while I couldn’t even move around.

Fortunately I managed to open up the control settings (it’s not hard, I was just a bit stubborn 🙂 ) and saw which keys I was supposed to press. I tried to change them to my own defaults, but that wasn’t possible. It beat me. My stubbornness didn’t work, so I decided to accept my fate and get used to the new controls.

It’s possible to move around using both the mouse and the keyboard, so I decided to go with the keyboard. If you’re not familiar playing games that require you to move the character with your left hand while using the mouse for certain actions, you may struggle at first. However, it’ll become easy to work with in no time.

Having the mouse is very useful. For one thing, you can change the camera angle to see your surroundings. You can also scroll through the tools to pick the one you need as you move around.

The second thing that grabbed my attention were the graphics. The characters seemed a bit too… shiny, for my taste. Now this could be down to my graphics card. Maybe I was expecting them to look more like they do in the movie. However I’ve also read several people complaining about the graphics, so it seems I wasn’t the only one who noticed this.

The funny part is, they’ve managed to create such a huge universe for the game that after a while, you don’t even notice how much they ‘shine’. I guess what I’m trying to say is, if you’re into oh-so-very-real graphics (which I’m not, by the way), the gameplay more than makes up what the rendering of the characters lack.

In previous LEGO games, there were levels which you played in story mode. Once completed, you could return in free play mode. Then there were hubs, your stopgap between levels. Within the hubs were characters with certain quests. Some asked you to fight enemies, some wanted you to gather certain objects etc.

The LEGO Movie 2 Videogame combines story and free play! You can choose to play the story, move from one planet (yes, planet!) to another. But you can also hang around, and spend some time completing quests.

This, in my opinion, is a huge plus. The freedom to choose between a relaxed play and an action-filled one feels really good. In the previous games, you had to reach a checkpoint if you wanted to keep your progress, and earlier games didn’t even have that. So imagine: you’re in the middle of a boss fight and your mom/dad/husband/wife calls you to dinner. Sure, you can pause the game and continue after, but it’s just not the same.

Or what if you remember you forgot to do your homework, write that report, or send that e-mail? You need to close the game, but you’re in the middle of the action! I’m sure you get the idea. But with the game modes combined, you can exit whenever you want, and come back exactly where you left off. Like I said, a HUGE plus.

You start the game as beloved Emmet Brickowski. As you walk around, you see a yellow arrow with numbers by it. Be it story or sidequest, the arrow shows your destination. This little helper is very useful, because the planets are huge and it’s very easy to get lost (which I did a few times…).

Another useful helper is the map on the top right side, where you can see people with quests as question marks, and the places where the purple bricks are located. These purple bricks are called Master Pieces. You get them either by completing quests, or by exploring the planet. They seem to have replaced the Gold Bricks in the previous games, which allowed access to bonus places.

Now, I haven’t completely finished the game, so I don’t know if there is something equivalent to the Red Bricks (which allowed certain bonus features), but I was very relieved to find that you don’t need a “Gold Brick detector” to find all the gold bricks in the game. The master pieces are spread around, and you’ll find them whilst exploring the planet and finishing quests.

As you progress in the game, you get different tools that can be used in different situations. The builder page, which lets you build stuff, scanner binoculars, which let you scan some of the objects, grapple gun to reach hard places, and so on. Of all these, the binoculars are my favourite.

Remember what Lucy used to look at Mayhem’s spaceship in the trailers? You get to use them in the game. While I find scanning stuff to add to your library interesting, the main reason I like them is simply because of how they look. I mean, who doesn’t remember the googly eyes of Puss in Boots from Shrek? These gave me the same feeling.

The LEGO Movie 2: Where To Go, What To Do

The story takes place in the Systar System, on 7 different planets: Apocalypseburg, Asteroid Field, Systarian Jungle, Harmony City, Sorting Area, The Ceremony and Syspocalypstar. Compared to the other worlds, Syspocalypstar is empty. It’s designed to be your new home.

Well, it will be designed over time. As you walk around, you see characters who ask you to build a specific thing. If you have the blueprints, you build it and complete the quest. When you first visit the planet, you are informed that the more you build, the more people will move in.

Apart from these 7, we have the Rex-plorer System that includes planets called Old West, Middle Zealand, Classic Bricksburg, Planet Unikitty and Planet Sparkles. These are not part of the main storyline, but each have quests to complete and some of them are quite silly. For example, the king in Middle Zealand asks you for “the thing of power”.

There’s also a system called Galactic Outskirts. Right now, there’s nothing there, but it seems Tt Games is thinking about expanding the universe with updates.