One man’s trash is another man’s treasure

Everyone probably has their definition of what a LEGO collector is. I might label anyone who goes out of their way to purchase new or used sets as a collector, but there is no set use of the word. However, today I will be detailing the truly exclusive one-percent: Those who collect LEGO Star Wars misprints.

For those that are unaware, a LEGO misprint consists of a figure that, through prototyping or a simple factory-floor error, has come out as a dud. If a LEGO worker saw one of these in the production line, they would almost definitely reset the printers, remove the misprints from circulation and then carry on as normal. However, not all of these misprints are discovered and a few occasionally make it into the lovely sweet-smelling cardboard packaging for us consumers to unbox and build. No one can predict the probability of a misprint occurring, which makes the exclusivity of getting one in your set even greater. It’s the closest feeling any of us would get if we managed to score a chrome Vader in our 2009 sets….

So who are these ultimate collectors?

A tightly-knit community of avid imperfectionists, whose members go out of their way to collect the most deformed figures. I’ve seen some of the largest collections open for the public, everything from droopy faces sliding down the helmet to abominations that would give any horror movie a run for its money!

I received a lot of help, especially from the LEGO Star Wars Misprint Collectors Facebook group, so if you take away an interest in misprint collecting or possibly have one of your own to sell, make sure to join using the link down below!

So, can LEGO Star Wars misprints be classed, and how do you know you’ve got one on your hands?

Hear it from the professionals…

During my investigation into the hobby, I asked for the advice of many in the community. One of the most significant collectors, Kevin Downard, was incredibly helpful in classifying the different degrees of misprints:

“This classification is helpful because all misprints are by their nature ‘rare’ which means we need some way of distinguishing them. The lowest class of misprints are common printing mistakes. These ones I refer to as print variation. This includes wonky astromech domes, eyes being out of line, or a print not fully in line on a helmet. Most of the time these are not any more valuable than a regular figure and sometimes are actually worthless.” 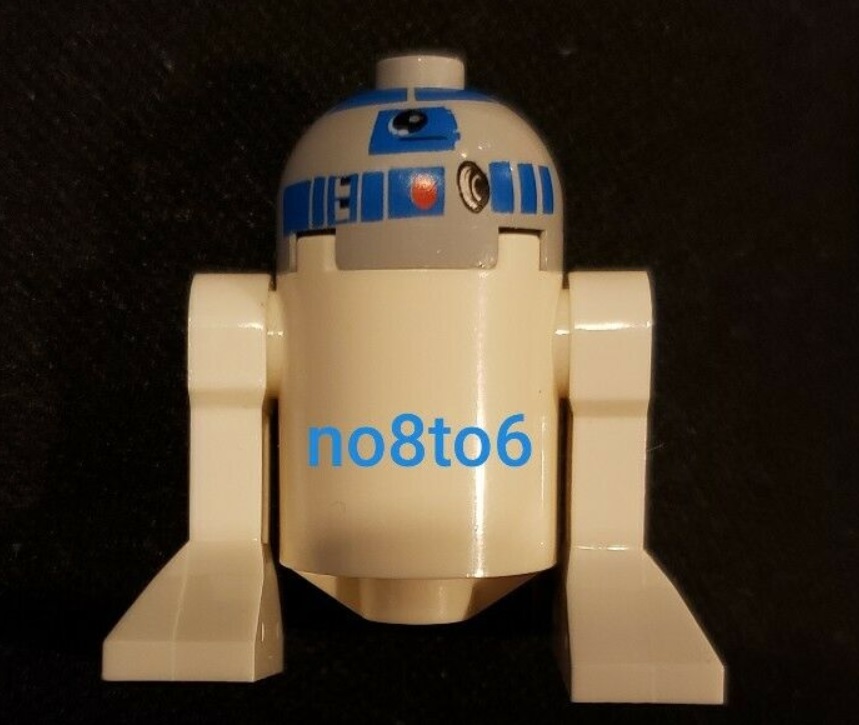 A “one of a kind” misprint of Clone Wars R2-D2. While not significantly clear, his head printing is misaligned by the slightest degree and looks wonky towards the left.

“The next class is what I consider to be the lowest level of true misprints. These include prints that are shifted in one direction or other. Right or left are the most common, but down also occurs. Print higher than usual is less common. This category also includes missing print misprints where a certain colour has been left off. These missing print ones are worth the least because it is difficult to prove that it has not been tampered with.” 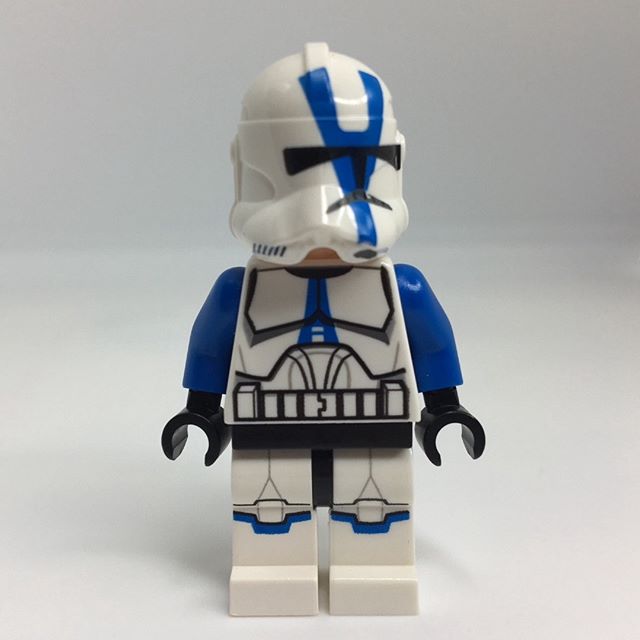 Someone’s been left out in the sun too long… This unfortunate 501st trooper has had his face shifted wayyyyy too far to the right. 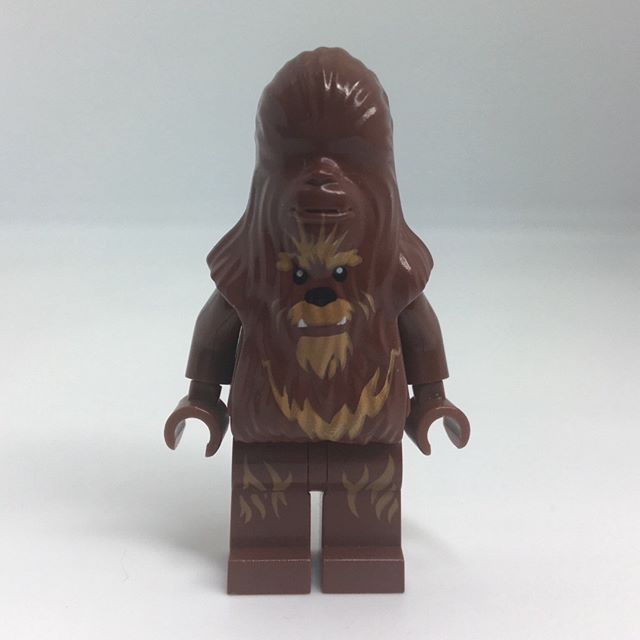 My face is down here! Somehow the printer missed Chewie’s face by a mile.

“Next up we have some of the harder to find misprints which include reverse print and print on the wrong colour part. Reverse prints as the name implies are when the print has been completely applied to the wrong side of the part. When a correct print is added to a LEGO element in a different colour than usual, the result is a misprint on the wrong coloured part. These misprints are worth more just because the error is more extreme, and they don’t occur as often.” 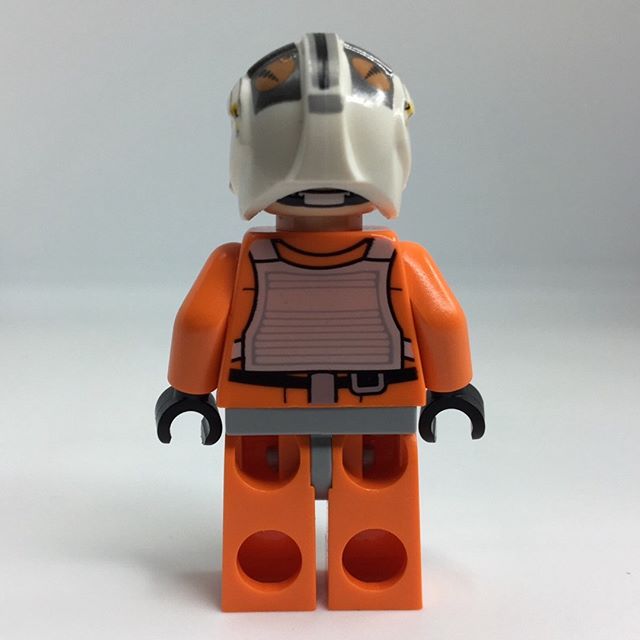 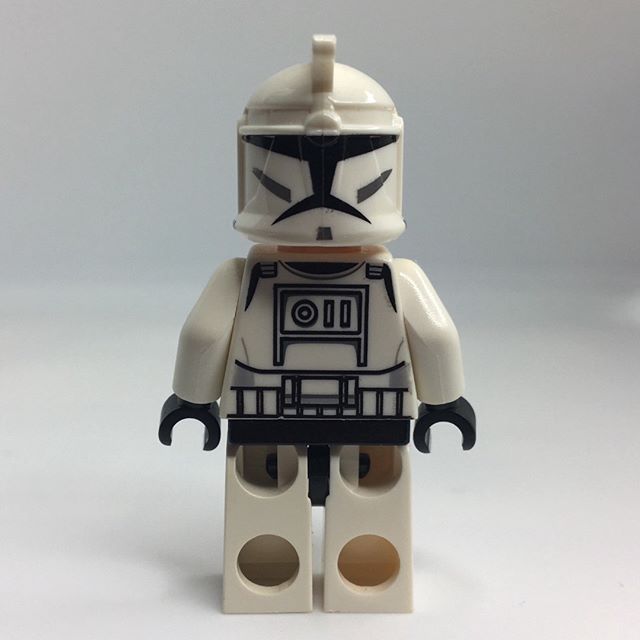 First-ever images of the mythical unicorn-clone, unfortunately, it doesn’t come in pink.

“The last category contains the hardest misprints to find. These include double prints and combined prints. Double prints occur when a LEGO piece goes through the printer twice. Sometimes the error is overlaid such as lines on a torso, or sometimes the error lands somewhere else such as the Darth Vader head below. Even though they are the rarest, simple double prints like lines on a torso are not very valuable. A double print head though can become expensive depending on how extreme the misprint is. Combined prints are a double print where one character’s print is put on a part with another character’s print. These incredibly rarely occur!” 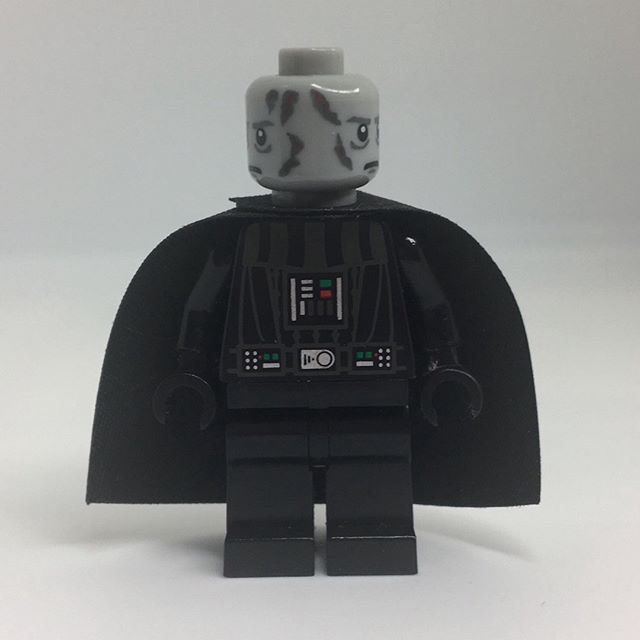 Vader decided to go for the Harvey Dent look, or maybe it’s LEGO being poetic on Anakin’s two sides?

There’s no such thing as too many misprints!

Here are some other cool LEGO Star Wars misprints Kevin has on display that I thought was worth showing, feel free to check out his Instagram dedicated to collecting at @lsw_misprint_collector. 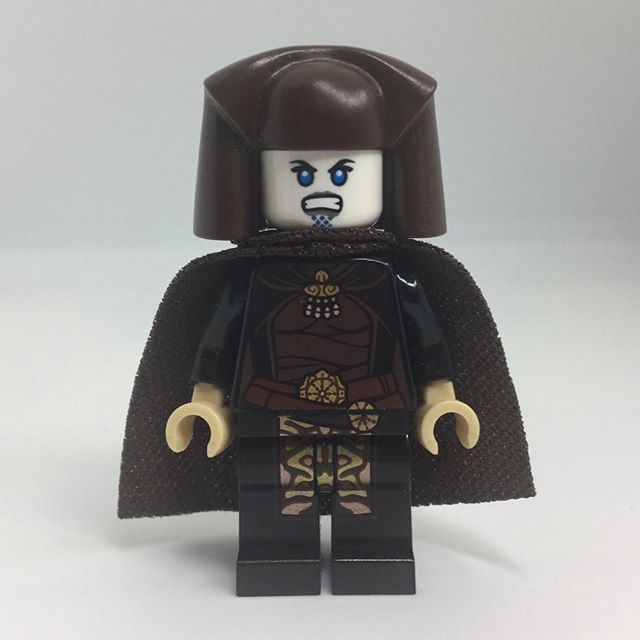 Luminara’s going pale, grab some water before she faints! 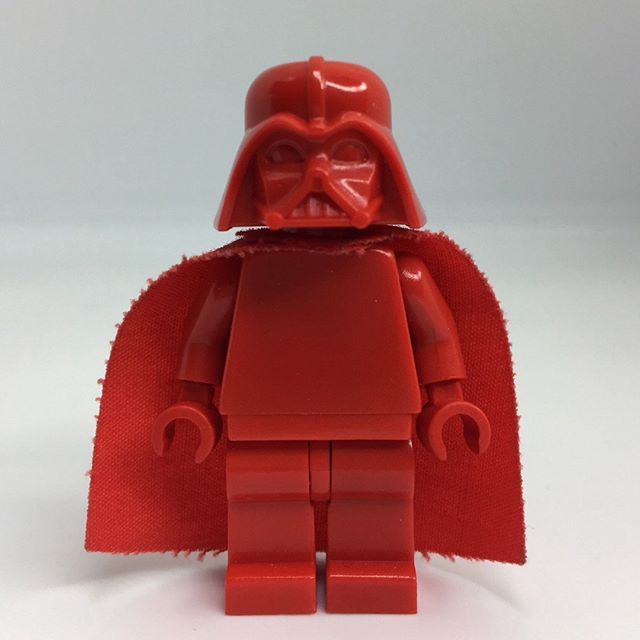 A prototype Red Vader, this is definitely one that needs to be framed 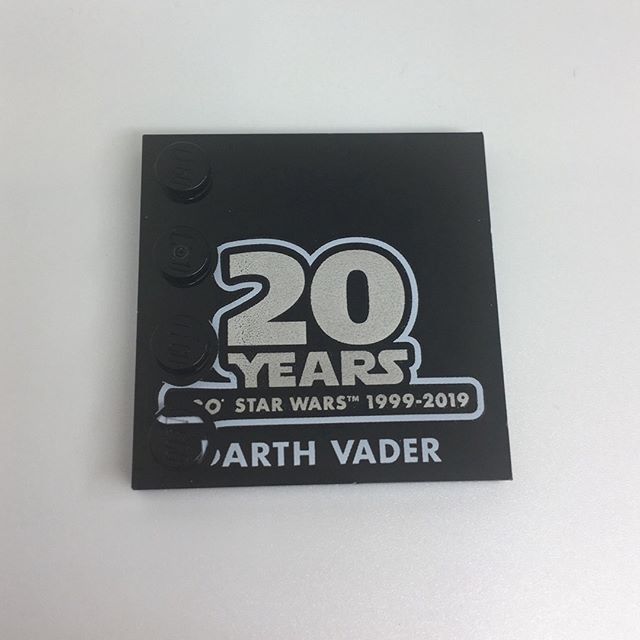 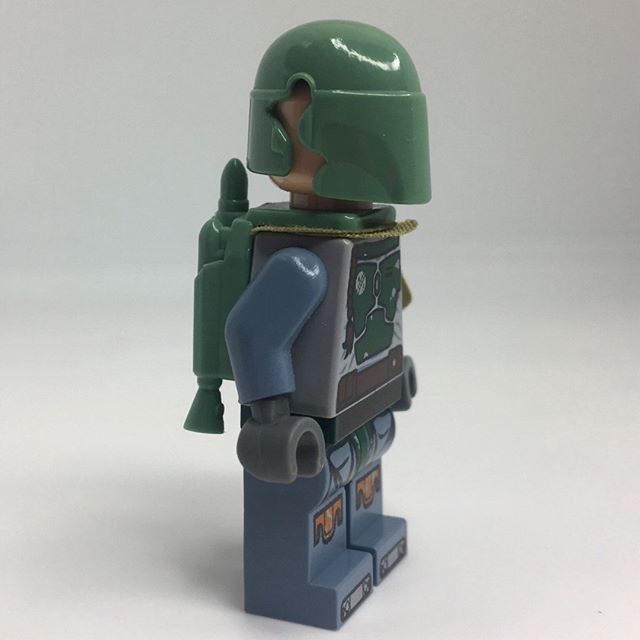 Keeping to the expanded universe, Boba somehow escaped the Sarlacc but must have ruined his armour in the process…

So how do you find a misprint?

I’ve never found one myself, so I asked local big-shot collector Charlie on how he recently stumbled upon his reverse printed Kashyyyk clone…

“It was another Saturday afternoon doing nothing in lockdown in the UK when I had a sudden thought “hey, sort out your LEGO Army”. So that’s what I decided to do!! Halfway through sorting out My Grand Army Of The Republic, I dug out the 41st elite corps (Kashyyyk clones) and started lining them up in formation. As I got to my 20th ish clone I realised his helmet was on backwards! So I turned it… that’s when I see… THE MISPRINT !! I couldn’t believe my luck! I know they don’t come about often, and to have found it by pure chance made it all that little bit more “special” it’s not every day you randomly find a LEGENDARY MISPRINT! In near perfect centre to the back of the helmet as well.”

A one-in-a-million find, a rare misprint of the Kashyyyk trooper just sitting there in the spares box!

So, are LEGO Star Wars misprints worth anything? Absolutely! If this article has taught you anything, keep an eye out for the slightest misalignment on your figures when looking through them, they could be worth some serious cash! If you’re in the market for buying such rarities, there’s plenty to purchase on eBay if you’ve got enough Republic Credits…

Remember that while not everything may not carry significant monetary value, these misprints can always just be sentimental. Who doesn’t want a wonky R2-D2 sitting there in the collection?

If you enjoyed looking at what you saw here today, why not check out @lsw_misprint_collector or join the LEGO Star Wars Misprint Collectors Facebook group.

How many minifigures are in the LEGO Death Star sets?