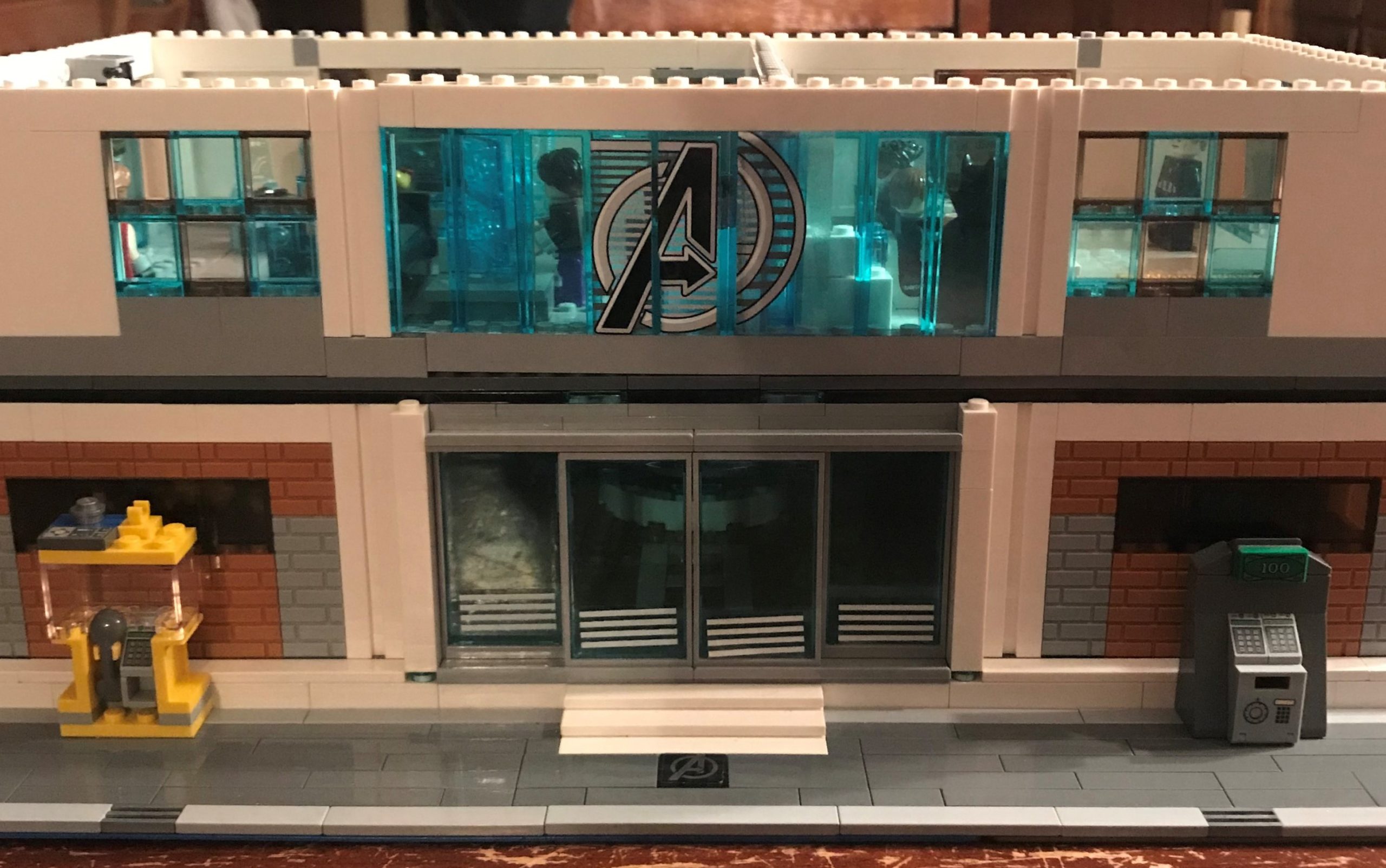 Hello there and once again, welcome to Assembling the LEGO Avengers Compound MOC. Last time, I covered how me and my brother had built the Avengers Compound in the form of a modular LEGO set as a quarantine project and had decided at the start of February 2021 that we were going to revamp it, making everything bigger and better. The first article showed the first floor, the lobby and Tony Stark’s office. In this second edition, I will be showing you guys the second floor of the Compound which is comprised of a lab and a briefing room. After several drafts and multiple tiling attempts, both sections of the second floor are now completed and ready for me to show them to you, so without further ado, let’s get right into it.

Section I: The Lab

The lab was one of my favorite parts of our original LEGO Avengers Compound but, like most of the first completed attempt, it was compact and ended up feeling a little cramped. In a space a little smaller than what you see in the pictures above, we had a medical table, two racks of Iron Man armor, a table for Loki’s scepter, and infinity stone storage center, a large computer station, and an analysis table. Yeah, it was a lot.

The benefit of now working with a baseplate and a half was that it gave us so much extra space. Now, the minifigures actually have breathing room and space to stand without bumping into a computer or a desk, and that’s especially true with the lab. Just see for yourself. 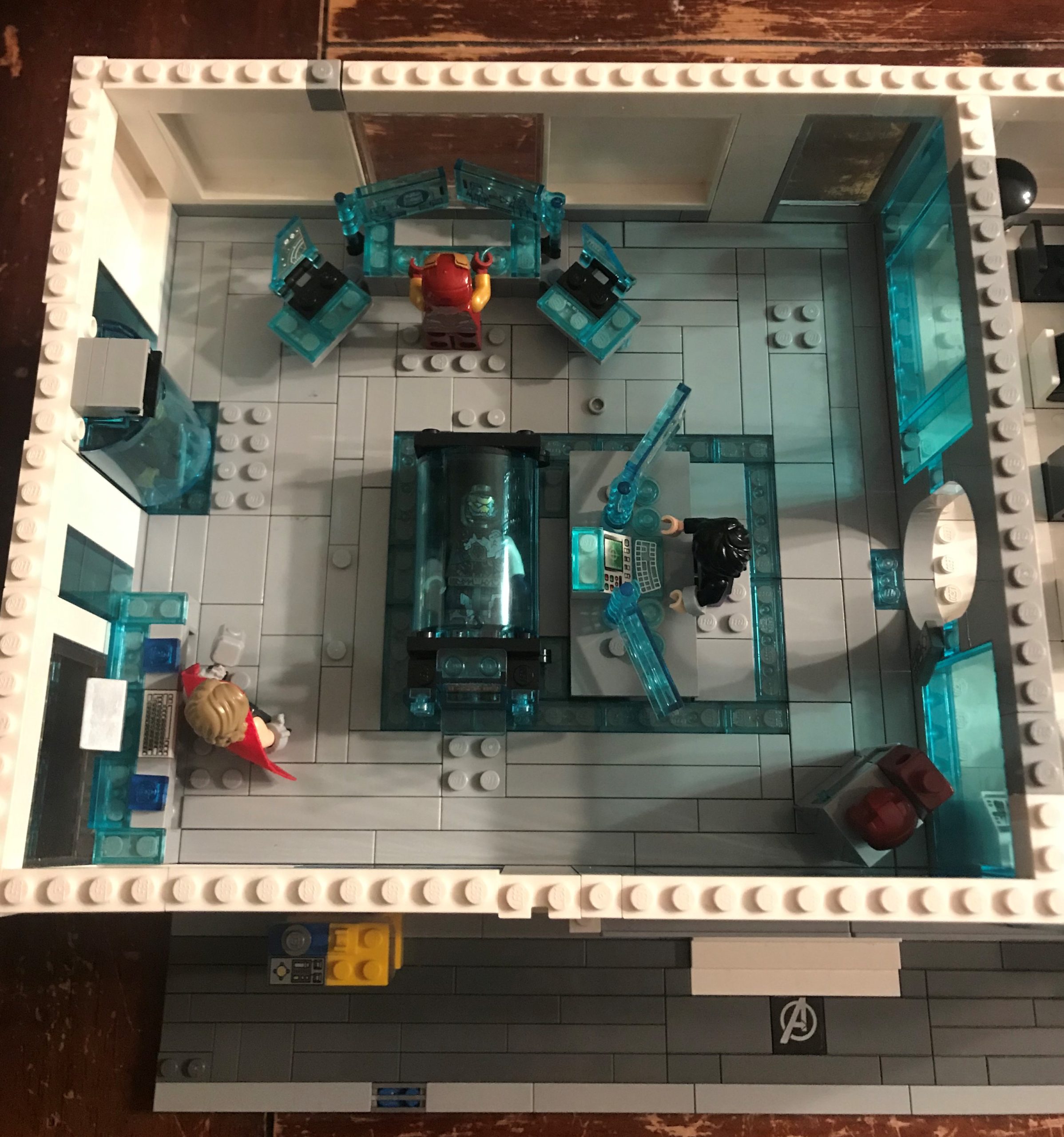 While this version of the lab doesn’t have as much stuff as the original lab had, it makes up for that in detail and space. This rendition only has one Iron Man armor storage rack, but this one has a feature that lets you open the door, allowing you to remove and return the armor without having the take it apart like you had to with the first one. We have two large computer stations instead of just the one this time, and I’m especially happy with how the one Bruce Banner is using turned out. The 2×4 trans-blue clip-on tiles really make the station pop out. 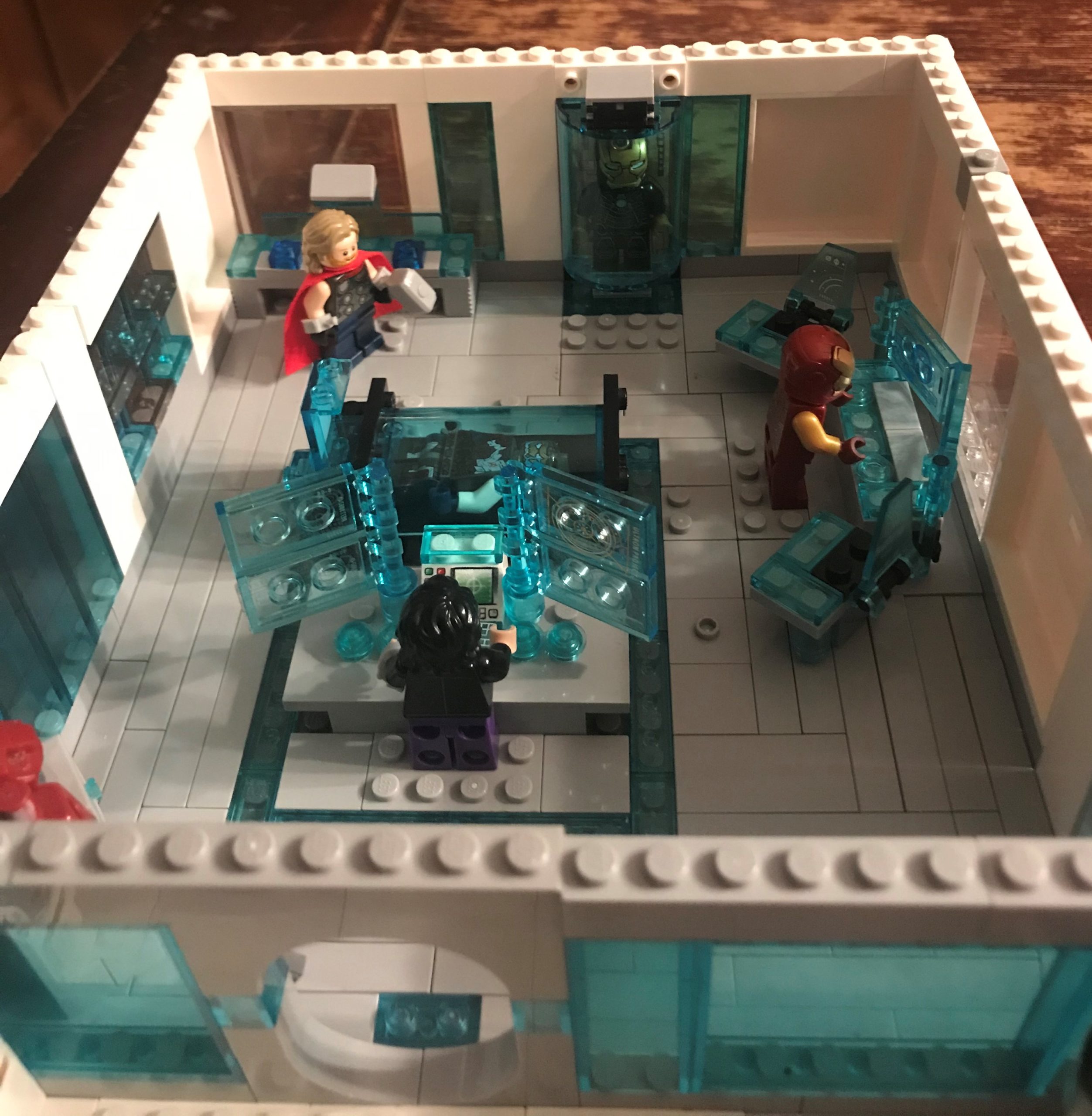 Instead of an analysis table or a medical table, my brother designed the black pod you see in front of Bruce’s computer, which is actually an Ultron pod, kind of like the pod that came in the 2015 Avenger’s Quinjet except bigger and having a sideways opening hatch. We did throw in one small analysis table (the thing Thor is standing in front of) just to fill up some empty space. I’m really happy with how this version of the lab turned out, from the computer stations to the light grey tiling, to the ample space it provides to set up minifigures.

A lot of what I covered in the lab portion applies to the briefing room as well. It’s much better than the original design, it has better tiling, and a near-perfect balance between furniture and open space. The standout part of the briefing room would have to be the team table. This large, white-tiled table can seat up to four Avengers with some exposed studs behind the chairs for members running late to stand on.

Atop the table is a trans-blue computer and keyboard, two white computers showing satellite feeds and mission statistics, a mug (that can be refilled with the water cooler in the corner), and three mission dossiers placed down at angles, instead of being straightened, to make it look like someone has tossed them down, giving the table a cluttered feel. These dossiers were made by using three 2×2 printed tiles (a newspaper, a Hydra logo, and the Omnidroid readout from the Disney’s CMF Series 1 Syndrome). The table incorporates so many elements and little easter eggs so it’s easily my favorite part of this room.

In front of the table is a smaller one with a holo-projector screen made by taking a trans-blue window pane and inserting it in the base of an antenna lever. The two tables are positioned in a way that resembles a college lecture hall, with a teacher up front and the class taking notes from the desks, but it also has similar elements to the meeting room depicted in Avengers: Endgame when the Avengers are planning the Time Heist, namely when Thor is talking about the reality stone.

The last build featured in the briefing room is a small analysis table for Loki’s scepter, which, you may recall, was originally a part of the lab. Now, this version of the table is one of the few things that didn’t turn out better than the original, but I’m glad we were able to incorporate it into the build as placing it in the lab would’ve lessened it’s much appreciated breathing room.

The final thing I want to address for the briefing room are the transparent and trans-blue wall pieces. Eagle-eyed LEGO Marvel fans might recognize the transparent walls pieces as the ones from Iron Man 3’s Malibu Mansion set from 2013. Aside from the Iron Man stickers that came with this set, those two wall pieces were a primary reason I took the Malibu Mansion apart for this build. The alert and warning signs really go well with the briefing room aesthetic. As for the trans-blue wall pieces, they serve as a barrier between the lab and the briefing room, it’s near-transparency providing a way for onlookers to look into either side. The color scheme just works perfectly, no matter which side you’re standing on. 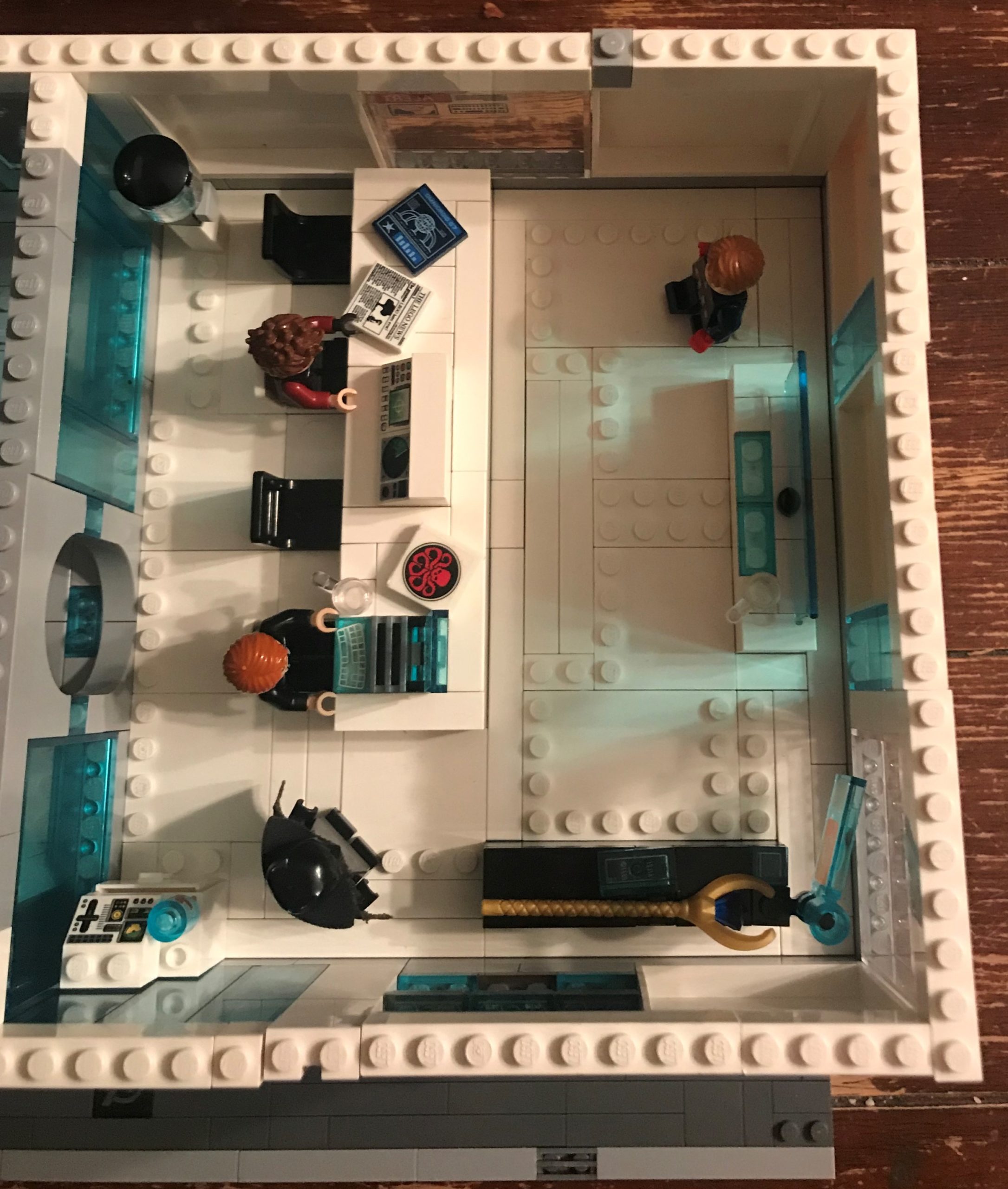