The year 1999 saw the inception of one of the LEGO company’s longest running and most popular themes: Star Wars. This theme has run for twenty-two years and has not only seen hundreds of sets released from all twelve theatrically released movies, The Clone Wars, Rebels, Resistance, and the Expanded Universe, but it has also had multiple TV specials and series, and five, coming on six, video games. There have been countless stand out models from this theme and, as this is my favorite theme LEGO has released (sorry Superheroes, you’re a close second), I’ve made it my job to compile a list of the best sets from each year. So, with that out of the way, let’s get into what I think is the best LEGO Star Wars set from the year 1999. 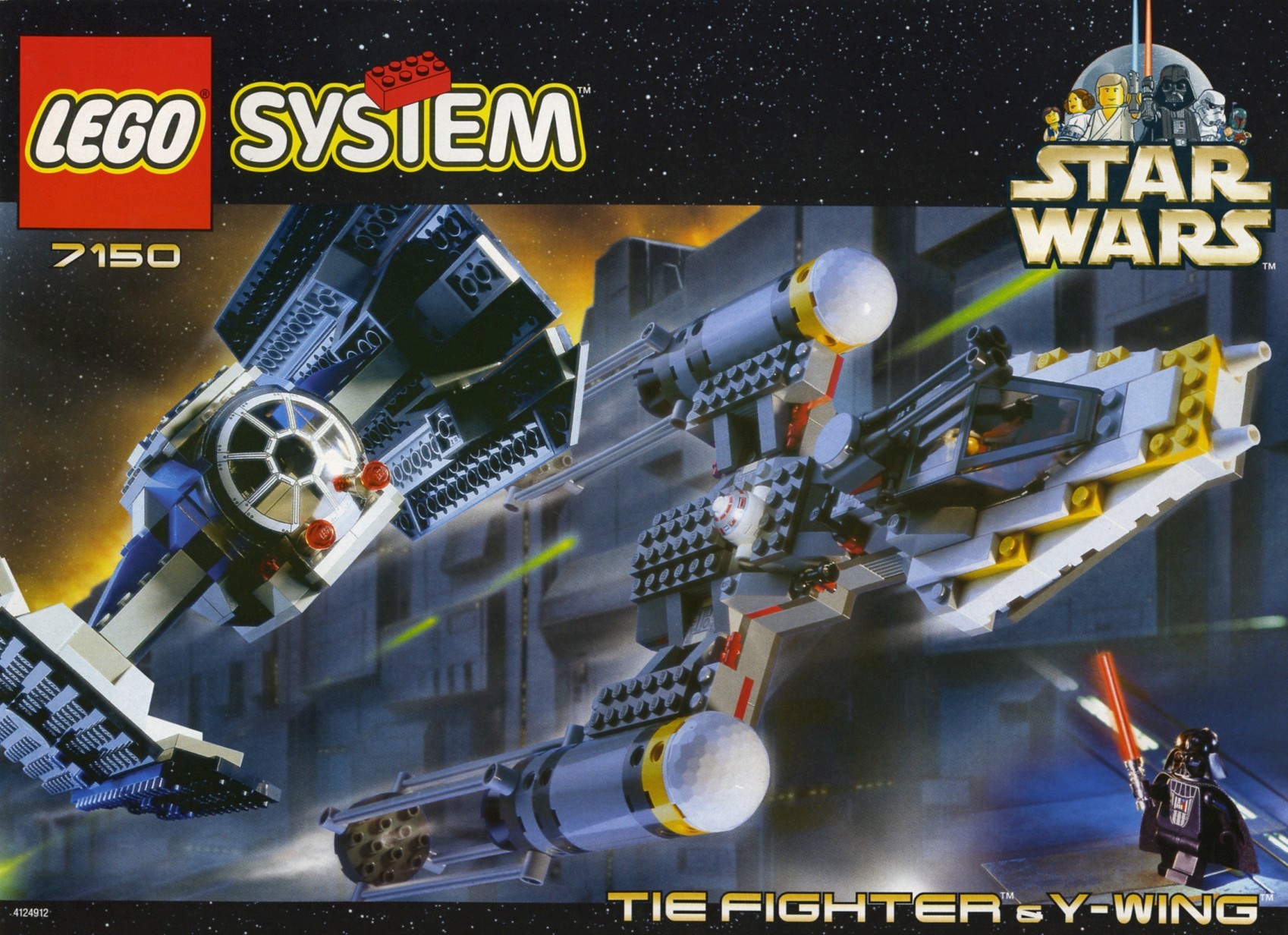 The LEGO TIE Fighter & Y-Wing model was the second largest Star Wars set of 1999, second only to Set 7171, Mos Espa Podrace. Despite being smaller than the Podracer set, I found Set 7150 to be a better set all around as it contained, in my opinion, a better minifigure selection, better ship designs, and did a fabulous job at capturing one of the most iconic scenes from A New Hope: The Trench Run. Let’s start off by taking a closer look at…

The first minifigure, credited by Brickset as R5-D4 but as R4-D5 by Brickipedia (I believe the latter is the more correct name), has a rather simplistic and fairly commonplace mold in Star Wars sets these days, but it was a new addition to the LEGO brick selection back in 1999, releasing alongside the more recognizable R2-D2. There’s not much to say about R5-D4: LEGO just took the mold for R2 and added a red color scheme to it. However, even with its simplicity, R5 adds a lot to this set and can fit inside a small compartment at the back of the Y-wing.

The next actual minifigure is the Rebel Y-wing Pilot (or Dutch Vander if you really want to get specific). Dutch shares the same orange pilot’s torso as Luke Skywalker and Biggs Darklighter (both of whom were also released in 1999 in the X-wing LEGO set) and he has the same helmet printing as Biggs, but his face is unique, much how like Luke, Biggs and Dak Ralter (another rebel pilot) all have differing faces. As this was released in 1999, the minifigure is a tad of the simple side, but it’s nice to see LEGO include pilots who didn’t get as much screen time as the aforementioned pilots.

Lastly, we have the coolest Star Wars minifigure released in 1999: Darth Vader. I personally love this minifigure. Right out of the gate, LEGO captured Vader’s memorable appearance, from his armor down to his cape. They even kept the same helmet mold for over a decade, until it was replaced in the late 2010s. This Vader minifigure is amazing and is a perfect inclusion for this set. Speaking of…

Back in 1999, you could get the TIE Advanced Fighter & Y-Wing set, which came with a total of 407 pieces (less than half of the piece count for the Mos Espa Podrace set) for $50 (which, for comparison, is roughly how much it costs to get a single TIE Fighter nowadays). The TIE Advanced hasn’t been released many times since it first came out and I actually really enjoy the original blue color scheme as opposed to the more accurate black and grey design. The blue variant is the kind they had in LEGO Star Wars: The Complete Saga, so I guess I’m a little nostalgic for it. Color scheme aside, Vader’s TIE Advanced looks fairly accurate to its on-screen counterpart and is the better of the two ships included in this model. 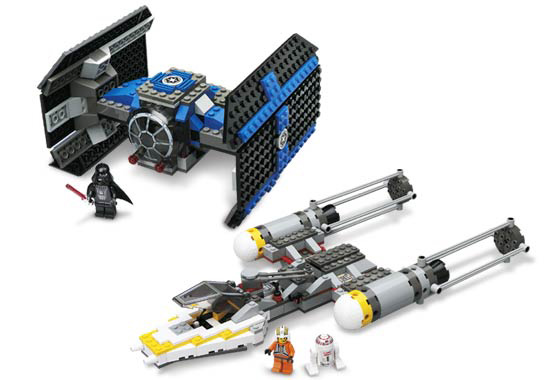 The Y-wing, on the other hand, is a little too clunky for my liking. It has a lot of exposed studs, especially on the back. However, much like the TIE Advanced, it looks just like the Y-wings seen in A New Hope. I think my favorite part of this particular ship would have to be the design of its twin engines as I really enjoy the negative space in the middle of them. The small swivel turret above the cockpit is also a cool attention to detail.

Overall, both builds are pretty accurate and have fun color schemes. My favorite part about the model as a whole is how there is space for all three minifigures in both ships. Darth Vader and Dutch Vander can fit in the cockpits of both fighters and as mentioned above, R5 can fit right in the little compartment. It’s nice that they didn’t leave any of the minifigures out.

Even though this set was released in 1999, both ship models look like they did on the movie screen and while they may not have as much detail or as many play features or minifigures as the variants released now, they both hold up to this day as excellent LEGO models with almost as much playability as a set released in 2021. It’d be nice to see another duo set like this released in the coming years that isn’t from the Microfighter line. The most recent one is Vader’s TIE Advanced vs. A-Wing Starfighter from 2016.

It is also worth noting that this set had not one, but two re-releases: one in 2002 and the other in 2004. Both of these re-releases had the same number of pieces, the same minifigures included, and were released for the same retail price. Because of these similarities, both model re-releases will not be included for consideration for their respective years.

Stay tuned for the next article where I’ll start the 21st century and reveal the best LEGO Star Wars set of the year 2000.

A Ranking of LEGO Mandalorian Minifigures from Worst to Best