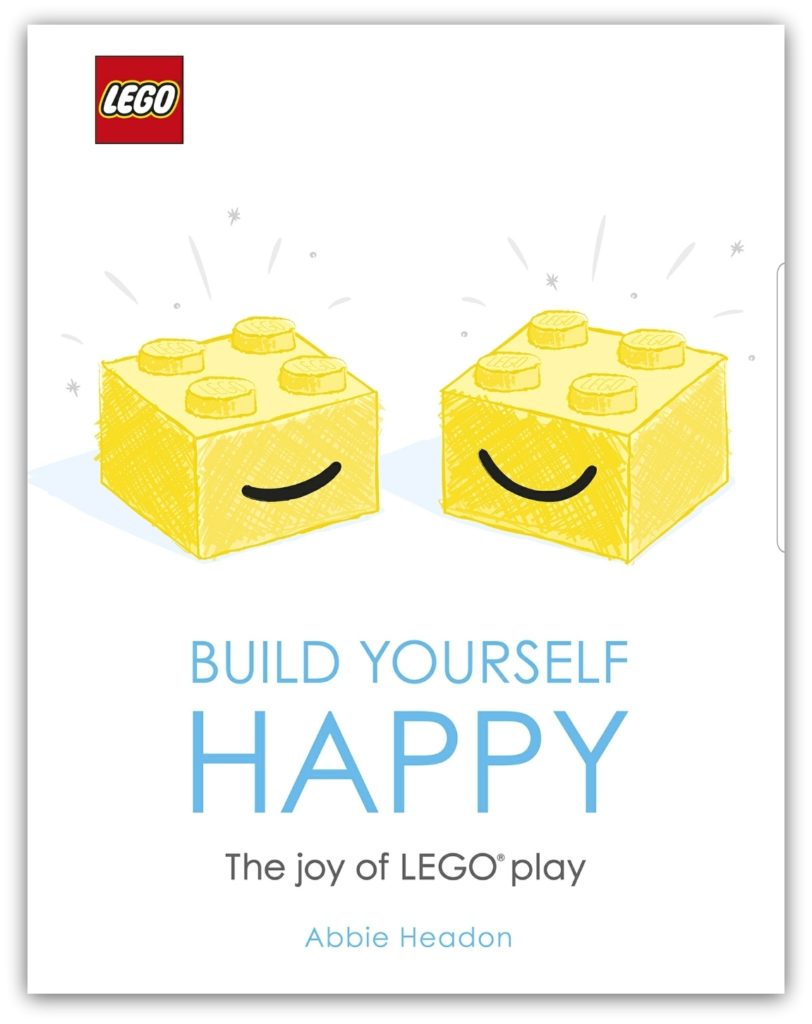 If you’ve bought a book on LEGO, there’s a good chance that it’s been published by Dorling Kindersley (DK) who seem to have cornered the market on friendly, engaging books on LEGO (and other subjects). And if you’re looking for a Christmas present (yes, it’s that time again!) then a DK book on LEGO isn’t a bad choice, especially if they have a collectible minifigure in the cover.

I’ve had more than a passing interest in mindfulness and the pursuit of happiness for over ten years now; I’ve seen the simple pleasure that comes from “not being a grown-up” (even just for a few moments) and just playing with those plastic bricks. The commercial world of mindfulness and happiness is now very big business (it’s worth well over $1 billion in the United States) and forms a new part to the “wellness economy”; this includes smartphone apps, holistic practices, diet, exercise, mental and occupational health. And, to put all that into perspective, the Global Wellness Institute suggested that this wellness market was worth $4.2 trillion in 2017.

LEGO has been increasingly used as a tool for mental therapy; for example it has been used to assist with dementia patients; each person takes a role as “designer”, “supplier” or “builder” and either describes the step, finds the part or builds the stage. Consequently, it isn’t really a surprise that there is the potential for using LEGO as a tool to help find mindfulness and happiness. 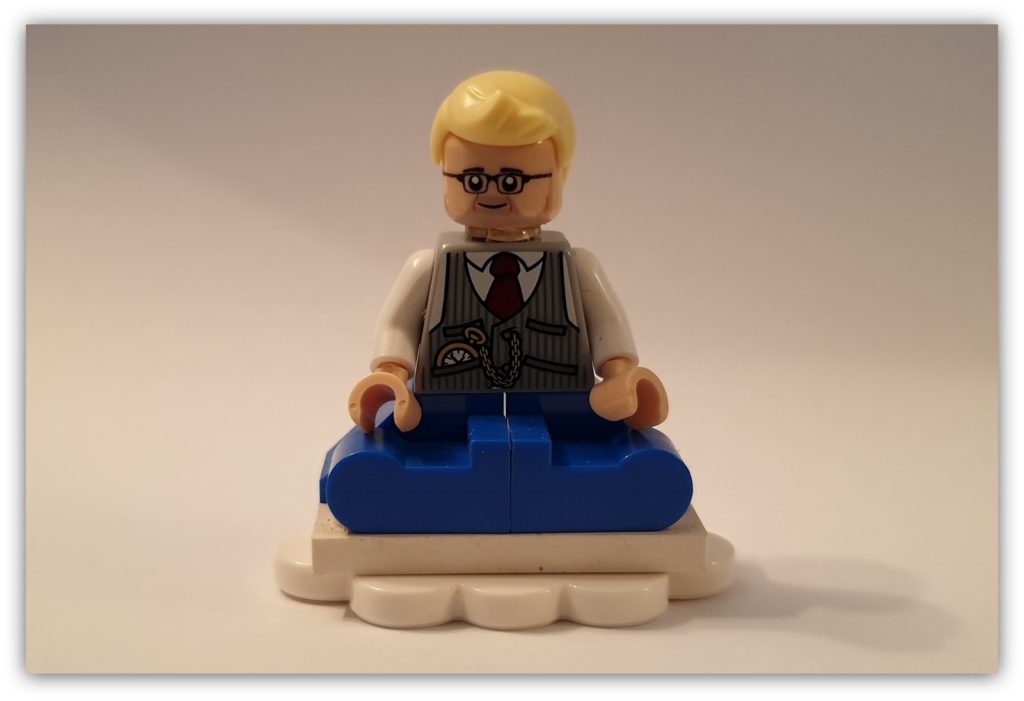 Build Yourself Happy: The Joy of LEGO Play is written in a very friendly style, which is in keeping with the DK house style. It is written for someone who hasn’t considered LEGO as a source for finding a meditative happiness. The cover (and throughout the book) there are pencil illustrations by Jenny Edwards. All the illustrations are in a blue pencil-like format.

Each section is short and approachable, offering the reader the opportunity to dip in, which is perfect for the commute home before unwinding and putting the section into practice.

If you have a collection of LEGO bricks at home, then this is going to be great for you. However, if you don’t (or if you only have one or two small pocket money sets) you may have a problem unless you go shopping first; surprisingly there is no reference in the book to the Pick-a-brick section at the LEGO shop, or the Creator sets which have a random collection of bricks. These two sources for parts are perfect for this book and because they aren’t part of a particular set, they are more likely to remain in an unbuilt form; something which is key to this book.

There are eight main sections in Build Yourself Happy, each covering an aspect of happiness and mindfulness. Additionally, each section has a simple challenge to reinforce whatever section it may be dealing with; for example, building a rainbow out of the available bricks, but not worrying about the colour palette (so that’s an arch then).

This is one of the frustrations to this book. I do like the illustrations but would also like to have seen some actual LEGO being used in the story to show an outcome. In the section on “Green fingers (and Multicoloured bricks)” we are told about the relaxing nature of looking at images of nature. It then goes on to suggest that we create a little garden using pieces that are “in garden colours”. It then adds that if you don’t want to use greens and browns you could use any colour you like; suggesting purple as an alternate colour. It does go on to suggest using LEGO trees and plants on a baseplate to make a garden. The illustration for this section is two very blocky flower parts.

I realise that not everyone has a drawer full of trees and plants, so creating a garden using these parts may be a challenge. But a base plate of blocks (unless used as a mosaic) isn’t a relaxing image, no matter how you relax into it.

As you’ve probably guessed from the overall tone of this article, Build Yourself Happy doesn’t have the “wow” factor for me. Whilst it does tick all the right boxes for creating a happiness practice, it is very much an introductory book to the practice.

One approach that I’m very much a fan of goes by the acronym EDICT. It stands for Explain, Direct, Imitate, Correct, Test. LEGO sets follow this approach (or at least the EDIC element). The instruction manual explains visually what’s going to happen on each step and how the overall set is going to come together; those instructions can then be followed (imitated) by the builder; hopefully the need to correct (replace bricks and plates) won’t be needed! This book will explain, but the directions to imitate aren’t exact enough; I would have liked to have seen a more visual direction to the exercise.

I would also suggest that Build Yourself Happy misses possibly the most mindfulness element of all; that of building a LEGO set! For a true mindfulness practice, focusing on each step of the build is a perfect exercise. For each step, use the parts guide to make sure that each and every part is pulled from the master pile and then focus on the build (and not what’s on the TV, or in the oven for dinner). The focus on the task and the result is a very calming and engaging process. 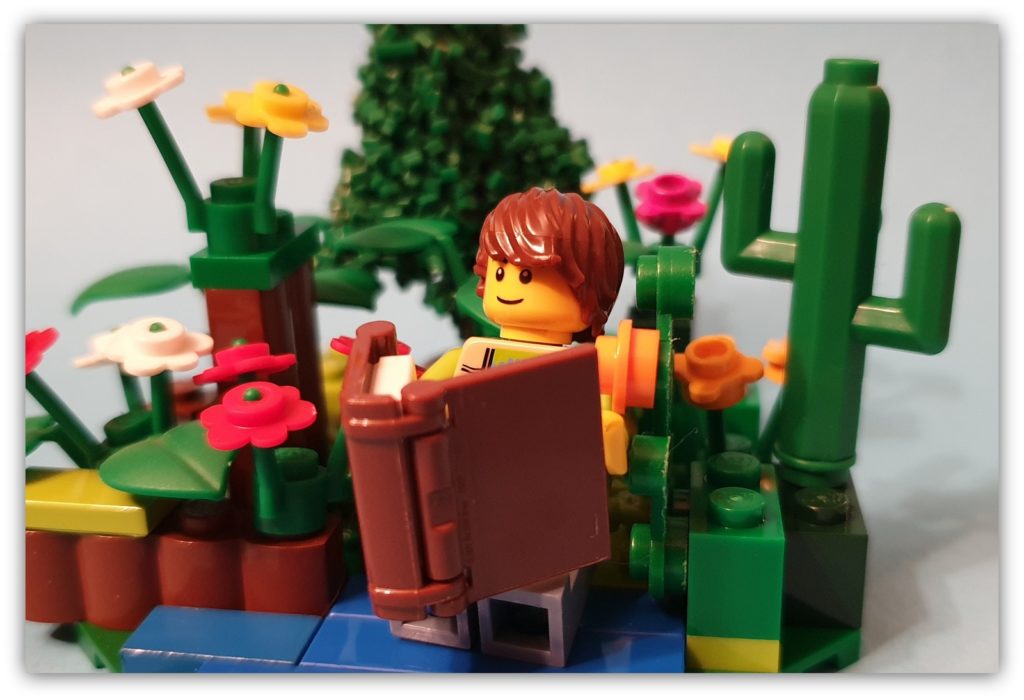 As a publisher, DK books is great at producing introductory books – whether that is to educate or entertain. However, once you have reasonable grounding in the subject matter, then these books are less helpful; there are always elements where you might think “yes, but…” As I noted earlier, I have been interested in this subject for quite a while; my experience with many mindfulness / meditation books and apps is that it is often not whether they are “good” or “bad” but how you personally get on with them. For me, there were a few sections in Build Yourself Happy where I thought the subject matter could have been more comprehensive.

As we are getting close to Christmas, I had a thought about other “mindfulness” opportunities that LEGO produce and can produce joy (but of course which aren’t sold as such). Firstly, are the Creator boxes. Available in many sizes, this is an “open play” opportunity for both children and adults. That some companies now have bowls of LEGO in their conference and meeting rooms shows that this isn’t something that is just for children.

A second, and perhaps surprising, opportunity is the advent calendars. As well as being a treasure trove of small parts (and minifigures), the way that the advent calendar is laid out can enable a happiness distraction, especially if you are a little creative. For the last few years, I have written a story using the following “rules”:

The third mindfulness opportunity is the minifigure itself. Available in so many forms, it is the absolute perfection in transportable “fidget toy”; earlier this year I decided to give some of my minifigures to my work colleagues; even now I see many of the figures on work desks, having been played with recently!