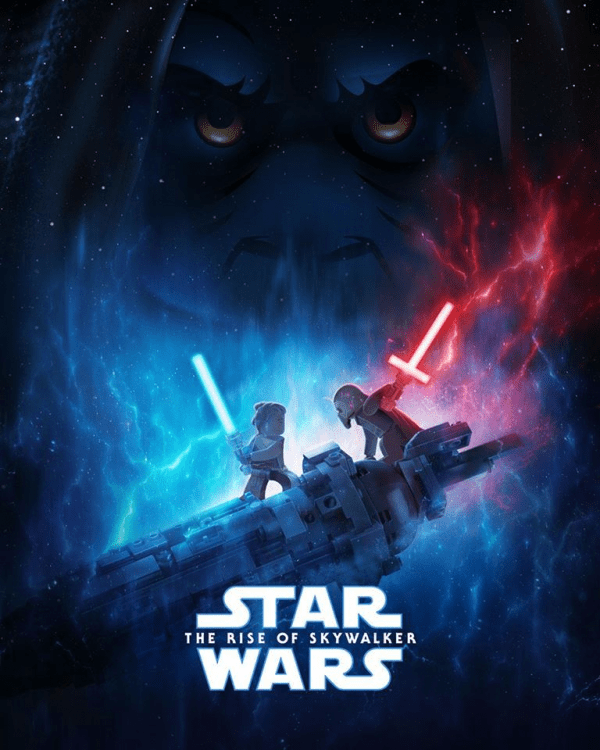 Whether you loved or hated it, it’s safe to say that the latest entry in the Star Wars series of fans has the franchise at a heightened state. With the final instalment in the Skywalker saga we have seen a plethora of merchandise from different long-term partners of the Star Wars brand – including from LEGO themselves. I thought we would take the time to breakdown the sets from the newest installment in the Star Wars saga ourselves – breaking down some of the best parts of the new sets.

Now, before we go into this, it’s important to note that I haven’t seen the film yet – so these are purely going to be the thoughts of a LEGO Sci-Fi fan. With that said, let’s look at the LEGO sets currently available from The Rise of Skywalker. 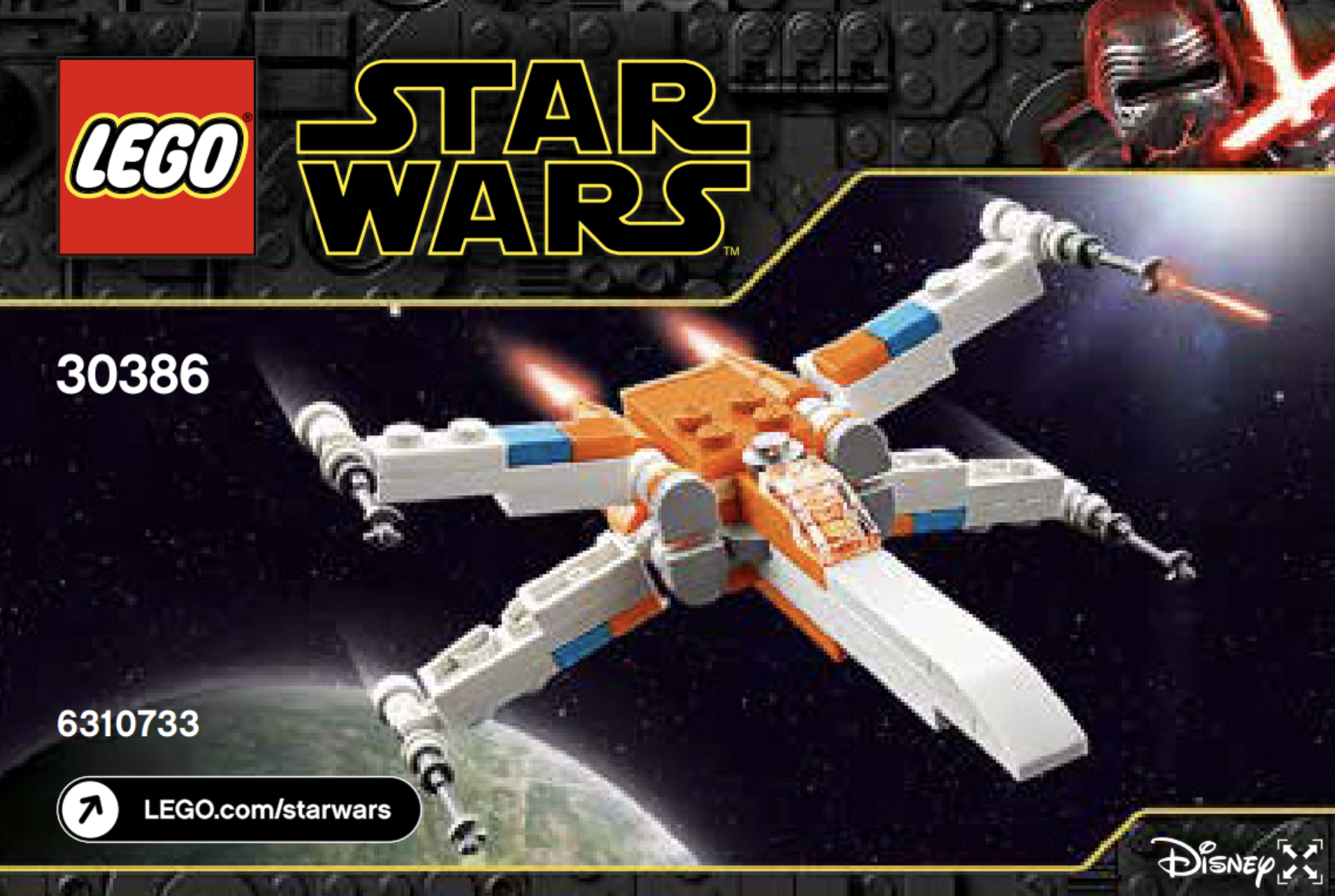 Up first we have the current polybag available for the Rise of Skywalker – Poe Dameron’s X-Wing. There isn’t much to be said about the polybag. The part usage is smart here, and it captures the shapes and dimensions of the X-Wing nicely. The colour scheme is also authentic here, and overall this feels like a nice miniature interpretation of an X-Wing which I’m sure will be a nice appetiser piece for LEGO Star Wars fans. 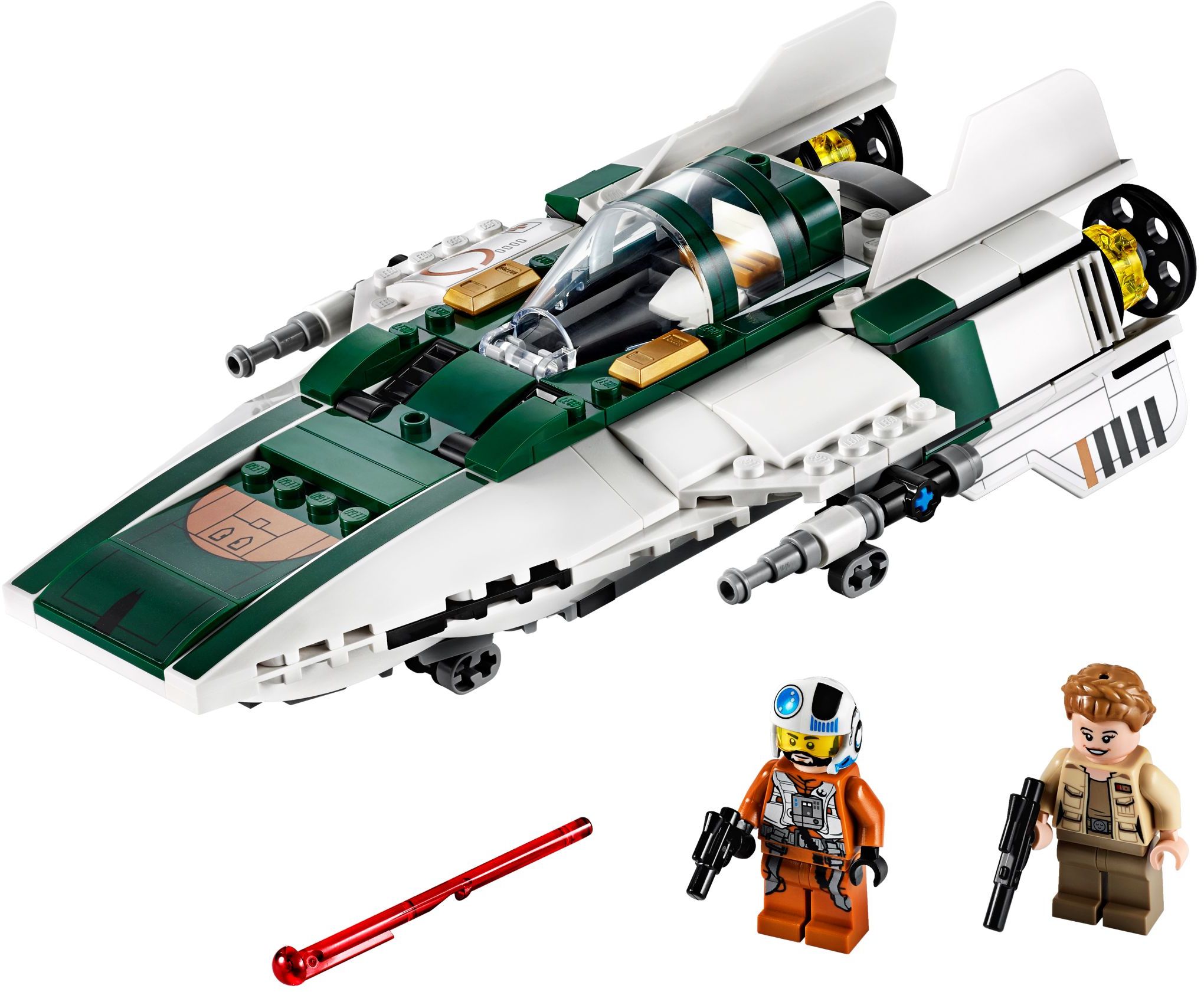 Up next, we have a set which retails for £24.99 – the Resistance A-Wing Starfighter. As far as smaller LEGO Star Wars sets go, this is a nice rendition of the A-Wing. Whilst the resistance version doesn’t feel too distinctive to other LEGO Star Wars versions of the A-Wing which we have seen in the past, it does have some nice details across the vehicle which make it feel incredibly authentic. There are some nice greebling details throughout the body of the A-Wing, and the stickers here help to capture the overall design of the vessel from the film too. The inclusion of Lieutenant Connix is also a nice addition to the set – paying homage to Carrie Fisher’s daughter in a final tribute which feels like a fitting nod to the late actress.

Overall, this is a nice smaller-set, and one which I could see being quite amassable for Resistance fleets if it was to go on sale for £20 or below.

Following on from the great A-Wing set, we now have the Y-Wing set – another traditional vehicle from the Star Wars trilogy which now gets a slight Resistance twist to enable us to re-imagine and revisit the vehicle. Whilst the design here is not a million miles from the other Y-Wings which we have seen in the past, it feels nice and complete enough – with some great details which help to add extra layers of depth to the build. The play features also appear to be functional enough – with some wonderfully functional elements which seem to work in tandem with the overall build. Combine this with a handful of minifigures which this set comes with – including a brand-new version of Poe Dameron – and you have a cool vehicle which is a great nod to the classic films whilst moving forwards towards the future.

For £59.99 this set may be a little bit expensive for some fans, but if you are a fan of the Y-Wing bomber and have never been able to get your hands on it before, then this is a nice opportunity to pick up a great set with some fun minifigures and great play features. 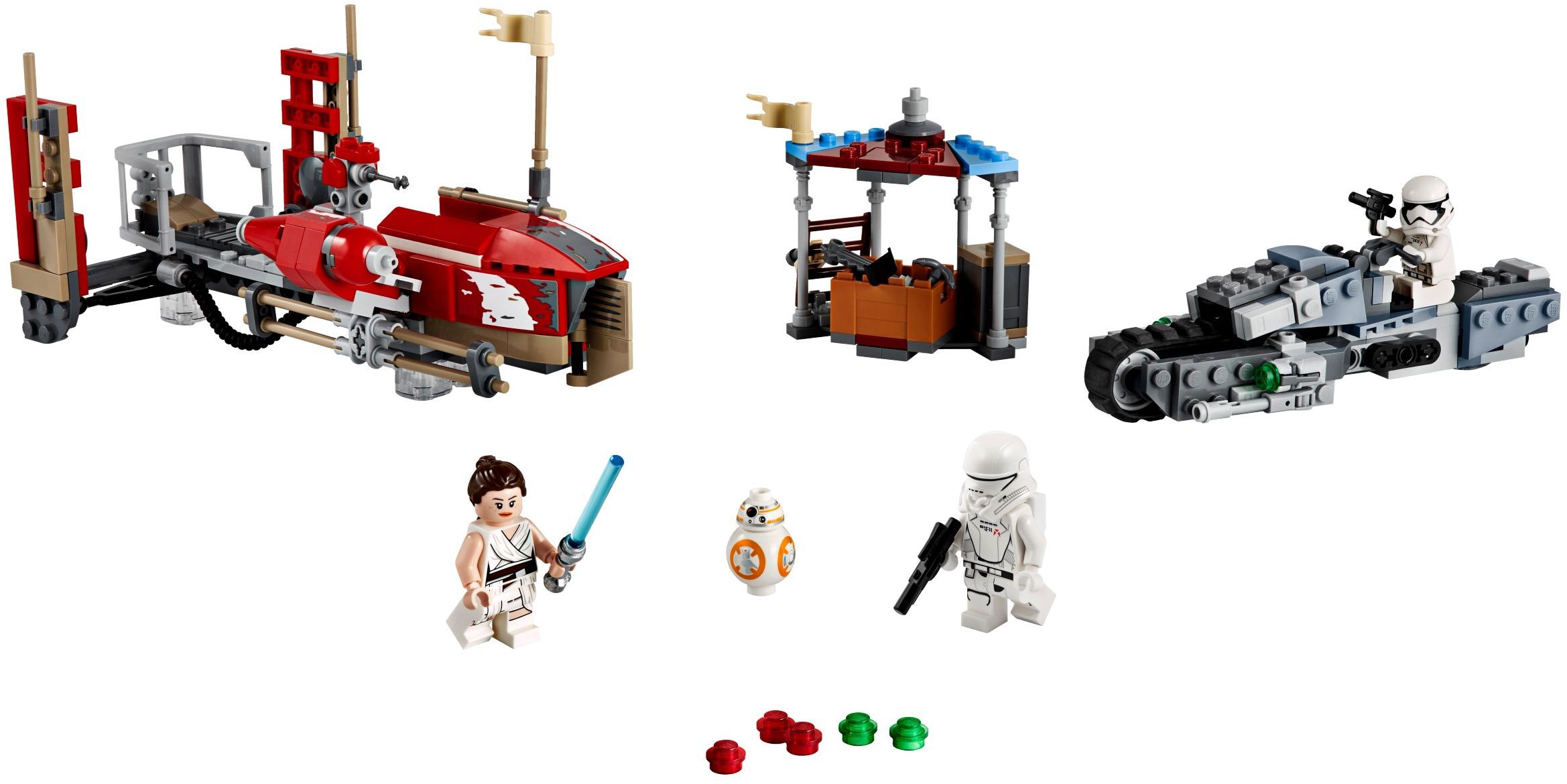 Pasaana Speeder Chase weighs in at £44.99 and is one of the sets which I am less of a fan off for a variety of reasons. Whilst I have yet to see this sequence within the film, the Treadspeeder feels like a vehicle which doesn’t really fit within the Star Wars universe – at least to me! We see the Imperial and Republic armies with an assortment of walkers and speeder bikes – so I don’t see why this vehicle would exist when there are many speeders which could fill its role with enhanced functionality. That said, the other build in the set, which is a Speeder, looks quite nicely detailed – with some great pieces used throughout the build to really create a unique design. Whilst it certainly feels like a homage to a Jabba Skiff, it is distinctive enough to stand out.

The minifigures here are nice too – with the brand-new version of Rey, and the addition of the new First Order Jet Trooper adding enough value to the set to make it stand on its own two feet as a cool addition to the line. 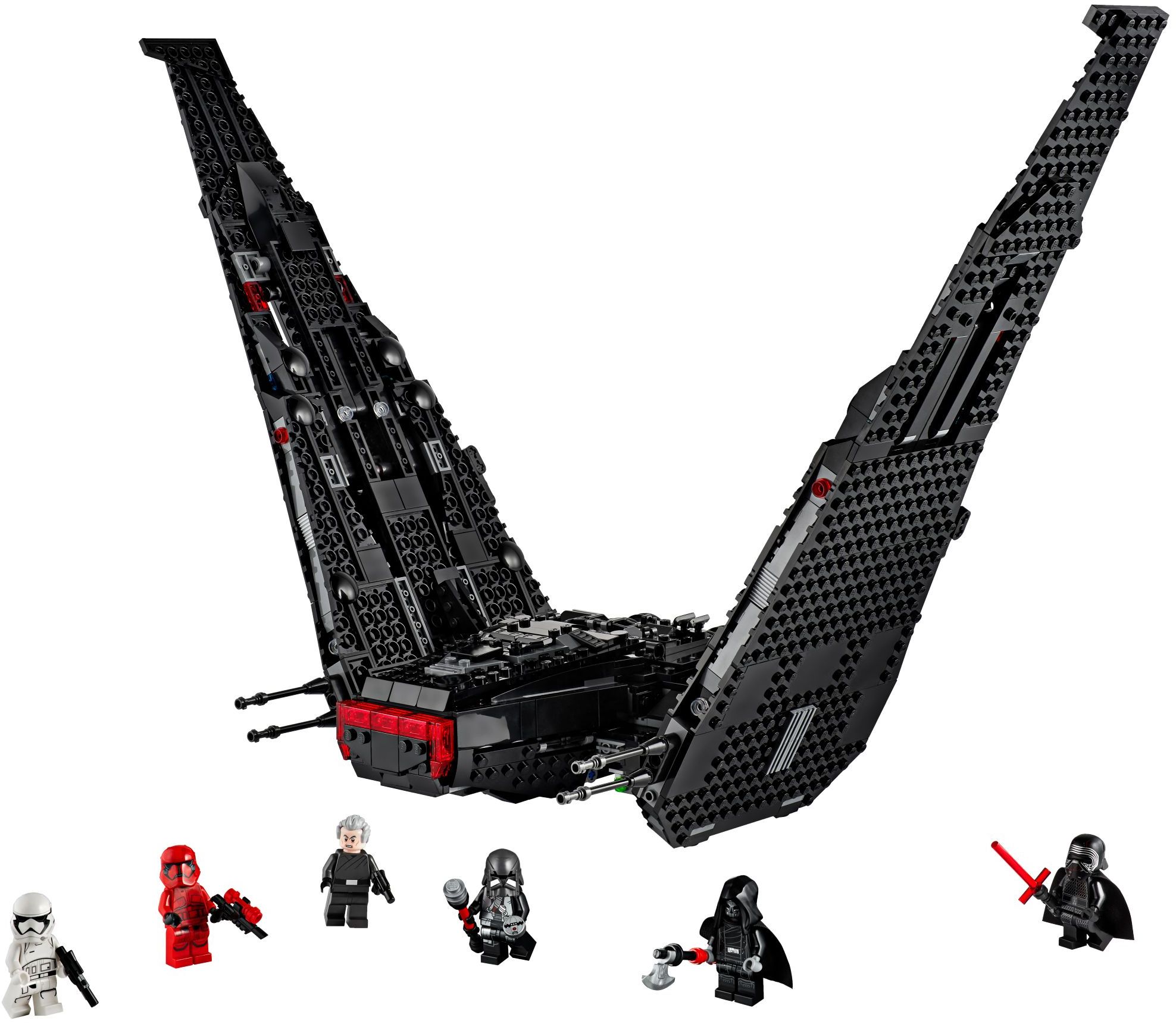 Next up we have one of the larger sets – coming in at a massive £99.99. The set, Kylo Ren’s Shuttle, re-treads the grounds of a similar set which was released around the time The Force Awakens debuted within cinemas. This set is much stronger, however, as the colour scheme is much more accurate to how the vessel appears within the Star Wars universe – creating a more authentic representation of the vehicle from the trilogy. Combine this with the fantastic Knight of Ren figures which come within this set, and the awesome new Sith Trooper, and you have a decent enough set – although it could have been something more interesting and new for the price point.

Do you prefer this version, or the original set? Let us know in the comments! 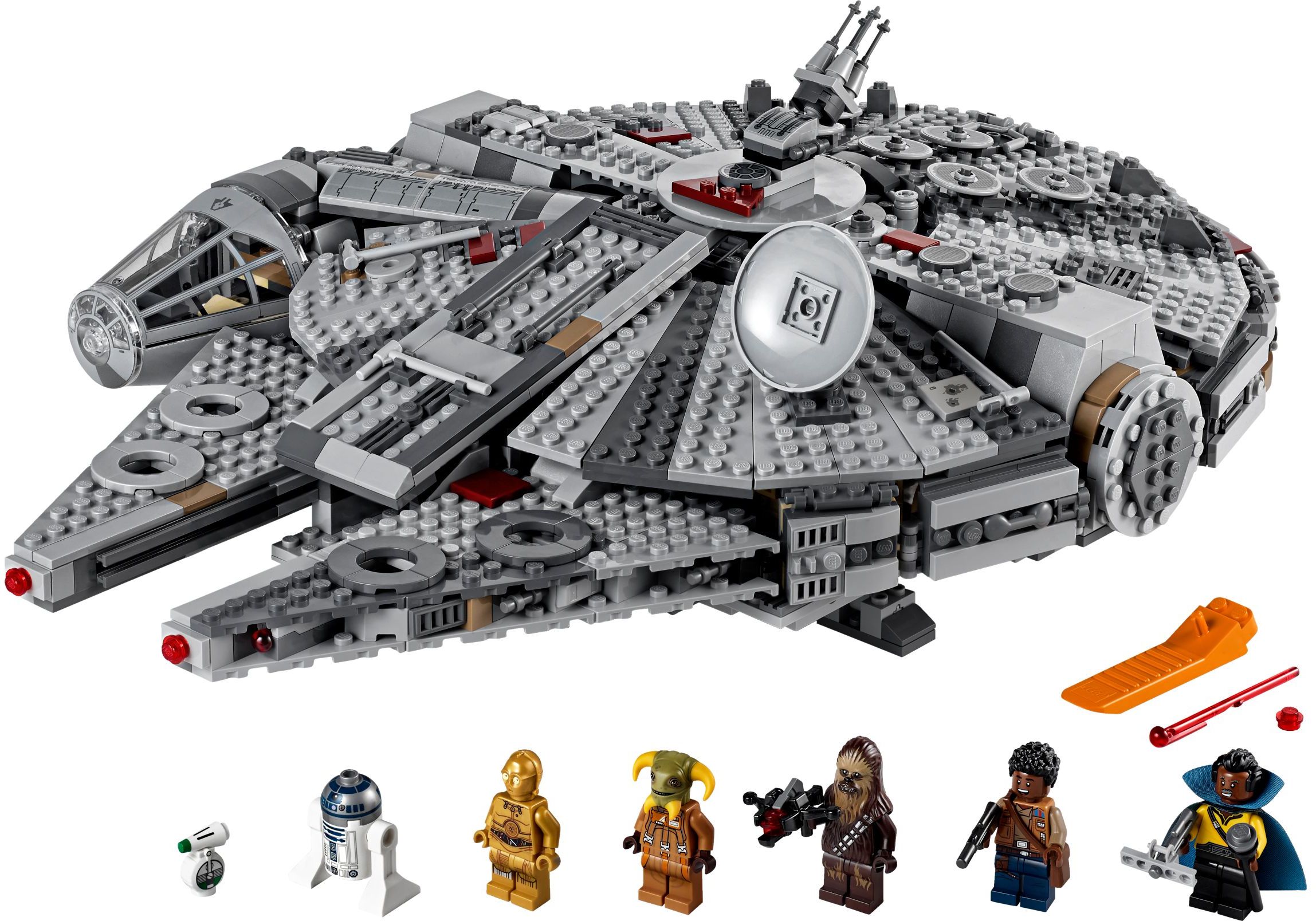 Weighing in at the massive £150 price point is as one of the largest LEGO Rise of Skywalker Sets is the latest rendition of the Millennium Falcon – providing you with the best option to get this beautiful vehicle if you cannot afford the massive UCS version which released recently. This set has a mass of in-depth details, adding some fantastic greebling which really helps to make the model in question here feel authentic to the design of the ship within the game. The new design for the closing panels on the Falcon also mean that the top of the ship feels much more complete and less exposed – something which many fans have wanted to see for years.

Combine this with brand new figures like Lando and the new version of Finn and you have a fantastic high-price point rendition of the Falcon as it appears in the latest film.

As far as battle packs go, this is a strong entry – and one which I am very tempted to pick up! 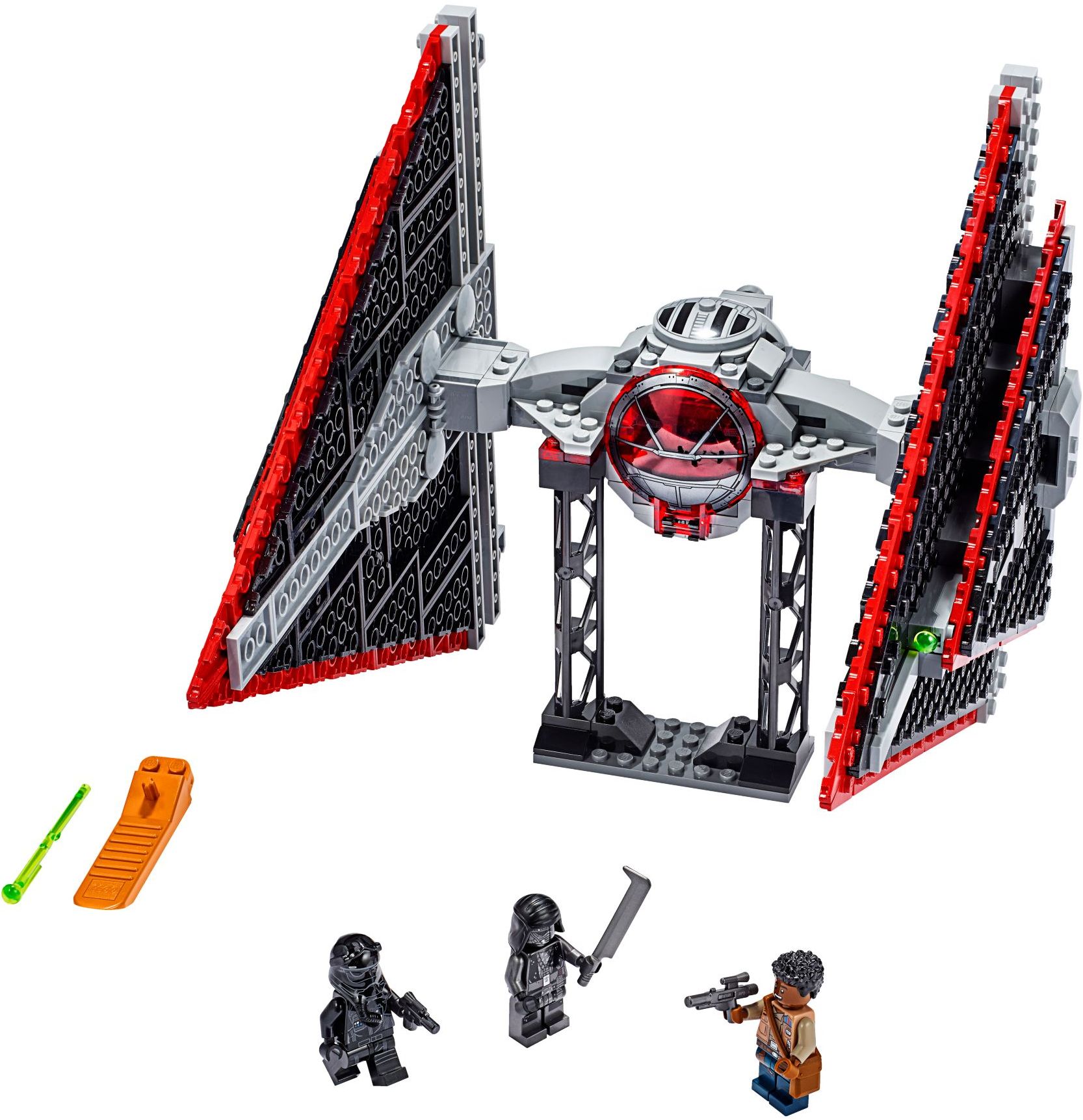 The next set retails for £64.99 and is the Sith Tie Fighter. I’m going to start off by saying I feel as though this set is incredibly overpriced – especially because we only get three minifigures within the set. With that said, I like how the design here feels reminiscent of the Tie Interceptor, and the crimson highlights on the vehicle here help to give it its own flair and colour. It’s also nice getting another unique rendition of the Knights of Ren – and seeing Finn in another set is nice. But, all that does not make up for the high price point – so this is one which I would only pickup on sale.

Last, but certainly not least for the LEGO Rise of Skywalker Sets, we have the latest X-Wing to join the LEGO Star Wars family – Poe Dameron’s X-Wing Fighter. Now sporting an orange and white colour scheme instead of Orange and Black, this is a nice-looking build with a tried and tested design, and some fantastic highlights and details throughout. I love how functional the features are, and including a ladder for the figure to access the cockpit is a nice additional touch. This set is, however, £89.99 – again, hitting that overpriced bracket slightly I feel, and making it less appealing than other sets in the line.

What do you think of the LEGO Rise of Skywalker sets? Do you have a favourite? Let us know in the comments below!

Also make sure to check out my other blog posts here.

The Art of the Brick by Nathan Sawaya