The title is a bit over the top, and I shouldn’t get worked up on this that much, but I need to call LEGO Marvel out. From my past few articles, you’d assume that I am a LEGO Marvel fan. Well, I am. Ever since 2015. However, recently, especially in the past two years, I’ve seen a decline in the quality of this theme, and I’d like to express my opinion on it. But before I do so, I’d like to add a few disclaimers. I am not a fake fan, nor do I want to see this theme fall. I’ve invested a large amount of money and time (since 2015) into these sets, and I believe that I have developed an informed opinion. Which is the second point. This is MY OWN opinion. I speak from my own perspective and therefore do not represent other AFOLs, TFOLs, and children.

Finally, I’d like to state that I do not mean to offend any of the LEGO Marvel team, especially the designers. I have the utmost respect for them. My building skills cannot compare to their worst day. I also know that they are constrained by budgets, criteria, etc. What they do is extraordinary, and I do not wish at all to send hate their way. Saying that, I still want to fairly critique this theme, and I will be as honest as possible. Fair warning, I will get a bit worked up. So, without wasting any more time, here is my problem with LEGO Marvel.

I’d like to start with the least controversial, yet the biggest issue that so many other LEGO Marvel fans have with this theme. It is leg printing. Some of the times, it is done phenomenally, such as with the Iron Man minifigures. But the majority of the time, it isn’t. Out of my entire Marvel minifigure collection, one-third of it only has leg printing.

Let’s take the Outrider for example: 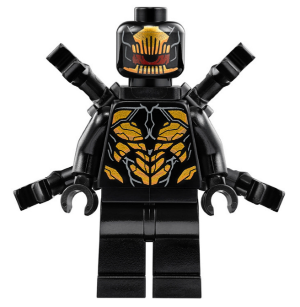 The above image is the Outrider minifigure. It is an army-building troop, appearing in both, the Avengers: Infinity War and Avengers: End Game line of sets. It has quite an accurate head, torso and back printing, with a great use of the neck attachment piece, to connect the extra arms. It’s a near-perfect army builder, except for the fact that it does not have leg printing. The following concept-art from Avengers: Infinity War, displays different views of this character. As you can see, there is clearly golden detail on its legs. It would’ve cost LEGO only a few extra cents per set to print this detail onto the minifigure’s legs. Just that one, small change makes a difference. Especially as an army builder, we should be receiving high-quality troops if LEGO wants to save costs by reproducing these figures into most sets from the wave.

See, if LEGO just goes that extra mile to include leg printing, I believe that my complaining regarding this theme would decrease significantly. Please LEGO, give more of our Marvel minifigures leg printing.

I think this issue is something that affects collectors, rather than children. It is face prints. One of the largest controversies surrounding this subject occurred in 2016, with the debut of the Captain America: Civil War wave. In both the Black Panther Pursuit (76047) and the Super Hero Airport Battle (76051), the Winter Soldier used Star Lord’s face print, from the Guardians of the Galaxy wave, who is another Marvel character, as shown below: 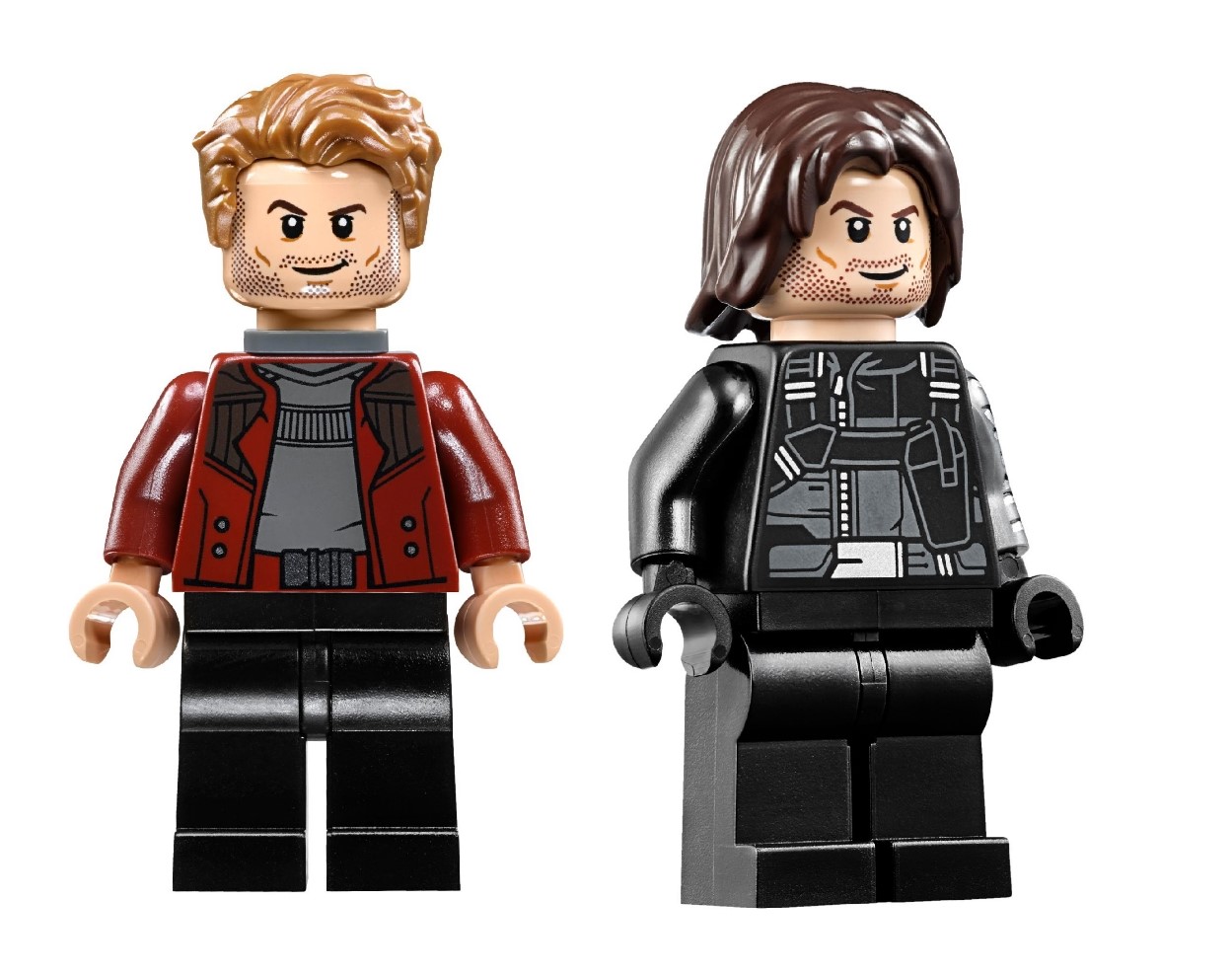 I’m no detective, but Sebastian Stan, who plays the Winter Soldier, and Chris Pratt, who plays Star Lord, look nothing alike. That’s not even taking into consideration that Chris Pratt is blonde, while Sebastian Stan is brown-haired. So we got a few good memes from the LEGO community: 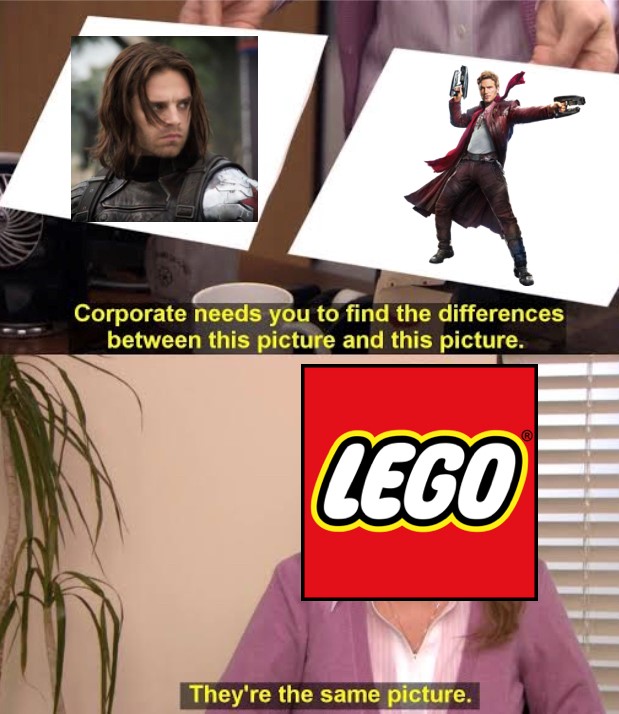 However, LEGO dared to go one step further. Not only did they reuse a face print from characters in the same theme, but they also used Captain America’s face from the Black Panther Pursuit (76047) and plopped it into the Tanker Truck Takedown (76067) – two sets that were in the exact same wave, in the exact same movie. 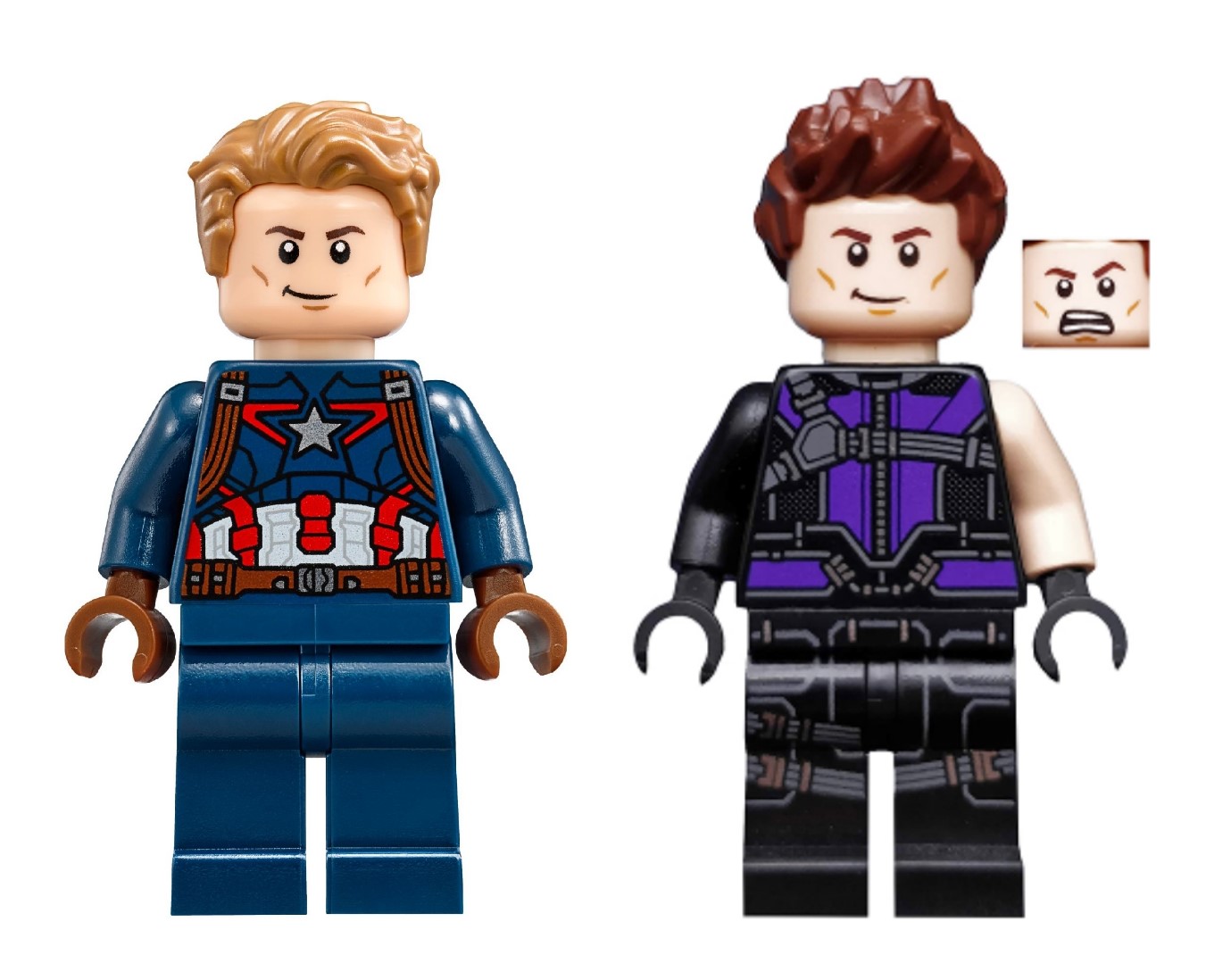 You cannot tell me that that isn’t lazy. How does Jeremy Renner, the actor of Hawkeye, look anything like Chris Evans, who plays Captain America? Anyways, it’s meme time! 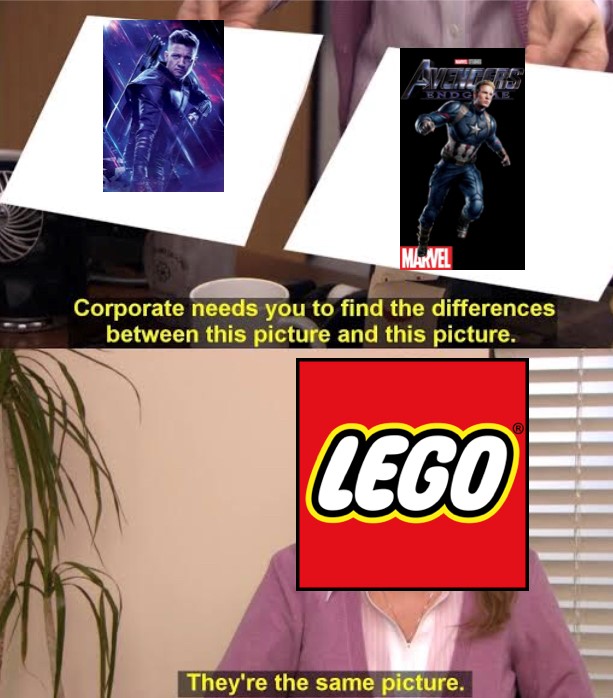 One of the newer instances of this face print re-use is Ant-Man’s from the War Machine Buster (76124) and Spider-Man’s from the Hydro-Man Attack (76129). 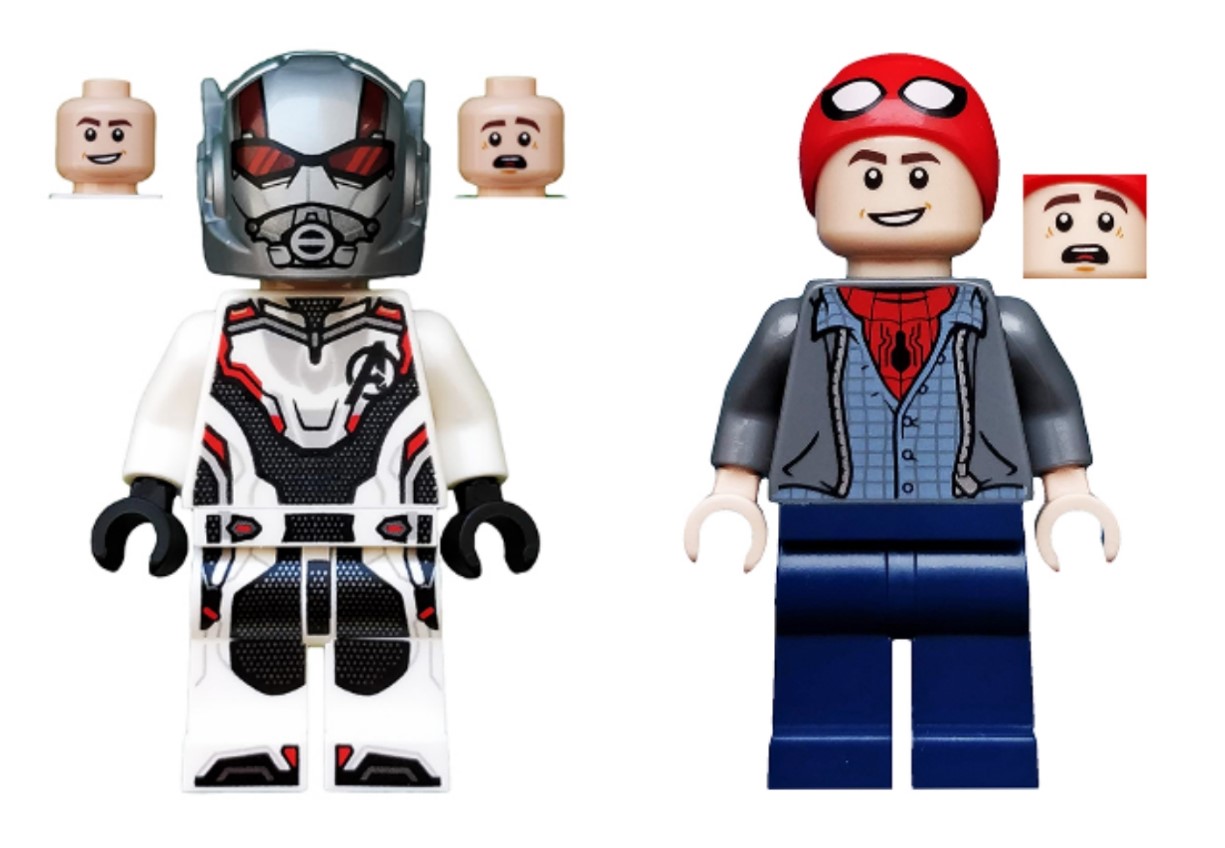 So basically, LEGO is telling us that a 51-year-old, Paul Rudd, looks like a 24-year-old, Tom Holland. This is just plain lazy. In addition, Paul Rudd isn’t even clean-shaven, therefore he needs a face print with stubble. Final meme time! 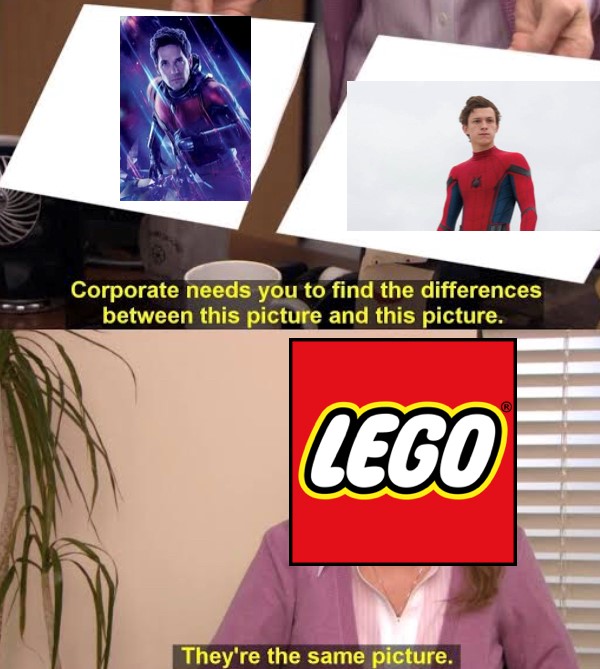 I’ll also address the newer Black Widow and Captain Marvel minifigures use the same Jyn Erso face print, but it doesn’t bother me as much.

LEGO’s motto is that “only the best is good enough”. And we see that, as LEGO dedicates so much more of its effort and care into themes such as Overwatch and Harry Potter, delivering unspeakably top-notch products, with them going over and above with printing. That’s something LEGO Marvel is not receiving. What do I mean by this? Themes such as Monkie Kid gives us so many dual moulded minifigures with printing all around the arms and legs. We have only received this type of luxury treatment with LEGO Marvel a handful of times. For example, for all our Winter Soldier figures, we got sidearm printing. Same with the Silver Centurion, and a few other exclusives. But LEGO needs to go above and beyond in my opinion – especially when we can see other themes receive outstanding treatment.

These reprints get the job done. But it isn’t the best thing they can produce. As you can see below, a fan artist has captured the Quantum Realm suit perfectly. So How could LEGO have improved their minifigures? Seeing as they are saving money by not creating unique suits for each Avenger, it would have only been right to give the Quantum Realm suits, sidearm printing, and side leg printing. If LEGO just goes that extra mile, like with other themes, it would mean so much to us, the fans of this theme.

I don’t want to spend too much time on this, but it needs to be addressed. When something requires a new mould, we need to receive a new mould. One clear example of this is when LEGO messed up big time when creating the Avengers: Infinity War sets. In the concept art, and in the movie, Thanos was supposed to have minimal armour. However, LEGO reused the 2016 Avenjet Space Mission (76049) Thanos mould, reprinted it, and called it a day.

Clearly, LEGO didn’t care enough to do justice to one of the greatest villains of all time. A new mould for Thanos was necessary. Instead, we got this: 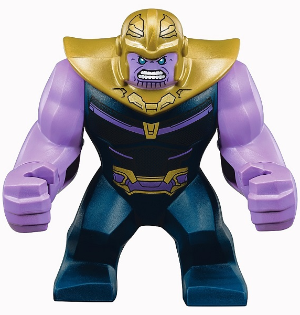 Perhaps, the laziest re-use of a mould was back in 2018, in the Quantum Realm Explorers (76109). The Wasp minifigure was done dirty. Not only did she have a lack of leg printing, but she also got a re-use of the Invincible Iron Man piece. LEGO used the most inaccurate mould to illustrate the Wasp’s helmet.

LEGO! Just make new moulds! The research and development will cost you a bit more, but in the long run, it could drive many more to buy the sets, just for the well-done minifigure! I, myself didn’t buy this set because the minifigures, especially the Wasp, were done so badly. So, please. Create new moulds! 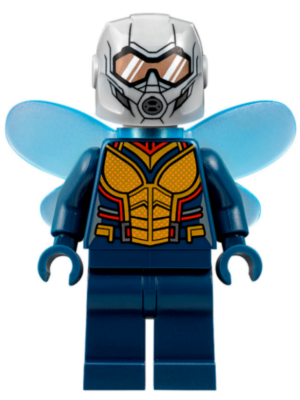 Here, we’re going to have a bit of a division between the opinions of children, and the opinions of collectors. But, as a fan of LEGO Marvel, I must express my opinion. LEGO Marvel releases way too many bikes, cars, trucks, jets, and mechs in their sets. This isn’t Fast and Furious. This is Marvel, a brand about superheroes fighting villains in buildings and different sites. We need more play-sets! Yes, kids may enjoy receiving their third over-sized bike. But not me! I want more play-sets which I can display!

You may tell me, LEGO is a toy. It’s meant for kids! And here’s my response: So is Harry Potter, and Overwatch! But there, we get builds that both adults and children alike can enjoy. All I want is this treatment for LEGO Marvel. We need more sets like the Rhino and Sandman Super Villain Team-up (76037). We need more of these fun, wacky, playable, AND displayable sets, that everyone can enjoy. I have yet to buy a LEGO Marvel set this year, because so far, we have received the same bike, truck and mech builds as we always do. Shake it up! Give us something that we all want!

Finally, we need new Marvel characters in minifigure form. I’m sorry, I don’t get too excited after we hear that we’re getting a new Captain America or Iron Man. Yeah, they’re great characters, and LEGO usually does a great job with these minifigures, but we need something more.

Back in 2016, we got so many new characters in sets, which was a reason it was the peak of this theme. Such characters included our first Thanos, Captain Marvel, Hyperion, Crossbones, Black Panther, Agent 13, Ghost Rider, Hobgoblin, White Tiger, Captain Stacy, Vulture, Spider-Woman, Scarlet Spider, Kraven the Hunter, Scorpion, Doctor Strange, the Ancient One and Karl Mordo.

This year (2020) we have only received our first A.I.M Agent, Spider-Girl, Spiderman-Noir, Spider-Ham, Venomised Iron Man, and Yelena Belova. That’s nothing compared to 2016. Marvel is more than Iron Man, Captain America, and Thor. For example, the team could create more X-men and Fantastic Four LEGO sets! This is something that especially AFOLs desire. There are also no licensing issues with creating sets based off of these iconic Marvel characters. So why hasn’t LEGO capitalised on their popularity?

Other Marvel heroes and villains that I would personally want would be Daredevil (not likely as he has an MA15+ TV show), Punisher, (same deal as Daredevil), Moon Knight, Silver Surfer, Squirrel Girl, Adam Warlock, Stan Lee, Galactus (brick-built), Namor and Kang the Conquerer. The following images by @legocustoms00 on Instagram are really great concepts of Fantastic Four sets to give you an idea of what we could get:

So that’s my LEGO Marvel rant! I really hope that nobody got offended by my thoughts on this theme’s shortcomings. Again, I really, really love LEGO Marvel. But there are some huge flaws that the team must overcome, to achieve the best sets possible. I doubt any LEGO official will be reading this, but if you do, please take into consideration what I’ve said. All you have to do is to create more detailed minifigures, with a larger variety of characters and make more sets that involve fewer vehicles and more buildings, in addition to introducing new moulds where required. I believe that you can pull this theme back up to the place it once was. Again, this was all my own opinion, and I wish I can see this theme prosper again. Until next time.

Images of minifigures from Brickset

Memes belong to the author

Raiders of the Lost Theme: The Best of LEGO Indiana Jones