Everyone remembers the iconic scene. Clad in black, Lord Vader addresses a line of bounty hunters on the bridge of his Star Destroyer. Yet, this legendary line of scum  couldn’t be recreated in LEGO until fairly recently. Zuckuss remained absent from the LEGO Star Wars set line for 19 years. Fortunately, the 20th anniversary Slave 1 set provided a Zuckuss minifigure for avid Star Wars fans to complete their collection of LEGO bounty hunters.

Now that LEGO has produced all six Bounty Hunters, many fans will look to improve their minifigures with custom jet packs, capes and blasters. This article will go through each bounty hunter in turn, looking at what custom accessories are available to make them as accurate to the movie as possible.

This Corellian bounty hunter quickly became a fan favourite. After first appearing in Empire Strikes Back, Dengar returned to the big screen three years later as a background character in Jabba’s palace. As well as appearing in movies, Dengar had a limited role in the Clone Wars. In the series he was voiced by the multi-talented Simon Pegg, an actor who would later go on to play Unkar Plutt in the Force Awakens.

LEGO first released a Dengar minifigure in the 2006 Slave 1 set. An updated version of the minifigure would later appear in the UCS Super Star Destroyer that was released in 2011. Employees at LEGO are clearly big fans of Dengar as the character would become a key character in LEGO Star Wars the Freemaker Adventures. In the show, Dengar was employed by Graballa the Hutt to track down the Freemaker family. His appearance on the show led to a Dengar minifigure being included in Naare’s Eclipse fighter. The same minifigure later appeared in the Bounty Hunter Speeder Battle Bike Pack (a set with an extraordinarily long name). 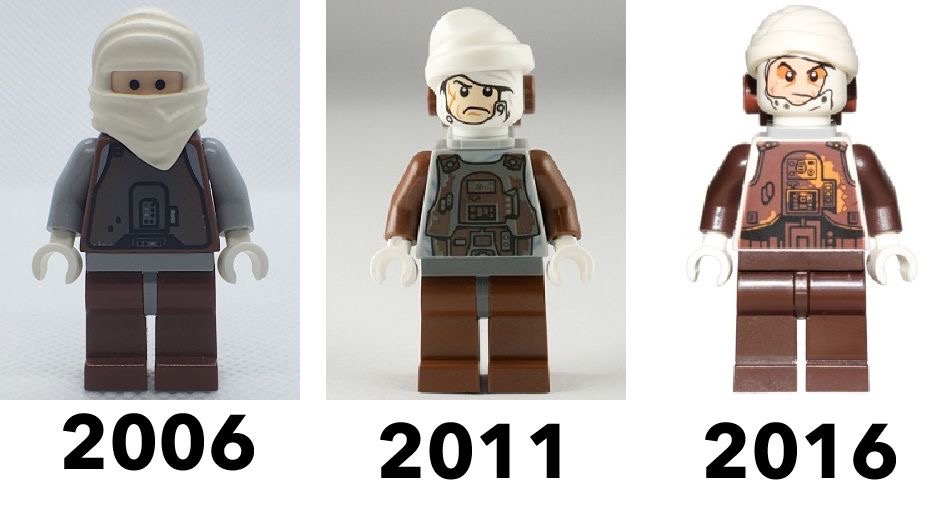 Currently, Dengar isn’t available in any LEGO Star Wars set on the market but all three variants of Dengar can be purchased separately from FireStar Toys.

In the Empire Strikes Back, Dengar carries a DLT-19 heavy blaster rifle. Han Solo can also be seen using this weapon when rescuing Princess Leia from the Death Star in A New Hope.

Fortunately, Brickarms produces a custom DLT-19 piece. I have attached an image of the prop below for comparison.

This custom part can be purchased from FireStar Toys.

This lethal assassin droid has appeared in films, animated series and even video games. If you ever played the 1996 Shadows of the Empire video game you may remember the notoriously difficult boss battle between Dash Rendar and the droid. Newer fans may confuse IG-88 for IG-11, the droid voiced by Taika Waititi in the Mandalorian.

LEGO first made the droid in 2006, including the character with Boba Fett’s Slave 1. This early version of the minifigure came in a nice metallic colour but lacked any printed parts. It took 5 years for LEGO to release a printed version of IG-88. This newer version came in the 2011 UCS Super Star Destroyer. Fortunately, LEGO made an updated IG-88 minifigure available in two cheaper sets. IG-88 was included in both the Bounty Hunter Speeder Bike battle pack and the 2018 LEGO Star Wars Advent Calendar. 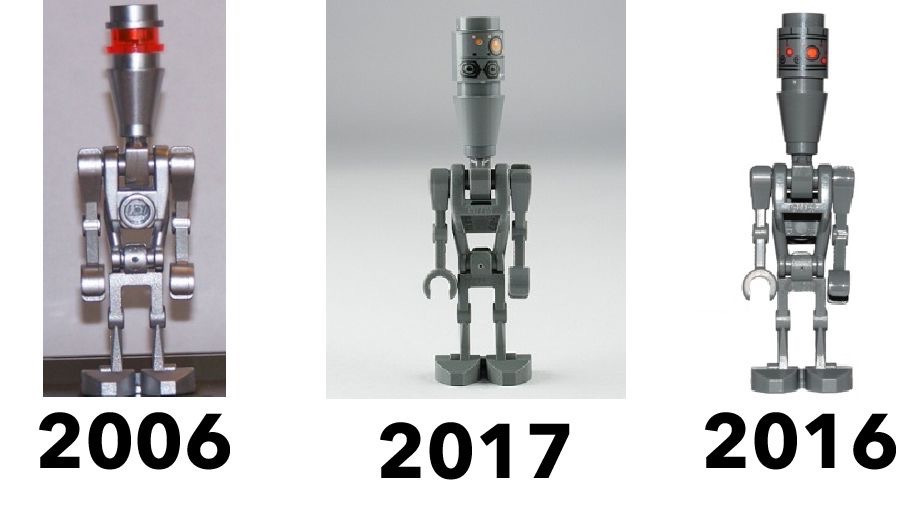 IG-88 can currently be found in set 7522, Betrayal at Cloud City. However, this set is inaccessible to most due to its high price tag. FireStar Toys currently sells two variants of IG-88 if you still need to add this fearsome bounty hunter to your collection.

In the Empire Strikes Back, IG-88 carries a DLT-20A. Once again, Brickarms produced a version of this very weapon, perfect for any LEGO IG-88. It can be purchased here.

This bounty hunter needs no introduction. Boba Fett was first seen by fans in the Star Wars Holiday special. Since then, the character has appeared in three Star Wars films, several episodes of the Clone Wars TV series and has garnered a dedicated fan following.

LEGO has produced seventeen versions of Boba Fett. The minifigures vary vastly. Some depict the young Boba Fett, as portrayed by Daniel Logan in Attack of the Clones. Other figures depict the older Fett, as portrayed by Jeremy Bulloch in Empire Strikes Back and Return of the Jedi. The 2015 Star Wars Character encyclopedia included a white version of the minifigure, based off the character’s original concept art.

Boba Fett can currently be purchased with the Betrayal at Cloud City set. This minifigure comes with some beautiful arm printing.

Boba Fett wields an EE-3 blaster pistol. Brickarms, Clone Army Customs and Arealight each produce their own version of the gun. 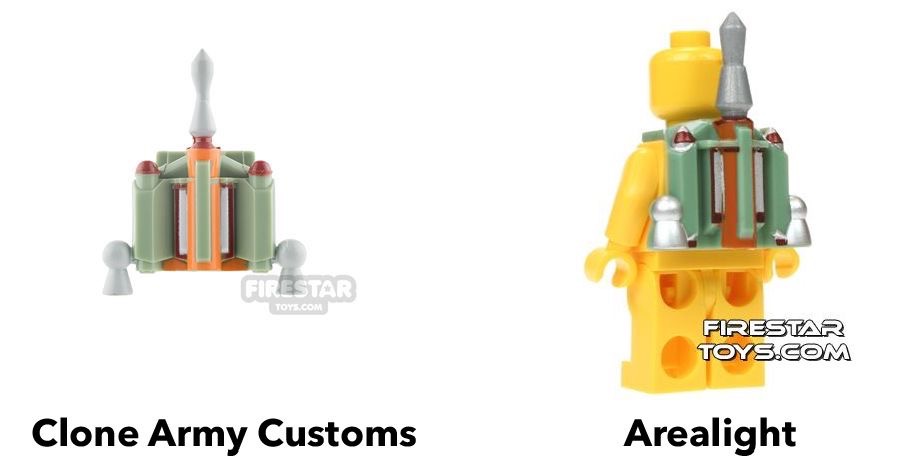 You could even go a step further. Why not purchase a pair of Arealight Vambraces or a custom helmet.

This green Trandoshan is instantly recognisable due to his yellow space suit. Some fans may be surprised to learn this costume was actually recycled from the fourth series of Dr Who.

LEGO have made two different Bossk minifigures since LEGO Star Wars began in 1999. The first came out in 2011. An updated version was released 6 years later. 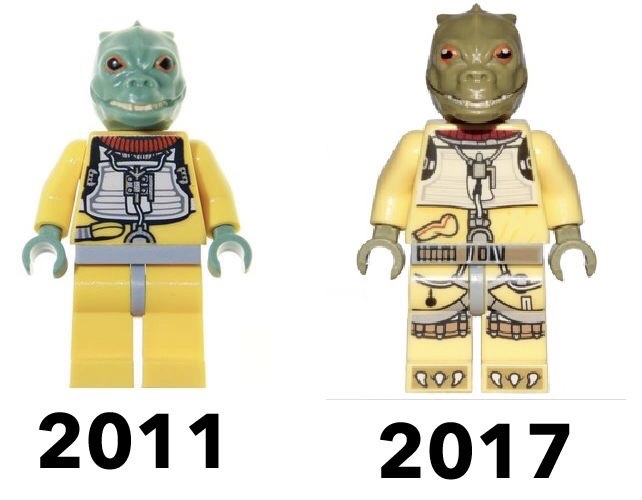 In Empire Strikes Back, Bossk carries a Relby-V10 Mortar Gun. Luckily, Brickarms produces a variant of the Relby V10. FireStar Toys recently added this weapon to their website. It can be purchased here. 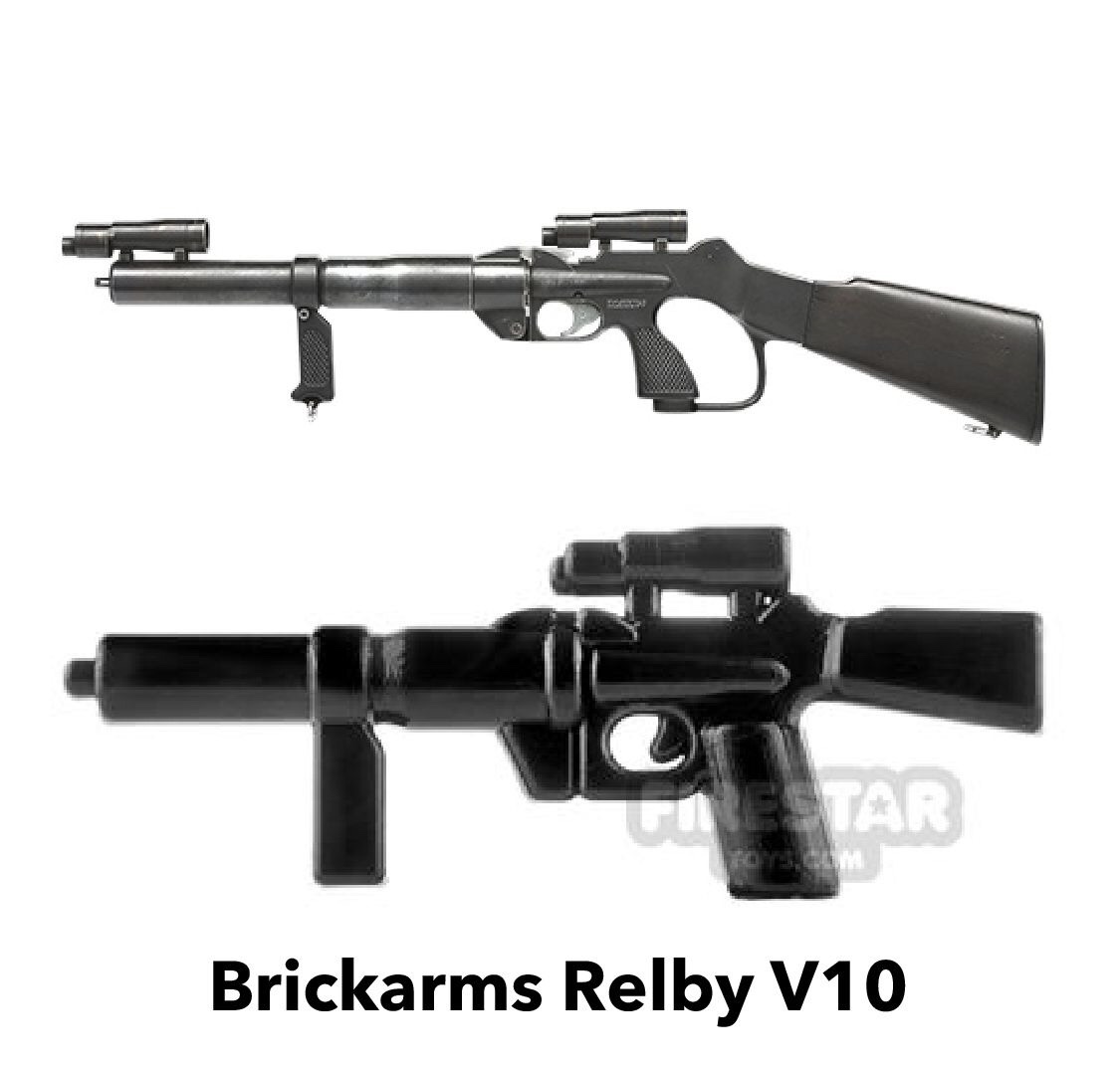 This Star Wars bounty hunter is criminally underrated. LEGO didn’t produce a 4-LOM minifigure until 2017. This minifigure can still be purchased in the 20th Anniversary Slave 1 set. However, it can also be purchased separately here if you want to add this droid to your collection. 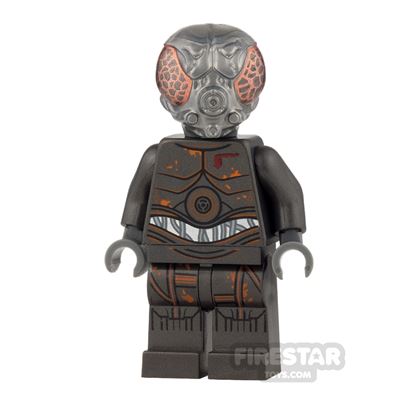 In the Empire Strikes Back, 4-LOM can be seen carrying a DLT-19X. Brickarms produced a custom DLT-19X blaster, which can be purchased from FireStar toys. 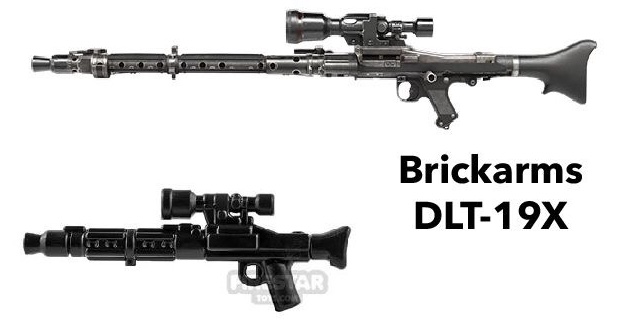 As mentioned earlier, LEGO didn’t produce a Zuckuss minifigure until 2019. As of writing, the minifigure remains exclusive to the 20th Anniversary Slave 1 set. He can be bought separately here if you need this insectoid alien to complete your collection. 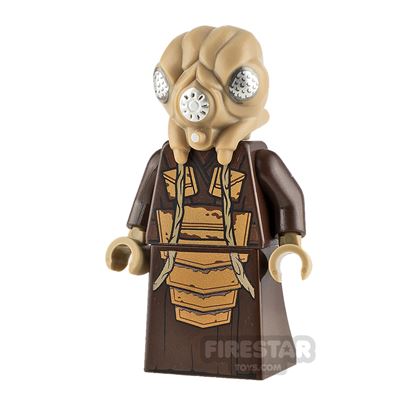 In the iconic bridge scene, Zuckuss can be seen holding a GRS1 Snare Rifle. To the best of my knowledge, none of the major custom weapon brands sell a GRS1 Snare Rifle that’s compatible with LEGO minifigures. This disappointingly means you won’t be able to equip your Zuckuss minifigure with a movie accurate version of his weapon.

Will you be upgrading your bounty hunters? Which is your favourite Bounty Hunter? Leave your thoughts in the comments section below.

Images of minifigures are from Bricklink & Brickset, images of weapons are from Wookieepedia, and the scene from the film is from Star Wars official site.

Create Your Own LEGO Minifigures to Avoid Trouble