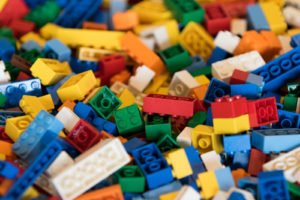 I often ask myself this question, “how do you buy LEGO sets?”, and the answer may surprise you. It’s like when someone leaves a bowl of chocolates in the room and says “Help yourself”. Do you take all the good ones or just stop at the ones that take your fancy before you make yourself sick? Decisions, decisions…

For me personally, I tend to go with the ones that offer the most unique parts to see if I can use them elsewhere.

Let’s face it, I’m choosey when it comes to buying LEGO.

It doesn’t mean you don’t pick up an odd set every once in a while. We all know that happens.

Don’t laugh, I once happened to spot a set I really liked for my birthday in Toys’R’Us, as my wife was looking after for ideas on what to get me. I made the mistake of pointing to the set but not saying what it was, and you guessed it, I ended up with the one above it.

Not a fan of Ninja Turtles! So I won’t be doing that again. But these things happen and given my luck, they happen a lot! 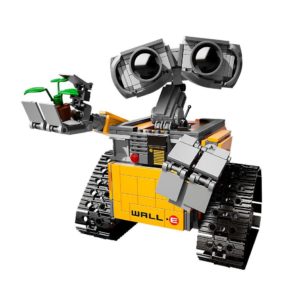 When I am out to buy LEGO sets, which rarely happens these days, and I happen to see a set I haven’t seen before, the first thing that hits me is the price. LEGO is an expensive toy and the first thing I think is, “Can I afford this?” The next question is just as important – and don’t tell me that this hasn’t crossed your mind too: Where do you put it, once it’s built?

This for me has always been a problem when buying LEGO sets, you only have so much room and so many shelves. So to display any collection, you need to have a room dedicated to this, and that isn’t happening anytime soon. My solution was to display the ones I really liked at the time, and put the older ones in bags and store them in large tubs in the garage. Okay, so it’s not everyone’s ideal solution, but for me it works. Or at least it did until I started selling it off.

At one stage I had 7 large tubs, some with built sets and some still in unopened boxes and still not enough to stop my cravings for this, so one day I was at a swap meet and I happened to be talking to one of the vendors and he explained that this stuff was valuable and that I should consider selling it.

Mistakes Not to Make?

So I made a decision, it wasn’t doing me any favours the sets just sitting there, if I wanted more of the updated LEGO sets, the best way was to sell what I didn’t like anymore.

So first to go was most of the older sets, I had 3 years of collecting Star Wars under my belt & 6 years of various themes plus LEGO at the time had no intention of stopping this anytime soon. The UCS X-Wing, Death Star and UCS Millennium Falcon were the first ones to go, followed by every Harry Potter, Indiana Jones set there was. The older collections followed shortly after.

It was then I realised I’d made a huge mistake, sure I made money on these to buy more sets, but not at the expense of sets that held sentimental value, and some of these did. 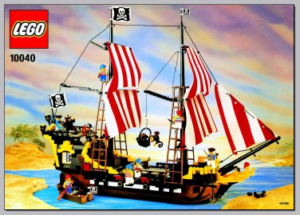 I was dumb at the time not to see it. One set in particular sprang to mind, I’d been given a pirate ship, 6285 Black Seas Barracuda, for my second wedding anniversary, by my very understanding wife. I’d left it sitting in a box for nearly a year. When my dad came out to see me, I decided to put it together. It may not have been the brightest idea we had. We argued over the assembly a lot, and finally before he left for the UK we finished it. My wife was hysteric about two grown men fighting over a LEGO Pirate ship. But it meant a lot for me to hold on to it  & when he passed a few years later, it always made me think of him. As it was a good day and one I’ll never get back.

This is why it’s important to stay focused when buying this stuff. Sure, you can make huge sums if the set & time is right, but you can’t easily replace a set once you sell it.

So that’s what happened, even if I did manage to obtain it, it would only be a copy, and not the original and that was why the LEGO sets I purchase now only contain the ones that mean something, and not to make money. 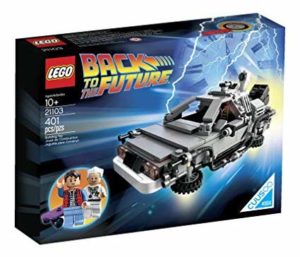 It was a few years later when the Ideas or Cuusoo sets started showing up, and I thought this was a good opportunity to see something we hadn’t seen before. LEGO sets that fans had a hand in building, and wouldn’t you know it, true to their word, sets like Back to the Future, Ghostbusters & Doctor Who, among many others started showing up. It was like Christmas all over again, and though not every set made the cut, it was enough to gave you hope that it might.

I, like many other collectors, bought these sets, and these proved to be more sought after than the actual themes on offer. But they were harder to get, as not every toy shop stocked these and certainly not the shopping centres. Most of them were bought directly from the source, LEGO Shop at Home. Or if you failed to do that, from eBay, as sometimes LEGO sold out of stock within two days of release. 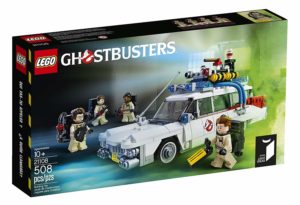 Mind you, there were always ways around this. In the LEGO community, you always knew somebody who could find someone who was selling one, like what happened with the Wall-E set. It took a few months for that one, but in the end it paid off, and now it’s proudly displayed in my office. But as you know, you can’t have every set built up for display and the UCS Falcon was one of those that didn’t make the cut. Yes! I bought another one, but after 4 days of building it, it was dismantled and put in a box. Now it’s just gathering dust as my wife puts it.

Now, if LEGO could come up with a safe way of repelling dust, I could have a bigger display, but for now this will have to do. 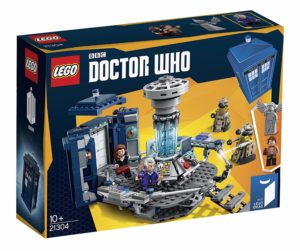 Buying themes, was another way of collecting good sets, though not all warranted collecting the whole theme as reading this will tell you.

I made of a habit looking for themes that would prove useful back then, themes like LEGO Movie Studios, Arctic, Western, Pirates, Castle & various space themes, though not the full range. I loved the idea of animation, even tried my hand at it unsuccessfully, and the themes & the new collectable minifigure series helped with the story lines.

Also loved the spooky themes, like Scooby Doo & Monster Fighters, but these didn’t stay in circulation long, so that too fell by the way side. Though there has to be a time when you have to call it a day, and that day is fast approaching.

The last set I got was the Lunar Lander, it celebrates the 50th Anniversary of the Moon Landing, which I happened to see on telly many a moon ago. So I’m no spring chicken, the last set I hope to buy is probably the Mustang as basically what fool does not like cars?

That’s how I buy my LEGO sets.