Today, we will be exploring how LEGO became like Apple.

When it comes to the technology world, it is easy to argue that there is one superior force; Apple. It’s clear that Apple’s influence is everywhere within the technology world. They are defined as the industry-lead when it comes to the creative technology field, and they provide some of the most popular handheld devices on the market, with both Apple iPhones and iPods offering fierce competition in their corner of the technology sector. With profits growing exponentially, many people would argue that Apple truly have a monopoly on the modern world’s technical scene.

So, what relevance is this to the LEGO world? Well. Replace the technology industry with the toy industry. Competition is just as fierce, but with LEGO seemingly having a consistent presence across store shelves, and with the company making numerous acquisitions like the recent purchase of the Merlin Group, it is arguable that LEGO are the Apple of the toy world. So today we will answer that very question. How did LEGO become the ‘Apple’ of toys? 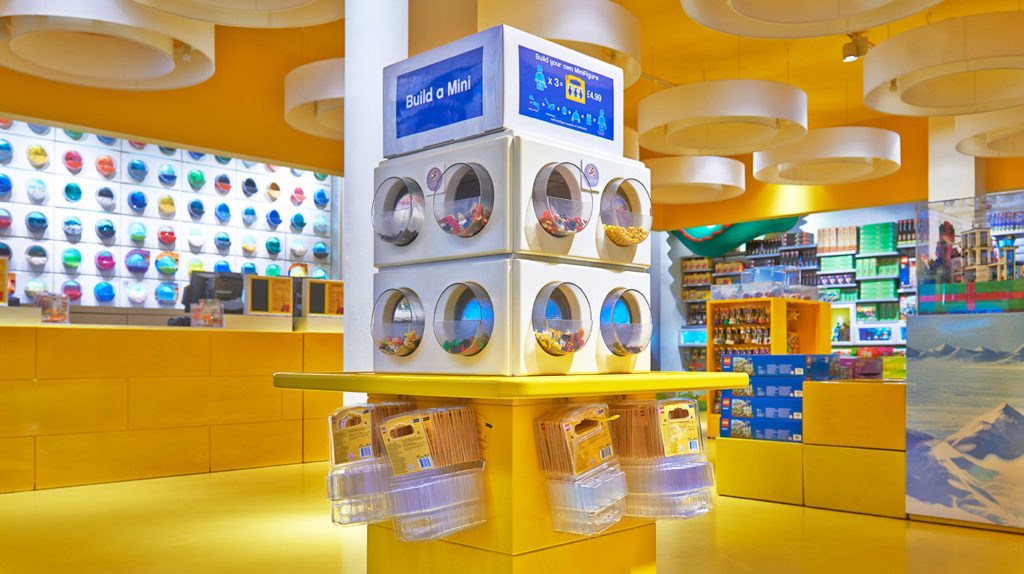 Now, before we begin, I want it to be noted that this is going to be an opinion piece, and not a lesson in the history of LEGO and their growth as a company. If you want to learn more about how LEGO grew to the level they are at today, then I really recommend checking out this great YouTube video which LEGO created. This great video really explores where LEGO’s routes as a company are, and how it came to be, which is cool.

I do also think that it is worth noting as well, that because this is an opinion piece you may not necessarily agree with all the points I present within this article. This will be my assessment of LEGO as a company, and how I believe they have taken great strides to mimic the success of Apple. My points will be very specific and I will try to fully explore them, but I may miss details, and equally, you may feel that they are entirely irrelevant. That is totally cool – it’s all about LEGO and our enjoyment of the product!

With all the boring housekeeping out the way, let’s continue! 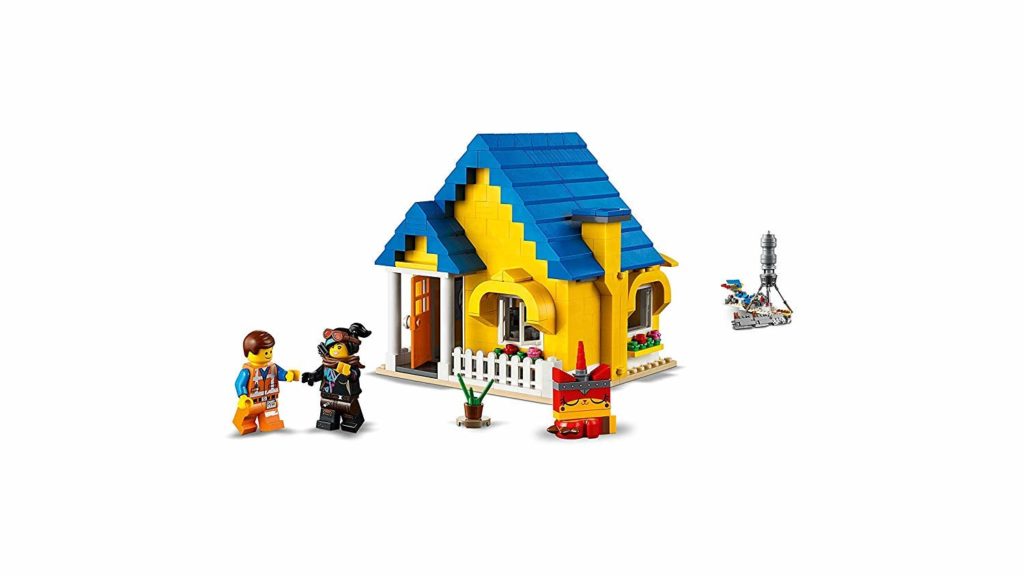 So, when do I think LEGO really began to kick-off their expansion, forming the routes of the massive conglomerate which we all love today? Well, to me, that is simple – with the acquisition of licenses. Some of the earliest licenses I can remember are Spider-Man, Indiana Jones, and Star Wars. All of those are big, house-hold names, with a massive level of brand power. This instantly highlights the benefit of tying into these licenses, as the potential for growth and amplification of marketing efforts really is there for all to see.

Being able to tie into something successful is an ideal opportunity for brand growth. Working in marketing myself, I can tell you that some of the best marketing achievements are the ones which tie into what their audience cares about within the current world. Marketers which can effectively tie into trends and incorporate them as a part of their brand will always can be successful, and I am confident that this is a large reason why LEGO was so successful. To assess this, further though, I’d like to dive a little bit deeper – with a look specifically at LEGO Indiana Jones as arguably one of the most successful licenses in the history of LEGO.

The way that LEGO handled the Indiana Jones license is a perfect example of how cross-brand promotion can be used to really allow a product to shine. In 2008, not only did we have Indiana Jones and the Kingdom of The Crystal Skull around the corner, but we also had the LEGO Indiana Jones video-game hitting games consoles, providing us with the opportunity to relive moments from the films which just so happened to feature the LEGO sets which would be releasing in stores. This was an incredibly smart decision as it allowed them to capitalise on the renewed interest in the brand, meaning that they could get their LEGO sets in front of as many fans as possible.

This, combined with hard-work promoting the products through a variety of platforms and an assortment of successful distribution mediums, meant that LEGO saw massive success with this line and could release subsequent sets depicting sequences from other films. This, I feel, speaks volumes to the kind of brand hunger that LEGO built for the Indiana Jones sets – creating a cult appeal which still sees these products soaring in price on the aftermarket years after their initial release on store shelves.

As LEGO have continued to grow and expand, so too has their intelligent acquisition of new properties which allows them to continue to be tied to successful brands, thus raising their overall appeal as both a company and a product. I mean, if we just look at recent acquisitions, we can see how intelligent purchasing has benefitted them. Firstly, their new partnership with Blizzard has allowed them to produce Overwatch sets. These sets allow them to bridge a more ‘adult’ market, and allow them to tie into one of the most popular gaming franchises which is currently popular on the E-Sports scene. This means that LEGO are now potentially getting coverage as a brand on platforms like Twitch. These are places where the product may have not traditionally had a strong presence, meaning that LEGO are able to consistently pursue new audiences and broaden their horizons.

The same is true for the recent partnership with Stranger Things, something which has introduced the concept of LEGO to a much wider segment of the Netflix market. This, again, highlights a great degree of forward planning as Strangers Things Season 3 was a massive financial success, and so subsequently there will be hunger for the related products like the LEGO set. This shows an incredible sense of insight from the investors who work to acquire new licenses for the LEGO Brand to work with.

However, smart investment in brands is just one half of the LEGO recipe which I feel has led to the great commercial success which we see for the company today. The other half, I feel, is their willingness to constantly invest in and implement cutting-edge technology. We can see this throughout the brand’s history – right back to the introduction of LEGO’s first ever light bricks. Whenever other toy companies innovate, LEGO attempt to find ways to innovate too, bringing in play features and options which go above the realms of more traditional competition.

I mean, within the sense of potential play patterns, the argument here is simple. What is more appealing to a child? An action figure with a firing gun, or an action figure with a firing gun which can then be dis-assembled and constructed into something like a fighter jet? The fact that LEGO continues to give young people the opportunity to implement the technologies and features which they are growing up with and developing a passion for into their every-day play is both a blessing and a curse. 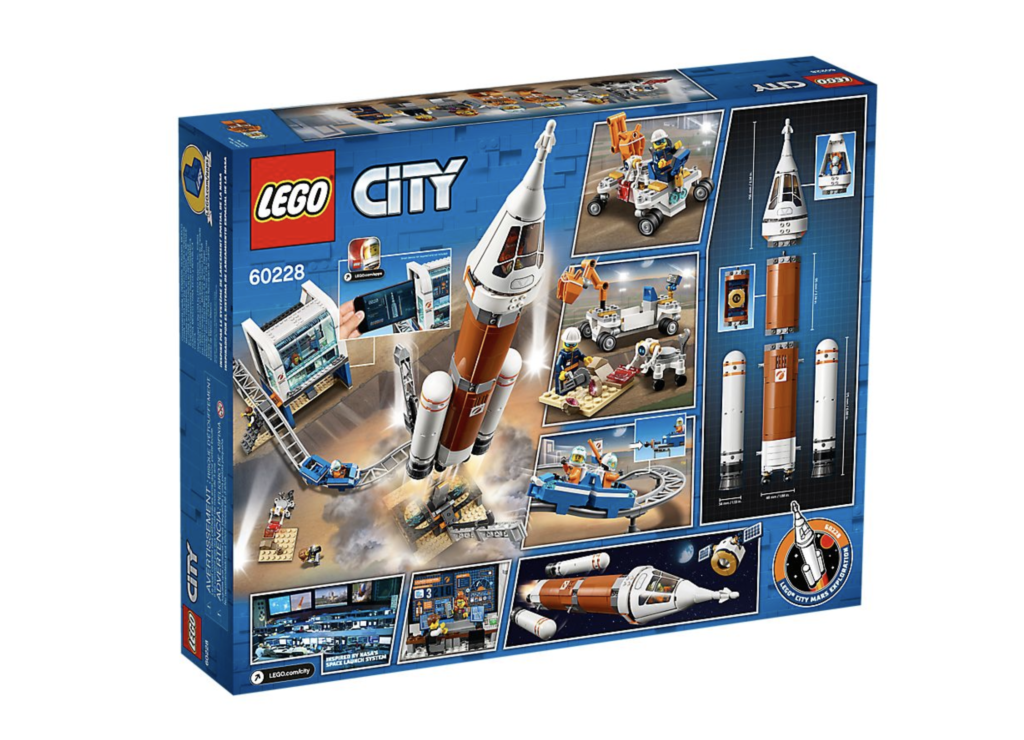 By showing a clear understanding of not just their own market, but of other markets which their audiences may also have passions and interest in, LEGO have really been able to incorporate some interesting and fascinating features which keep them ahead of the competition. Of note is the recent Space Launch Facility in the 2019 LEGO City line, which includes the option to implement your mobile phone screen. If you download a simple App on the phone, you can then simulate the rocket countdown before the craft is ‘launched’ into space.

This is a cool way for LEGO to address the fact that children are becoming more reliant on technology, and it allows them to then engrain that technology within their product to avoid them having to compete with it. What’s better than a toy or a piece of technology? Something which does both. I say this is a blessing and a curse purely because it is an unfortunate side effect of our society leaning more towards young people becoming reliant on technology as opposed to traditional toys. That said, features like these do add some cool dynamic play functions. Make sure to check out Jangbricks review on the LEGO Space set mentioned, as he highlights the feature well.

Of course, whilst these are the two core features which I feel are worth noting, I do think that there are other factors which have supported the success of LEGO. Generally good levels of product design are one example. Having products which go together well from the get go has really propelled LEGO’s reputation as the ‘quality’ building brick brand when compared to its competitors. This has worked wonders in allowing LEGO to build a positive reputation around their brand, and this has in turn contributed to the overall popularity we see today.

Combine this with the fact that LEGO have amazing customer service who will bend over backwards to correct an issue if you are having one, and you have the perfect cocktail to combine with the above elements we have already discussed. All of this results in a brand which feels friendly and approachable – ultimately creating a brand which continues to be loved by all. 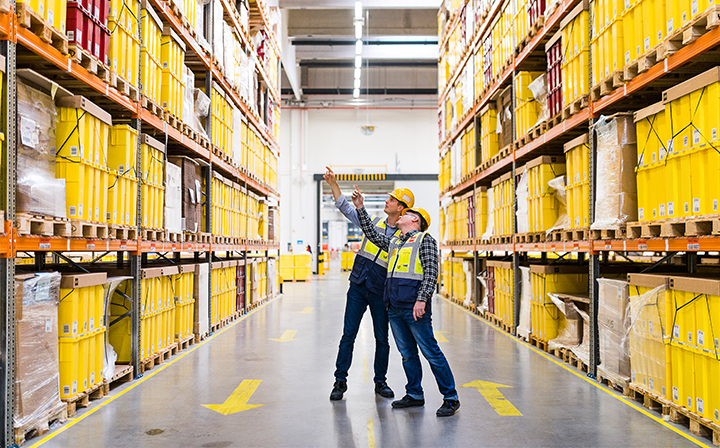 So, there you have my breakdown of why LEGO is the Apple of the toy world. Do you agree with the points I have made? Do you think there is even more to their success?

Let me know in the comments below – I would love to hear your thoughts on this one!

And, if you’re still looking for more to read, then check out Phil’s article about other companies similar to LEGO. It may follow on nicely if I’ve now got you thinking about the history of this great company!