I’ve been a LEGO fan for a long time. Like many AFOLs, I played with them as a child and now I buy a lot of sets and pieces in my adulthood. But despite my long experience with LEGO, there were still a few facts I was surprised to learn. Some seemed pretty obvious, while others were more obscure things I didn’t really get introduced to until I started actively vlogging about LEGO and engaging with the LEGO community.

Here are some of the surprising things I learned about LEGO. Be sure to let me know your own LEGO surprises in the comments!

People in the UK Say “LEGO” as a Plural

While this may not count as a LEGO fact per se, it was a big shocker to someone like me who grew up saying “LEGOs”. I always wanted LEGOs for Christmas. I played with my LEGOs. I stepped on a few LEGOs. So, it sounds really weird to me when I hear (or more often read) someone use “LEGO” as a plural. It’s a bit like hearing a British person talk about “maths”. What’s with that?

So in the UK and maybe Europe at large, it’s pretty common to hear “LEGO” used as a plural. They stepped on some LEGO. They dropped three LEGO on the floor. It just seems wrong typing it now, but that’s language for you!

In the US, a lot of people use “LEGOs”, me included. Still, you do find the occasional LEGO snob who insists on “LEGO” as a plural. Often times their reasoning is this tweet from LEGO itself, which is a bit ironic because the LEGO Company’s position is actually that “LEGO” shouldn’t be used as a plural at all because it’s not a noun! They explicitly say it’s an adjective, particularly a brand term which they’re interested in maintaining the trademark for. Of course, the LEGO Company isn’t an authority on language and has an ulterior motive for wanting compliance. 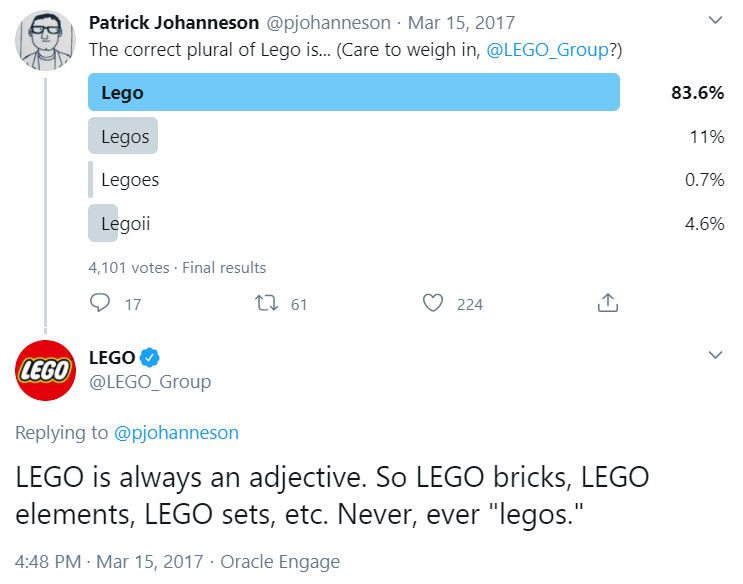 That being said, I was also surprised to discover how vicious the debate can get! I’m not sure why we can’t all live and let LEGO, or LEGOs. Either is fine, and most people understand what you’re saying. It’s just a matter of personal preference. (Unless you work for LEGO, in which case it’s a matter of trademark protection.)

Now, in my defense, female minifigures were pretty rare from LEGO until a young girl complained with a handwritten note to the company asking for more “LEGO girl people” in their sets. So growing up, I didn’t come across that many female LEGO people to begin with, but I clearly didn’t pay close attention because something I didn’t realize until well into my thirties was that the torsos for female minifigures have curves on them.

I don’t know if this is obvious to most people or not, but it was certainly a surprise to me. And now I’m a bit worried about how many LEGO men I inadvertently gave feminine figures to over the years.

The typical LEGO torso is a bit of an unflattering trapezoid shape. So, for female characters, LEGO found a way to combat this through a bit of sneaky stagecraft. They simply “gray out” the part of the torso that “shouldn’t count”. Granted, it’s still there, but we’re just supposed to ignore it. 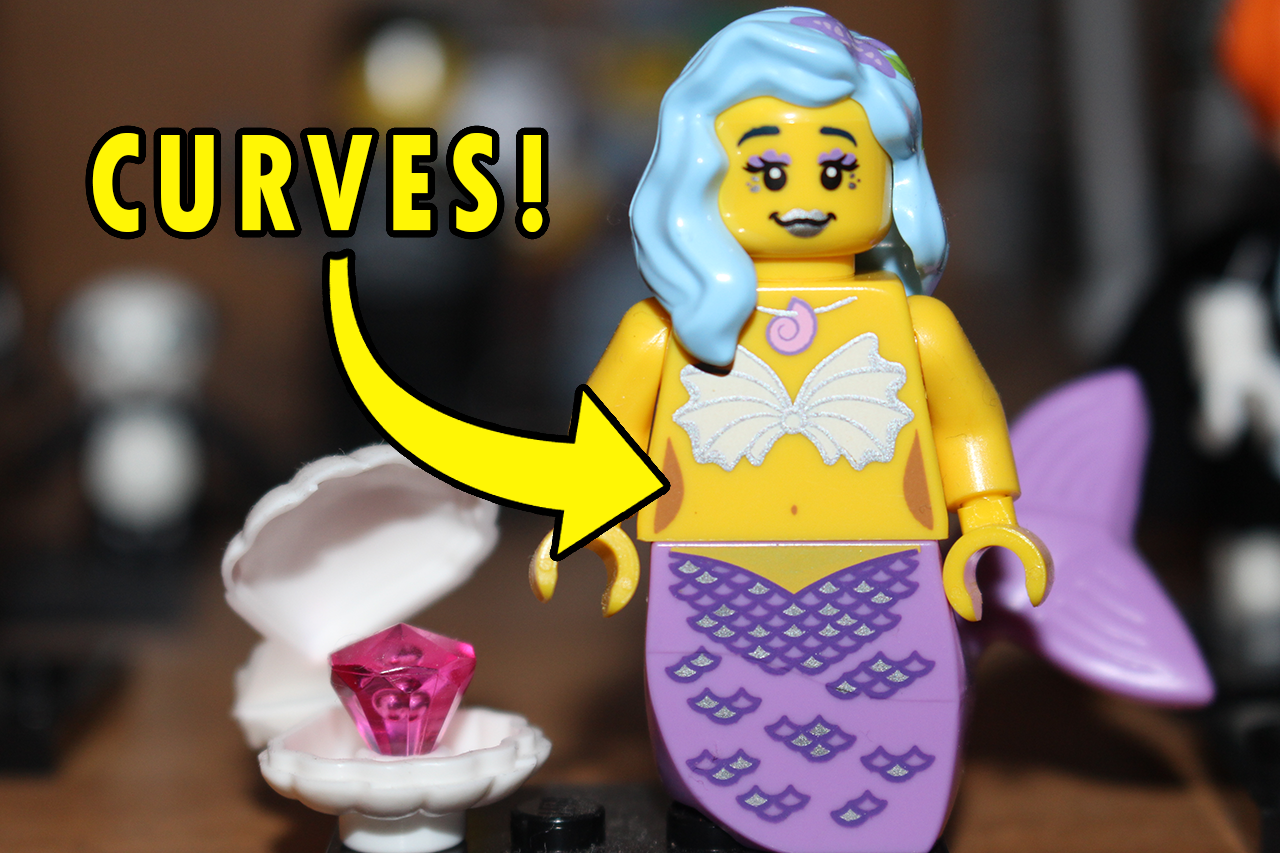 Interestingly, it’s not on every female minifigure. Grandmothers in sweaters don’t get these curved figures, and it seems to be more pronounced the more revealing the clothing is. A female business suit might not even have a full grayed out area, instead just getting a bit of outline to accentuate the curvature.

This is probably no surprise to fans of the LEGO Friends sets and similar themes like Disney Princesses. I just never realized they had their own term. It makes sense though since they aren’t quite a minifigure, not in the traditional sense.

Though they still serve that basic function in their particular stylized LEGO world. Since I’m not really the target demographic for “mini-dolls”, I never had any for a while. And they’re also fairly new, coming out in 2012 initially.  They’re taller and thinner than the typical LEGO minifigure. Their legs don’t move separately, and they can’t twist their hands. Still, they seem to get by okay since the LEGO Friends and Disney Princesses lines have expanded a lot since 2012. The mini-doll is perhaps more popular now than ever before. 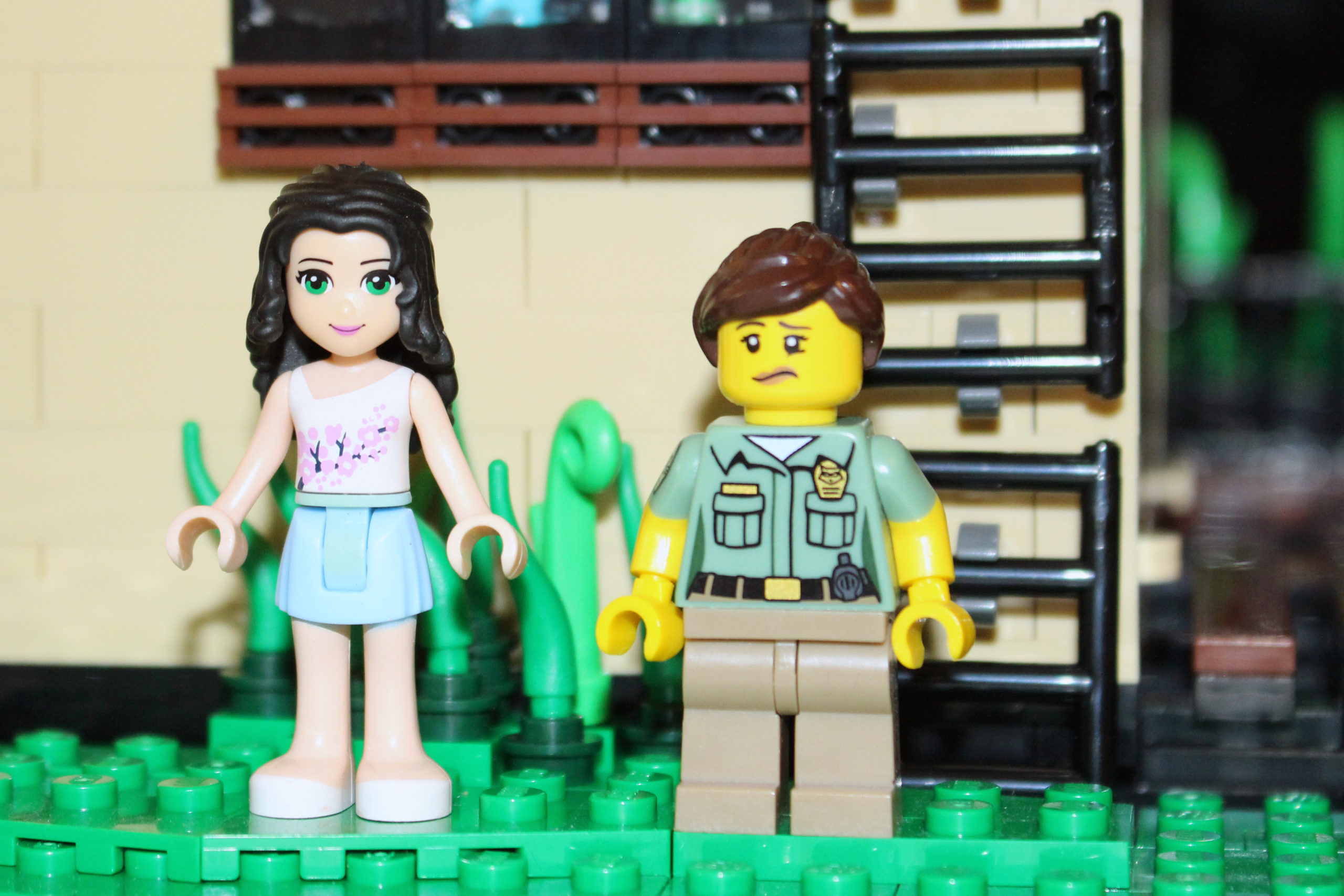 Of course this isn’t the only variation on minifigures, but probably one of the few, if not the only, that get their own official name. There have been a lot of unique minifigures made, usually to fit a particular licensed property like the ones from Angry Birds or LEGO Hagrid. But the mini-dolls are a beast of their own, not merely a bit of a tweak to the existing minifigure body plan.

Since they’re apparently here to stay, it’s good to learn what to call them!

I didn’t have many DUPLO blocks as a kid. In fact, the only ones I really came across were random few blocks my grandparents had in their toybox of old school toys leftover from when my dad was a kid. So it never occurred to me to try and fit them together because I never had any DUPLO to mix with my System pieces in the first place, and they look so clearly different in size that it’s easy to think there’s no sense in trying.

But the truth is DUPLO and System are built on a similar scale, so you can find ways to attach them to each other. However, it doesn’t always work.

In particular, you can put full block size LEGO System pieces on top of DUPLO blocks, provided the System piece has an even number of studs. A 2×2 System brick fits well on a single DUPLO peg but it will swivel. You’re better off using 2×4 bricks as a minimum.

The DUPLO blocks will also attach to the top of LEGO System plates, but the connections aren’t as snug as a System to System connection would be. And LEGO System plates and tiles aren’t deep enough to take in the full DUPLO peg, so while you might get them to rest on top of a DUPLO, they probably won’t be very stable. 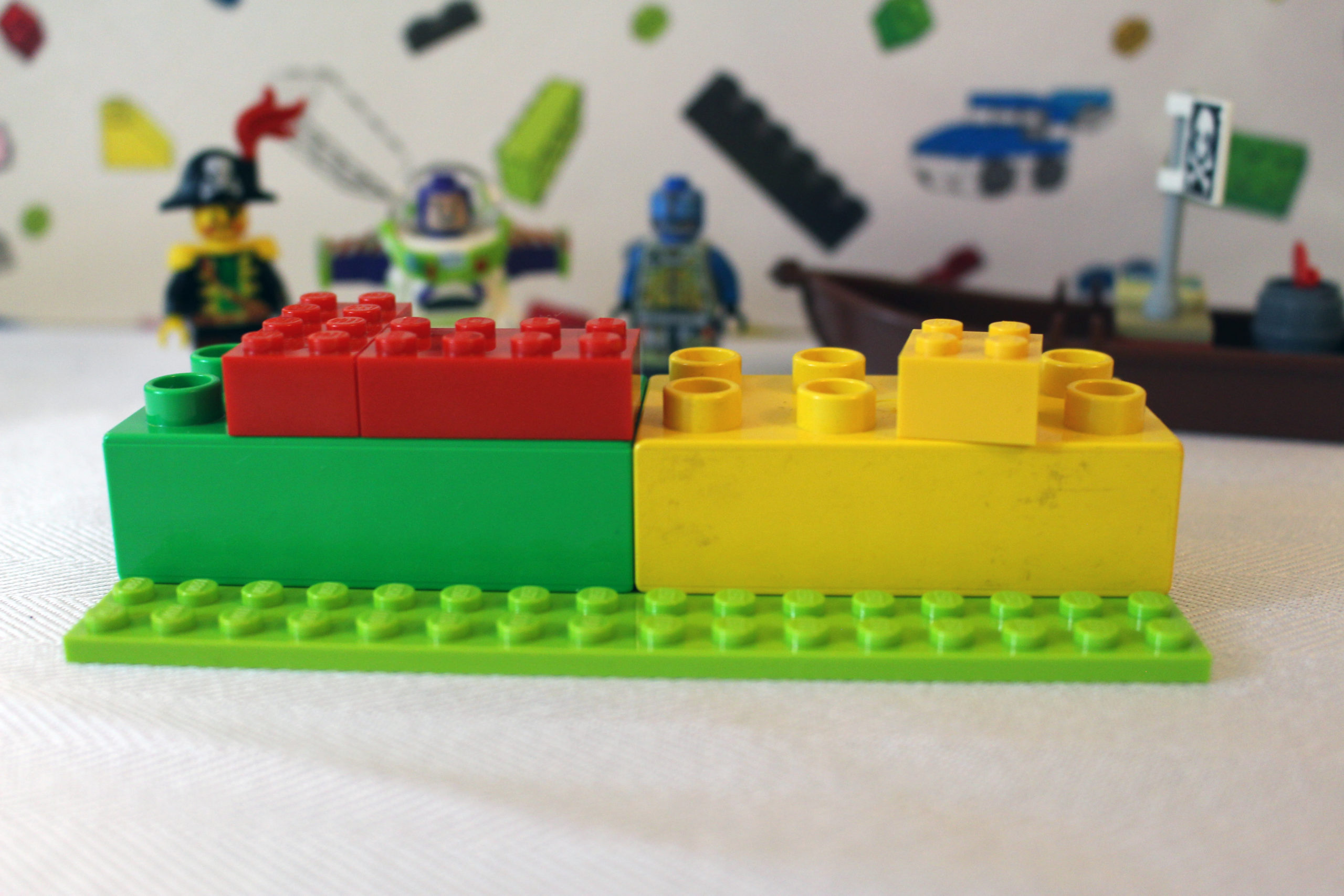 As the father to a newborn, though, this is some exciting news since it means all the money I invest in DUPLO for the baby won’t go to waste as he grows up. I might try incorporating some DUPLO into my own System builds from time to time now!

And there’s still so much more to explore with LEGO! It’s probably impossible to know every fact about LEGO given its long history and the vast number of themes produced throughout the decades. Plus there is a lot of new LEGO technology out there, like the AR used in Hidden Side and all the crazy stuff with LEGO robotics.

So it’s an exciting time to be an AFOL and I’m looking forward to some more great surprises as I continue to play and collect. If you think you have some LEGO facts that might astonish me or other readers, leave a comment below!

LEGO Valentine’s Day is around the corner – are you ready for it?

Clayburn is a LEGO collector and co-host of Blockie Talkie, a YouTube vlog discussing anything and everything about LEGO.