Today we have Blake Powell, a.k.a. blvdbricks on Instagram. 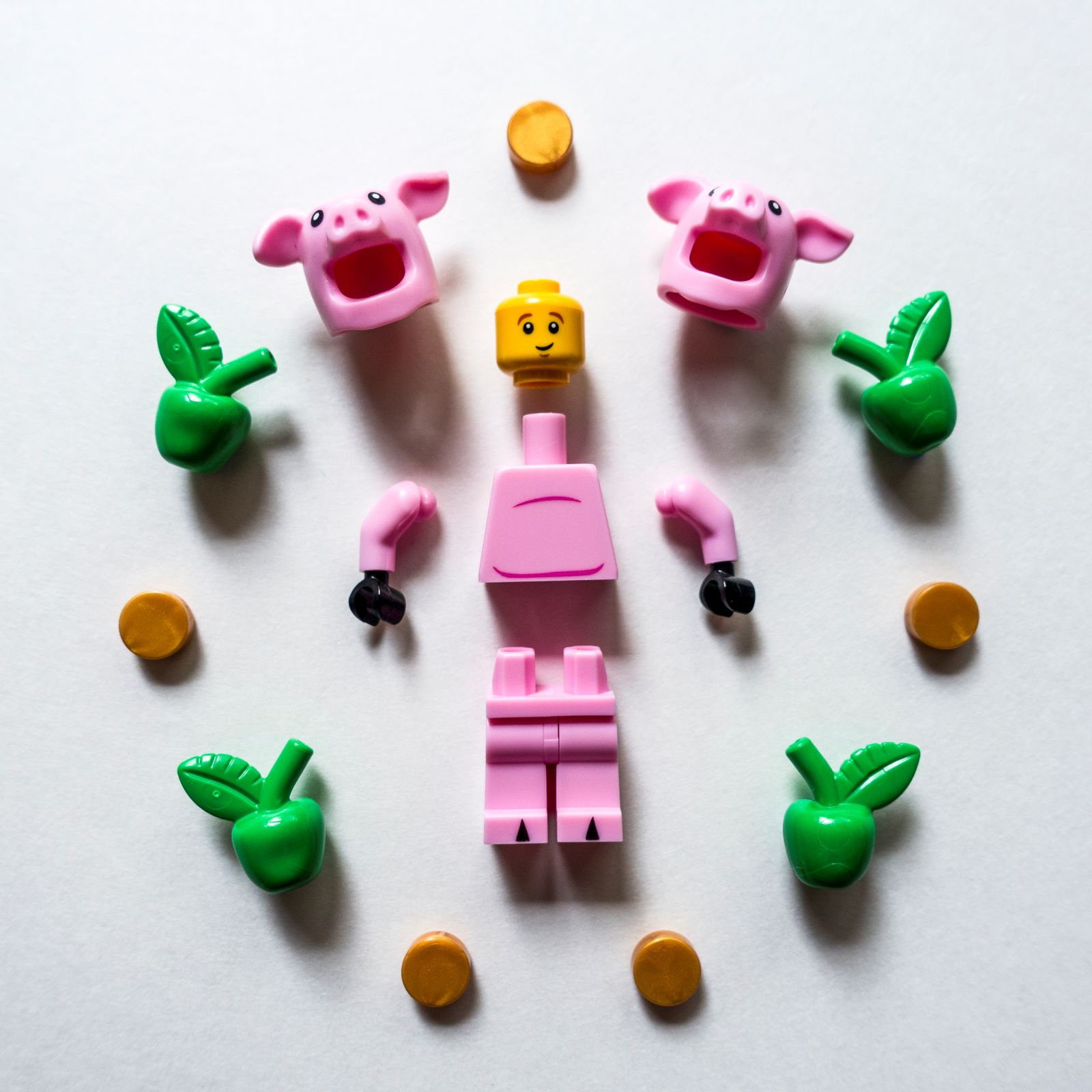 I have always been fueled by creative exploits. Most of my life I have participated in visual arts, so when I graduated high school, I attended post-secondary graphic design. After a year of graphic design school, I realized I hated it. I became quite depressed and noticed it was due to not being able to pursue musical expression due to the high demand for the graphic design course. So I followed this up by leaving the world of graphic design, and I went to a music production college. After graduating there, I became a teacher at the college I attended while building my music production portfolio and reputation. Years later, at what you could call the height of my music career, having just been a part of a Billboard-charting project, the artist I was connected with decided to stop making music; this coming after we had already embarked on a follow-up project and worked on half the songs to be on this project. This began the beginning of the end, as I noticed a trend where I was beholden to these recording artists and less in control of my own destiny, as it were.

Enter LEGO, along with the discovery of photography using an iPhone. My first IG account was born called StartedFromTheShire and was a LEGO Hobbit comic essentially. Having no photography experience, I just took shots every day and practiced shooting LEGO. Eventually, I moved over to non-hobbit shots, and blvdbricks was born. Since that start over 6 years ago, I have also expanded my photography to professional capacity, and you can find me podcasting and streaming on twitch about the game of KeyForge which is also one of my passions, along with Marvel Champions. 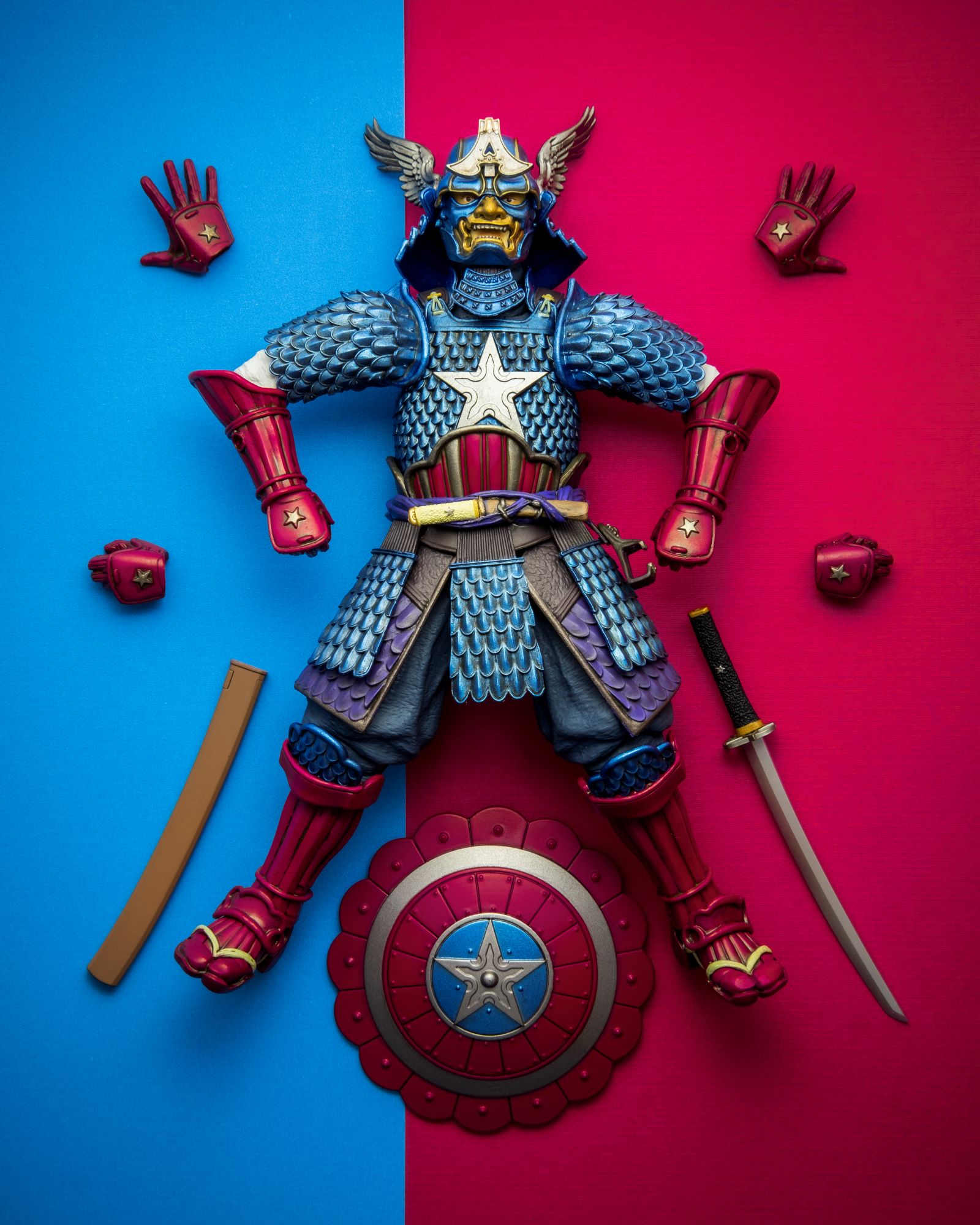 LEGO has been a part of my life since childhood. I have fond memories of the Aquanauts, Knights, and Pirates themes growing up. The Aquanauts Neptune Discovery Lab is close to my heart, and I no longer have this set, but I think I may look to get one on BrickLink. Christmas morning has always been associated with epic LEGO sets and of course, Christmas Day builds. I was very lucky to have a couple sets each year in that regard, and I think it’s these moments that really cemented my LEGO journey.

What about your journey with photography /collecting?

There was a point in my life around 2013 that I found my music passion and drive waning. The inspiration I had before was becoming more and more absent. I have always needed to express myself in a creative manner, and before music became my life, I was a visual artist. So, during this waning period of creativity, I was starting to get quite depressed— something that I have noticed happens when I’m not creating. As a result, I decided to visit my local LEGO store, for reasons I cannot remember, but once I entered the store I was instantly hit with a huge wave of nostalgia, and it was an amazing feeling. I felt like a kid again. This was also the first time I had visited a LEGO store in about 15 years.

The reason I tell this aspect of the story is that I had stopped buying LEGO as years and years before I noticed that after I built the set it just sat on my shelf and I couldn’t justify the purchase anymore. I didn’t use my imagination and create stories the same way I did as a kid so that aspect was gone. Now during this time I visited the LEGO store, I was using Instagram and it gave me the idea I could use my imagination and take photos of LEGO to create stories using photography. That is how I began that journey with LEGO that got me to where I am today. 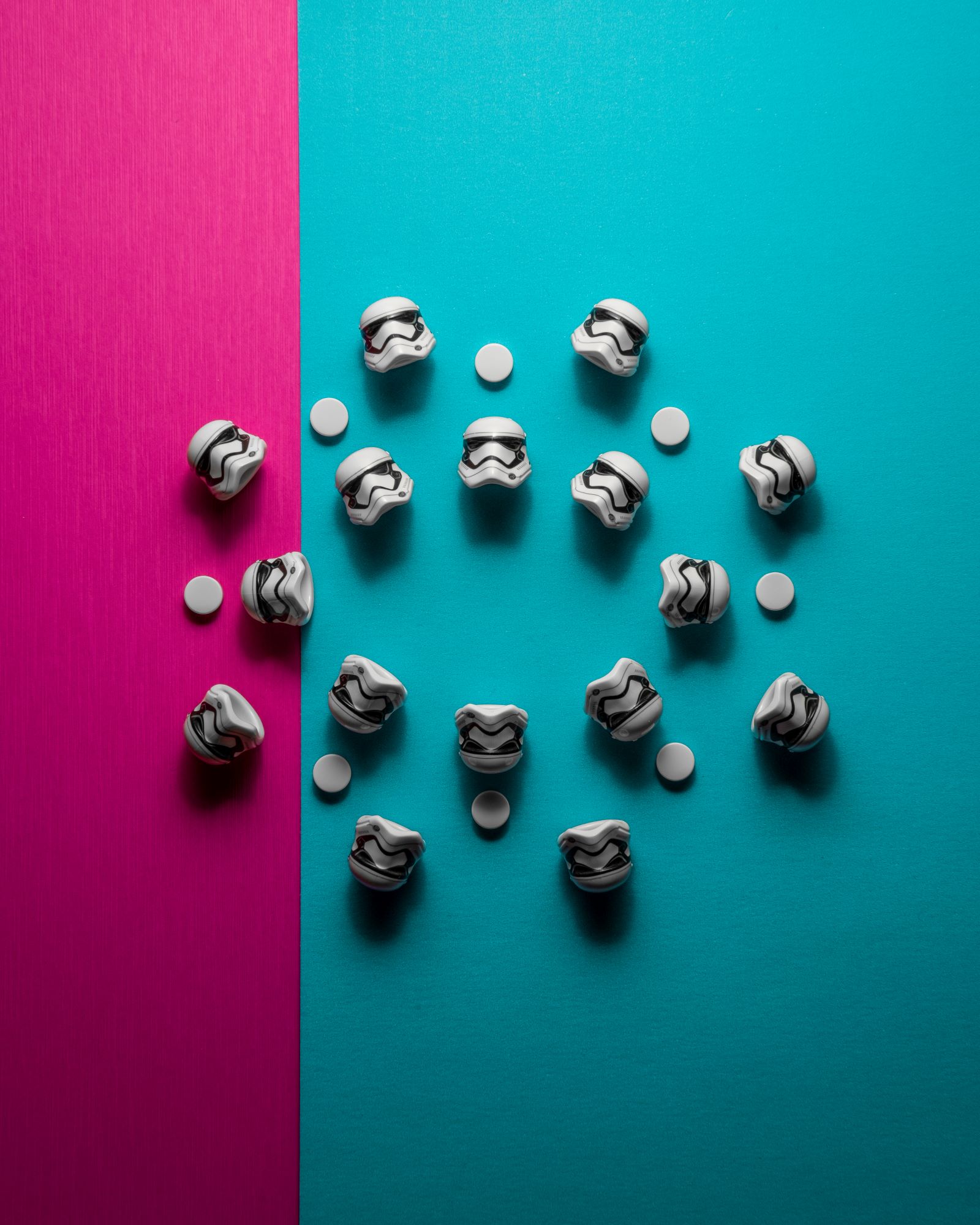 My fiancée was very supportive, but at first, I was worried she wouldn’t be. I was very wrong! I kept this a secret from most other people at first, but as the positive responses online started coming in, it gave me the confidence to share my project and photography with those in my life. Since then, I’ve been lucky enough to have some significant successes with this, and as a result, everyone thinks it’s pretty cool.

If this had been asked a few months ago I think I would have answered Star Wars. But just recently I finished building the Pirates of Barracuda Bay set, and it made me realize that the Pirates theme is my favorite. I really enjoy building the ships, and it has the added bonus of nostalgia associated with it.

Wow! This is a tough question, I’m afraid of leaving someone out who has been a significant part inspiring me since I started my journey on Instagram. The truth is that the community as a whole is a constant source of inspiration, and I don’t think anyone can really argue that point. But if I must choose someone, when it comes to my DECONSTRUCTED series, Alex Solis, @alexmdc on Instagram, has provided the greatest inspiration for my evolution with that series. 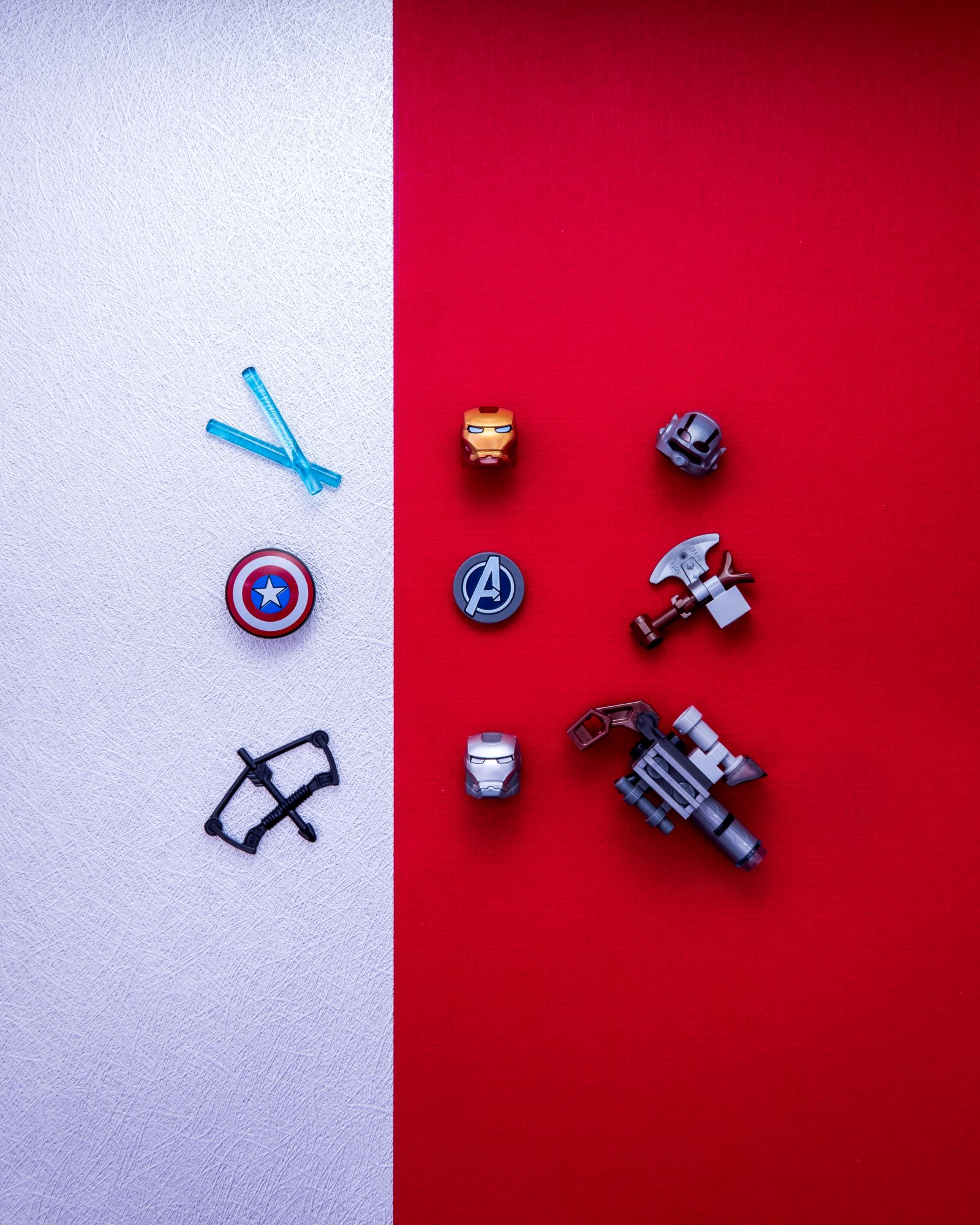 How long have you been collecting LEGO?

Since I lost my collection from my childhood, I started collecting again at the end of 2013. The Hobbit and the Lord of the Rings themes were what I first purchased when I got back into LEGO.

Minifigures are my go-to, but I do collect sets as I enjoy the builds after a long day.

I wouldn’t say I’m a purist, but I generally don’t collect custom minifigs. 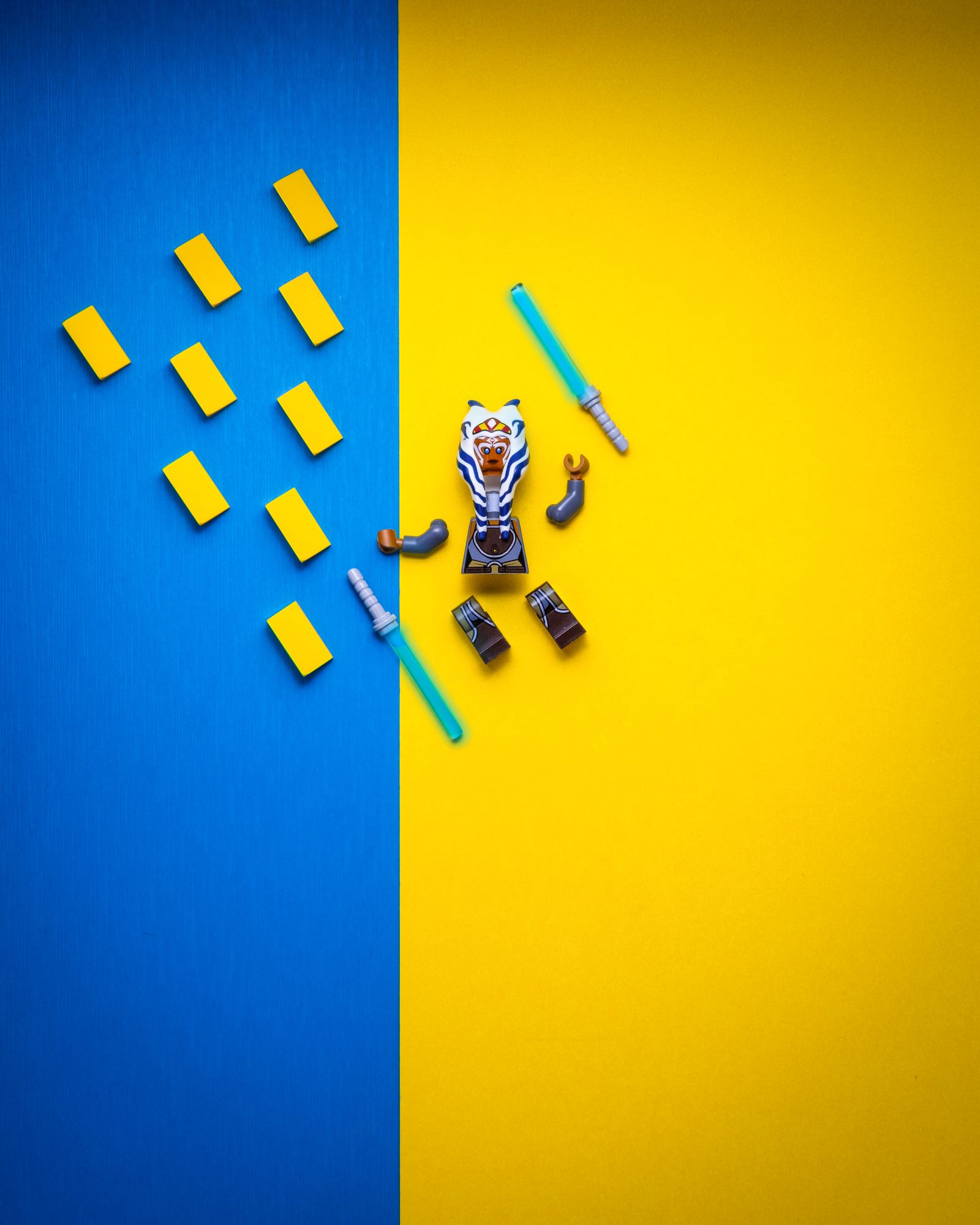 What kind of gear do you use when taking pictures?

Fuji X-T3 with a 35mm lens is what I use for my DECONSTRUCTED shots. I also use my 80mm lens for the bonus shots that I do.

Would you say you’re more of an indoor or outdoor kinda person when it comes to photography?

Both. Depending on what the situation calls for I can do either. I really enjoy going outdoors to shoot with my best friend. He is a landscape photographer, and we both use a Fuji body, so we can share lenses while we shoot in our respective vocations.

For my DECONSTRUCTED series, I have the camera tripod set up so that the camera is shooting straight down towards a flat surface. I use the grid in-camera to create my layout, then I use a reflection panel without the reflection cover to diffuse the light that is bouncing off of a white sheet of poster paper. 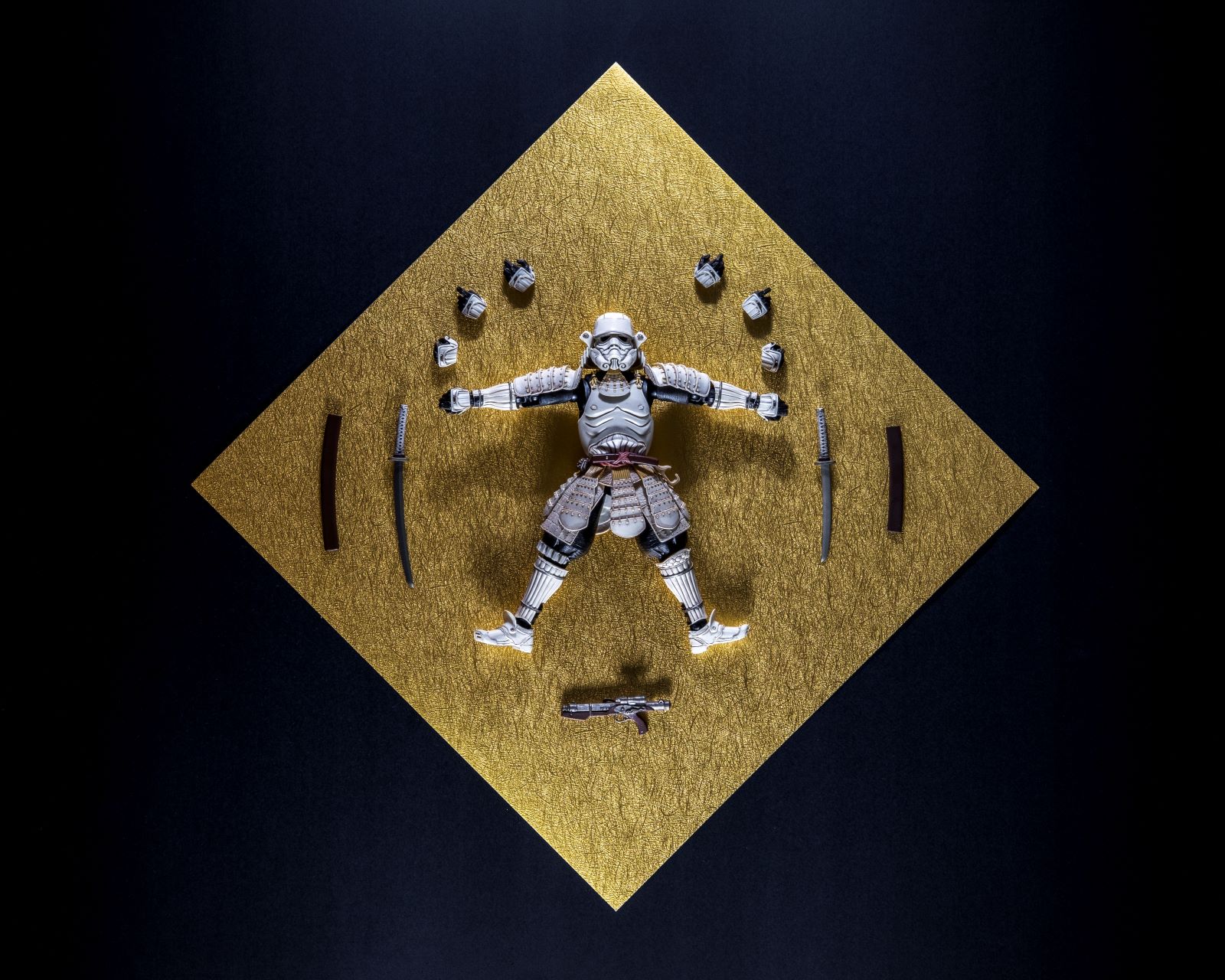 My post-production isn’t too extensive. Just Photoshop to bring out aspects of color I like and make things pop more. Photoshop is the only application I use for this.

What is your biggest challenge when photographing?

Accidentally knocking the setup and having to start the flat-lay all over again, hahaha!

Honestly, I just pay attention to color around me and in different combinations. Then I think of minifigs that can fit within that palette.

Can you tell us how the “DECONSTRUCTED” series came to life?

This is an interesting story. So at the beginning of my toy photography life, I mainly did different portraiture style photographs. One of my best friends said that I had an eye for photography—which I had never done before— and asked if I wanted to do some social media marketing work with him and take on a few clients. I accepted his offer and began doing food photography. During this time, I started doing flat lays of food to showcase the ingredients that made up the final product, and it was the curated arrangement of the ingredients that really struck me as being so stunning. This led me to explore how I could do this with my toy photos, and since LEGO had many pieces, my exploration led me to this medium. After that, I realized that the food flat lay was essentially a deconstruction of what the final product consisted of, and this realization is what led to the birth of the DECONSTRUCTED series.

Anyone looking to start down the path of photography in any capacity should take pictures every day, and try new ways of doing so. That means new subjects, new settings, new lighting. Once you are comfortable doing something, push your comfort level, and try something new! 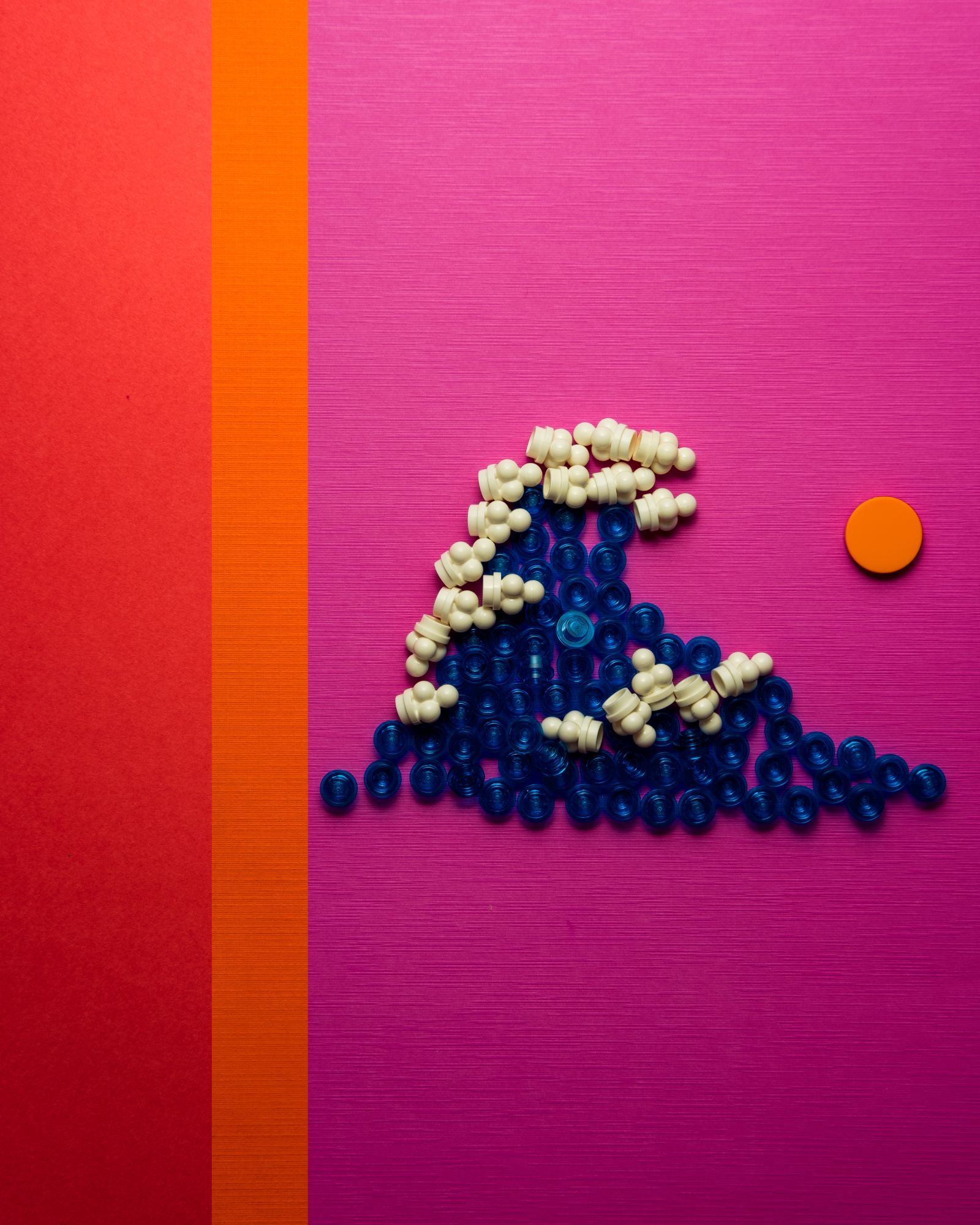 And that’s it, folks! Thank you, Blake, for having this interview with us and letting us take a sneak peek into your world. As for everyone else, don’t forget to check out Blake’s Instagram page. His DECONSTRUCTED series are a must-see, not to mention his regular shots!

All images belong to blvdbricks

Meet the Team of the FireStar Toys Blog: Tom