I know, I know, it sounds like I’m just offering praise to a company who has given me toys. But it’s more than that. LEGO is quite possibly the best toy genre out there. From an outsider’s perspective, it may seem bland or even childish. This, however is untrue: LEGO has been inspiring creativity and is useful for all ages. To use the hackneyed phrase: it changed my life. And, well, fasten your seatbelts, because I’ll be taking you on a quick tour of my past!

You’ve probably deducted the most hackneyed way to use LEGO products, id est their original intention. Kids all around the world enjoy playing and building with LEGO sets, whether it’s with a certain theme or just general play.

Play is civilization’s staple. As a young kid, I grew up on small figurines that I could use to re-enact particular scenarios. But it wasn’t until I discovered LEGO that I uncovered the true possibilities. The truth is, you can do almost anything with LEGO products. Over the years, they have of course been used for play but also for many other projects.

Here’s where the personal anecdote comes in. As an 11-year-old, I was obsessed with The Lord of the Rings franchise (I still am, honestly). My house was, and is, riddled with Lord of the Rings books, movies, posters, and collectibles. One of my most treasured possessions was my Fellowship of the Ring LEGO minifigure collection.

But I wanted to share this joy that I found with others. My cousins, just a few years younger than me, were interested in the bigger franchises like Marvel, DC, and Star Wars. I knew they would love Lord of the Rings as much as I did, but they were too young to see the movies or read the books. 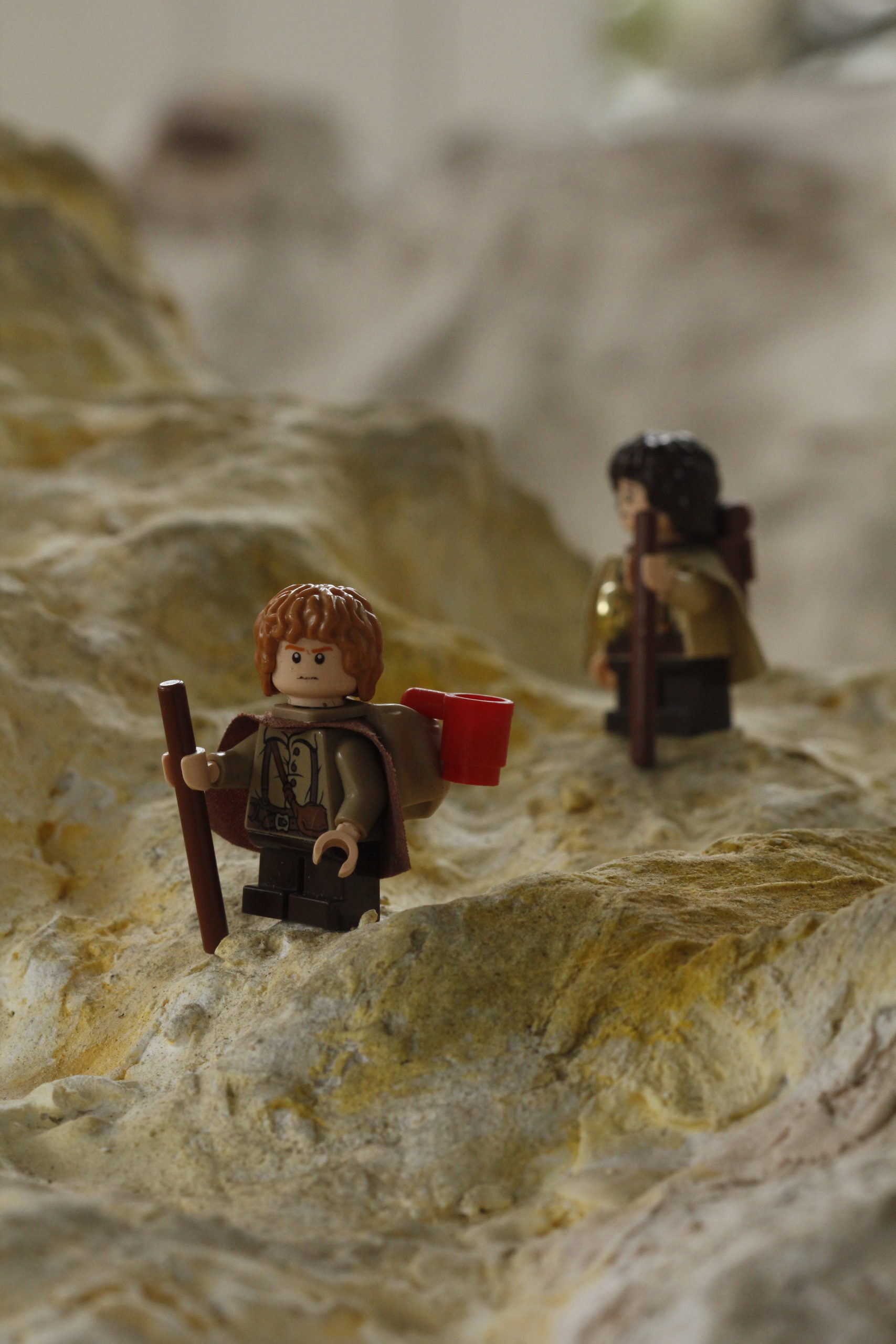 That’s where my creativity began. Just because they couldn’t read the books, didn’t mean they had to give up on Lord of the Rings entirely! So I set myself to work. I built characters and sets for them with LEGO, taking pictures as I went along. Before long, I had my first LEGO book made for them. It had one picture per page, and about one sentence below the picture. I took the story all the way through the end of the second book and sent it to them.

Not to toot my own horn, but they loved it. The next time I visited them, it was completely tattered from the love it had gotten (I’m not bitter about that; they were very young). Over the next few years, I kept making more and more books for them, all based on J.R.R. Tolkien’s works. The more books I made, the more complex they got. Before long, they had graduated from one picture per page to two pictures and several paragraphs of text. With this new medium, I made books about the Lord of the Rings, the Hobbit, and, later on, The Silmarillion (which is one of Tolkien’s more complex stories).

And to my knowledge, they keep loving them and wanting more. My newest (unfinished) project will follow the love story of Beren and Lúthien and their quest for the Silmarils of Morgoth.

And this is just one of the many ways I have found a use for my love of LEGO. My cousins are showing signs of wanting to make their own LEGO book soon. I’m glad I’ve inspired them.

“‘LEGO and Adults’? That’s a strange title. What kind of adult actually wants to play with a kid’s toy?”

Well, dear stranger, I would argue that it’s more complex than that. LEGO isn’t just a kids’ toy. As any LEGO owner can testify, most LEGO sets are made for ages 5+ – emphasis on the “+”. Let’s take another personal anecdote from me.

My dad bought me my first LEGO set when I was seven years old. It was a gift for my First Communion, and I got the 2010 Hagrid’s Hut set, with all my favorite Harry Potter characters (I hadn’t quite gotten “into” Lord of the Rings at that point). He watched me and my sister unpack it with joy and begin building immediately.

My dad grew up in a house with six kids. He had plenty of toys in his house, of course, but LEGO was not one of them until his younger brother was 7. At the time, he was 16. He didn’t really notice anything special about it, and brushed it off as a kid’s toy that he was too mature for.

Maybe he’s less mature now. I don’t think so. But he’s grown past the “LEGO is for kids” phase. He’s in his fifties and he builds with LEGO sets almost as much as me. Well, maybe that’s a stretch, but he uses them quite often. 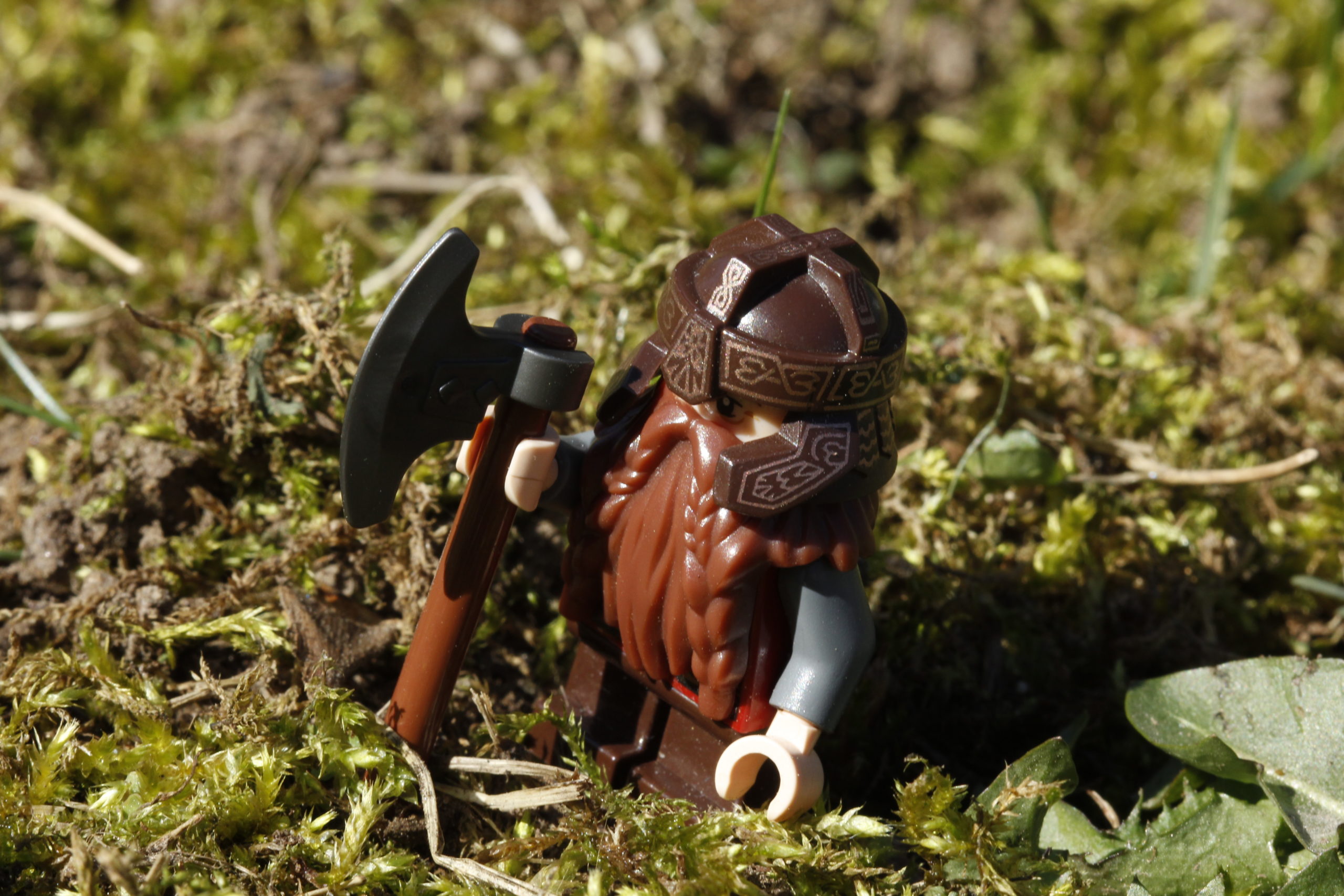 The other thing is, he makes LEGO books too. He’ll regularly be outside working on a photo for his book, or writing out the narrative to go along with it. Together, we have made 10 books, and will have made 12 when we finish our two works-in-progress.

My dad finds building LEGO as a way to de-stress after a long day and spend time with his son. He likes games, but rarely uses toys that aren’t LEGO.

I’m not employed at the moment, but if I were to take a job title for my current situation, I would call myself a LEGO artist. It’s such an intricate concept that encompasses many different fields of art.

Picture yourself as putting on a show or performance of some kind. Normally this would be split up into several parts, each person taking on a different role. But with LEGO photography, you’re all of the parts. You choose your “actors”, give them costumes, give them directions, give them lighting, give them love, and give them your soul all at once. It can be hard, but it’s extremely rewarding. And don’t even get me started on stop motion videos. Those things are crazy! 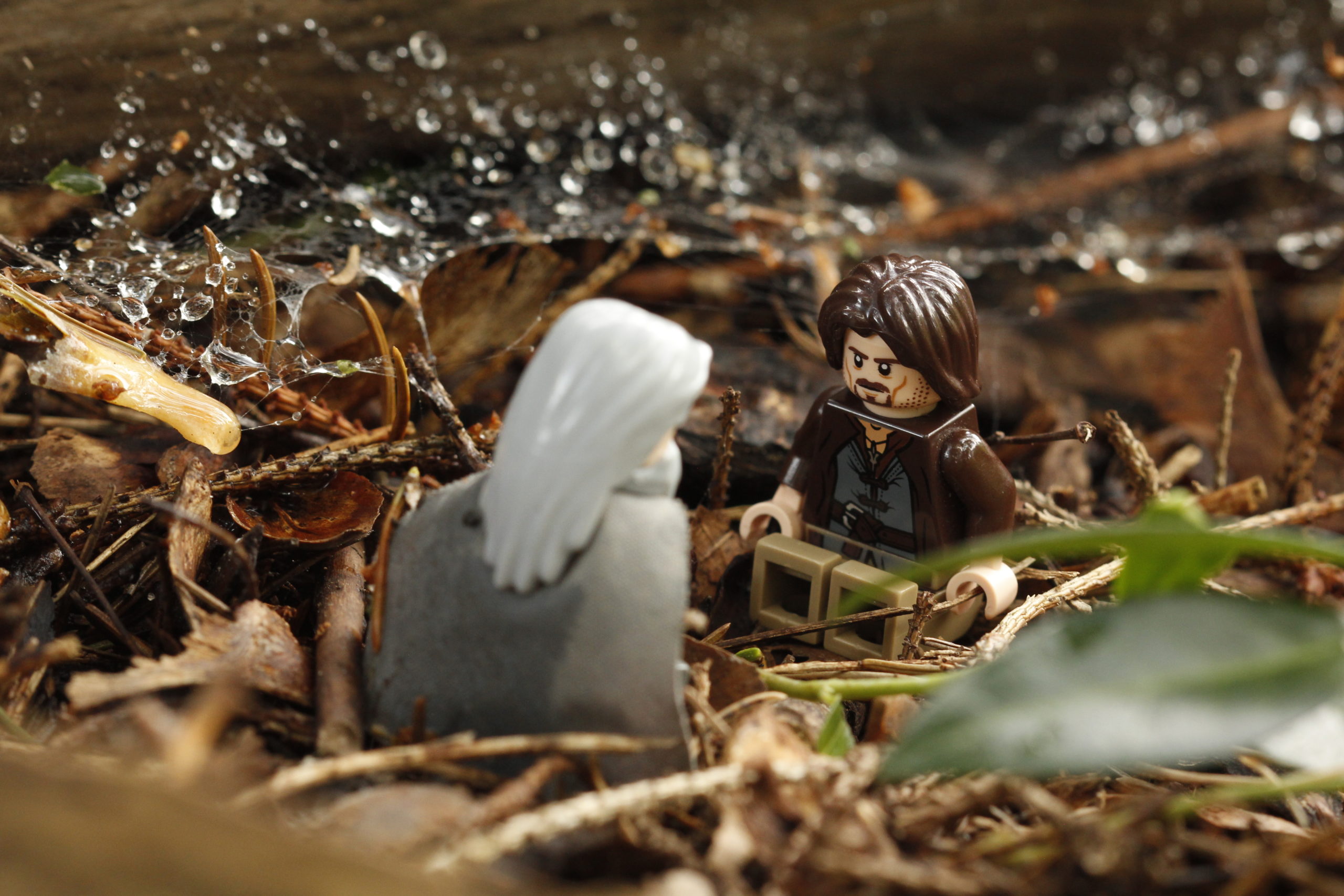 While it can be trying, the finished products are amazingly beautiful. Take it from me- I produce LEGO pictures daily for my books.

My dad and I have gone to great lengths to get the perfect photo. We use our yard and the woods nearby to get outdoor shots. Sometimes we’ll wait all day to get the perfect lighting. One time, my dad even chopped a tree down for our shots!

I’ve spouted enough praise for myself, though. My LEGO pictures don’t even compare to some made by others with better cameras, more dedication, and a pinch of Photoshop (I don’t really count that as cheating. It’s more like turning a play into a movie, if you ask me).

Well, it’s time to wrap this all up. I hope that these personal anecdotes have inspired my readers to go try something new. And always remember the four important lessons about LEGO: It can be used in so many ways. It is for ALL ages. LEGO photography is true art. And of course, LEGO is the panacea of toys.

Interview with an AFOL: misslegomena