How often are we confronted with such gender stereotypes? It’s absolutely everywhere, and you may want to ignore or dismiss it, but it’s definitely part and parcel of our favourite pastime, no matter how hard LEGO might try to neutralise it.

Lessons from the Past

This isn’t a new thing of course. In fact, back in the 70s and 80s, LEGO kept releasing adverts reminding parents not to limit their child’s development. Those ads were really clever and it’s a sad fact that they’re actually still just as relevant today, nearly 50 years later…

One such advert was a photo of a letter which stated: 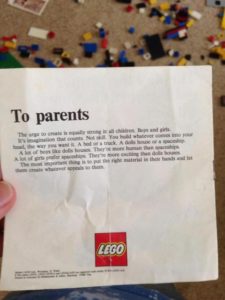 “To Parents
The urge to create is equally strong in all children. Boys and girls.
It’s the imagination that counts. Not skill. You build whatever comes into your head, the way you want it. A bed or a truck. A dolls house or a spaceship.
A lot of boys like dolls houses. They’re more human than spaceships. A lot of girls prefer spaceships. They’re more exciting than dolls houses.
The most important thing is to put the right material in their hands and let them create whatever appeals to them.”

Another ad from 1981 showed a little girl holding up her LEGO creation with the caption “What it is is beautiful.” Nary a mention of gender in that ad, just a distinction between children’s ages and what those groups may be more interested in playing with.

The message is so simple: children create, and it’s not a girl or boy thing. 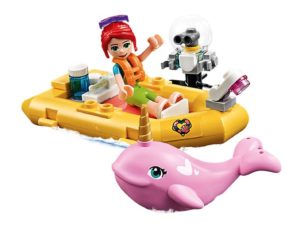 In 2012, in order to try and appeal more to girls, LEGO released the Friends line with redesigned minifigs it called minidolls.

Now personally, I don’t like them. Not because they’re “for girls”, but because the legs don’t bend individually and the wrists don’t turn. I think downgrading the amazingly simple complexity of the minifig was a bad move.

But what do I know? The Friends line has proved to be extremely popular.

However, it has facilitated gender segregation among the LEGO toys. 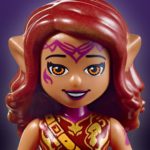 Heck, not too long ago, I saw LEGO sets in a shop which had been separated by gender: City was in the “for the boys” section, and Friends, “for the girls”.

Worse still, the highly imaginative yet now defunct Elves line which uses minidolls had been shunned by many closed minded individuals because it was seen as a girls’ theme due to the type of figure it used.

When LEGO released the 21110 Research Institute and later the 21312 Women of NASA sets (all minifigs, by the way), the news about them – both times – was all about how great LEGO was doing to release sets about women… conveniently ignoring the great strides LEGO makes to always include women in non-stereotypical roles in many of its sets. 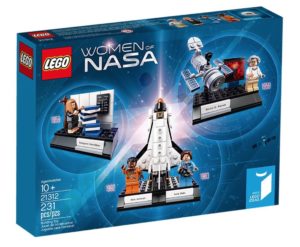 It’s always news when we see women on TV in what are traditionally perceived to be “male” roles, like Denise Crosby in Star Trek: The Next Generation, Roxann Dawson in Voyager, or Jewel Staite in Firefly.

Women are just as capable as men in any field. Yes there’s a bias in the sciences and engineering, and even filmmaking, where a disproportionate amount of people are male. And let’s not even talk about Gamergate.

I said we won’t talk about it.

Gender discrimination is an ugly thing. It shouldn’t exist at all save for the inadequate males who feel it has to be a thing to bolster their oh-so-fragile egos. But really, it shouldn’t. At all.

So, let’s bring this back to LEGO.

The Issue of LEGO and Gender

LEGO doesn’t discriminate. Whether you get a set with minifigs or minidolls, look at the gender distribution and you’ll find it’s as close to equal as possible. 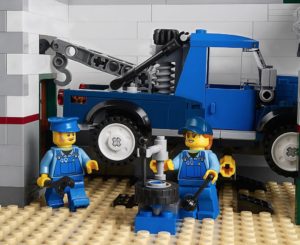 Jo. Not Joe. Jo – short for Josephine, I’d wager, and one of the minifigs working in that garage is a girl. Jo. She’s the boss. The guy’s the employee.

How’s that for challenging your gender stereotype?

There are loads of women scientists and engineers in this summer’s LEGO City space sets. Thinking back further, we had a policewoman in the Detective’s Office (10246) and a woman burglar in the Brick Bank (10251).

Can LEGO do more? Of course it can.

There’s a lot of stereotypes in other sets. Top of my head, I can think of the waitress in the Downtown Diner (10260), and the painter in the Parisian Restaurant (10243)

But, to paraphrase Shakespeare, the fault, dear reader, is not in LEGO, but in ourselves.

We have a bad habit for falling for stereotypes, and women have been viewed as inferior to men, both physically and intellectually, for millennia. It’s what you do when you want to control people. It’s only through the sheer determination of a handful of women a little over a hundred years ago, that women in the western world have rights at all. Look elsewhere. In far too many places, they’re still treated as chattel.

Woah, that was a depressing turn. But facts and facts. We shouldn’t sugarcoat them.

What Are You Playing With?

So what can we do?

Simple: Be as inclusive as you can within your entourage, and don’t limit your children’s imagination, wants and desires, because of a prejudice you might be having. As LEGO once so eloquently put it, “A lot of boys like dolls houses. They’re more human than spaceships. A lot of girls prefer spaceships. They’re more exciting than dolls houses.”

But if you’re going to dig your heals in, I’d argue, that LEGO is actually a pretty girlie toy. After all, you’re building houses and hospitals, vets and fairground attractions, handling essentially little dolls, changing their clothes, etc. You’re making doll houses and playing with dolls! Don’t you just feel the testosterone just – draining away?

Enjoy your playtime – whatever you’re building! 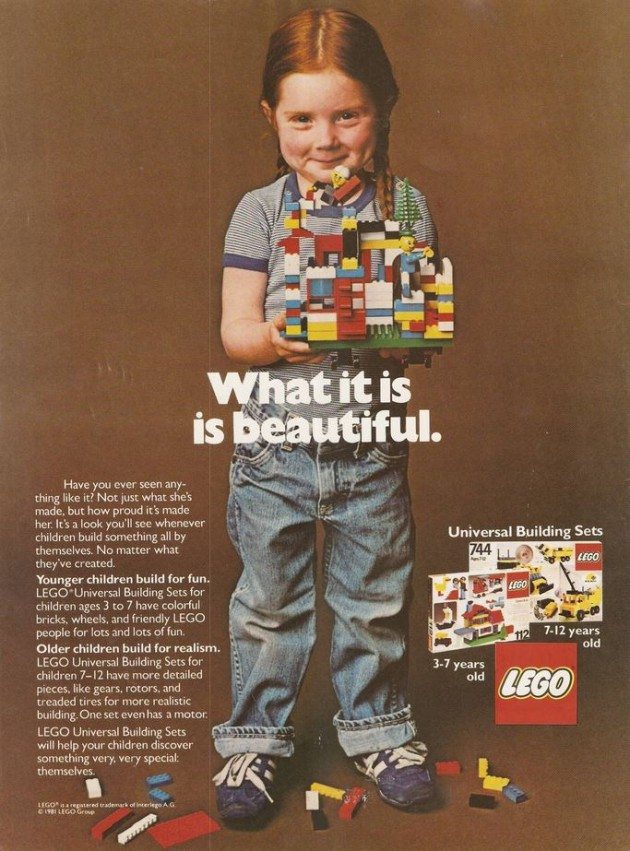