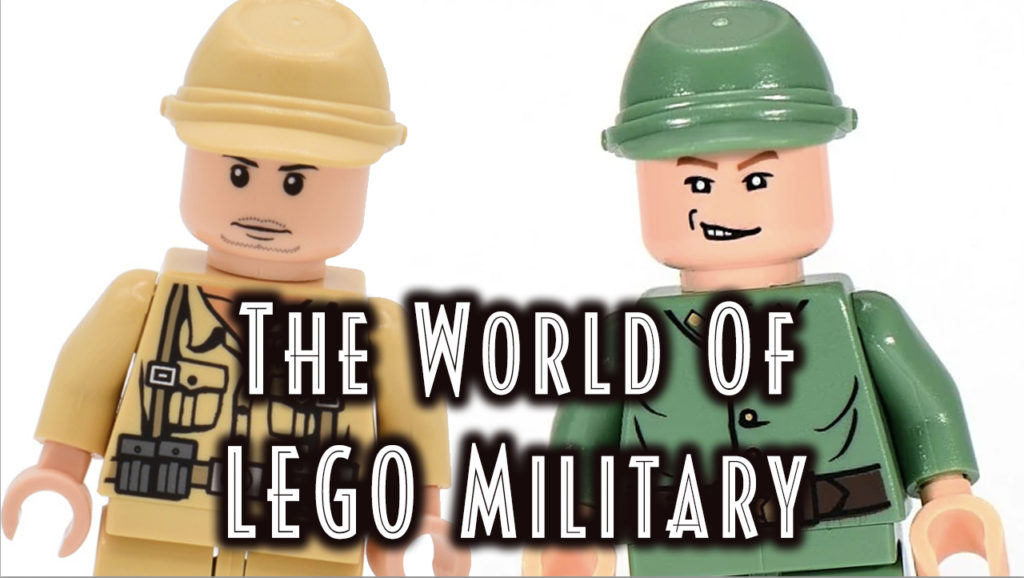 Hey everyone – it’s Tom here today, and today we are going to talk a little bit about LEGO’s relationship with military themed sets. For those of you who checked out my blog posts in the last few weeks, where we discussed third-party body armour and headgear offerings, you will have noticed that LEGO army sets are incredibly slim – leaving an assortment of third-party groups and companies to provide a host of different sets. But why is this the case? And can we ever expect to see military products from LEGO in the future? Well, we’re going to break that down in today’s blog post.

Without any further ado, let’s talk about LEGO’s stance on military. 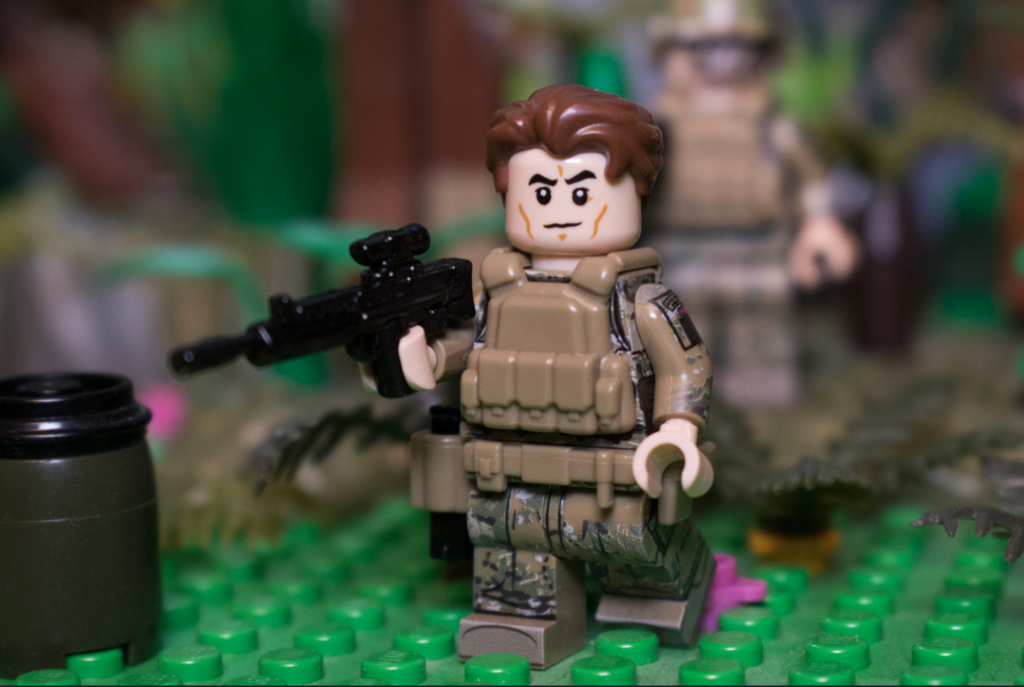 So, to kick off, it is worth looking at LEGO’s official stance – something which is explained within a 2010 Progress Report. I’d like to take a moment to link you to a similar article by ZME Science, who wrote up about why LEGO are not producing army sets, and included a link to this report, and the following statement:

“Guideline for weapons and conflict in LEGO experiences”

A large number of LEGO mini figures use weapons and are – assumedly – regularly being charged by each others’ weapons as part of children’s role play. In the LEGO Group, we acknowledge that conflict in play is especially prevalent among 4-9-year-old boys. An inner drive and a need to experiment with their own aggressive feelings in order to learn about other people’s aggressions exist in most children. This, in turn, enables them to handle and recognize conflict in non-play scenarios. As such, the LEGO Group sees conflict play as perfectly acceptable, and an integral part of children’s development.

We also acknowledge children’s well-proven ability to tell play from reality. However, to make sure to maintain the right balance between play and conflict, we have adhered to a set of unwritten rules for several years. In 2010, we have formalized these rules in a guideline for the use of conflict and weapons in LEGO products. The basic aim is to avoid realistic weapons and military equipment that children may recognize from hot spots around the world and to refrain from showing violent or frightening situations when communicating about LEGO products. At the same time, the purpose is for the LEGO brand not to be associated with issues that glorify conflicts and unethical or harmful behaviour.

“We have a strict policy regarding military models, and therefore, we do not produce tanks, helicopters, etc. While we always support the men and women who serve their country, we prefer to keep the play experiences we provide for children in the realm of fantasy.”

So, there we have it – LEGO are willing to make military-themed sets when they are set within a fictional manner. So, this explains how a few sets – particularly the Star Wars theme – can slip through the cracks and hit regular retail. Star Wars is arguably actually the best example of this, as not only do we get an assortment of Clone Troopers and Storm Troopers, but we also get an absolute ton of military-themed pieces – with some of the Rebel Trooper torso prints easily useable to create moderately realistic looking military minifigures.

Overall, this really highlights how Star Wars really is the strongest and most persistent exception here – providing us with our closest taste of a real military line. However, Star Wars is not the only time when we have seen sets which perhaps walk this line, as many other sets in the past have done so. We’re going to quickly breakdown three to see how sometimes LEGO do walk that fine line of military-themed sets. 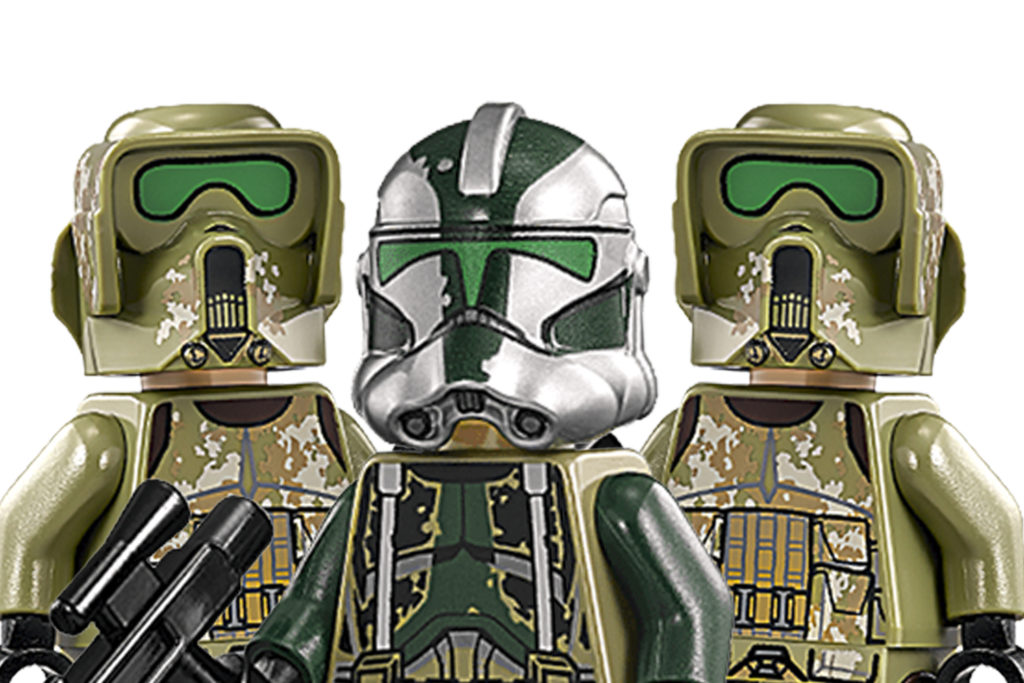 Our first example is 7595 – Army Men on Patrol. Now, I know what you are thinking from this title – confusing, right? It sounds exactly like it could be a group of Army Soldiers on patrol with a Humvee or a Jeep. And whilst that isn’t exactly wrong, the context of the set is incredibly important. 7595 is a Toy Story set which released all the way back in 2010 – and this set conveys four green army men who are on patrol with a Jeep.

This set gives us a tantalising taste of what a LEGO army set could be – complaining three infantry men, a medic, and a host of great military-themed accessories including backpacks, stretchers and more. This is a charming taste of what a LEGO military theme could be if it were to ever happen – and I think LEGO did a fantastic job of recreating the Green Army Men from Toy Story with this set. Whilst I have seen an assortment of different people use these minifigures for realistic soldiers, the bright green torsos here are a little bit garish and are not too realistic – allowing LEGO to get around that issue of ‘realism’ that they discussed in their prior statement seen above. 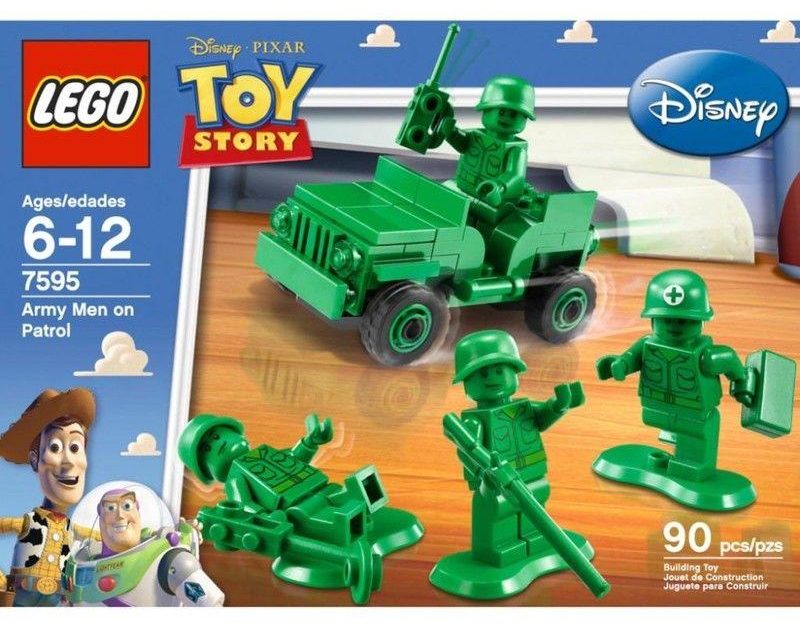 Race for the Stolen Treasure

Another fantastic army-themed set which has managed to slip through the LEGO cracks is 7622 – Race for the Stolen Treasure. This set has been incredibly popular with fans of military for years – purely because it provides such a wealth of military-themed minifigures and vehicles which are much more realistic than any of the points which we have discussed prior.

This set is from the initial Indiana Jones theme, which released in 2008, and explores the sequence from Raiders of the Lost Ark where Indiana Jones is pursuing a group of German soldiers as they attempt to escape with the Ark. These set looks at that famous chase sequence – and so, rightly, includes a military cargo truck and a jeep with a machine-gun turret, in addition to an assortment of historical German soldiers to man these vehicles and engage in battle with Indy. So, how does this set get around the realism boundary LEGO established for themselves?

Well, to sum it up simply – this set is historically themed, and so be a set which encourages children to learn and engage with history as opposed to just buying soldiers. LEGO could use this same reason to overcome any issues with the LEGO Indiana Jones line – producing over sets like 7683 Fight on the Flying Wing, which is another example of one of the few military sets LEGO got away with producing. 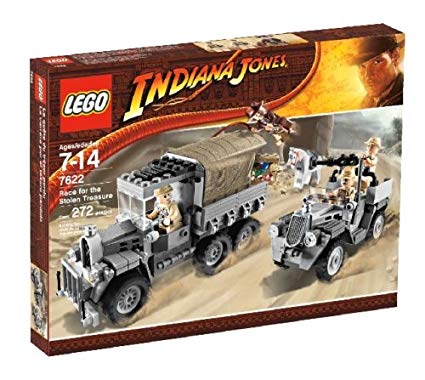 Lastly for today, we are going to look at a more recent set. 70161 Tremor Track Infiltration was released in 2014 under the Ultra Agents banner, and includes a couple of cool minifigures and a vehicle which almost resembles a tank with what looks like tank-treads and thick armoured plating. The key difference here, however, is the fists which are attached to the vehicle – providing an action feature and preventing the vehicle from fully resembling the tank it looks like it drew inspiration from. It is, however, easily possible that eager LEGO fans would be able to remove the arm function and build a turret up instead – allowing them to finally have a close-to-official LEGO Tank.

This is an incredibly interesting build – and is another fantastic example of how LEGO often straddles the line between militaristic realism, and creative liberty. I often find it interesting how the LEGO Designers jump into the challenge of creating military builds – showing that, perhaps, this is something which they would one day like the opportunity to dabble in too. 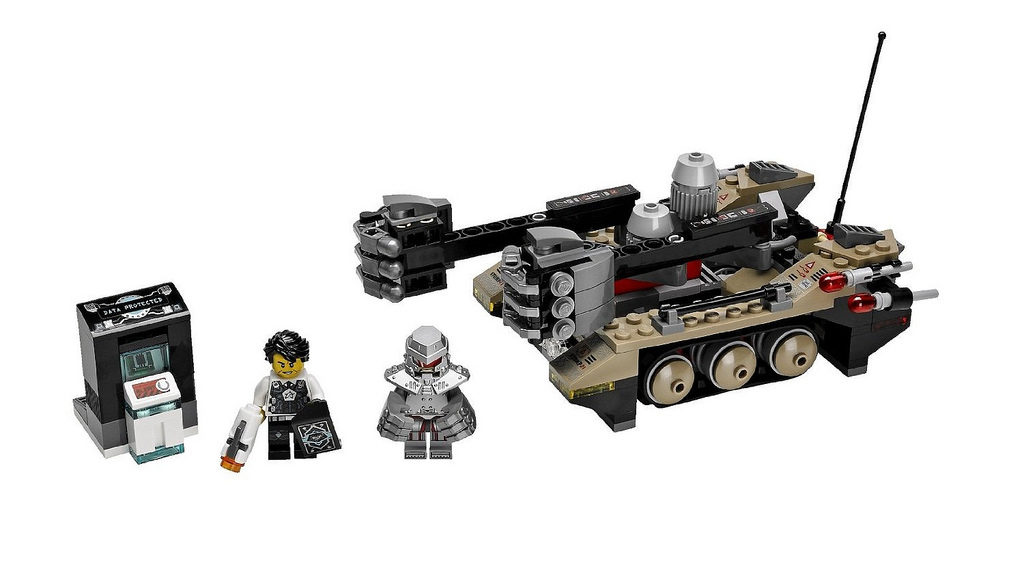 So, to conclude, even though we are never going to get a full-scale LEGO Military series, we have seen elements of army-themed sets in other licenses and under other brackets. These have always provided interesting opportunities for LEGO purists to create their own military figures – ensuring there is still some army element within the overall franchise. However, with LEGO tackling more and more adult themes – such as Overwatch and Stranger Things, it is not entirely beyond the realm of imagination that we could see LEGO military in the future as the company’s attitudes towards more adult themes begins to change.

For now, however, third party products are your best option – so make sure to go and check them out on https://www.firestartoys.com/ and share your favourite custom army minifigures with us!