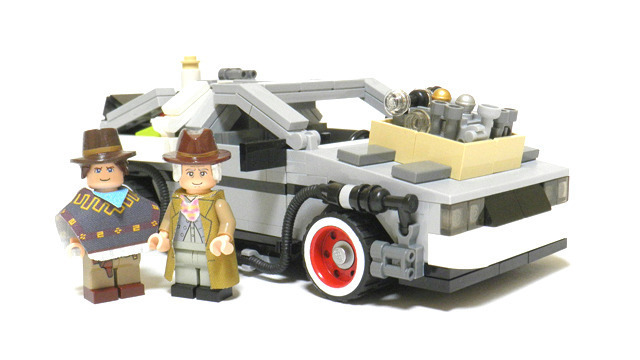 “You’re trying to tell me, you build a time machine out of LEGO?” This was the line that got me hooked when the LEGO Ideas set (formally known as Cuusoo) #21103, LEGO Back to the Future The DeLorean Time Machine, released back in 2013. Like most, I was excited to see what LEGO would do with this set, as success with Time Travel themes in the past had proven a disaster with LEGO. Take the “Time Cruisers” for example, would this prove any different?

So, as the approval in December of 2012 was given, it would only be a matter of time before we’d start seeing the teasers. We didn’t. Instead, it was available for purchase at the San Diego Comic-Con on July 18, 2013 before its general release on August 1st. Though the set has since been retired, there is still quite a following out there.

The designer of the original concept set was none-other than, m.togami and Sakuretsu, by all accounts a brilliant design team and given what these guys had envisioned, no-wonder it didn’t take long to reach the 10,000 votes required to make it possible. 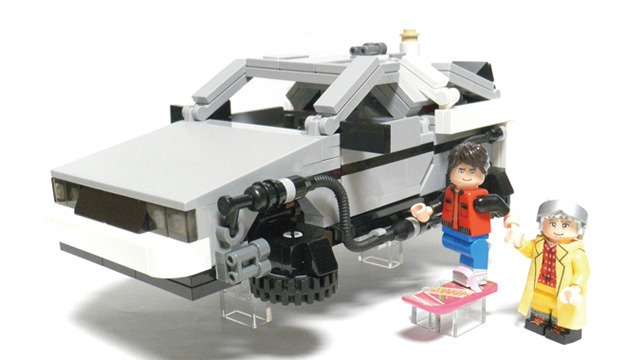 Unfortunately, that’s where the main problem arose. LEGO, in its haste to meet the market, left ‘teamwork’ out of this, and in doing so rushed the project and basically took control of what was finally produced. Of course, cutting corners, a few mistakes were made. A prime example was the misprinting the words on the flux capacitor brick, it read; “SHEILD EYES FROM LIGHT” when it should have spelled “shield”.

Note! To LEGO’s credit, they did offer a replacement piece after the initial release.

Also, the set did supply us with some original printed pieces we’d never seen before, like the two license plates, time circuits and the flux capacitor as seen in the photo. The mini-figures too, seemed well represented. You had Marty McFly in his 80’s outfit complete with his skateboard and Doc Emmett Brown in his white radiation suit. Though no helmet was supplied, both were well detailed and both had alternative faces to add to the play value. 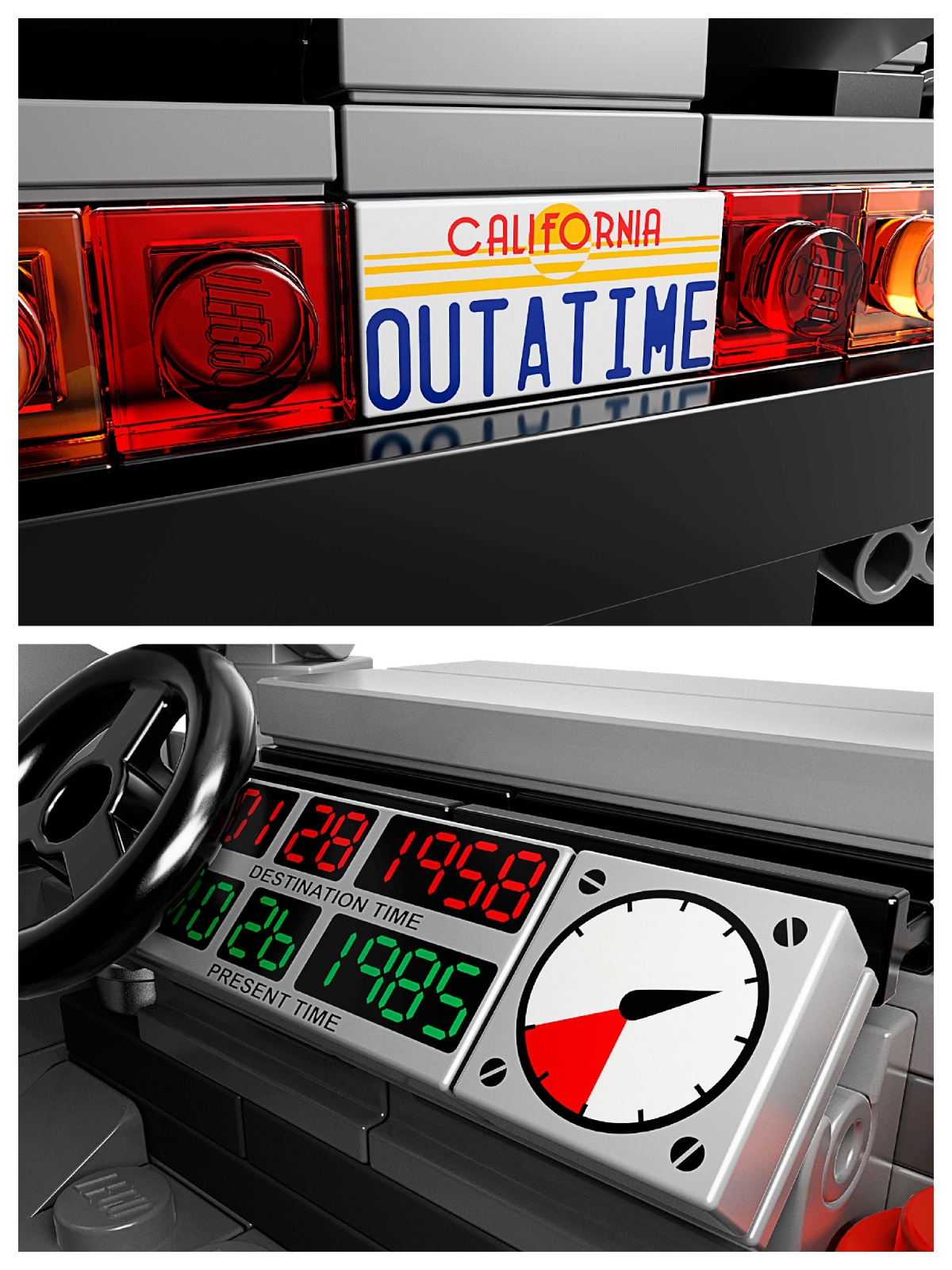 It’s a shame though that the yellow radiation suit wasn’t given, as this would have helped with some of the story. The line “Look Pa, he’s starting to mutate into human form?”, made my day all those years ago, when I first saw this movie.

But what most fans wanted to see was the car “The DeLorean” to be exact.

More than anything, it was LEGO’s design of this that probably caused the sets downfall, and destroyed any chance what could have been a great theme. 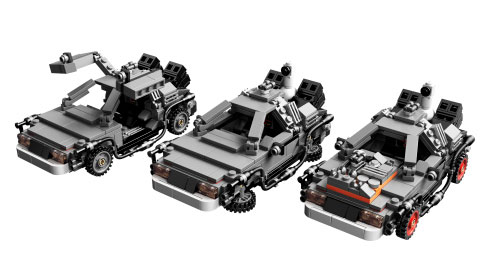 The box, to LEGO’s credit, wasn’t bad. It featured the Hill Valley clock tower being struck by lightning with a picture of the car on the front. It was not a large box by any means and that should have gave the game away of what the set consisted of. 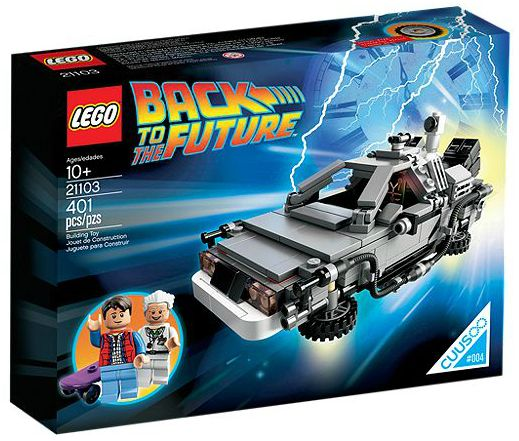 The book included instructions on how to build the various models and gave some history of how the movie and the model came about. It also had some information on Michael J. Fox’s foundation as all proceeds from the 2 designers (1%) were given to this to help find a cure for Parkinson’s.

A noble gesture, on their part, but what happened to LEGO’s keeping good with the fans’ wishes? 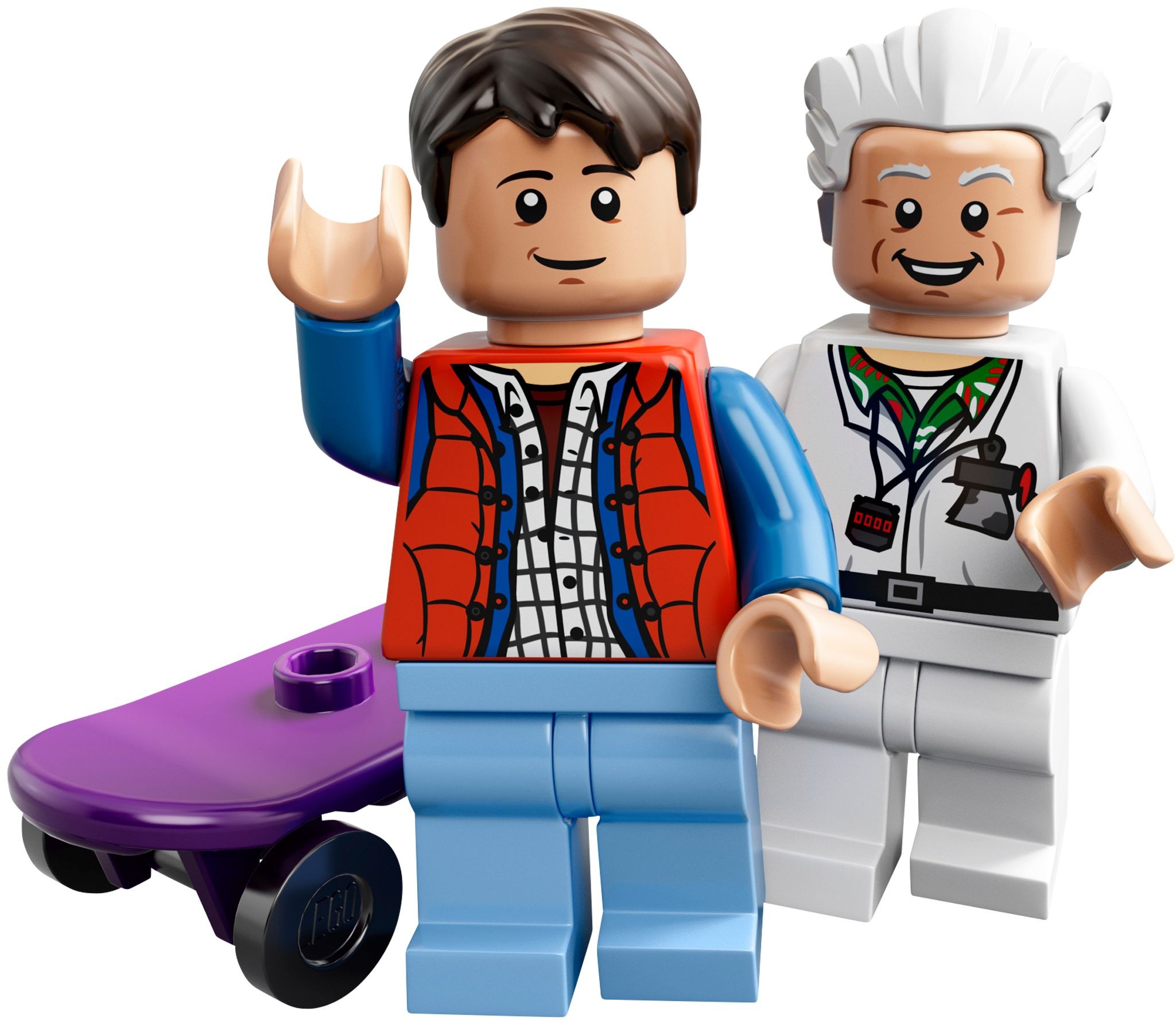 Now, I could go into a lot of details involving the set, and I could tell you that LEGO could see no other way of getting the three movie versions of this car into one set, other than the way they did, but I won’t. This is a lame excuse and has been discussed in far more harsher terms than mine, but in a nut shell.

Basically, they took a great idea and trashed it! The whole look of the front of the car was gone, and many, myself included, thought it was some kind of joke when we first saw it. Truthfully, it was the original concept that we signed up for, not this lame excuse the LEGO designers had envisioned. I mean, what where these guys thinking? The original look of the car was gone and apart from a few added features, it was nothing like the original.

As its release date got closer, we all thought that a better version would show up. After all, concepts do change from time to time. But no! This was the final design, and fans voiced their disapproval on more than one occasion.

Of course that doesn’t mean many didn’t buy it. On the contrary, they did! It was as if LEGO had thrown down the gauntlet, because when it finally did arrive, LEGO made their version, we’d make it better, as homage to the original creators. I could not believe that LEGO had blown such a great idea, not to mention trashed what would have been a great theme.

Later that year, LEGO tried to salvage this through the release of the Dimensions game, and even released two add-on sets to compliment this theme. One had Doc Brown with a little version of his train and the other came with Marty with his electric guitar, a detailed Hover board, and a small DeLorean. Still, it was no excuse for what they did to the car. This was just unforgivable, and still is. 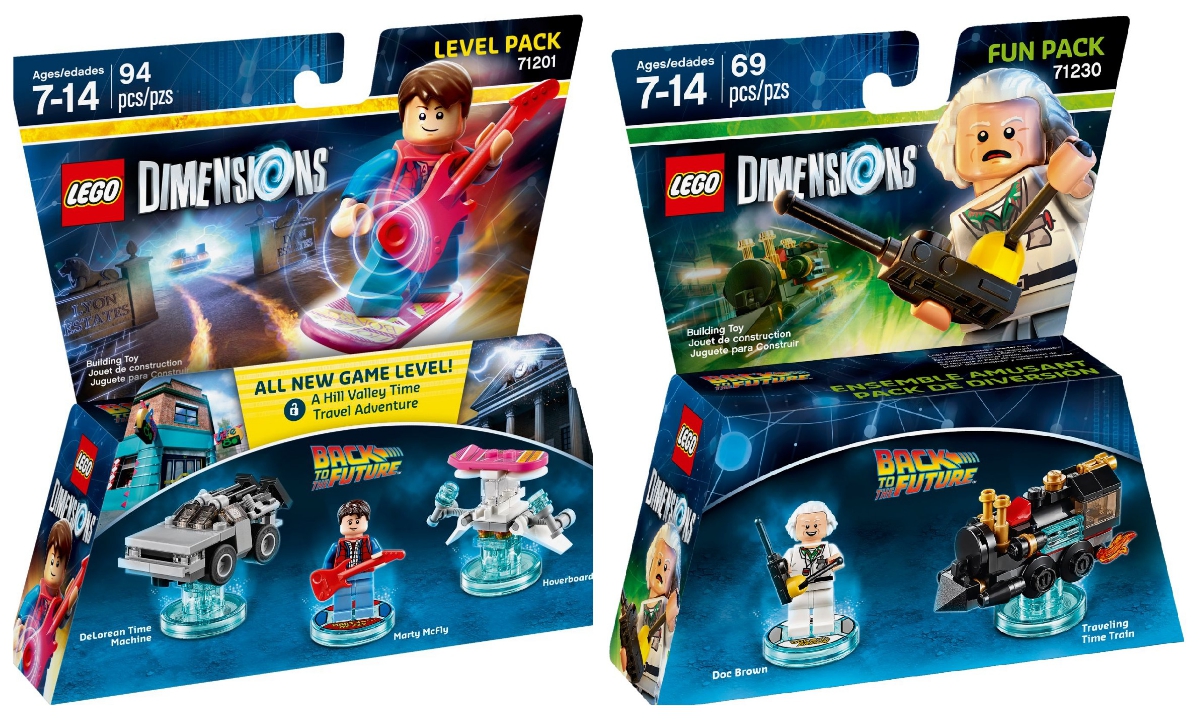 Although attempts to rectify this still show up from time to time on the internet.

This is the latest one is by a guy called PriorMarcus in May 13, 2018. It goes to show what could have been. And yes, this, too, contains all 3 cars. 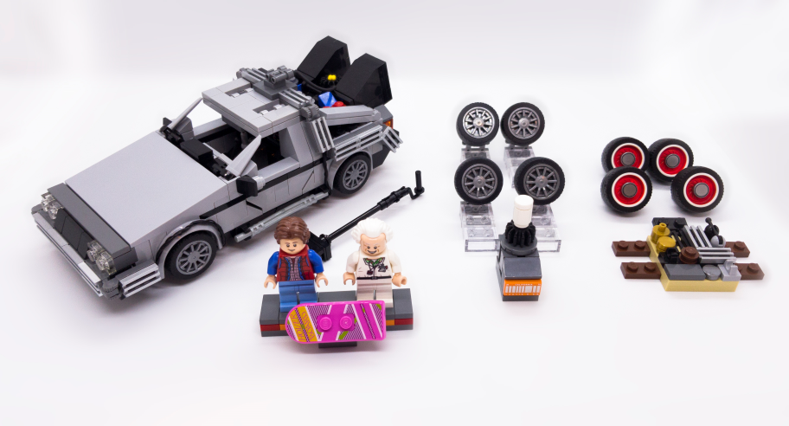 Other Concepts for this movie

The guys too, had more to say on this project, they even produced their own version for expanding into the other movies. Doc Brown’s train, for example, showed great promise, but was passed in as too did other examples from the movies. It was like LEGO had put this one in the “too hard” basket and given up. Shame on you!

This was also not the first time they had done something like this, but at least they learned something from it. You have to give the fans and supporters of these movies what they want. Imagine what would have happened if they had treated Star Wars like this?

I shudder to think, LEGO Back to the Future has something most themes don’t have and that is a story to fall back on. It also has a way of expanding the story to create future and past sets. If LEGO could just see past their ego and dollar signs, they’d see this. Star Wars has had its day and it’s time to set things right. 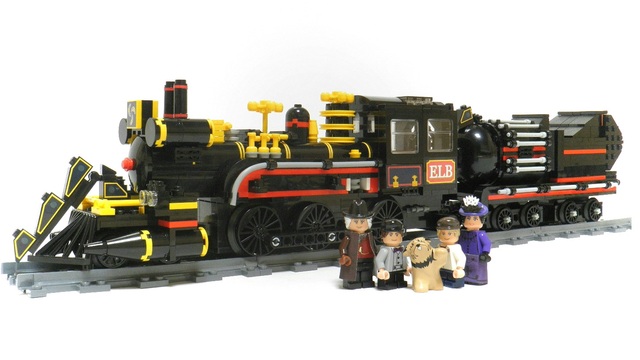 I’d like to see these looked at again. I’d like to see someone gave this theme the attention it deserves. As for material, you have three movies involving present day, past, future and alternative future, so pick one!

Even if LEGO makes one set from each, it would still amount to a great theme if done with care and attention. Just don’t excuse it for being in the too hard basket.

As Doc Brown said, “the future is what you make of it, so make it a good one!” 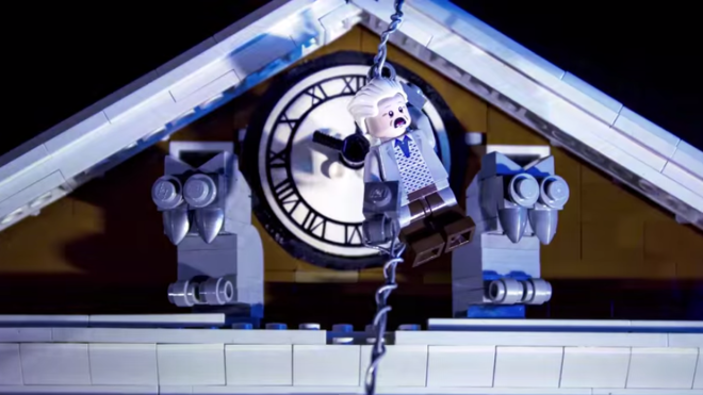