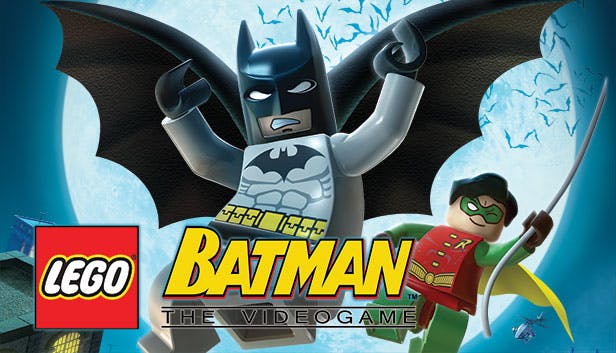 I’ve mentioned in my last post that gaming was a huge part of my childhood and I thought I’d touch on that a little bit more. When I was about 8-9 years old, I remember visiting a friend and seeing him play a PS2 game. It immediately made me want one so bad and when it was around Halloween, I got my very own system with one game (which is too embarrassing to name) and I was excited. Christmas came around after and as a gift, I got a 4mb memory card (which I still haven’t completely filled up to this day) and a copy of LEGO Batman: The Videogame.

While I’ve played many other games that I enjoyed more, LEGO Batman: The Videogame was the first one that I enjoyed and I have vivid recollections of playing with my brother in the story mode. With the 80th anniversary of Batman upon us (the same day as my birthday), I thought it would be fun to go back and review this game for you all in celebration of LEGO and Batman, and how both franchises have created ever-lasting memories for everyone. 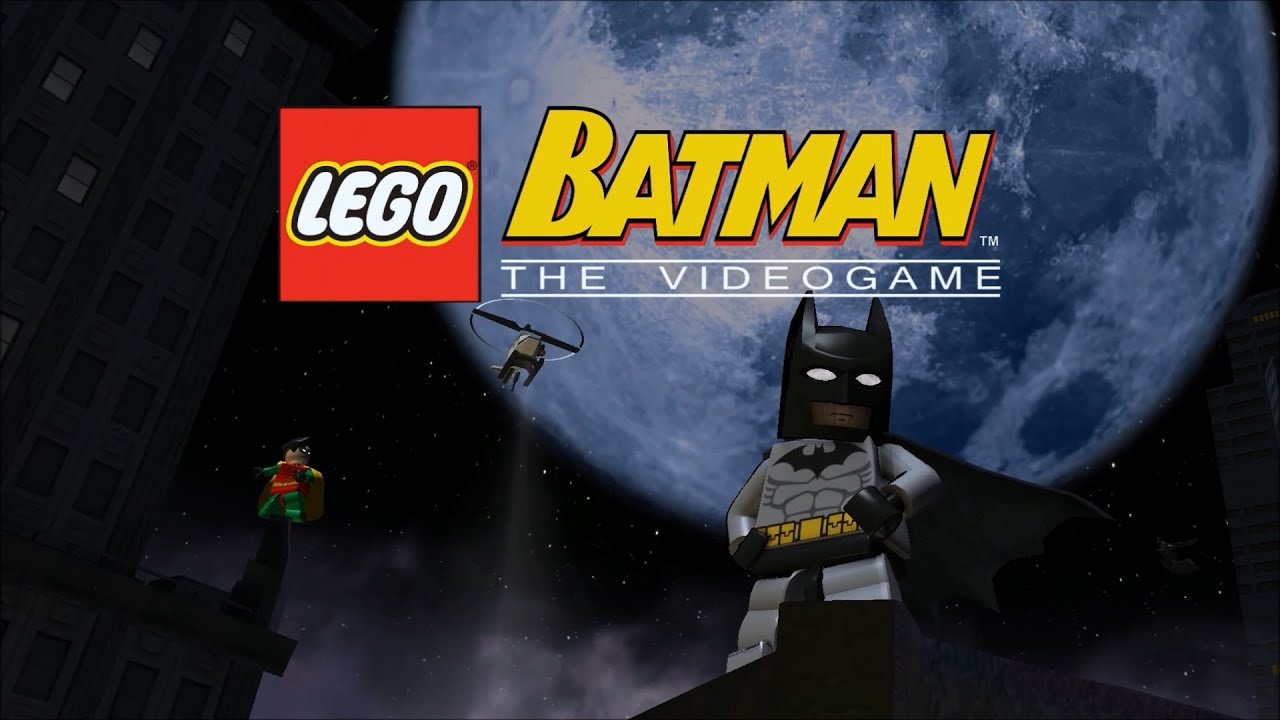 Now if you’ve played any LEGO game with an outside brand, you’ll be mostly familiar with how the game plays. You go through a story and explore through semi-linear levels, fighting enemies, building small builds to help you progress level, using special abilities exclusive to certain types of characters and finding hidden collectables and studs (the in-game currency) in every level. The story in LEGO Batman: The Videogame is that many of Batman’s adversaries have escaped Arkham and wreak havoc on the city.

The plot is split in three episodes with three groups composed of various Batman villains plotting a central scheme, one for The Riddler robbing Gotham’s central bank, The Penguin planting bombs all across the city to gain control, and Joker spreading his laughing gas to cause mayhem to the citizens. Each story is loosely connected and can be played at any time, allowing easy switchability if you ever want a break from one story. The overall plot is also notable for being the first time a LEGO game had an original concept instead of retelling a brands movie plot like in Star Wars or Indiana Jones. 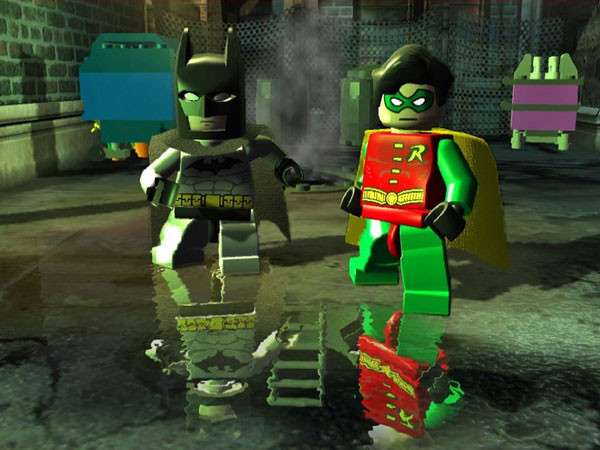 Every level follows a similar format, being set somewhere in the dark streets of Gotham and featuring puzzles blocking your progress, enemies waiting to take you down, and a boss at the end of every level, always being one of Batman’s many supervillain adversaries. Because of how repetitive the levels sound in description, certain areas are only accessible by different suits found in the levels and every boss is defeated in their own unique way, making each boss battle different from the other.

There are also vehicle-based levels that change up gameplay and consist of doing sets of task while defeating enemies being thrown at you and resulting with a boss battle unique to the vehicle being used. Unfortunately, there is only one vehicle-based level per episode and each has a different vehicle (Riddler’s episode being a car chase, Penguin’s a boat chase and Joker’s as an aerial fight). This defeats the purpose of the unlockable vehicles later on in the game as each type only has one level they can be used in and makes such a unique idea feel wasted in the grand scheme of things. 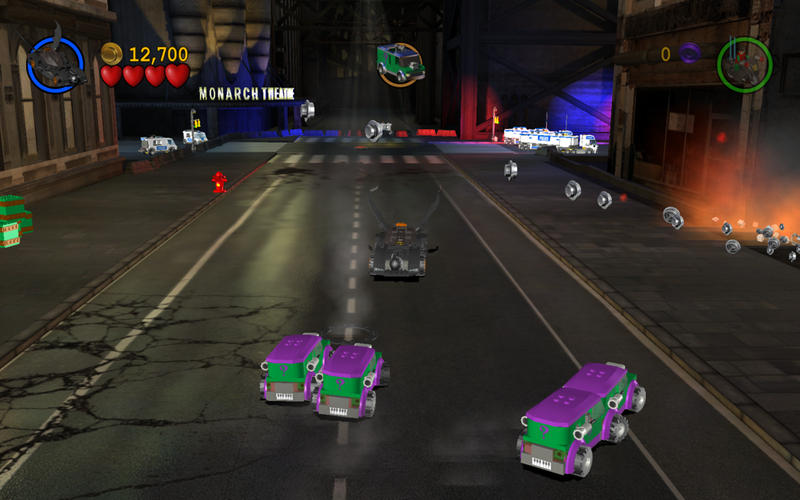 On to the actual gameplay itself, how exactly does it control and how fun is the game? I cannot speak for the PC or Xbox versions, but on PS2 it works surprisingly well. Every button feels placed in the right area and it’s easy to remember and get used to the controls. There isn’t any input lag like many PS2 games I’ve encountered so every button press activates its action immediately.

Level design is also cleverly crafted, with the layout giving the illusion of an open-world design but usually being very linear in playthrough. This is mostly achieved from having hidden areas in every corner and window and more enemy-heavy levels having a larger space to brawl in. Combat can be repetitive due to a single button acting as the only attack option, but it’s hardly noticeable due to the immersion of being Batman fighting all of these goons with ease, much like the comics and films have always portrayed him. 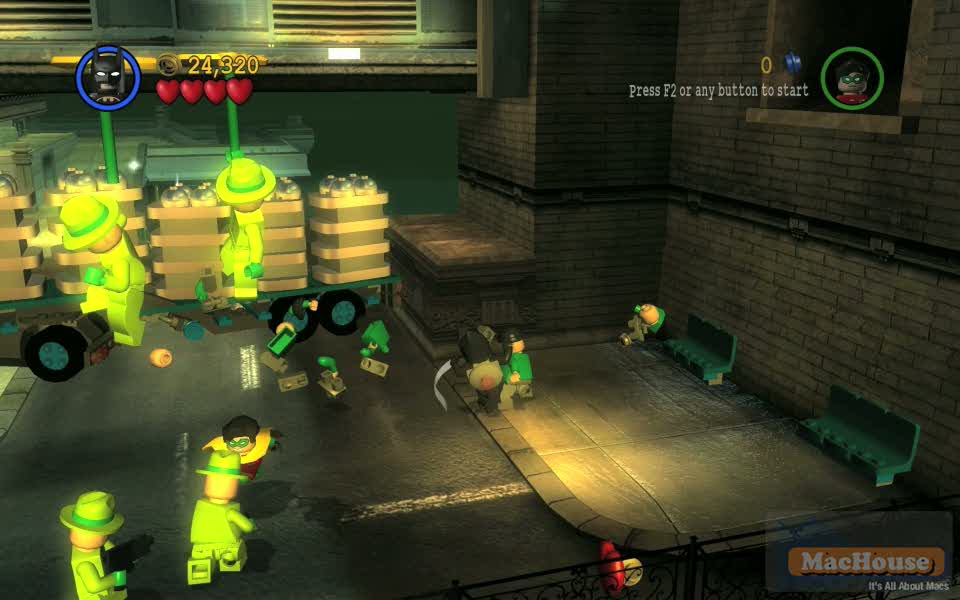 Visually, the game has an interesting aesthetic. The majority of levels are set in realistic backgrounds with only breakables and builds being the only LEGO set pieces. I always viewed this as a smart decision from Traveller’s Tales as it perfectly recreates the imagination of playing with LEGO, creating worlds that don’t exist and using LEGO to create only what is necessary to interact with. Game resolution isn’t the sharpest due to the PS2’s hardware limitations and many levels have very dark lighting to reflecting the ominous feel of Gotham which can create some annoyance for those with poorer eyesight, but overall the game looks way better than one might expect from a LEGO game in 2008. 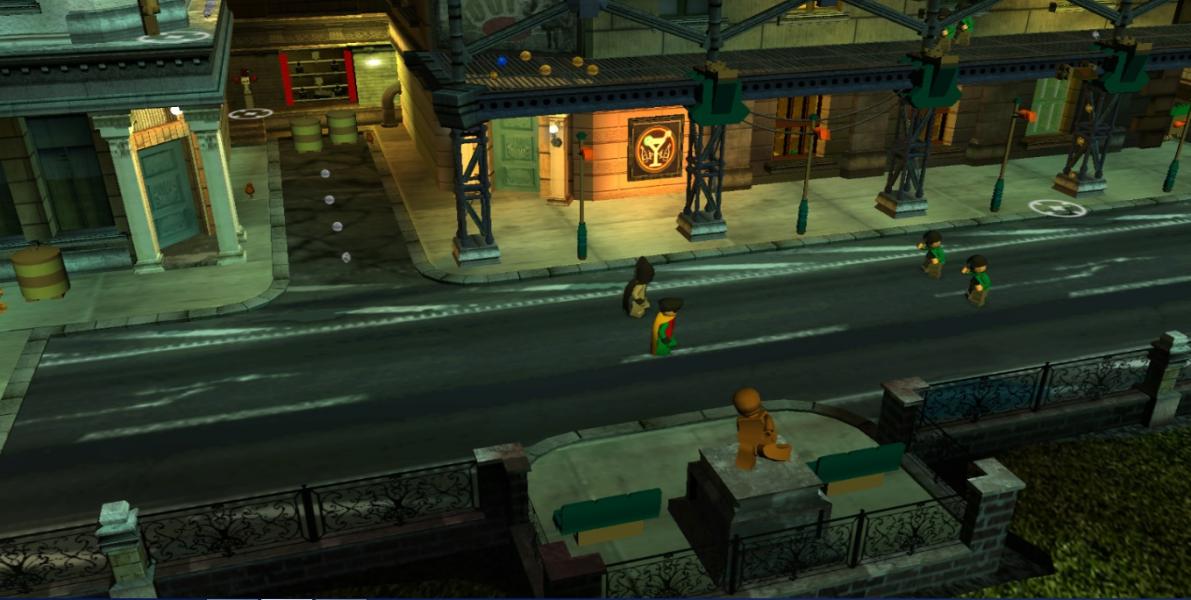 In the true spirit of LEGO’s limitless possibilities, the game has lots and lots of replay value. The completion of an episode unlocks an alternate storyline played from the villain’s point of view, accessable from Arkham Asylum itself, which is hidden within the Batcave. There are 30 levels overall (15 for heroes and 15 for villains) and each has 10 hidden LEGO canisters and 1 Red Brick, used to complete a mini LEGO build viewable in the Batcave and to unlock a powerup for use in free play.

Alongside this, every non-vehicle level has a hidden “hostage” which must be freed to unlock a hidden character. Almost every level has some collectables blocked behind a special breakable or an out-of-reach area, which can only be destroyed or reached by a character you must purchase or unlock. Free play is unlocked after the completion of any level and in this mode you can play as any character you want, making you want to revisit every level and find those missed secrets with your newfound characters.

If that wasn’t enough replayability either, getting a 100% in every level’s story mode unlocks a secret level for both heroes and villains, while rescuing every hostage and purchasing every data file unlocks two hidden characters purchasable in the Batcave. There are so many secrets hidden within the game that are never explained, making replaying every level and finding every secret rewarding and satisfying. 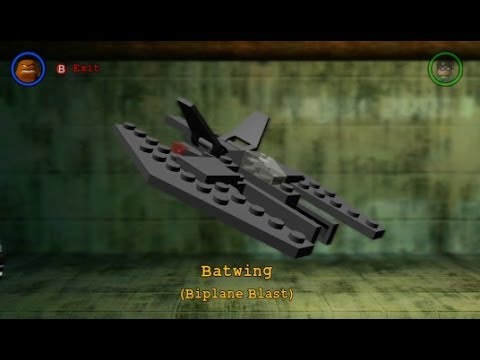 Overall, my experience with the game is relatively similar to my first playthrough all those years ago. LEGO games have this simplicity that many can make entertaining, but this game is a prime example of it done right. The humour in the story is clever and witty, the gameplay is enjoyable and rewarding, and there is an endless amount of replayability only limited by what you are willing to put into it. The game is a mirror of what playing with LEGO’s feels like, a fictional setting with incredible characters all set in the real world we live in.

Being one of the most influential LEGO games to ever release, there’s a reason it remains a celebrated game to date and has spawned two sequels, one spin-off and a fully-fledged movie based off of Batman’s LEGO universe. Many will say that LEGO Star Wars has the best LEGO games and I won’t argue with them since they are amazing games; but I will argue that LEGO Batman: The Videogame is one of the best LEGO games ever created and still holds that title to this day. Traveller’s Tales hit the jackpot with this one, and with it they would only refine the LEGO formula with each release after. 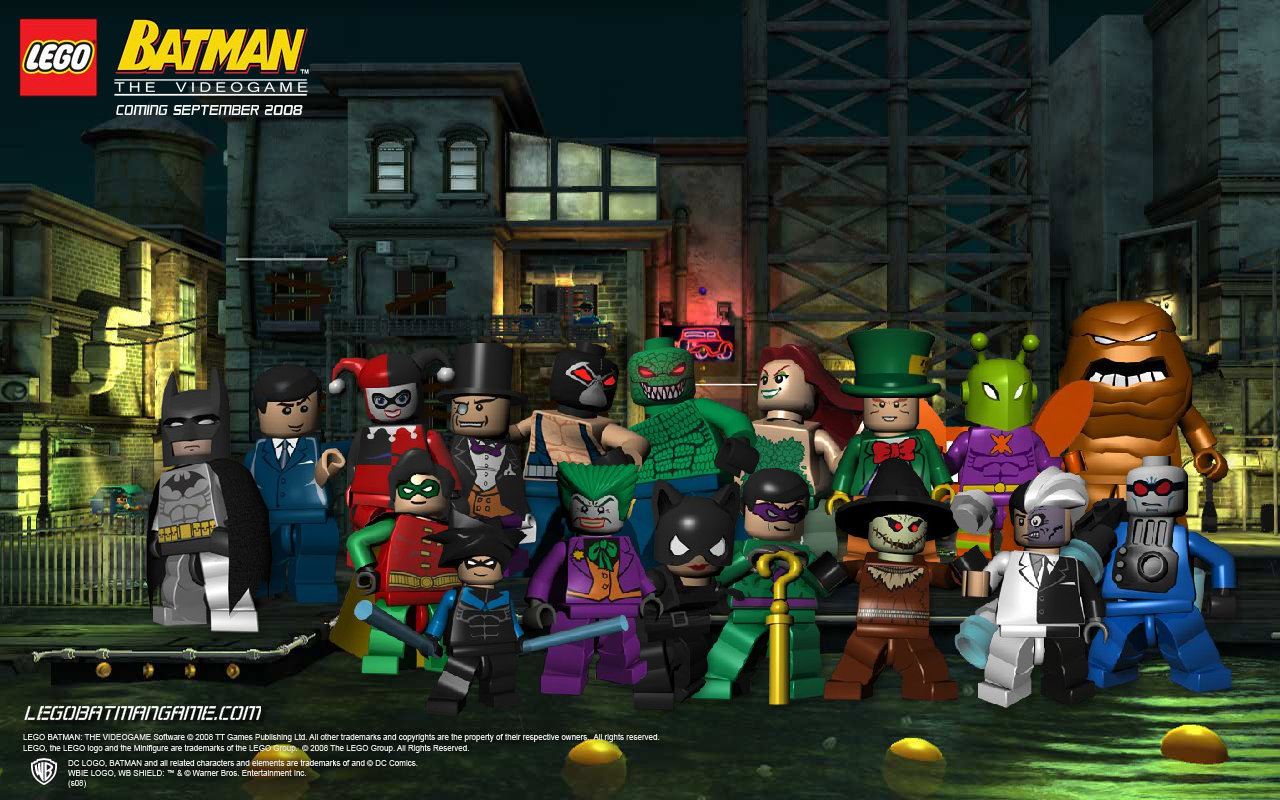 (As a final note, LEGO Batman: The Videogame and the two following sequels are available on the Epic Games store for free from now until the 26th, alongside the Arkham collection featuring three of the Arkham games. Both games can be found here and only require an epic account, which is free to create and allows you to keep all six games forever.)