I’ll start by saying, who doesn’t like LEGO custom builds? Is it a trick question?

Anyone who has ever watched their favourite movie or TV show growing up in whatever era you’re from, has, at one stage or another, at least attempted making something out LEGO after watching them, I know I have. Whether it be Kitt from Knight Rider, the APC from Aliens, Spinner from Blade Runner or the Colonial Viper from Galactica, they all have one thing in common: LEGO has never built them, therefore they are fair game to create and build, and I have nothing but admiration for anyone who takes on something like this. 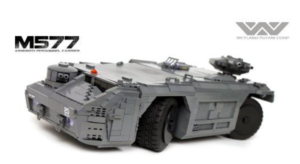 The bigger and more elaborate they are, the more custom builders are amazed of their craft. Therefore it was a very good day in 2008 when LEGO announced to the world that LEGO Ideas (formally known as CUUSOO) was finally giving LEGO builders a chance to turn their own creations into sets. Though I didn’t always agree with their voting decisions (I still don’t!), it was better than nothing.

And the winner is…

Past winners for example, have followed both movies & TV shows, though it is not just limited to that. In the TV and movie side of things, we’ve had Ghostbusters, Wall-E, Doctor Who, the Flintstones, Back to the Future and Tron, to name a few. More recently the Big Bang Theory and now Friends have made an appearance and I’m still awaiting votes on my old favourite, Seinfeld.

But for every winner there has to be a loser. And with LEGO ideas there are more than a few, even though many have made the 10,000 votes required, only 1 or 2 actually makes the cut each month. Still, this hasn’t stopped some builders to go out on their own, selling either complete sets like the Tardis from Doctor Who or the Spinner from Blade Runner. Both, might I add, were LEGO custom builds, and sold quite well. 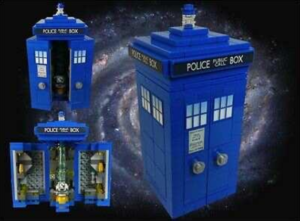 Though not every one takes this approach, some builders just end up selling the instructions which is probably the cheaper option, given the wide range of bricks required. Though I still prefer the finished set option, as getting the required amount of bricks can be an expensive exercise. Using the custom instructions for the sets can appear simple enough, but when you look at the building techniques behind it, you see where the real craft of putting something like this together lies. Surely it cannot be as easy as it looks?

Now, custom builds would not be complete without a custom figure, right? These, too, are highly sought after. Mostly because they are unique to the build and without them it would just appear to be just another set. Lucky for us, there are custom figure sites that exist  around the world doing just that. They sell either parts, figures, or both.

You have Bricklink, Brickowl and FireStar Toys, to name a few, all of which are geared up to either allow the builder to create  a custom figure or buy a pre-made one. Many offer discounts and some even allow you to come up with your own design of tiles and figures. 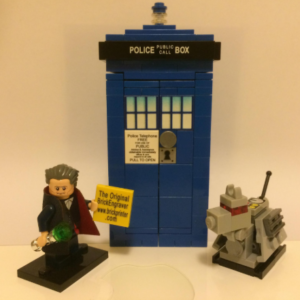 For example, when I bought a custom set of the Tardis a few years back, the stickers supplied weren’t that great. I had trouble from the start getting them cut to shape. I heard about a site called “Brick Printer”. They made me pre-printed tiles which made the model look more professional. Later on I also added a sound box which came in an old LEGO UFO set. Would you believe that after a bit of remodeling, I had my own custom Tardis complete with sound?

Now where to get the doctor?

I had seen various custom versions on eBay, some great, some not. It wasn’t until I read that FireStar Toys had managed to gets their hands on a custom Peter Capaldi that I settled on buying him. He was a great addition, and complemented my little set well. I can’t take credit for making this Tardis, though. The guy who made it, did a wonderful job. Mind you, it was short lived. As about 5 months later, the LEGO Ideas version showed up, and the custom Doctor Who set faded into LEGO history.

Some LEGO custom builds have a way of bringing out the creative thinking in the builder. Some builders even go to the extremes to build something that looks at times unbelievable. Take for example the following set: At 6.5 ft long, it’s the ship Serenity from the series Firefly, built by a guy called Adrian Drake in 2013. It’s incredible. The detail in this model has everything and although it was never made into an official set, many would love to see it. 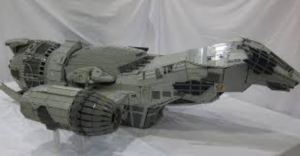 Other models, though not quite elaborate still can give you the wow factor when you see them. All you need is the idea of how to make it and of course where to start, not to mention a pile of the right kind of bricks. You see, creating LEGO custom builds isn’t that hard!

This is one example, the Spinner from the original Blade Runner movie. Small enough to be an official set and has just the right amount of detail. He even included a little minifigure of Decker, complete with a gun. What else could you want?

The set of course! 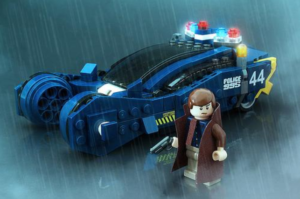 Which brings me to the reason why we haven’t seen sets like this in LEGO before. Quite simply, the designers at LEGO are sometimes bound by strict rules. Sometimes it involves copyright and sometimes it can be as simple as “it would be too impractical to make a set like that”. How would they sell it, and who would buy it?

If you want my opinion, they obviously ask the wrong people.

Same goes for designing the figures too. It basically comes down to what is popular and what pieces are available. Some LEGO pieces can be retired so even if you do have a good idea, it’s not that easy to put it into practice. It takes dedication and hard work, just ask the designers of these sets.

As for designing minifigures…

I’ve been a Harry Potter fan from way back, had all the sets, and yes, I’ll admit it, I loved the character Moaning Myrtle. I never understood why such an important and popular character like that was left out, and others were added. It seemed pointless to me. But that’s the powers at be at LEGO for you!

So I thought, “I’ve waited long enough to have this figure”. I was finally going to do something about it, and got various parts from one of the online stores.

I decided to use FireStar Toys as they had most of what I needed on my list. When designing a minifigure I usually split it into 6 parts: Hair, face, torso, legs, hands & of course the accessories. Just getting one of these wrong can spoil the whole look. Luckily, as previously mentioned, there are sites out there to help.

Believe it or not, Myrtle’s character is not that hard to make. Probably the hardest part is the face, reason being, there has not been a suitable one made that would suit. The closest one is that I came up with is that of a  fire star custom figure Harry Rotter. 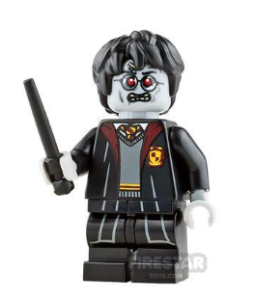 Next would be the hair. Closest would have to be either Dorothy (from Wizard of Oz) or the Zombie Cheerleader. I have opted for the cheerleader. I still need to get a few grey hands and colour the hair black, and possibly get rid of the red eyes. As you can see, it’s still a work in progress, but it’s getting there.

The idea behind this is that you give it a go, and hopefully send a message to the people at LEGO so one day they could make this figure. In the meantime, though, the object of the game is to keep building and coming up with better LEGO custom builds to be a winner one day. 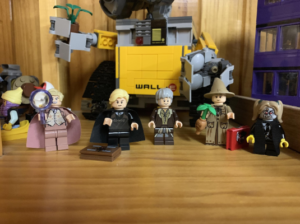