I was surfing the web, looking for some inspiration, when I came across some interesting titles. “LEGO sets its sights on a growing market: Stressed-out adults”, “New adult-targeted LEGO theme rumored”, “LEGOs are the Hottest New Toys for Adults” … which made me think about the way I look at LEGO in general, as well as my family. So today, I’d like to talk a bit about LEGO for adults.

I know that the LEGO Group doesn’t like people using “LEGO” as a descriptive word. They prefer LEGO sets, LEGO bricks or LEGO minifigures (and so on). Before I start, I want to clarify that just for this article, when I say LEGO, I mean all of their products.

How I look at LEGO

Needless to say, as a kid, LEGO was my favorite toy. It was expensive and scarce, so I treasured every single set my family can afford. My interest, even as a child, was based more on the minifigures. I created families, wrote stories for them, and played them out. The stories were happy ones, and so were the endings. The famous captain Red Beard was the grandfather, whose sons and daughters chose different paths. Some decided to be pirates like their father, some joined the army. The girls got married and lived on a ranch (those were the Paradisa minifigures). No matter what they did, they always kept in touch, and always got along well.

I was creating a perfect world. An impossible world. I don’t know if my tiny mind knew that, but I doubt it would care at the time.

As time passed, the bricks got left behind, and minifigures had more and more of the spotlight. Finding sets became even more impossible, and I only got a chance to buy a set once or twice a year. Still, my collection grew. 30 minifigures, 40, 50… They were kept in a tiny box most of the time, but I kept the stories as well, telling them to my dad every chance I got.

When I went away to college, I took them with me. I displayed them in a glass cabinet. Once, my dad visited me, and said “You’re all grown up now. Why are you still playing with toys?” I told him I wasn’t playing with them; I was collecting them.

How my father looks at LEGO

While it may be normal for most adults to ask the question my dad asked me, it was really unusual for him. You see, he has been into games and toys as long as I could remember. Our house has always been a treasure cove of toys and games. Some were part of my parents’ collection; some were bought for me to play with even before I was born. Even so, he had the need to ask me that. Once the matter was cleared, he started treating them differently – though not immediately.

I remember when the first edition of “The LEGO Book” was published, I wanted to get it. My dad thought it was a bad idea (this is coming from a man who has over 10,000 books in his house, mind you). To avoid further argument, I didn’t buy it at the time. Instead, I went to the bookstore by myself a few days later and got it without telling him. He wasn’t very happy about it, but it was done, there was nothing to say. 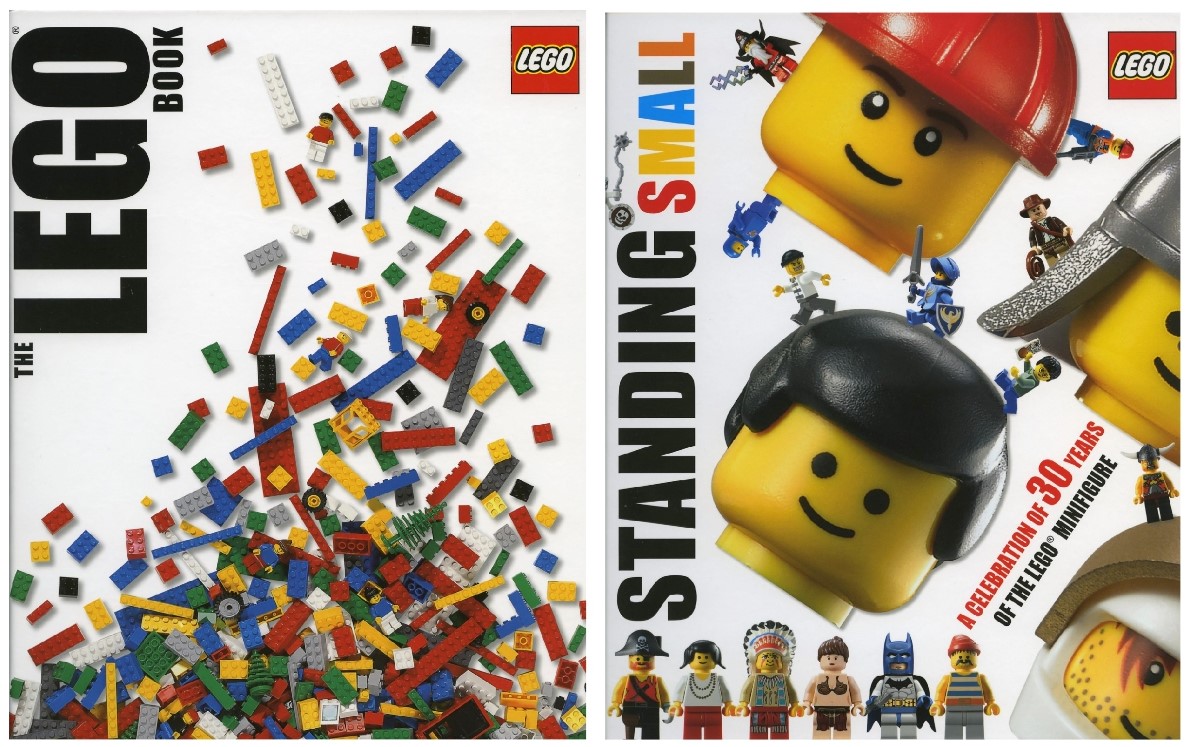 As we looked at it together, he realized how wrong he was. There was so much information about LEGO in the book, not to mention the “Standing Small” book that came with it. I told him about some of the things I already knew, which, at the time, was really little. Even so, he was shocked at my knowledge of the minifigures. What was more shocking was my knowledge on the ones I didn’t have. I mean, I’ve spent countless hours as a child looking through the catalogs, dreaming about what I would do if I had them. Of course I knew who was who!

That happened about 10 years ago. Since then, LEGO has become our collection, not just mine. I collected minifigures, while my dad set his eye on 2×2 bricks – one of every color that has been produced. I may or may not have started him on collecting 1×1 and 1×2 bricks as well. What? Some colors aren’t available for 2x2s!

Then, about six years ago, I discovered this place called “Instagram”. I had just quit my job and had nothing to do. My best friend at the time kept telling me about it. “You take pictures of your cat” she said. “Publish them there like others do. It’ll keep you busy!” Finally, I caved.

Man, was I glad I did! Soon after, I discovered there was a huge community of LEGO-lovers. I looked at the beautiful pictures they took, and wanted to do it myself. So for the first time in years, my minifigures left their baseplates and posed for the little scenes I made for them.

As I got to know the other photographers and collectors, I realized something. Many of them were adults, and playing with LEGO, no less! Sure, there were kids and teenagers, too, but there were a lot of people my age as well – and some even older than me! Now, my realization of this may sound absurd to you, but being someone who had to hide her interest in LEGO for all her life, finding this out was truly extraordinary.

My family hasn’t always been open-minded about LEGO. Even today, I can see the “You’re an adult! It’s a toy!” look in their eyes when I talk about my collection. I have a close friend who insists on me selling my 900+ minifigure collection, a boyfriend who only listens to me talk about LEGO because of his respect for me, and a kid who gets crazy about every new part and minifigure I get. Out of five, only one is excited about LEGO except me.

There is only one word to explain their approach to LEGO: Ignorance.

Yes, LEGO is a toy. But it isn’t JUST a toy. Think about the beautifully designed sets, the small details on them. Think about the amazing minifigures, getting better with each year. Better yet, think about the accessories they make. Whoever sees my little toolbox of accessories, can’t refrain from saying “Whoa!” LEGO may have been mostly about bricks and minifigures when it began, but now it’s so much more.

And it can be used as so much more, too. I remember reading something about LEGO being used in retirement homes. One would read the instructions, one would find the bricks, and one would build the model. It’s great for socializing and teamwork, but also to keep the mind busy. And of course, what you get in the end is beautiful, and something to be proud of.

I know from my dad that one of the things the elderly is most afraid of is feeling useless. Now tell me, who would feel like that after building, say, the Lunar Lander, or the Tree House, or any LEGO set, for that matter?

It’s not new for some people. After all, the LEGO community on Instagram, whether they’re photographers or collectors, already buy LEGO. They create cities as big as a room, or set scenes as small as an 8×8 plate, and share their creations. They use it to escape their every day life, or as a part of their profession. Those people already know how good LEGO is for many things.

It’s the ones who don’t know that need to be informed.

So, after all said and done, I think it’s those people the LEGO Group is really targeting. Just like LEGO Friends who targets “girls”, they will make sets who targets “adults”, who only think of LEGO as a toy.

In other words, the LEGO Group has set out to educate the ignorant.

Please don’t take my words the wrong way. I’m not belittling anyone when I say “ignorant”. Their ignorance is only towards LEGO, and how it can be used for many things other than being a toy. If you’re here, reading this, it means you’re already among the “enlightened”. Who knows, maybe you have struggled and fought for what you love, as a child or as an adult. While single attempts do matter, I think the LEGO Group’s attempt to widen their audience will change a lot of views towards their products.

What do you think? 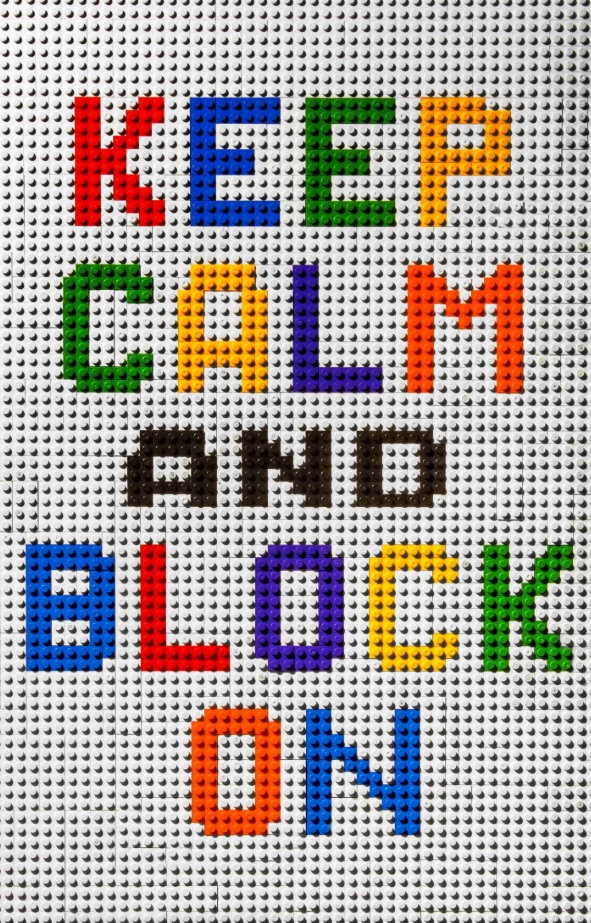 Images of Red Beard, his children (!) and the book covers are from Brickset

Which LEGO Hulkbuster is the Best: The Ultimate Showdown!