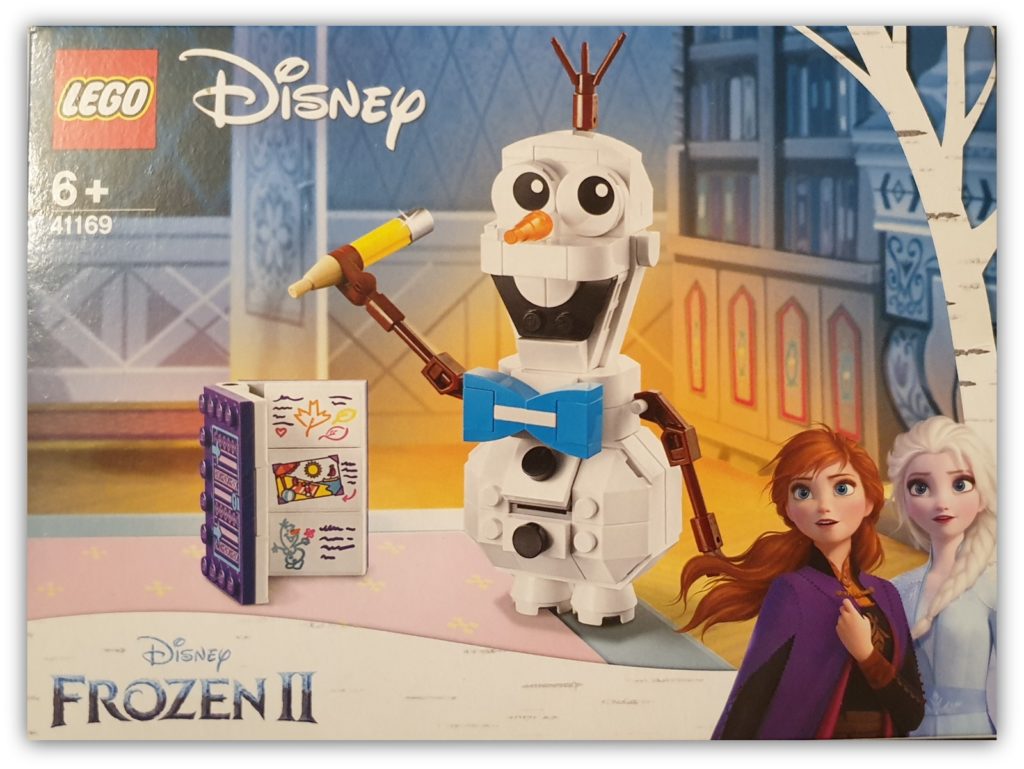 As we get closer to Christmas, having sets that link to the festive season makes sense; and with films like Frozen being released, this makes life a little easier for toy manufacturers everywhere. I bought the set 41169 Frozen II Buildable Olaf because it looked like a fun little build and could have the potential for toy photography later.

I haven’t seen the new film so this review is based on the set and not how it may link to the film. I’ve used quotes from the original film for the headers. 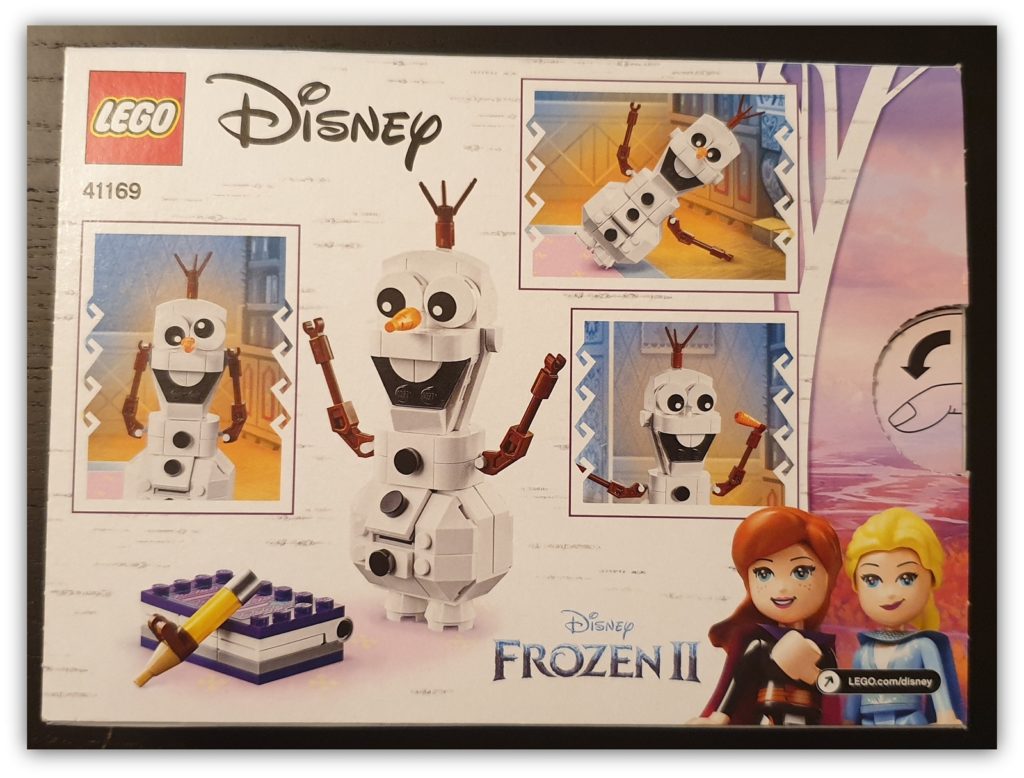 Unusually perhaps, I’d like to start with the box itself. The front has Olaf as well as Anna and Elsa on it, with Anna and Elsa as they appear in the film. I’m still not sure why there was a need to include the Silver Birch on the front cover though. On the reverse though I like the LEGO touch of including mini-doll versions of these two characters!

It doesn’t have to be a snowman 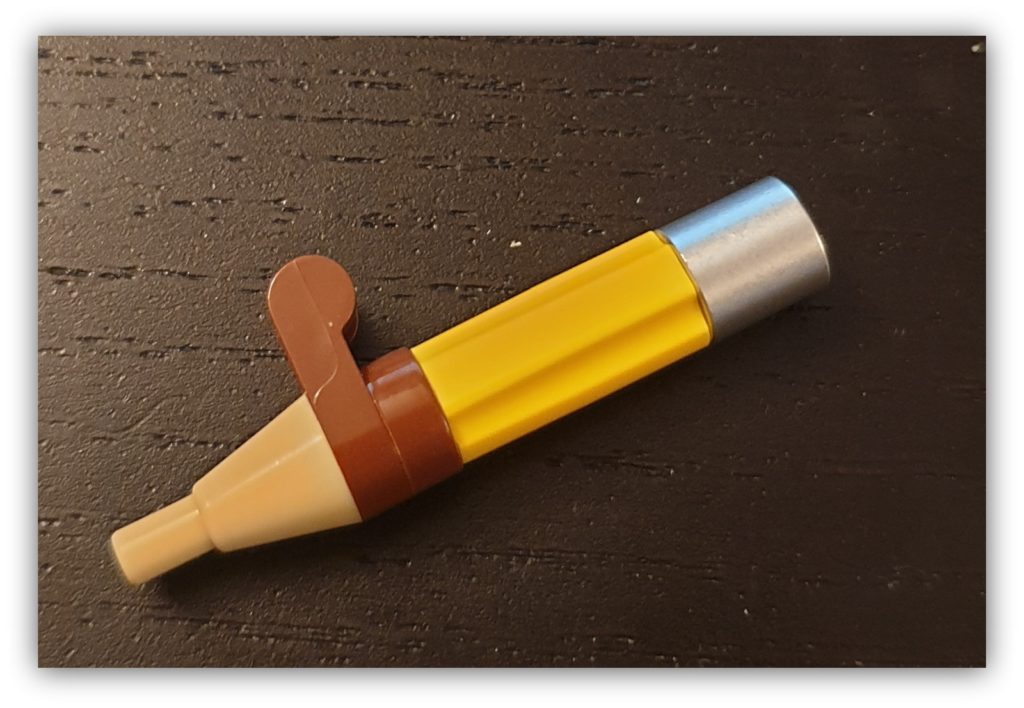 The build itself is effectively in three parts; Olaf’s journal, the pencil and Olaf himself. So, let’s start with the pencil.

Although it is made of just six parts, I think this is such a brilliant recreation of a pencil. The brown parts are Olaf’s hand (spoiler!) when joined to the figure, but what I do like is that the yellow part makes the whole pencil look like it has been used and sharpened many times. I guess it would have been nice to have the ice-cream cone part printed in two colours, but it isn’t necessary and would probably be overlooked in the grander scheme.

I recommend we remove all magic

The journal is the first part that is built in this set (I just loved the pencil!). This is a ten-part construction, with two flat 2×2 tiles with studs rather than recesses. The build is relatively simple. It is then finished with five stickers. The sticker with Olaf’s name has a border so would look odd if not placed correctly; the three other internal stickers are borderless, which means if they were placed at an angle it wouldn’t look too unusual. Given that the outside sticker is to be placed on the flat part of the 6×4 plate I would have liked the sticker to be larger; it would enable a younger builder to use the studs as a guide to placing this sticker. As you can see from the image above, I used the top studs for this purpose. 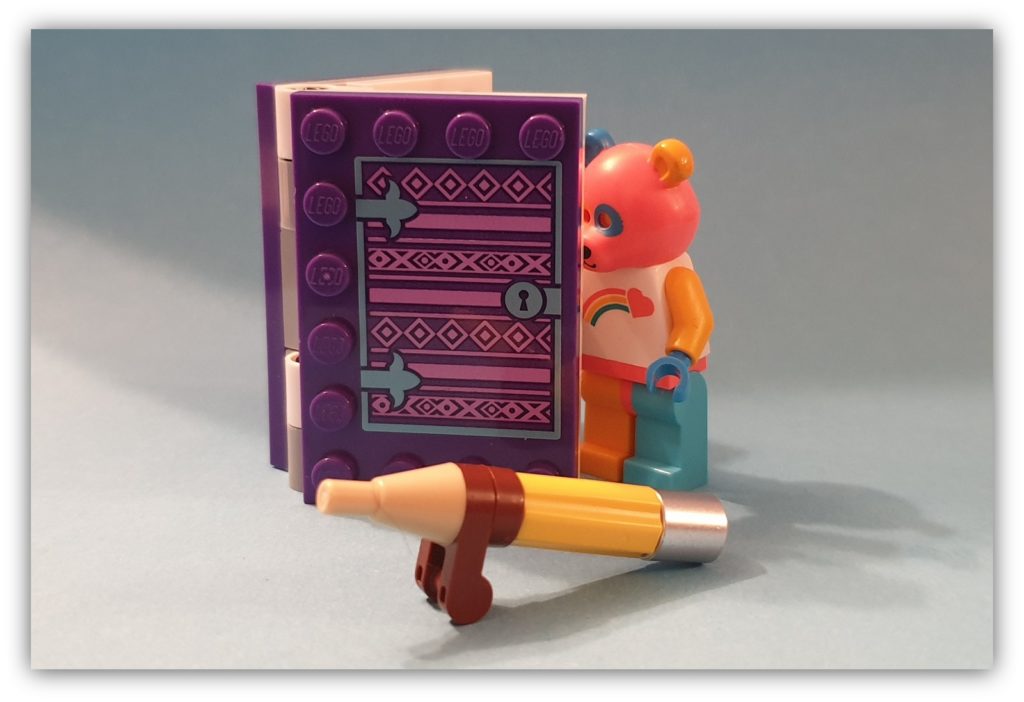 Just to offer a sense of scale, I took a photo of the journal and the pencil with my “Bear Costume Guy” for scale. I’m not sure what he found so interesting in that journal though!

I’m not going to go into the build in any detail; some things are just there to be enjoyed. But it is a fun build, especially the construction of Olaf’s head. The build itself is in three parts; the main body and legs; an upper chest and arms and finally the head. I do like the way that the middle “coal button” is placed at an angle!

Once you’ve built Olaf you can choose whether to go “old school” or not with the inclusion of a neat little bow tie (I checked IMDB; all the images of Olaf didn’t have the bow tie). What I did realise once I’d built the set was that whilst you can raise or lower the arms, they don’t have 360-degree movement. At the time of writing I’m still thinking about what I would need to do to enable that; it would certainly introduce greater play (cough, photographing!) potential. 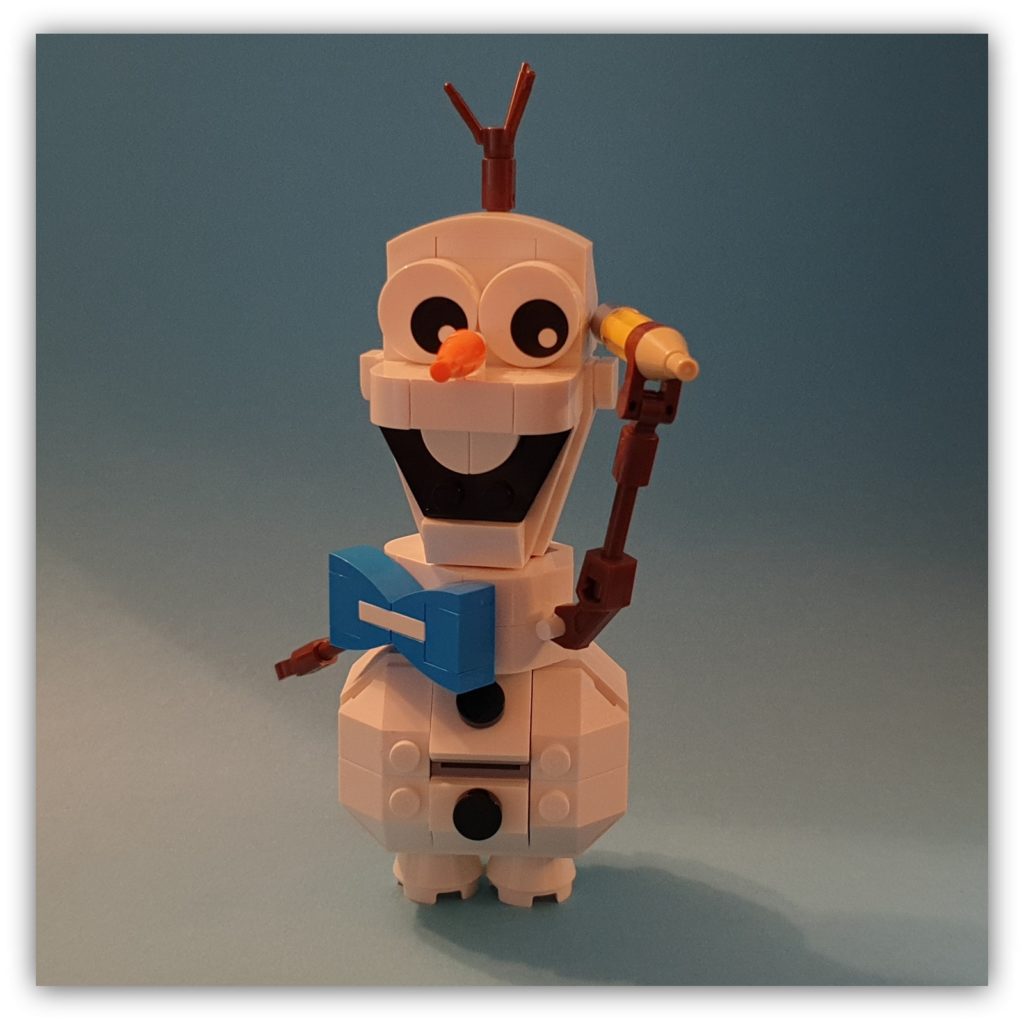 If you are looking to include a snowman into your display, this is a fun little build. It’s also a lovely addition if you have someone who is Frozen obsessed. I enjoyed building the Frozen II Buildable Olaf, and whilst there were stickers these were all contained to a single part of the set which can be set aside and not displayed if your abilities to put stickers on straight aren’t your forte! 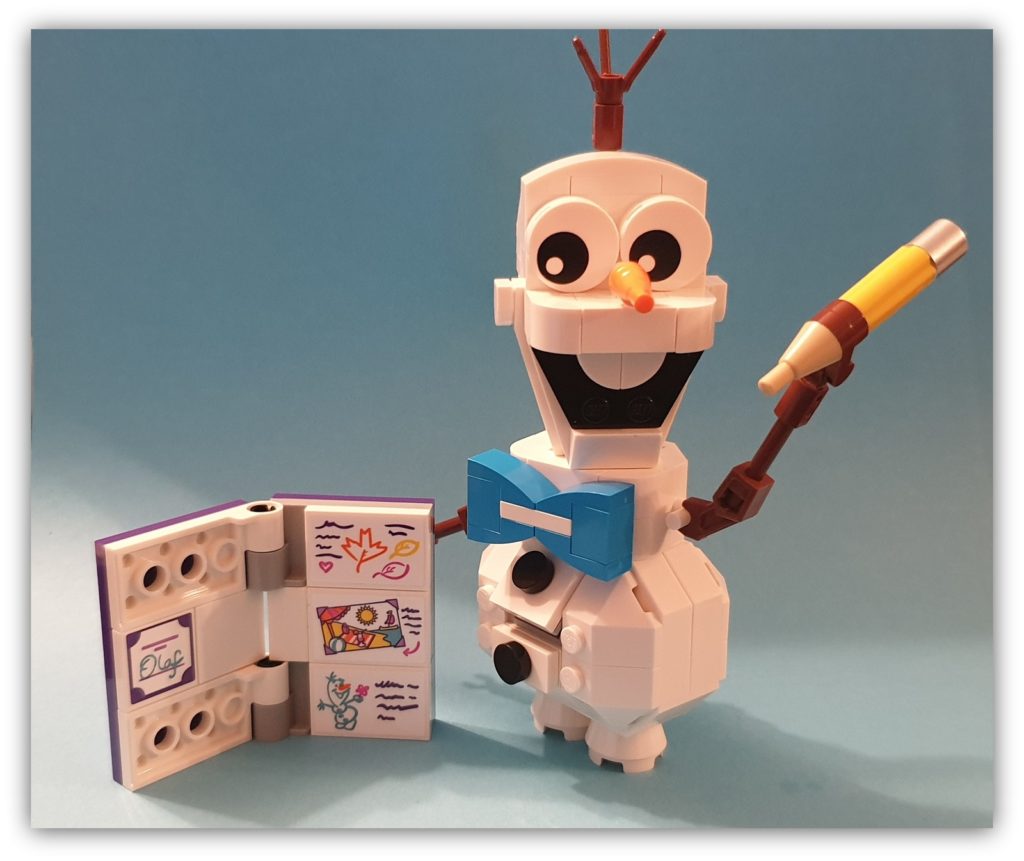