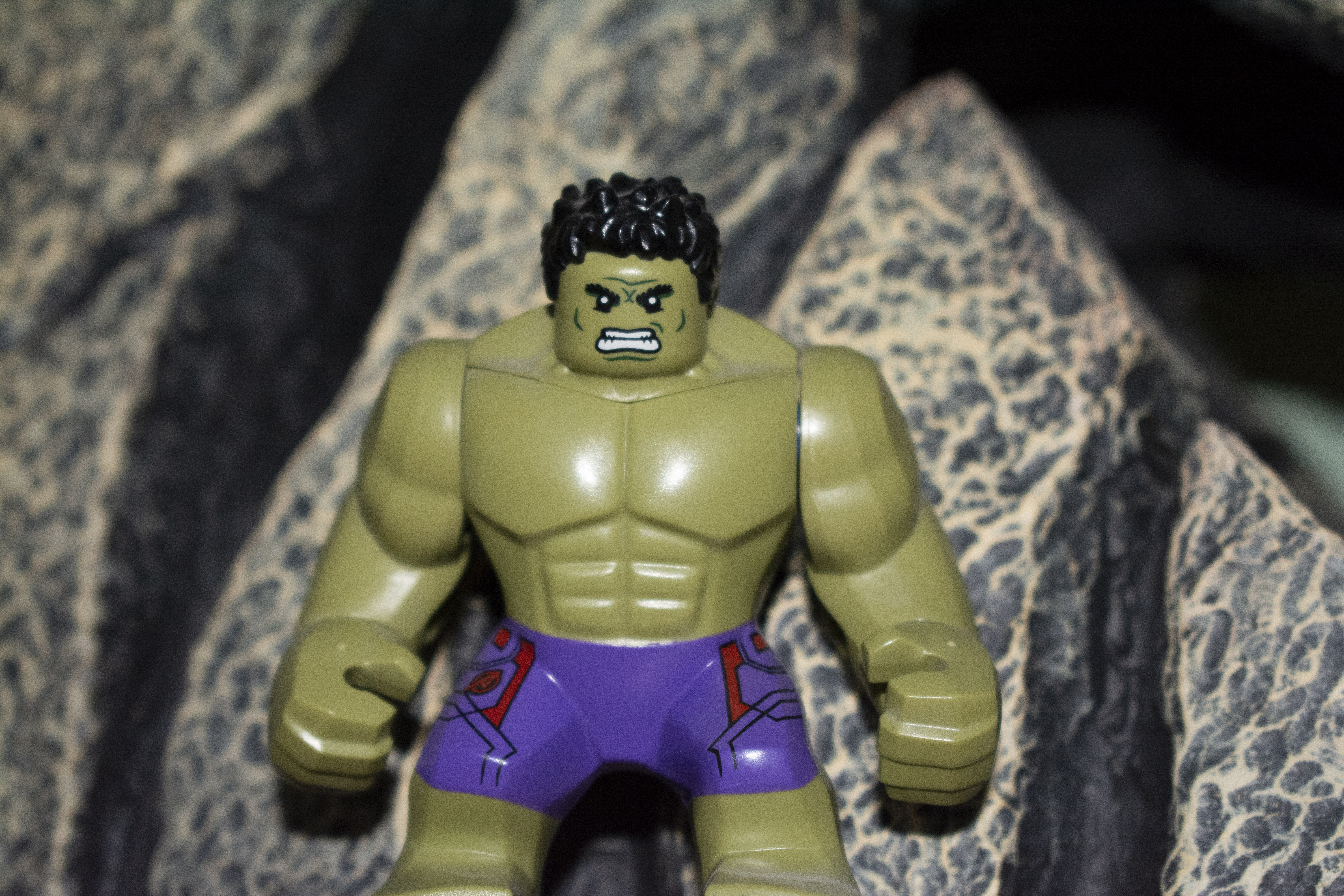 Whether you love them or hate them, it’s fair to say that the concept of ‘Big Figs’ has now become an integral part of the way that LEGO tackles different themes and characters, whether they be from licensed properties or from LEGO’s own IPs. Recent lines – such as the LEGO Overwatch line – practically depend on big figures to communicate some of the key characters who appear across the licenses. There is one key character who led to Big Figs becoming such a popular addition across multiple LEGO lines, and since he is one of the more iconic superhero (at times) characters within the Marvel world, it felt appropriate that I claim this lovely topic and guide you through the LEGO Marvel world once more.

So, today we are going to be breaking down the LEGO sets which you can find The Incredible Hulk in. Now, a word of warning before we get fully into this. Over the course of LEGO’s run with the Marvel license, the Hulk has popped up in several different places, so there are a lot more sets to look at then you may expect! 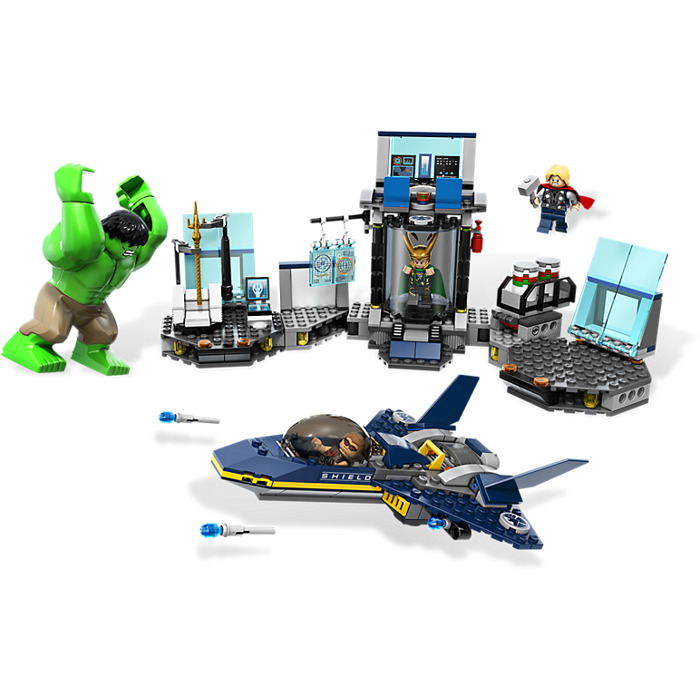 “They really think putting me in a submarine is a good idea? Oh. This…. this is much worse.”

The 2012 LEGO Avengers sets really kicked the Avengers license into overdrive, providing fans with a host of different characters who we had been longing for. This really was LEGO’s first deep dive into the license after Mega Bloks lost the Marvel license, and they pulled out all the stops and didn’t pull any punches. Not only did we get a host of fantastic minifigures across the line, but one set, themed around the S.H.I.E.L.D Helicarrier seen on screen, included a brand-new big figure too.

This figure was our first LEGO interpretation of Hulk. Whilst the colour scheme chosen here was slightly garish with the LEGO bright green colour used on the figure, it was still a great rendition of the character, with some great arm articulation and some great sculpting for the tan pants which adorned the character. His black mop of hair was also another welcome, if moderately inaccurate, addition.

As the first Hulk to join the LEGO line-up this figure is iconic, setting the precedent for future versions of the Hulk character to grow and expand in years to come. 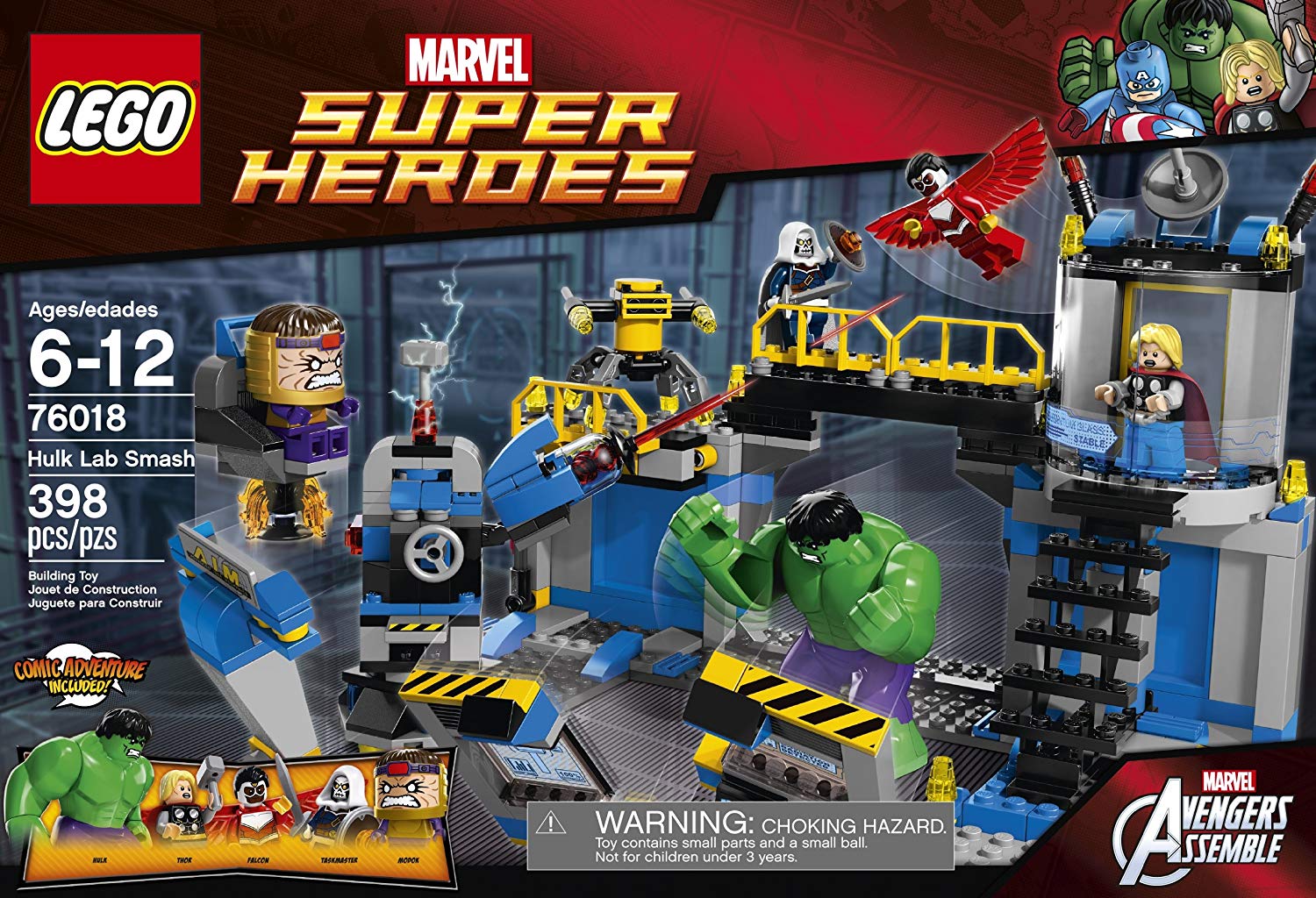 Up next, we have one of the LEGO sets which includes Hulk which I wish I had picked up back in the day when it released! This looked like a fun set themed around the secretive organisation known as A.I.M, with a fantastic laboratory build to match up to their colour scheme. This great comic-themed set, titled LEGO Hulk Lab Smash, debuted in 2014 under the title of ‘Avengers Assemble’ – a slogan which was used for the plethora of Comic-themed sets which followed the success of the Marvel Cinematic Universe sets. This variant of Hulk was identical to the version we saw released within the Avengers sets, although this version did include the iconic purple shorts which the character is known to wear within the comic books. This set was a popular one, partly because it also saw the debut of popular characters such as Falcon and MODOK.

This is the only other time where the character of Hulk appears within his bright green colour scheme, as the next time he appeared within the Avengers Age of Ultron sets, the colour and style of the character were changed altogether to give it a much more realistic feel. 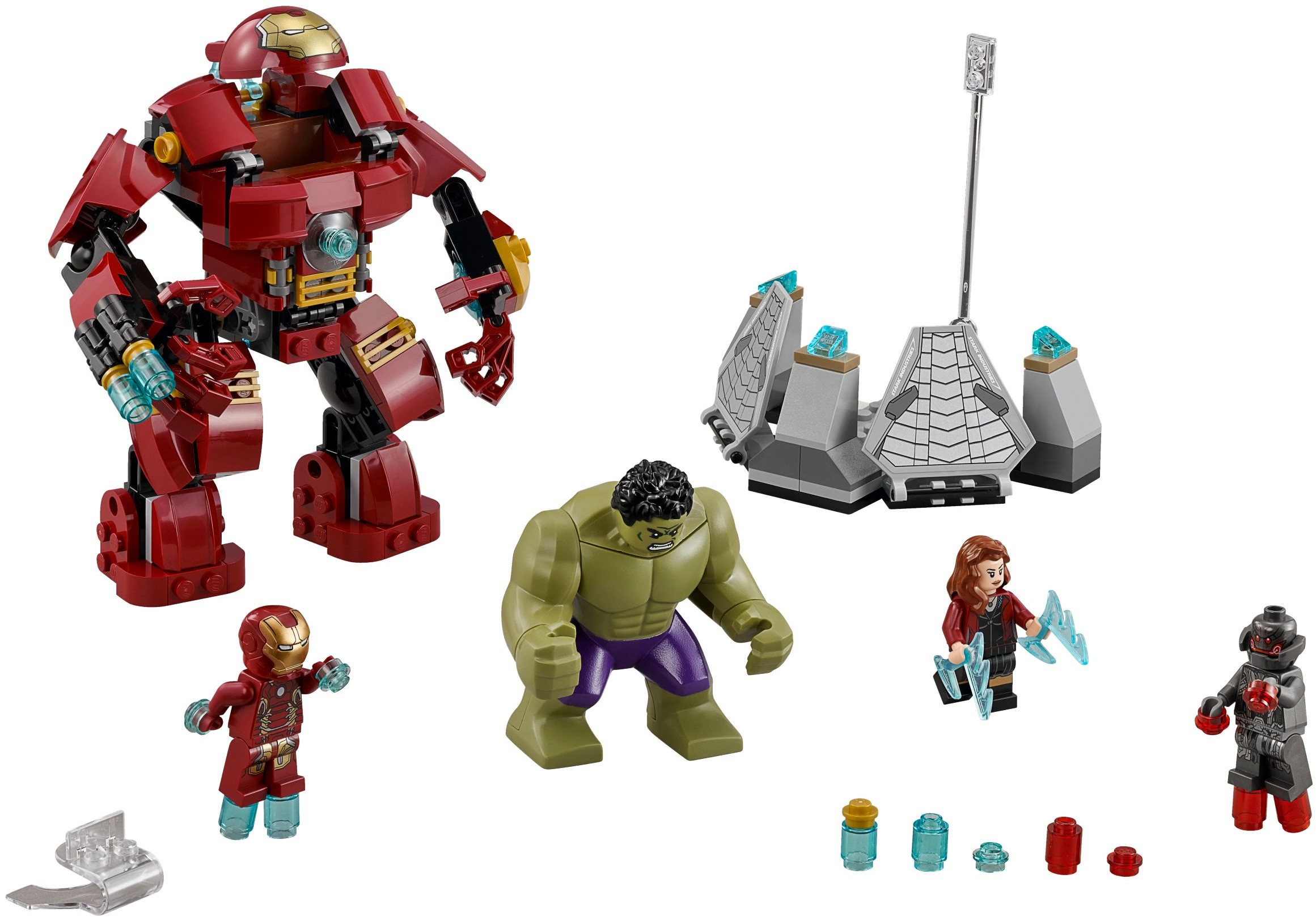 “There are no strings on me…”

We now come to 2015, and the release of the second titular Avengers film, Avengers: Age of Ultron. This line saw a spattering of different sets which was very like that of the first Avengers film, and that assortment of different sets meant a whole host of updates to much-loved characters, including Hulk. The 2015 version of the Hulk was an incredibly innovative transformation for the character – providing vastly different sculpting which is unique in-person when compared to the original promotional work.

Whilst the original promotional shots which you will see within this article show a Hulk destined to include purple shorts and no toes, the version to appear within the final Age of Ultron sets packed in much more detail, featuring printing for toes on the feat, and featuring an assortment of printed details on the shorts including the Avengers logo. This is interesting to note, as the original character featured sculpted toes rather than printed ones, suggesting a slight devolution in the design in this case. This is, of course, without even mentioning the brand-new olive green colour scheme for the character, and the spikey hair which adorned the character’s head, creating a version of the hulk which is much closer to the on-screen appearance portrayed by Mark Ruffalo.

It is worth nothing that the Age of Ultron line also saw a minifigure version of the Hulk released, complete with a Hydra ATV and an assortment of different stickers. This minifigure included dual-moulded legs for the shorts of the character, and is as far as I know, one of the earliest instances of LEGO implementing hyper-detailed prints on polybag minifigures. 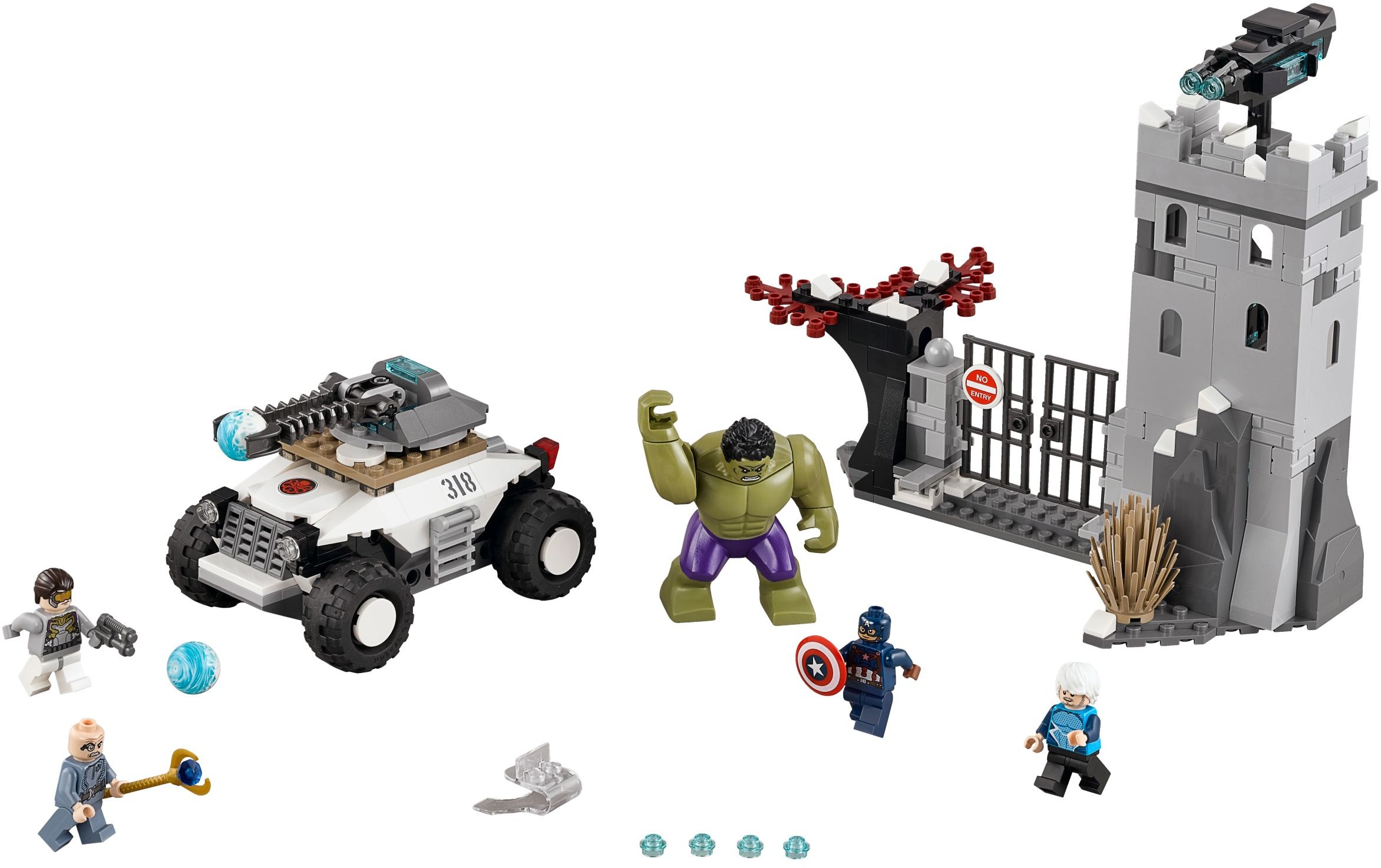 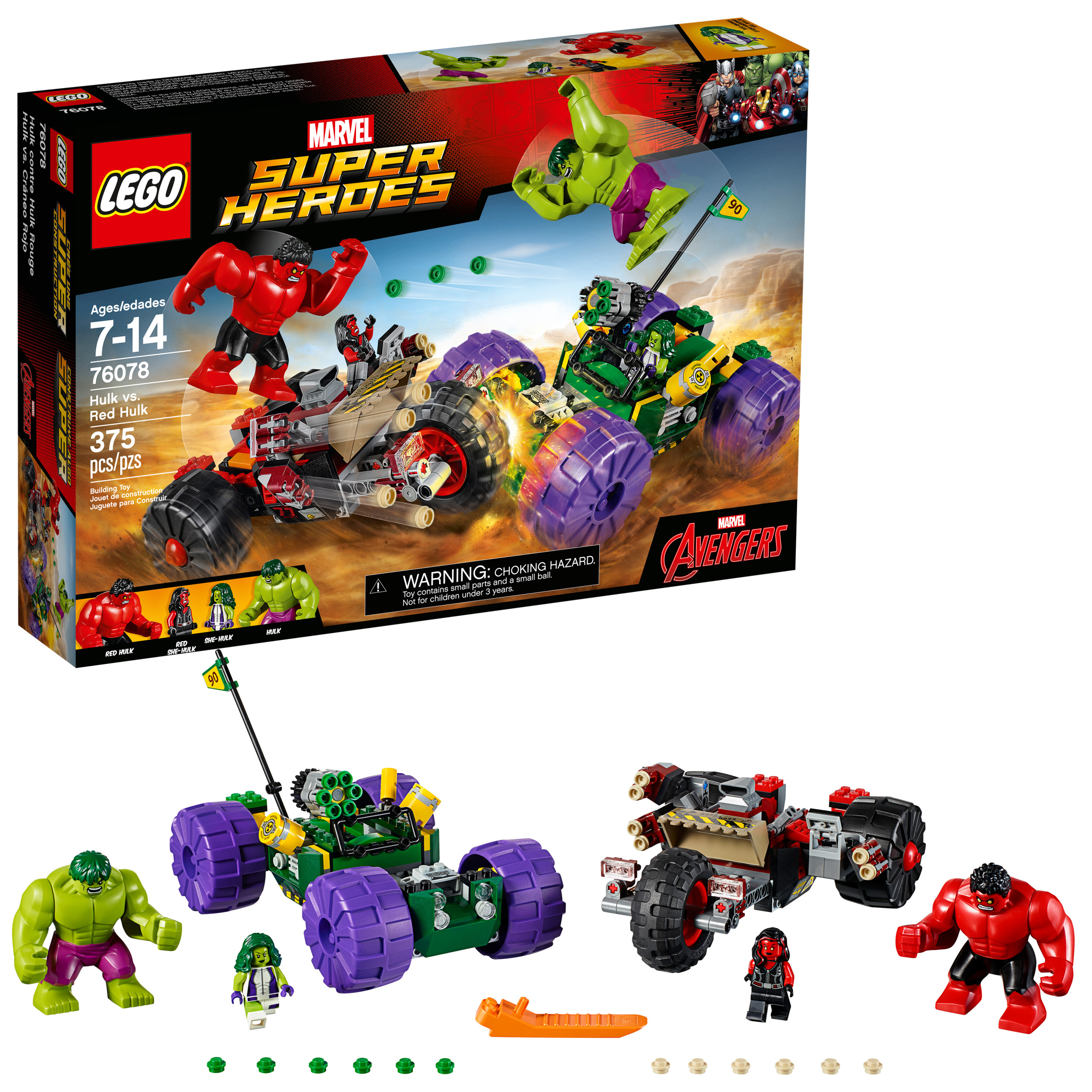 Released in Spring of 2017, this next set packed a lot of fan service into a small package, and would have been a must-buy for LEGO Hulk fans if it wasn’t for one very bizarre choice. The set did a lot of things right. It re-coloured the new, spikey-haired version of Hulk in red and gave him black ripped shorts, allowing fans to finally get their hands on a much-loved character from the Comic Books, Red Hulk. The set also gave us the highly desirable She-Hulk, and to top it off, it gave us the classic Hulk sculpt in the new green colour with the iconic purple shorts and green hair. What’s not to love, right? Well, unfortunately for this set, the awful builds in the set led to the set receiving a poor reception from fans.

The builds in this set are what can best be described as ‘Hulk Wagons’, designed to accommodate both big figures with almost arena-style vehicles which can clash with each other. The inherent problem, here, however, is that these vehicles are incredibly large and over-scaled to accommodate this big figs. Because of this, the piece-count feels as though it contributes towards very little, building two relatively small vehicles for the characters included. This is unfortunate, as this was a significant hurdle in what would have otherwise been a massive hit with Hulk fans everywhere. 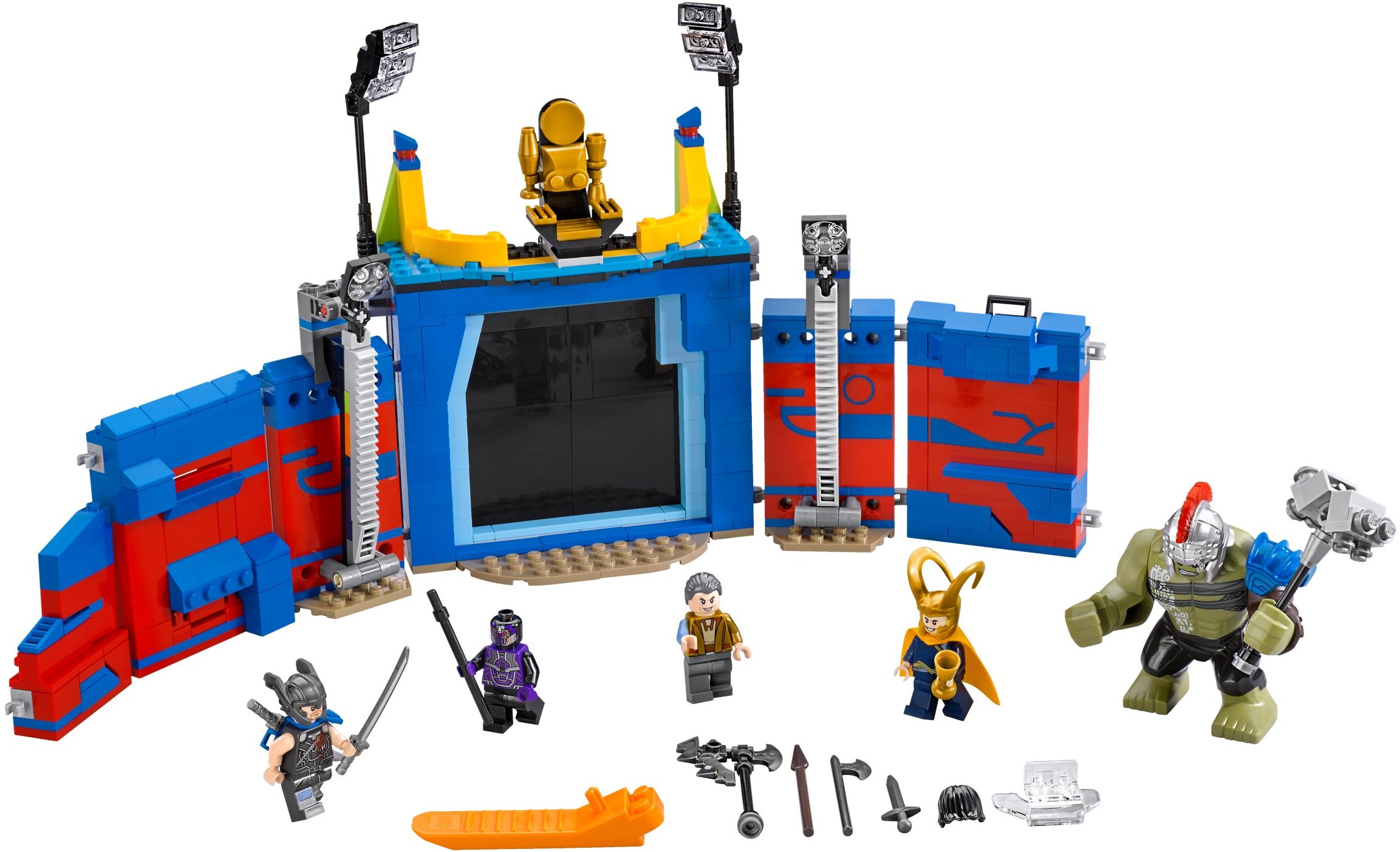 “The greatest Gladiator in the world”

Deciding to plant their feet firmly back on the ground (literally – with this version of Hulk once again returning to the sculpted feet format), LEGO released what is still, to this date, my favourite version of the Hulk character to grace our collections. Recreating the iconic sequence from Thor: Ragnarok, Gladiator Hulk comes in Thor vs Hulk: Arena Clash. Not only does this set include the great new versions of Thor and Loki, in addition to Jeff Goldblum’s Grandmaster, but it includes arguably the best version of Hulk we have ever received.

Donning black shorts, a blue shoulder-pad, body-paint, straps and a Spartan-esque helmet, this gladiator version of Hulk is the most unique and meanest looking version we have! I also love the brick-built weapons which the LEGO designers chose to outfit the beast with in this set – providing him with accessories which feel incredibly well scaled and balanced despite the often-cumbersome nature of scaling things for Big-Figure scale.

All in all, this set and this version of Hulk was a massive hit in my eyes. An ‘Absolute Win’, if you’d like… 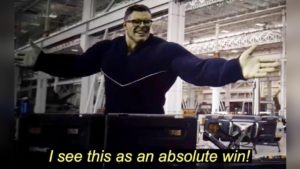 “We’re in the Endgame now…”

The last Big Fig interpretation we will look at of Hulk for now (not counting the Quantum Realm version releasing later this year) is the version of the Hulk which came in the Avengers Compound sets from the LEGO Endgame sets. This version of Hulk is a little bit funky. It comes wearing Blue Shorts, which we never actually see as far as I can recall, and even worse, it comes with no toes at all. None. I don’t just mean as in they are printed and not sculpted, either.

This version of the character just has flat olive printing – which feels INCREDIBLY lazy given the fact that the other versions of the character had so much in the way of detail packed in. It has been a point of contention, in recent years, how the level of detail the Marvel sets receive seems to have fallen drastically, and this is a key example of that. It takes what could have been a nice variant of the Hulk, and drags it beneath its 2015 counterpart, which had superior detailing four years earlier. 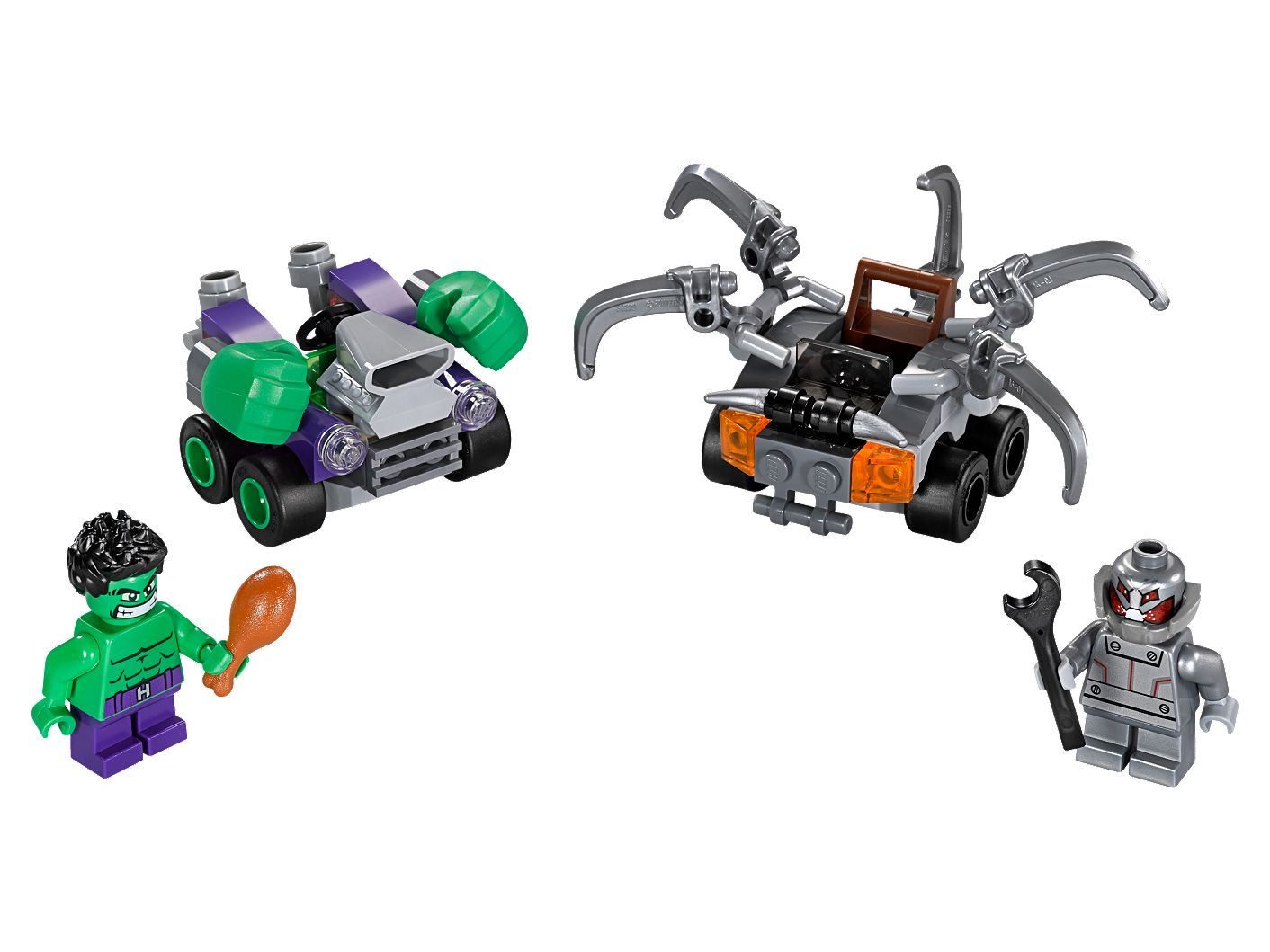 Wanted to wrap up by highlighting, very quickly, two other fun appearances of the Hulk. The first is in a Spider-Man themed Duplo set, and the second is in one of the Mighty Micros sets, alongside an adorable little version of Ultron. I must admit – I do love how little Hulk’s cart uses normal-sized Hulk’s hands as a décor feature! 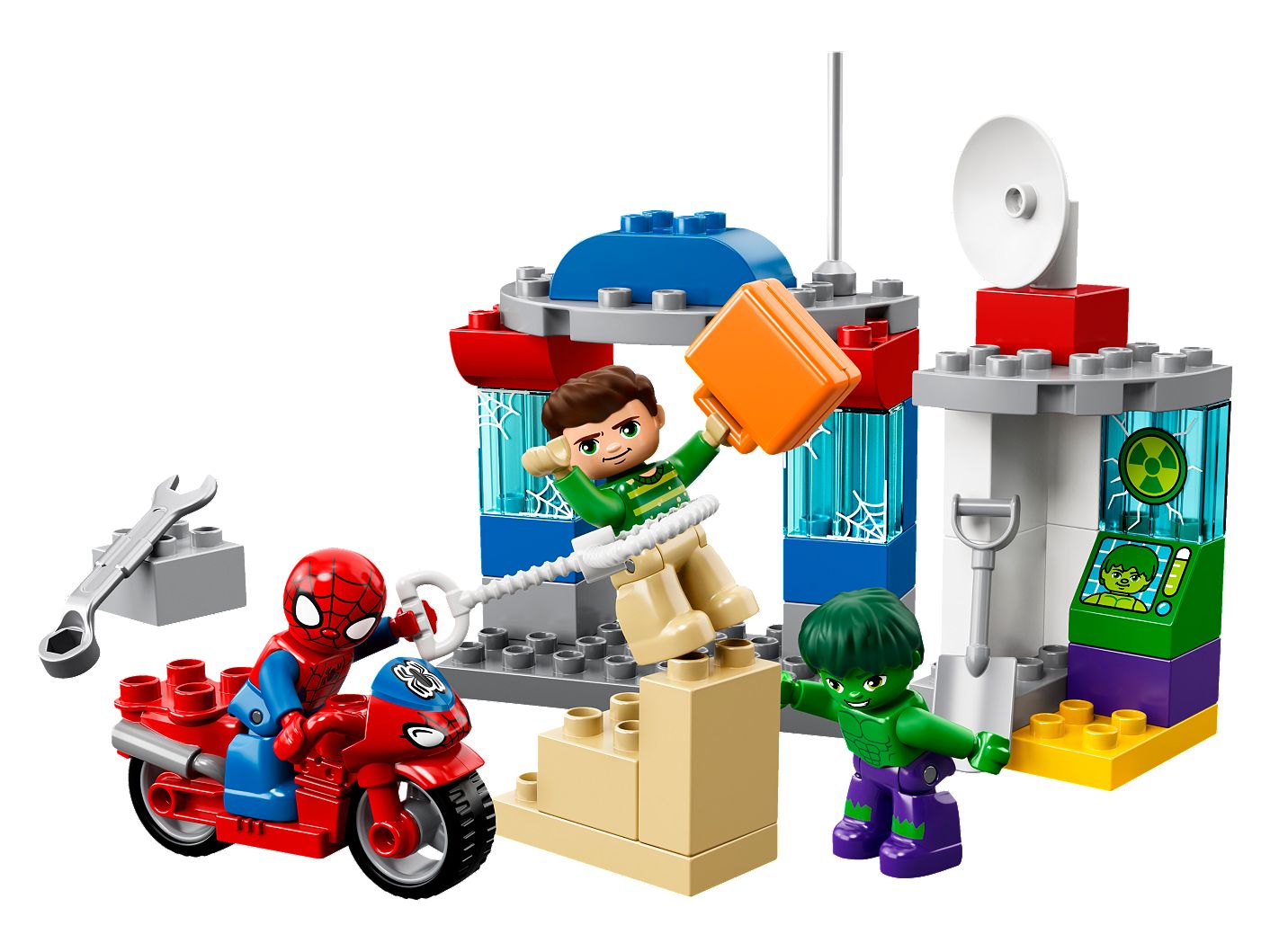 Also let me know if I missed any versions! And, since you’re a Marvel fan, why not check out the beginning of my in-depth LEGO Marvel breakdown too?

Cheers, and catch you later!

LEGO Adventurers: Explorers of the Wild and the Unknown