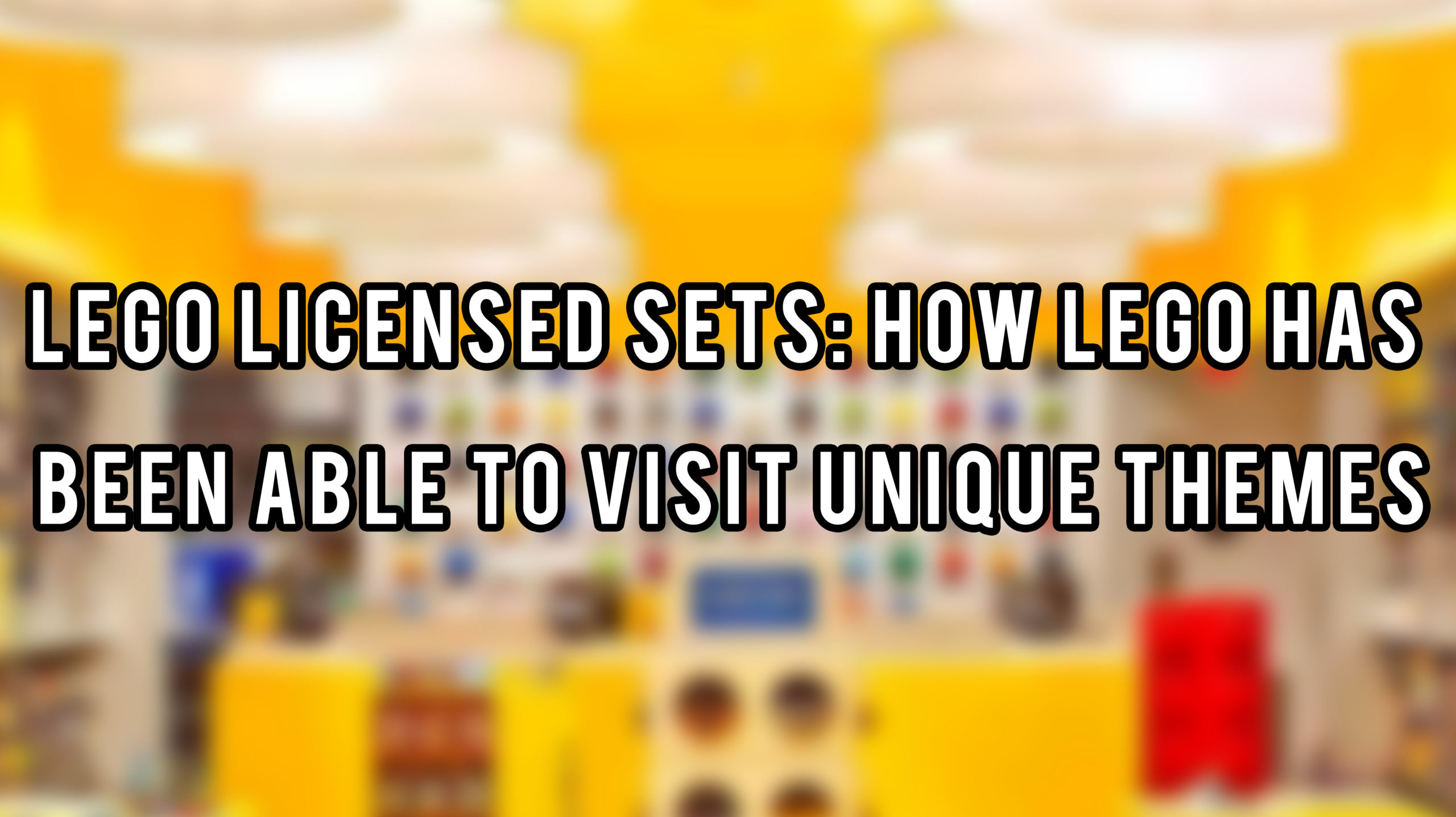 LEGO has an interesting history with Licensed Themes – with many of them being large bench-mark themes like Star Wars, Marvel and DC. Whilst these themes are great in their own right, with a variety of fantastic builds and characters for LEGO fans to enjoy, it is important to acknowledge the wealth of other franchises which are out there which may benefit from the LEGO treatment. I wanted to use today’s article to explore some of those themes – and to also use recent developments through the LEGO IDEAS programme to leave you with an interesting question.

It’s important to note that this blog post doesn’t intend to focus on themes which have gone on to subsequently grow and expand – like Jurassic World and Pirates of the Caribbean, which have become their own licenses in their own right. Rather, I would like to use this article to explore themes which have been introduced in a limited capacity – albeit it with a single set, or a handful of minifigures. I’m hoping that this will make for an insightful and interesting blog post – but, as always, if you have your own thoughts then I would love to hear them in the comments down below! 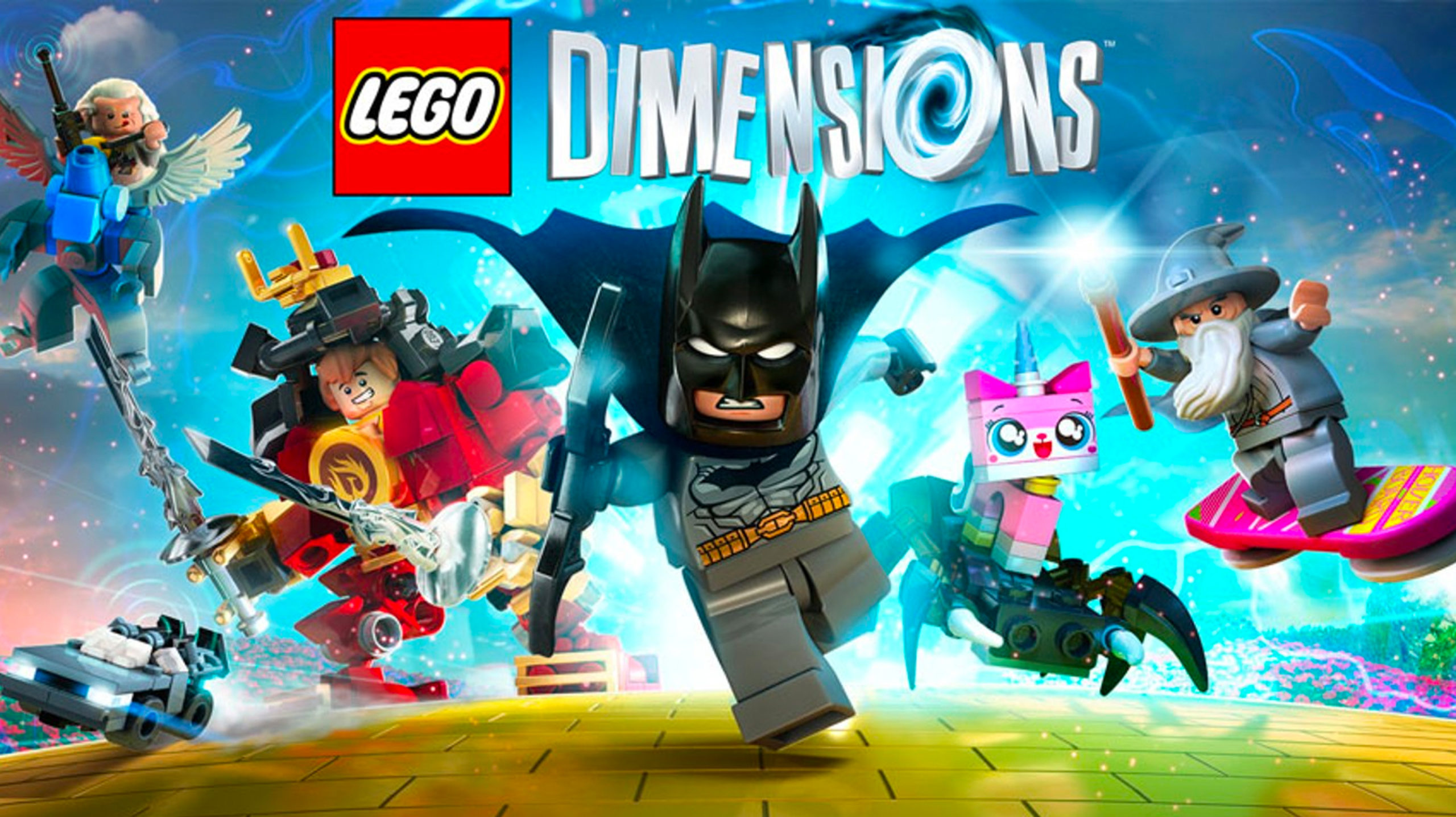 The most prevalent example of this is the ill-fated LEGO Dimensions – which introduced fans to a wealth of different pop-culture licenses which would likely have never otherwise received the LEGO treatment fans craved for. These franchises include, but are not limited to, Mission Impossible, The A Team, Gremlins, Portal, Knight Rider and much, much more. These licenses have only ever been prevalent within the LEGO Dimensions line – receiving small-scale builds and specially crafted minifigures but never full sets in their own right.

This poses an interesting sneak-peek at how Dimensions created agreements which may not have been viable for more traditional LEGO products – with more mature licenses being explored through this unique platform which was aimed for audiences of all different ages. It is important to note that the 16+ theme (which we will touch on in this blog post a little bit later on) didn’t exist at the time of LEGO Dimensions, and so we will never know for sure if LEGO would have explored the opportunity to do more sets based on these licenses if it was possible.

One thing is for certain, however. The sets which we did get may have never existed in the first place if it were not for the introduction of LEGO Dimensions. 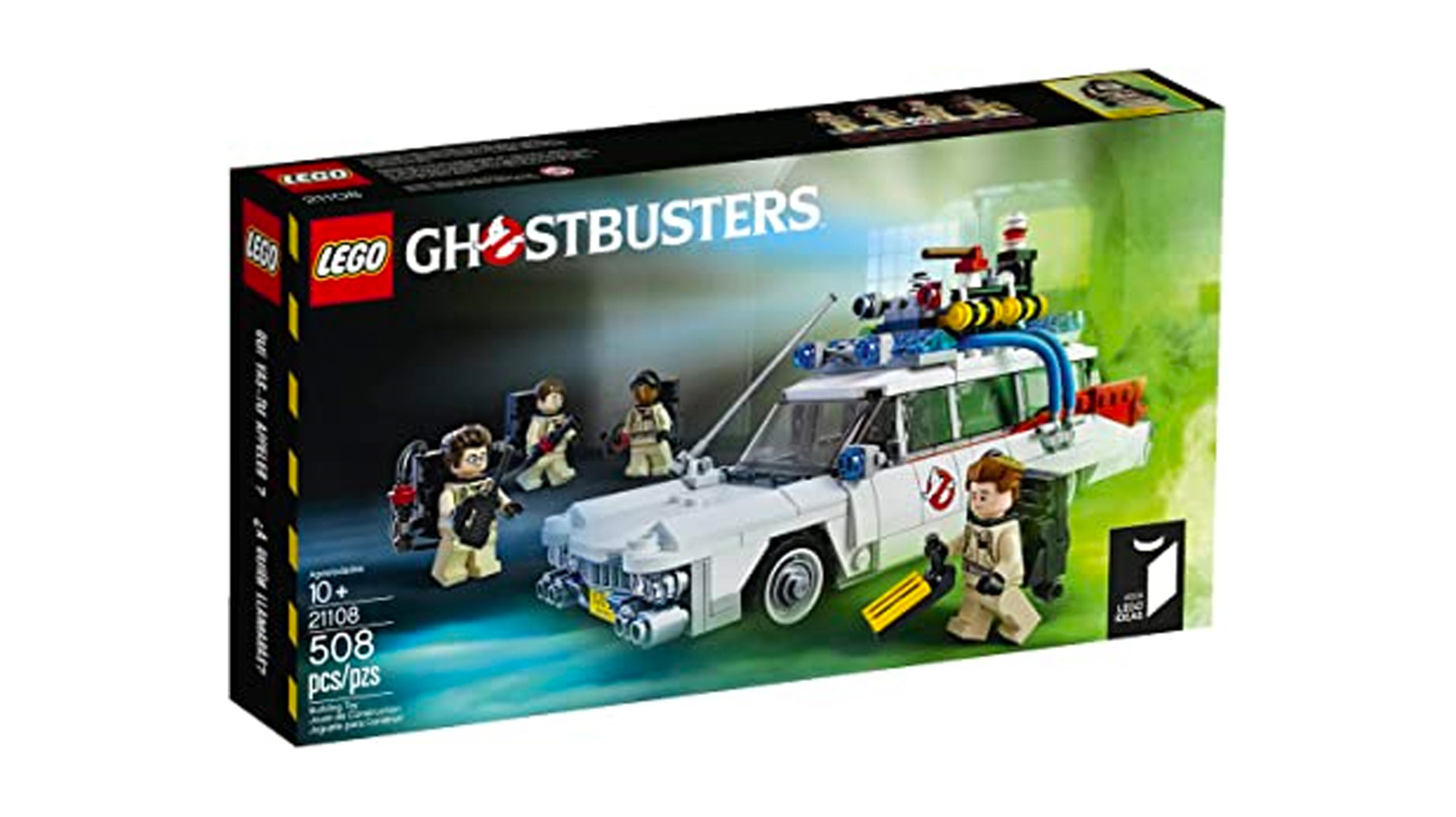 Of course, before there was LEGO Dimensions there was LEGO Ideas – a fantastic line which also provided us with additional opportunities to get our hands on more mature LEGO sets thanks to the introduction of themes like Ghostbusters. Whilst these sets were still themed around franchises and licenses which broadly met LEGO’s ethos, it is undeniable that it is another example of licenses being introduced which we may have not otherwise received. Thanks to Dimensions we didn’t just see an increase in LEGO ghouls, but we also saw sets from franchises like Back To The Future and Doctor Who – both of which saw significant demand for follow-up sets from fans.

This is where LEGO’s relationship with these unique brands becomes much more interesting – as lots of these more ‘unique’ licenses seem to be limited in scope and scale to just one or two sets at the most. More recent developments have shown that attitudes towards this may be changing inside The LEGO Group, however – with more recent additions to the LEGO ethos meaning that much more is possible under the LEGO brand than fans may have seen some ten years ago. 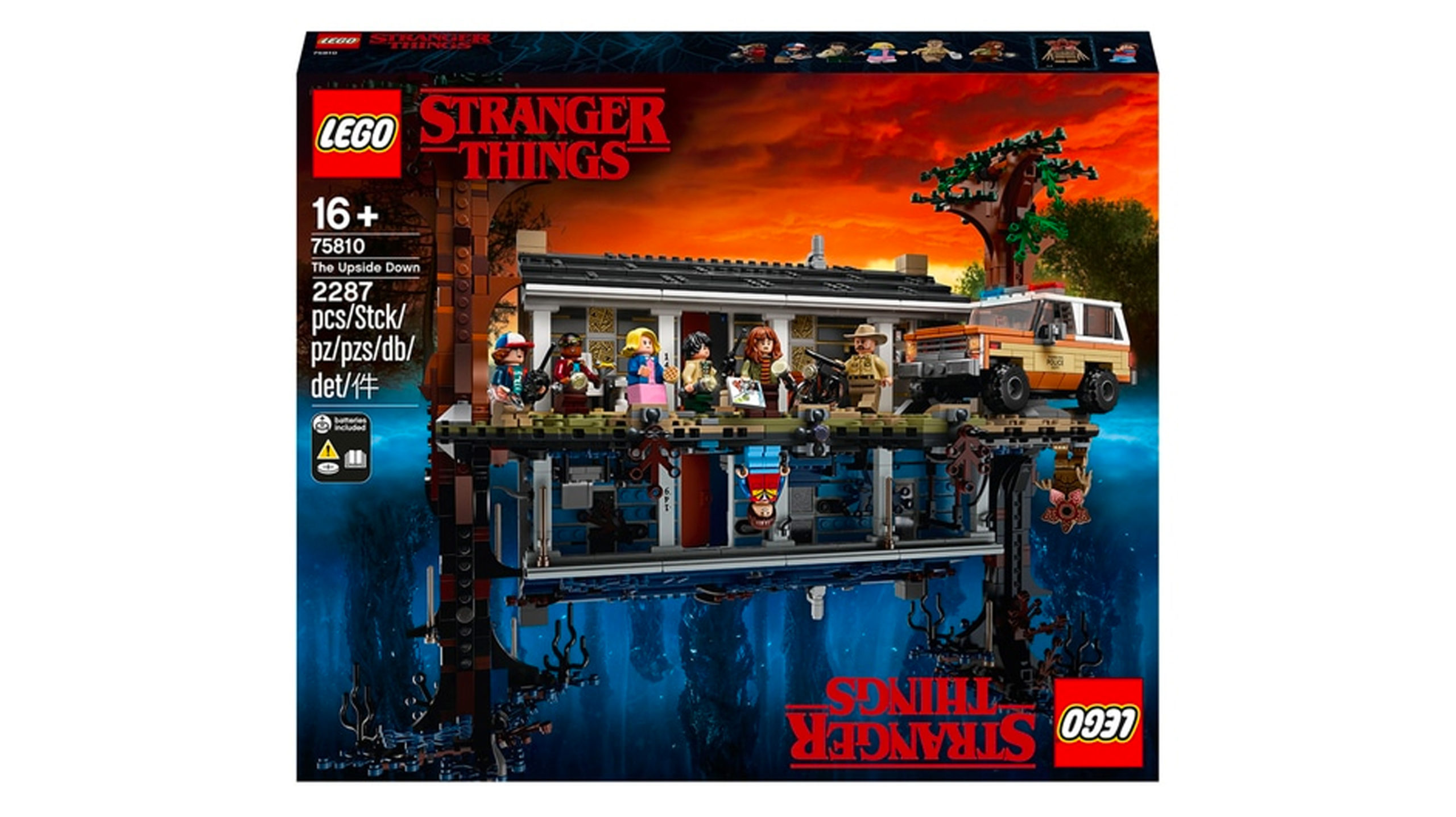 The more interesting change came between 2019 and 2020 – when LEGO finally stepped away from their more traditional branding and decided to begin to market sets to an 18+ audience – showing AFOLs (adult fans of LEGO) that LEGO were finally willing to accept that a large part of their market was, indeed, a more adult audience. This was a huge step-up for a company which had traditionally been rather stringent in its insistence that it’s market was predominantly child focused. Sets like 75810 The Upside Down reflect an acknowledgement from LEGO that it may be time to explore more mature themes, with the 16+ age rating on the box, and sets like 10273 Haunted House

show LEGO acknowledging that more adult fans may be engaging with their license.

Now whilst this isn’t specifically a theme in itself, it is important to acknowledge that the LEGO Stranger Things license would have never existed if it was not for this change in ethos. It is highly likely that LEGO’s changing attitudes towards the age of people accessing their products may have initially begun with the unexpected success of LEGO Dimensions – which definitely saw more ‘adult’ themes getting more engagement than LEGO may have anticipated. 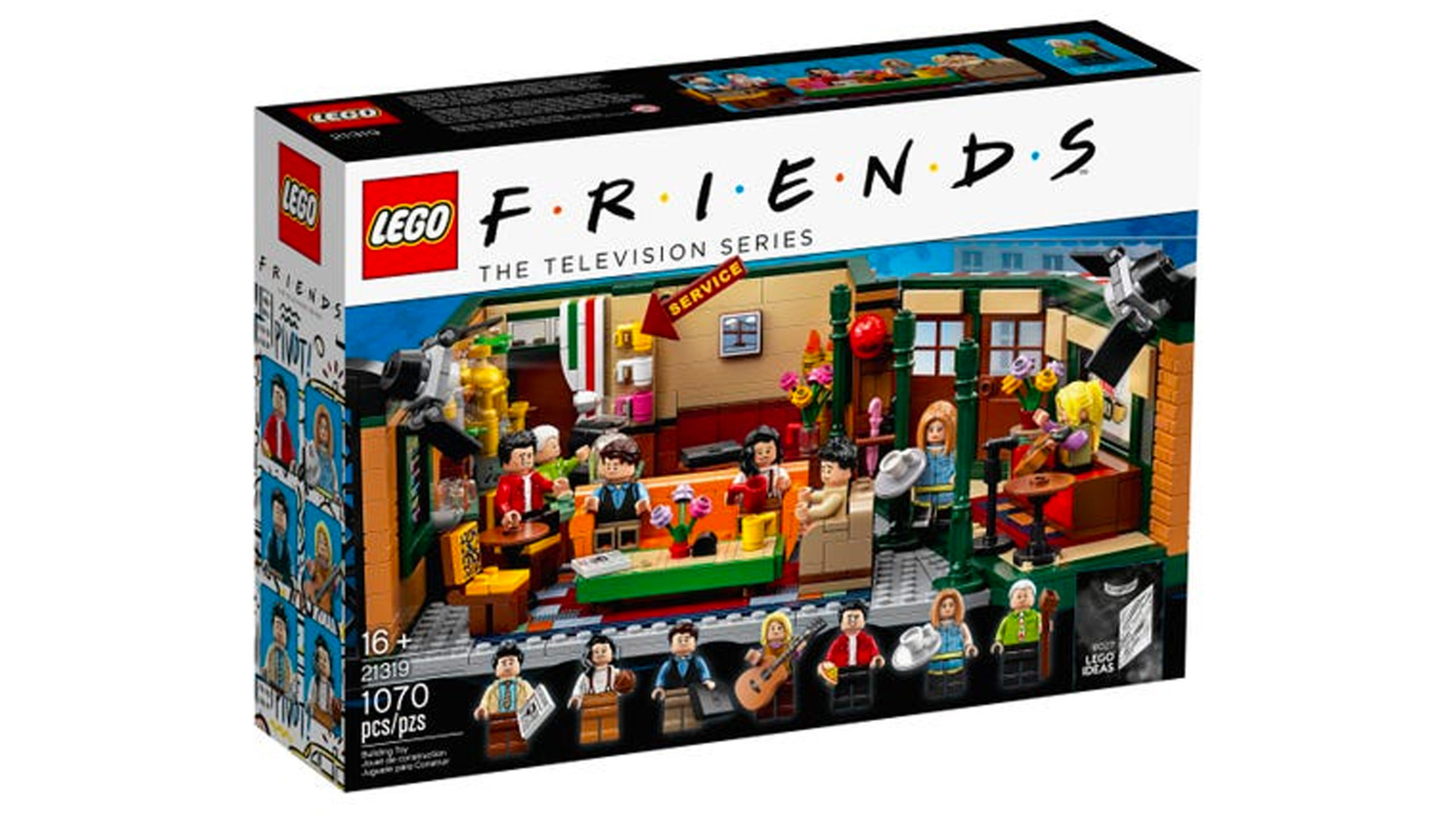 All of this leads up to the most interesting detail – which is the fact that rumours suggest that LEGO may be revisiting the Friends license. Now this is by no means the first time that this has happened for LEGO – with Ghostbusters and other IDEAS licenses receiving follow-up sets beforehand. The important detail, however, is the fact that this is the most mature and more adult-focused theme which LEGO have produced a follow-up set for – suggesting that we may have the opportunity to see even more from more mature LEGO themes in the future. Interestingly, it is also indicative that LEGO perhaps have their finger more on the pulse of the community then we would usually give them credit for – with the success that the first Friends set saw clearly influencing the introduction of this additional set.

Whilst it is important to note that this is purely a rumour at this stage, it is exciting to see that LEGO are thinking more about the sets which may appeal to AFOLs – indicating a significant shift in their focus when it comes to who they want to ensure their products appeal to most.

So – that bring us to the end of this article. It’s a little different than the ones I would normally write here, but I thought it was a good opportunity to discuss how LEGO has slowly been adapting to the more mature licenses we see today. It is safe to say that there are many of us who are AFOLs and who still love collecting the core licenses – so it is exciting to see LEGO slowly beginning to adapt to ensure that their products are appealing to a wide range of ages and demographics.

Some of the rumours for Summer 2021 have me really excited about the future of collecting as a LEGO fan. It’s safe to say that there is a diverse audience who continue to find themselves attracted to the wide range of offerings which The LEGO Group put out – so it is VERY exciting to think we may have even more to look forward to in the future. If there are any more mature licenses you’d like to see LEGO tackle then make sure to let us know in the comments down below. Let’s get a conversation going!

That’s everything from me – thank you for taking the time out to read through this blog post. I hope you’ve found it interesting and different. If you’d like to read more of my work, then click here!

How to Take Your Brickfilms to the Next Level!