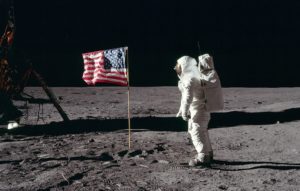 We’ve reached a momentous date: the 50th anniversary of the first Lunar Landing. On the 20th of July 1969, Neil Armstrong and Buzz Aldrin left Michael Collins orbiting the moon, and went down with the Eagle, their Lunar Module (otherwise known as the LM), and were the first humans to set foot on the moon. As part of the celebration, a LEGO Lunar Lander set was released a few weeks back, which as you know, I’ve already written about and built. 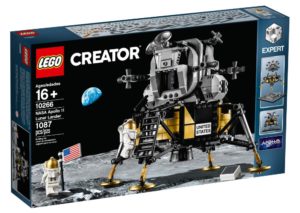 It’s All About Customisability

But lovely though the LM is, I wasn’t too happy with the minifigs, and this has led to my very first MOD. 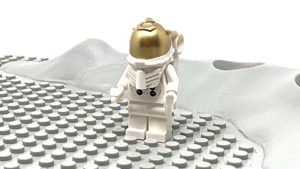 For those who aren’t well versed in the LEGO lingo, MOD is a term used when someone modifies an existing LEGO set. When you create something unique from scratch, that’s a MOC – short for My Own Creation.

So what did I change in set 10266, NASA Apollo 11 Lunar Lander? Primarily, the spacesuits.

The torso is a fantastic print but it’s sadly hidden by the generic space gear piece… so I thought, why not do away with it and create a brick built alternative… 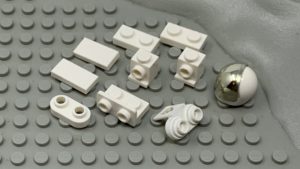 So I’ve used 11 generic pieces which you might have in your own collection or should be able to find online, like perhaps here for instance, to create a more fitting alternative, one that’s blockier yet more in line with what those astronauts had to carry on the surface of the moon. 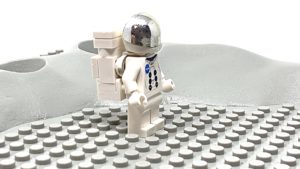 Going Above and Beyond

All the pieces were available in white – except one: the one that attaches to the minifig (part 18986). Sadly, it has only ever been made in transparent clear – but those who know me are well aware that I’m never against a little spray painting to get the colour I need 😉 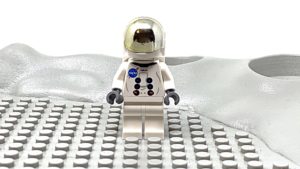 But I didn’t stop there. There were a couple of areas I thought could be further improved. One of them was adding the missing American flag on the astronaut’s left arm. 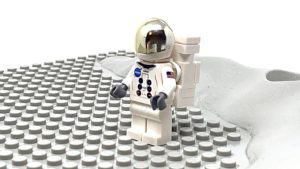 And since I was making changes anyway, why not replace the white on black commemorative plaque with a more accurate black on white one.

So there you have it, my very first MOD. My own personal contribution to the LEGO Lunar Lander set for the 50th Anniversary celebrations.

However, if this just feels like too much hard work, Firestar Toys has got you covered with special versions of Michael Collins, Buzz Aldrin and Neil Armstrong, ready for you to order to celebrate this momentous moment in our history.

LEGO World Builder: What in the world?