Well, my friends, LEGO is finally bringing us the Infinity Saga wave of sets for us this summer, and I dare say it may have been worth the wait (for some). While avid collectors of LEGO Marvel sets, especially those from the Marvel Cinematic Universe, will be big on the minifigures above all, many will agree that the sets are not very accurate to their film counterparts. Some sets don’t even appear in the films they are marketed with. War Machine Buster? Hulk Helicopter Rescue? Doctor Strange’s Sanctum Sanctorum with the red tentacles coming out of the wall? I don’t remember that scene from the movie! For this wave however, these may be the most accurate depictions of subjects from the films we have ever gotten. Let’s take a look at the options they have made for us and see how they fair for both minifigure and set collectors.

Let’s take a look at the cheapest set of the wave first. Based on the opening scene from Age of Ultron, this 4+ set features a Captain America minifigure complete with shield, a Hydra agent, and a motorcycle built on a large pair of base parts for easy construction. I actually like this motorcycle compared to other entrants in the LEGO super hero lines, as they tend to be incredibly oversized, but this one manages to work out if not from it’s sheer simplicity. The base part for this motorcycle can easily be customized into something grander, and for a €10 set, this +4 is one I may actually consider picking up. 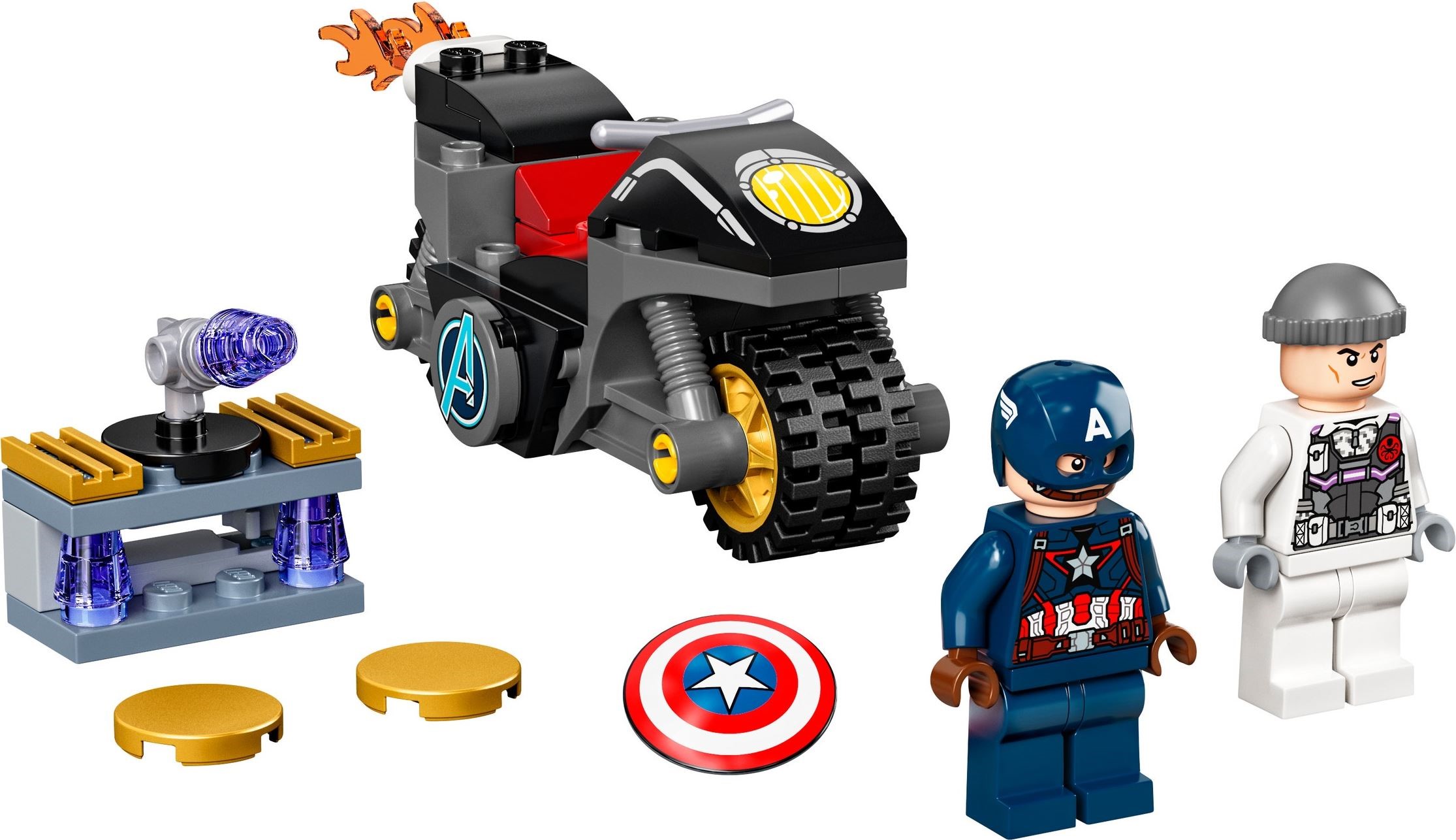 One of my favorite vehicle designs from the MCU, first seen in Black Panther, we finally have a set for the Dragon Flyer, and it’s only €20! I might have to get a few of these, as even though it is small, it still has the right amount of detail for it to be accurate to its screen appearance. The wings of the flyer have ball joints at their base for full rotations, and the tail can even fold 90 degrees to replicate the hover mode seen in the films. This set features Black Panther, Shuri, and a Chitauri warrior for minifigures, all desirable for those who do not have one already or are looking for an updated version. 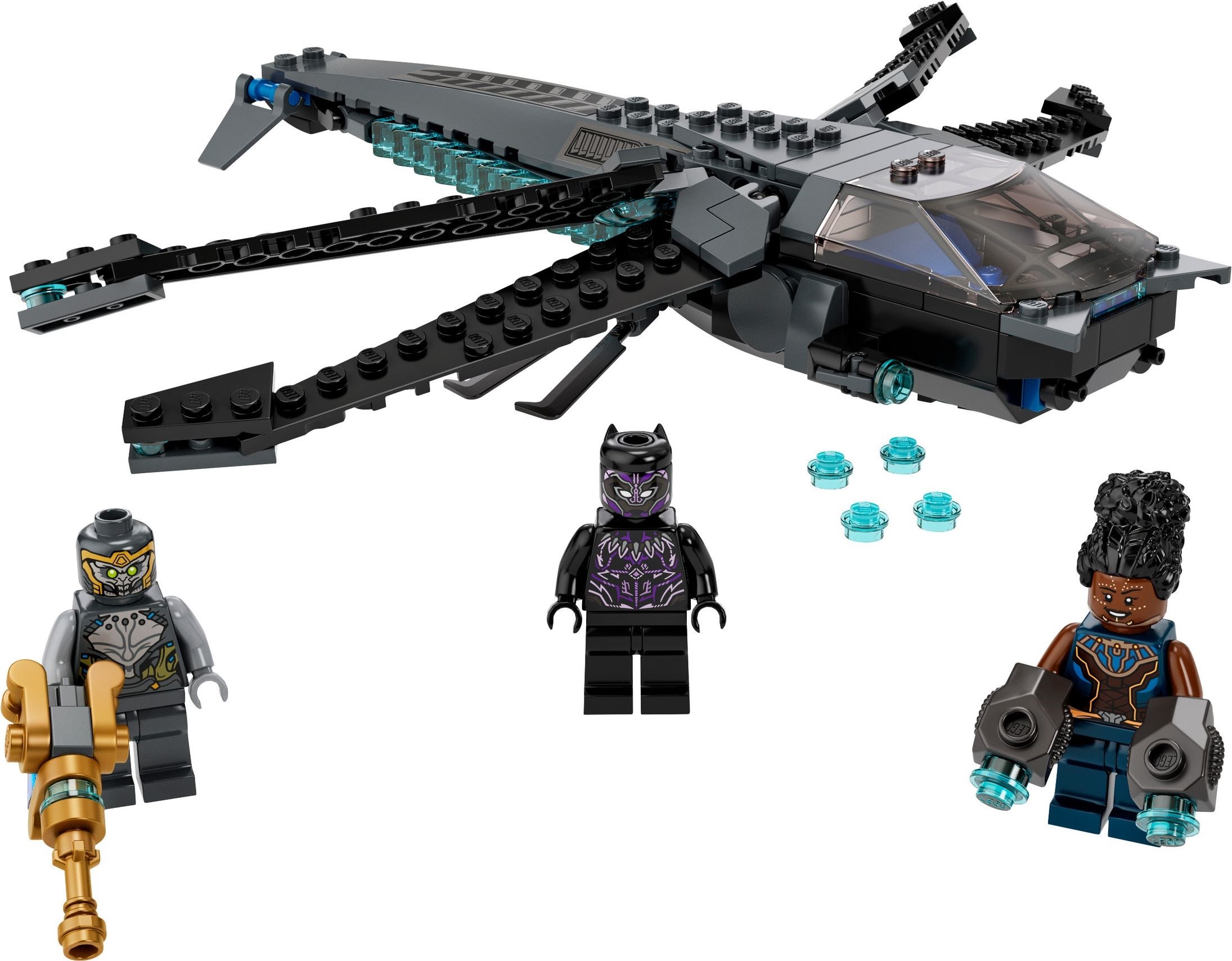 The only set for the original Iron Man film back in 2008, this Iron Monger may also be the largest Iron Man mech set LEGO has released outside of the collector’s edition Hulkbuster. Though it may be oversized to it’s screen version, I think this Iron Monger has all the right amount of detail to make it a worthy addition to anyone’s collection. The set features minifigures for Pepper Potts, MK 3 Iron Man , and Obadiah Stane, which I believe is the first minifigure representation of actor Jeff Bridges. The set is to be priced at €40, which I think is a fair enough deal for the size of the Iron Monger, and getting an older version of the Iron Man suit is a big plus. 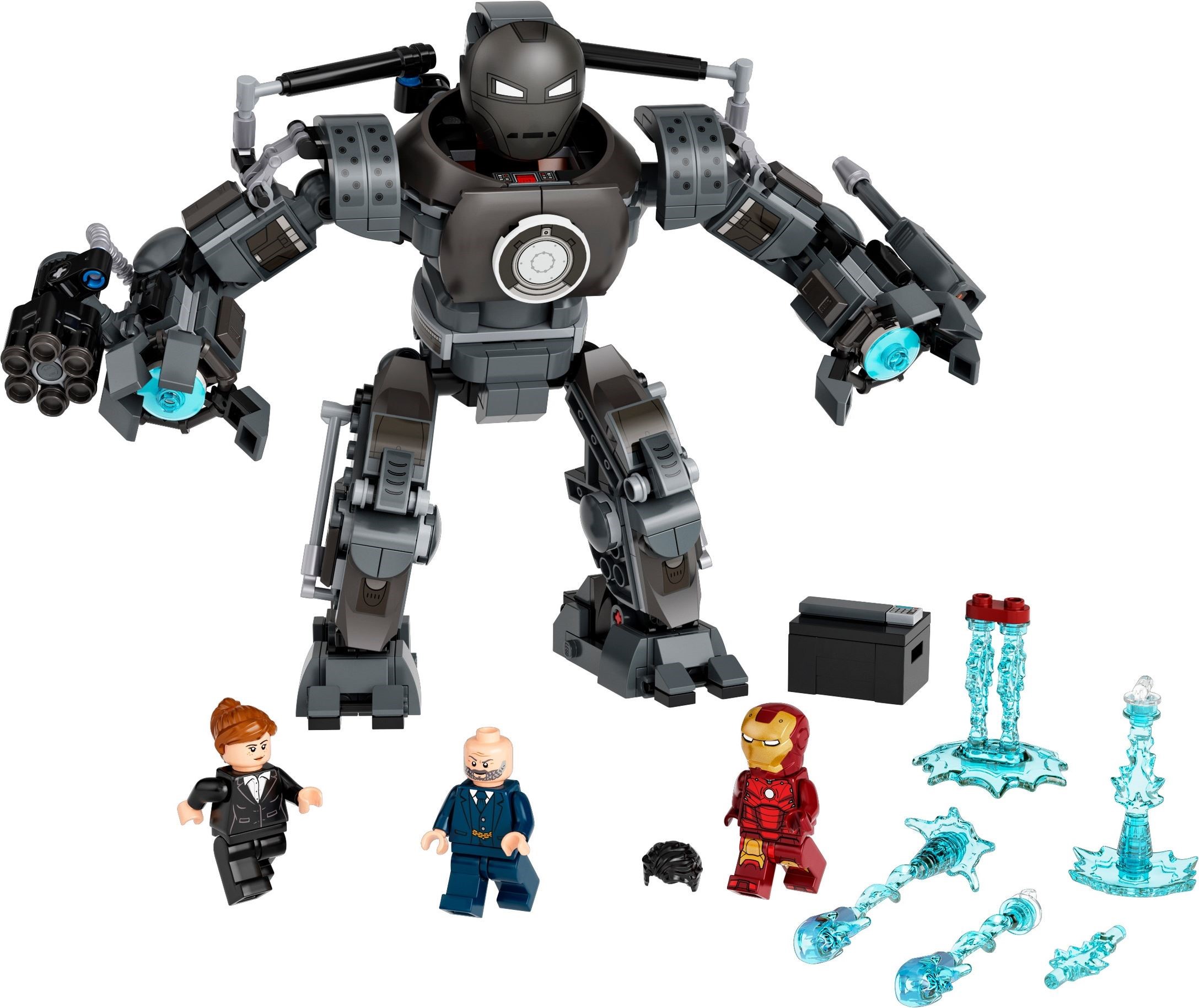 The sort of spiritual successor to 76131: Avengers Compound Battle from the original Endgame line, this compound is significantly smaller than the previous, yet the price remains the same at around €90. However, this set does feature the quantum portal-van combination, a major element of the climax in Endgame, and a new bigfig variant with a separate head piece, allowing for the head to be turned. This is also the first bigfig of Thanos without his helmet, but something about it feels off to me. Maybe the head is too big, or perhaps because this version features black eyes whereas previous Thanos figures had blue eyes. In any case, this new Thanos is the main selling point of this set, while the actual Avengers compound is disappointing at best. 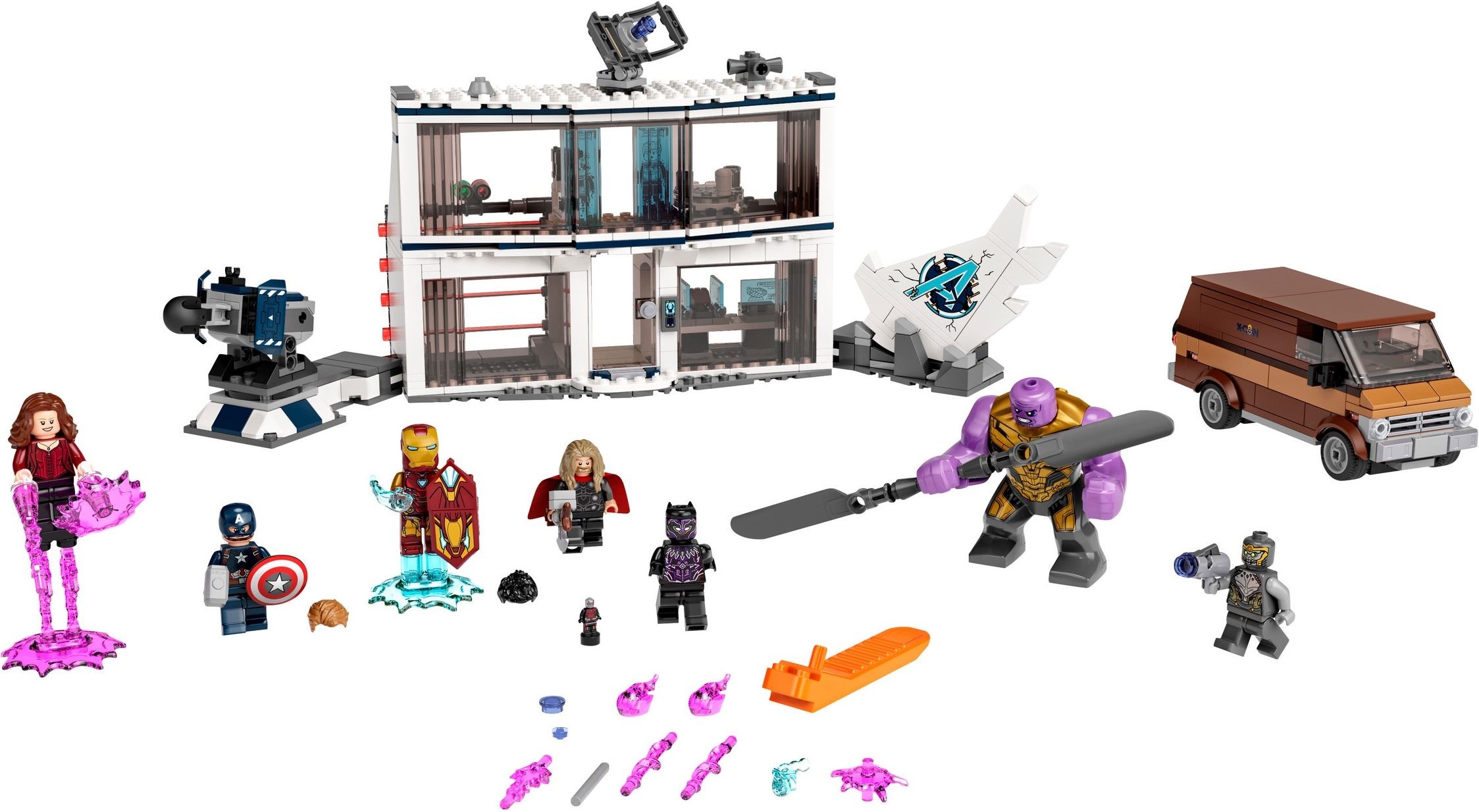 The fourth version of the Guardian’s Ship made by LEGO, this is by far the largest and most accurate version of it. This ship has been a staple of the MCU aesthetic, so getting an almost UCS version of it deserves high praise, with exquisite detail both inside and out. With UCS quality comes UCS price however, with this set looking at a price tag of €150. This set also does not unfortunately come with all members of the Guardians of The Galaxy as minifigures, Drax in particular not having a figure of him released since 2017. This also features a new version of Teenage Groot in a different color, with added green details to mark his foliage on his body, now making him look less like a rock person. 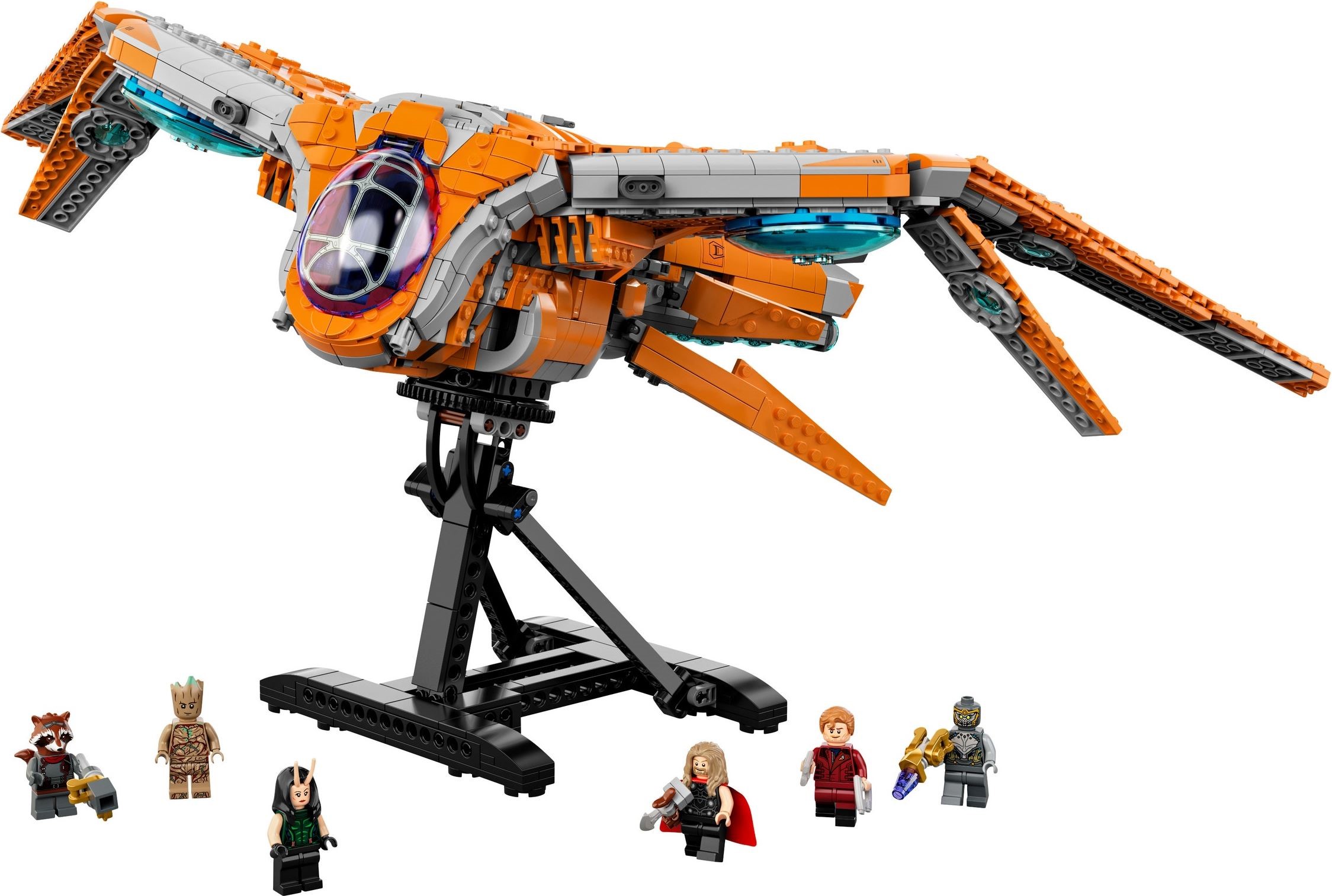 In the style of the collectible helmet series of sets, we now have been given a replica Infinity Gauntlet, covered wrist to fingertips in gold pieces. While it looks like LEGO still won’t be giving us chrome pieces en masse anymore, I think that the sheer height and presence of this set makes up for it. This gauntlet may be more accurate than any of the helmets made for this 18+ series, as the intricacies of the face does not have to be replicated and the gauntlet itself being mechanical in nature. Though you won’t be able to wear it, the fingers are fully posable, so you can have it stand neutral, mid-snap, or something more vulgar if you really want that.

I feel like this has been a long time coming for folks who want the best possible product from the LEGO MCU line. There is quite literally something here for everyone, and I feel like this is perhaps one of the more successful waves of sets outside of perhaps the Infinity War sets, which were also pretty great and were at the time the most accurate, I believe. But now with the Infinity Saga coming to a close, I think LEGO made the right move to give the fans just the thing they had an itch for. Let’s hope they do MCU Collectible Minifigure blindbags next!