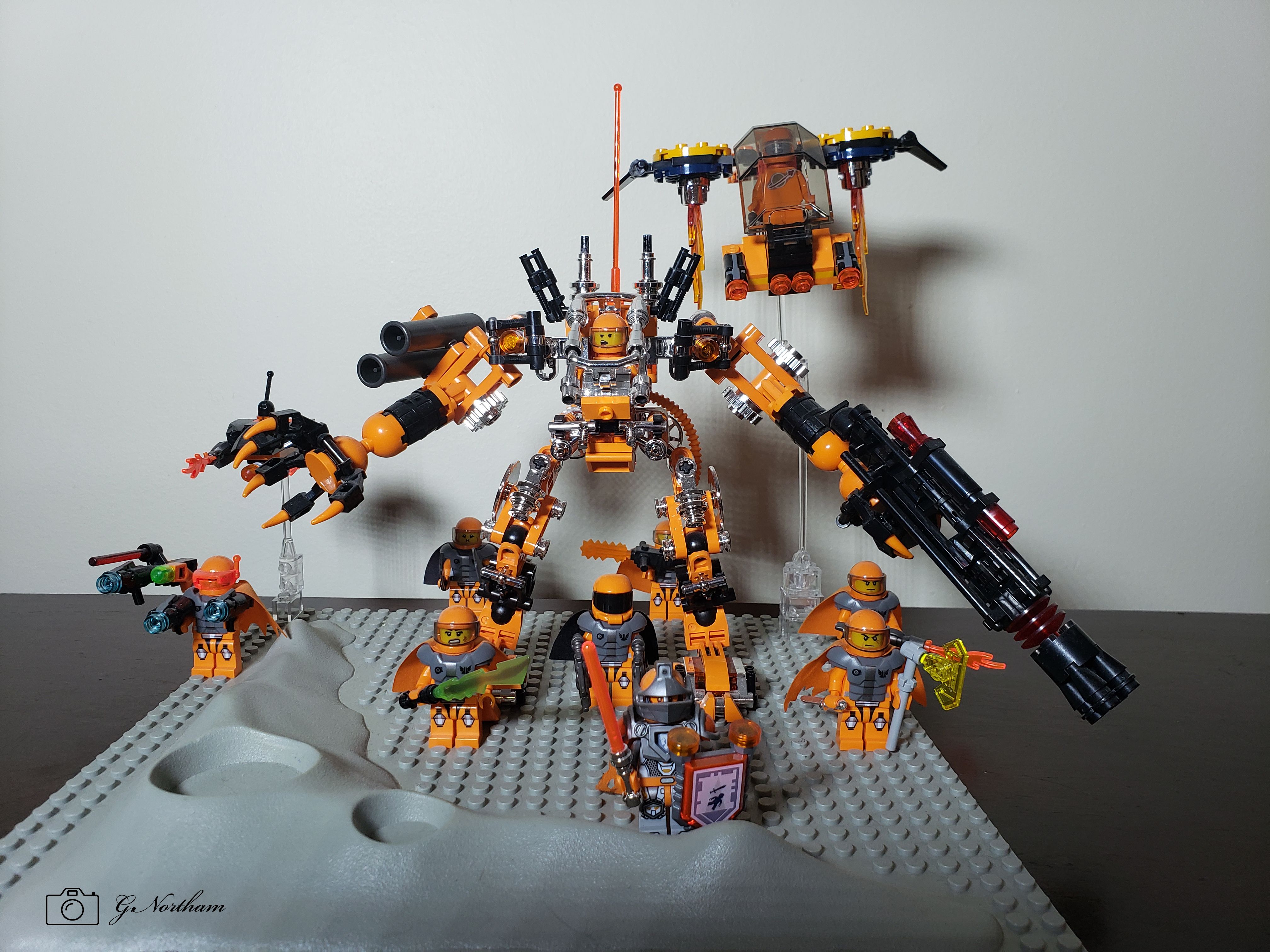 When I say “MOP” what’s the first thing that comes to mind?

Friends, family, colleagues and fellow LEGO nerds, it’s time I take advantage of this platform, given to me by the folks at Firestar Toys, and talk to you about a subject near and dear to me… The LEGO Palette Swap Mod and it’s lack of an official name/acronym!

Before I get too far ahead of myself, I need to explain this “Pallete Swap” thing to anyone new to the word. “Palette Swap” is just a fancy-smancy term defined by the dictionary as giving an element a different colour from its original, thereby making it distinct – the same but different. So… long story short, as the word palette refers to a colour or “Colour Palette” and I think we all know what “swap” means – Ergo – “Palette Swap’ .

Some more famous examples would be: The Transformers’ Starscream, Skywarp, Thundercracker. Mortal Kombat’s various Ninjas (MK1 – 3) were all palette swaps before taking on their own more original designs in the series’ later titles.

You might notice I used more than a few examples from video games and cartoons. That’s simply because these are some of the places the Palette Swap is most prominent. That’s because when you code a game (or simply need to make a few extra bucks in the case of some toys) or animate a show and you need to fill your character roster out, it can be easier to take a pre existing “sprite” (what video game models are called) mould (in the case of toys) or animation cell/outline and just re-colour it.

Now, let me follow up with a question of my own. If I take a LEGO set, rearrange it, add some parts from another set and finally throw in some greebling (small bits added to a set for detail) what would I have? It would be A MOC or My Own Creation right? If we used random coloured LEGO bricks everywhere it could most likely be classified a “Rainbow Warrior”. Now, what if I took the same set but, instead of building it with the colours provided or “rainbow warrior” style, I was to swap out some grey pieces for blue and/or some yellow pieces for green, etc. Better yet, what if we reverse engineered a second set with different colours and built a fleet or an army? Technically this wouldn’t be a MOC since we didn’t create anything new and it’s not a Rainbow Warrior since what we did was swap some co-ordinating colours of specific pieces. So, what do we call our creation? I honestly don’t think we have an Acronym or Initialism so that is what I will propose to you all in this article.

As I previously mentioned there are a number of acronyms and initialisms for the variety of the things that are possible to do with LEGO bricks. We use acronyms like:

We even have a whole glossary about it here!.

The one term we don’t seem to have is a universal acronym for is a palette swap.

For example, in this LEGO EXO Suit (Set# 21109) the palette for would be primarily grey with some yellow and green (ala Classic Space).

Now an AFOL or KFOL who likes palette swapping may change the grey to green, blue or like I did Black & Orange.

Another example is using Set #76036. The original colour scheme is dark blue with a light, bright orange-yellow.

Since I’m very much a palette guy and since I tend to favour orange and black as my GO-TO colours, I would obviously switch out the dark blue for orange pieces and maybe throw in some black accents to make it pop.

Single coloured LEGO set, in my opinion, actually do not look that impressive in the long run since all the colours tend to run together. This creates loss of detail & depth, It and also does this weird thing of taking away the LEGO aesthetic by destroying those telltale brick built seams. To combat this don’t be afraid to contrast and mix it up.

I hear what you are thinking right now – “Well, Mr. Northam what if a particular piece doesn’t come in a colour I like or that looks good?” I say this is where you have fun and get the creative juices flowing. You now have two or three options.

Option 1: Paint. Paint a pre-existing piece! You can get the exact look you wanted. However be warned – you may have to deal with a purist complaining that a LEGO piece was painted and the blasphemy you’ve committed to the culture.

Option 2: Get a knock off piece that does come in the colour you want. You may run into clutch power problems with the knock off but it will hopefully be the look you’re going for.

Option 3: Contact one of the many LEGO customizers out there and have your pieces chrome dipped. This chroming looks far superior to a painted brick. Your piece will pop and a sparkle you have to see to believe

Now that you’re on your way to a totally awesome and personalized set, let’s get back on track and chat about what this article is really about and something I wanted to pitch to my beloved LEGO community. The lack of acronym for a palette swap.

For your consideration and approval I give you this acronym…. MOP.. MY OWN PALETTE.

This meets the criteria or the definition of an acronym which is a new word being formed from the initials. MOP also seems to keep to the unspoken LEGO criteria that the acronym must sound gross (see SNOT & BURP)

Personally, I don’t see a MOP (my own palette) as a MOC because I did not create the set. I merely changed a few elements. I cannot in good faith call it “my” creation and take credit away from the original set designer. On the other hand, I will take full credit for the assembly and contrast of colours.

The fact that this is one of the sub areas of LEGO building and the fact that and we don’t have a term for MOPs baffles me. With all the great spaceships and colour options for personalization (the Star Wars line is especially prone to palette swapping with the Tie fighters, X-wings, A-wings etc). Hop onto a site like Instagram, Pinterest, or Eurobricks and see all the great palette swaps and get some inspiration for yourself and give this MOP thing a whirl.

Cleaning LEGO and Other Fun Activities for Everyone