LEGO and Politics are two words you rarely see together. LEGO is a humble family-owned toy company whilst politics is a divisive and contentious topic that people fear to bring up at the dinner table. However, over the years LEGO and other custom part companies have produced a series of sets, minifigures and pieces based on government buildings and politicians.

Disclaimer: I don’t think I expressed any views in this article. However, I guess it’s worth saying that any views in this article are my own and don’t necessarily reflect the values of FireStar Toys. Also, any attitudes that I attribute to LEGO are based on speculation and don’t necessarily reflect the views of the LEGO Company. 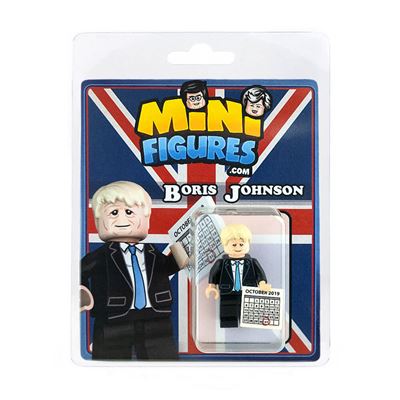 Unsurprisingly LEGO has never produced minifigures based on British politicians. Minifigures.com filled this void by producing a custom printed Boris Johnson minifigure. The former London Mayor became Prime Minister in 2019, replacing Theresa May as leader of the Conservative party. The minifigure’s blue tie print matches the Conservative party colour scheme. Overall, I think the face print and scruffy hair piece does a good job at capturing the Prime Minister’s likeness. 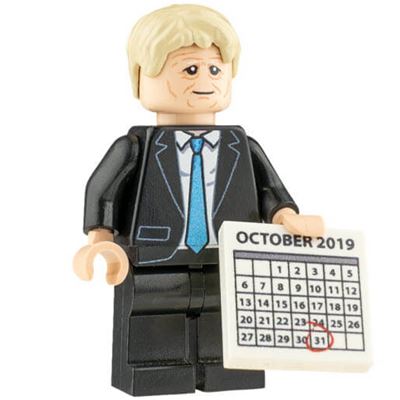 FireStar Toys and Minifigures.com have produced several custom printed LEGO parts that relate to Brexit. However, to understand why these parts were produced it is necessary to understand the context.

In 2016 the United Kingdom was divided over whether Britain should leave the European Union. The referendum did little to resolve the contentious debate. Although 52% of the country voted to leave the EU, many people campaigned for a second referendum. British politics came to a standstill as Prime Minister Theresa May was unable to come up with a withdrawal agreement that could pass through Parliament. After several attempts to get her deal through, May resigned as leader of the Conservative Party. Within a few short months Boris Johnson was elected leader of the party on the promise that the UK would leave the EU by the 31st of October.

For those of you who don’t know, “Keep Calm and Carry On” was a slogan on a British Second World War poster designed in 1939. Although iconic now, the poster was never used during the war. The government printed thousands but was forced to halt its poster programme after the “Your Courage” poster received significant criticism. The Government retained a large stock pile of the “Keep Calm” posters for future use but a paper shortage in 1940 forced the government to recycle the remaining posters. This poster was rediscover in the early 2000’s. For some reason people loved it. In 2008 companies began churning out merchandise based on the poster and parody products became extremely popular.

FireStar Toys produced a series of torso pieces based on the iconic poster. If you supported the U.K. remaining in the European Union you could consider purchasing a “Keep Calm and Remain” torso piece for your sigfig. Alternatively, if you supported leaving the European Union you could purchase a “Keep Calm and Brexit” jumper. I think the Brexit jumper would work wonderfully as an alternative torso piece for Minifigures.com’s Boris Johnson minifigure. 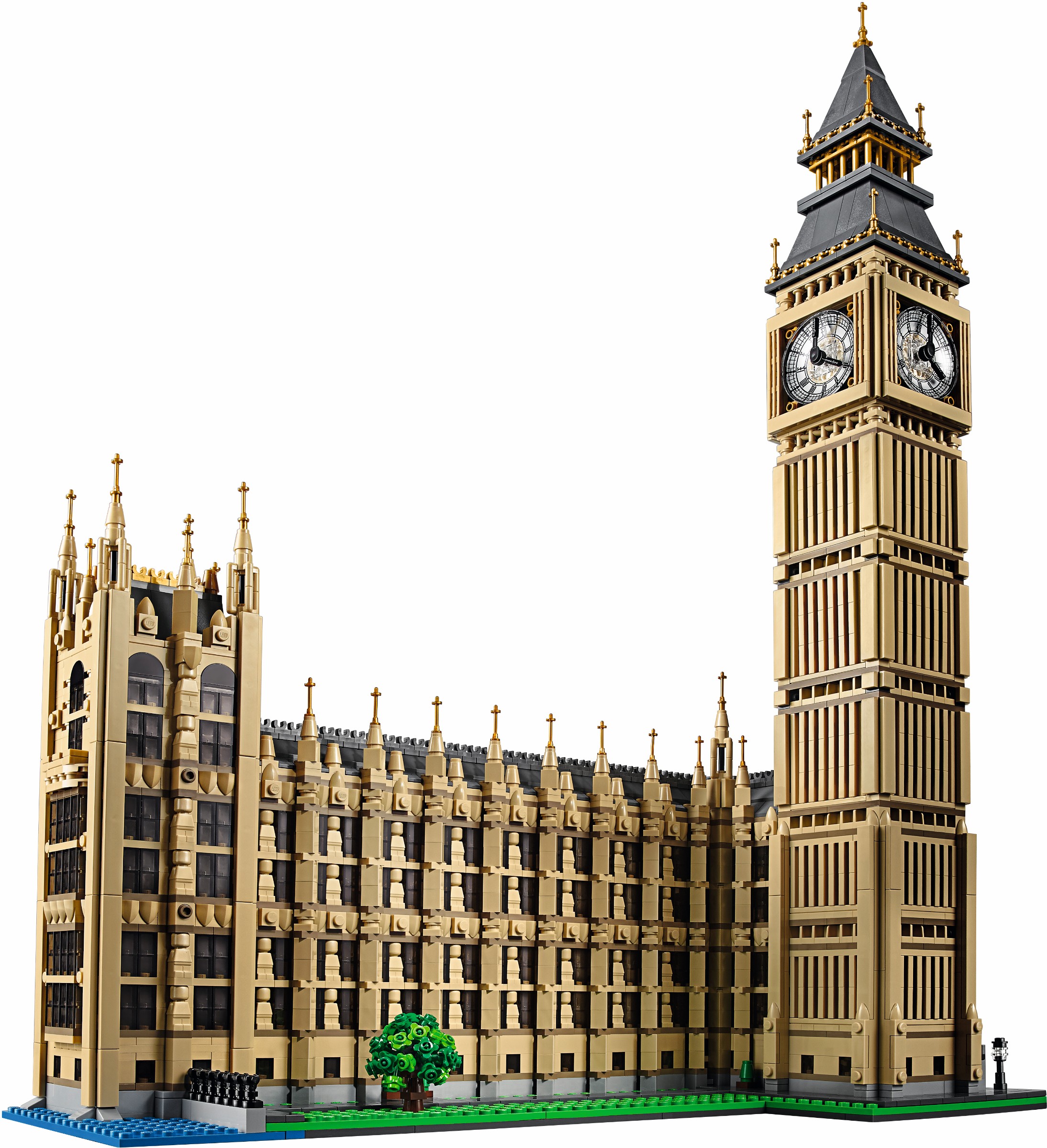 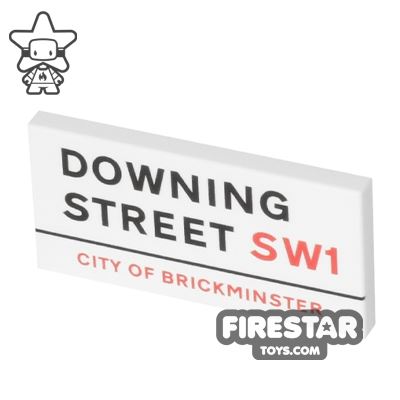 LEGO has made a President minifigure! In 2014 LEGO launched a series of minifigures to coincide with the release of the first LEGO Movie. As well as including fictional characters like Emmet and Wyldstyle, the CMF series included famous historical minifigures such as the legendary playwright William Shakespeare. The series is particularly noteworthy as it included a minifigure based on the 16th President of the United States, Abraham Lincoln. I think this minifigure is great. I love the exclusive Gettysburg address tile. If you wanted to make this minifigure more realistic it would be easy enough to replace the yellow skin parts with pale flesh head and hand pieces. 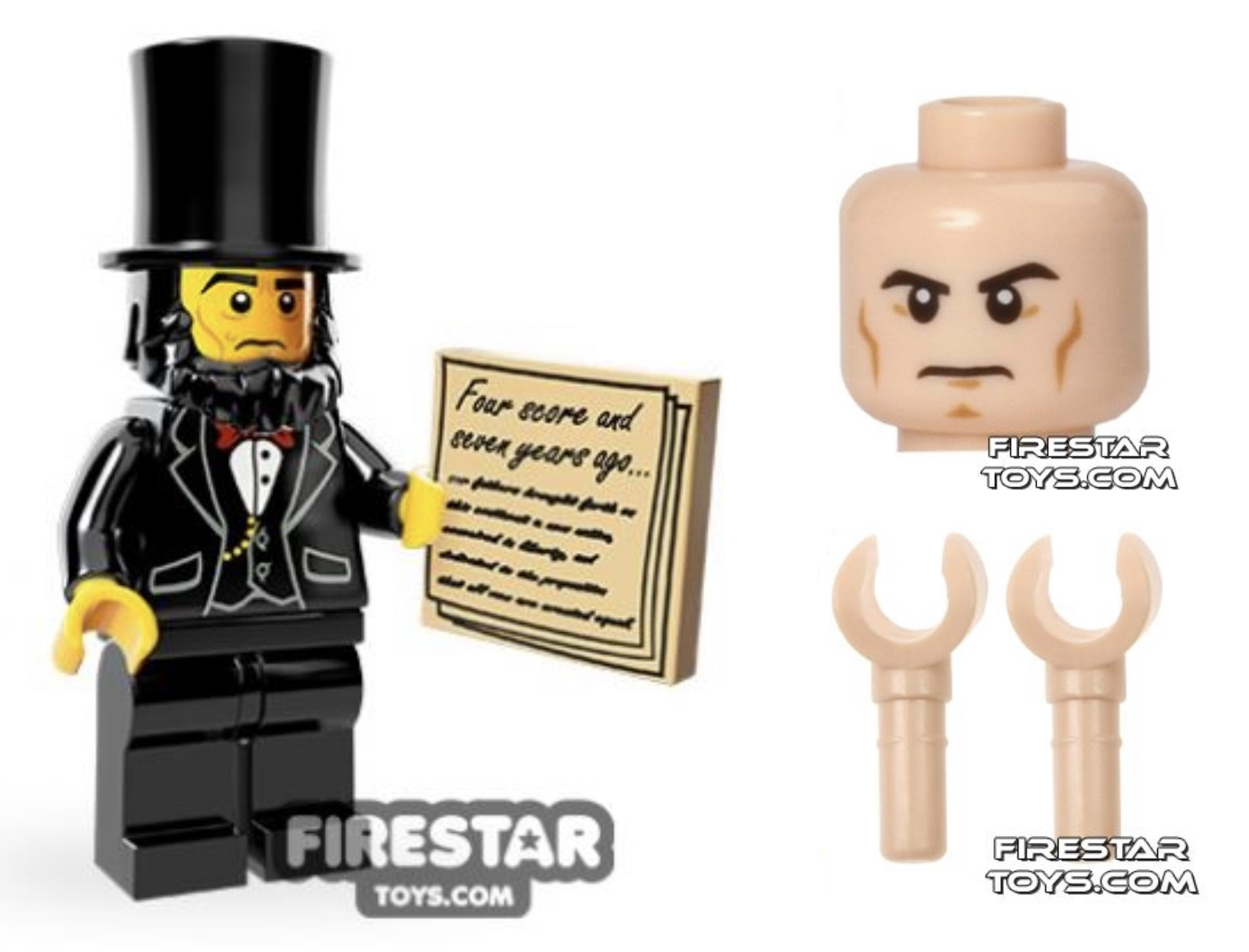 Abraham Lincoln is the only US politician that LEGO has produced in minifigure form. Fortunately, FireStar Toys have produced a further two President minifigures. They produced the 44th President, Barack Obama, and the 45th President, Donald Trump. 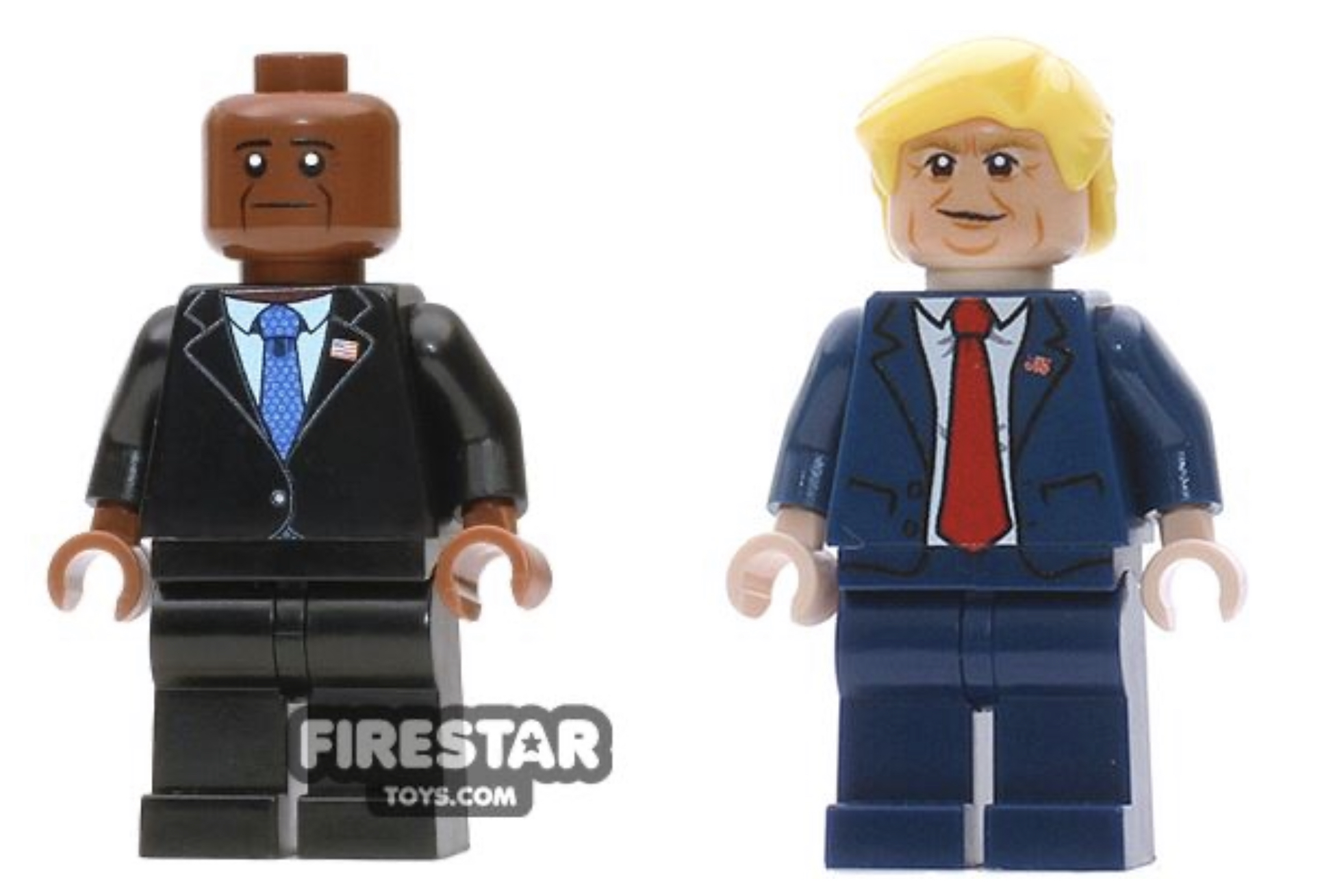 Fans of Home Alone may want to purchase the Donald Trump minifigure as he appeared in the second Home Alone film. LEGO recently confirmed that a Home Alone LEGO IDEAS project is being produced so there’s never been a better time to get a President Trump minifigure.

Minifigures.com has also produced several other American Politicians. They released a custom printed Davy Crockett minifigure. Although many people remember him as the swashbuckling hero of several Disney films, Davy Crockett was also a Congressmen. 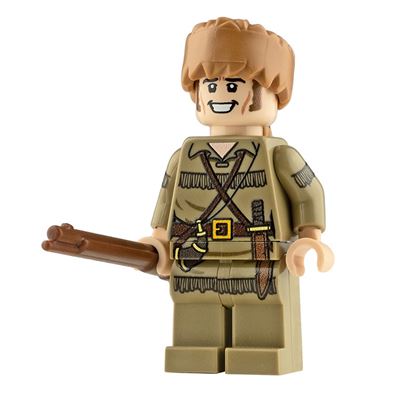 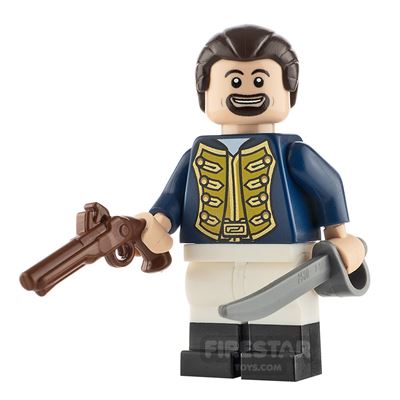 The White House and Capitol Hill

LEGO has made several government buildings in its architecture line. In 2016 LEGO released set 21030, the United States Capitol Building. The set retailed for £85 and included 1032 pieces. In 2020 LEGO released a new version of the White House for the LEGO Architecture line. This version was much larger than its predecessor, including both the west and east wings of the building rather than just the residence. The set retails for £90.

Minifigures.com have made other key political minifigures. Nelson Mandela and Martin Luther King Jr. are both available in minifigure form. 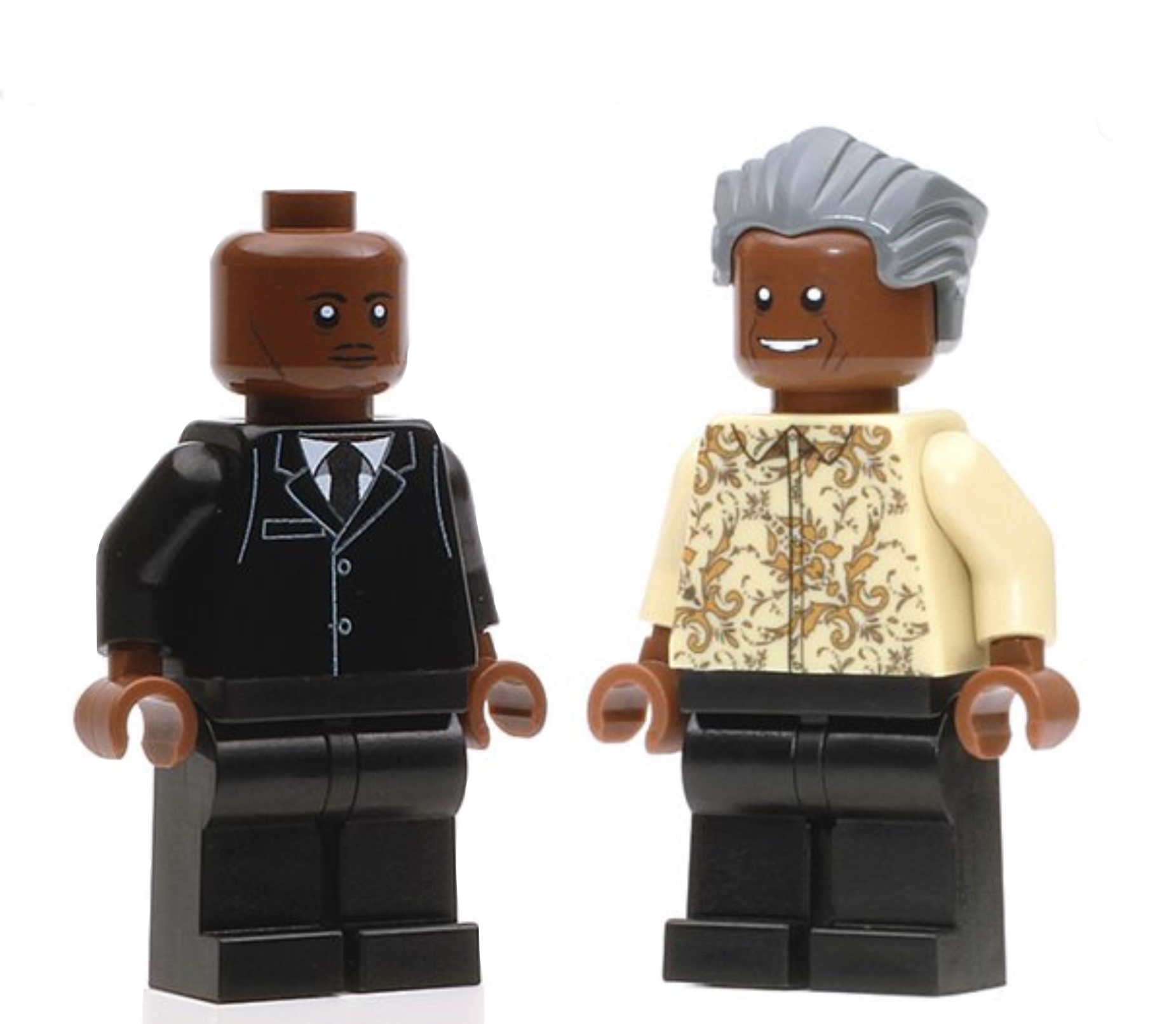 Politicians from TV and Film 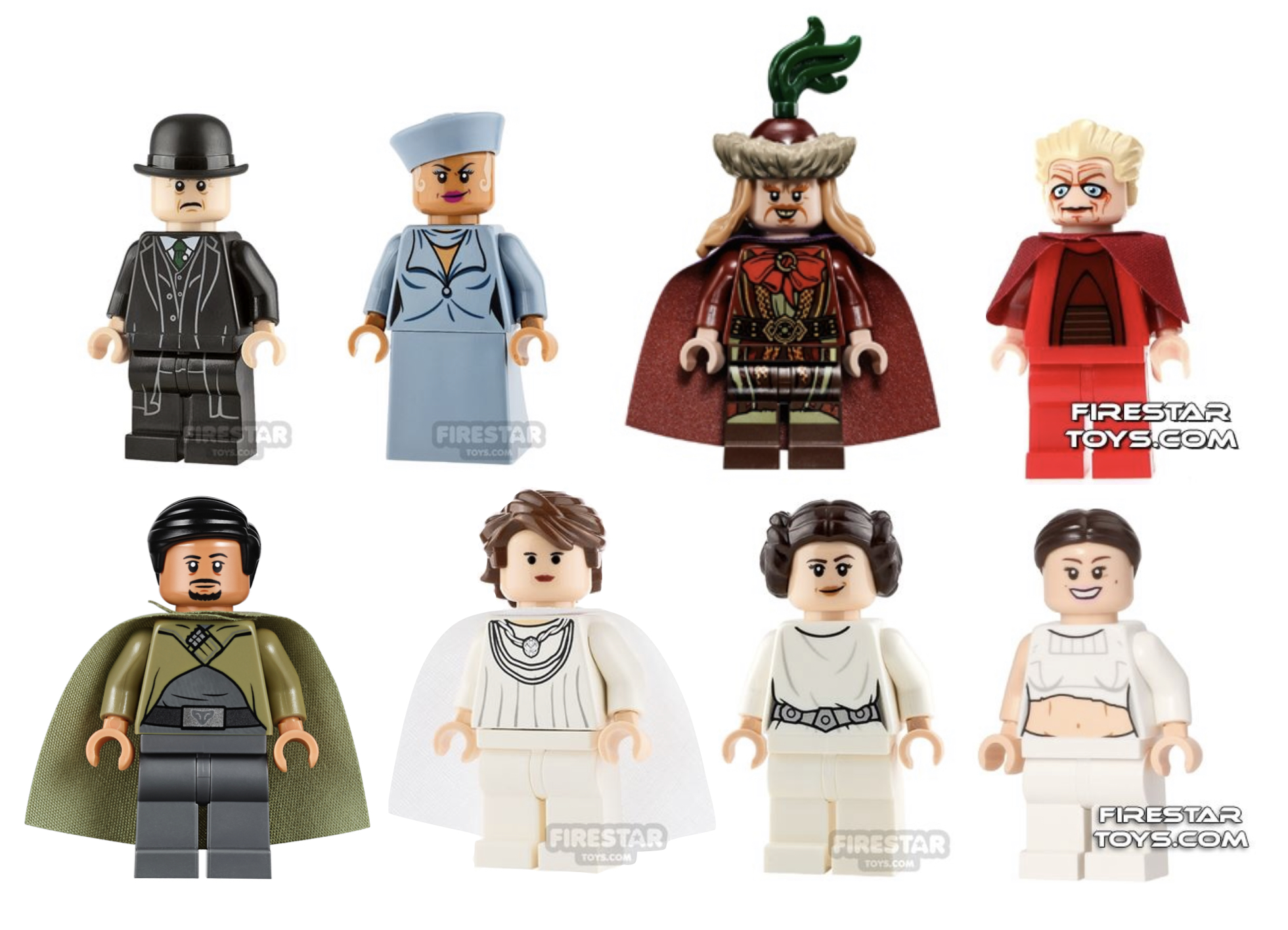 However, LEGO has yet to make any sets or minifigures based on political TV series.

Unfortunately, the chances of LEGO producing sets based on a Political TV series is extremely slim. The LEGO IDEAS website states that the Parks and Recreation IP isn’t appropriate for a LEGO set. Other sitcoms like Big Bang Theory, Friends and Seinfeld were all approved. This leads me to conclude that Parks and Recreation isn’t allowed due to the show’s political themes (the series follows workers in local government). Unfortunately, this means the chances of LEGO sets on Political TV series is practically nonexistent. 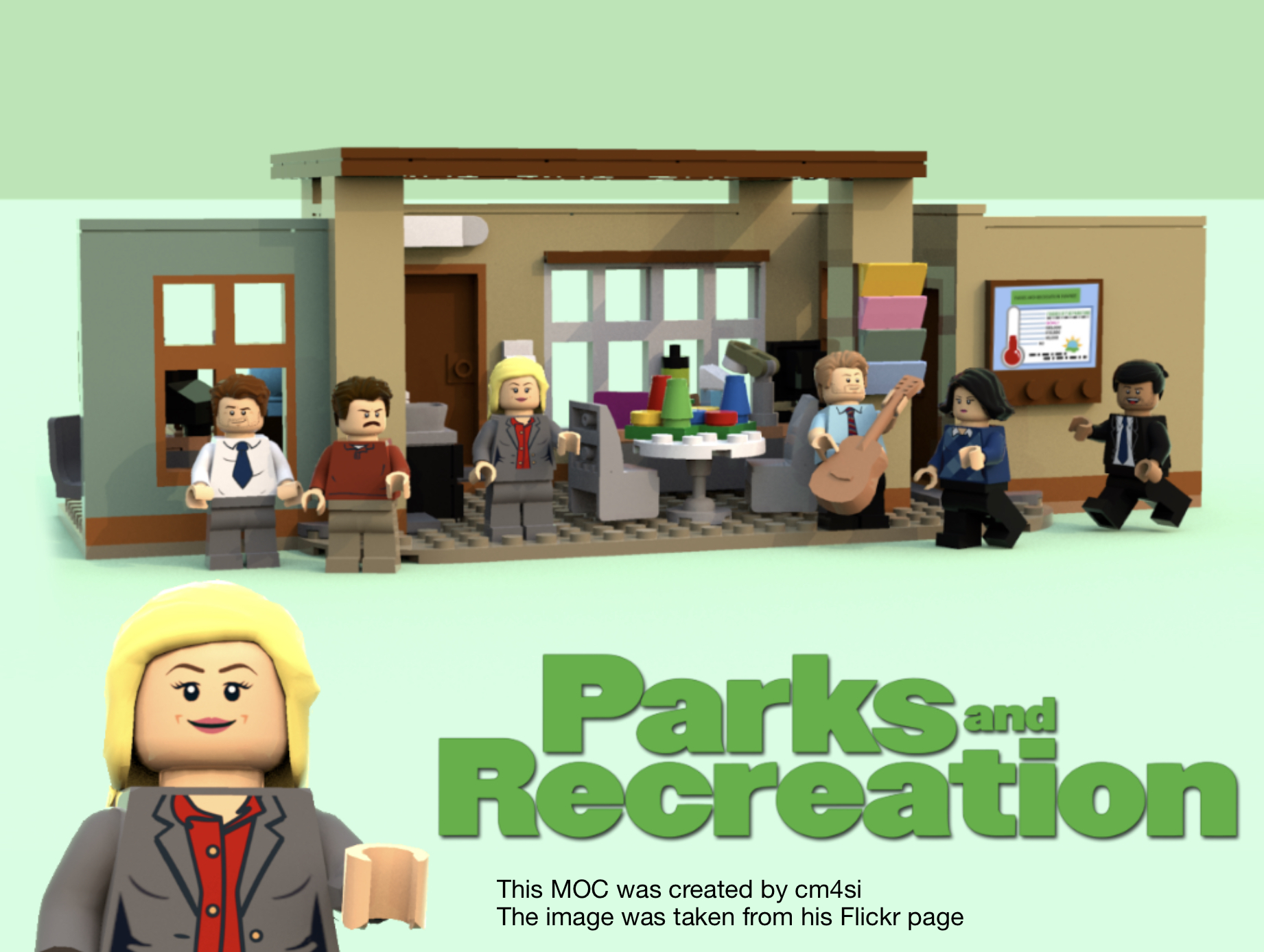 Fortunately, FireStar Toys has produced a custom Ron Swanson minifigure. Hopefully this is enough to console AFOLs that want LEGO to make a Parks and Recreation set. 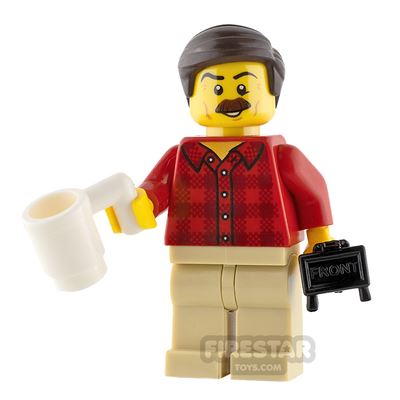 Thanks for reading. Were you surprised by anything in the article? Do you think LEGO should produce sets based on political TV series like Parks and Recreation? Please let me know your view in the comments section.

Images in this article were taken from Firestar Toys, Brickset and cm4si’s Flickr page