This refers to a project I started in April 2020. I wanted to create the famous detective’s home in Baker Street. Equipped with the following floor plan designed by Ernest Short and many visits to the FireStar Toys website, I have been able to slowly bring to life the apartment in 221B Baker Street, and create LEGO Sherlock Holmes’ home. 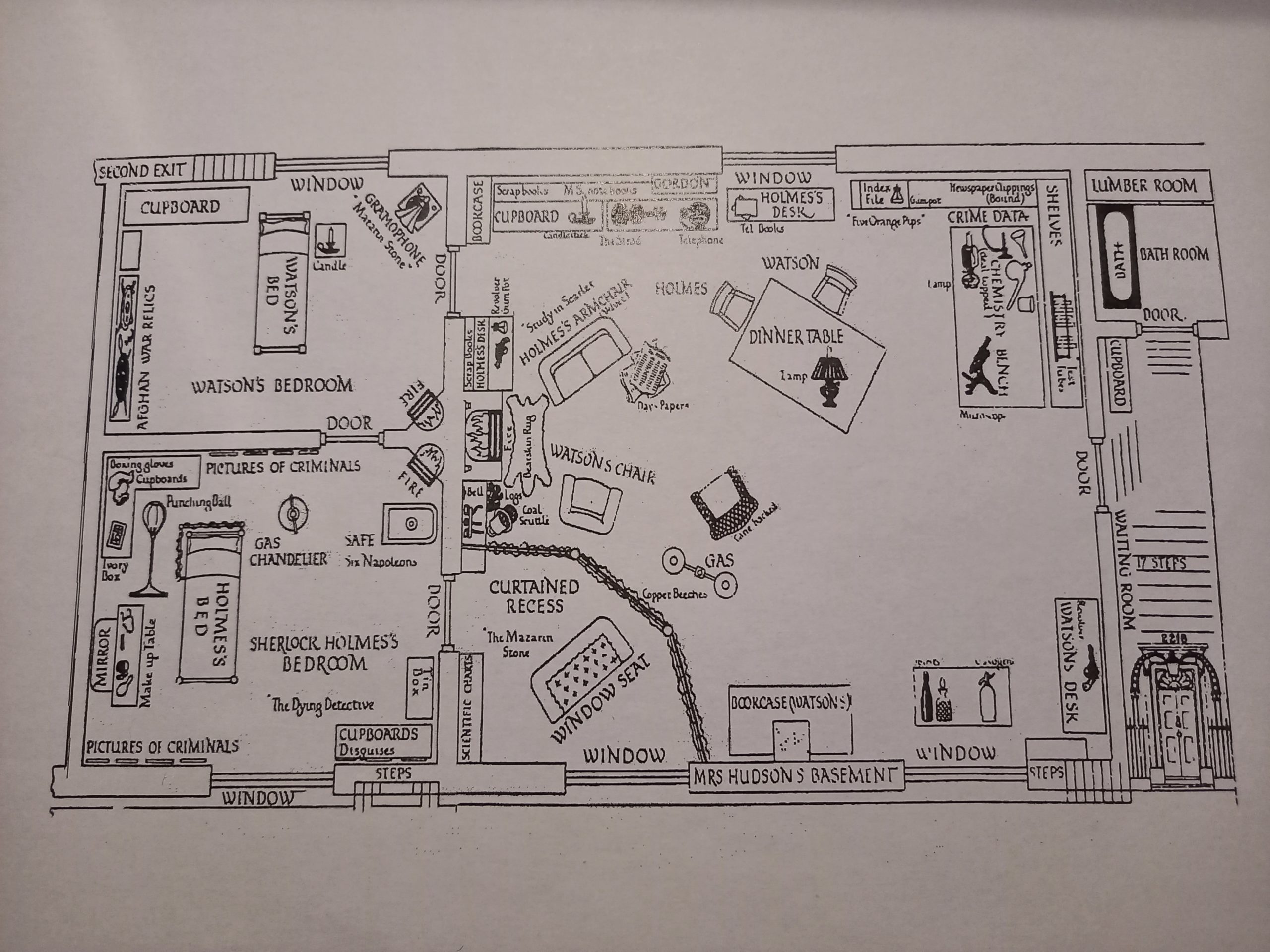 In the next few photos, I would like to share with you all the choice of accessories I acquired from the FireStar Toys site to furnish and bring added realism to the final look I wanted for the home. I think that you will agree that it features not only everyday objects we can imagine in a normal residence, but also, those very objects that we associate with the famous fictional ‘consulting’ detective and his trusted partner Doctor John Watson. I have added my own personal touch in the form of a black cat which brings an element of mystery and intrigue. 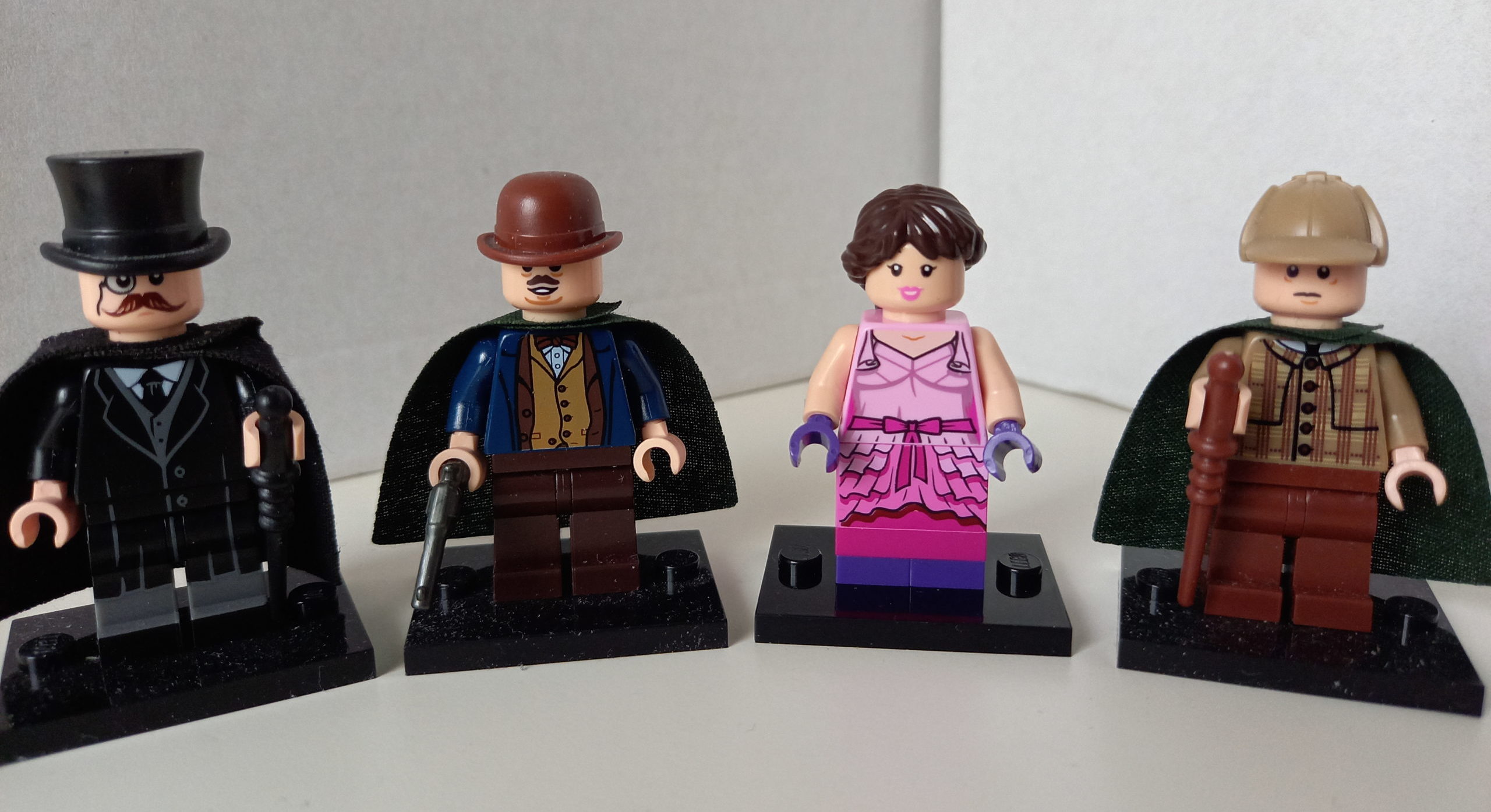 Facing up to the name

I also wanted to have minifigs to share (or frequent) the home, as it was, for me the first step in the process. So, as well as a LEGO Sherlock Holmes and Watson, I have a Mycroft Holmes (his older sibling) and Mrs. Hudson (or Enola Holmes).  Below you can see the choice of head, torso and hair (or hat) chosen for each character.

Other accessories that can be carried, worn and in one’s hand are cloaks, walking sticks and a ‘450 British Bull Dog’ revolver – the very handgun used by Dr. Watson. The one in the photo is a Webley revolver as the ‘Bull Dog’ is not available, at least not, for any LEGO minifigures.

For personal accessories I chose typical objects such as a violin, a chessboard and magnifying glass:

Home accessories were also important in getting the ‘look’ just right:

A warm and welcoming fire that would befit a home of the late 19th century with wall tiles to complete the look. 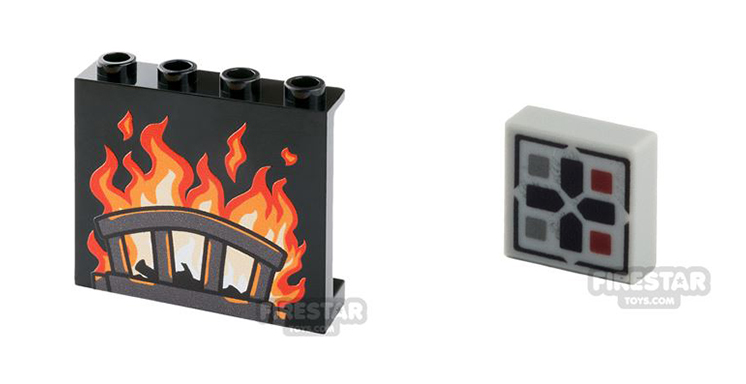 The cherry on the cake me was acquiring the Baker Street sign along with a customised FireStar Toys tile which figures ‘221B’; white lettering on a black background (1 x 2). 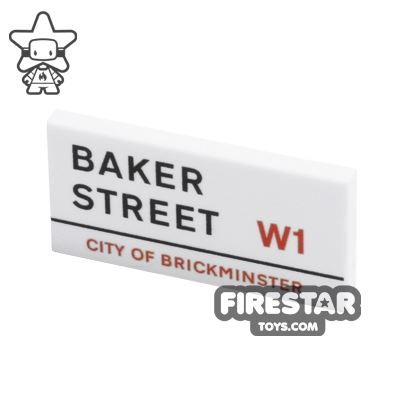 In addition, I equipped the home and the bookshelves with several books (hinge and cover in the same colour) in reddish brown, black, dark grey and dark pink in different sizes and formats.  The bookshelves were made, in part, with reddish brown (1 x 4) wood grain slats. 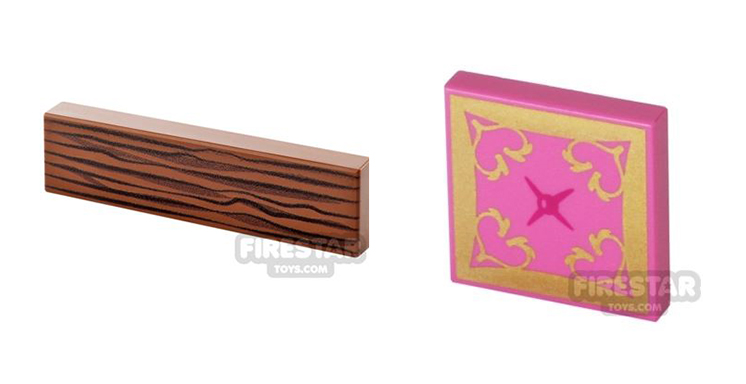 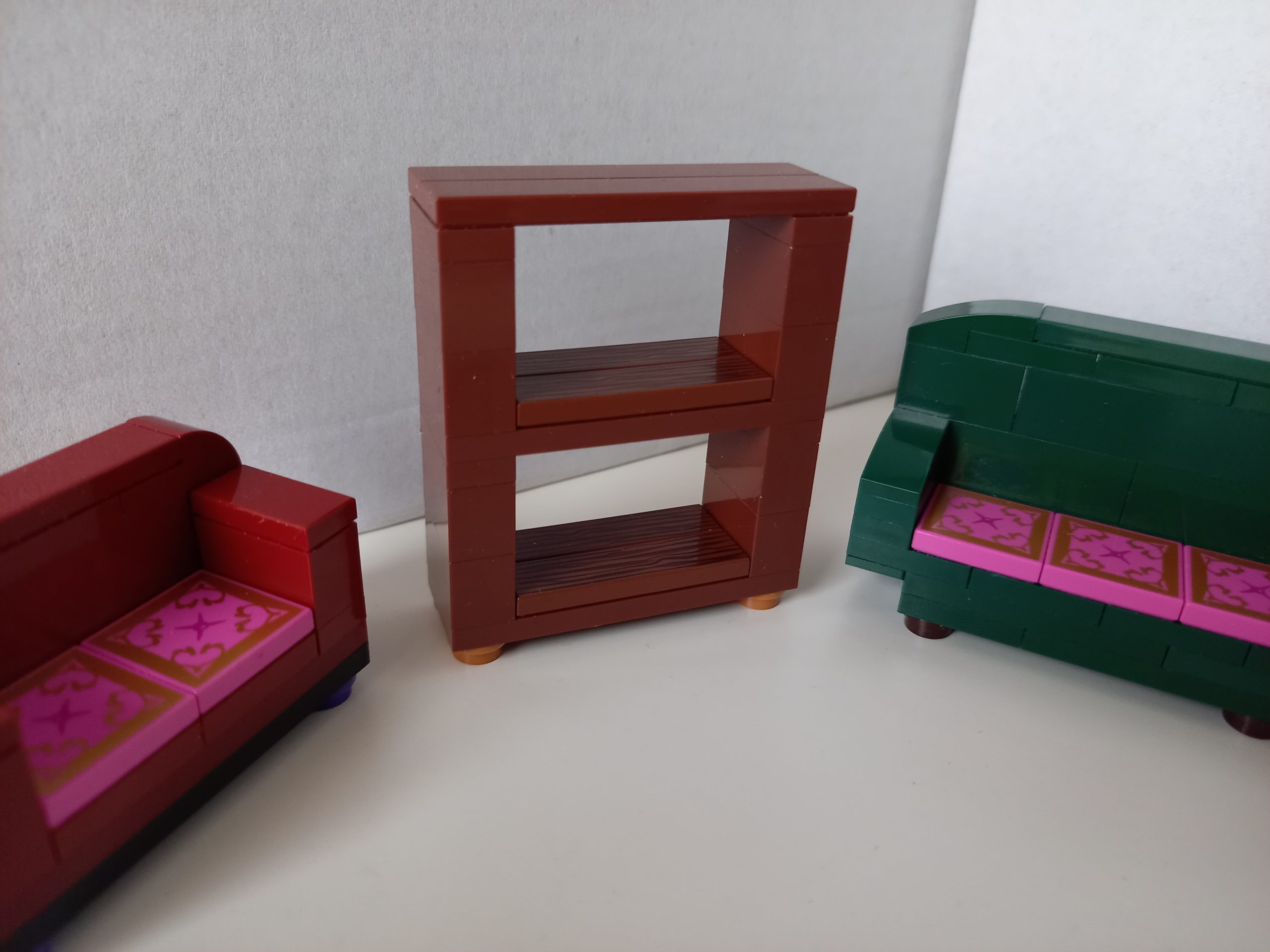 A luxurious looking pink and gold cushion tile to add a much-needed dash of colour.

Letters and envelopes, stamps and pens to adorn Holmes’ and Watson’s desks at their home.

For the outside of the home, I wanted to keep it simple. The outside walls are in a light bluish grey and have these gold latticed windows in black frames with the street name on the side: 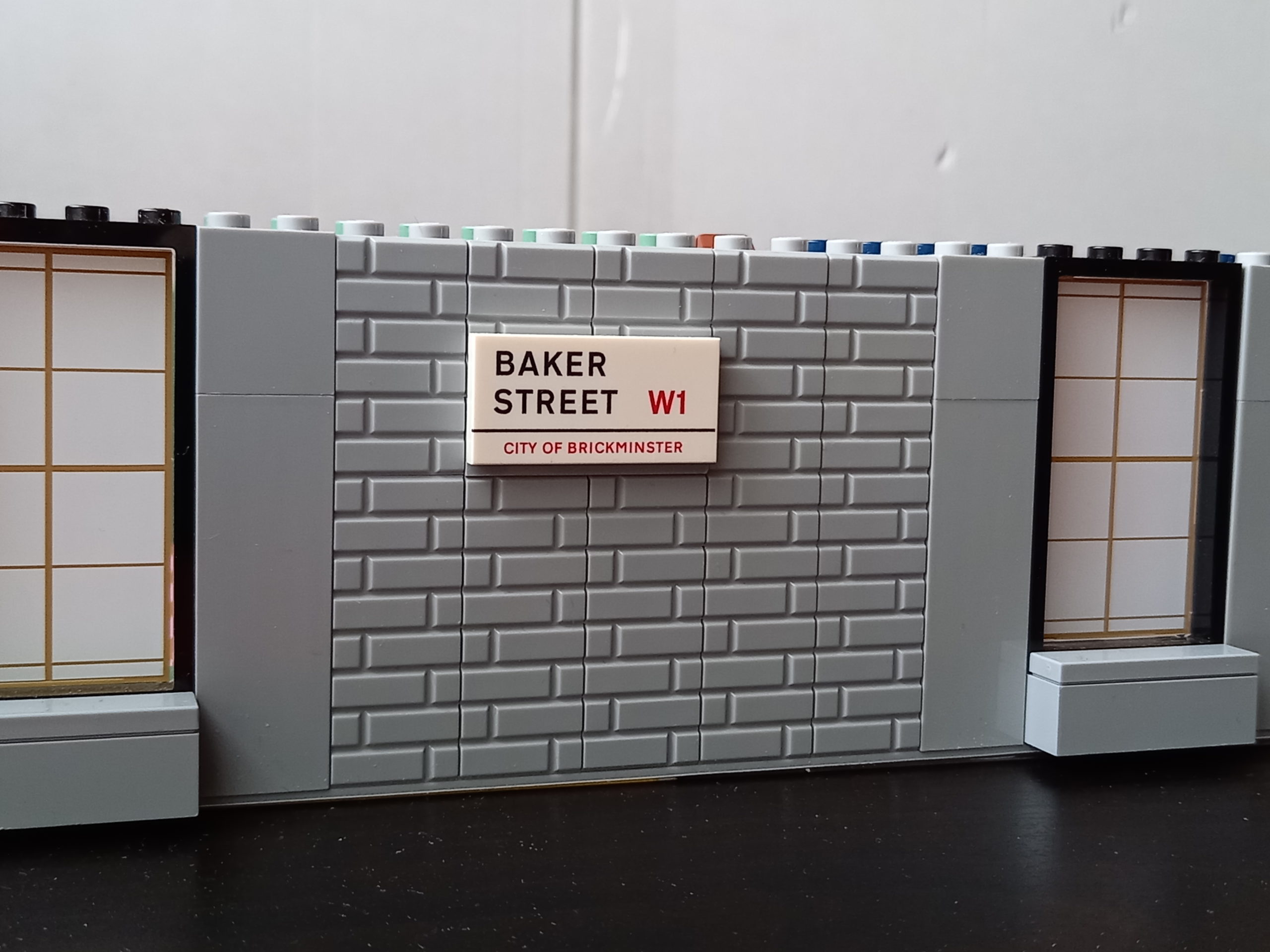 The photo below shows LEGO Sherlock Holmes without his ‘deerstalker’ (hat) outside his home. Again, the colours that I have decided to use are simple as I wanted to invite the ‘viewer’ inside where there will be more colour, shape and form. 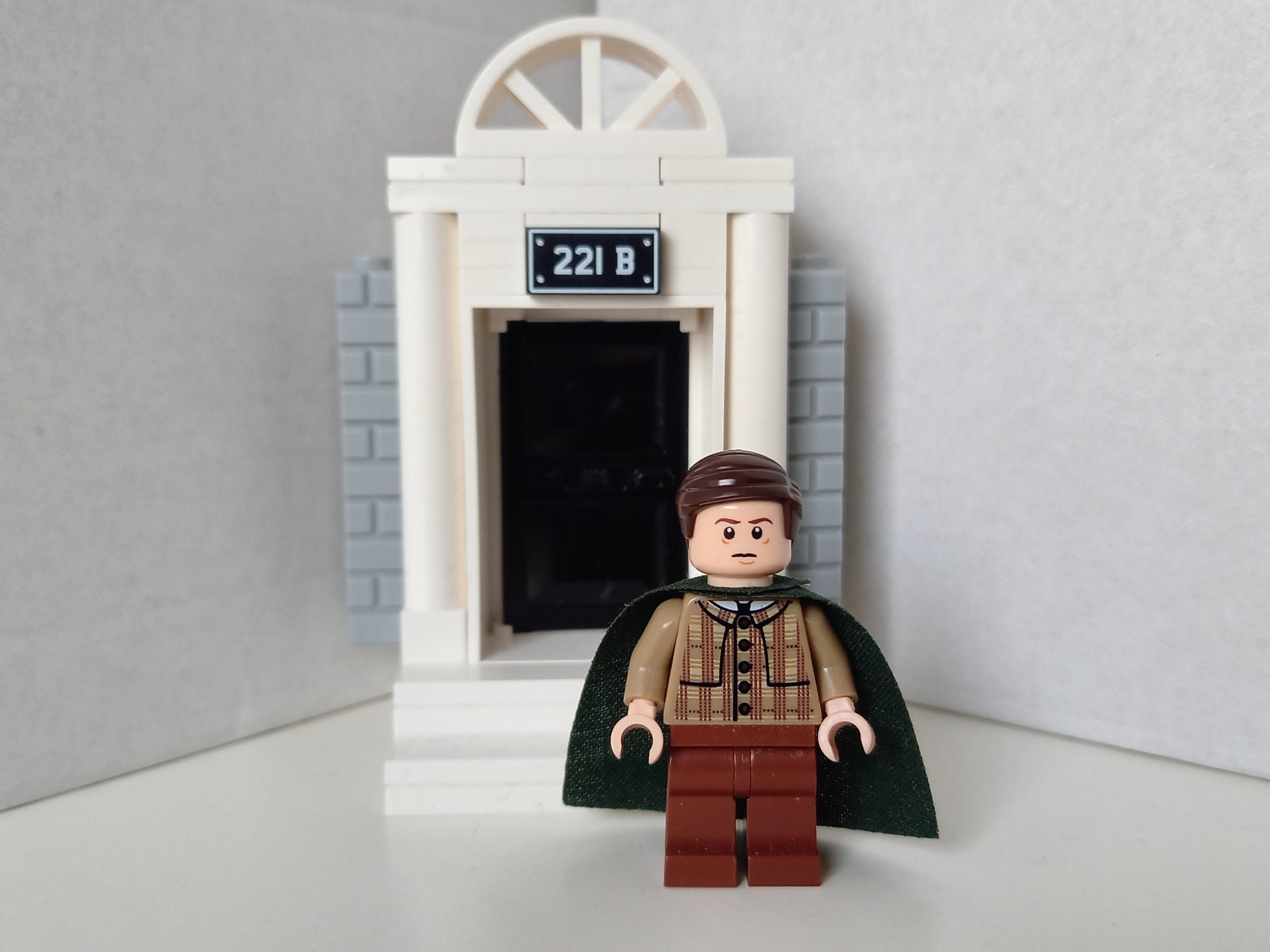 Welcome to my Home

As Sherlock’s home has not yet been completed, this article will serve to give you a first look at the home and how I have interpreted the above original drawing made by Ernest H. Short in 1948 for ‘The Strand Magazine.’ A later article is planned along with different photos showing the interiors of all the rooms and the finished home.

Based on original floor plan, there are two bedrooms, a centralised heating system which will serve not only the main living room/dining room/studies (one for Watson and Holmes) and desk space, but also, two separate spaces. One of them is to house the many disguises and apparel that Holmes possesses when working ‘under cover’ and another is a secret space just behind a grandfather clock. These last two spaces and rooms are my own interpretation. Any MOC needs to have a personal touch and the Baker Street home is no exception. 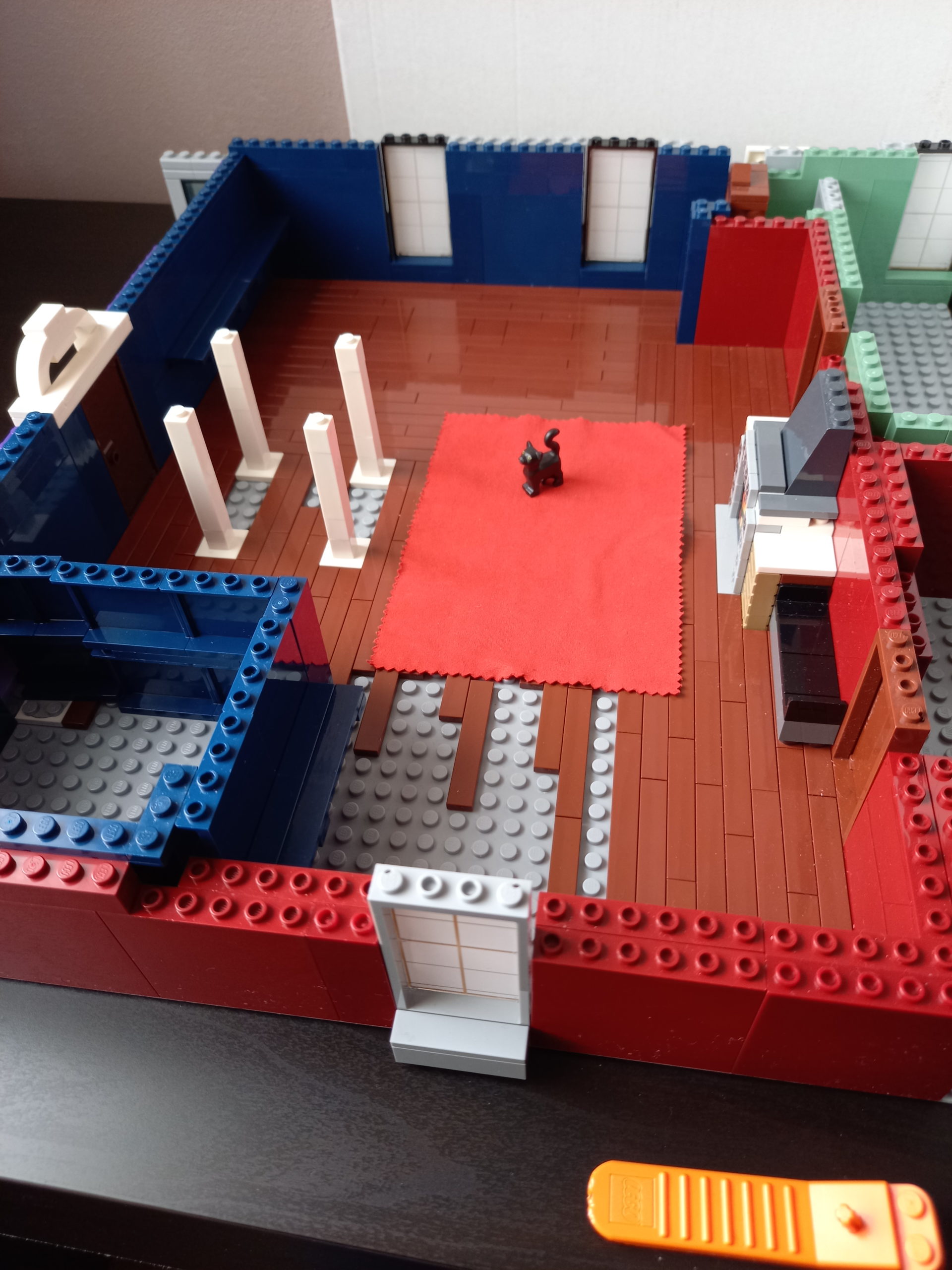 The walls of the communal living spaces are in sombre and simple tones of dark blue and dark red. The floorboards or parquet flooring is in reddish brown in varying sizes and shapes. I have added a simple orange ‘carpet’ made from a piece of fabric normally used for wiping and clearing reading glasses. As per the 1948 drawing, i have three windows on one side and two other windows on the opposite side of the home all in the same design.

I have left a space in front of the door to the apartment deliberately for a simple carpeted corridor. Above the door there is another ‘221B’ plaque.

One thing that I won’t be adding is a space for Holmes to conduct his experiments complete with test tubes, chemicals, instruments and tools.

Once this project is over, then, I look forward to showing you all what I have created. 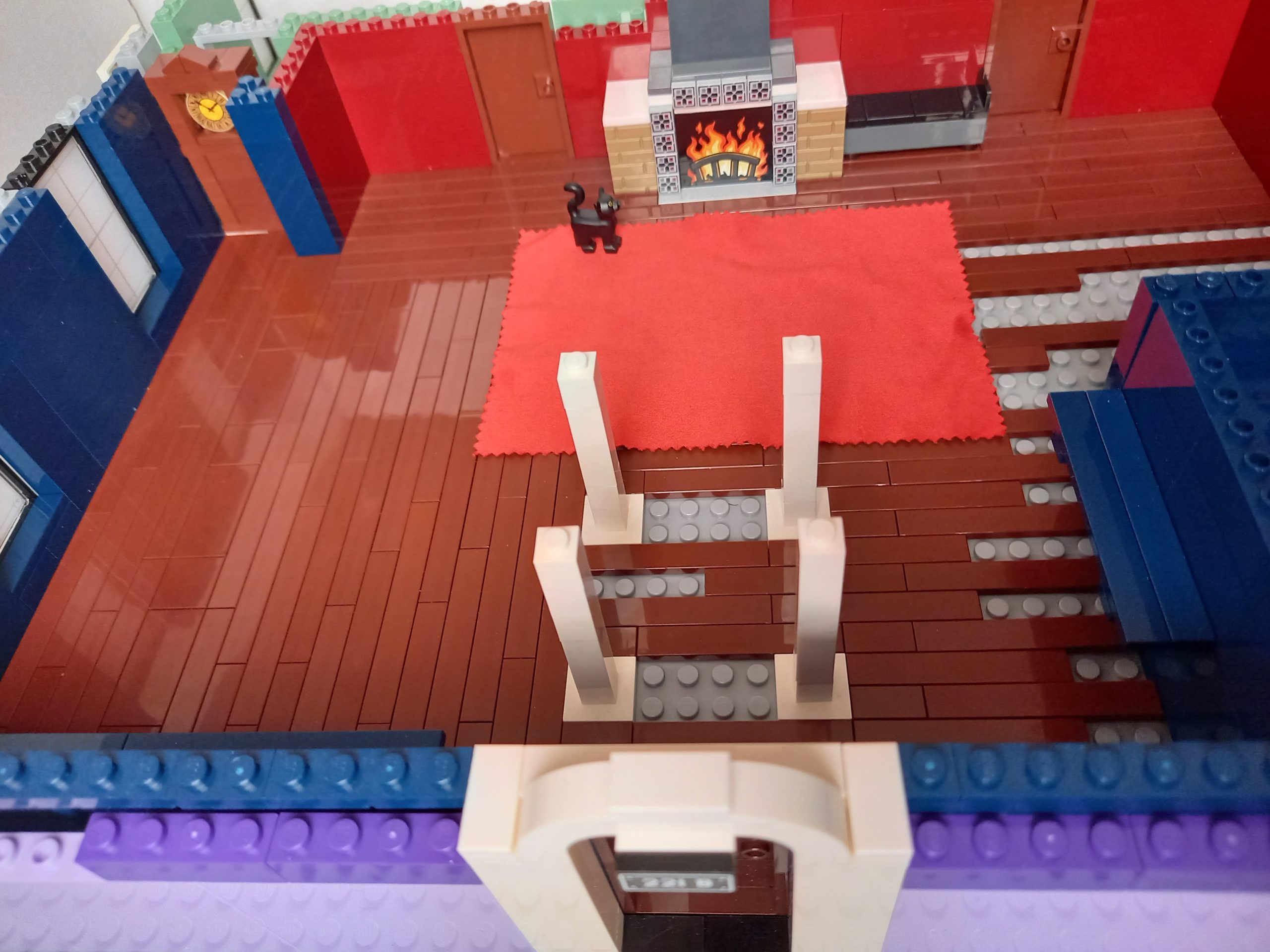 With FireStar Toys, I found and am still finding accessories, objects and pieces which will enrich and further develop and improve Holmes’ home. I will share those details with you along with corresponding photos and reference numbers in the second article. For fans of the fictional detective, I wanted to depict him and his family and friends when they were in their 30s and 40s, therefore any objects or technology would be from the late 19th century/early 20th century.

From a practical point of view, it also seemed easier to find ‘facial parts’ for younger men from the large and extensive FireStar Toys selection than for older men. Holmes was born in 1854, whereas Watson was born in 1852 (or 1853).

For the next part of the article, then, I will introduce you to the other minifigs that I needed to create and integrate into the project, notably Professor Moriarty and his right- hand man, Colonel Sebastian Morel, Inspector Lestrade among others.