Growing up in the 60’s this was one catchphrase which stuck in most kids’ heads. It was from a TV series called Thunderbirds. To a kid growing up who had never even heard of Star Wars or anything like that, it was the most exciting amazing series every produced. It involved a team of brothers living on an island, set in mid-2060’s with their ex-astronaut father. They called themselves ‘International Rescue’ and operated these most amazing machines, to save people from disasters whether natural or man-made while keeping their identity and the island a secret.

I grew up watching this when I was a little kid back in the UK, and I have to say I was in total awe. So much so that when asked what I wanted that year for Christmas, it was what every kid wanted, a Dinky Thunderbird 2, of course! 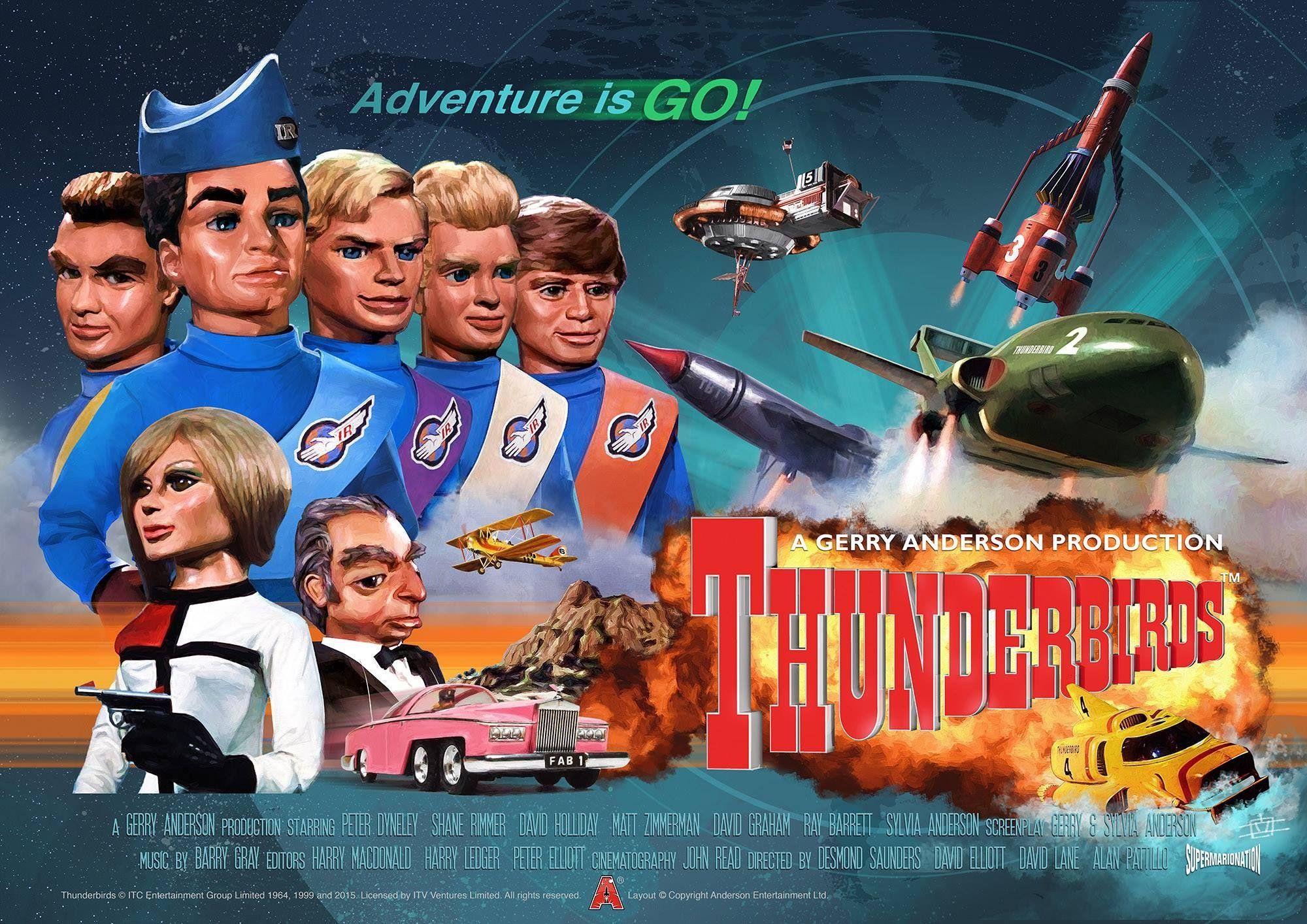 History Behind the Series

A Brother and sister team called Gerry and Sylvia Anderson created this series between 1964 and 1966, they used a form of electronic puppets to create the characters and using scale models and miniature sets to create ships & the stories. At the time, the special effects were cutting edge, and were even used in much later in live action shows like UFO and Space 1999.

The show itself spawned at least two movies based on the puppets. Thunderbirds Are Go and Thunderbird 6 released in 1966 and 1968 respectively. There was also a live action film in 2004, a stage play, and later an updated CGI version of the series.

Although the show was aimed at kids, it gained a cult status. While the stories basically contain a similar theme (which involved someone in deep trouble needing a rescue of sorts), the stars of the show were undoubtedly the ships themselves, and to begin with there were 5 (the sixth one, as mentioned, appeared in a later movie). 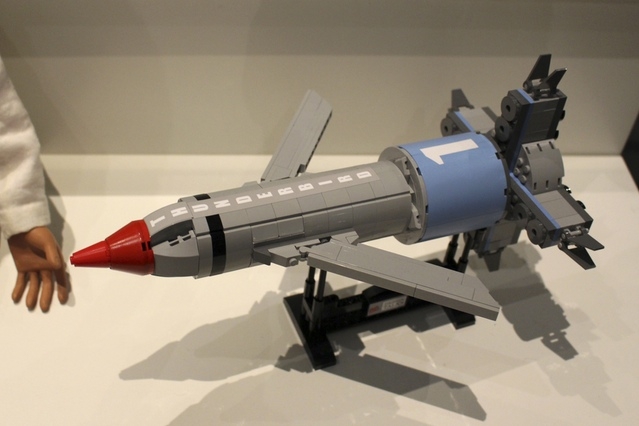 Thunderbird 1, which was the fastest ship in the fleet, capable of subsonic speeds and was always the first to arrive on the scene. Its pilot was none other than Scott Tracey, voiced by Shane Rimmer.

It was basically a rocket plane, with retractable wings. 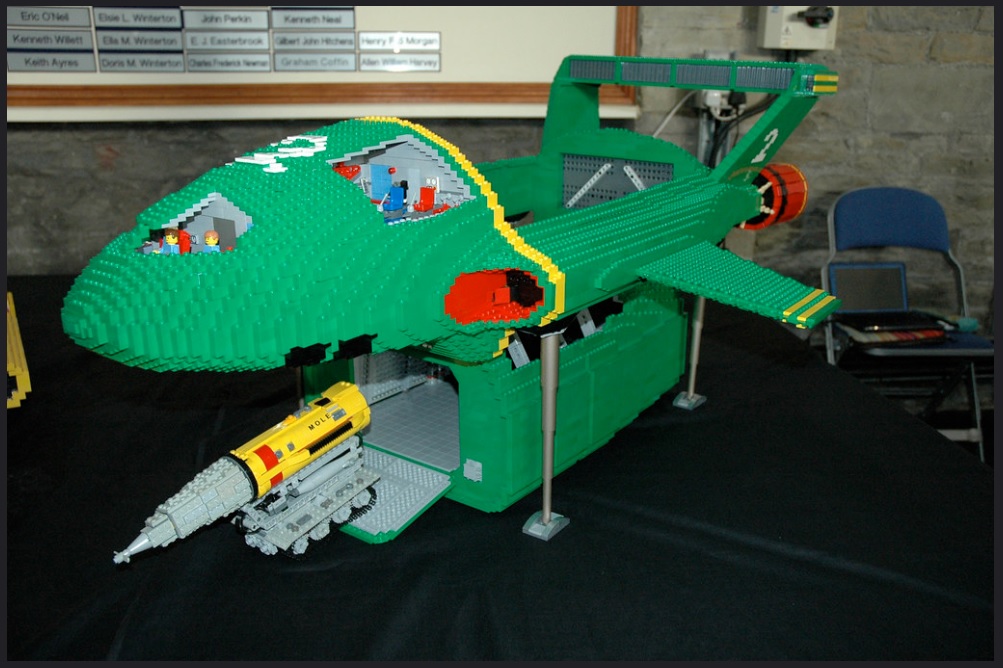 Thunderbird 2, was everybody’s favourite, was big and green and looked like a salad roll. The ship was so big, it really shouldn’t have been able to fly. It also carried pods in its mid-section which depending on each rescue would hold smaller vehicles inside it. These changed depending on what it needed for the rescue, and they were selected before launching.

Some of these, like the mole, robotic rolling platforms and, of course, Thunderbird 4 (a tiny submarine) were quite useful indeed. These were piloted by Virgil & Gordon. 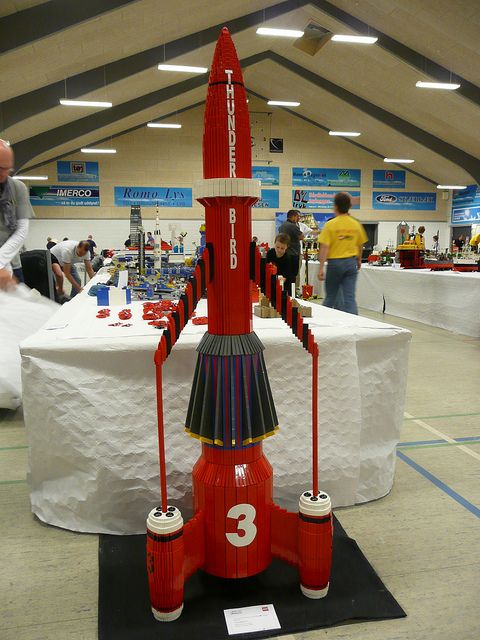 Thunderbird 3, on the other hand, was a spaceship or rocket, at least that’s what it looked like. It helped transport supplies to the space station or Thunderbird 5. Alan piloted this craft. 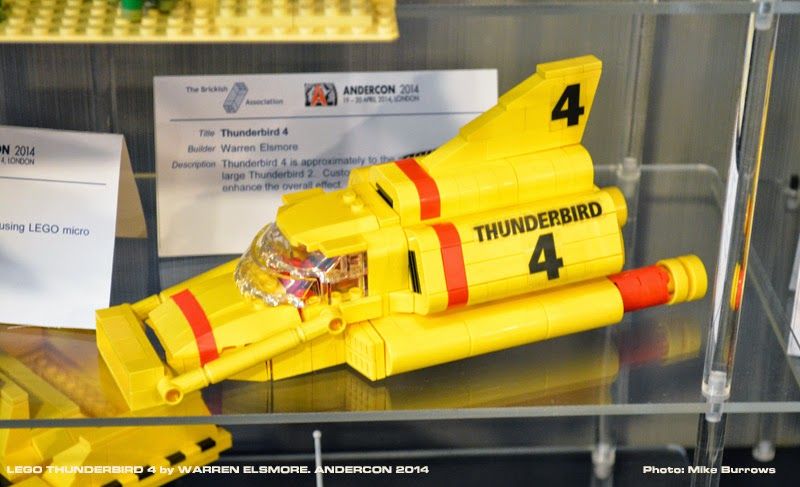 Thunderbird 4, as mentioned earlier, was a small submarine piloted by Gordon which could get into some tight spots and at times proved quite useful in rescues.

Thunderbird 5, was the main hub of the operation, in that all distress calls came through were picked up at this point and relayed to the island. John had the job of looking after this.

Apart from the ships, you also got introduced to some interesting characters along the way. The main one being Lady Penelope (voiced by Sylvia Anderson), whom, with her pink Rolls Royce, you learned later worked as  an agent for the International Rescue team in the UK and an accompanied by her ex-con butler named Parker who turned out to be a jack of all trades.

Brains, another main character, was introduced as the designer, scientist and engineer who basically came up with all the ships and the gadgets.

Jeff Tracey, who was the leader of the group and the father figure, oversaw all the rescues from the island which was located somewhere in the South Pacific. Although you never knew exactly were, that didn’t stop a villain called the Hood coming up with interesting ways to find out!

What has Thunderbirds got to do with LEGO?

Plenty! Thunderbirds had all the right elements to make an excellent theme. It had characters, colourful vehicles, and enough background story to cover any situation. Many LEGO themes could have come straight out of a Thunderbird episode: Mining, Fire & Rescue, and Police to name a few. All that was needed was the right ships and figures to tie it all together. Recently, many fans out there have taken it upon themselves to build models based on these.

The photos you see here are some prime examples of their dedication to the series.

Some, like Andrew Clarke, have even taken designing these sets to the next level by entering his design onto the LEGO Ideas website. 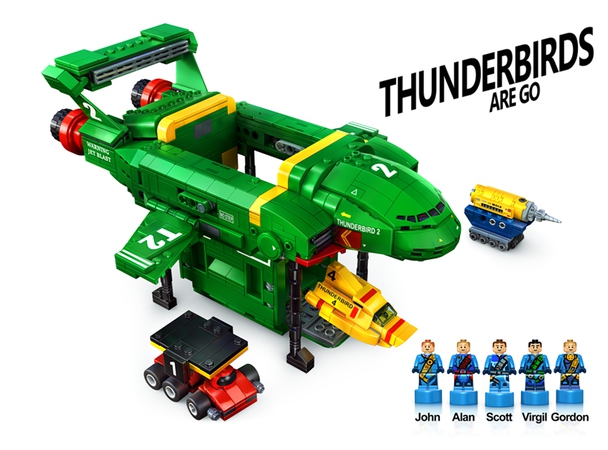 Take this brilliant example of the Thunderbird 2. The ship had retractable legs, it is highly detailed and the pod comes with 3 vehicles to use for the rescues. And did I mention you get the entire set of brothers in miniature form, two of which could fit in the ship?

I’d love to say that after all this, LEGO accepted the idea… but even after Andrew got the required 10,000 votes, they still rejected it.

I’m at a loss why, as for something so detailed as this, surely it deserves a second chance.

That was one of the main reasons for the series popularity, the fact that the ships aided in the difficult and dangerous rescues is the reason the show had such a following. Not to mention, each week trying to figure out how they are going to get themselves out of this one, always came to mind. 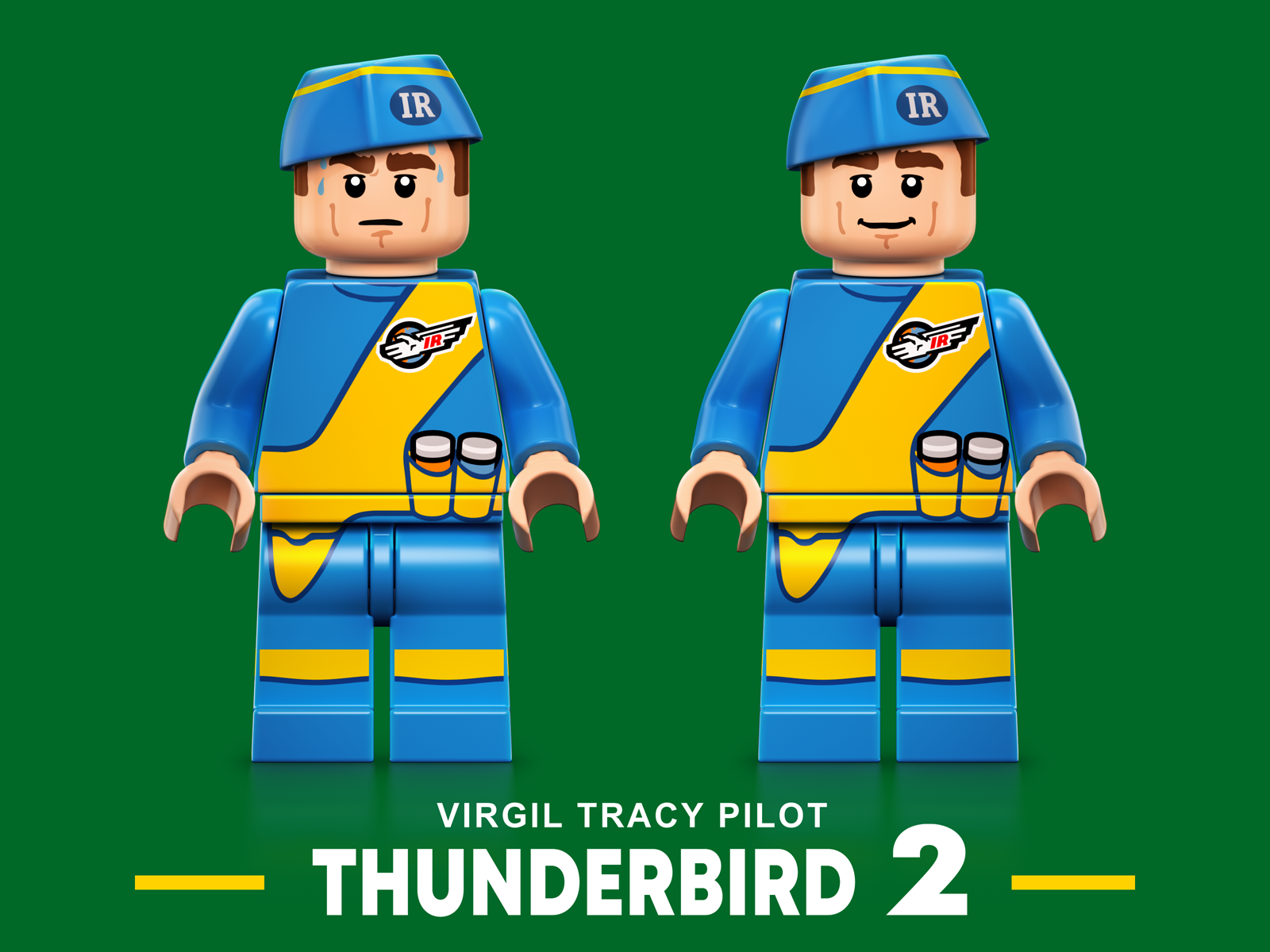 All the ships played a major part in this, and through many LEGO themes, like Rock Raiders, have shown that sets like this are possible if done right. There are several similarities between LEGO Rock Raiders and Thunderbirds. Both had a 6-figure crew, the oldest being the captain. They also used digging machines including a mole like device. Both had many transport vehicles, and everything you could want for a rescue mission.

Which is why I thought LEGO could approach Thunderbirds differently. The minifigures of the characters for example wouldn’t be that hard to make either since the hat piece has already been included with the Hot Dog Guy from the CMF series 17. I understand if something new comes along, it can be a gamble. But this is old school and recently the series has had modern makeover in CGI form for the younger generations.

Things have progress from the puppet show I grew up with, it even seems rather tame compared to what passes as entertainment these days. Thunderbirds, for whatever reason, has all the right elements and messages to offer kids, even if LEGO can’t see it yet.

LEGO has chosen to ignore Thunderbirds for many years now, while promoting many of its own themes, only to fail. What it lacks is not the material, as given by pictures of the examples shown, there is quite a lot of interest in these sets. And not just in the UK, places like Japan and the US have been watching this show for years. As for the younger generation, having a chance to build and create rescues using a media like the Thunderbird ships built with LEGO, would be something new.

As for the older generation, most of us still have a fondness for the series, even now. 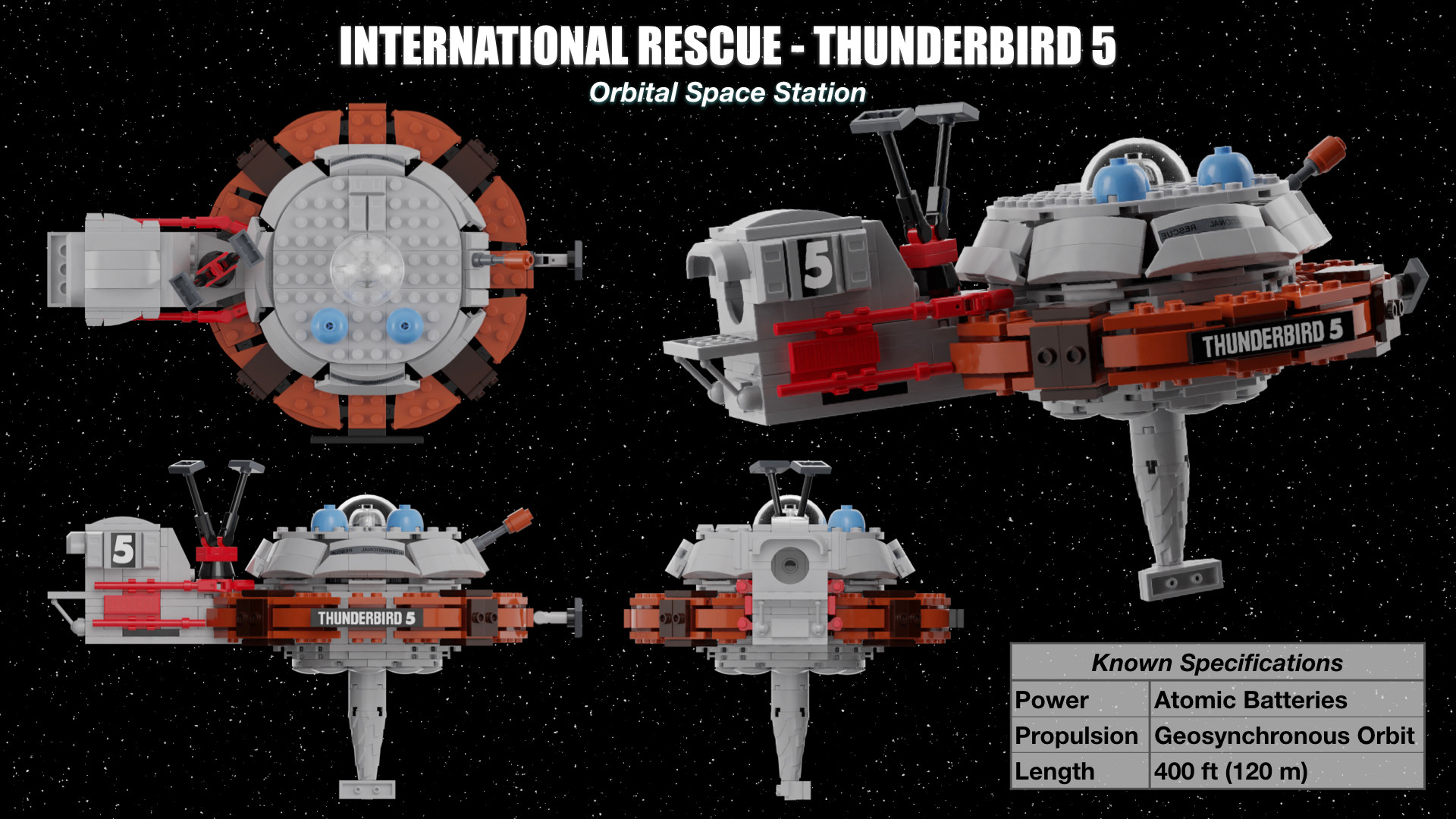 LEGO Hogwarts Express: A Review of the Magical Set 75955