Ladies and gentlemen, since the beginning of July, we’ve been having interviews with AFOLs of different kinds. Last Friday, we took a break from our regular interviews, and started something different: Meet the team of the FireStar Toys blog. As you may have noticed, there is a great variety within our team, and we are all more than happy to tell you more about ourselves. 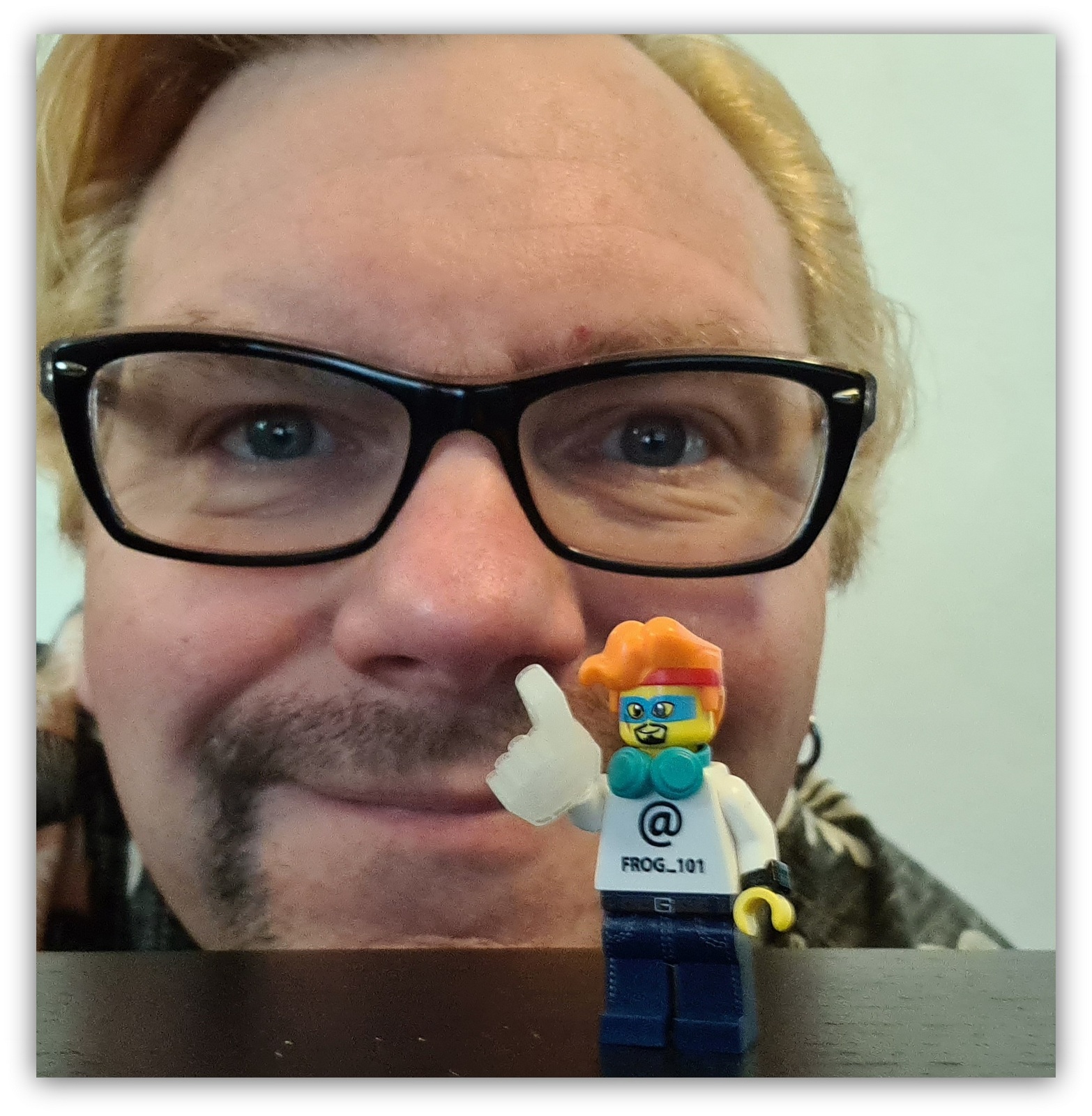 David, can you tell us a little bit about yourself?

Hi Tom, thank you! Yes, I’m David and I am an AFOL (phew! It’s nice to say that out loud!). I’m on the wrong side of 50 years old now and I now live in the very rural area of Somerset in the UK, where I moved to from London about ten years ago.

As well as a growing amount of LEGO bricks, I share the house with my wife and three cats. 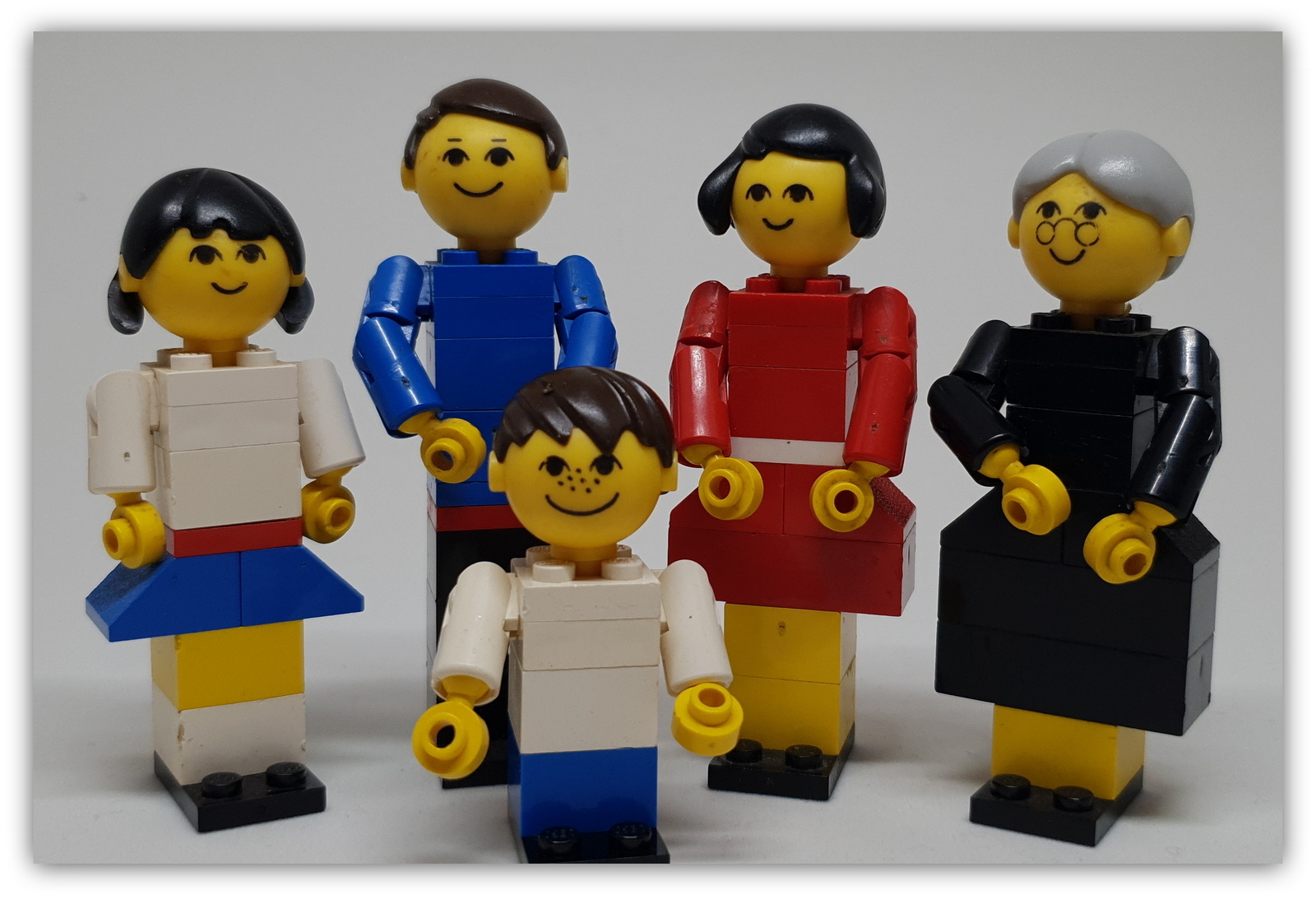 We are definitely going back in time for this one! I think the first set I had was when I was about eight, so that would be mid 1970’s. Back then the construction was much simpler and far more basic. I do recall that back then you could get books with building ideas in them; if you had enough bricks, you could build whatever you liked. I remember getting my first minifigure; it came from a cereal giveaway and was in really high demand!

I also recall my first Technic set; it was the LEGO helicopter (set 852, released in 1977) and I got it as a Christmas present. What I do regret is that I didn’t keep the blueprint poster that came with the set; even though I lost the box and the instructions, I reckon that poster would look really cool now!

I’ve always had some LEGO around me since I started, but about fifteen or so years ago I had a lightbulb moment and the LEGO came out once more; and once the LEGO had been brought down from my loft (and my wife’s parents loft!) it has never gone back!

What about your journey with photography and blogging? I notice a lot of broader photography, as well as collectible-centred photography, on your page!

Interestingly perhaps, but I think it was more of a convergence of three interests! Working in IT all my life, the idea of having a digital presence was a really cool thing and I was an early adopter in developing web pages so it wasn’t too much of a leap to start blogging.

But it was my third interest, Scouting, that I think brought all these things together. About fifteen years ago that everything started to come together. I had created a blog site for the Scout Troop and I realised that by using LEGO figures I could show how to read a six-figure grid reference, take bearings etc and all from the safety of my dining room table; no need to go outside! Also, using the LEGO figures meant that the Scouts would be able to relate to them!

From that, I realised I could then use the same figures for any other ideas that came into my head. Once I started to share these ideas on Instagram, my eyes were opened to the other possible toys that I could use and the whole thing totally snowballed from there! 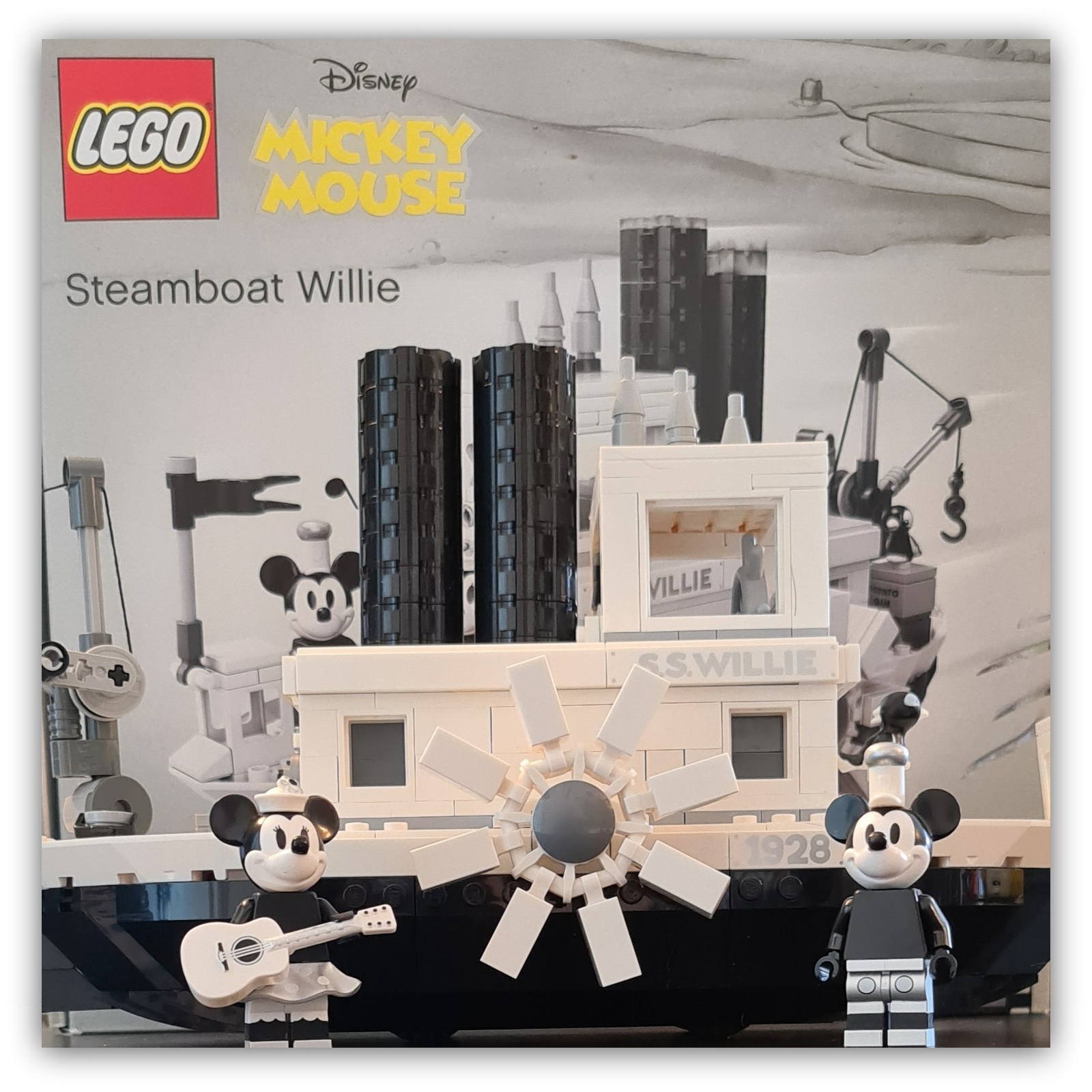 How long have you been collecting film and LEGO memorabilia for now, and do you have any favourite pieces?

I don’t think I’ve ever set out to purposely collect film and LEGO memorabilia. I have collected at least one figure from every Collectible Minifigure series released to date. We also have a number of Star Wars figures, but those are more my wife’s collection than mine. They live in my study because we try to contain the sets there!

I was going to say that my favourite film related LEGO memorabilia must be the Tower of Orthanc (set 10237, released 2013). It is the only LEGO build that has been allowed to displayed outside of my study which I’m glad about because it is really tall; however that is probably now second place to the 2019 Steamboat Willie (set 21317)

; I love the black and white nature of the set. It is also the only set in my collection where I have displayed the box as well as the set itself; normally the boxes get folded away or thrown out.

Do you have a favourite LEGO theme?

I think my favourite theme is currently the Friends theme! It has a nice mix of affordable buildings and action sets. Originally perhaps it would have been the City theme, but in my opinion most of the City sets have either focused on large modular sets, or on action and activities taking place outside the city. 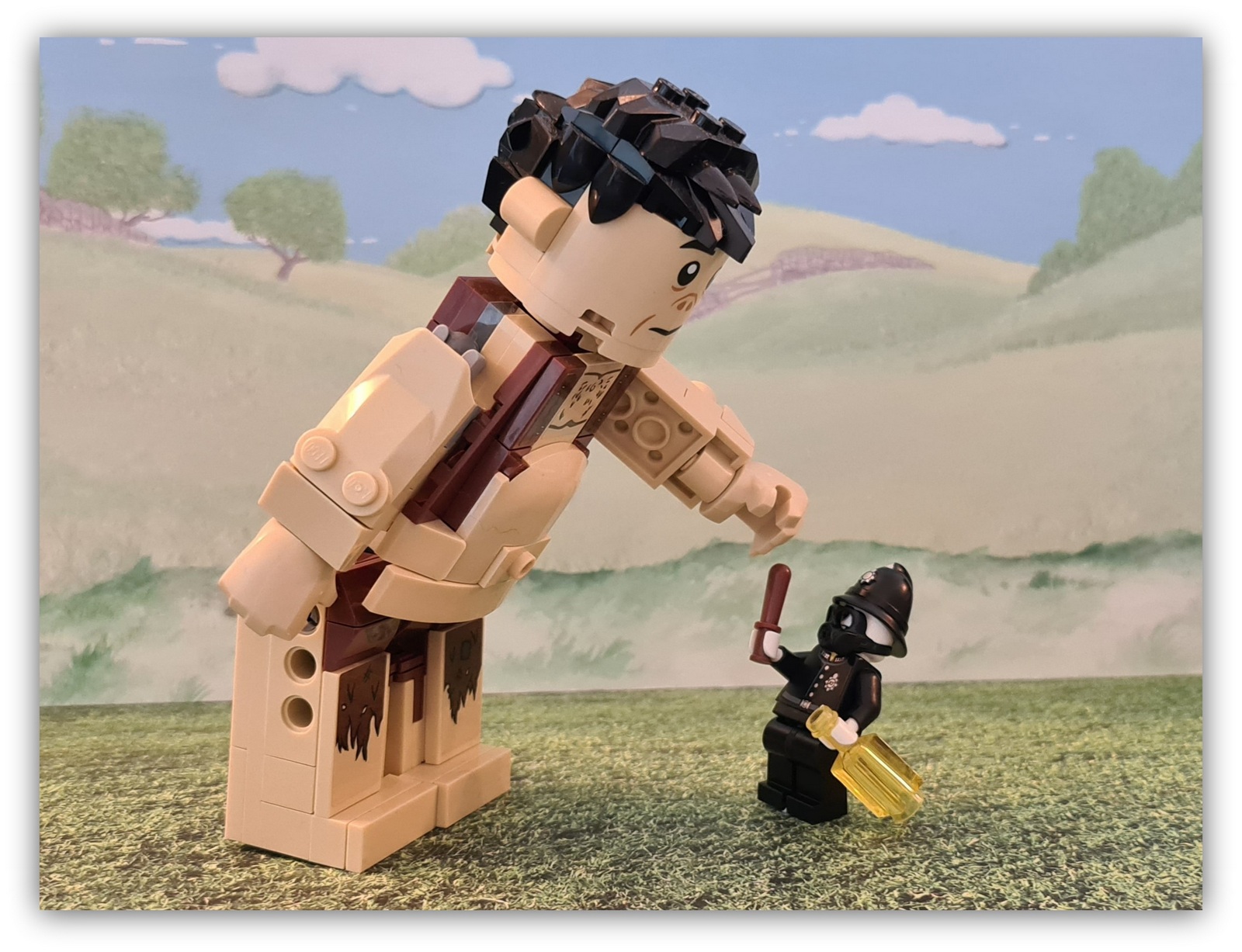 What about a favourite film or license? I noticed Harry Potter on your feed, but also something from We Happy Few which was cool to see!

That’s a tough question. I’m not sure that I have a favourite, I’m probably more of a Fan of The Merchandise; I’ll often be intrigued by the toys, then have to find out about what they come from. I recently bought the Grawp figure from Firestartoys; this extra large figure came from the Harry Potter set “Forbidden Forest: Umbridge’s Encounter” (set 75967)

. I got it to use in toy photography; I haven’t made much use of it yet, but I will.

When it comes to your photography, what kind of gear do you use?

Since camera phones have improved so much, I’ve stopped using my digital camera; everything is now taken using my phone which I recently updated to the Samsung S20. And that’s it; if I want to get specially creative I might use a white card to reflect light, and if I’m shooting indoors I have a number of A4 background cards that I can use to hide the mess behind!

Everything is then automatically uploaded to the cloud, so I don’t need to carry spare memory cards, or a portable hard drive (like I used to).

Do you prefer to shoot indoors or outdoors?

That’s an interesting question. Most of my images are taken indoors out of ease; I can set up any time of day (or night). That said, I do like outdoor photography. If I go out I will always have a figure with me. There’s an excitement to stopping in the middle of a busy pathway and taking an image of a small figure!

Do you do a lot of editing after a photo, or do you like to keep them as-shot? If you do edit, do you have a go to app for that?

If I can, I like to keep them as shot; again, it’s the simplicity of “point and shoot”. That said, being a digital camera I won’t just take one image, I’ll try a few and then see which one looked best. There’s nearly always one where there’s a lamp post sticking out of someone’s head!

I do have a few apps for editing; on my phone I have Picsart and Pixlr. Pixlr allows simple editing, so great for a quick crop and perhaps a couple of filters; Picsart allows a lot more digital manipulation of images. On my laptop I still use Google Picasa for preparing images for blog uploads. 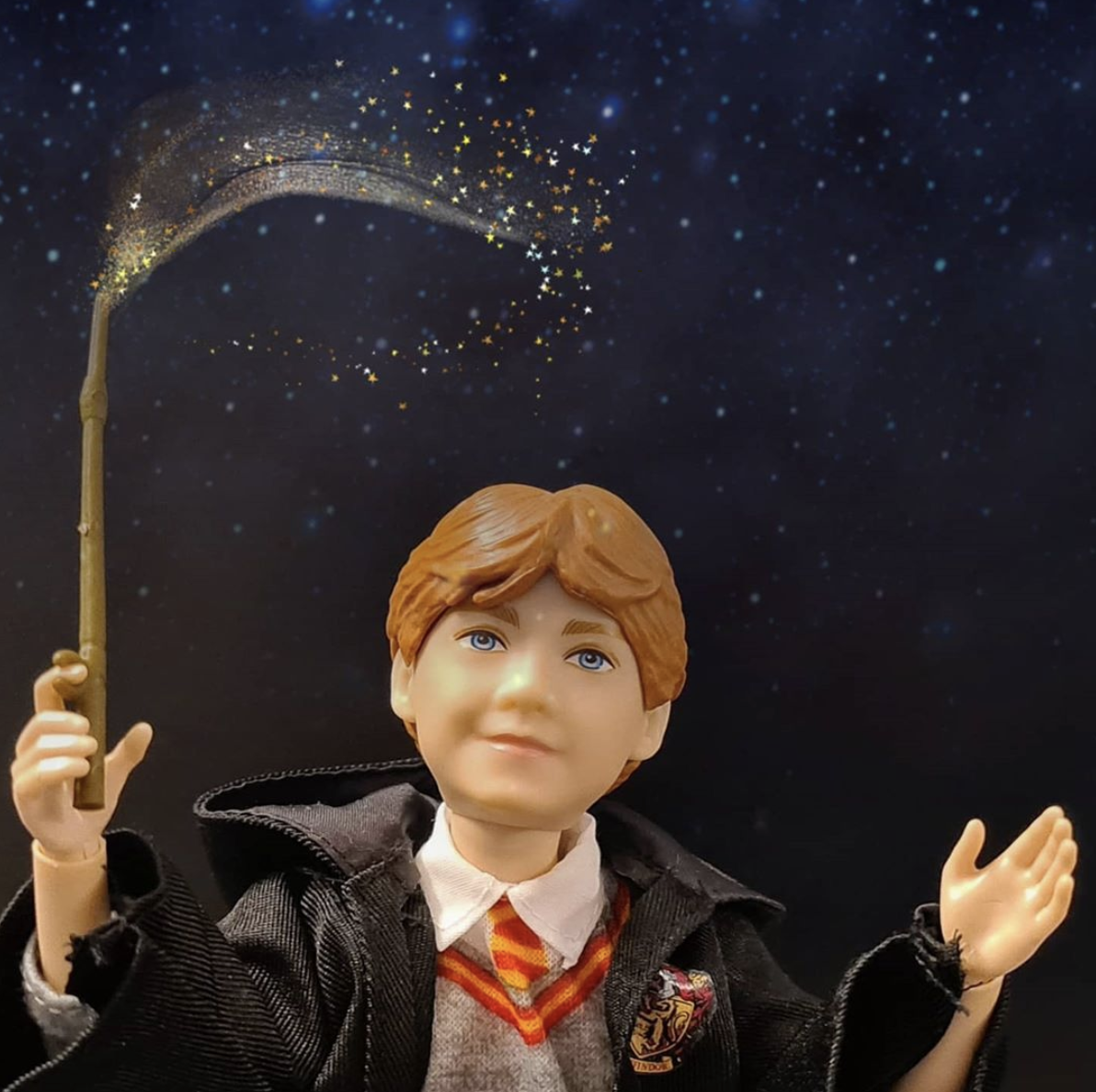 Where do the ideas for your shots come from?

My desk is littered with various figures, so wherever I look, there’s a figure. It can be down to just the way a figure is standing on the desk that will give me an idea. I also find that if I am in a particularly creative mood, one idea will inspire other ideas!

I wouldn’t worry about the quality of the camera; but instead focus on the story through the lens. If you look at good toy photography you’ll notice that the image is telling a story as a snapshot in time. Getting the angle and the position right is way more important than whether the camera has 5MP or 500MP.

On the collecting front I have one question, but it’s a big one – purist LEGO fan, or open to anything?

I’m open to anything. Whilst LEGO have produced some brilliant sets and figures, I think sometimes staying true to just LEGO is a little stifling, especially when there are so many companies now producing custom prints and parts that will enable the builder to properly realise their ideas.

From a blogging standpoint, what inspired you to start Frog’s Pad and The Black Crane?

Frog’s Pad started well before I joined Instagram and the Firestar Toys blogging team; I decided I could use it to showcase any toy photography, short stories or drawings that I had created. I still do upload content from time to time, but it has started to take a back seat for now.

The Black Crane is more recent. Whereas Frog’s pad is more creative, The Black Crane is more serious, consisting of my thoughts and opinions on the world, but also some walks around London that I have taken, looking at some of the more unusual and interesting things that the capital has; for example, Nelson’s spare nose just inside one of the Admiralty Arch (it’s not really, but it is one of seven noses around the Soho area of London). The link to that article is here if people want to follow it.

How did this then lead you into FST’s Blog?

I’m not wholly sure! I think I was posting images and links on Instagram, and Pinar thought I could be a good fit for the team! 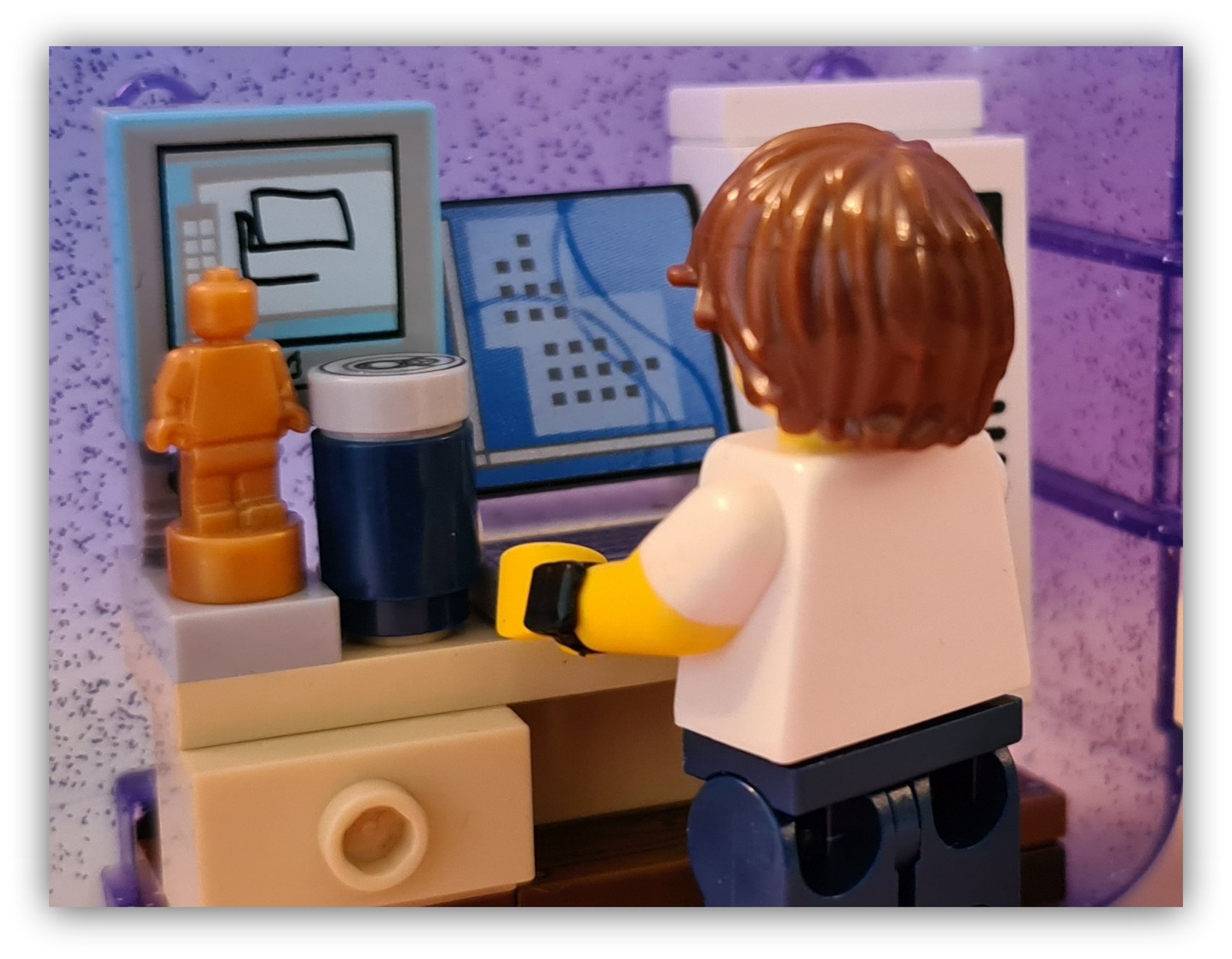 What do you enjoy about writing about LEGO?

LEGO is so much more than the sum of its parts. Yes, you can talk about sets and themes and whether the newer landspeeder is better than an older model, but you can also talk about how LEGO has been used in other applications too; building a device to solve the Rubik’s Cube; provide an interesting decorative feature in a wall. And of course, you can write about the tips and tricks you have found whilst playing with LEGO.

To end on an upbeat note – what would your biggest advice be for someone who wants to blog about LEGO, like we do?

I think my advice will be to go for it! There are many platforms out there that will allow you to publish your content for free, so that should not be a barrier to you. Once you’ve published your content, the next stage is to advertise it through social media. Use hashtags to help spread the word too; popular tags such as #LEGO #Blogger work on all major platforms such as Instagram and Twitter and these tags will help promote your content. Then who knows? You could be picked up by someone and asked to join another team of bloggers. 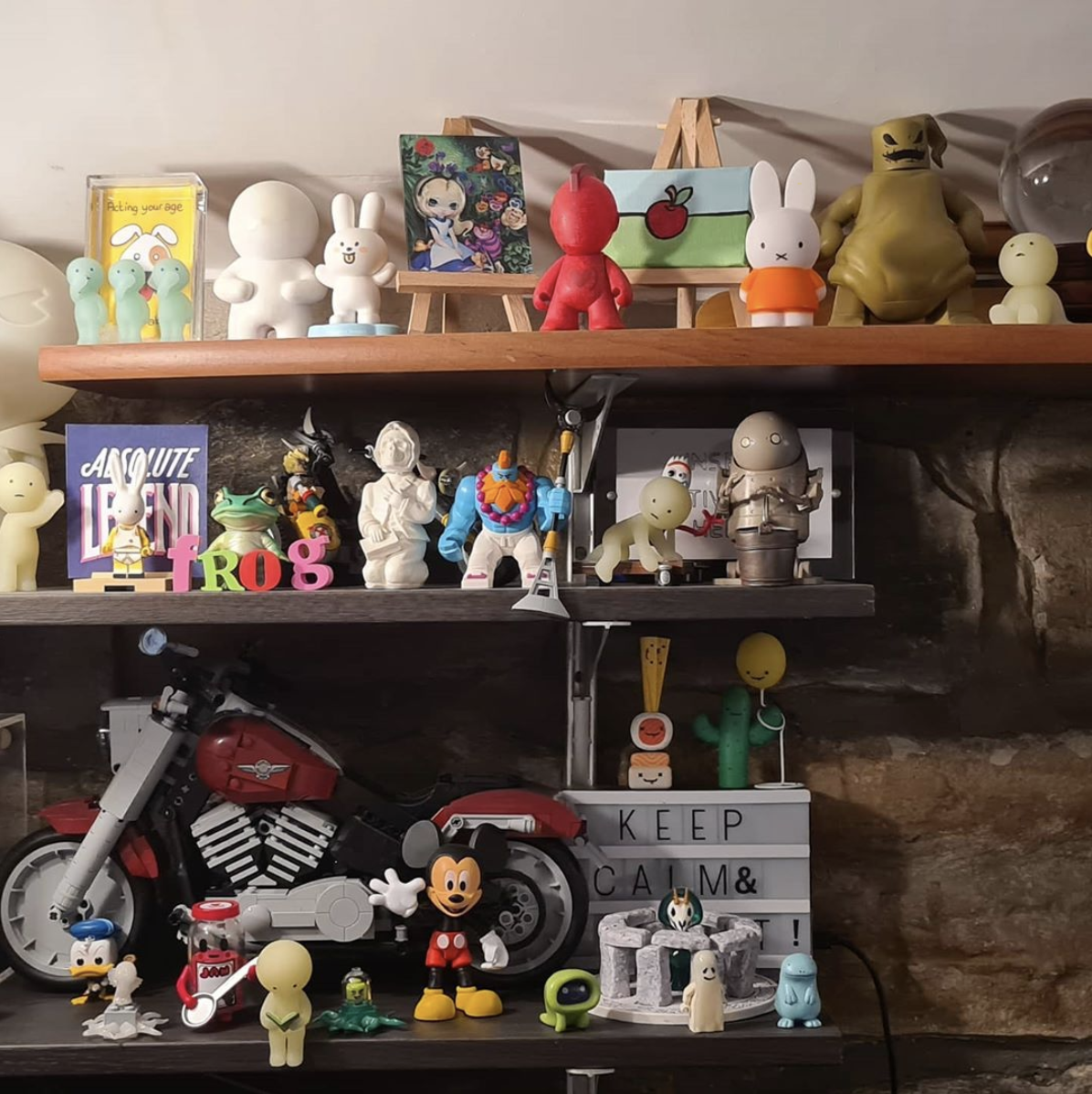 And that’s it for today’s Meet the Team interview. Thank you, David, for taking the time to answer my questions. As for the rest of you, don’t forget to check out David’s Instagram page where he shares his photography and drawings, too!

Interview with an AFOL: nocturnelle9

Interview with an AFOL: The Bricks King