Gaming in the Old Days

I must admit, in the days before mobile phones, I loved playing board games (Dungeons and Dragons was an old favourite). As a fan of LEGO, I love the idea of LEGO Games. 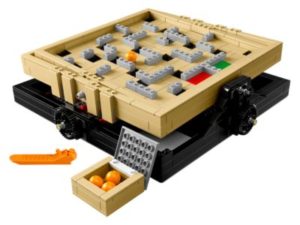 It was interesting to see as the 3D puzzle game 21305 Lego Maze was launched as a LEGO Ideas set how well it actually did.

However, I was also surprised that few board games ever made it to the review stage on LEGO Ideas. My guess is that kids no longer like the act of playing physical board games and prefer digital games instead. I know LEGO did a range of board games a few years ago. 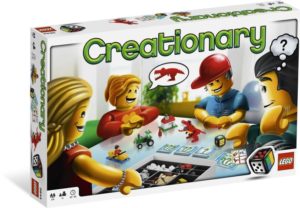 These games were well thought out, but it just didn’t interest the kids enough. For example, I bought my daughter the 3844 Lego Creationary game.  It operated a bit like Pictionary, but instead of drawing you made things out of LEGO bricks. It didn’t go down well. In fact, I think she played with it once the whole time we had it, and even that took some coaching. These games had their moments; LEGO even created some interesting pieces. The buildable 6 sided dice, for example, are amazing. I enjoy the way you don’t have to stick with the same game if you get used to it.

Is there still a place for board games with LEGO?

Going by the trends with the digital game platforms, I’d be forced to say no. I hope that someone will be forward thinking enough to see past this and make a board game that will have all the excitement of games I played when I was a kid, and still enjoy as an adult. If you ever look at the concept of a board game, rules can make or break it. The more technical the rules, the less likely kids will stick with it. Children seem more than happy to shoot ’em up than to work things out. However, the trend seems to be changing. I’ve noticed puzzles seem to grab their attention and a game with problem solving themes may have a better chance. 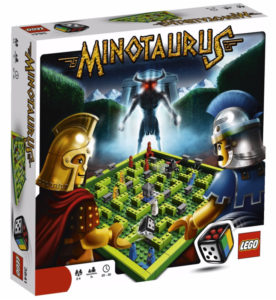 As for a LEGO version of existing games, I always thought Cluedo (Clue), Witch Witch (Haunted house), or Treasure of the Pharaohs could work well as LEGO board games. Mouse Trap, even, given the pieces LEGO have already produced, wouldn’t even pose a problem. Even classics like Chess and Battleship stand worthy of a second look.  Shoot ’em up games appeared in LEGO set form with a few new Star Wars sets. Basically, you shoot at a target and blow it up! 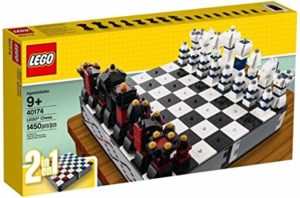 In LEGO’s favour is the nature of a board game in which you can build traps and change outcomes, each time it’s different. As you also change the board, LEGO could use tiles with studs. Given the vast range of LEGO Minifigures currently available, you wouldn’t believe the options. With these factors in LEGO’s favour, it wouldn’t take much to make an adventure game with traps and puzzles, if done right.