From a masked lone gunfighter to an austere Imperial Moff, LEGO has created a slew of Minifigures to represent fan favourite Mandalorian characters. This comprehensive article will highlight all the weapons, blasters and minifigures you will need to complete the ultimate LEGO Mandalorian collection.  Whether you’re looking for the perfect jet pack or seeking the legendary Darksaber, FireStar Toy’s have all the parts and pieces you need to accurately recreate each and every scene from the hit Disney Plus series.

Warning: This article contains spoilers for seasons 1 and 2! 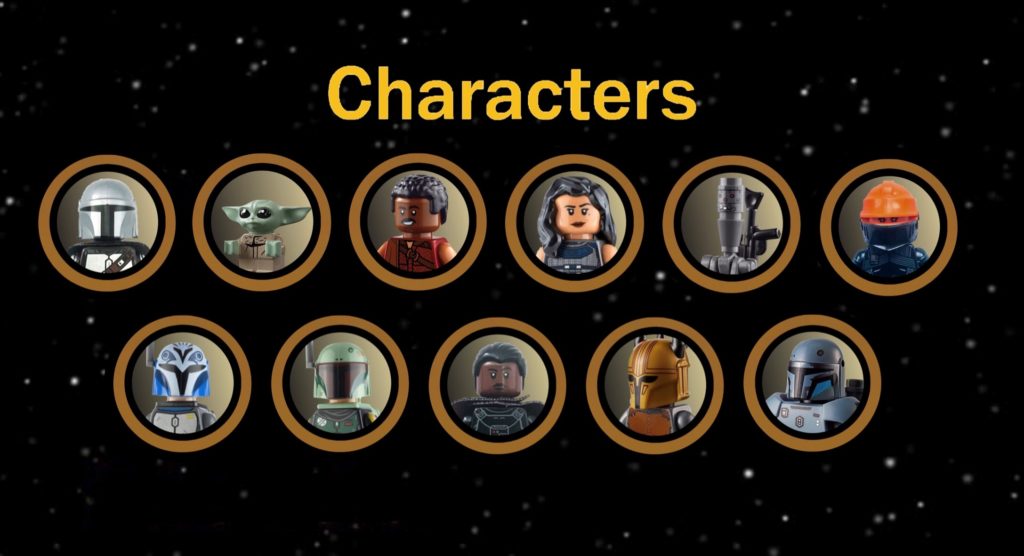 Since the Mandalorian first debuted in 2019, LEGO has been steadily releasing sets based on the series. There are currently 11 named minifigures based on Mandalorian characters. It is only fitting to begin by looking at the shows main protagonist, Din Djarin. 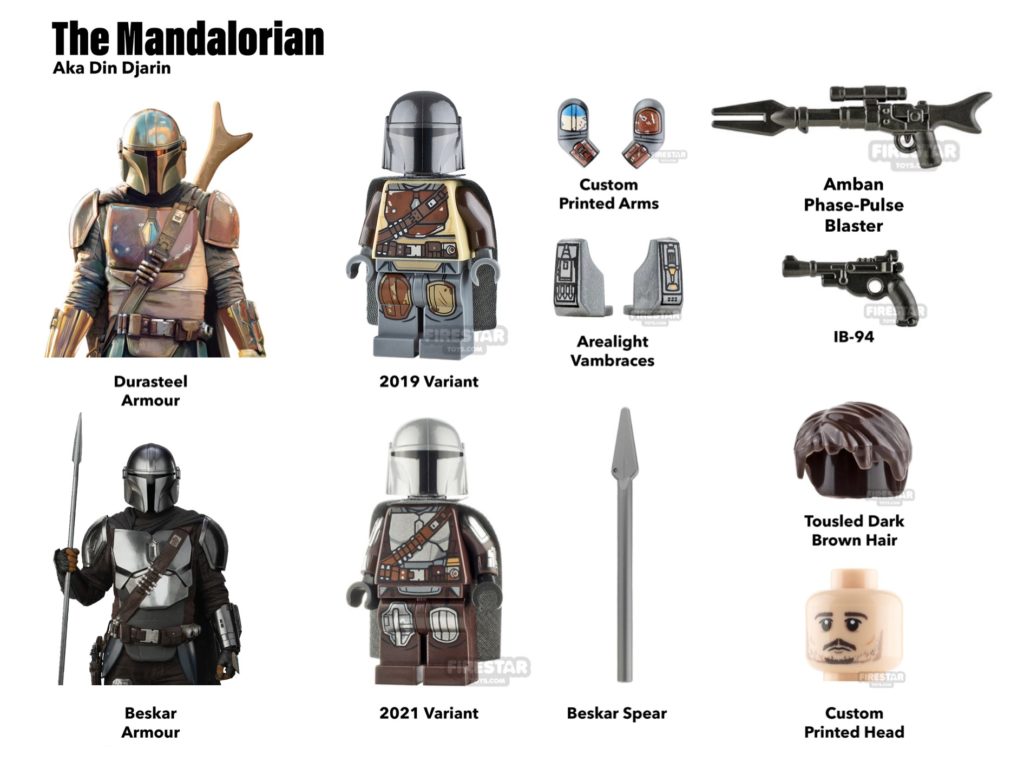 Din Djarin was raised as a foundling by an orthodox Mandalorian cult known as the Watch. Following the fall of the galactic empire, Din struggled to make ends meet by working as a bounty hunter for Greef Karga. Clad in a shining set of Beskar armour, nothing could stop Din on his quest to return baby Grogu to his own kind.

Din was portrayed by Pedro Pascal and has featured in every episode of the Mandalorian so far. LEGO first released a Durasteel armour variant of the minifigure in 2019 before releasing a Beskar armour variant in 2021.

You can purchase Mandalorian minifigures, weapons and pieces using the links below: 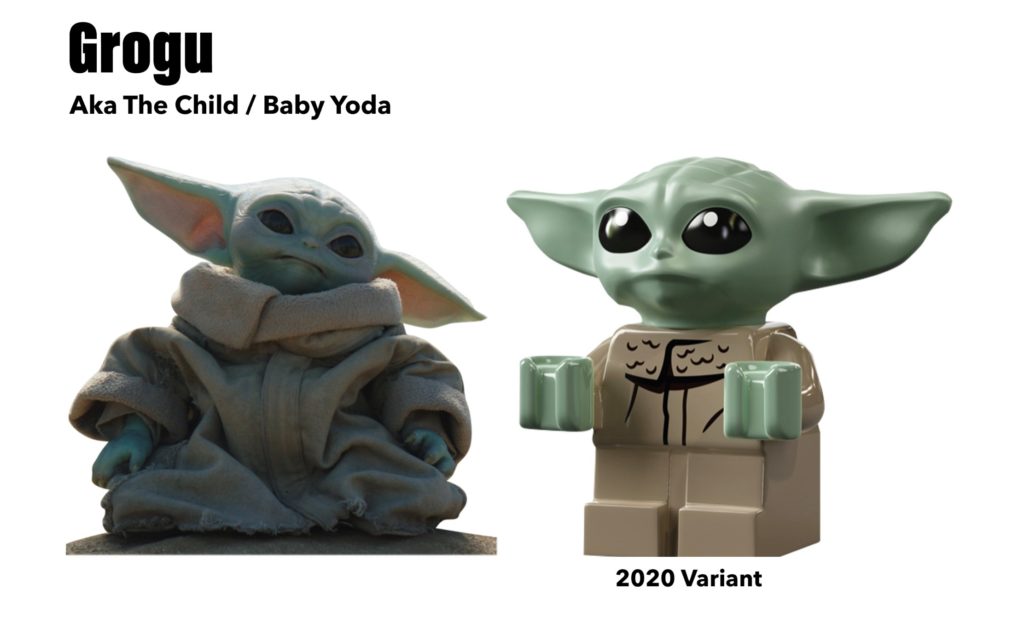 Despite being 50 years old, Grogu was only a baby when the Mandalorian rescued him from a Nikto encampment. Wanted by the fearsome Moff Gideon, Grogu life is in eternal peril!

To create the ultimate Grogu minifigure you will need: 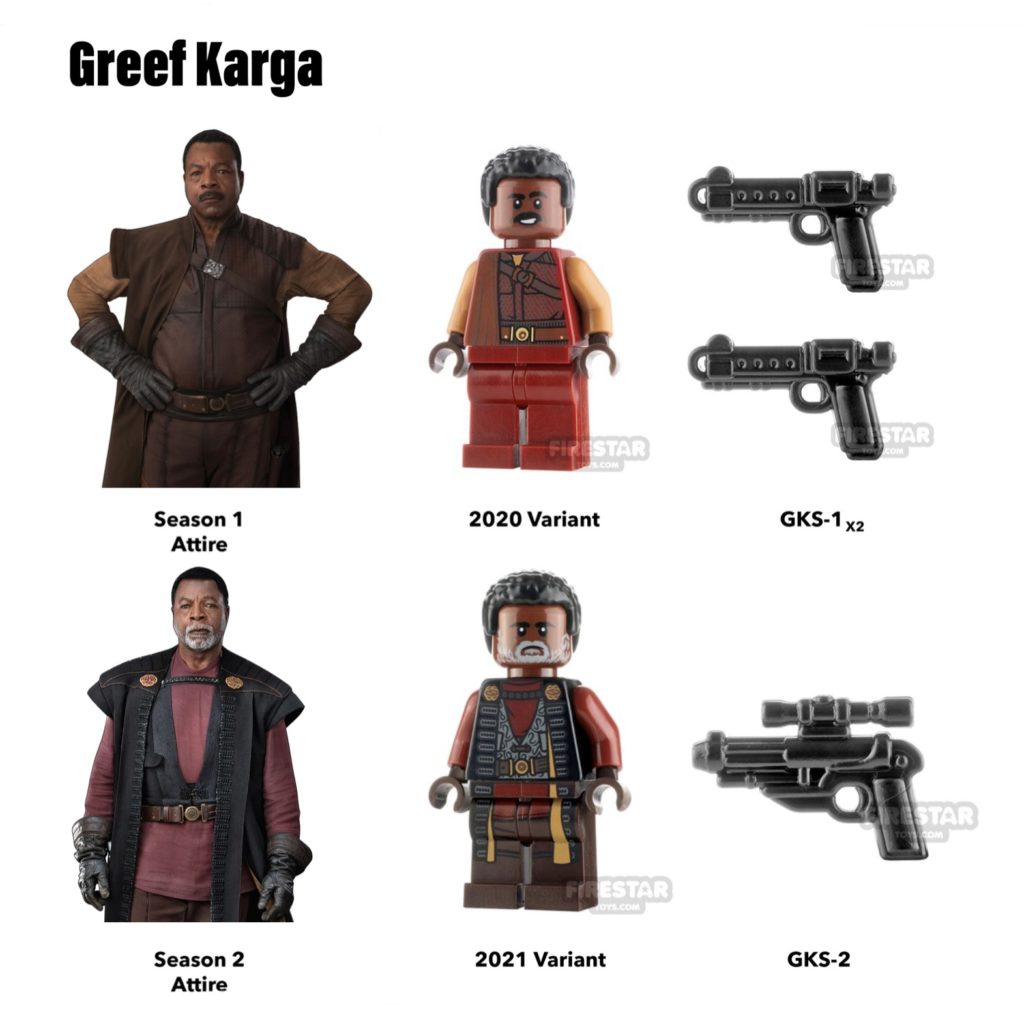 Leader of the Bounty Hunter guild, Greef Karga served as the middle man between the mysterious imperial “Client” and Din. Later, Karga served as Magistrate of Nevarro, working to improve the lives of its citizens and remove the imperial presence from the planet.

Greef Karga was portrayed by the legendary Carl Weathers and featured in 6 episodes of the Mandalorian. Set 75292: The Razor Crest included a Greef Karga minifigure in his Season 1 attire. LEGO then released a second variant of the minifigure in set 75311: The Imperial Armoured Marauder featuring Karga’s Season 2 Magistrate outfit.

You can purchase Greef Karga minifigures and his blasters using the links below: 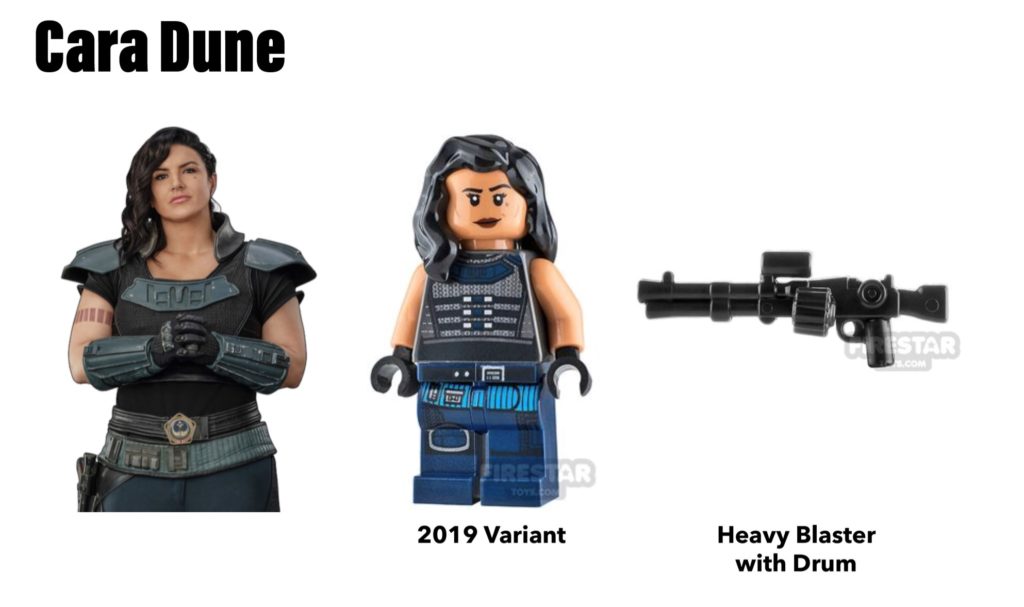 A former rebel shock trooper, Cara Dune struggled to move past the galactic civil war. With a hatred of stormtroopers, Cara proved to be the perfect ally for Mando as he tried to protect Grogu from the fearsome Moff Gideon.

You can purchase a Cara Dune minifigure and her blaster using the links below: 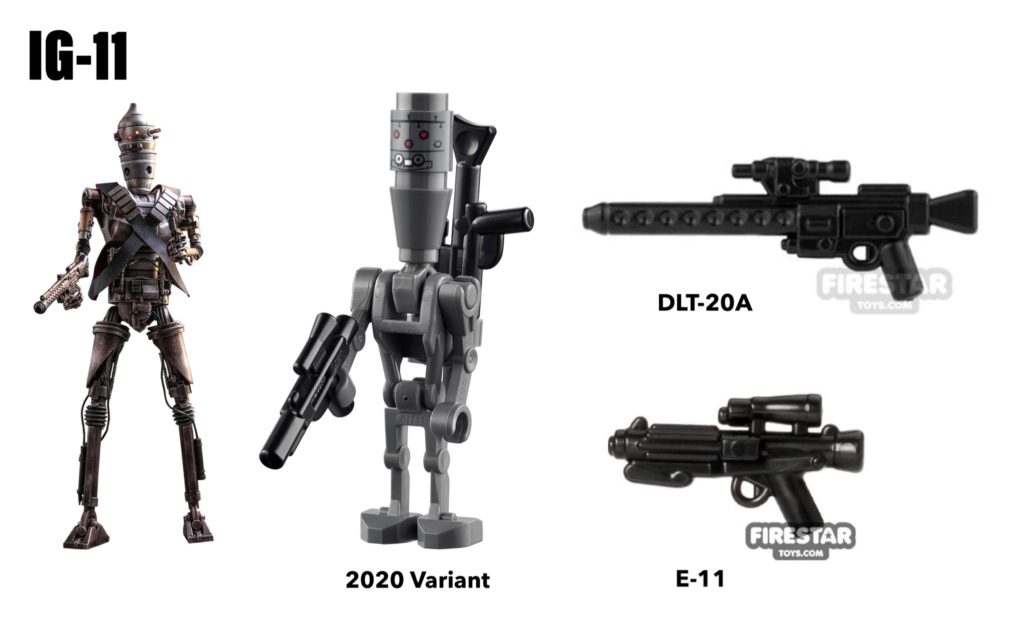 Assassin Droid turned baby sitter, IG-11 was reprogrammed by Kuill to protect the child at all costs. He heroically sacrificed himself to protect the Mando and his friend from Moff Gideon’s formidable battalion of stormtroopers. He was voiced by the renowned director, Taika Waititi. LEGO first produced an IG-11 minifigure in the 2020 set 75292: The Razor Crest.

You can purchase an IG-11 minifigure and his blasters using the links below: 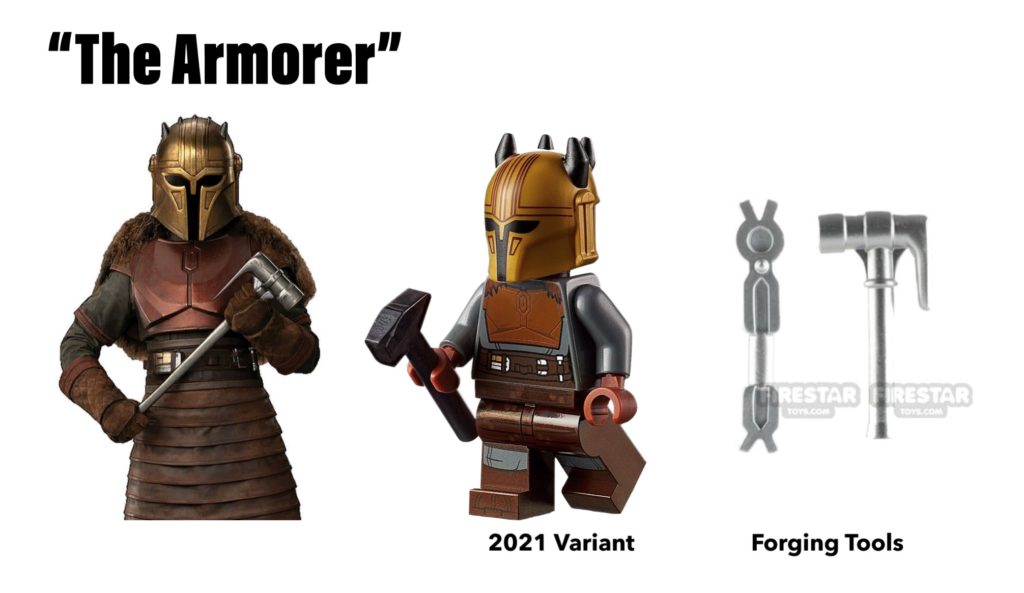 Known only as “the Armorer”, this battle-hardened warrior led a secret Mandalorian clan under Nevarro’s city streets. “The Armorer” was portrayed by Emily Swallow and featured in 3 episodes of the Mandalorian. LEGO first debuted an “Armorer” minifigure in set 75319: The Armorers Mandalorian Forge.

You can purchase “The Armorer” and her forging tools using the links below:

If you’re after a higher level of detail it’s worth considering FireStar Toys Custom Printed SW Forge-Keeper minifigure. The figure comes with an exclusive set of forging tools, an awesome helmet and a fur cape piece. 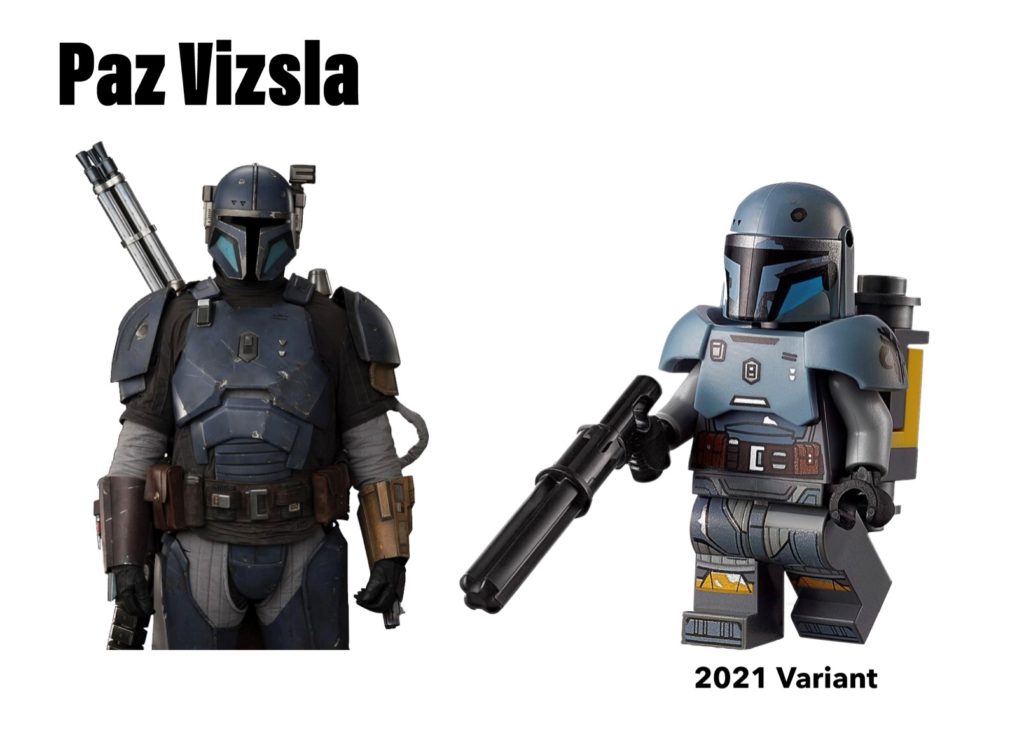 You can purchase a Paz Vizsla minifigure using the link below: 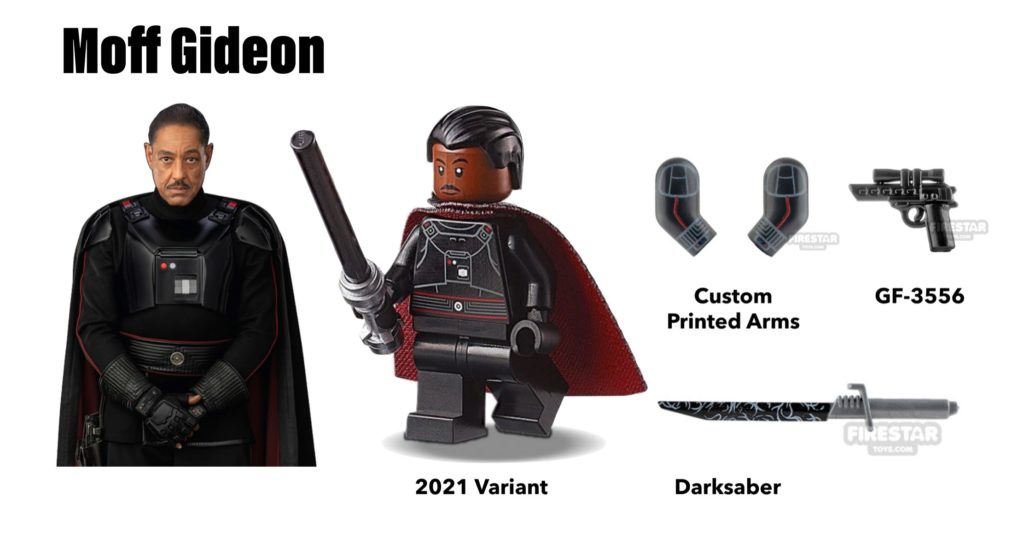 Head of an Imperial remnant, Moff Gideon is a ruthless military leader who will stop at nothing to capture the child. Moff Gideon was portrayed by Giancarlo Esposito and featured in 7 episodes of the series. LEGO first released a Moff Gideon minifigure in set 75315: Imperial Light Cruiser.

You can purchase a Moff Gideon minifigure and his weapons using the links below:

If you’re after a higher level of detail it’s worth considering FireStar Toys Custom Printed Remnant Leader minifigure. The figure comes with an exclusive face print, Brickarms Darkblade and GF-3556. 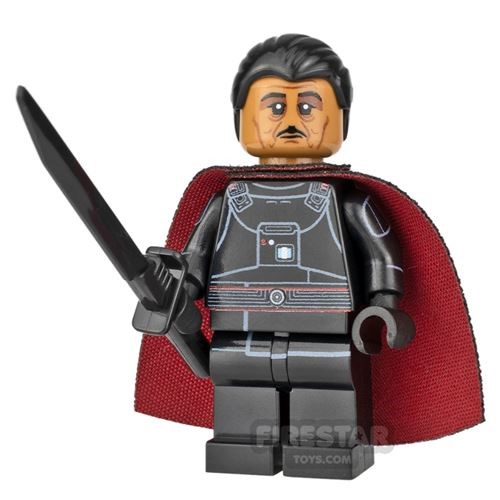 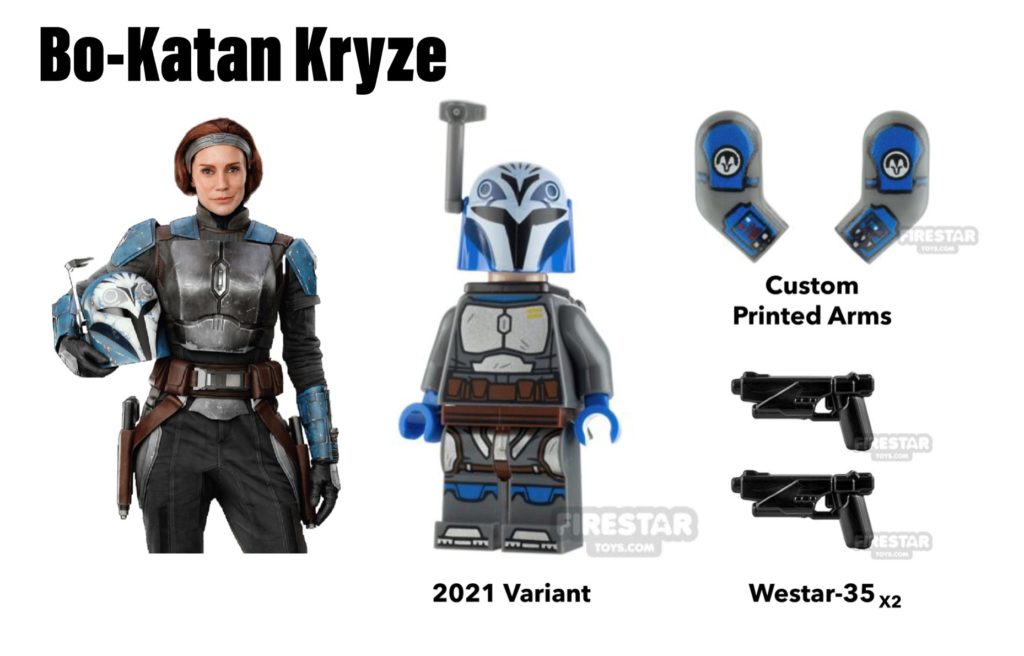 Heir to the throne of Mandalore, Bo-Katan first debuted in live-action in the 12th episode of the Mandalorian: The Heiress. Portrayed by Katie Sackhoff, Bo-Katan went on to appear in the season 2 finale. Although LEGO has never released a Bo-Katan minifigure based on her Mandalorian attire, her clone wars minifigure should be close enough in resemblance for most LEGO Star Wars fans.

You can purchase a Bo-Katan minifigure and her blasters using the links below: 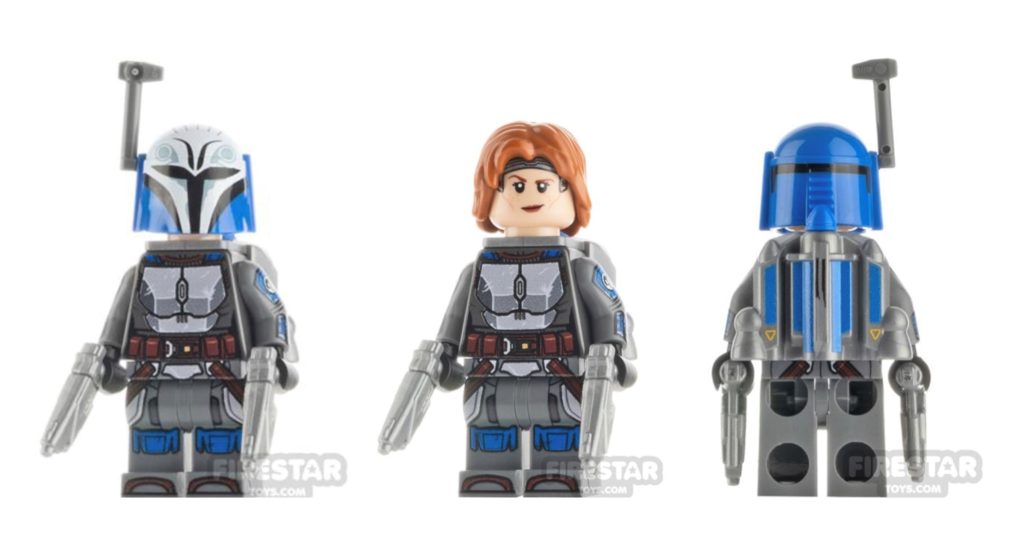 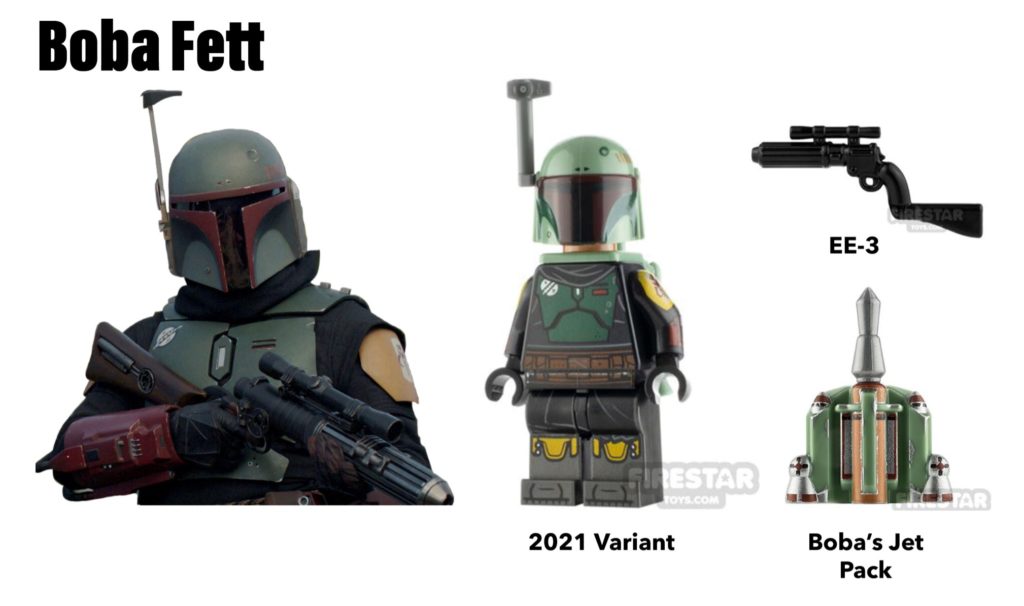 He survived! The legendary bounty hunter returned in style on a quest to reclaim his armour. Temuera Morrison portrayed Boba Fett in 4 episodes of the Mandalorian and is due to reprise his role in the Book of Boba Fett later this year. Although LEGO has released numerous variants of Boba Fett, there is only one based on his appearance in the Mandalorian (it was included in set 75312: Boba Fett’s Starship).

You can purchase a Boba Fett minifigure, his jet pack and blaster using the links below: 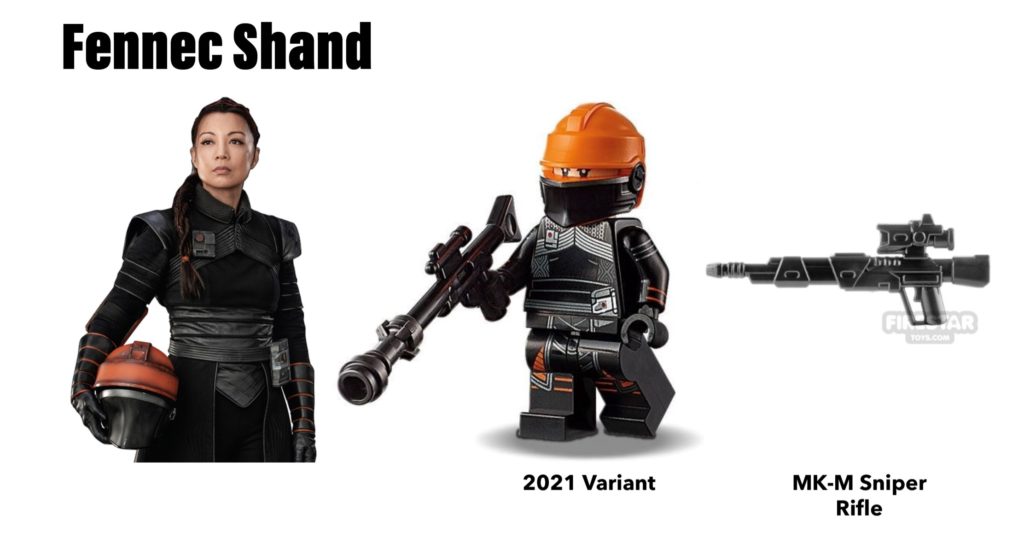 Played by the incredible Ming Na Wen, Fennec Shand seemingly died in Chapter 5, The Gunslinger. Fortunately, Boba Fett nurtured her back to health and the legendary assassin went on to appear in a further 3 episodes of the series. LEGO first released a Fennec Shand minifigure in set 75315: Imperial Light Cruiser.

You can purchase Fennec Shand and her blaster using the links below: 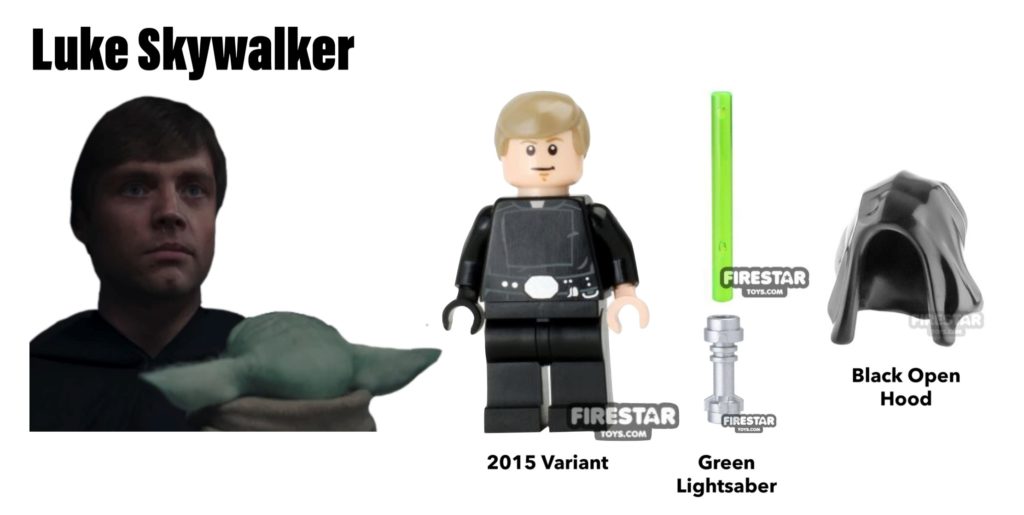 In Chapter 16, The Rescue, Luke Skywalker made a dramatic return, saving the Mandalorian and his friends from a formidable army of Dark troopers. Luke Skywalker was digitally recreated using performances from both Mark Hamill and Max Lloyd-Jones. Although LEGO did not include a Luke Skywalker minifigure in the Imperial Light Cruiser, they have released numerous Luke minifigures over the years.

You can purchase a Luke Skywalker minifigure and lightsaber using the links below:

Although LEGO have released a fairly extensive wave of Mandalorian sets there are still numerous characters that have yet to be turned into minifigures. In my next article, I will examine which named characters deserve minifigures and highlight some alternatives if you can’t wait for LEGO to produce an official version of the character.

Thanks for reading! If you can wait for more Mandalorian content consider checking out FireStar Toy’s other articles. I wholeheartedly recommend James02’s article on creating your own custom Mandalorian minifigures. It has some great LEGO photography and offers some incredible building tips so you can recreate a variety of Mandalorian characters.

Images were taken from Brickset, LEGO, Wookiepedia and Advanced Graphics