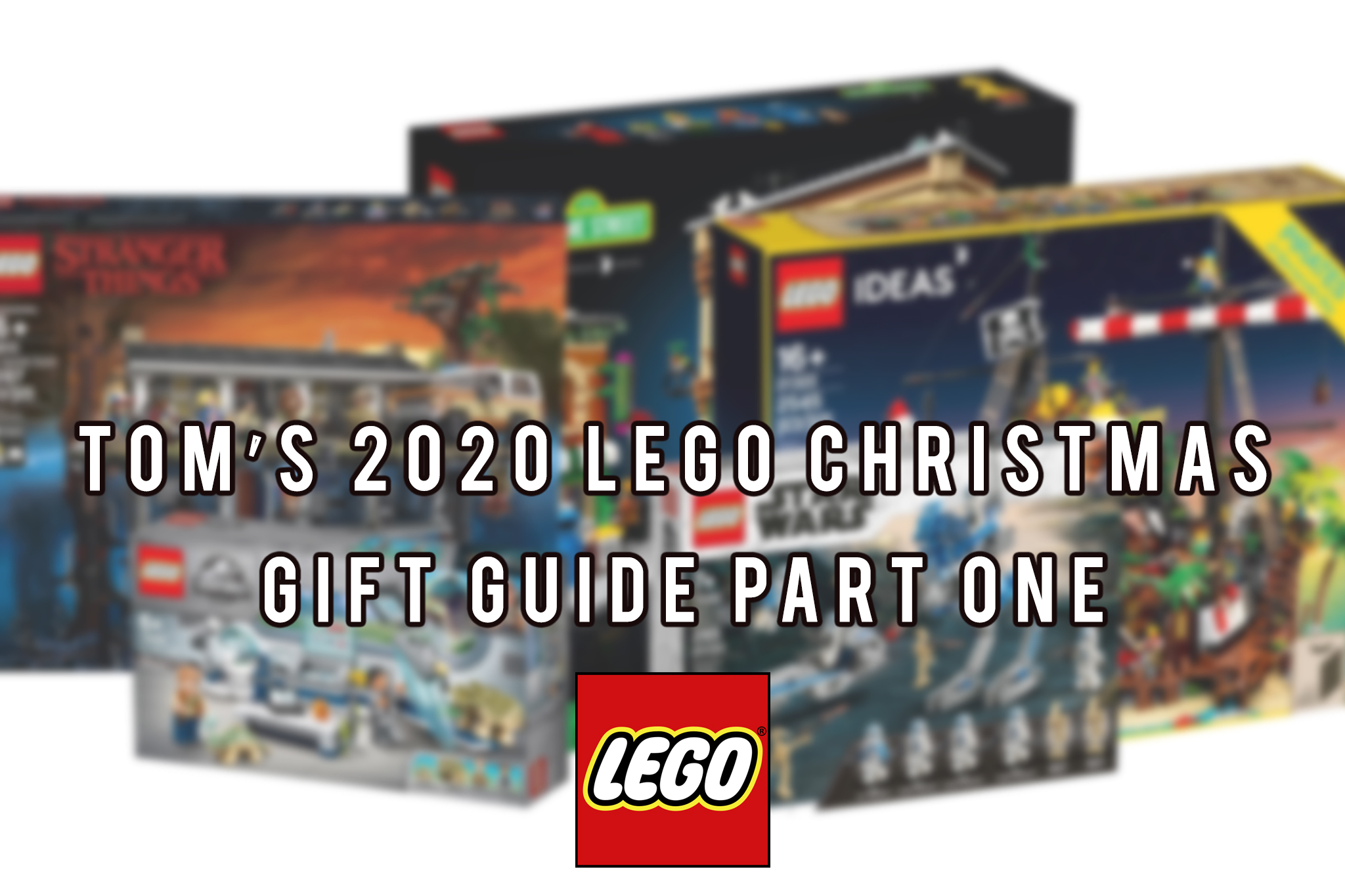 Hello everyone – and welcome to another post here on the Firestar Toys blog! For those of you who celebrate it, you may be aware that Christmas has crept up on us this year – and we now have a small amount of time left to lockdown the final gifts which we would like to give our loved ones this year. As LEGO lovers ourselves, we wanted to put together a LEGO Christmas Gift Guide – providing you with an opportunity to learn more about some sets which we think the LEGO lovers in your lives would love to receive this Christmas.

Before we dive into the list, I do want to give you a word of advice. This is a list which I have compiled, and so the sets on it are different things which I would be likely to enjoy receiving. Whilst I have made sure to have a wide assortment of different options from different licenses on this list, it is worth noting that I tend to lean more towards the pop culture side of things – and that is something which you may want to keep in mind when it comes to doing your own LEGO Christmas shopping.

With that in mind, let’s dive into the first five sets which form my 2020 gift guide. 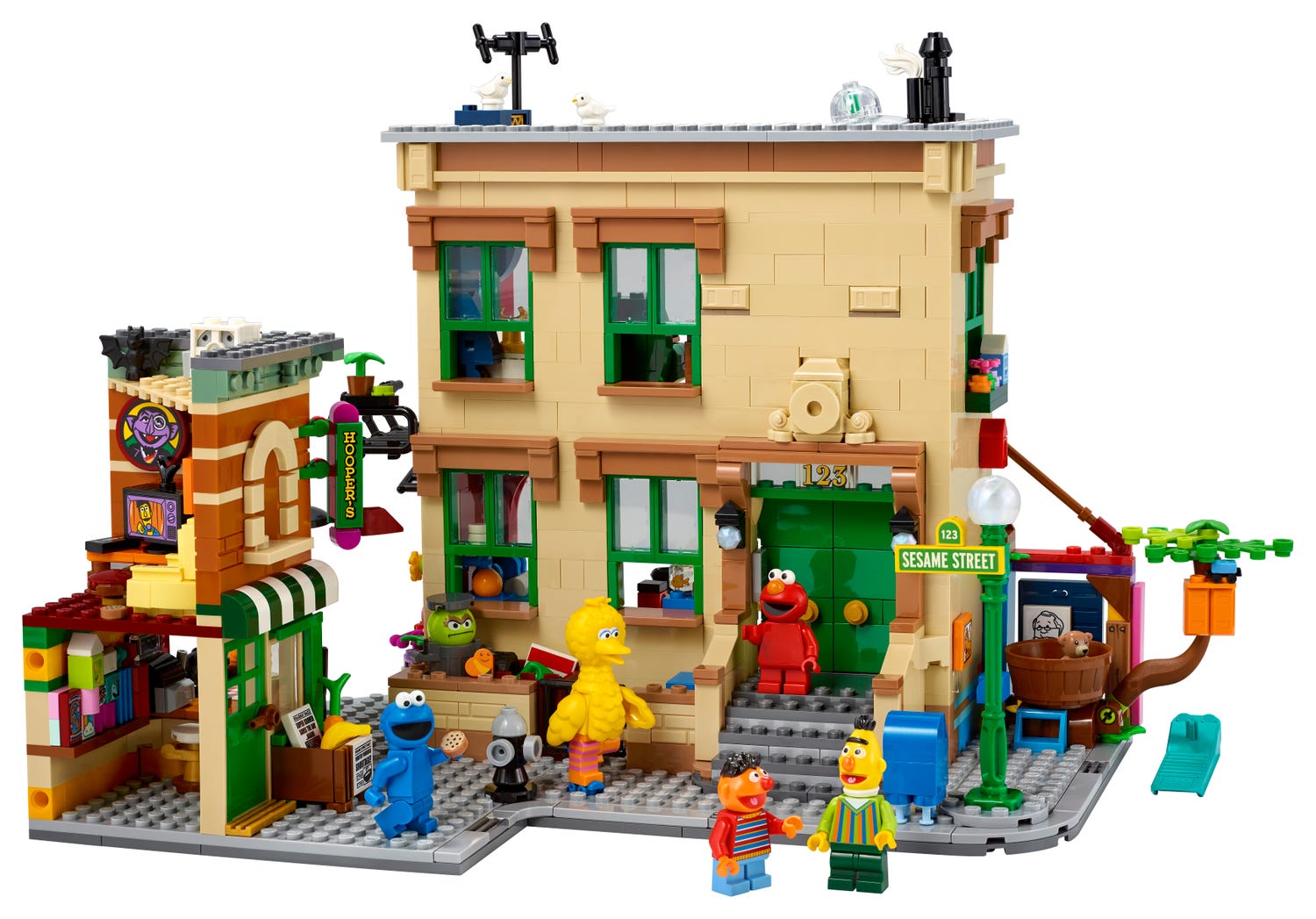 Okay, so I’m going to level with you – I have never seen Sesame Street. Growing up, I was familiar with characters like Big Bird, Cookie Monster and Elmo, but I never saw the actual show when I was younger. With that said, I recently watched Just2Good’s fantastic review, and whilst he points out a few issues which the set encounters, I think that overall he shows that this is a desirable set which fans of the show will love. Further to this is the fact that this is an Ideas set. From an investment and availability point of view, Ideas sets tend to come and go rather quickly – so it is worth picking this one up before it disappears if you know someone who likes it.

The set retails for £109.99 so it will take a heavy chunk out of this year’s Christmas budget, but on the flip side of that, it does comes with 1367 pieces, so it will be a sizeable festive project for your family to undertake together. Make sure you’re registered for a LEGO VIP Card

ahead of time with this one, as if you purchase it through the official LEGO Shop, you’ll get a sizeable chunk of points to go towards your future purchases, too. 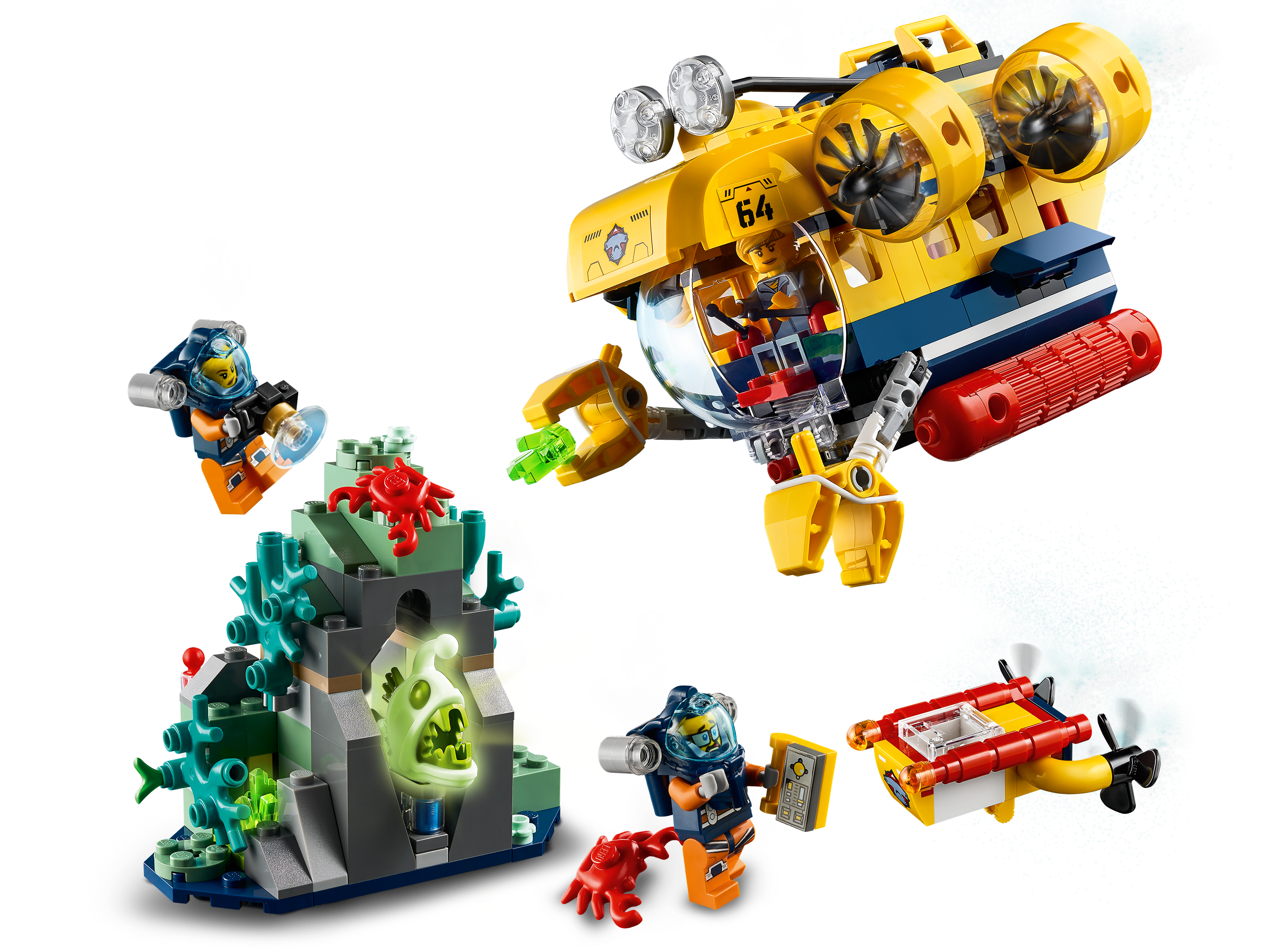 Next up is a LEGO City Ocean Exploration set which I really like. I’ve already spoke about this set and why I like it so much in a separate post here in on the blog, but to summarise, I feel as though this is the best entry-level LEGO City Ocean Exploration set which people can get their hands on this Christmas. The design of the submarine is pretty well executed, and it has some fun additional elements incorporated which help to make it feel like a solid and well developed build.

Retailing at just £24.99, this is, in my opinion, the best LEGO submarine set which you can buy for a LEGO fan this Christmas. 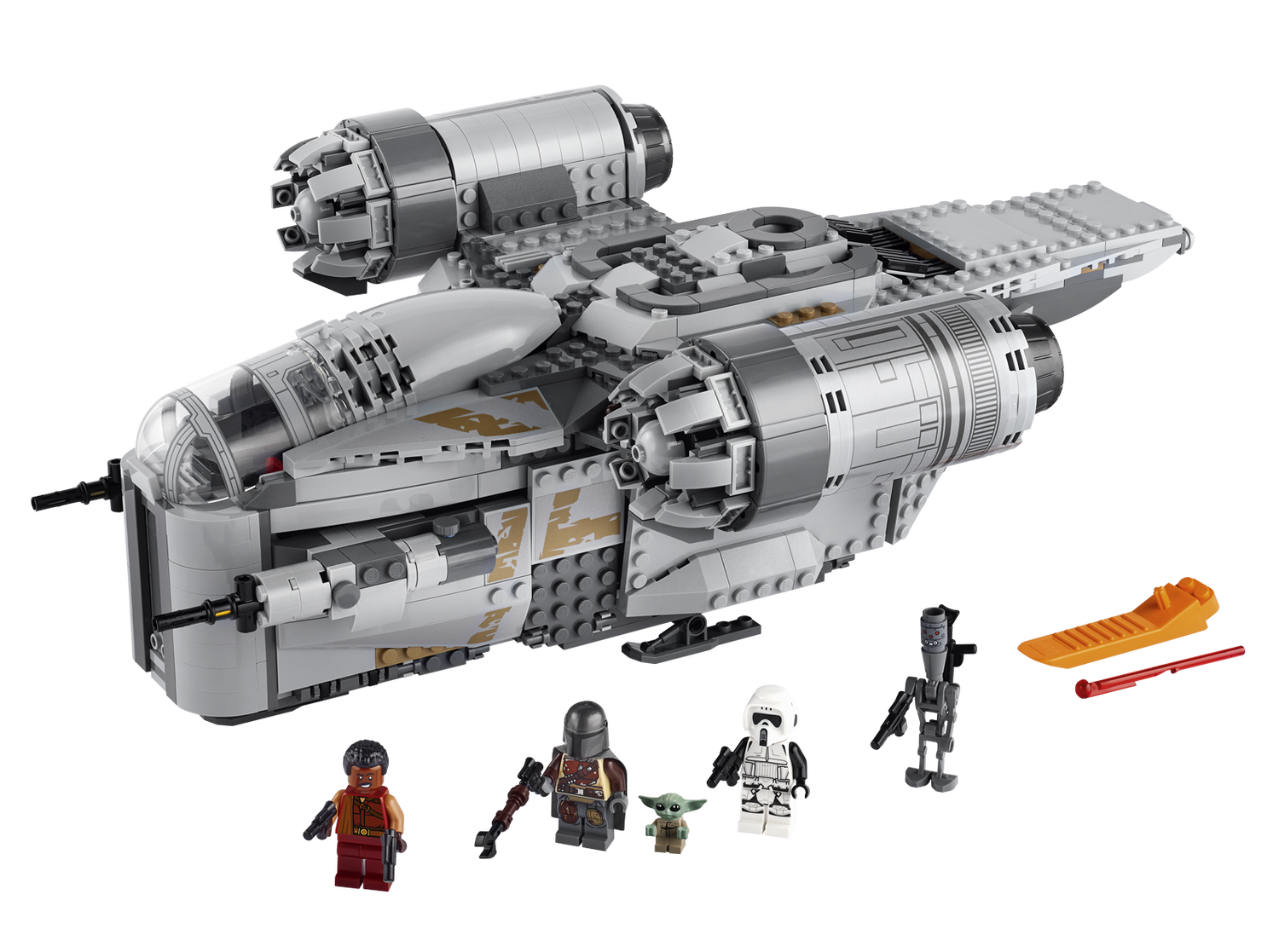 After going deep underwater, we are now going far away into space – with this great set from The Mandalorian based upon the main spaceship within the show, the Razor Crest. I added this set to this list for a couple of reasons.

Firstly – the Razor Crest has become a Star Wars icon at this point – and is likely to be a set which any LEGO fan will appreciate. The model captures the unique aesthetic of the ship pretty well, and helps to create a fun, larger-size spaceship set. Alongside this, the Razor Crest also incorporates a variety of great opening features – adding lots of different play and display options which LEGO fans both big and small will appreciate. There is some great detail packed in here – with LEGO even going as far as adding some of The Mandalorian’s bounties, frozen in Carbonite, in the hold of the vessel. Last, but certainly not least, this set comes with a minifigure-scaled ‘The Child’ figure – something which I think all of us want to own! Baby Yoda has become a pop culture hit, so having the chance to add him to our collections is awesome.

The Razor Crest comes with 1023 and retails for £119.99 – which isn’t awful for a licensed set. You get a really cool build, and also some great minifigures here – including a couple of figures exclusive to this set at the time of writing this piece. If you know a LEGO Star Wars fan, then this is the set for them! 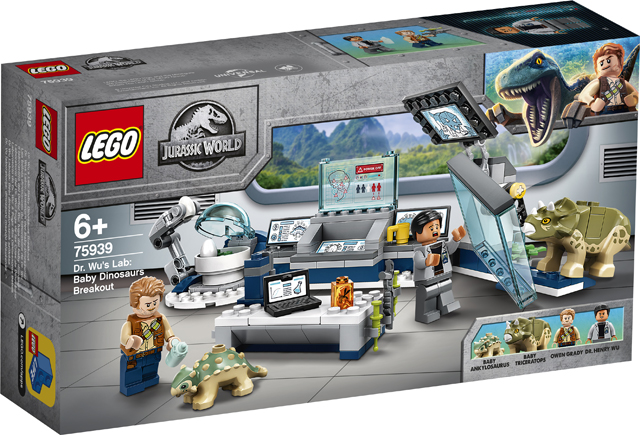 Anyone who knows me will know that I am a sucker for LEGO Jurassic World sets – so it felt as though it would be remiss if one of them didn’t make it onto this list! The set I opened for is Dr Wu’s Lab: Baby Dinosaurs Breakout – hands-down the best small Jurassic set which we have received from LEGO to this date.

You can read more about my thoughts on this wave of Jurassic sets in this post, but to summarise, this set packs a lot of value into a roughly £20 – incorporating some great minifigures and some fun baby dinos too. If you’re a fan of Jurassic then this set is a must-buy. 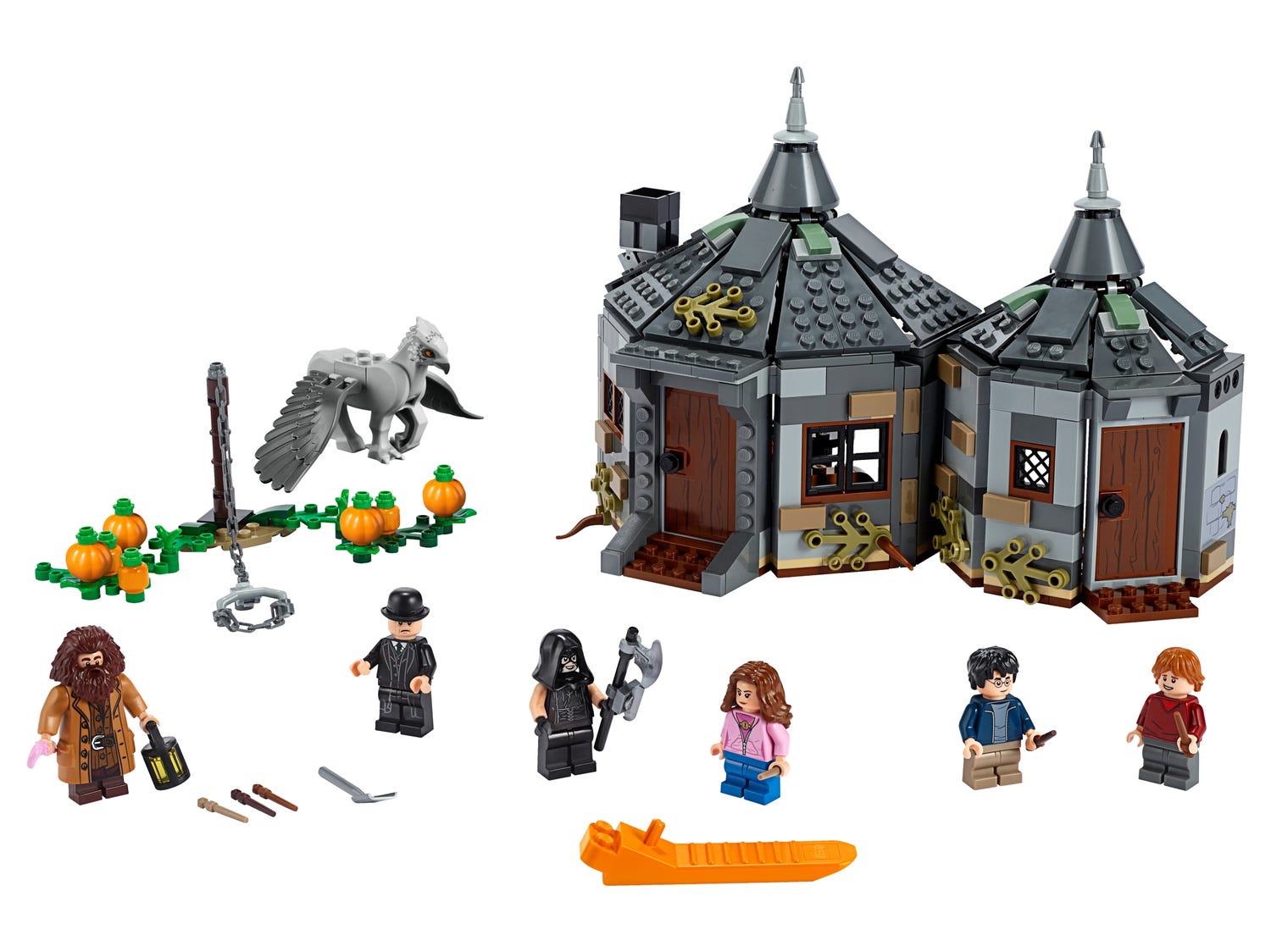 Lastly for the first half of my list, I wanted to choose something which captures the magic of LEGO – quite literally, as it is a set all about witches and wizards from The Wizarding World

Hagrid’s Hut: Buckbeak’s Rescue is a great introductory-level Harry Potter set for LEGO fans who are looking to begin to grow their HP collections more. The set retails for around the £50.00 price point, and includes 496 pieces the majority of which go into building Hagrid’s Hut, which is an iconic location from the Harry Potter series. Not only do you get to build Hagrid’s Hut, however, but you also get the titular character himself – and the three main characters Harry, Ron and Hermione. Combine this with the wonderful unique pieces used to fully realise Buckbeak, and you have a lovely set which captures an iconic location from the films and incorporates some of the crucial characters without costing as much as something like one of the Hogwarts sets.

I think this is a great set, and is one which will be popular with people who enjoyed the Harry Potter film series and would like to add a small but significant set piece from the films to their LEGO collections. 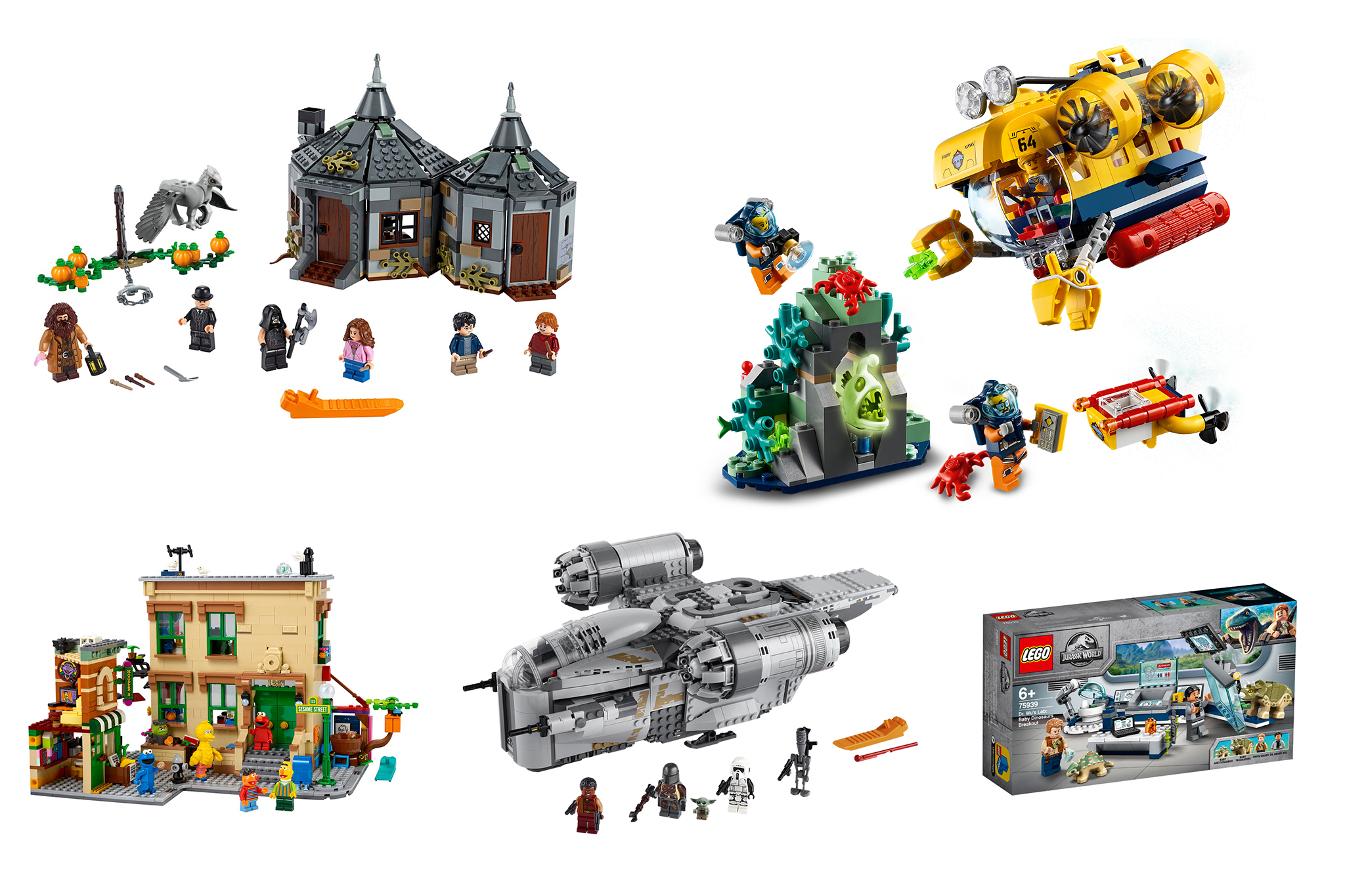 In conclusion, there are some wonderful LEGO sets out there which you can buy for LEGO fans this Christmas – with many of them coming from different licenses and franchises. If you enjoyed reading through this LEGO Christmas gift guide, and are feeling inspired, then do check back soon, as we will be sharing another blog post which will break down my top five picks in the very near future.

LEGO Crackers: Now why didn’t I think of that before?