In my last article, here on the Firestar Toys blog, I looked at my Top 5 LEGO Dinosaurs. I absolutely love the dinosaur lines and am incredibly passionate about the different characters we’ve received – so it was fun getting to break them down! Today, we’re going to look at five dinosaurs which appear in LEGO Jurassic World the Game, and which could easily be released as characters in the future. These dinosaurs span both herbivorous and carnivorous, and come from different eras within the Jurassic Park franchise, so I am excited to see what you all think! 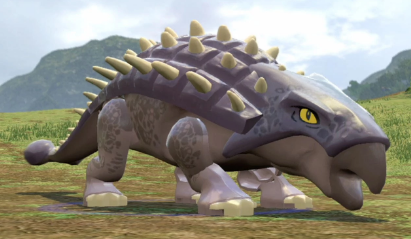 As we discovered in my last article, I really appreciate when LEGO give us unique characters who are not necessarily the mainstream dinosaurs that you would expect children or young people to appreciate. One great example of this is the Ankylosaurus – which appears in both LEGO Dimensions and LEGO Jurassic World despite never receiving an actual physical release. This is an incredibly unique herbivorous dinosaur – and is one which became popular with fans after it had a great sequence with the Indominus Rex in Jurassic World. I am intrigued by the way this model is communicated within the game, chiefly because I am unsure if there would be any neck joint on the character or if it would remain static – something which seems much more likely.

There are some interesting similarities between the legs and their musculature on the Ankylosaurus when compared with the Triceratops – so I do wonder if LEGO would perhaps be able to reuse some parts here to make this dinosaur more cost-effective if it was ever introduced to the line. LEGO Jurassic continues to prove its popularity, so I am hopeful that we may continue to receive even more dinosaurs in the future, as LEGO always do them great within their new style. 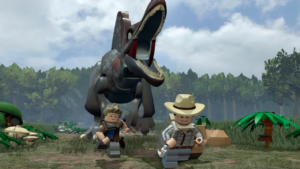 One of the most divisive films in the Jurassic franchise is Jurassic Park III – with some fans adoring the film, and others absolutely hating it. Whether you loved or hated Jurassic Park III, it is undeniable that one element which shines consistently throughout the film is the sail-backed theropod known as Spinosaurus. This dinosaur is a massively unique amphibian who would have lived in and around wetlands and swamps during its reign on Planet Earth.

I appreciate the fact that the Spinosaurus has so many different attributes and dimensions to other two-legged carnivores of its size, providing a unique creature with an absolute ton of character. Of note to me is the prevalence of its long and slender snout – something which I feel is more pronounced on this dinosaur then on similar species, like the Baryonyx. This dinosaur is synonymous with the Jurassic brand and has appeared in various pieces of LEGO media – including some of the LEGO Jurassic magazines which have popped up at newsagents and in supermarkets. It would be great to see this dinosaur eventually get a physical release soon. 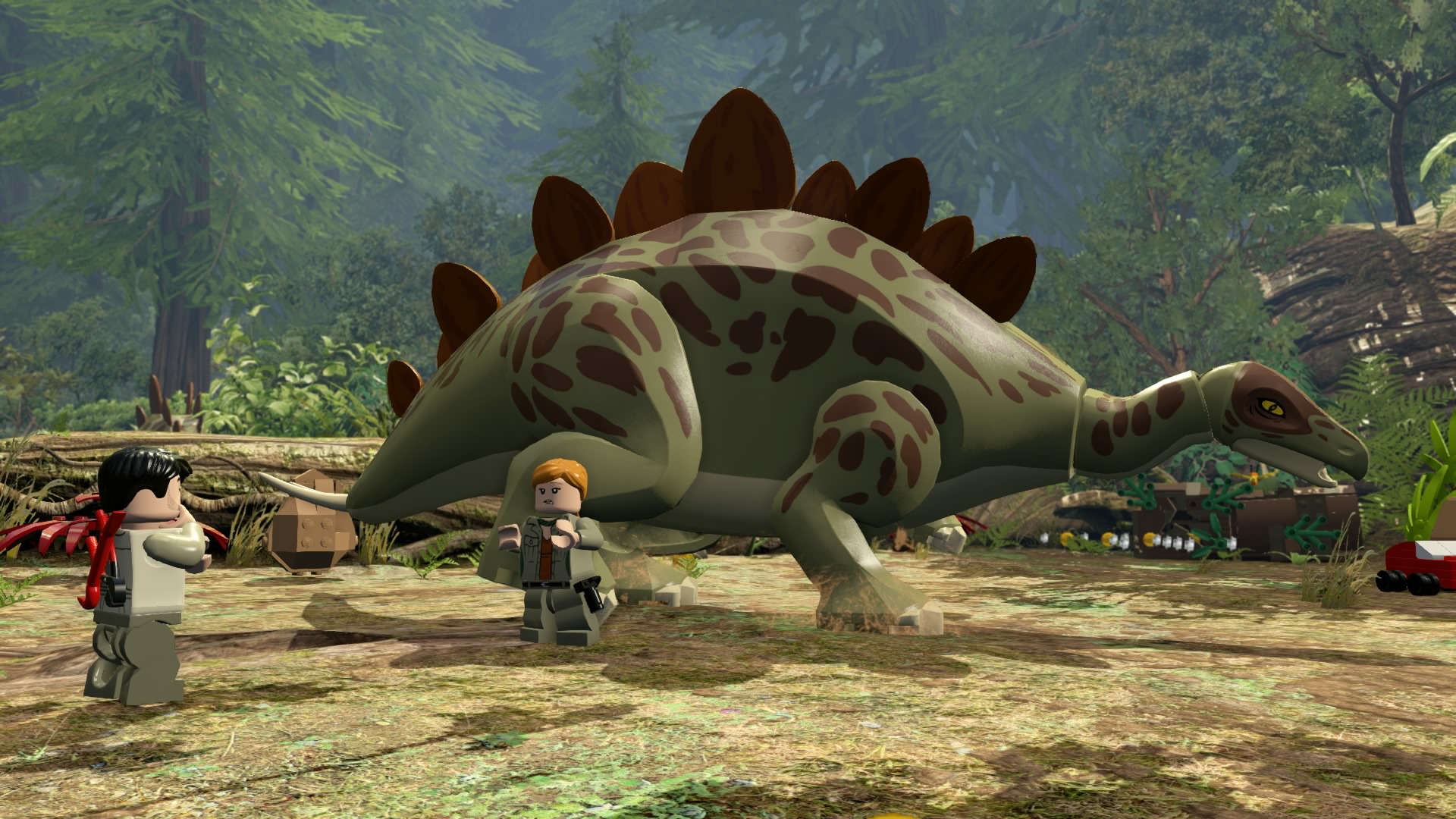 When we talk about commonly known dinosaurs there tend to be a solid four which always make the list; Tyrannosaurus, Velociraptor, Triceratops and Stegosaurus. Three of those have already been released within the various LEGO dinosaur licenses – leaving just the Stegosaurus awaiting a release. The version we see in the LEGO Jurassic World game is incredible – giving us a perfect taste at what could potentially be in the future.

I adore the idea that this dinosaur would follow the same modular system as the other animals – as it is quite clear where the articulation would be on this model. Whilst we have seen older, single-mould Stegosauruses released in the past, they are not consistent with the new, more modern interpretation on the dinosaur theme. I think it would be really exciting to one day see the Stegosaurus from the game recreated as a real LEGO model which collectors can get their hands on.

As a side note – we are due to get a slightly more detailed Stegosaurus from LEGO sooner rather than later, as the skeleton of one will be included in the LEGO Ideas Dinosaur Fossils set. You can view my thoughts on that in my introduction to Jurassic June post, which you can read here. 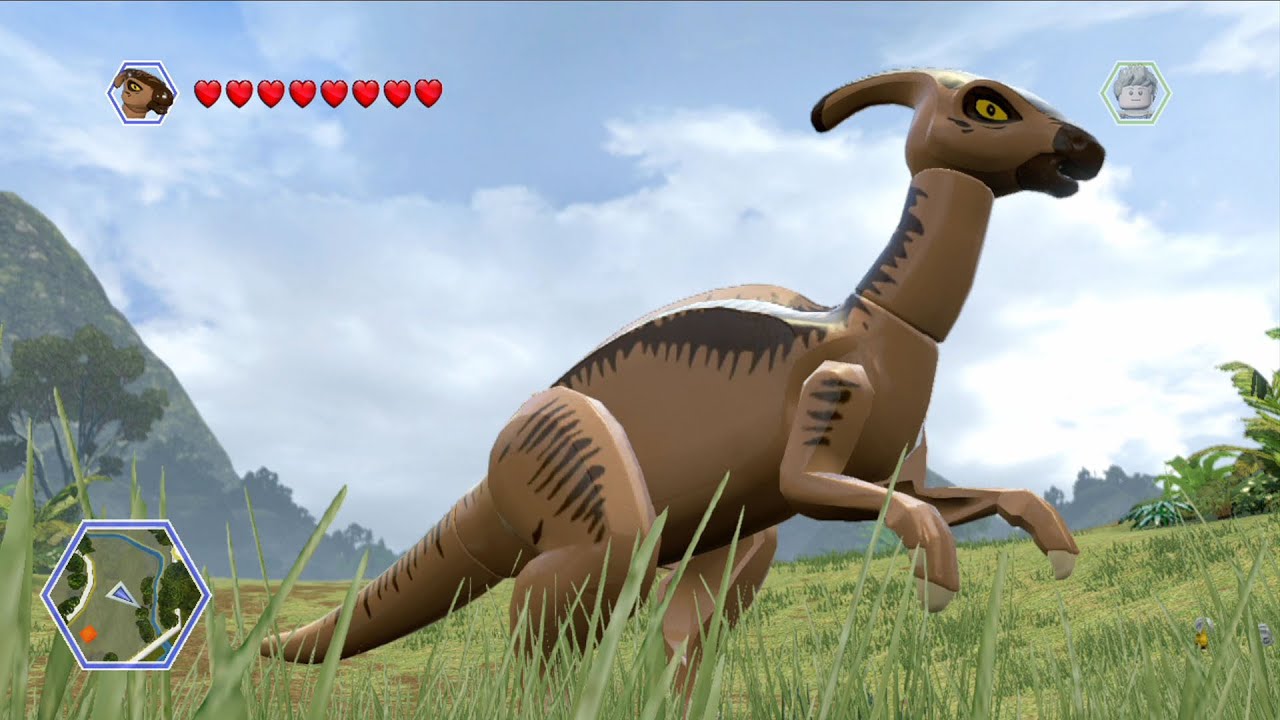 You’ll notice a lot of the dinosaurs on this list are herbivores – but they are also arguably some of the more iconic dinosaurs in the franchise which haven’t yet made their way into the LEGO world. The Parasaurolophus from the game is another fantastic example of this. The Parasaurolophus here has got some extremely interesting dimensions to it – and it is the kind of scale which we haven’t quite seen in the LEGO dinosaur’s assortment thus far.

I think the assortment of bright and vibrant colours present on the in-game model of the Parasaurolophus would really lend themselves nicely to a physical LEGO model, as the brown accents with the nougat colour scheme already have a great level of contrast to them. The Parasaurolophus is a more unique dinosaur – with its crested head making it stand out against other dinosaurs quite nicely. Whilst I would struggle to think of a way to make a LEGO set with this character exciting, I think that fans of all ages would embrace having the opportunity to one day add this character to their collections. 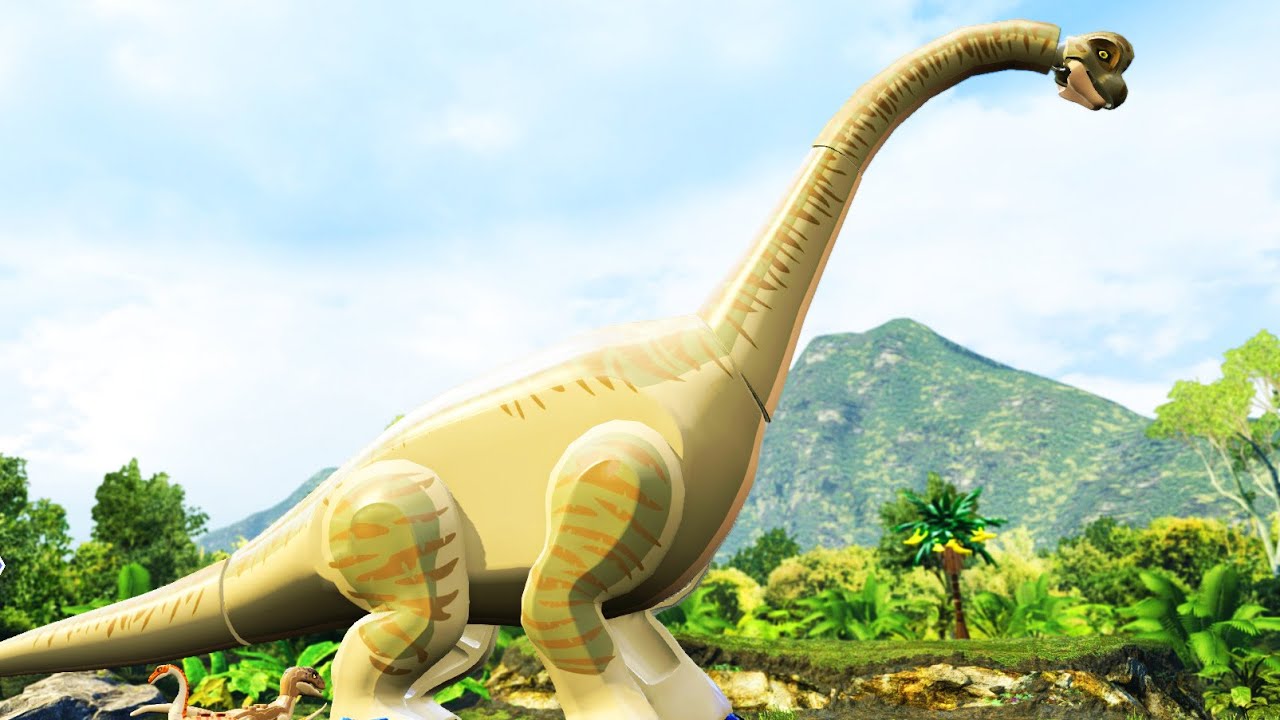 A few of you probably saw this – and I must touch on it, purely because it is more of a dream than anything as dinosaur of this size will never debut within the actual LEGO lines. That said, just imagine if a dinosaur which has studs the size of a mini baseplate on its back were to ever debut as an actual physical product that we, as LEGO fans, could purchase. It would be pure insanity, but insanity in the best possible way. A part of me hoped that the recently revealed LEGO D2C for Jurassic Park would have included this, but alas not. Just the idea of one of these one day owning store shelves, however, is incredible to me. It is honestly a dream which I would pay copious amounts of money to see realised by LEGO one day. 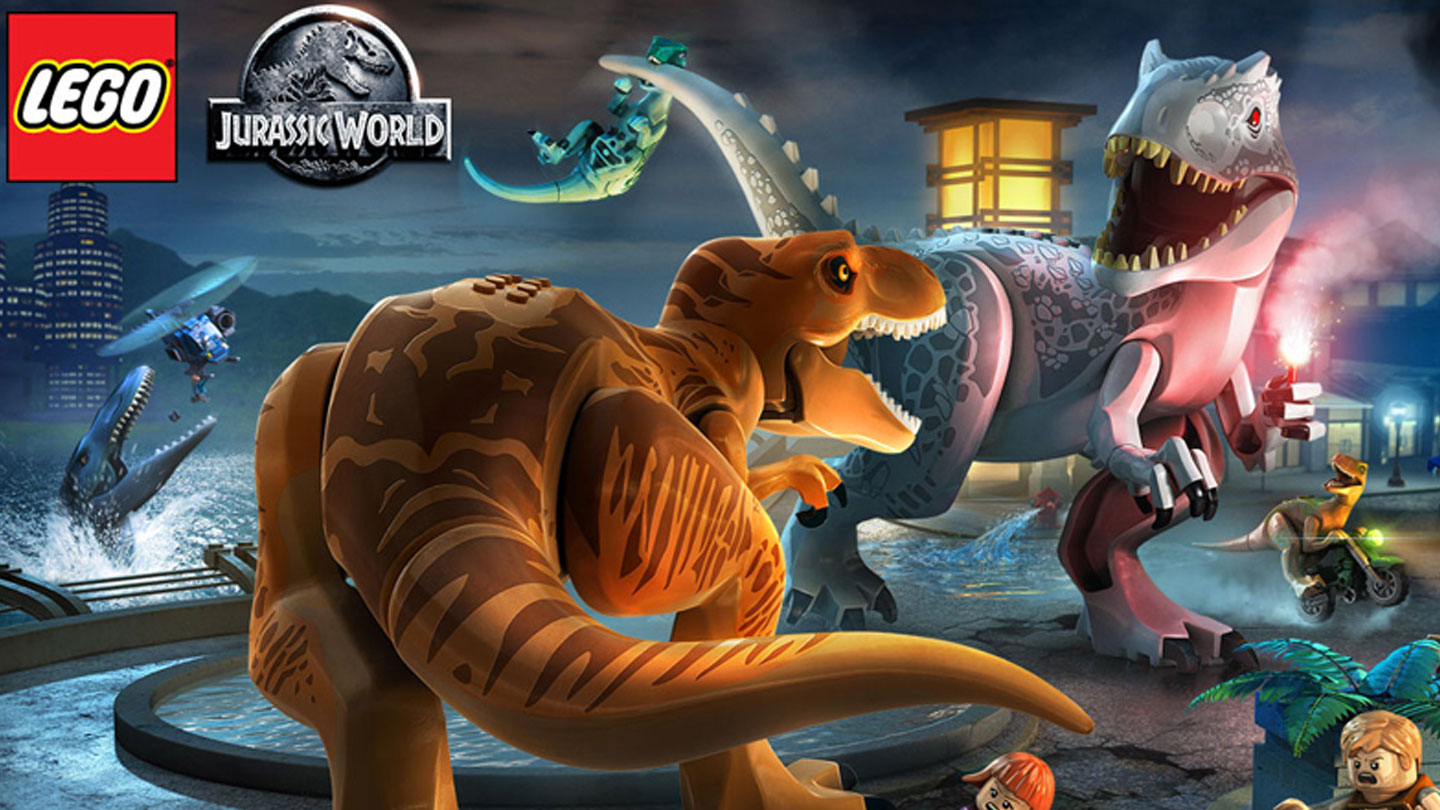 So, there we have it, a look at some of the strange and wonderful dinosaurs which have been imagined and LEGO-fied within the Jurassic World LEGO videogame. Whether you love or hate dinosaurs, I think you’d agree that having a greater variety of them would definitely be a good thing. We’ve seen it more in recent memory, with characters like the Baryonyx, Carnotaurus and Stygimoloch immortalised within LEGO format, but there is still a lot more which LEGO could explore. I feel like there is scope for us to see more in the way of Jurassic LEGO in the future – not just exploring the current films, but delving into the reach history of the franchise and giving us plenty of new characters and creatures along the way.

All that said and done, as always, I welcome your thoughts and your feedback. Would you like to see more LEGO Dinosaurs? Or are you happy with the selection we have?

As always, thanks for reading – and enjoy the rest of this Jurassic June!

Our very own anniversary! FireStar Toys blog is 1 year old!