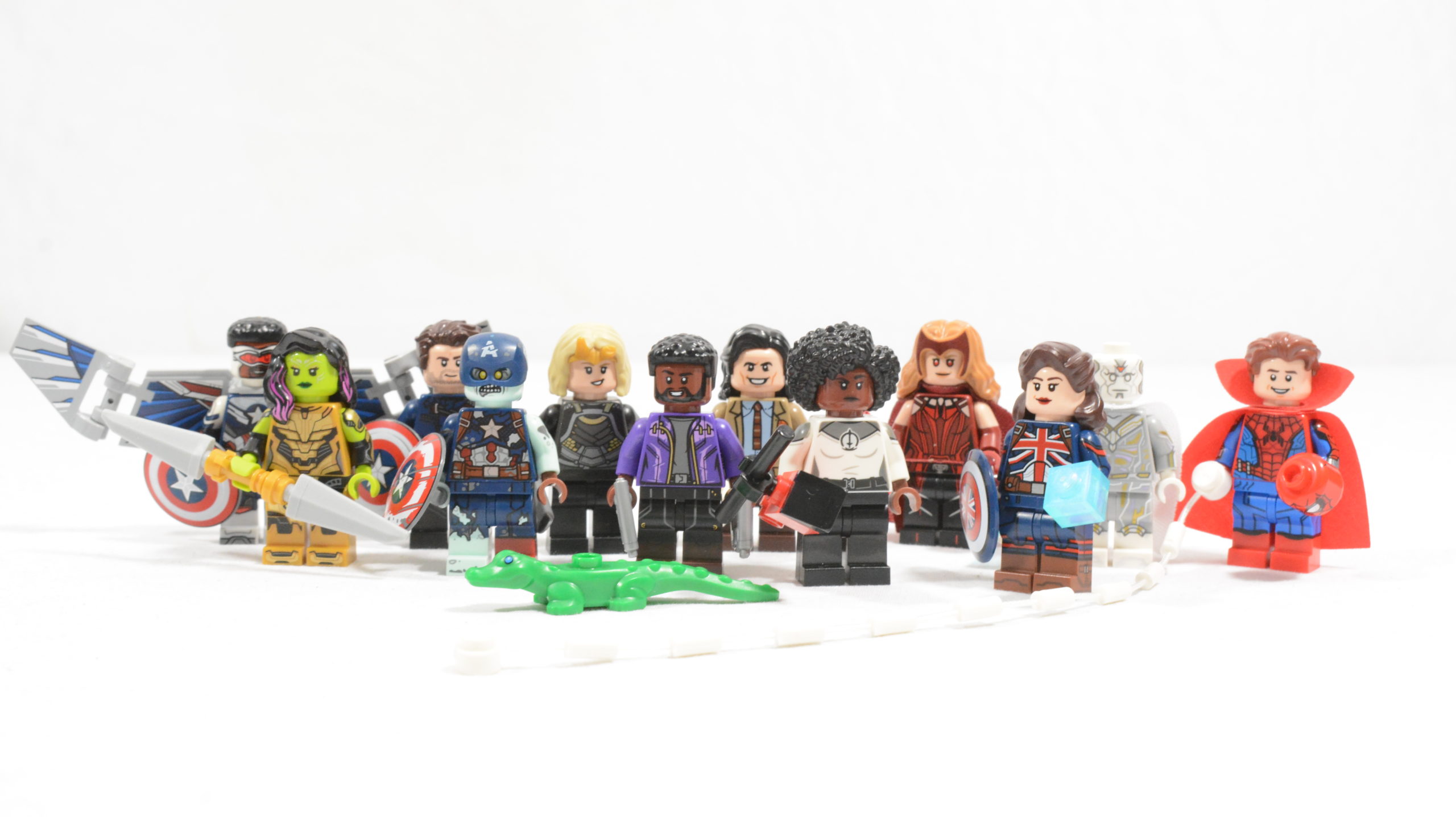 We are very excited that the Marvel Collectable Minifigure series has finally released – providing us with a brand new glorious purpose as we attempt to add all of the characters from the multiverse to our LEGO Marvel Collections. Let’s make it clear – this is a fantastic assortment of characters with some of the most detailed minifigures we have ever received based on the Marvel Cinematic Universe. Whilst we could gush about these figures in this post to no end, we are going to leave that for a different post – and instead are going to open your eyes to a universe of LEGO possibilities as we take a look at some of the upgrades you can make to your collection using the parts from this series.

Before we jump in and take a closer work we just want to let you know that all the parts (and minifigures!) in this article are available right now on the Firestar Toys website – so do head on over if you feel as though you want to get your hands on some of these minifigures!

Up first on the useful parts front we have Captain Carter – who comes with a useful faceprint, a brand new long hair piece in dark brown, and also printed arms and printed legs. The faceprint and the hair are really useful for other minifigures in the flesh colour scheme – but I wanted to focus on the legs and arms here, which allow you to add some fantastic additional details to previous Captain America minifigures released by LEGO. I opted to add these elements to the brand-new version of Cap from Age of Ultron, who came in this year’s Infinity Saga sets, and you can see that the added detailing really pop on this version of Cap – helping to add some welcome new detail to his outfit.

If you’re a fan of Captain America and would like to upgrade older figures, then this is a great way to make a super-detailed version of Steve Rogers which looks incredible.

Next up we have Star Lord – or, to be more precise, T’Challa as Star Lord. This minifigure is bittersweet as it comes with our first likeness of the late Chadwick Boseman. We’re grateful to have this tribute to his performances in LEGO format. This element is obviously useful for creating un-helmeted versions of Black Panther – working well with the version included in this year’s Avengers Compound Battle set. His legs and boot printing are another welcome addition here to – providing us with printed thrusters which can be used to upgrade the Peter Quill version of Star Lord which many of us own already. Add these legs to this figure and give him the silver blasters included with T’Challa and you have a great new version.

Lastly it is also worth noting the new hairpiece included on this character – which is bound to be popular on other minifigures. We always love new hairpieces as having a greater part pool allows us to add more unique new characters and variants to our LEGO collections!

Following on from Star Lord we have Monica Rambeau – one of the stand-out additions to the cinematic universe in WandaVision. Monica has some useful elements packed in – the first of which is another incredible new hair piece which we bet will be popular with minifigure aficionados. However, another really cool design choice here is the decision to not include a flesh print on the S.W.O.R.D uniform – meaning we can interchange elements with Monica to create other S.W.O.R.D agents. As someone who has invested a lot of time and money into building up a large assortment of S.H.I.E.L.D agents, I have to admit that I really appreciate this decision. Add in those fantastic printed arms and we have another really useful figure!

Next up we have the Zombie Hunter version of Spider-Man – who I thought was worth an honourable mention! I took the legs and arms from this figure and combined them with one of the older Spider-Man figures which I have and was pretty happy with the results. Let’s make no mistake – these parts won’t be particularly useful for other characters and minifigures, but they are useful for upgrading older versions of Spider-Man and so that makes it worth touching on them briefly. Another similar figure on the Zombie front is Zombie Captain America – who provides an easy way to make a ‘battle-damaged’ version of Captain America. Whilst the tears in the suit aren’t ideal for this more normal version of Cap, they work well enough – and provide some nice scope to create another more unique version of Steve Rogers if you are a big fan of his character in the MCU.

Whilst we talk about Captain America we also want to touch on the new Captain America – Sam Wilson – who includes some useful pieces. Alongside his gorgeous new wing piece, Sam includes a more modern print for the Captain America Shield – featuring the divided star and additional lines which we see in the most modern interpretation of the shield. I wasn’t expecting this level of detail on a shield print in this assortment, so I am really happy that LEGO decided to go this far. I also think the new hairpiece which has been created for Sam will be really useful in the future. I personally would like to get my hands on Blade and use this hairpiece for that minifigure, so I think there is already plenty of potential for this new addition to improve our pre-existing minifigures.

A couple of smaller points come in the form of Sylvie, who has a useful accessory in the form of the brand-new Alligator piece, and also White Vision, who includes a useful print for a S.W.O.R.D laptop – complete with a futuristic transparent blue design. These are just a couple of the great accessories which are included in this series, and provide some extra value to consider when it comes to the other uses for elements included in this series. We’re very excited to see how the Alligator piece may transfer into the City line in the future!

Overall, there are some really useful elements packed into the Marvel Collectable Minifigures. Taking a moment to step back and just appreciate how awesome it is to be able to say ‘Marvel Collectable Minifigures’ in itself, I think it is cool to see how LEGO have really committed to going above and beyond with the detail packed into these minifigures. We didn’t even look at all 12 figures in this blog post – highlighting how there may be even more combinations and uses for parts from figures like Wanda, Loki and Bucky. It’s safe to say we are very excited to see how people continue to get creative with the parts in this assortment once they get their hands on it.

That’s all for this blog post – but we’d love to hear from you. Let us know if you have plans to use any elements from this assortment in the comments below, and make sure to check out some of our other newest blog posts by clicking here.