Most people are familiar with LEGO. It’s a childhood staple, so you’ve probably encountered it before. In fact, you might have even had your own LEGO pieces growing up. I sure did! LEGO sets were a favorite of mine and were always at the top of my Christmas list. But nowadays, LEGO is a lot more than a child’s building toy. More and more adults are being drawn to LEGO, known as Adult Fans of LEGO (AFOLs), and fortunately for them LEGO is doing a great job of catering to that older demographic with larger sets perfect for a serious collector. So even though the benefits for kids are pretty obvious, adults can find LEGO to be a very rewarding hobby too!

Everyone Knows and Loves LEGO!

Though based in Denmark and with a humble history starting out as a wooden toy company, LEGO has since grown into an international sensation. The global reach and appeal of LEGO is impossible to miss. Their little yellow minifigures are instantly recognizable, and LEGO is consistently rated the most reputable company in the world.

So as far as hobbies go, you’ll be hard-pressed to find one so universally accessible and simultaneously beloved.

The LEGO brand also extends far beyond their iconic building blocks. The LEGO Movie was released in 2014 and spawned a few sequel and spin-off movies as well. There are also many, many, many, many LEGO video games.

There are of course several LEGO-like products, or LEGO Clones. Some of these are more popular in some parts of the world than others. For example, if you go to Spain, you might find Playmobil lining the shelves of toy stores. I personally never saw anything Playmobil until my trip to Barcelona. Not only did I encounter Playmobil sets in toy stores, but even came across a Playmobil “minifigure” display outside of one. 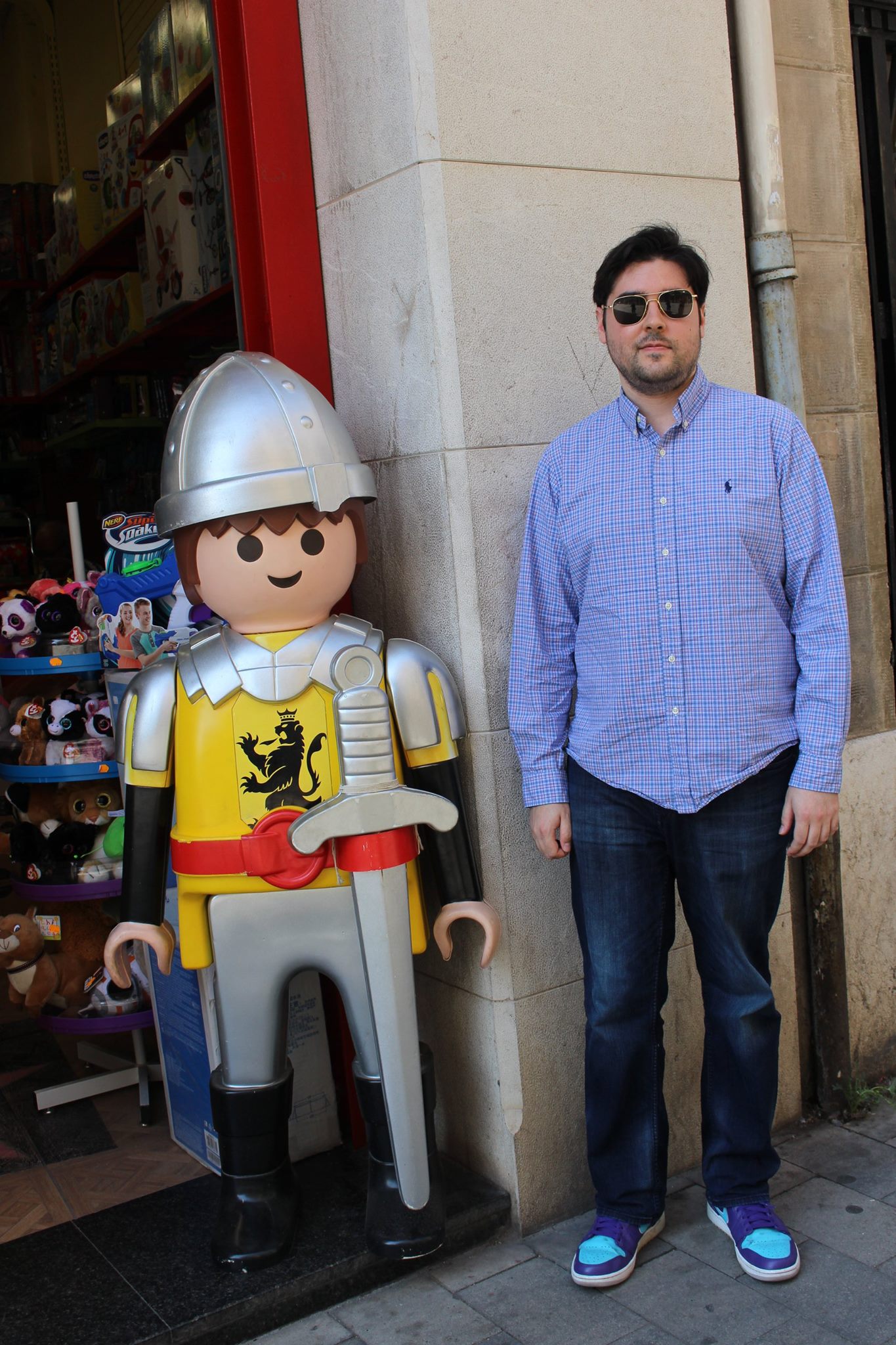 As for LEGO, I did find some of them in Barcelona too, including an independently-owned LEGO Store called Galegory.

Still, LEGO has the biggest name recognition, and people might refer to all these various brands of building toys as “LEGO” whether they’re the LEGO brand or not. That’s some powerful branding!

Not Just for Kids

While LEGO is well-known, it’s primarily known as a kid’s toy. However, that perception is changing. As an AFOL, you might encounter some raised eyebrows, but people will usually come around when they see the cool sets decorating your shelves. While there might be AFOLs who “play” with their LEGO like kids do, the approach to LEGO for adults is usually different.

AFOLs tend to focus on collecting and displaying their LEGO builds. Many also create their own builds, known as MOCs (My Own Creation).

LEGO in recent years has also done more to reach out to the AFOL community. In the 90s, the company still thought of its products as exclusively for children but soon noticed that adults were responding well to them. The Star Wars sets were particularly perfect for reaching older audiences who had grown up with the movies. Now LEGO leans into this by licensing more franchises like Star Wars that are popular with adults, such as Harry Potter, the Lord of the Rings, DC and Marvel Superheroes and more. 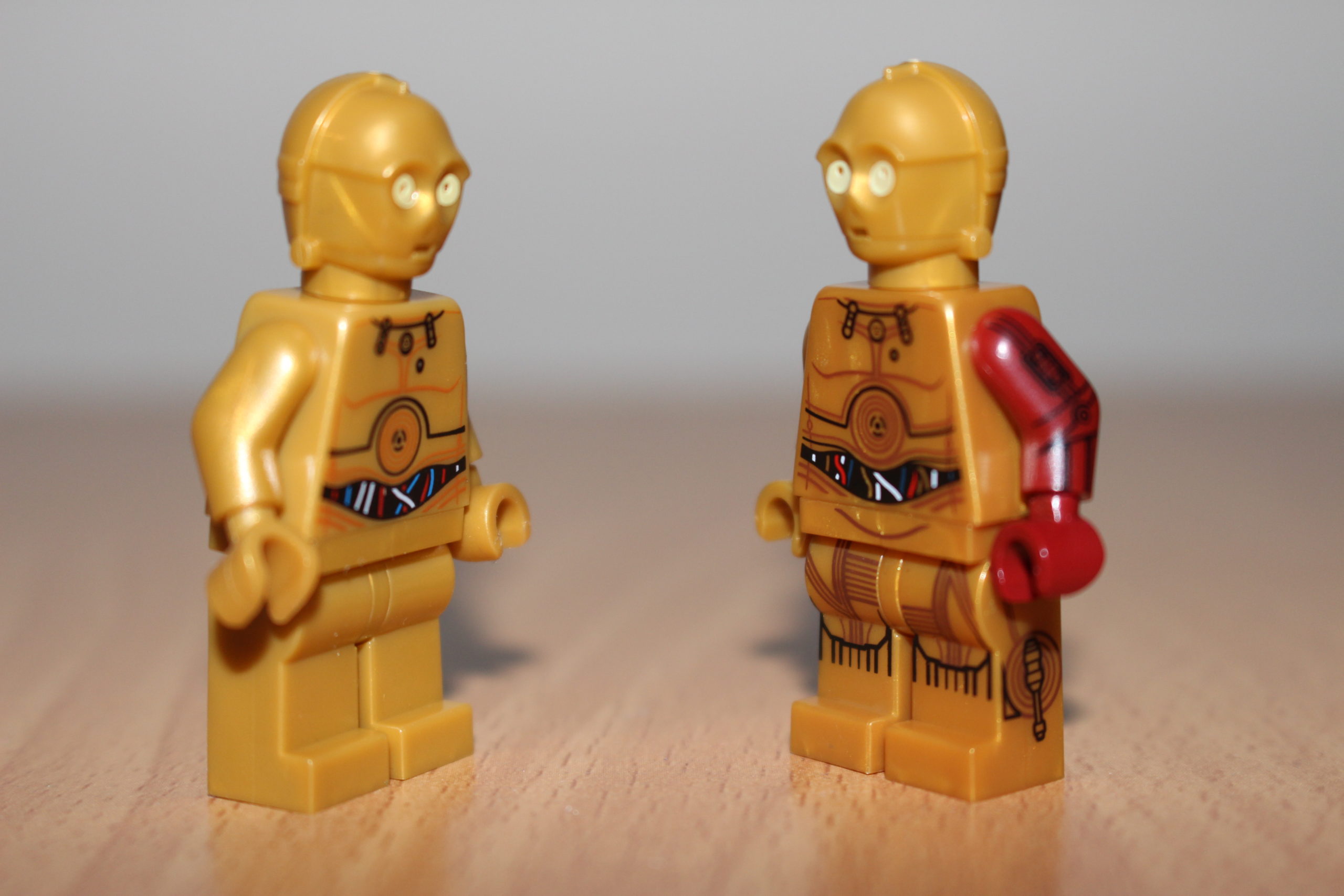 Aside from licensing, LEGO also produces larger and more complex sets. As an example, a recent Millennium Falcon set comes with over 7,500 pieces and sells for $800! I don’t know many children with that kind of spending cash. Their LEGO Ideas projects also encourages the MOC community and the recent acquisition of Bricklink, the largest second-hand market for LEGO pieces, signals their interest in being closely connected with the collector crowd.

LEGO is a Versatile Hobby

Just as individual LEGO bricks can connect together to become almost anything, the same is true of LEGO itself as a hobby. Many LEGO fans connect LEGO with other interests. Movie fans collect LEGO sets of their favorite films or build their own MOCs to commemorate them. Photographers can use LEGO, LEGO minifigures in particular, to create compelling images.

The possibilities really are endless, and chances are whatever your hobbies or interests are, you can find a way to connect them to LEGO. As an example, my friend and I started a YouTube channel called Blockie Talkie where we vlog about LEGO, combining my interest in online video with my love for LEGO.

Speaking of video, have you heard of brickfilms? This is a really cool use of LEGO and perfect for all the filmmakers out there. Brickfilms are stop-motion videos made using LEGO parts, and The LEGO Movie itself was a bit of an homage to these, though it relied heavily on CGI as well.

So LEGO can be a great medium to expand your current hobbies and the perfect complement to your interests.

LEGO is as Social as You Want It to Be

Some hobbies are inherently lonely, which can be crushing for extroverts. On the other hand, there are very social hobbies that can be a terrifying prospect for introverts. With LEGO, though, it’s really as social as you want it to be.

On one hand, you can approach LEGO as a purely solitary hobby. You buy a set or pieces and you sit alone building. You might spend hours in seclusion working on a build and getting it just right. For me, that’s a great opportunity to catch up on a favorite podcast and get some time away from the stresses of life. 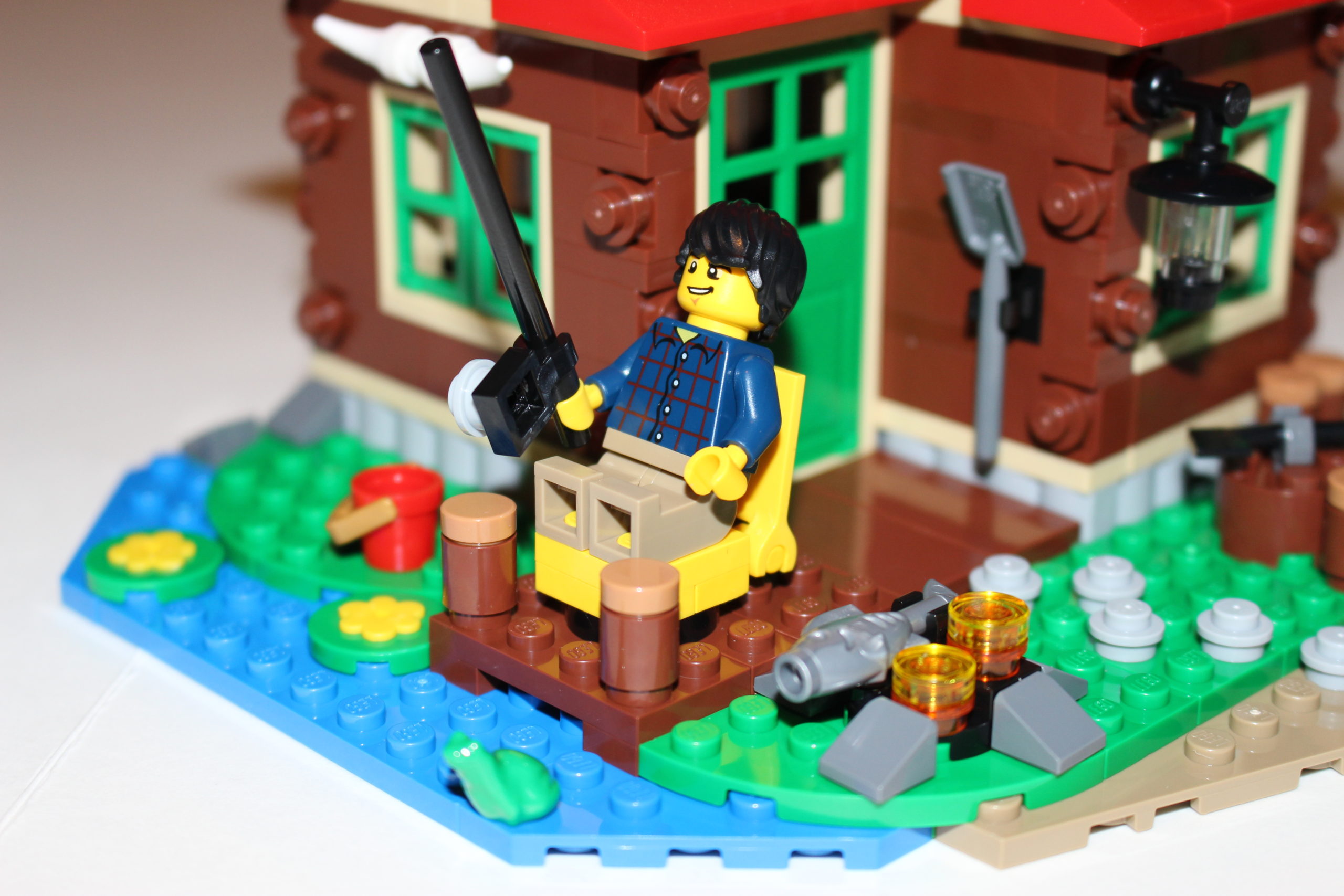 But if you thrive on human connection and these little yellow plastic people aren’t doing it for you, there are plenty of ways to make LEGO into a social hobby. The LEGO community is large and global, so you can usually find fellow enthusiasts nearby or attend LUG (LEGO User Group) meetings to connect with other AFOLs. There are often LEGO exhibits to attend around the world, too, and lots of communities online where you can share your LEGO love with others. 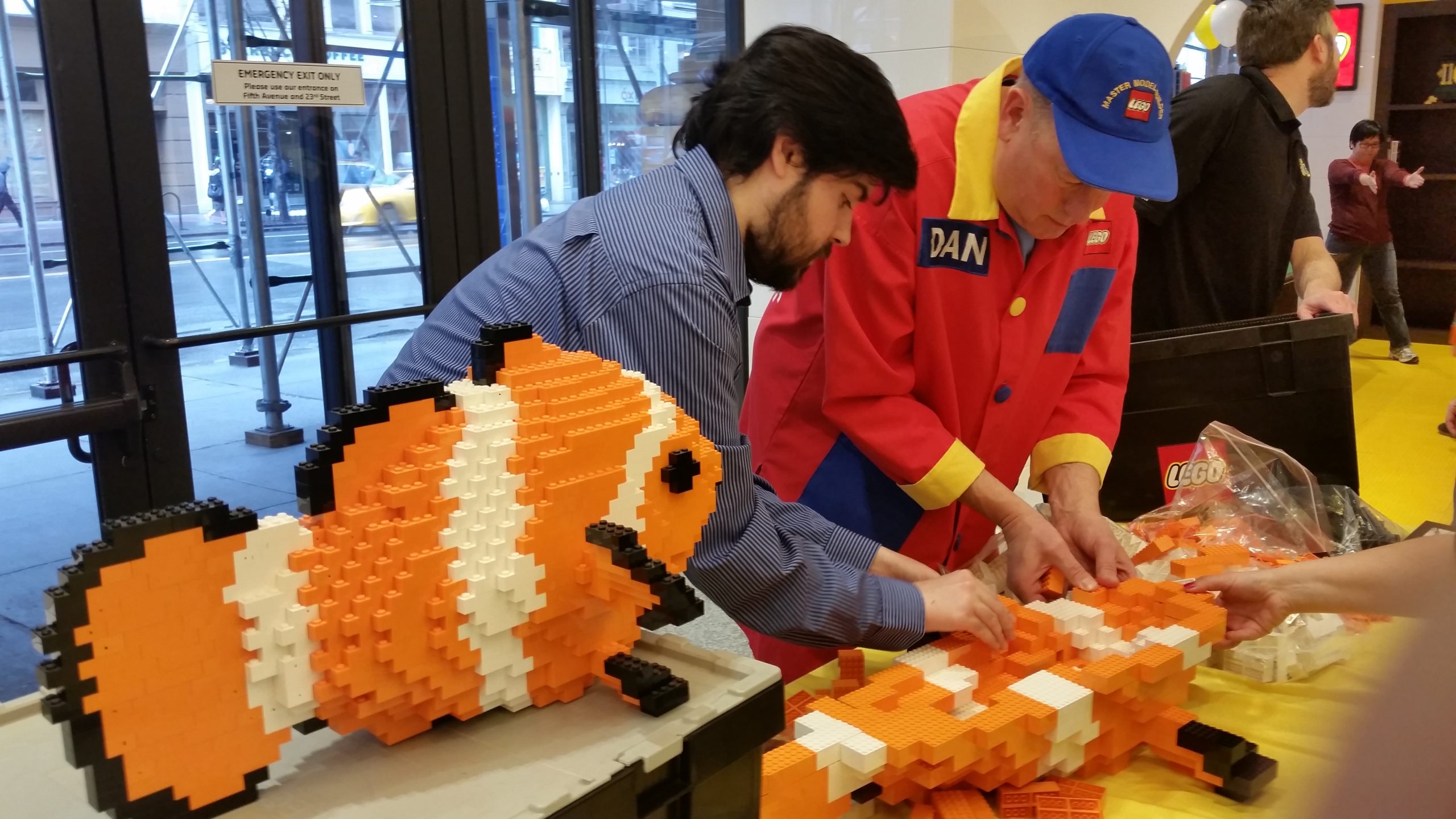 A great advantage of LEGO as a hobby is the wide age-range. Your LEGO collection is perfect for family fun. While some AFOLs might have reservations about letting their children “mess up” the hard work they did building the perfect LEGO display, it’s good to lighten up and let the kids be kids. (I think that was the message of The LEGO Movie!) 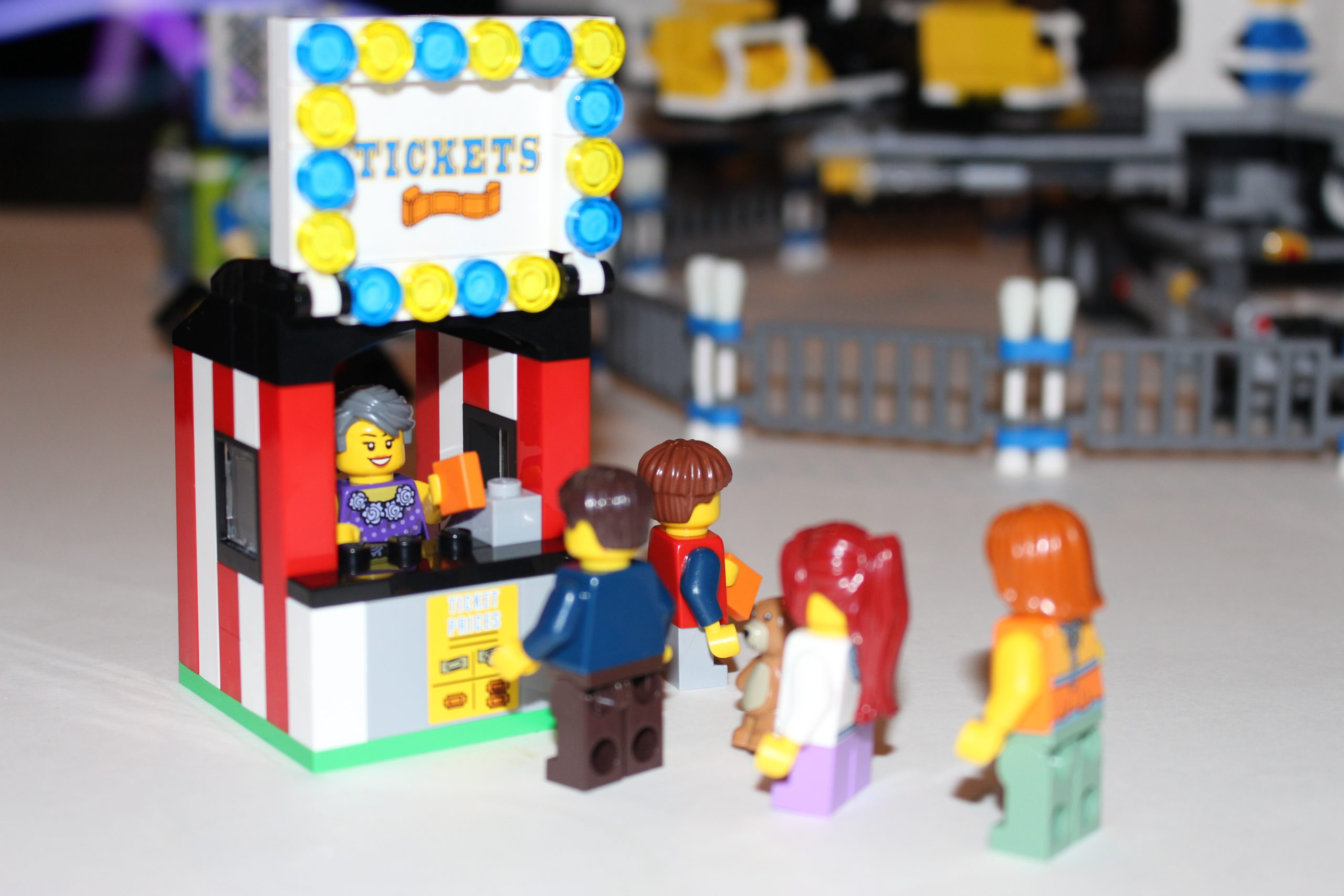 So LEGO is a hobby that parents and children can share, and having your own kids to play with will really help AFOLs get more meaningful value out of their collections. LEGO can encourage bonding and is a great way to challenge your children to use their imagination and problem-solving skills to build something great.

A LEGO Collection Is a Profitable Investment

In a lot of cases, LEGO sets and pieces have gone up in value over time. Of course, LEGO itself is a fairly expensive product and it’s easy to go overboard spending thousands of dollars on LEGO products. But you don’t have to be rich to get involved with LEGO. Even a few $20 sets here and there is enough to bring you lots of enjoyment. 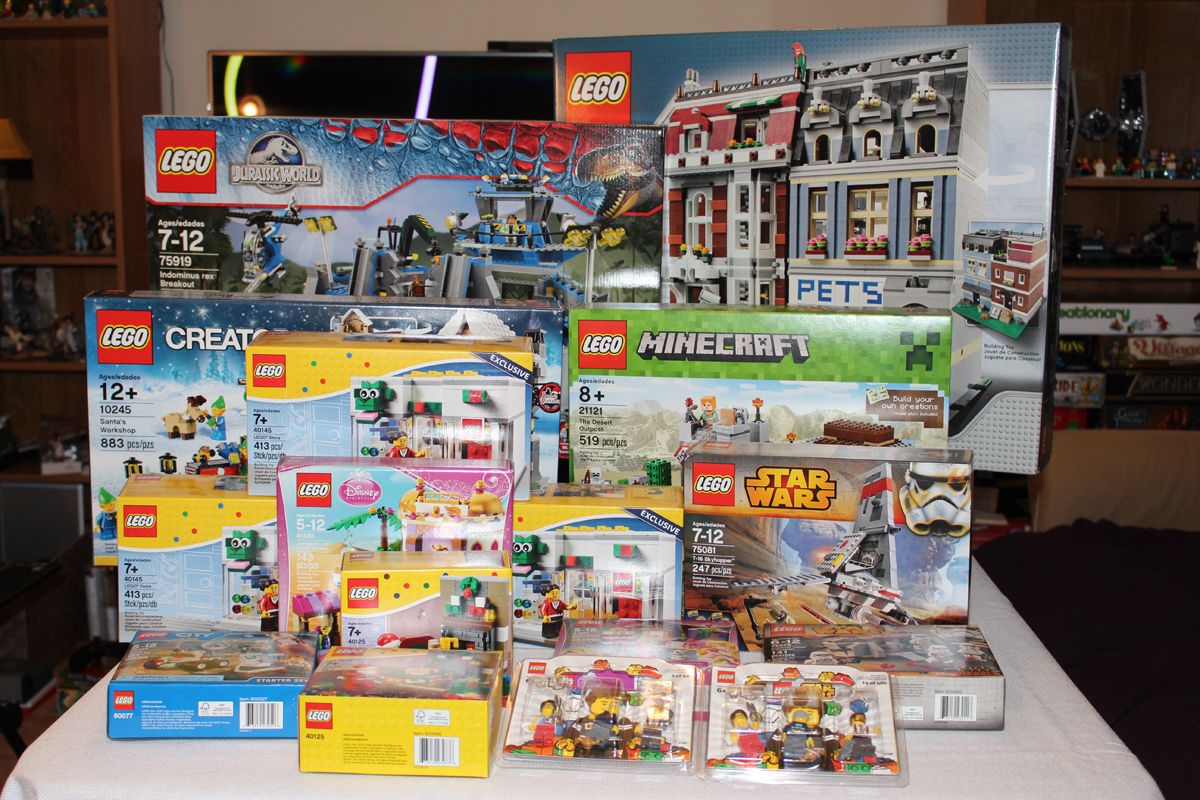 And the good news is that your collection will most likely still be as valuable or maybe even more valuable later in life. So if you ever decide to sell off your collection, you might make a nice profit.

And So Much More!

I could probably go on forever about the benefits of LEGO as a hobby because LEGO itself is extremely versatile and can be whatever you want it to be. That gives the hobby a lot of flexibility and can make it appealing for anyone, whatever their interests or circumstances.

If you’re not already into LEGO but giving it some thought, check out this guide I wrote about getting started as a LEGO collector. Ultimately there’s no right or wrong way to do LEGO, so make it yours.

And if you’re already enjoying the hobby, let me know in the comments what you enjoy most about it!

All images belong to the author unless otherwise stated

Clayburn is a LEGO collector and co-host of Blockie Talkie, a YouTube vlog discussing anything and everything about LEGO.