And we are back for part 3 of my LEGO DC retrospective of 2019! There are only two really amazing sets in this that I’d like to take a look at, but since this is a retrospective, I gotta also look at the 4+ sets. So let’s get into this!

Retailing for $10 USD, the only reason an AFOL would buy this set, was for the Riddler. Batman was an alright figure and had basically the same printing as past variants. He came with a Batarang. The Riddler was the exact same minifigure from the previous Batwing set I discussed in Part 2. However, this was a way cheaper way to obtain him, which drew a lot of AFOLs to pick this one up. The Riddler also came with a ton of accessories – a skateboard, TNT, and a crowbar.

The Batmobile in this set was a very simple build, being in a 4+ set. All you could do was fit Batman in it and drive it around. The ATM, which held two printed 100-dollar bills was quite a simple build as well. It sat on smooth tiles, and therefore, when you attached the TNT to the clips on either side, you could blow the safe up by sliding it out. Well, it was a pretty good set for a young child, so no complaints here.

Retailing for $40 USD, the main draw for AFOLs buying this set was Harley Quinn. She came with a newly printed pigtails hairpiece – something that has become synonymous with the character. Her face print was also new, and she came in an Arkham Asylum outfit which was nice for a change. The Joker was basically the same figure from the previously discussed $30 USD Batmobile set from Part 2, with the same hair and face print. However, the only change was that he too was in an Arkham Asylum jumpsuit. The security officer was an alright figure, using an angry clone face and a new torso. Again, Batman was the same figure was the same one from the Riddler Robbery set. 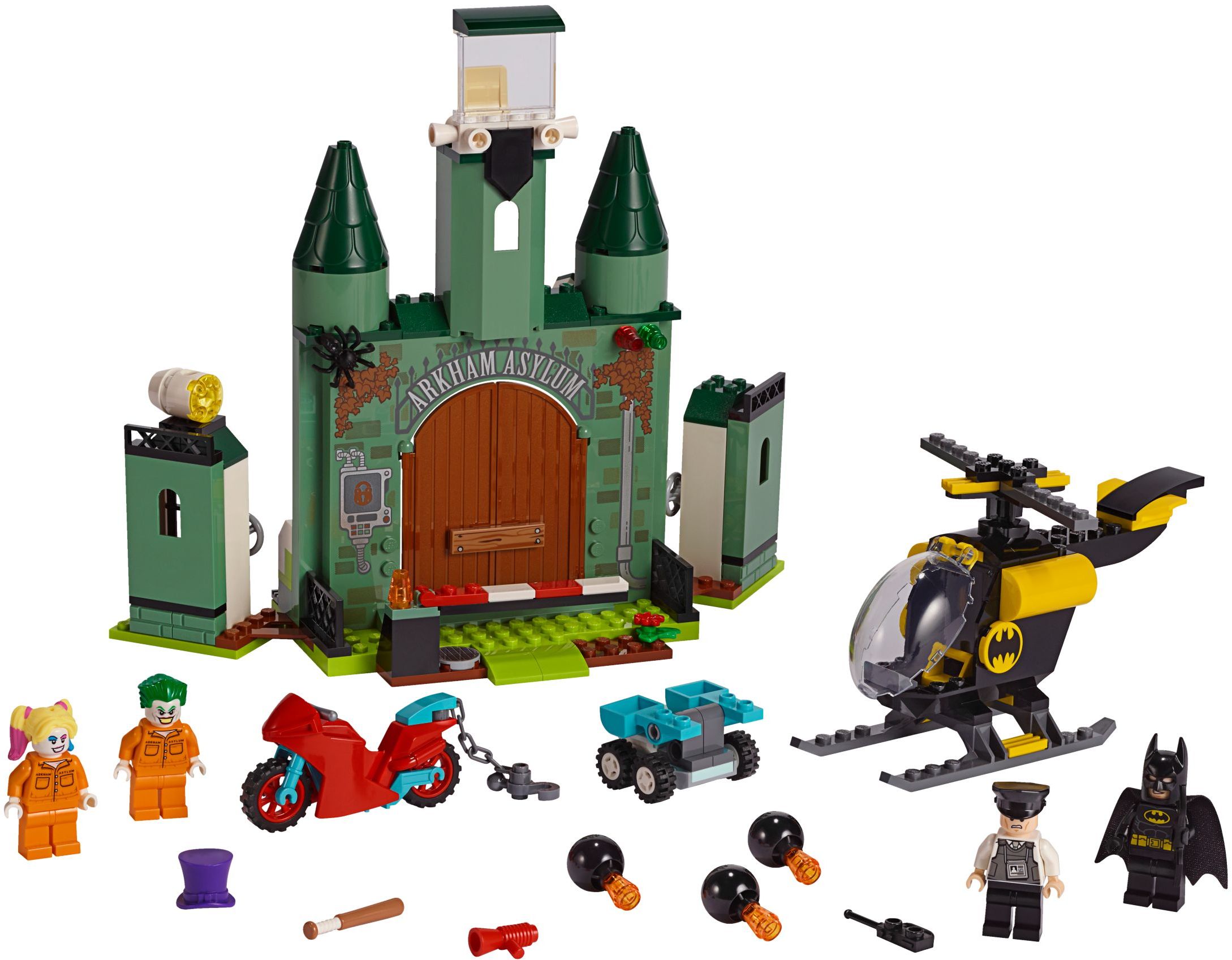 The whole build of Arkham was basically a facade. The parking barrier could be flipped up to allow prisoners to be transported inside, and yes the doors could be opened. On both sides, there were two prison cells for Harley and Joker. The rest of the interior was filled with references, such as Mr. Freeze’s cold gun and Mad Hatter’s hat, along with a massive screen displaying Joker. The other major build was the Batcopter, with an opening cockpit, and a spinning rotor. There was a bike for Joker or Harley Quinn, and a catapult that could launch bombs at Batman.

This was a legendary set. To celebrate the 30th anniversary of the Batman 1989 movie, LEGO released the behemoth of this set. The three minifigures were so amazing! The Michael Keaton Batman became one of the best Batman minifigures to date. LEGO made a completely new combined moulded cape and cowl. This meant that you couldn’t turn the minifigure’s head when it was on, which made it accurate to the actual film. He received a very simple face and torso print, but that new mould made the figure stand out so well. The Joker was directly pulled out from the 1989 film’s version of the character. From his top hat to his iconic purple suit – he was done perfectly. Vicky Vale was a cool figure, with a new torso and leg print. 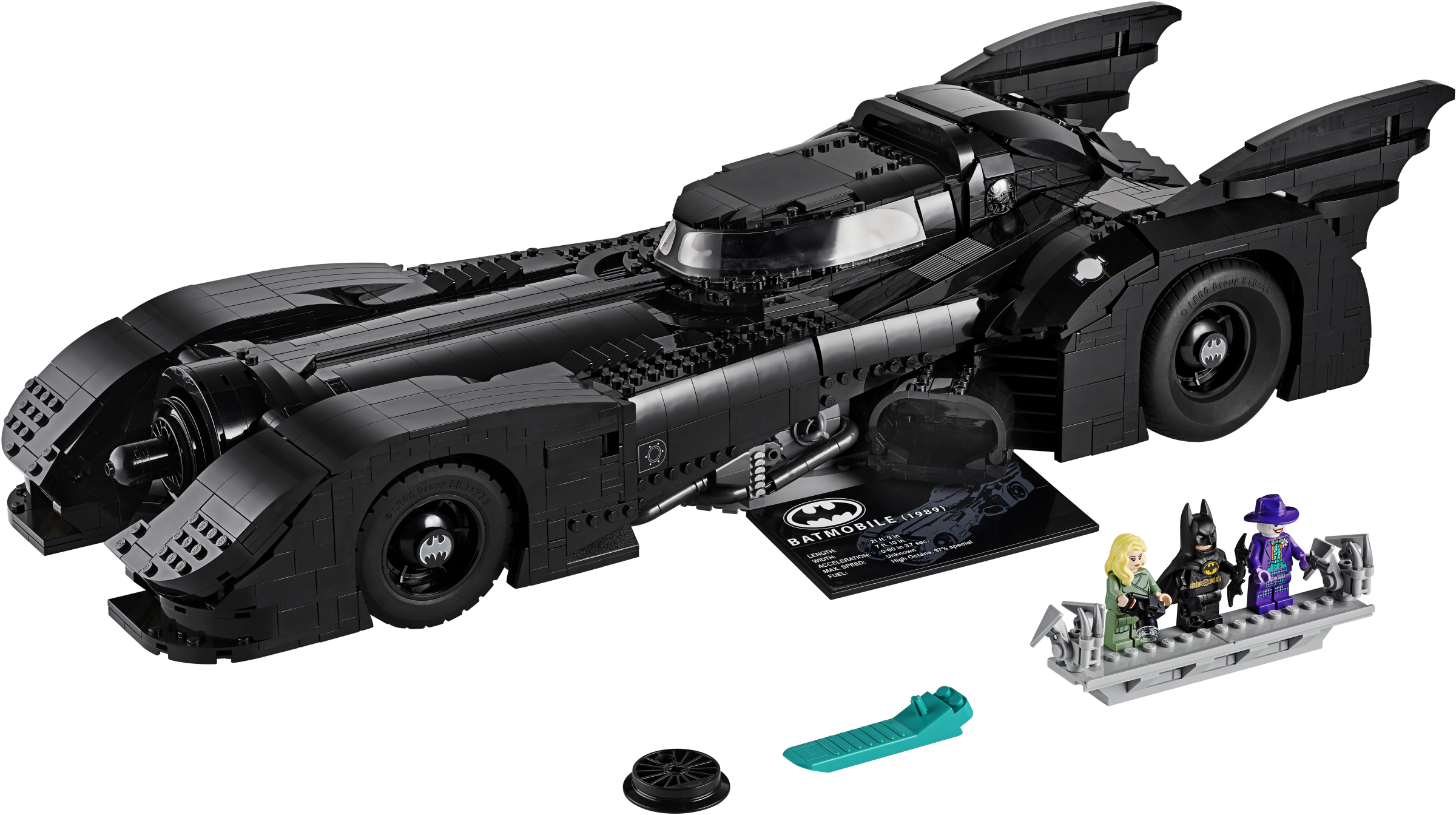 The Batmobile was a perfect build. It had near-perfect accuracy to the actual movie prop. The curving and edging were created so amazingly. The building techniques were just so smart that the designers deserved a raise. It was placed on a rotating base, so you could spin it to view all angles. There was one well-hidden play feature. By rotating the engine outlet at the back (basically the massive knob), it would cause two guns to pop out of the car towards the front. The window/roof could slide forward to reveal two seats, a steering wheel and a ton of stickers for car detailing. Finally, there was a plaque that gave the specifications of the car. This was a beautiful set, and I hope to own it one day.

To coincide with the release of the UCS Batmobile, LEGO released a promotional 1989 Batmobile set. It was basically the massive set but miniaturised into minifigure scale. It was extremely similar to the $30 USD Batmobile set with the Joker which I discussed in Part 2. Again, the contouring, the detailing and edging were done so well. It was such a good promo, and it definitely motivated many AFOLs to buy the massive set just to get this. Marketing is a powerful tool, isn’t it? 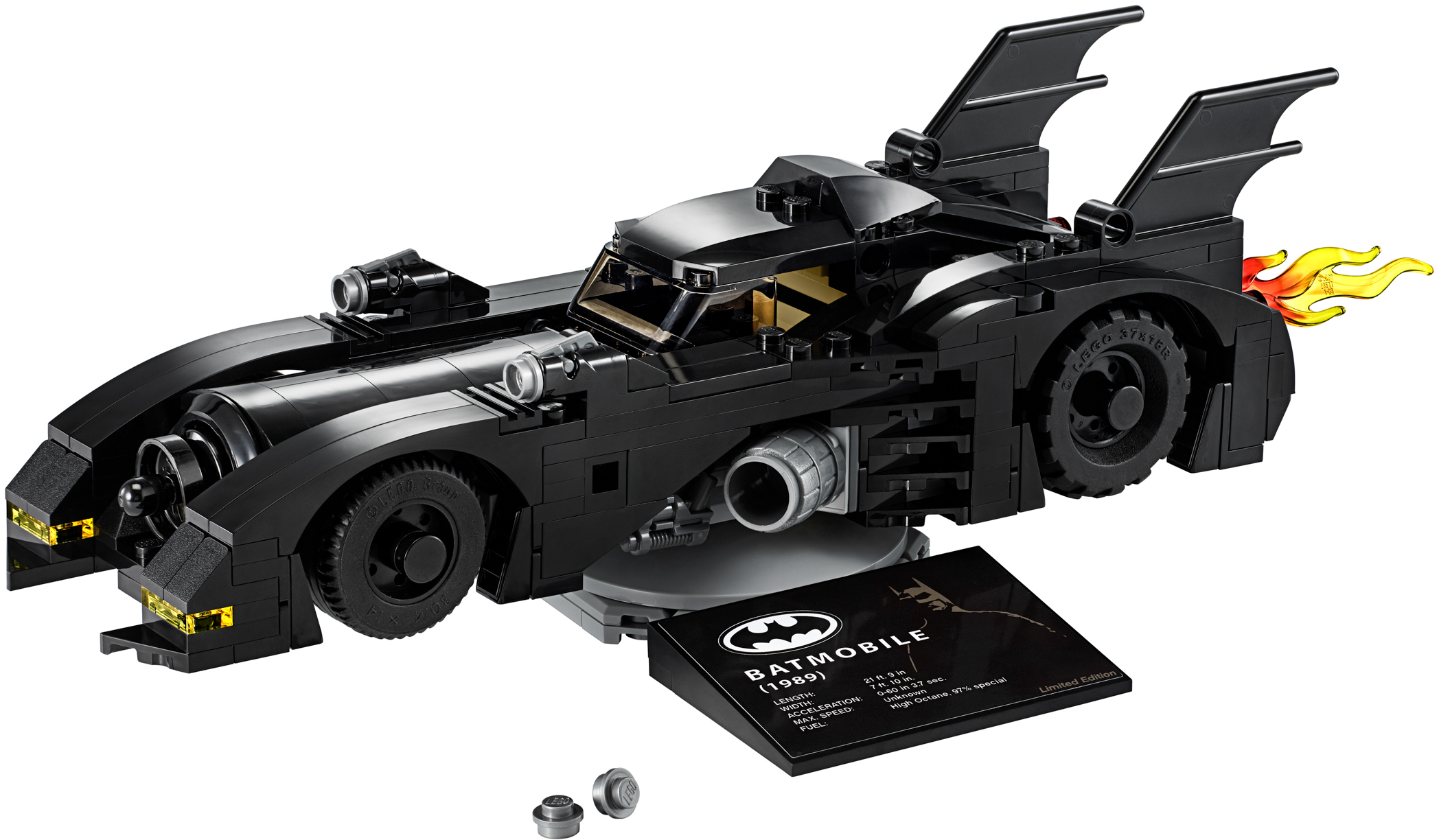 The figure in this set was basically the same one from the Riddler helicopter set that I discussed in Part 2. The only change was that this version came with the Superman hairpiece, instead of the hood. They could’ve at least differentiated the two by giving the one from that Riddler set dual moulded boots or even arm printing. That would’ve gone such a long way because re-releasing that same figure in this set devalued it by a lot. But that’s my hot-take. 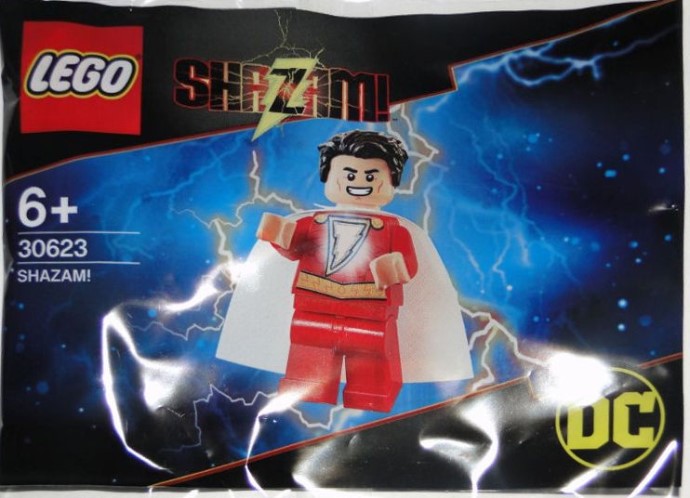 This set was released for SDCC 2019. The minifigure of Batman was not exclusive at all. He was the same version released in a few sets, with the face print and torso. 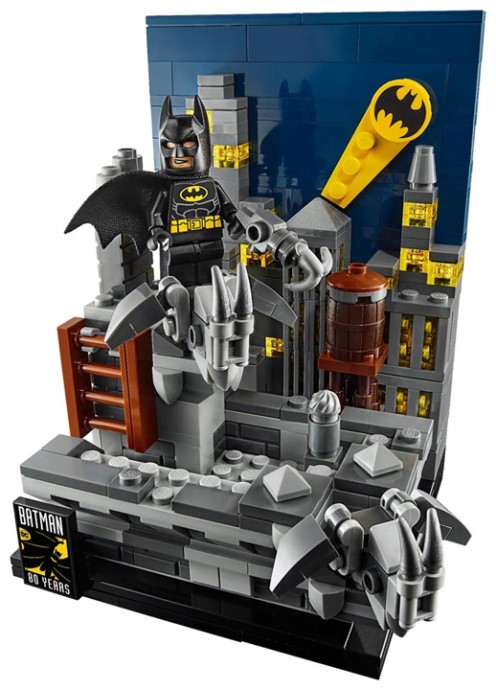 However, I was more interested in the little build. It was a cool build of Gotham. The base was the rooftop of a building. The builds for the gargoyles (the thing that Batman was standing on) was well-built. The use of the two different shades of greys gave it that gothic and worn-down look. The background was built as a perspective. The designers used micro builds of buildings to create a city behind them. Again, the detailing and the pieces used was so perfect! I wouldn’t mind a whole line of these for other DC Superheroes.

The other SDCC figure of 2019 was Zebra Batman. It was such a beautiful figure. The Batman cowl was moulded in white, with Zebra printing on the front and the sides. The torso continued this exclusive and unique printing and so too onto the legs. Finally, he came with a white cape, with more printed stripes. Yeah, this was such a unique DC figure. Also, can we just admire the box art? I just loved the use of blue and purple. 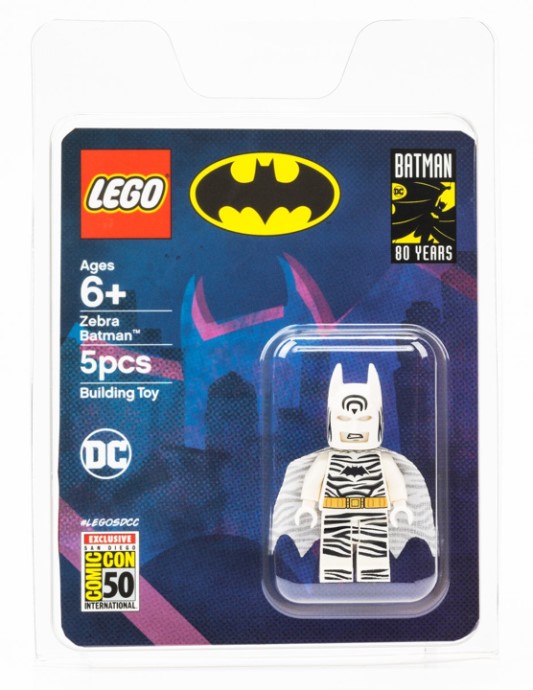 And that’s it for 2019 overall for LEGO DC! There were a few foil pack figures that I addressed in my 2020 retrospective, but they’re kind of a waste of time to talk about since they’re basically minifigures that I have already talked about. So I decided to save us time and not talk about them. But yeah! That’s it! I really hope you guys enjoyed these three parts, and I shall continue to write about this theme until I have no more years to talk about. So stay tuned! Thank You!

LEGO Marvel Infinity Saga Sets are Around the Corner!