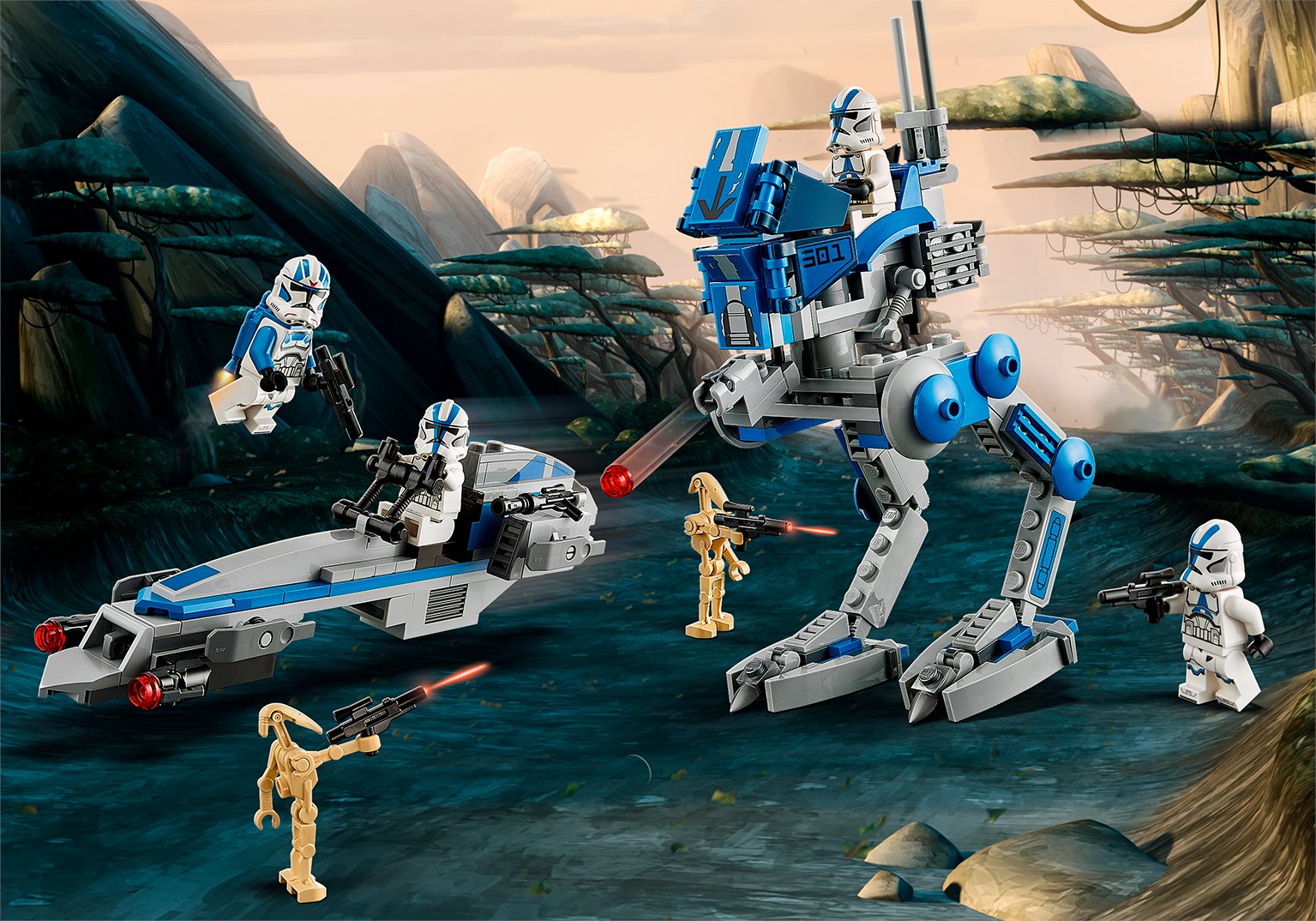 I felt a great disturbance in the Force, as if thousands of LEGO fans cried out with shear joy, “We did it!” Adults, teenagers and children alike all asked for it and LEGO delivered. This August, LEGO will be releasing a 501st Battle Pack. 285 pieces, a BARC speeder, an AT-RT, two battle droids and four 501st troopers.

This article will chart the set from its conception to its official announcement on the 2nd of April, 2020.

Back on the 24th of October 2017, Youtuber MandRproductions (aka Ryan) released Episode 10 in a series called ask MandR. Mathew Stoward asked “If you could create one battle pack what would it be and what minifigures would it include?”. In the video, Ryan responded by saying “I think the obvious choice here would be a 501st trooper battle pack”. He stated “I would buy like thirty of them because why not, who wouldn’t?”

At the time everyone thought the idea was preposterous. LEGO would never make a 501st battle pack because of the somewhat gruesome role that 501st troopers played in Revenge of the Sith. In 2005, Star Wars fans were horrified to discover that the clones attempted to execute all the Jedi when they were given order 66. The 501st Legion stormed the Jedi temple on Coruscant alongside Darth Vader, killing any Jedi and younglings that crossed their path.

So what is so desirable about the prospect of a 501st battle pack?

Well, Star Wars fans grew to love 501st troopers through the Star Wars Clone Wars TV series. Back in 2008, the series introduced us to Captain Rex. Dee Bradley Baker’s portrayal of the dual wielding clone captain led to Rex quickly becoming a fan favourite character. Throughout the series, fans witnessed Anakin Skywalker leading his legion of troopers into battle. 501st troopers weren’t just ordinary background characters. They were given names like Echo and Fives. Children who watched the series saw these troopers go through training. They watched them work their way up through the ranks. Kids even got to see some of these clone troopers die fighting for a cause they believed in.

That, plus they look awesome. Who wouldn’t want to build an army of blue clone troopers?

The beginning of a movement

Since Ryan’s video in 2017, the idea of a 501st battle pack garnered some attention. Yet the movement didn’t really begin until December 2018.

It was then, Ryan decided to test his newly found influence. On the 7th of December 2018, Ryan shared a video titled “Hey LEGO, We want a 501st battle pack…” He commanded his army of dedicated followers to post “We Want a 501st Battle Pack” on all LEGO’s social media posts until they produced the set.

The video included clips of several LEGO Youtubers discussing why they wanted a 501st battle pack. YouTuber RichboyJhae even rapped ‘We just wanna 50 50 50 1st battle pack’. It was very catchy. I recommend you check it out as quoting the song doesn’t really do it justice. Ryan even had clothing made to promote his campaign.

Unfortunately, LEGO gave little indication they would ever produce a 501st Battle Pack. Ryan began to wonder whether starting the campaign was a wise idea. Like many others, he feared that LEGO would no longer be willing to produce the set as they wouldn’t want to set a precedent of giving in to fan demands. He also feared that launching the campaign may have hindered his
chances of joining the LEGO Ambassador Network (LAN).

LEGO eventually gave fans a little hope when they published the 2019 LEGO Star Wars Visual Dictionary. Page 153 had a section entitled “The Future”. It stated;

“As to the future, LEGO Star Wars team always keep fan requests at the front of their minds when they think about what’s coming next. The team are actively involved in the LEGO Star Wars fan community and are able to understand first-hand what the fans want.”

The very final page of the book was dedicated to acknowledgments. They chose to include an image of a 501st trooper riding a blue LEGO AT-RT. With hindsight, it seems fairly obvious that LEGO were working on a 501st Battle Pack. Still, the hints seemed too good to be true and many fans continued to believe that the set would never be produced.

The day no one thought would come

The moment had arrived. Ryan was jubilant. In a recent video, he revealed LEGO sent him an email on the 1st of April saying that a 501st battle pack would be revealed the next day. Because LEGO sent Ryan the email on April Fool’s day, he thought it was a joke. Whoever planned the timing of this set’s reveal to prank Ryan deserves a medal.

Although LEGO revealed photos of the set in April, the 501st Battle Pack won’t release until August. If, like me, you can’t wait that long I recommend you check out some of FireStar Toys’ awesome products.

Why not purchase a LEGO 501st trooper? This figure came in the 2013 AT-RT set and would make a fine addition to any LEGO fan’s Clone Army. 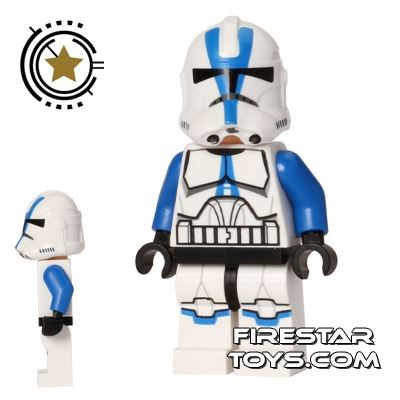 You could buy named 501st troopers like Captain Rex to lead your troops into battle. FireStar Toys sells an awesome Captain Rex minifigure in his snow attire. 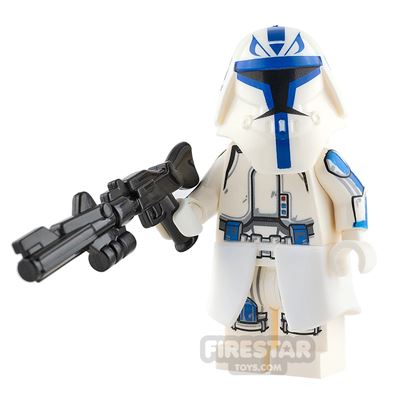 You should also check out FireStar Toys’ wide array of custom printed arms. 501st troopers arms should be being released shortly so make sure you keep an eye out. 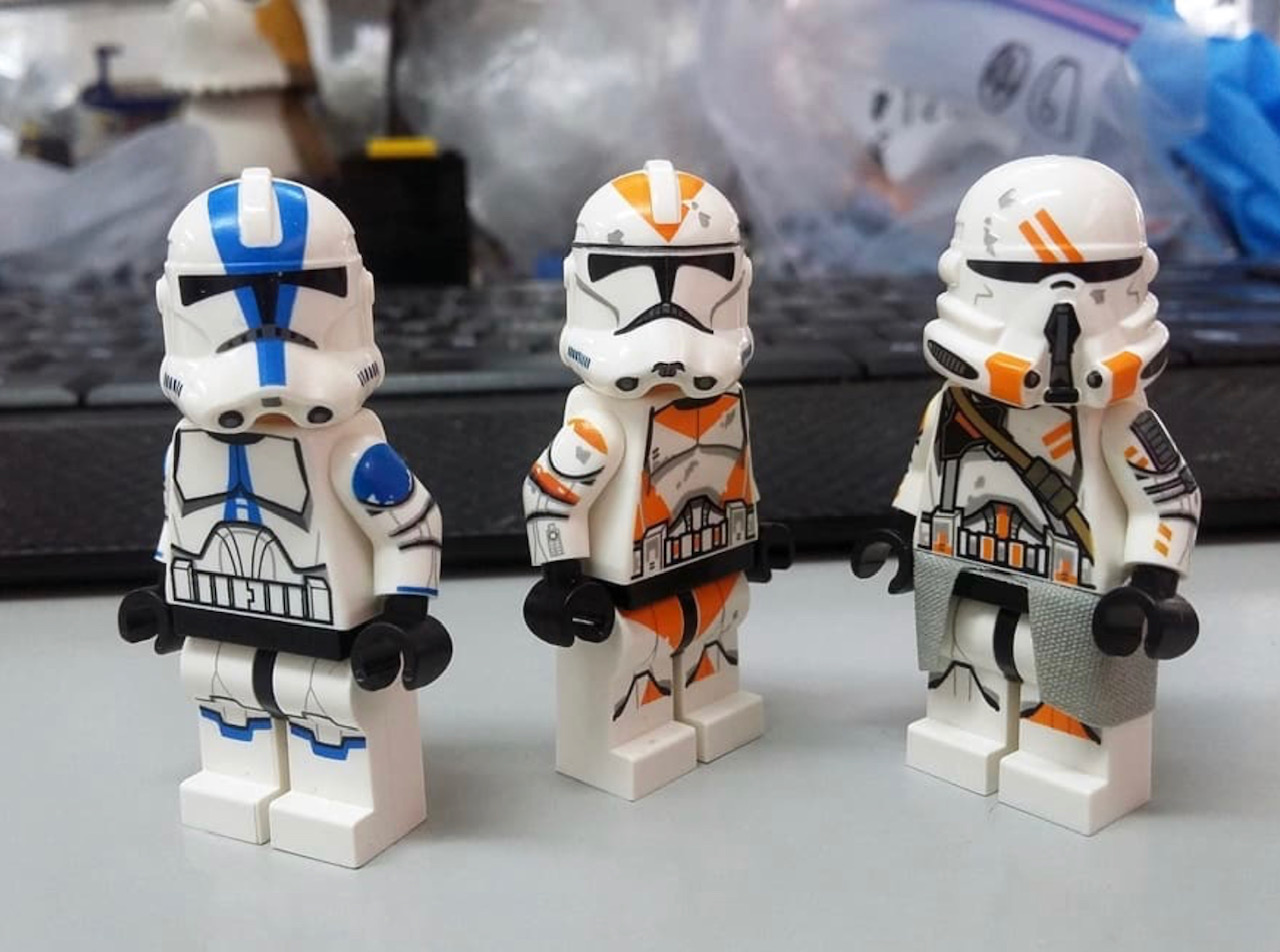 You could buy some custom weapons to prepare for when the set releases. Clone Army Customs makes a whole host of clone weapons such as the DC-15s, DC-15A’s and the small DC-17 blaster pistols used by Captain Rex. Brickarms also sell versions of these blasters.

You can purchase both Brickarms and Clone Army Custom weapons from FireStar Toys.

It’s finally here. Congratulations to all the fans who have been campaigning so long and hard for this set to be made. Are you excited about the 501st Battle Pack? Are you frustrated it’s not coming out till August? Share your thoughts in the comments section below.