LEGO Star Wars is one of these LEGO themes that seems like it’s not going to be leaving us anytime soon, just like City, Creator, and… Well, there really isn’t a licensed theme from LEGO that can compare. The amount of sets, exclusive figures, new parts, and profit made as a result of the LEGO Star Wars theme is nothing to scoff at, but there has been an interesting shift in the way the more recent sets have come out, and I will explain the reason why this shift has occurred and why I think it benefits both average fans and collectors.

As many of you may have noticed, in the last year, three Star Wars sets have been released by LEGO that are redesigns of starships that have previously been made into sets, but those previous models were significantly larger. First, and I think the most obvious in this shift, is the TIE Fighter. The new model on top features nearly one-hundred less pieces, reduced proportions, reduced figure count, and cost $20 USD less than the previous model. But why? People like to build big and detailed models of their favorite Star Wars ships, so why reduce them this way? Well, I have what I may call a theory, edging closer to speculation, but I think it should help make this controversial change clearer.

It should come as no surprise to anyone that LEGO sets, and LEGO in general, can be quite the expensive hobby. New products come in waves at usually consistent pricing, with high ticket items such as Creator Expert and UCS sets releasing around two or three from their respective lines each year. If you are a collector and are an adult, then this oftentimes isn’t a great issue for you, but perhaps it can be an annoyance. What we should keep in mind is that the target audience for LEGO overall still remains aimed at kids, and kids don’t have a lot of money to go around.

A general rule of thumb that I’ve adopted alongside many AFOL collectors of sets is that the baseline for a good price on a LEGO set comes from the Price to Part Ratio; how much money you spend per piece in the set. Here in the United States, I use $0.10 per piece as a good average ($10 for 100 pieces), which LEGO prices tend to lean into.

But LEGO is more than the pieces; it’s what you do with them. People want their big models, but the cost of the parts add up. Ten pieces for a dollar? Not much you can work with there. Only at around 400 to 500 pieces does a LEGO set start to become sizable and weighty, but that also means that what can be considered “the good models” start at around $40 to $50. If you are a kid with perhaps a small allowance, then that could seem like quite a lot of money. The examples above are priced beyond that as well, with previous versions of the TIE fighter and X-Wing being $70 and $80 respectively.

Now there has been a change, as the models have gotten smaller, thus having less pieces and a lower retail price. The newer TIE fighter and X-Wings are now $40 and $50, $30 cheaper than their previous versions. 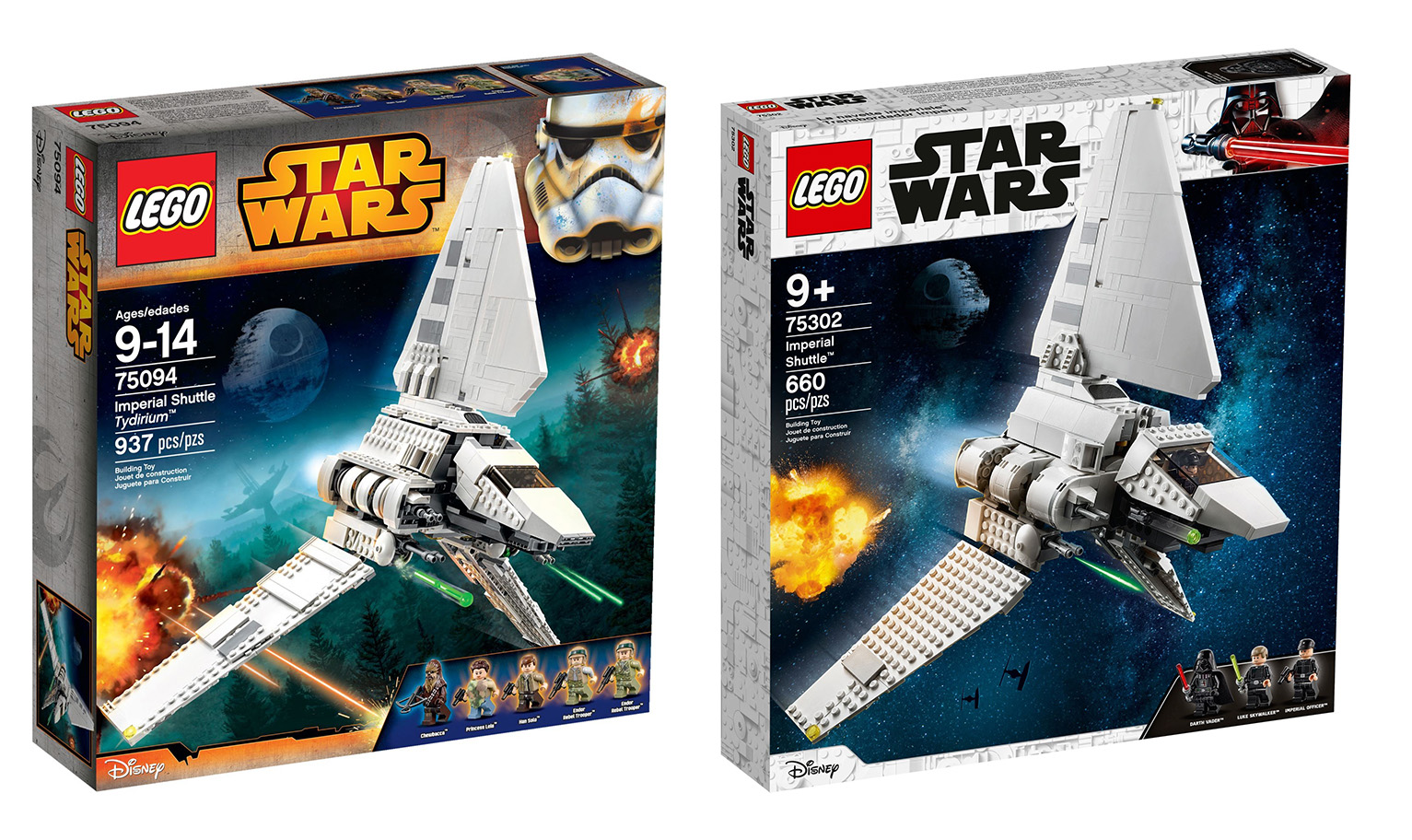 I think that this change in practice for LEGO is a good one, and I can see a lot of great potential in future products. They mainly seem to focus on ships from the series that are common and everyone likes, so reducing the price and size of the sets makes them substantially more accessible to everyone. This is a good thing for collecting as well, as at a reduced price and size, you can buy more of them for less, and display it without taking up as much space on the shelf. This also may add value to your older, larger sets of this trend continues onward from here on out. I myself try and get one of everything from LEGO, so now that options are coming out smaller and cheaper, my collection benefits and I think yours will too.