2019 has been a great year for LEGO! With the number of great sets from LEGO we got this year it was tough to pick my favorites! I loved the amazing Ideas sets, the LEGO Movie 2 sets and the new LEGO themes that were introduced. The number of great builds, great minifigures for decent prices was wonderful for fellow LEGO collectors like myself. I do wish LEGO did a better job with the Marvel sets but at least they went harder on other themes. Without further ado, these are some of my picks for the best LEGO sets of 2019. 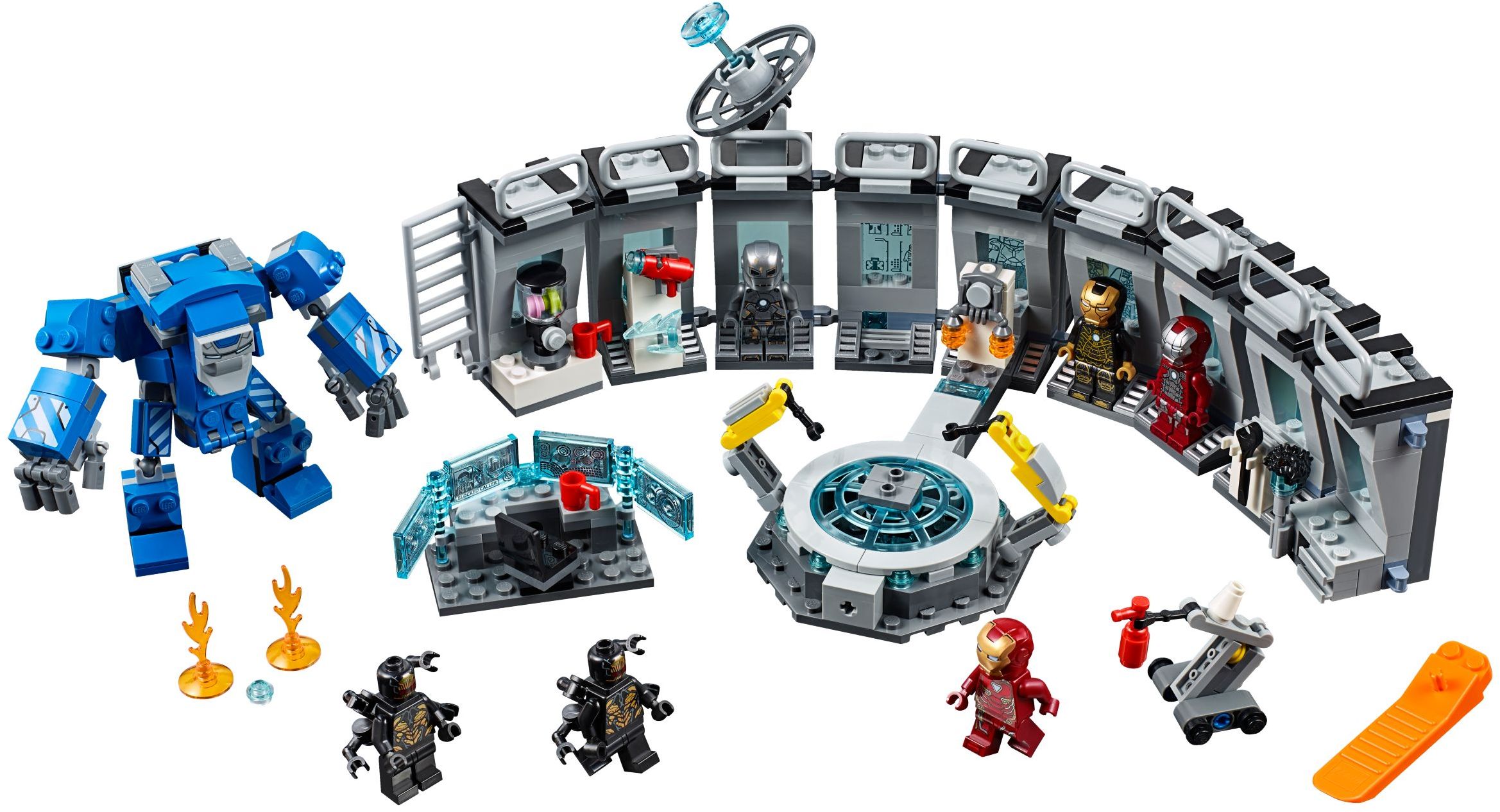 Iron Man Hall of Armour from LEGO Marvel was very long anticipated since the release of Iron Man 3 in 2013. 6 years later we finally got one, which was sold for $59.99 USD, included 524 pieces, 6 figures, 3 of which are exclusive to this set, and a small mech of Iron Man’s Igor armor. I was thrilled when this set was first released, the build looks amazing in my opinion. There are 9 sections where you are able to place figures, one which is leading to a display circle where his suit would be assembled on him. I found the 9 sections a bit repetitive to build since they were pretty much the exact same, but it was worth it for the end result. Also included is a separate desk for Iron Man which connects to the display circle I was talking about earlier.

The Igor mech was a surprisingly interesting build, it is also capable of fitting a figure inside to control it as well. It does have its faults though. The frame isn’t the same as the Igor armor from the movie, and the head sticks out oddly. It is a good extra for the Hall of Armour, but not as a stand-alone build.

The figures of this set include 2 common Outriders which are nothing special, but the 4 Iron Man figures – now that’s special! 3 of the 4 Iron Man suits are exclusive to only this set, you rarely see something like this with a set that’s only $59.99. The exclusive figures are Mark I Iron Man which was a great tribute to the first suit, Mark V suit, which was from the iconic suitcase scene from Iron Man 2, and finally Mark XLI, also known as the Bones suit, which is the only Iron Man suit we got that’s black and gold. The other Iron Man figure that isn’t exclusive is the Mark L, otherwise known as The Infinity War suit or the Nano Tech suit. The extras included in this set is a Dum-E build with a fire extinguisher, 2 flame pieces, and an orange brick separator. 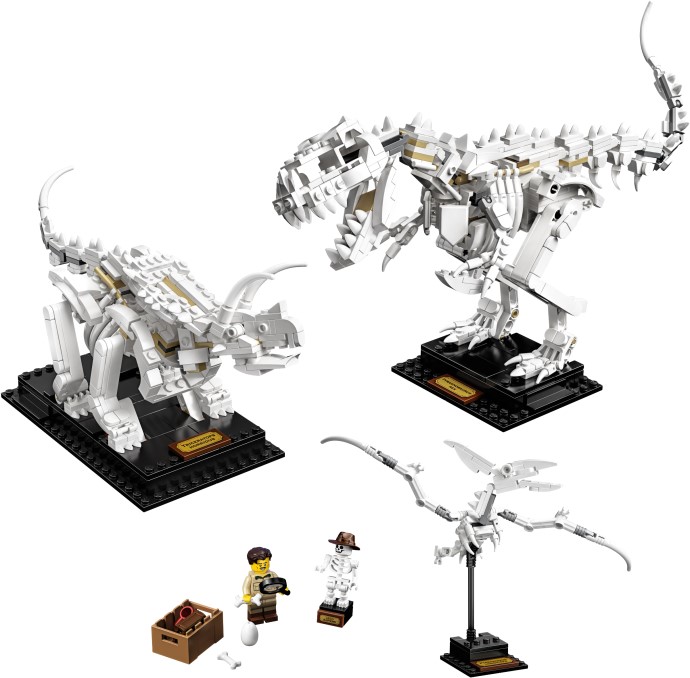 The Dinosaur fossils set from LEGO Ideas looks incredible and was designed very nicely. It retailed for $59.99 USD, with a remarkable 910 pieces and 2 figures. This set’s main attraction isn’t the figures like most sets, but the build which isn’t too common. Another thing that isn’t too common is 910 pieces for a $59.99 set. I guess the lack of exclusive figures, and lack of big pieces lowered the price. The main and biggest build of this set is a T-Rex skeleton which just looks splendid. I love the spikes from the body to the tail, those details really give a skeleton look. The scale of it seems to match the living T-Rex from the Jurassic World sets, so I would assume it’s scaled nicely.

Also included is a Triceratops skeleton, which looks smooth and accurate, but I’m not too fond of how the frill looks, it doesn’t really feel complete. The rest of the build looks great. Finally, the Pterodactyl skeleton is a lot smaller than the others, but that doesn’t mean the detail is not there. There are pieces to resemble the ribs, fingers, toes, even the spikes on its neck! Every skeleton build comes with its own platform with the name of the dinosaur. There’s also a skeleton figure with a hat and a Paleontologist, with a crate of small fossils and bones. 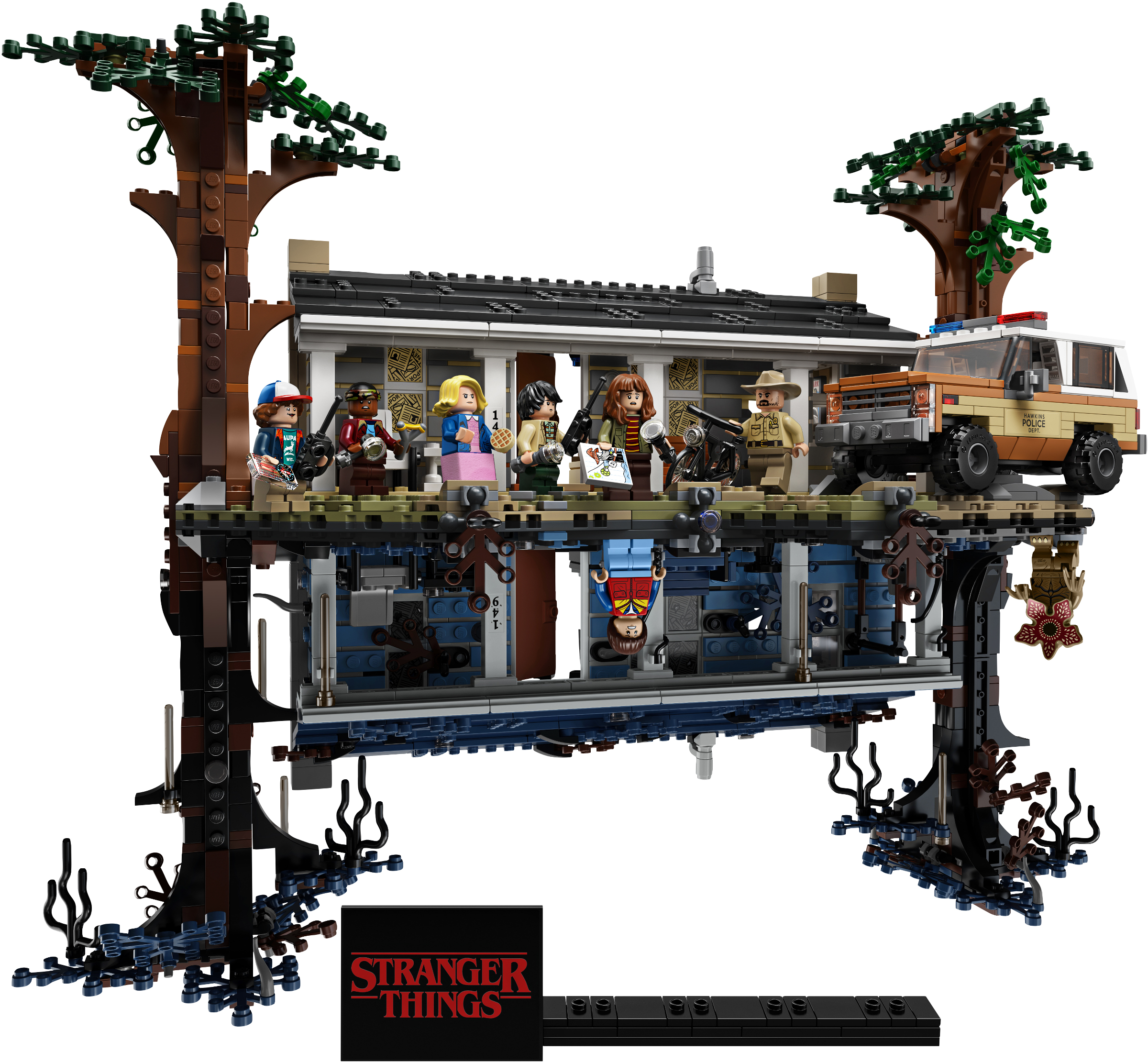 This set retailed for $199.99 USD, with 2287 pieces, and 8 minifigures all exclusive to this set. The attention to detail is amazing, everything on the top is made duller or broken at the bottom. There’s so much to this set it’s hard to start, so let’s start with the trees. The colors on both are very good and something I haven’t seen too often. Most LEGO trees I’ve seen are made with the normal green color so it was nice to get an alternative shade of colors. I’m in love with the trees on the dark side, they look awesome. All the different, dark colors, the seaweed pieces really give off a great vibe. The homes on both sides are pretty much identical besides the extra dark details for the dark side, other than that they’re symmetrical. 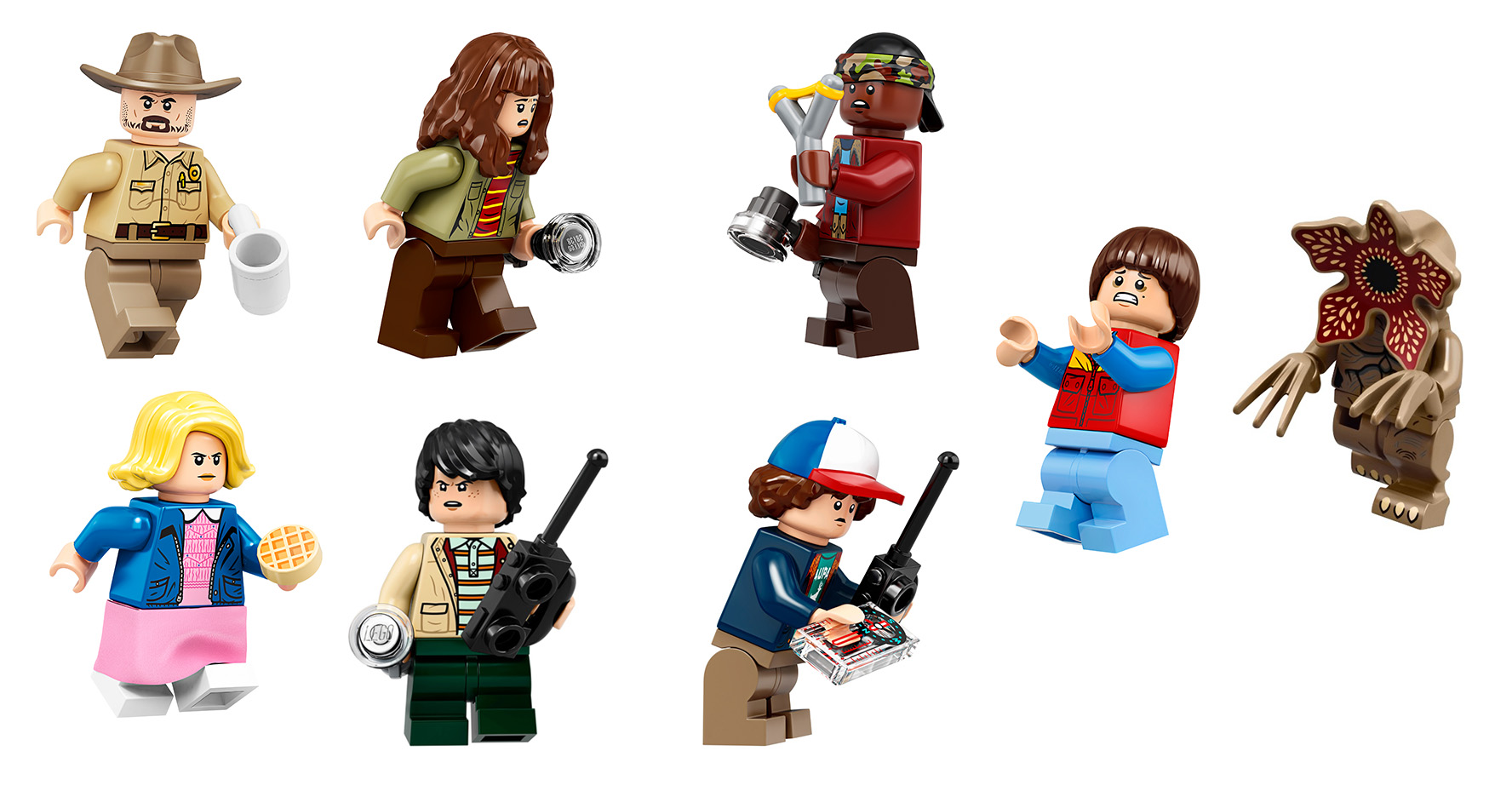 In one of the rooms on the normal side there is an option to activate a real light that shines on a calendar type piece, which is a cool add on for use in photography. Included in this set is also a jeep, which is extra is very good considering it’s not the main focus of the set, it could’ve very much easily become a stand-alone set with just the jeep and it wouldn’t look bad. The shades of color make it seem actually realistic, unlike some other cars/jeeps from other themes that look like they’ve come out of a cartoon. As for the figures of this set, each minifigure displays unique details and accurate to the real characters, including Jim Hopper, Joyce Byers, Will Byers, Mike Wheeler, Lucas Sinclair, Dustin Henderson, Eleven, and a Demogorgon which dwells in the upside down.

That concludes some of the best LEGO sets of 2019. Thank you for sticking around to read my first article and they’ll definitely be more coming. Stay tuned for my part 2 of this series to see even better and bigger sets that I feel share the role as well. Peace!