Well, it finally happened.  A few years have passed but we’ve finally got a true sequel to the original LEGO Movie, the LEGO Movie 2: The Second Part!

This sequel begins at the ending of the 2014’s LEGO Movie with an invasion from the dreaded planet Duplon.

There will be some minor spoilers ahead so if you haven’t seen the movie and don’t want ANYTHING ruined please turn away now.

Let’s get right into it shall we?

From the beginning  LEGO Movie 2 wastes no time. We are thrown into the events that were left off  at the ending of the original movie.  President Business has gone off on a golf /vacation trip. 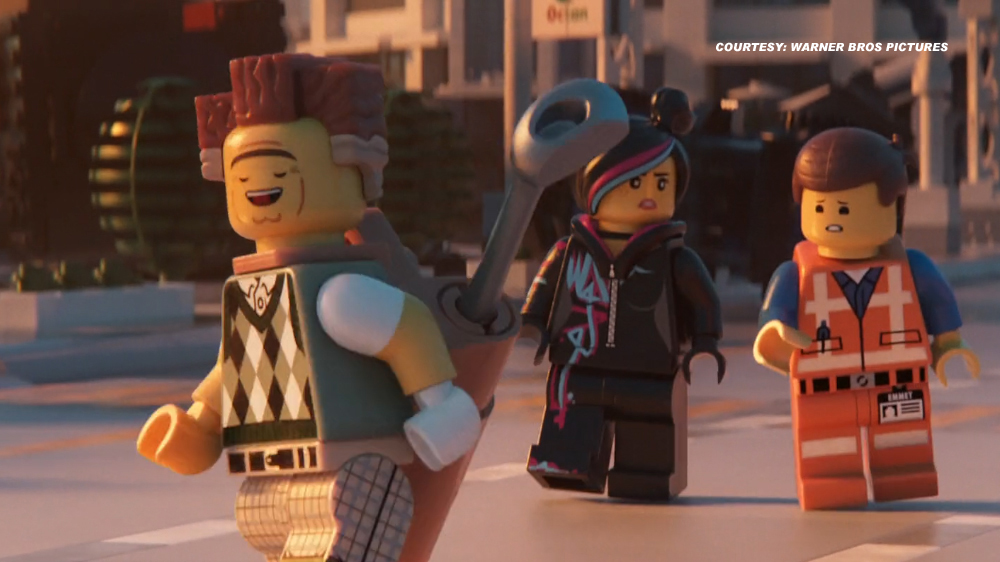 This allows for a clever work around due to Will Farrells’ filming schedule.

Finn is now older and around that age where most kids are tapering off their LEGO interest. Thanks to the all-mighty and cleaver “5  years later” tag line, 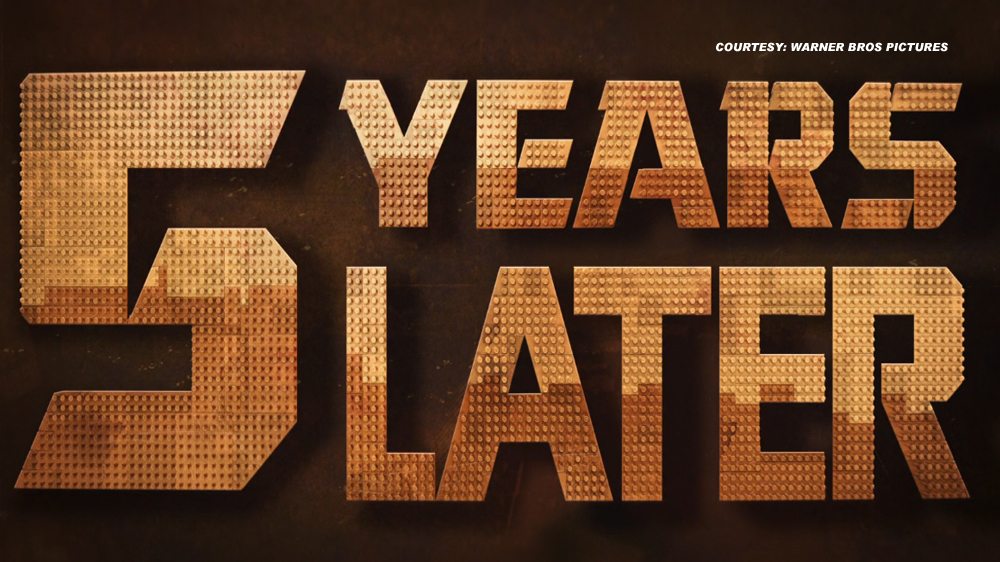 we are also introduced to Finn’s younger and imaginative sister, Bianca.

We also meet their Mom, played by Maya Rudolph, since Will Farrell was not able to film/voice the entire movie. 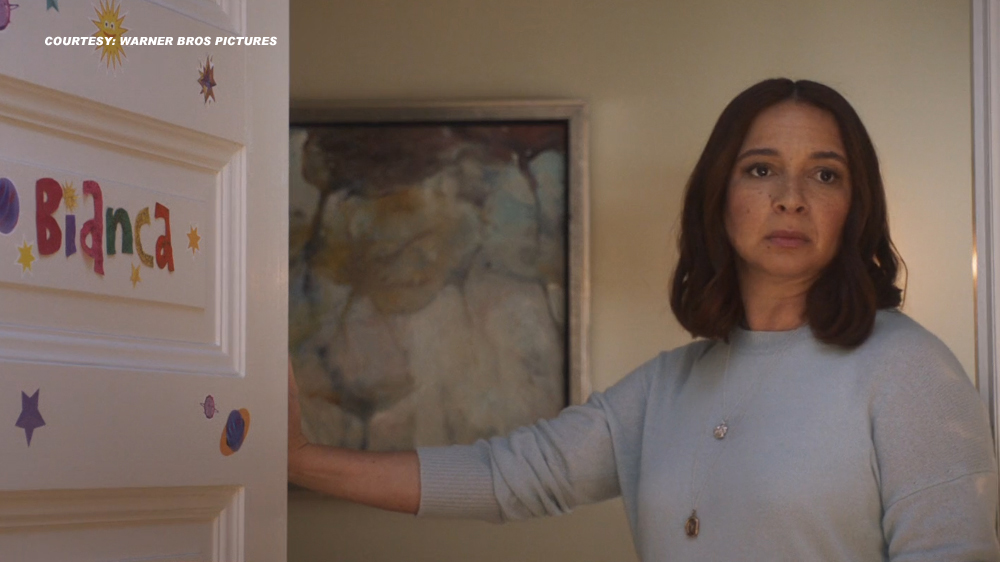 She spends most of the movie playing referee between her two fighting children and shouting at her husband who just happens to always be in another room (another clever work around due to fact Will Farrell was filming another movie during the same time as LEGO Movie 2’s filming schedule). We are also taken to a new Bricksburg, which has now become a dilapidated, apocalyptic Mad Max style wasteland called “Apocalypseburg”. Things have become this way for Emmet and the citizens of Apocalypseburg as a means of defense and to keep away the invaders from planet Duplon who they believe seem to be attracted to bright colours and pretty builds.

In Bricksburg we are reintroduced to the new Wyldstyle.  She has adapted to the grittier Apocalypseburg but our friend Emmet seems to be having a hard time adjusting to the darker ways of his once bight and buzzing city.

Our story really begins to unfold when a new unknown and unseen spaceship is seen scanning the remains of the once bight and colourful Bricksburg.

It’s here we are introduced to a new character by the name of “Sweet Mayhem” (a very cool and badass looking mini-doll figure) who tells our heroes of an impending ceremony and that some of the galaxy’s greatest leaders in the form of Wyldstyle, Metalbeard, Benny, Batman, & Unikitty have been invited. 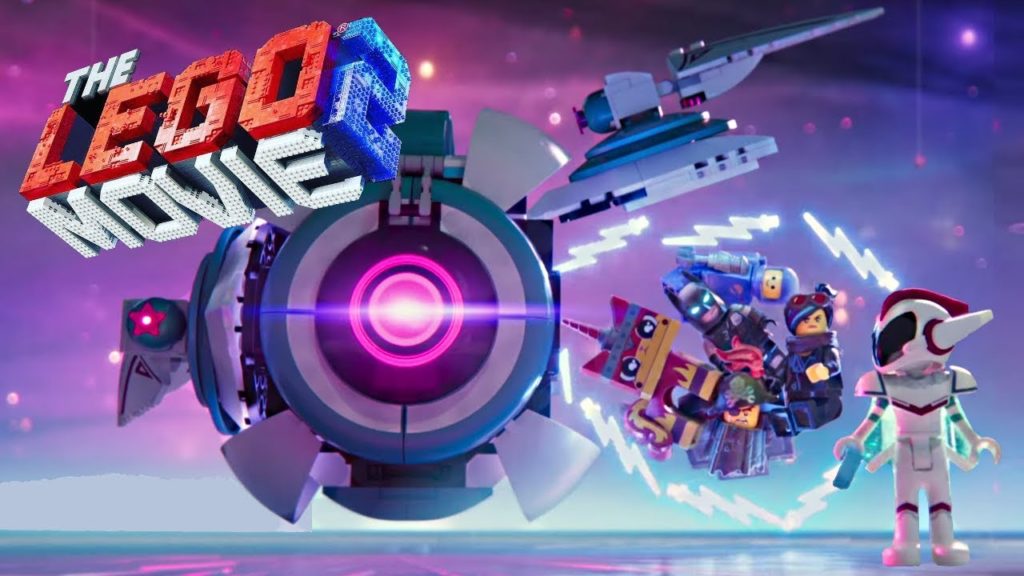 We also hear of a recurring vision Emmet has been having of a world ending event titled “Ourmomageddon”. Emmet is now desperately trying to prevent this event from ever happening (can you say Darth Vader anyone?).  Concurrently we are introduced to the “Systar System” and its Monarch called “Empress Queen Watevra Wa’nabi” (Voiced by Tiffany Haddish).

After a musical number tailor fit to each of our five leaders (Wyldstyle, Metalbeard, Benny, Batman, & Unikitty) we are left in awe of the newly introduced Queen – all  except Wyldstyle that is. She feels not is all that it seems and there is something bigger and more nefarious at play.

Meanwhile we are following Emmet on his journey to catch up to and save his friends. On his way he meets Rex.  Rex is a new character and from Emmet’s perspective is a total badass!  Rex even has a crew of Velociraptors (now tell me that isn’t actually badass) whom Emmet eventually recruits to help in the mission to save his friends from the Systar System

The plot of the LEGO Movie 2 is not bad at all. It does pick up right where the original left off so there  is no “catch up” sequence or “previously seen montage”. In keeping with LEGO’s values, the movie has a moral and life lesson to be learned. The main premise of this sequel is sibling rivalry, learning how to get along and play together, and remembering to use that dang imagination of yours. The constant cuts to “real life” during the movie help carry this narrative.  In the original movie the “real humans” were shown only at the end of the movie.  While the follow- up to the original doesn’t suck, it just doesn’t have that “wow” factor that the original had.

It goes without saying that all LEGO movies are really clever in their own right and The LEGO Movie 2 is no exception.  From their treatment of President Business, due to Farrell’s filming schedule, to the part numbers interlaced throughout the movie when the Master Builders are looking for pieces, to the randomly but fitting celebrity cameos peppered throughout (won’t spoil it for you), Warner Bros & LEGO certainly deliver the cleverness factor. 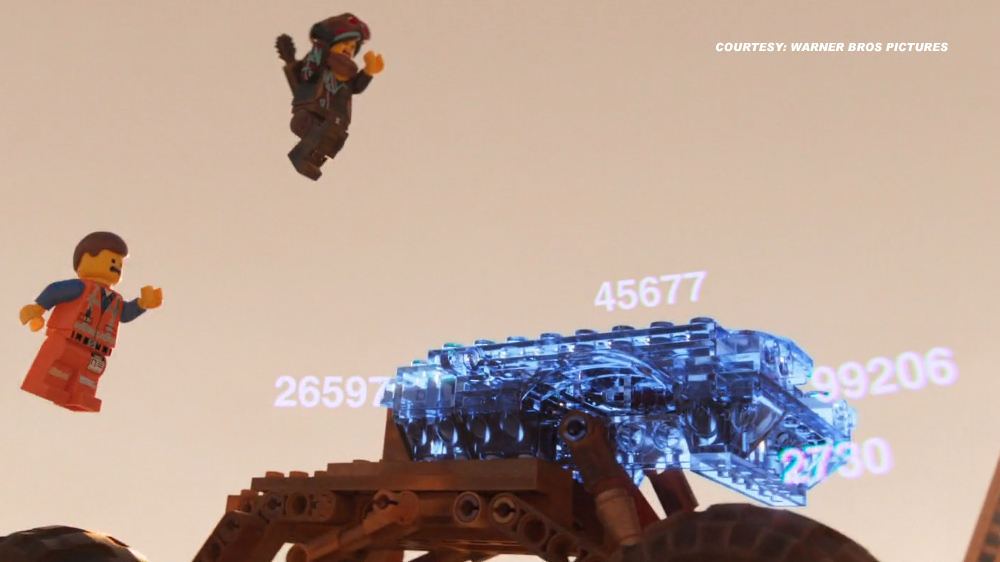 Well there is not much I can nit-pick here. The animation in this movie is so phenomenal that you might actually forget you’re watching a computer generated film.  You might actually think you’re seeing a brick film (a movie shot entirely with actual LEGO bricks). The textures of the minifigures, the subtle scratches on their faces and torso pieces are phenomenal. The animators and especially the texture artists really knock it out of the park when LEGO bricks are involved.

Overall the LEGO Movie 2 is not a bad movie at all. It’s a sequel and sequels do have this hard burden of not being able to live up to the original (Terminator 2 being one of these cases.)  All elements are present and no original cast member was replaced.  However, the ride seems somewhat different than the original.  The movie did have a hard time holding my attention in places… almost underwhelming.

All in all, The LEGO Movie 2 does NOT disappoint. From the animation, to the clever little bits of detail, to the cameos (from both minifigures & celebrities), to the LEGO set builds, fans of LEGO will not be disappointed.  We here at WhamBamMovieJam are giving The LEGO Movie 2 a solid 7/10.

The LEGO Movie 2 is far better than the LEGO Batman Movie.  It is on par with the LEGO Ninjago Movie for cleverness and entertainment value.  However, it is not quite as good as the original LEGO Movie.  That is only because like Star Wars, The LEGO movie and all its clever elements and animation style had not really been done yet on a scale THAT BIG with a budget THAT VAST. The only thing The LEGO Movie 2 suffers from when being compared to the original is, that it is indeed a sequel.

So, if you haven’t done so already get down to your favorite streaming service or movie retailer and pick yourself up a copy of The LEGO Movie 2.

There you have it folks, a solid 7/10 for The LEGO Movie 2 from The Critics here at the WhamBamMovieJam. From myself and the folks at Firestartoys and Minifigures.com thanks for reading.