So we’re coming close to the last few LEGO Marvel retrospectives! I’ve really been enjoying these, and I hope you have too! Today, we will be reviewing 2018. In my opinion, 2018 was the last great year of LEGO Marvel. This is kind of a weird article for me, as I am writing this using my iPad. Unfortunately, I spilled a glass of water onto my Mac and I don’t particularly enjoy typing on tablets. But that’s enough about me.

This first part will focus on one of the most anticipated Marvel waves of all time: The Avengers: Infinity War sets! We were all hyped for this wave, and waited patiently for the newest figure to leak, and finally the sets to be revealed. Before we jump into it, 2018 was a massive year for LEGO Marvel, and I want to do each of the sets justice. Therefore this will be my first ever three-part article! So sit back, grab a coffee and enjoy!

This was a really great small set from the wave, retailing at $15 USD. We received our first Outrider minifigures – the army building character of that wave. They had really nice-looking head and torso prints. We received a new neck attachment which had clips to place four extra arms, all of which were movable. This figure was great, although I’m quite frustrated LEGO didn’t give them leg printing. It’s just that extra effort that would’ve gone a long way. If you want a more in-depth analysis of my gripes surrounding this issue and more, go check on my LEGO Marvel rant.

We received a new Captain America variant that wave – one with a scruffier look as he at that time was a fugitive from the government. He had a new dual face print, and a washed-out torso. Two claw pieces were included with him to represent his new shields. Again, he would’ve benefited from brown and blue dual-moulded legs to represent his boots. Black Widow, also a fugitive during that time, had a very different appearance. He hair was blonde this time around, and also used the Jyn Erso face, and a reused leg print from another character. She only had an exclusive torso print to represent her green vest from the movie. 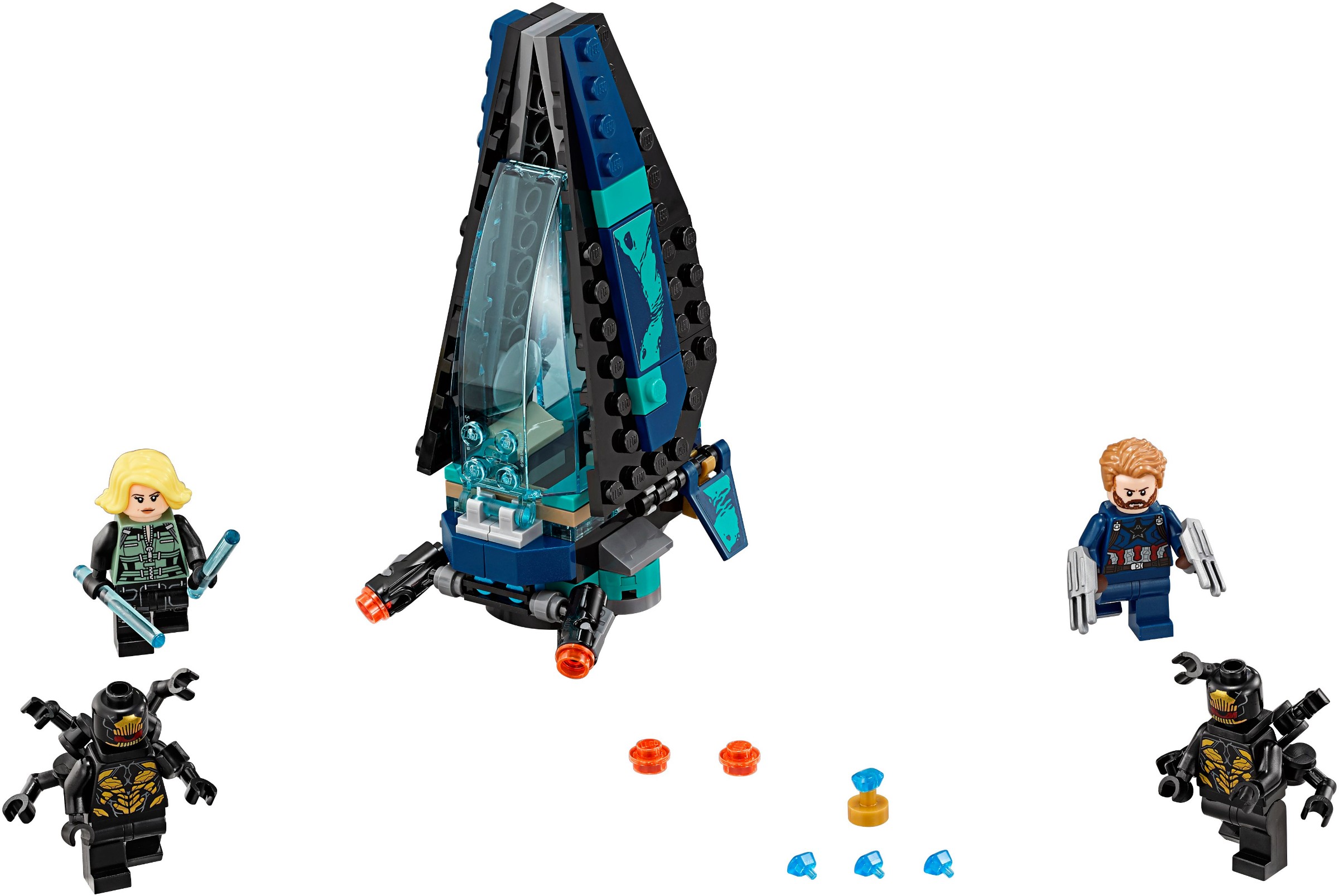 The new gimmick with this wave was that of the new Infinity Stone pieces. Basically, the whole movie centred around Thanos, who tried to collect all the Infinity Stones so he could wipe out half the universe to prevent a galaxy-wide resource and food scarcity, and the Avengers were trying to stop him. This set included the Space Stone.

The Outrider Dropship was a cool battle pack like build. Although it was severely undersized, it was very accurate looking. Both the side panels and the windows could be opened after it dropped down onto land, and the Outriders could be deployed. The interior only consisted of a control panel and seating for the Outriders. Overall, a great set and a good battle pack for the wave, although I wish we got a third outrider instead of one of the heroes, like other Marvel battle packs before.

This was a great $20 USD set, and after many found the hidden play-feature, it became a must-buy from the wave. The Thor minifigure was great. He was accurate to his costume from earlier on in the film, with exposed arms and no cape. He used the Thor: Ragnarok headpiece and the sleepy head hairpiece in blonde. His torso was cool, but I wish he got leg printing. He received a brick-built version of his new hammer, Stormbreaker, which he forges in the set.

Teenage Groot was another nice addition to the set, with a completely new head mould and torso print. He received the vine pieces in brown, and again would’ve benefited from leg printing. Finally, Rocket Racoon was another sensible addition to the set, as he too was in this scene. Using the head mould from previous sets, there wasn’t much to change about him. His torso was cool, and he came with a very underwhelming blaster, in comparison to his other elaborately built ones. The Power Stone was included in this set. 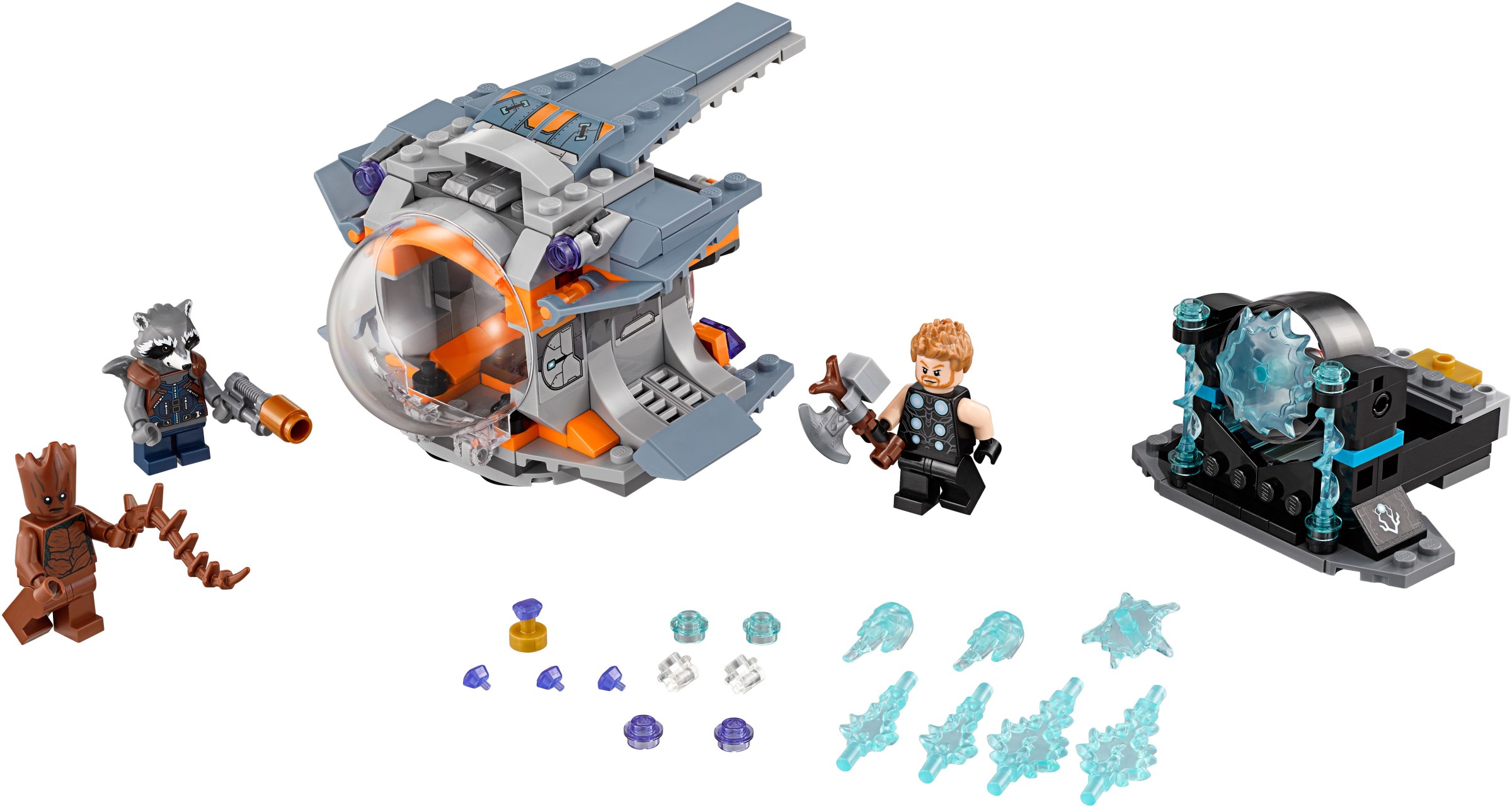 To get it out of the way, the forge was a neat build. It used some of the Power Burst pieces to create a lightning effect. The mid-section could be spun around via a simple Technic build. Below it, a down-facing door could be pulled toward, to reveal Stormbreaker, and behind, the Power Stone. The build was a spaceship/pod, with a similar colour scheme to the Benatar from the Thanos: Ultimate Battle set which will later be discussed.

The pod had two openings, using two different windshield pieces, one more flat, and the other, round. It had a few stud-shooters, but that was about it. The secret play feature that nobody knew until the first reviews of this set, was its ability to attach to the Benatar from the Thanos: Ultimate Battle set. It could be connected via Technic pins to the back on the ship from that set. This was such a cool play-feature, which I hope other waves will do in the future. It was just so cool.

This $30 USD beauty was definitely popular with kids. We got our third Falcon minifigure, with a dual face and torso print. This time, his second face didn’t have goggles on it, which was cool. His wings were also different, as they were brick-built this time, opposed to being moulded. The Bruce Banner minifigure was a complete repeat from the Thor: Ragnarok wave and therefore wasn’t accurate at all to the set.

The new character in this set was Proxima Midnight, who was the first minifigure leaked from this wave. For those who don’t know who she is, Proxima is one of the members of the Black Order, a group of Thanos’ adopted children. She had a newly moulded hairpiece, with a really detailed head and torso print. Finally, we got an Outrider, which was fine, as it was a great army builder. I want to enforce how we needed leg printing on all these minifigures. Finally, this set included the Soul Stone. 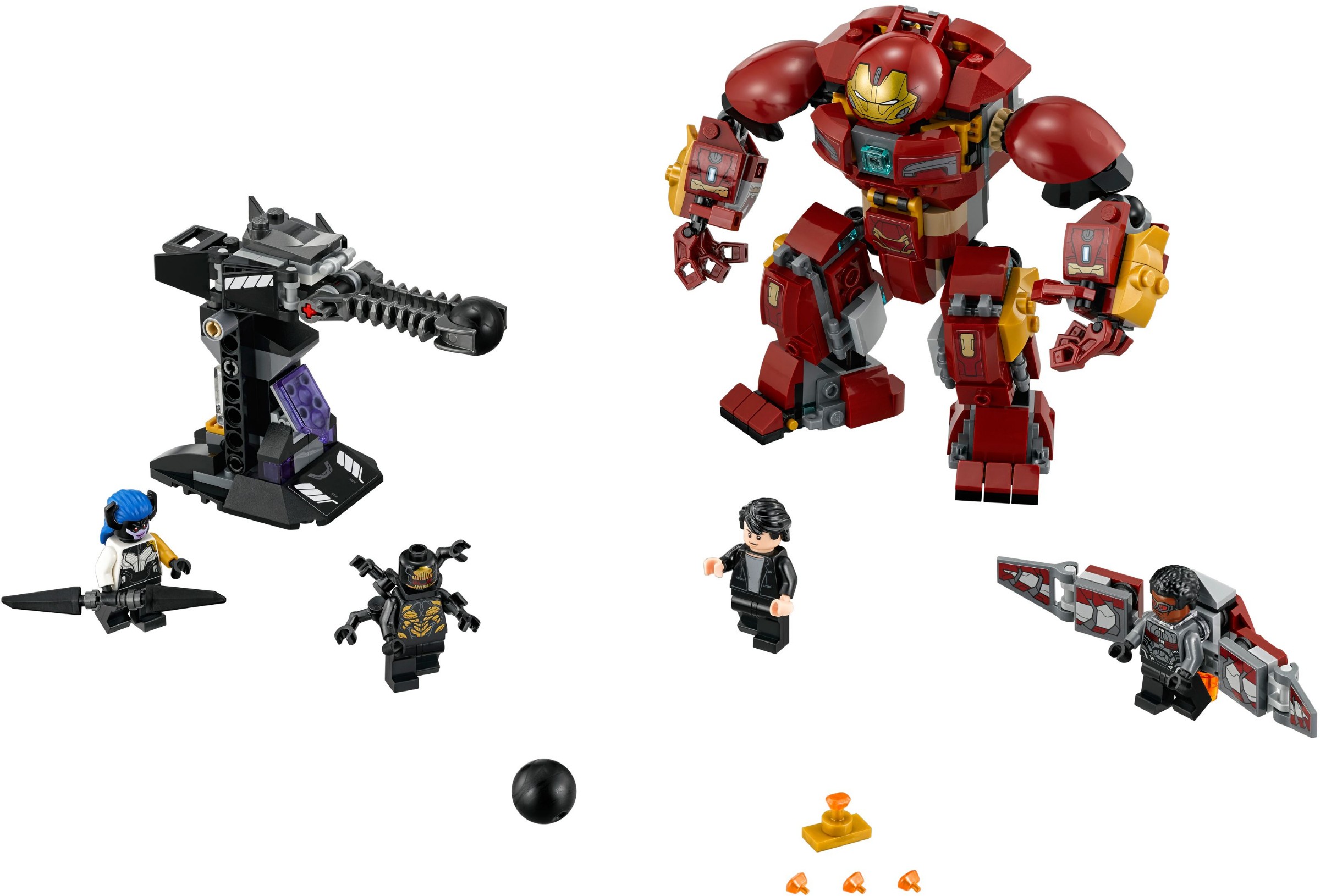 The Hulkbuster was a solid build. They looked at everything they did right with the earlier model, and managed to improve it tenfold. The whole body, going into the legs was beefed up. It had poseability on both its hands and legs, and you could’ve fit Bruce Banner into it. It also had an arm moving function which could be activated by turning a 2×2 cylindrical brick which was a part of a Technic system. For a more in-depth breakdown of this Hulkbuster, and it’s other variants. go check out Which Hulkbuster is the Best: The Ultimate Showdown.

The cannon build was a cool throw-in. It was able shoot a ball at the mech. However, by using the arm function, the cannon could be disabled by knocking the Hulkbuster’s arm on the its front side. Behind the cannon there was a storage space for the Soul Stone. For $30 USD it was pretty good, although the minifigures were lacking – especially in leg printing.

And that’s it for Part 1! Weirdly, it ended up a longer article than I intended. The Outrider Dropship review especially took me a while to really do an in-depth analysis on. That means that Part 2, which will be releasing soon, will be based on the rest of the sets from the Infinity War line, while Part 3 will follow the other LEGO Marvel sets released back in 2018. So for now, take care!