Today, we’re going to look back at the past of LEGO Star Wars, more precisely to year 2012. Why 2012? Because all sources of Star Wars media were present at that time – movies, Clone Wars TV series and video games and LEGO managed to produce great sets for all of them!

We should of course start with the Original Trilogy sets. The biggest set of the wave was set 9516, second version of Jabba’s Palace previously released in 2003 as set 4480. This brand-new version was a big improvement, because unlike in the previous one, both the interior and exterior were shown! Set also came with a new version of Jabba the Hutt, Bib Fortuna and Gamorean Guard. Salacious B. Crumb, Twi’lek dancer Oola and Princess Leia in Boushh outfit were released for the very first time in this set and have remained exclusive to this date. Already perfect set was made even better a year later with the release of set 75005 Rancor Pit to recreate famous scene from Return of the Jedi.

Even though Leia managed to save Han from his carbonite prison, they couldn’t escape Jabba’s might and Han and Luke are about to be executed. Fortunately, Luke and Lando have a plan! 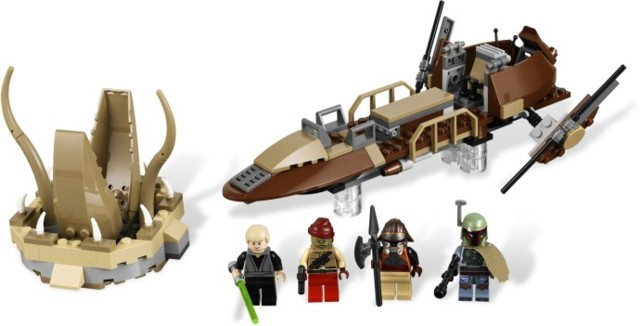 After a lot of struggles, Rebels have managed to reach the forest moon of gas giant Endor. There, they have to fight imperial units guarding the Death Star II shield generator. Set  9489 brings back iconic Scout Trooper and 3 more minifigs as well as a speeder bike and a tree trap. 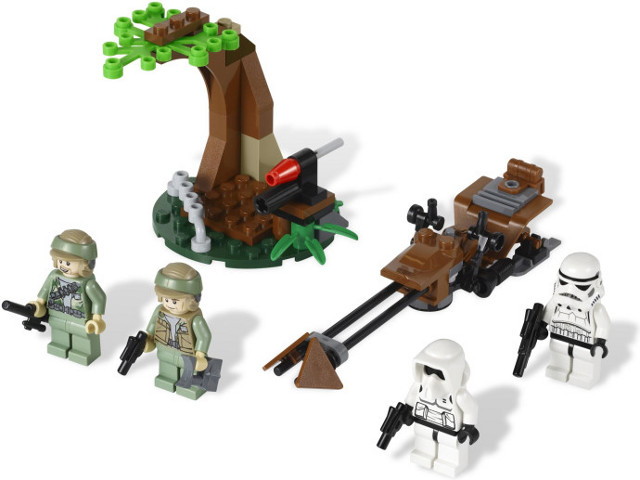 Year 2012 was also very generous towards Episode IV fans, as 3 different starfighters from the movie were released. Rebel Alliance enthusiasts could grab either set 9493 X-wing or 9495 Gold Leader’s Y-wing. They retailed for 49£/59$ and 49$/49£ respectively. It’s interesting to point out that even though UK RRP was same for both sets, while in US they were priced differently, Y-wing had 100 pieces and 1 minifigure less.

Both sets introduced a new molded head for astromech droids and Jek Porkins debuted as a lego minifigure and has unfortunately remained exclusive to the X-wing set alongside his astromech R5-D8.

Y-wing offers Princess Leia in her Celebration robes, never released after or before 2012 as well as gold leader Dutch Vander and his R2-A3 droid companion. Can you think of a better evening than watching A New Hope once again and building one of these sets?

As for the Empire fans, new TIE/ln Starfighter was finally available after seven long years, for the first time in black and grey instead of black and blue used is early 2000s. Minifigs included Death Star trooper with brand new helmet mold, new imperial astromech, imperial officer and of course TIE fighter pilot himself. Nothing can stop you from reimagining the Death Star Trench Run scene   now! 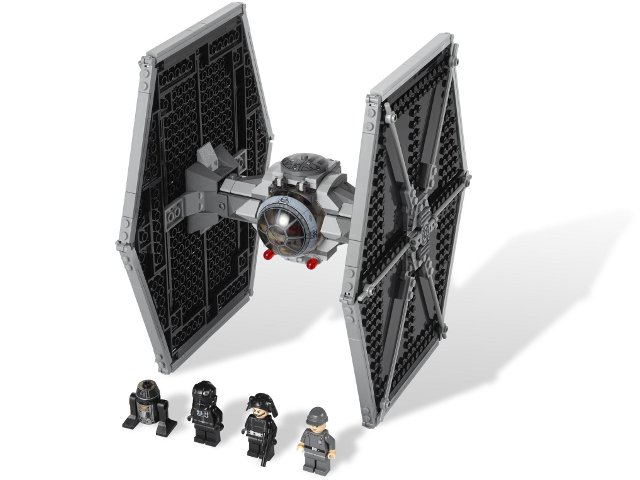 New Sandtroopers also appeared in set 9490 Droid Escape alongside beloved droids R2-D2 and C-3PO. Well-built escape pod allows us to recreate famous scene when droids escape from Tantive IV and Sandtroopers are trying to find them on Tatooine. 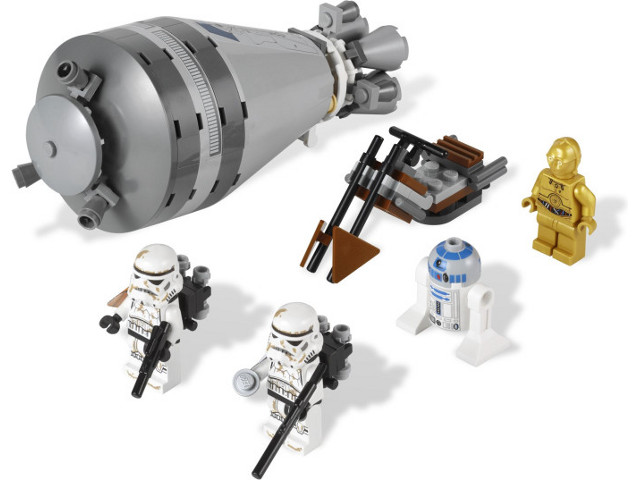 Elegant Gungan Sub was released for the first time since 1999 and it was beautiful. Huge improvement over the rather bulky 1999 version, the set also included stunning Queen Amidala figure in her red royal robes. She has become very rare and expensive over the years and for a good reason as you can see in the picture below. New face prints with breathing masks were made for young Obi-Wan Kenobi and his Jedi master Qui-Gon Jinn. Despite him not being loved by all fans, new Jar Jar Binks was a solid minifigure as well.

But the real treat for all prequel and especially Revenge of the Sith fans must have been the set 9526 Palpatine’s Arrest. This amazing display piece includes 6 figures, 5 of them in either exclusive outfit such as Anakin Skywalker or a completely new one like Zabrak Jedi Agen Kolar, often confused with Jedi Master Eeth Koth from 2011 set 7694 Republic Frigate. Quick LEGO trivia: Idea for this set first appeared as a part of 2009 poll on LEGO website, where fans could choose one set to be made as a part of 10th Year LEGO Star Wars Anniversary line, but Home One Star Cruiser was ultimately chosen by fans. 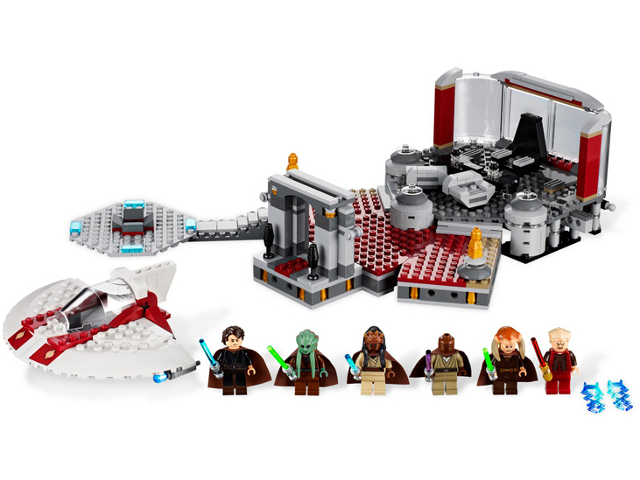 The memorable duel between 4 Jedi masters and evil Chancellor Palpatine saw the light for the first time in LEGO version form with the release of this set. This is also the only way to get Jedi  Master Seasee Tiin outside the Clone Wars line and Agen Kolar has never been released again.

However, Palpatine’s Arrest was not the only Episode III set of 2012. Anakin’s green Jedi interceptor was also released for the first time and allowed fans to recreate part of epic duel between former master and apprentice on the volcanic planet of Mustafar. Our only complaint would be lack of Padmé Amidala’s figure in her Mustafar Outfit as she has never been released by LEGO. 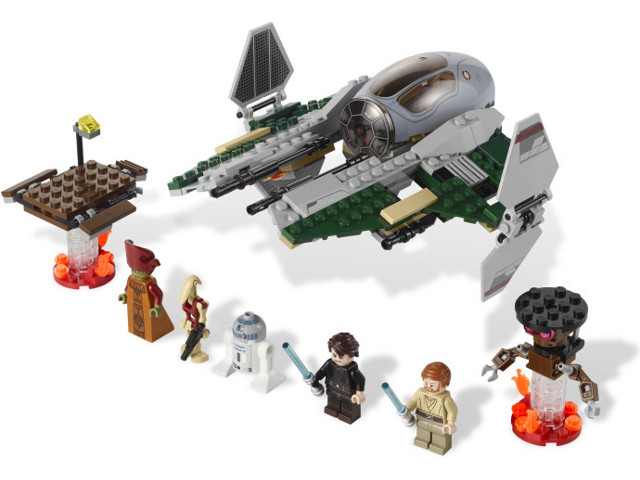 Moving from the silver screen to TV, early years of 2010s were gold mine for all Clone Wars sets, bringing in new Jedi, Clones and various aliens every year to both children and AFOLs.

Separatist super-weapon Malevolence from the first series of the Clone Wars series was introduced, giving us the first Separatis Capital Ship ever released and it makes great addition to for example Venator Cruiser from 2009. 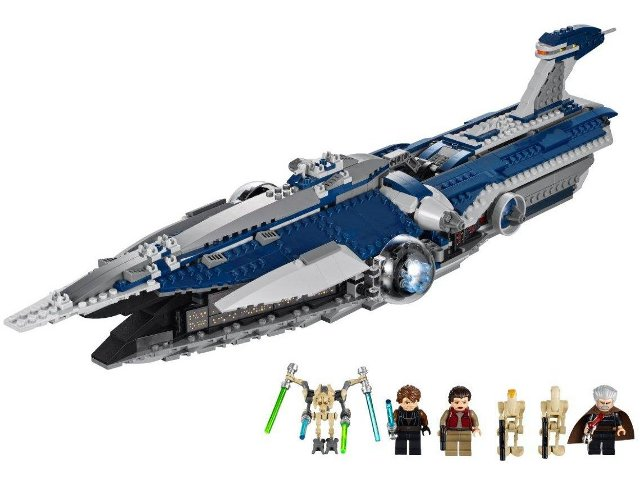 As the Clone Wars spread across the galaxy, new threat emerges from the shadows – the Mandalorians! After their debut in 2011 Battlepack, Death Watch got its leader in set 9525 Pre Vizsla’s Mandalorian Fighter. As the name suggests, fearsome Mandalorian warrior Pre Vizsla appeared for the first time as a minifig in this sleek ship. Even though the rest of figures is quite blend as both CW Obi-Wan and standard Mandalorian are pretty common, the set offers great value with this original ship design. 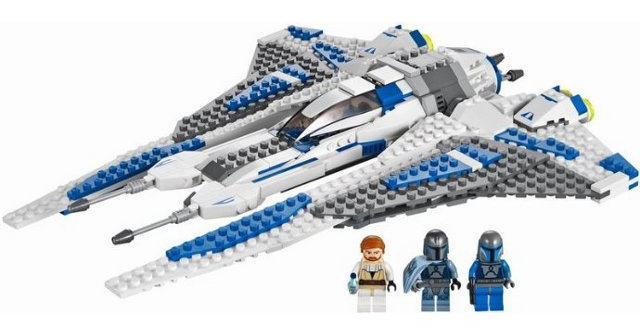 To reinforce the Republic and its military forces, Jedi generals Even Piell and Seasee Tiin arrive to the battlefield with set 9498 Saesee Tiin’s Jedi Starfighter. This elegant dark green and white recolour of Delta 7 Aethersprite fighter will definitely bring fresh air to any starfighter collection. New Even Piell and beautiful green R3-D5 will surely please every minifigure fan as this is the only set where you can get them. 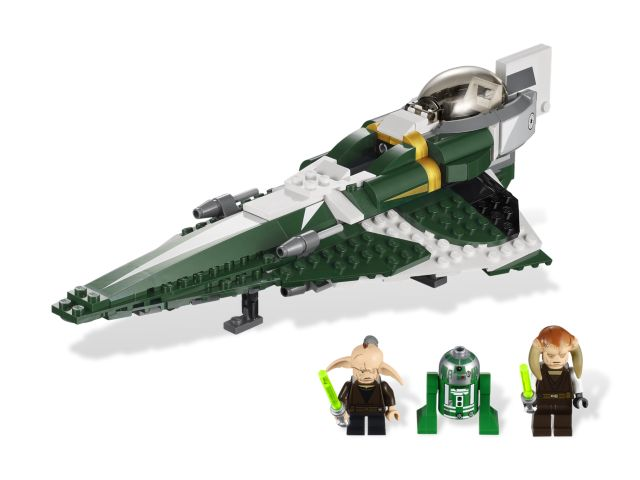 Even though the Republic has defeated Geonosians at the beginning of the Clone Wars at the end of Episode II Attack of the Clones, droid factories are working again! To stop them, we must join Jedi Padawan Barriss Offee and Clone Commander Gree in set 9491 Geonosian Cannon. This  cannon was featured in both the Episode II and the Clone Wars series. New version of Geonosians, including brand new zombie, is a nice touch and with Commander Gree in his Phase  1 armor being exclusive, this little set offers much more than you would think at the first sight. 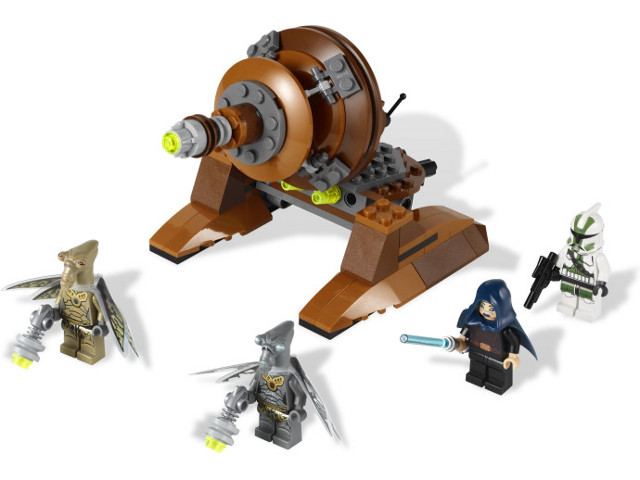 To counter the power of Geonosian Cannon, Republic army can use its own artillery, featured in Battlepack 9488. What makes it so special? Exclusive and beautiful minifig of ARC trooper as well as new print for already existing ARF trooper. Confederation of Independent Systems also brings new threat to the battle – special Commando Droids, ready to fight! Could we ask for more from a Battlepack? 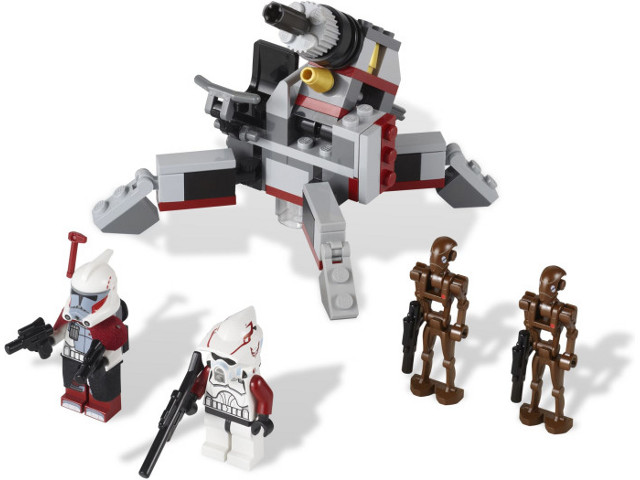 Thousands of years before the Clone Wars, Death Star or Darth Vader, war had already raged on between Jedi and Sith. Jedi master Satele Shan, first LEGO Jedi with doublebladed lightsaber, and her companions are ready to defend the Republic in Set 9497 Republic Striker-class Starfighter. Cool functions like changing position of wings and firing missiles make it a great set not only for Star Wars The Old Republic video game fans. 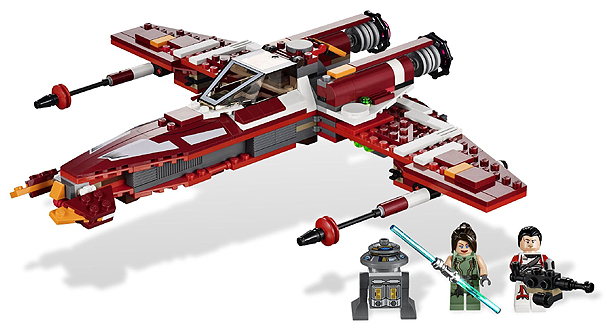 Ready to destroy anyone trying to stop him, Darth Malgus pilots his Sith Fury Class Interceptor alongside his Sith Troopers. This set shows the long evolution of design that has led to the famous TIE/ln Fighter. Darth Malgus has become highly desirable figure over the course of years and quite hard to find now, showing how attached fans have become to the Old Republic LEGO line.

LEGO has released another brand new line of sets in 2012. Planet models with minibuild of starfighter or other vehicle accompanied by a minifigure were introduced to public. Priced at 10$/£ each, they offered quite a good deal, including some exclusive or desirable minifigs such as Lobot in flesh colour for the first time. 6 Planet sets were released in 2012 and 6 more in 2013.

One brickbuild character and one Starfighter were released, let’s look at R2-D2 first.

After Yoda in 2002 and General Grievous in 2008, R2 became third character reimagined as a UCS set. Darth Maul’s bust was also released, but we only count fully built characters. For 149£, fans could build their favorite astromech droid. This UCS set also inspired many fans to create their own UCS style droids, try to Google them and you will see many great builds 🙂 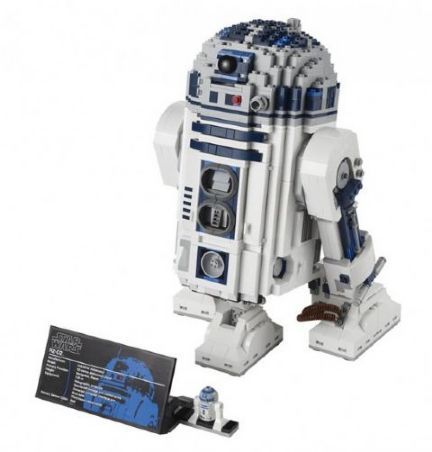 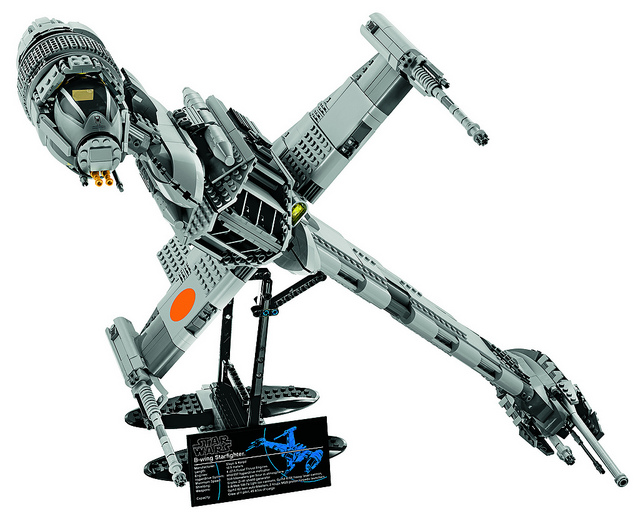 It’s worth noting that both sets have risen drastically in price.

Firstly, TC-14, droid shown at the beginning of The Phantom Menace when she was used by Nute Gunray to trap Obi-Wan and Qui-Gon Jinn, but his plane ultimately failed. This chromed minifig is a nice addition to any collection.

Second figure featured in polybag that year is probably the best Darth Maul minifig we will ever get. Shirtless and showing his Sith Tattoos, ready to crush his enemies.

We hope you enjoyed our retro post, see you soon!

Images from Bricklink and Brickset