I’m echoalive122_ and I make purist customs on Instagram.

Purist Custom: A fan made LEGO minifigure using nothing but LEGO parts (either to upgrade a minifigure that lacked detail or to create a character that LEGO never made in minifigure form).

It started with me going to the Disney Springs LEGO store (Florida). I got the 2007 AT-ST and those magnet sets (back when it was just a minifigure with magnets in the feet and there was nothing else attached to them). It just continued from there. 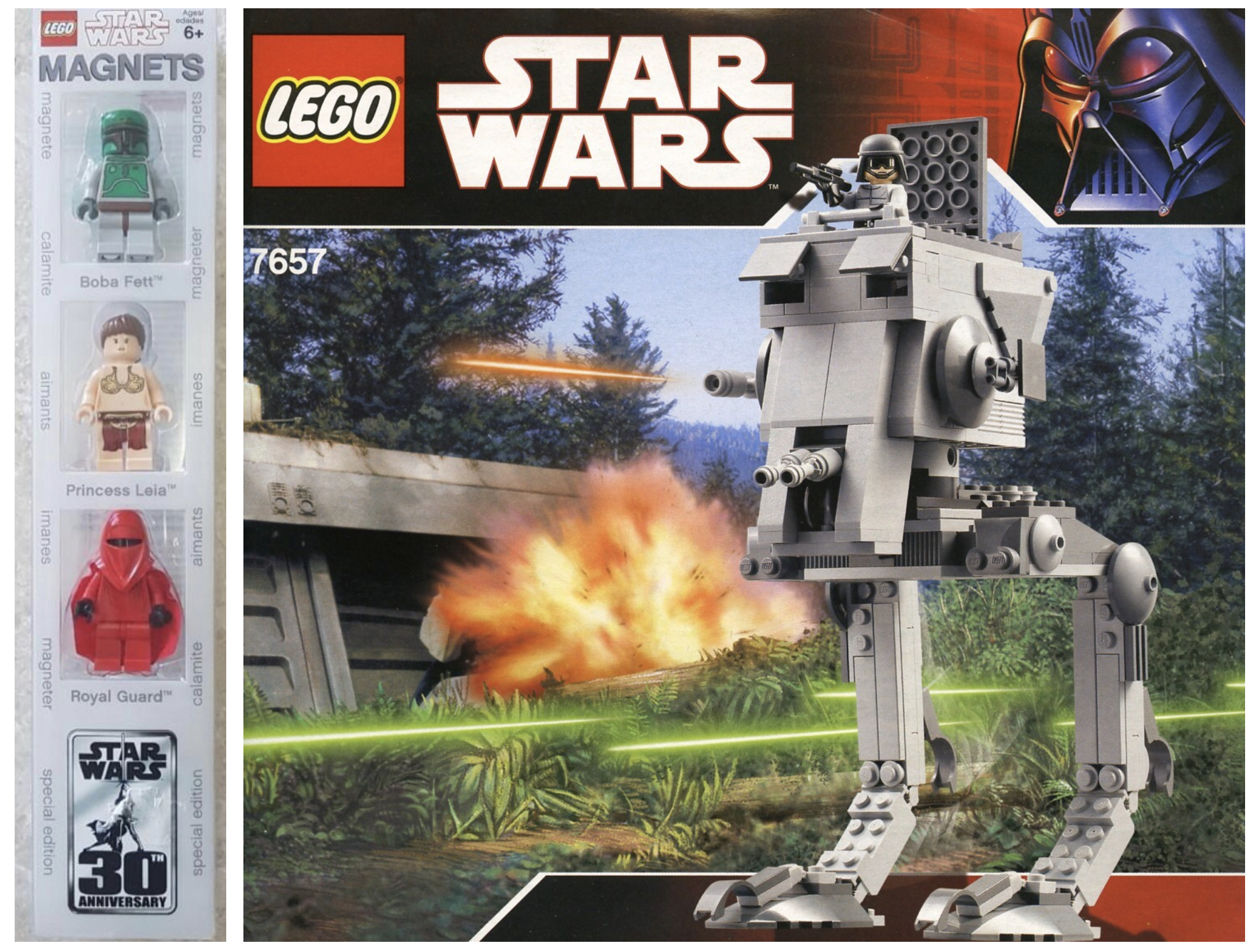 They don’t seem to mind. They don’t really see it as an obsession; just a hobby.

Star Wars. I’ve always been a huge Star Wars fan. I grew up with the prequels and the Clone Wars and when the Canon reset, I started getting into the books and comics.

I also collect, both LEGO, action figures and other collectibles. 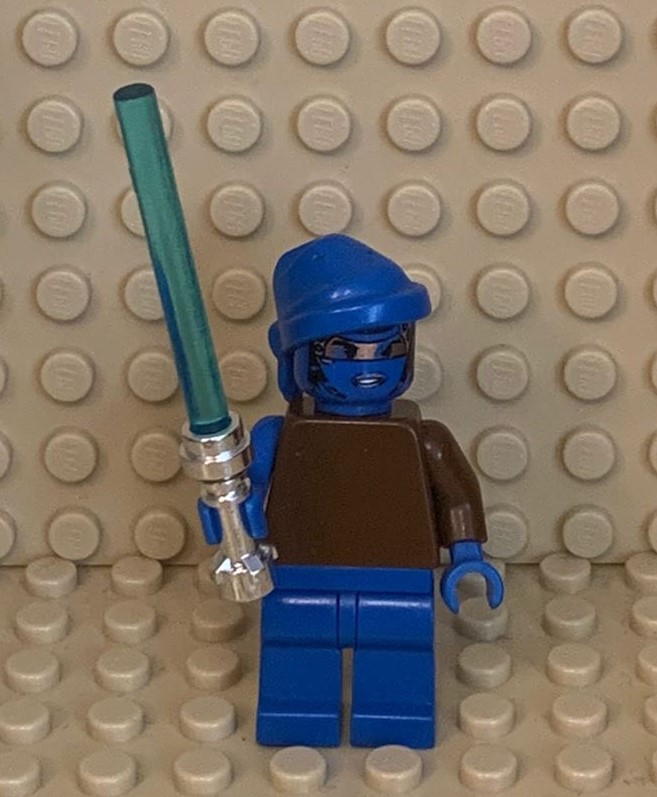 When I joined Instagram, I saw a few people using purist methods to create custom minifigures. At the time, lots of LEGO fans were over customising their minifigures. People used clay to add noses and ears to their figures. Sometimes they weren’t using LEGO bricks at all. It felt like there was a battle to see just how detailed custom minifigures could get. I felt like it was going a bit too far. Minifigure customization needed to take a step back and breathe. That was my goal with easy customs, to create “custom minifigures using just LEGO pieces”.

I actually started as a LEGO leaker. I had a small account but it was taken down after I shared images of the UCS Millennium Falcon before it was revealed in 2017. After a few days I realised that leaking wasn’t going to work for me. This led to me creating my “Purist Custom” series.

You’ve built a couple of MOCs over the years. Do you have a favourite?

I think it a has to be my custom Snap Wexley’s X-wing although I still have to order a few pieces to complete the model. Snap is one of my favorite characters, he was pivotal in the aftermath trilogy and has had a big impact on the new Canon. When it comes to LEGO, MOC building isn’t a main part of my passion. I just try it every once in a while.

What custom minifigure are you most proud of (you can choose a couple if you can’t narrow it down to one)?

I like them all for different reasons. I’m really proud of the First Order Executioner and 212th Clone Trooper because the upgrades were really simple but incredibly effective. 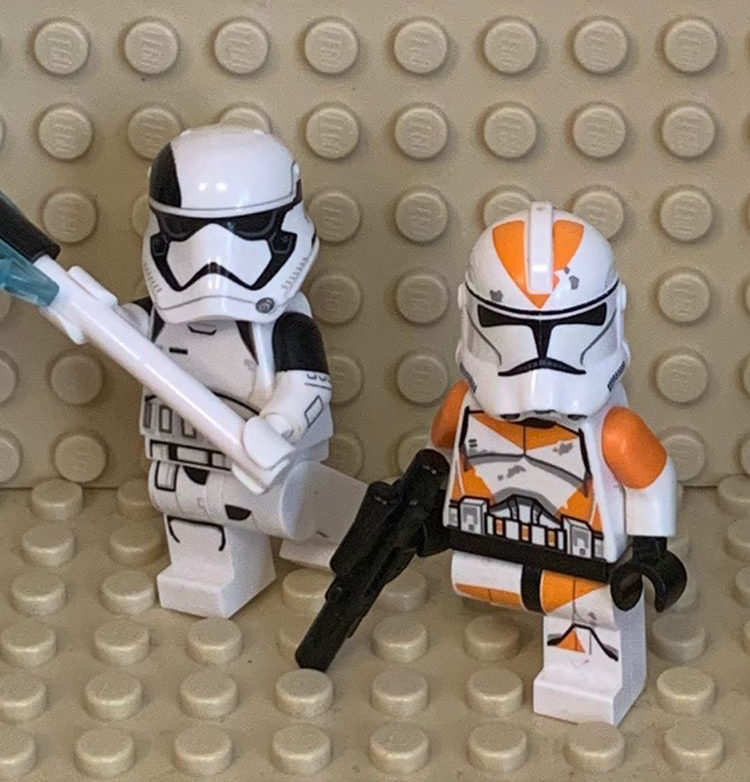 For the executioner I added Syndrome’s dual moulded arms to match the characters appearance in the film.

For the 212th trooper I added some obscure arms that were used for Marge Simpson in the second Simpsons CMF series. These arms added extra detail without going overboard. 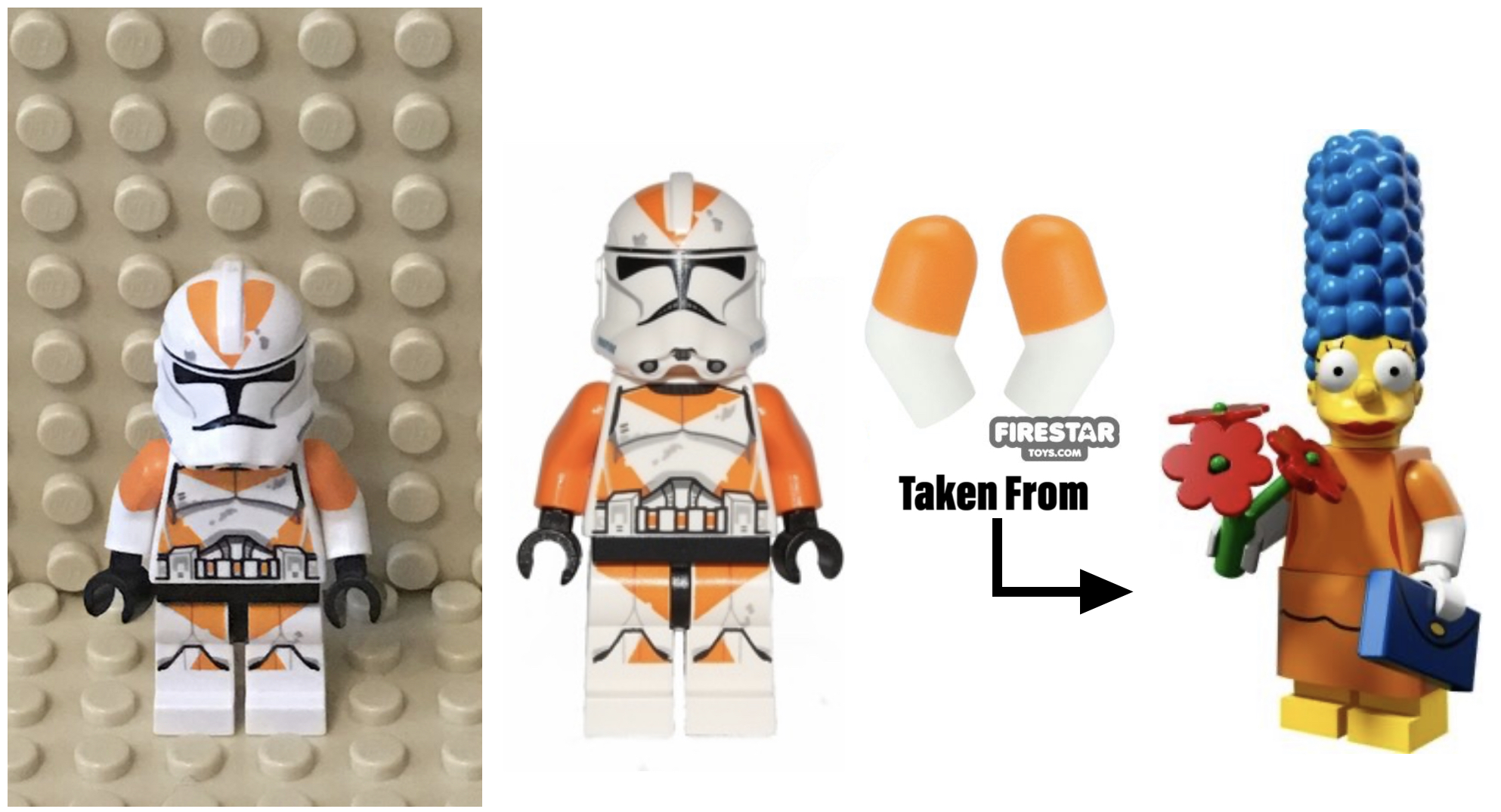 My Season 7 Echo minifigure was a very important custom to me because he is one of my favourite Star Wars characters and I really wanted to do him justice. I used the head of Gregor, the Rancor keeper’s torso and a few parts from collectible minifigure series. My Last Jedi Luke is also a favourite of mine for the same reason. 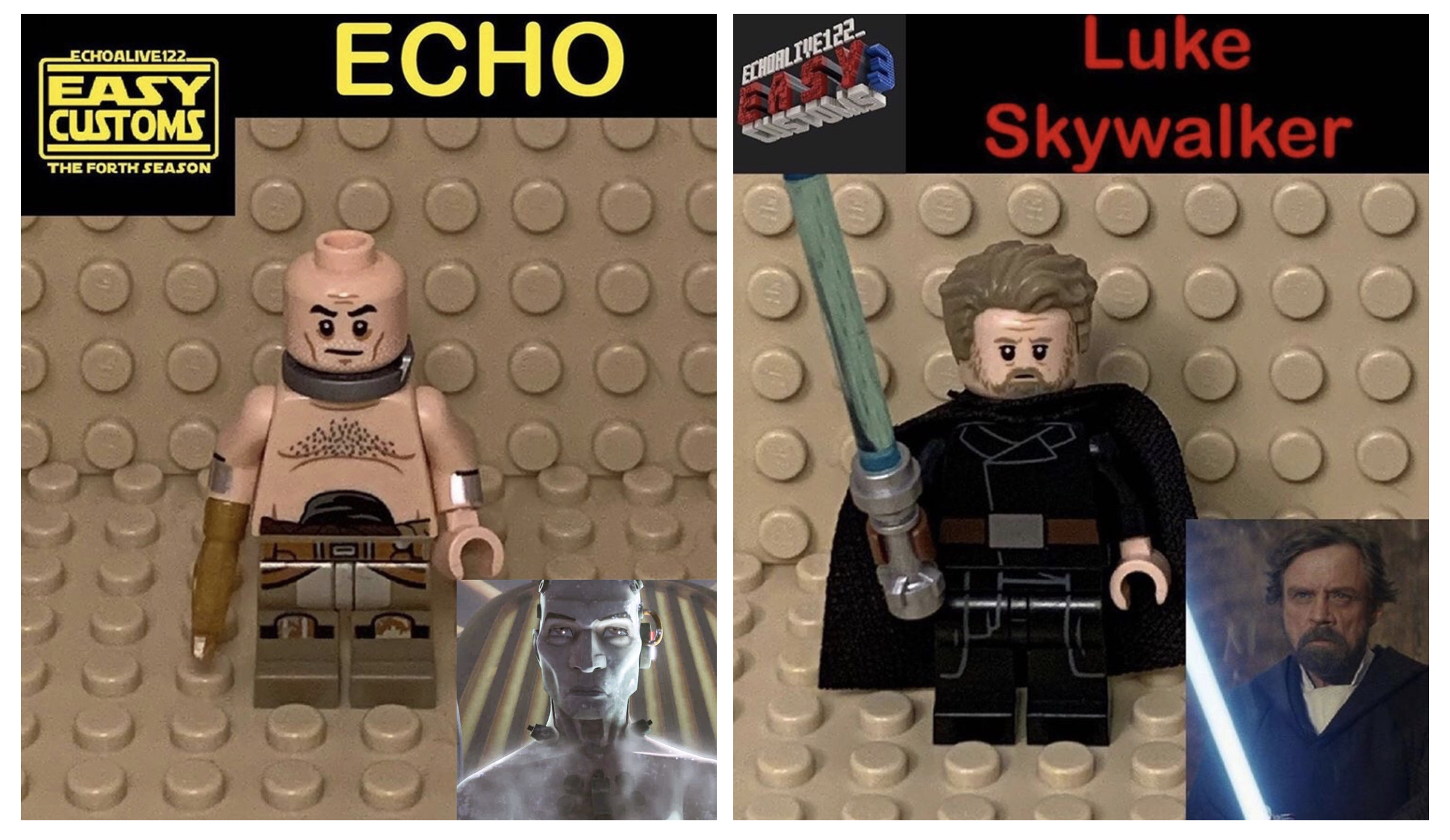 Finally, I’m particularly pleased with my Captain Canady. He had a very brief role in the Last Jedi, having around three lines. Despite his small amount of screen time his character really stood out to me. He was actually one of the first easy custom minifigures that I made. I still think he holds up really well. 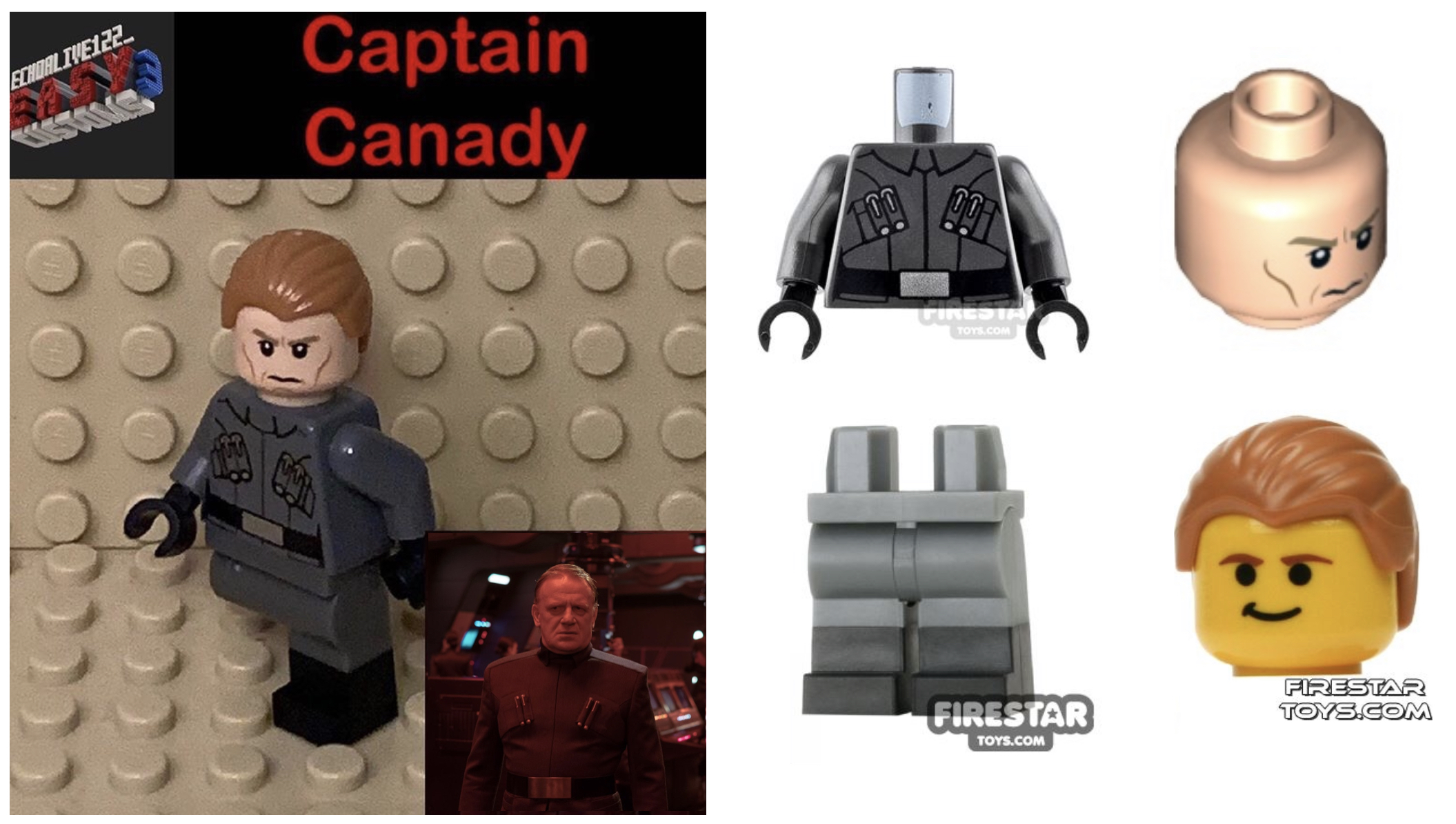 Hair, torso and leg pieces can be found here.

What difficulties do you face when creating Easy Customs (difficulties choosing parts etc)?

There are a few problems I face when creating easy customs. From trying to find original ideas to figuring out what piece works best, there are all sorts of challenges. When Clone Wars season seven came out, I got up at 3 AM to be able to add the finishing touches to my Echo custom just so I could post it before anyone beat me to the punch.

It can also be hard to find the right pieces. My Last Jedi Luke was particularly difficult. I was tweaking his design for months. I eventually found an obscure torso piece that most custom makers totally overlooked. Unfortunately, the hair piece only came in one of the team DFB Collectible minifigure series meaning it was very hard to get in the United States. 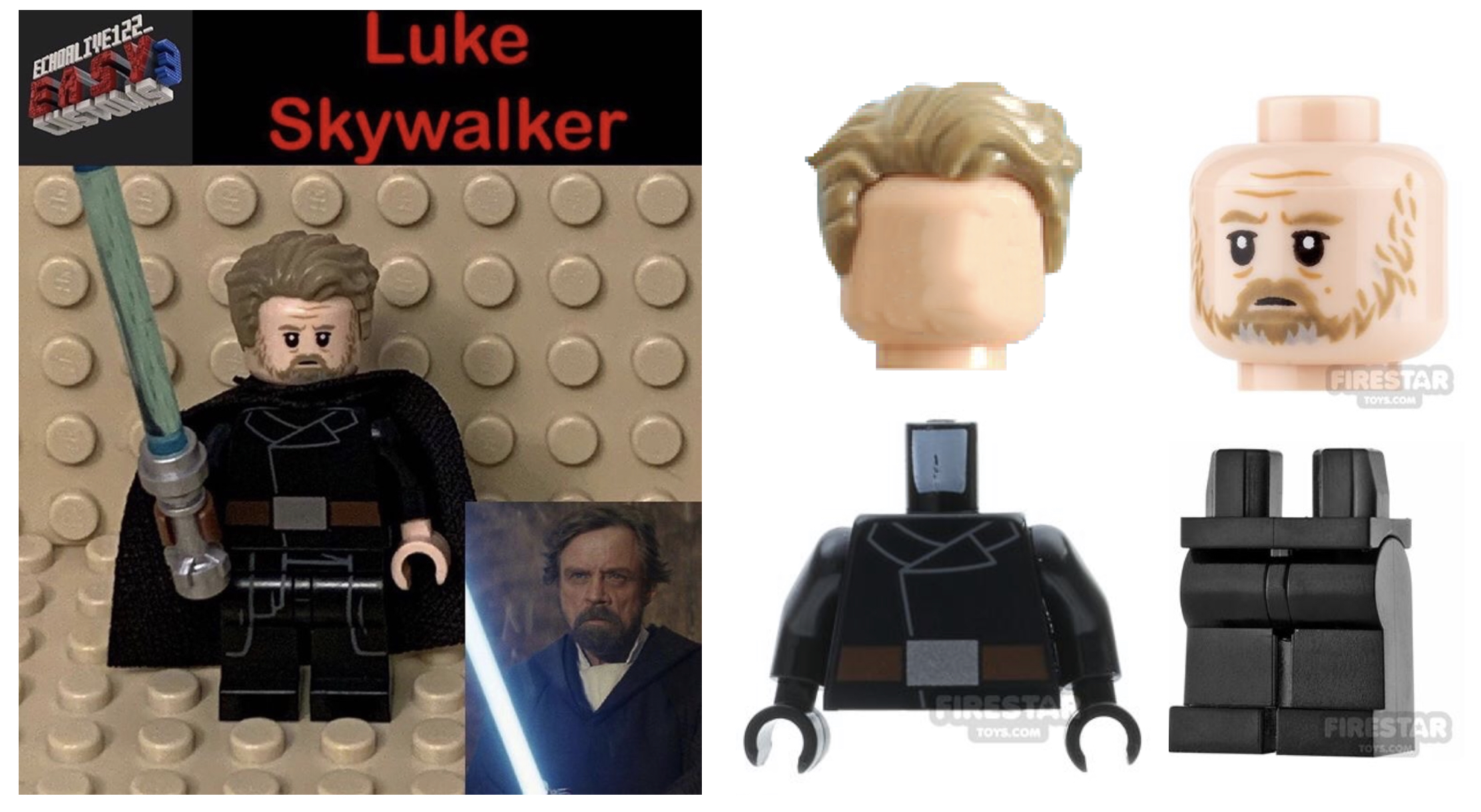 And that’s it, folks! Thank you, echoalive122_, for having this interview with us and letting us take a sneak peek into your world. As for everyone else, don’t forget to check out echoalive122_’s Instagram page!

Images in this article were taken from starwars.com, Brickset or they were kindly provided by echoalive122_

Interview with an AFOL: blvdbricks